One of my favorite things to do is spend time with my son's friends. I love having them over to play and like just sitting around and chatting with them. My goal for when I have teenagers is to have the house that kids want to be at and be a sort of parent that my kids like to be around and their friends feel comfortable with. I figure you have to start somewhere right?

...So I'm starting right now with marshmallows and chatting time around the kitchen table. 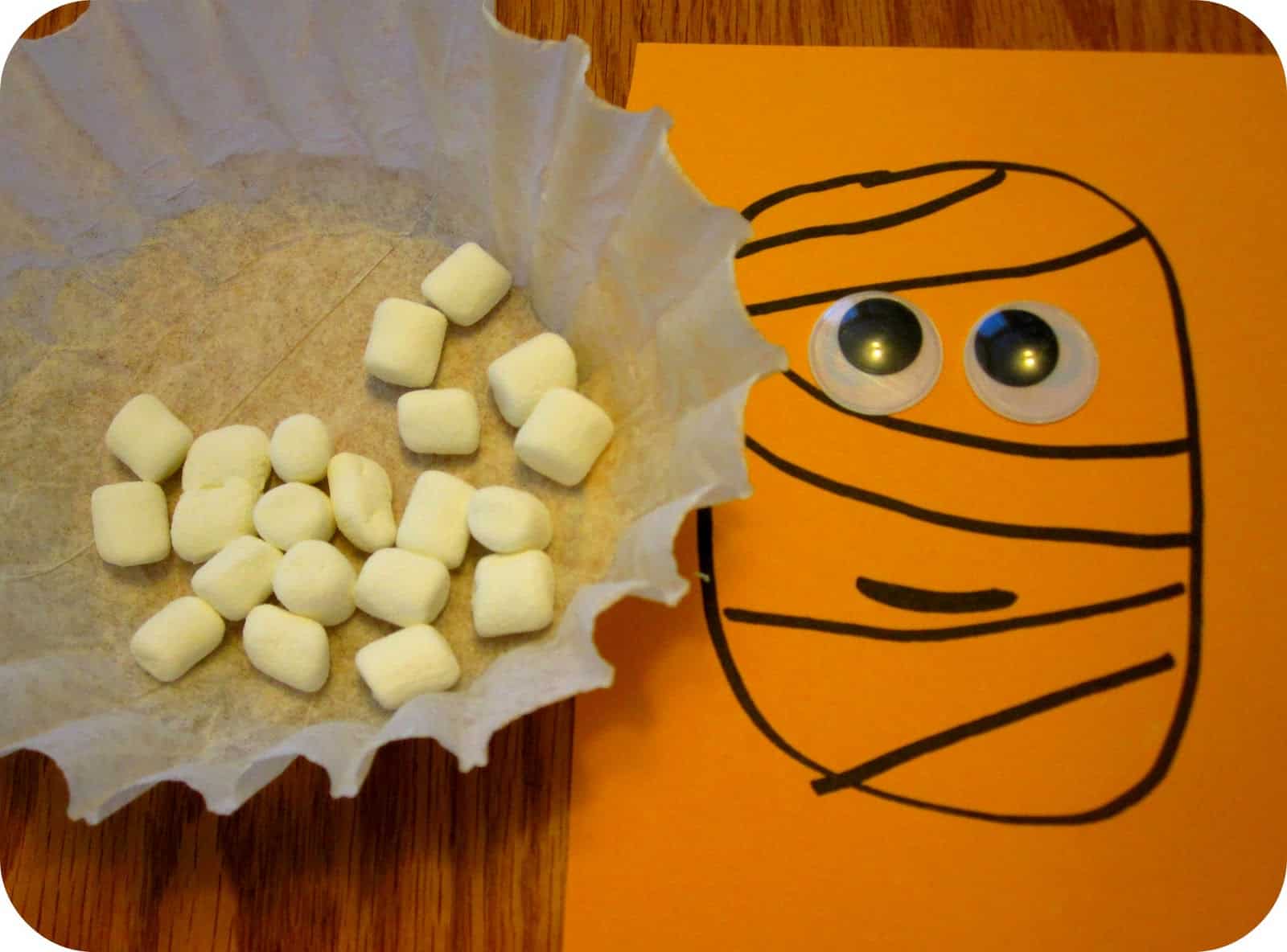 We got a bunch of new Halloween books from our Scholastic Book order today, so my little guy and I did a lot of reading before naptime. His favorite spooky characters right now are ghosts... so when it was time to start creating, he immediately decided to make a ghost! I decided to make a mummy and one friend chose to do a cat and the other picked a ghost as well. It was adorable to talk to them about what they were going to make. They were so excited! 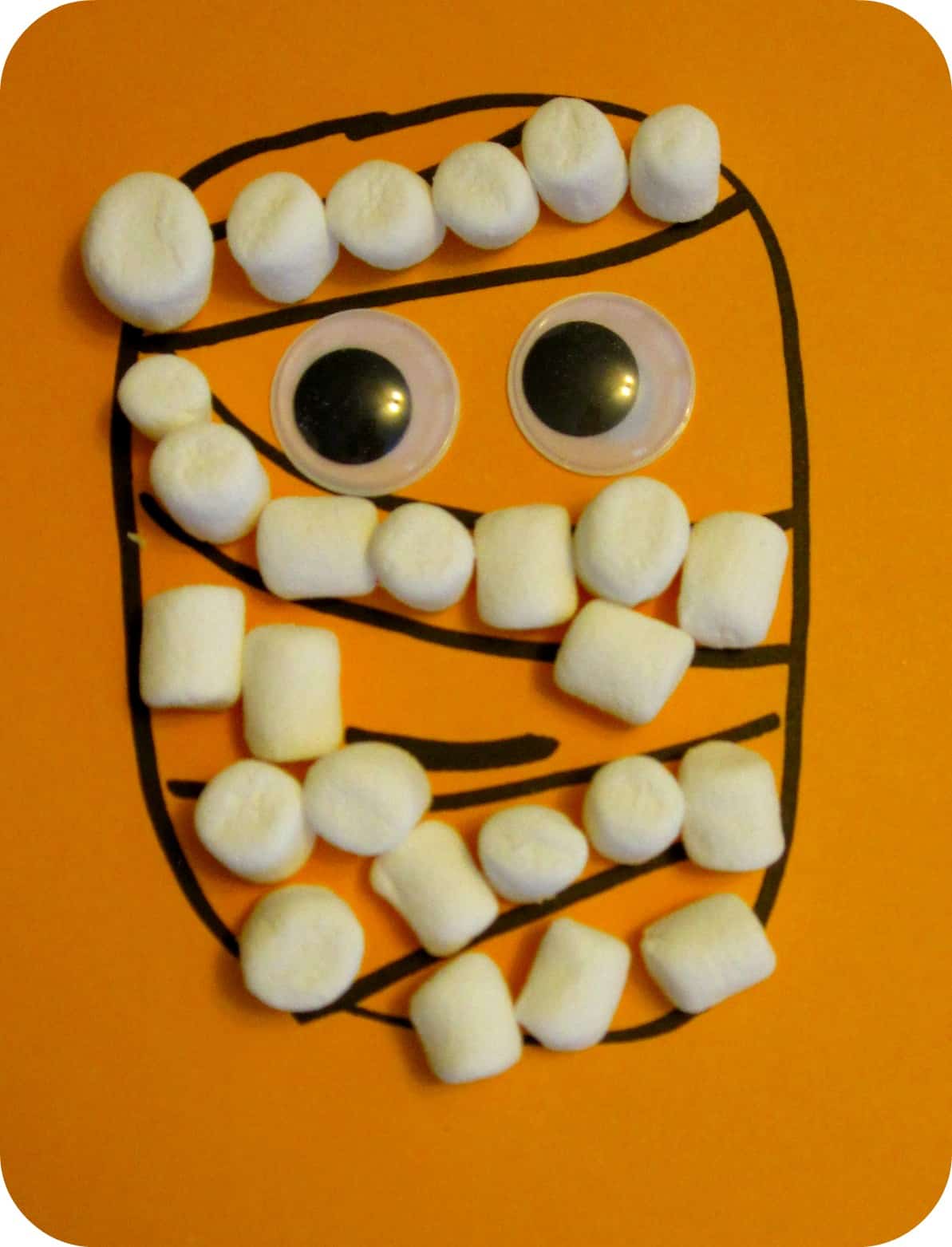 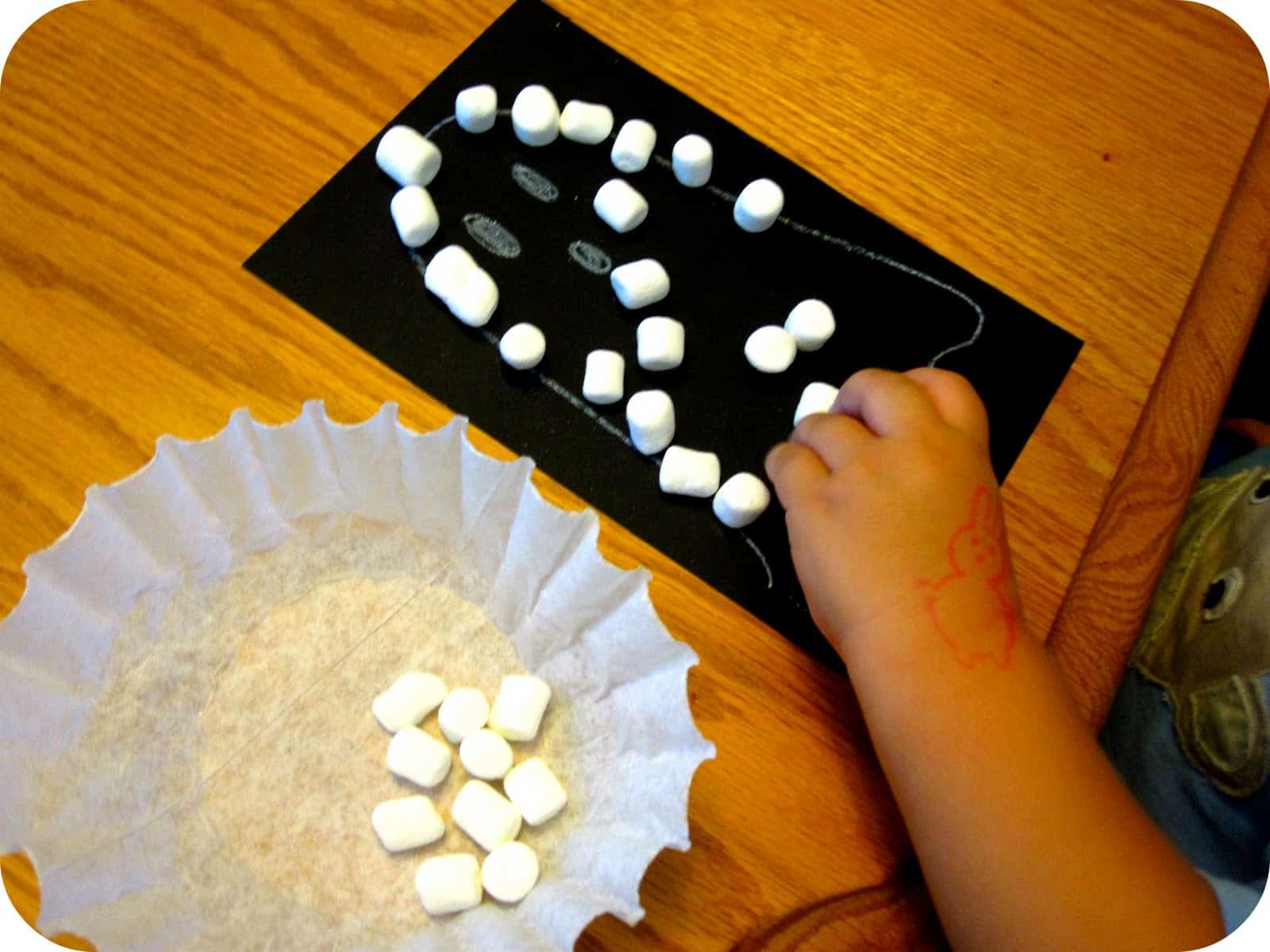 I chose not to use glue because I prefer to play with my food and then eat it... instead of playing with it and displaying it. 🙂 By leaving the glue off of this activity, the kids were able to sneak a few marshmallows here and there and then swap design cards around and take turns designing different pictures on lots of different cards. 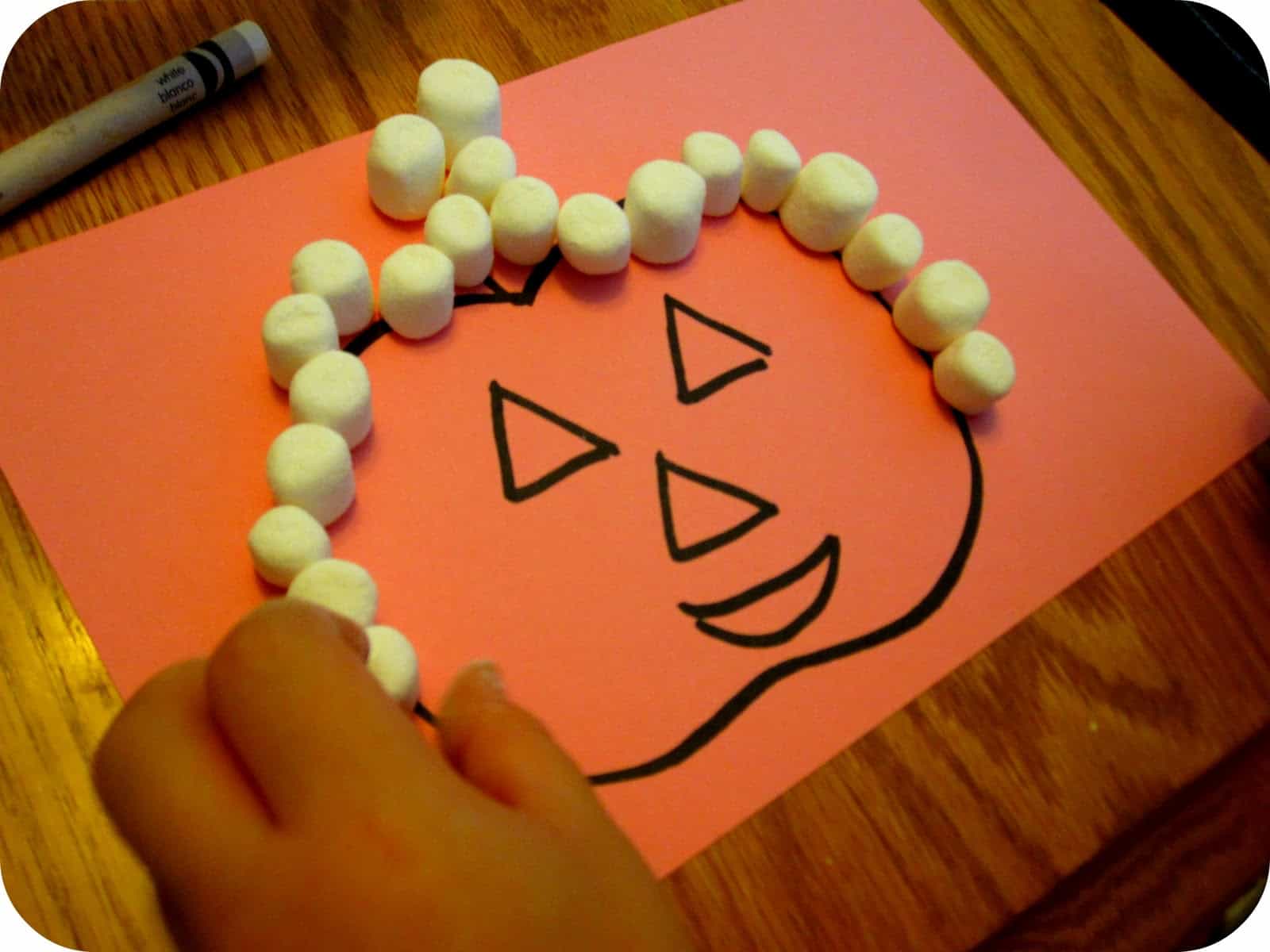 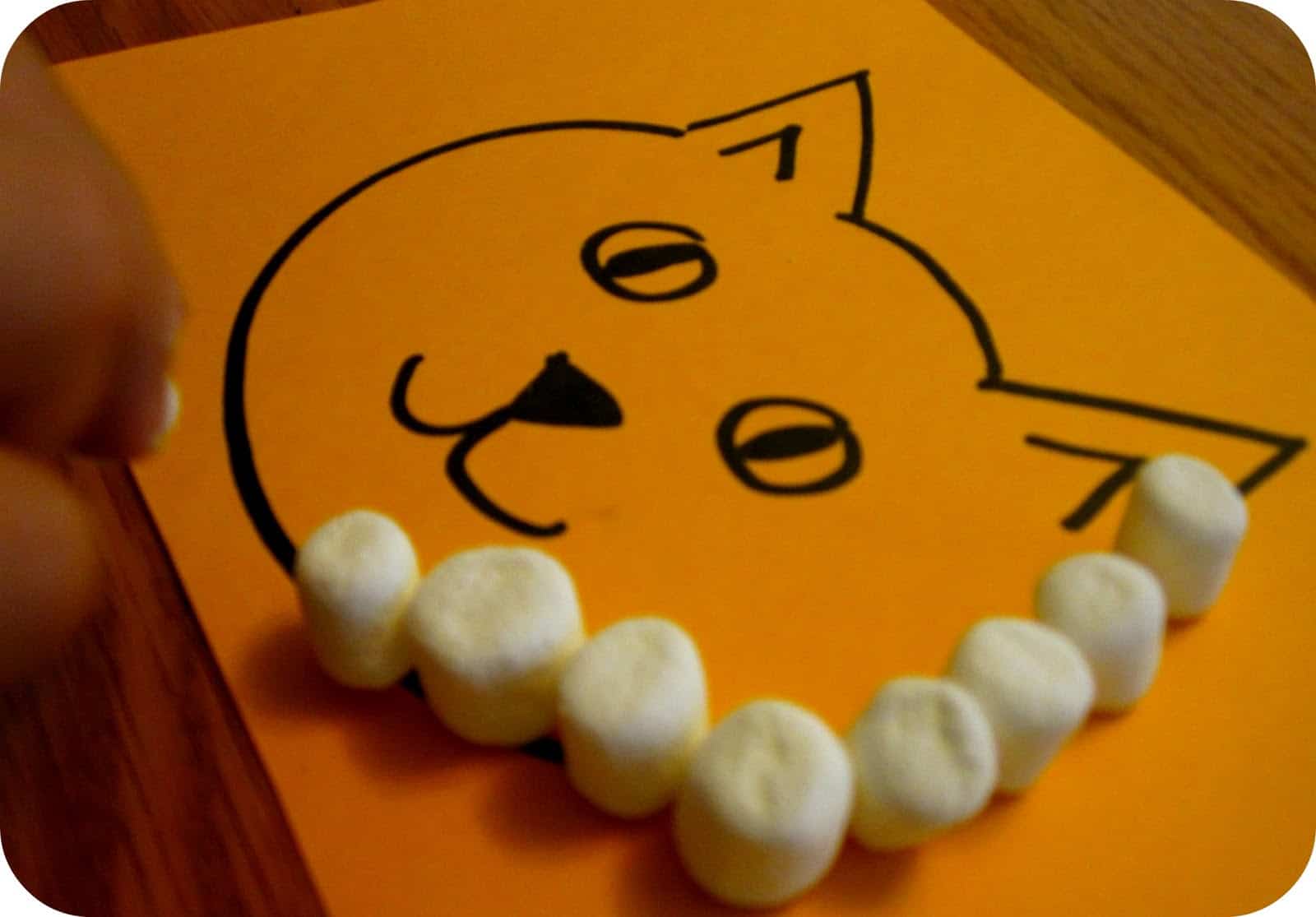 After awhile, my little guy started begging to read our new mummy Halloween story, so later on into our creating time, I read while the kids designed. Where is My Mummy? by Carolyn Crimi has some beautiful language and illustrations. The characters aren't scary and the rhyming in the story makes it fun to read. We probably read it six times this afternoon and at bedtime tonight.

I thought the book was so cute that I tried to get the kids interested in just making Marshmallow mummies... but they wouldn't have it and wanted to use their own ideas. Theirs were better... so it worked out great.

As we did this activity we loved...

- talking about the shapes we made and textures we felt

- pointing out important details in the story we were reading

- predicting what was going to happen next in the story

- planning our marshmallow designs and then sneaking some marshmallows as often as we could!

- talking about other favorite Halloweeny things- what we are going to be for Halloween, favorite treats, etc.