Home / All Activities / Feed Me! 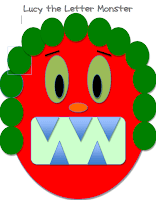 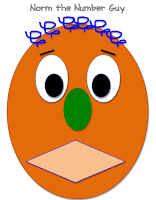 Today I formally introduced the definition of letters and numbers using Norm the Number Guy and Lucy the Letter Monster. This activity is geared more to older kids (4/5 yr olds?), but it was a fun way to start talking about the differences between numbers and letters and do some sorting with my almost 3-year-old. 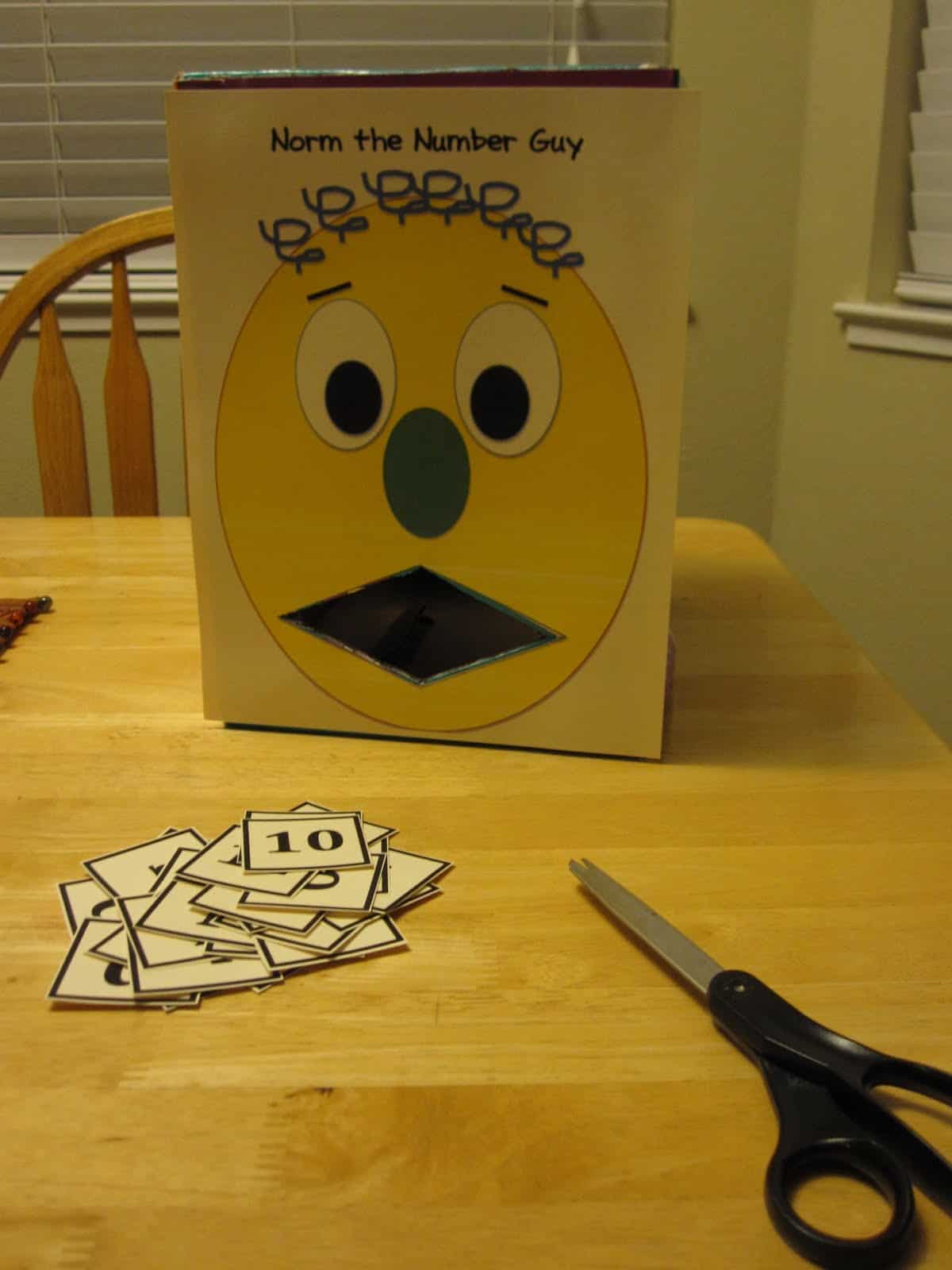 - Print out templates onto cardstock

- Cut out Norm and Lucy's mouthes using scissors or a knife 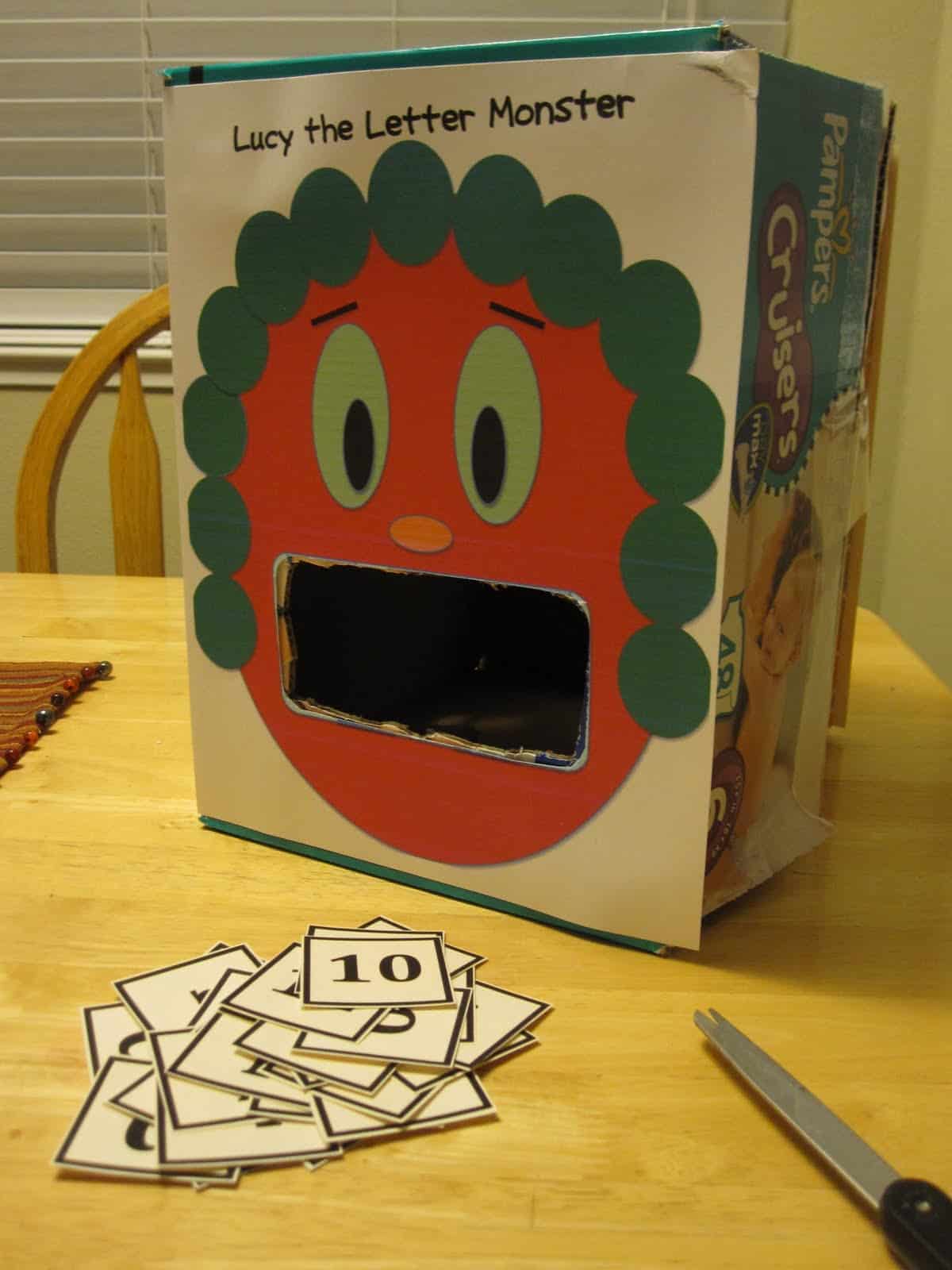 1. Explain differences between letters and numbers

Letters= we use letters to help us make words

2. Model the activity. Show child that Norm likes to eat numbers. Find some numbers, put them in Norm's mouth. I made Norm say "yum yum!"... and if I would accidently put a letter in Norm's mouth he would say, "Yuck! I don't like letters!" Next, show that Lucy likes to eat letters. 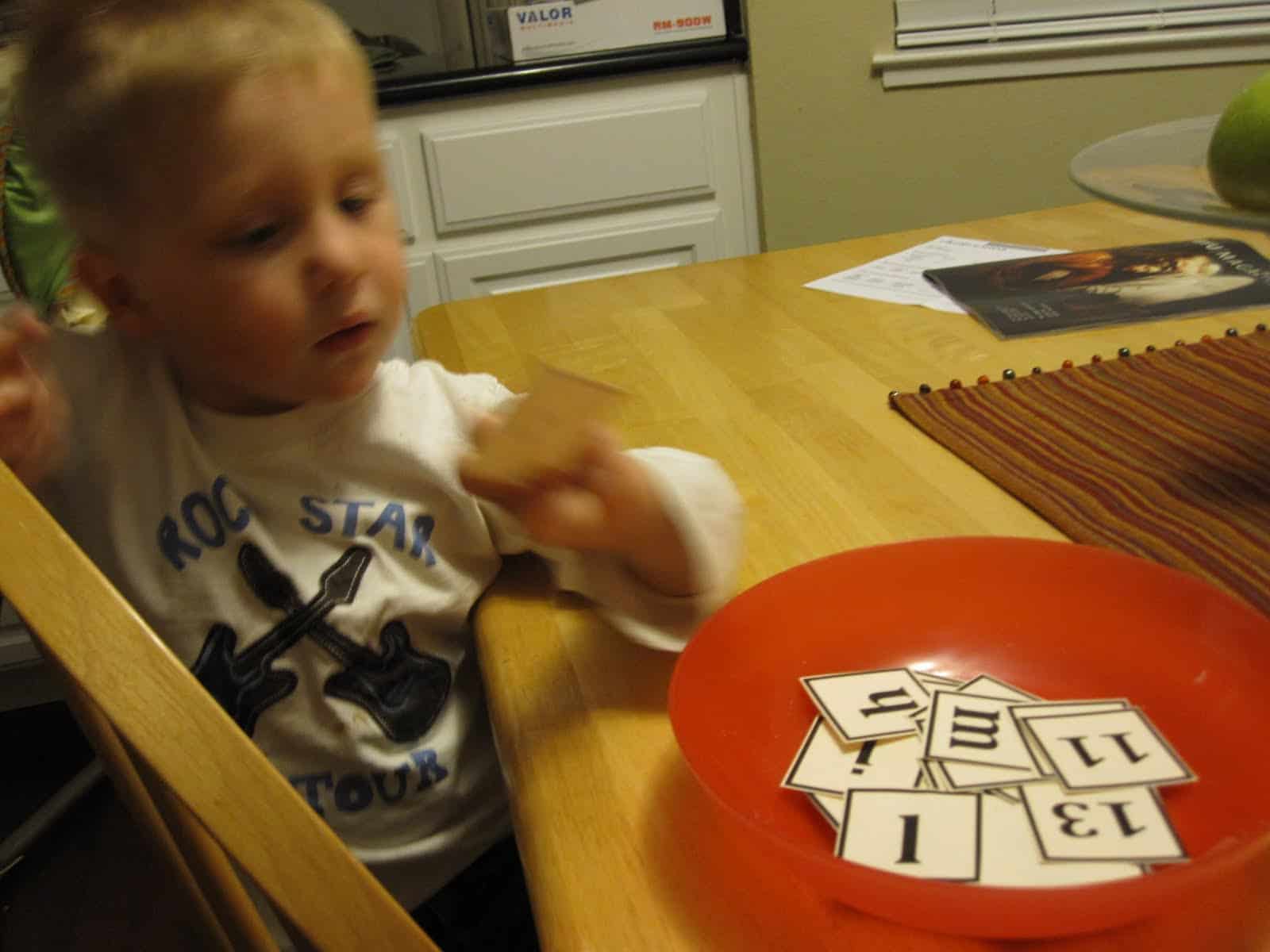 3. Get started playing! Have child choose a letter or number. Prompt by saying, "is that a letter or number?"... once they tell you, then have them decide who wants to eat it! If my son chose incorrectly, we just made the monster spit out the letter/number and say "yuck! I don't like..." and my son would try again. 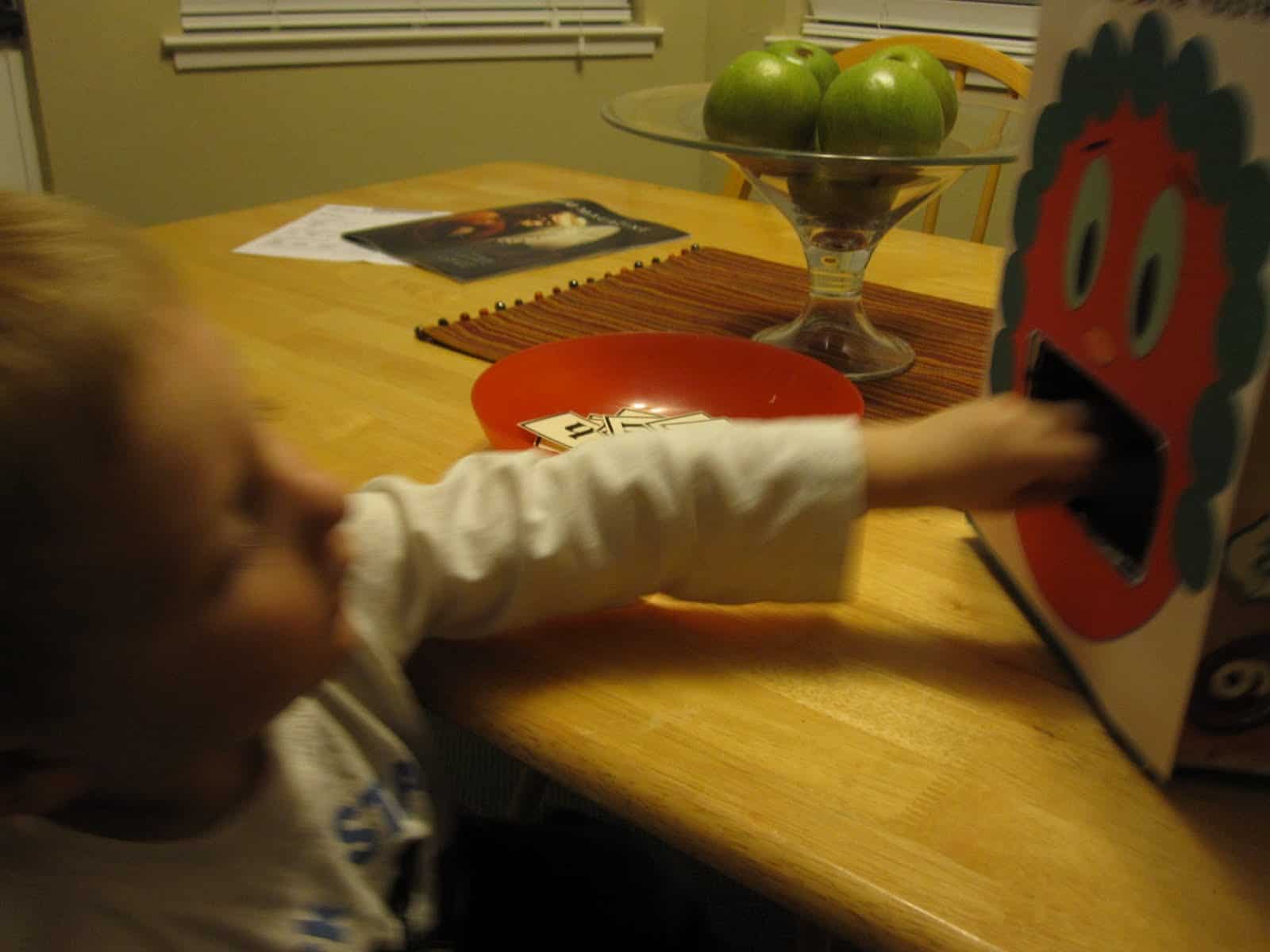 I realized quickly that the lesson I was trying to teach was over my son's head and he wasn't ready for this activity yet... although he had a lot of fun with it. Instead of getting frustrated, we focused on naming the letters and numbers and then I would help prompt him to put the card in the correct monster's mouth... (for example, "yes, that is an L. L is a letter. Who likes to eat letters?") 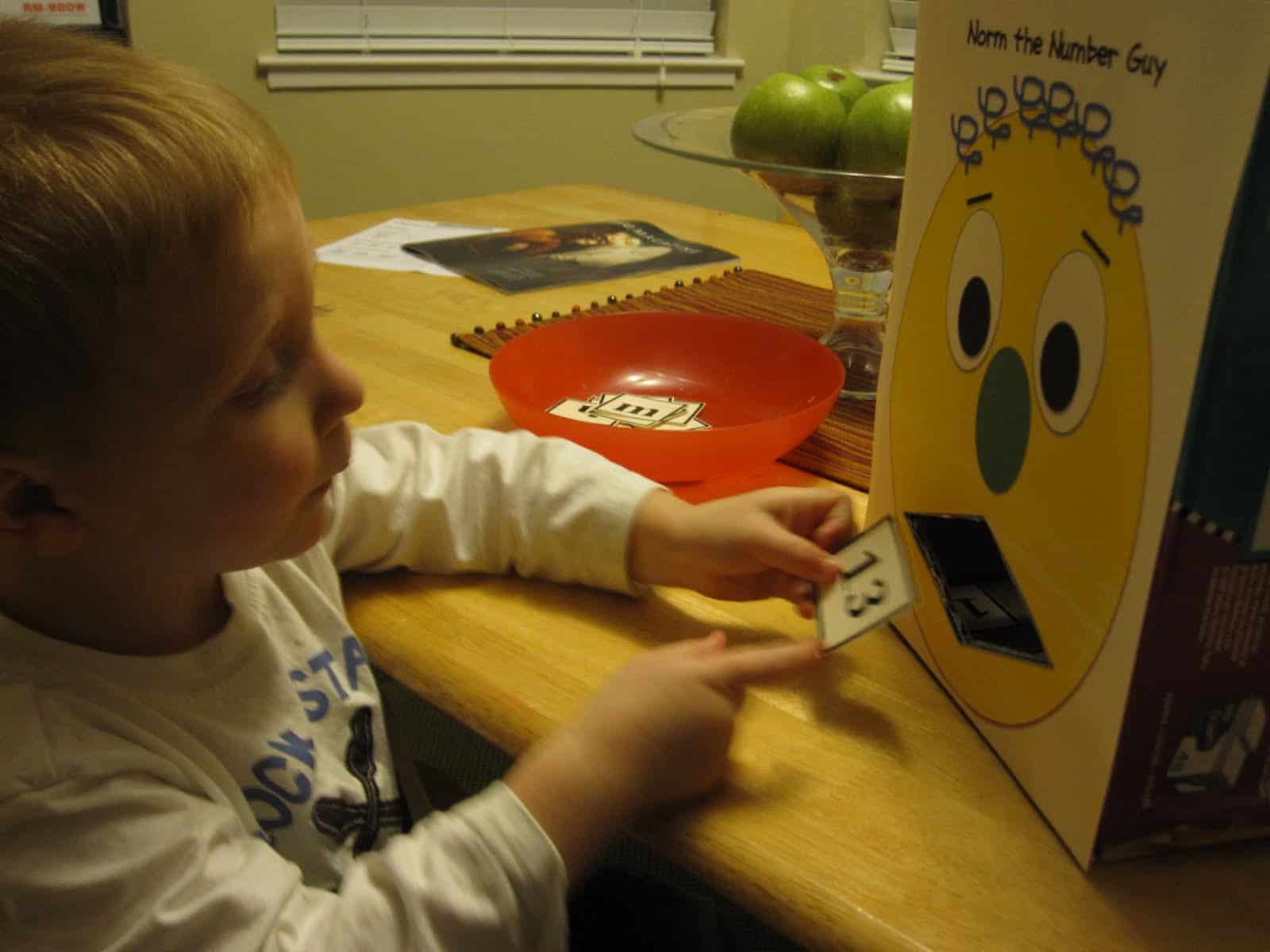 If you have older kids/students who are at this level, definitely try this out. We may find a different use for Norm and Lucy for the next little bit until we are ready to reintroduce this lesson.

I will post the files for these templates on scribd tomorrow in case anyone wants to play with Norm and Lucy. 🙂 I have several different versions of the number/letter cards (some colored, come blank) and a version of Norm/Lucy with some prompts.