Home / All Activities / Alphabet Knock Down 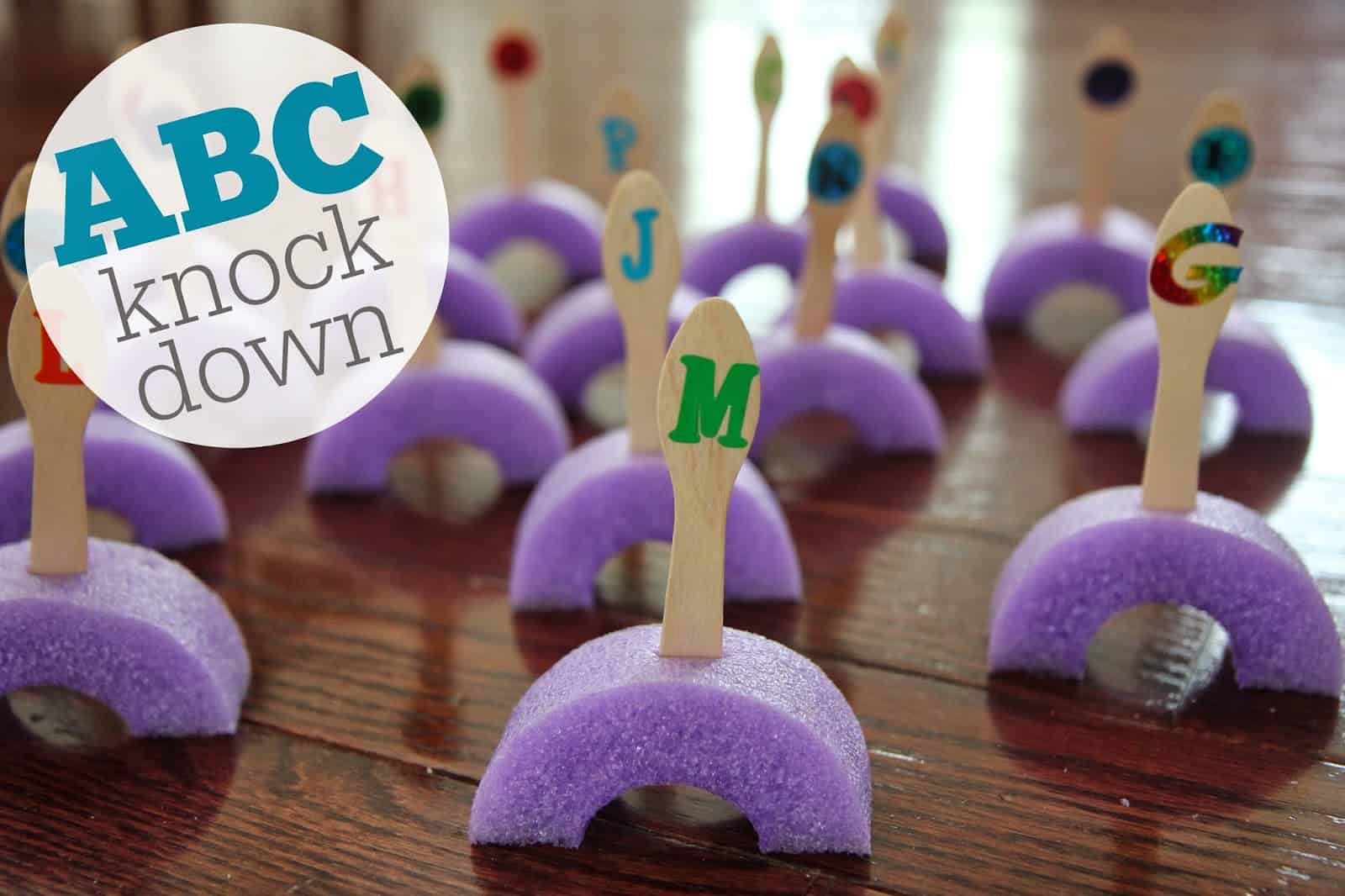 I love when I am inspired by a cool activity to try another fun activity... and create a domino effect of creativity! 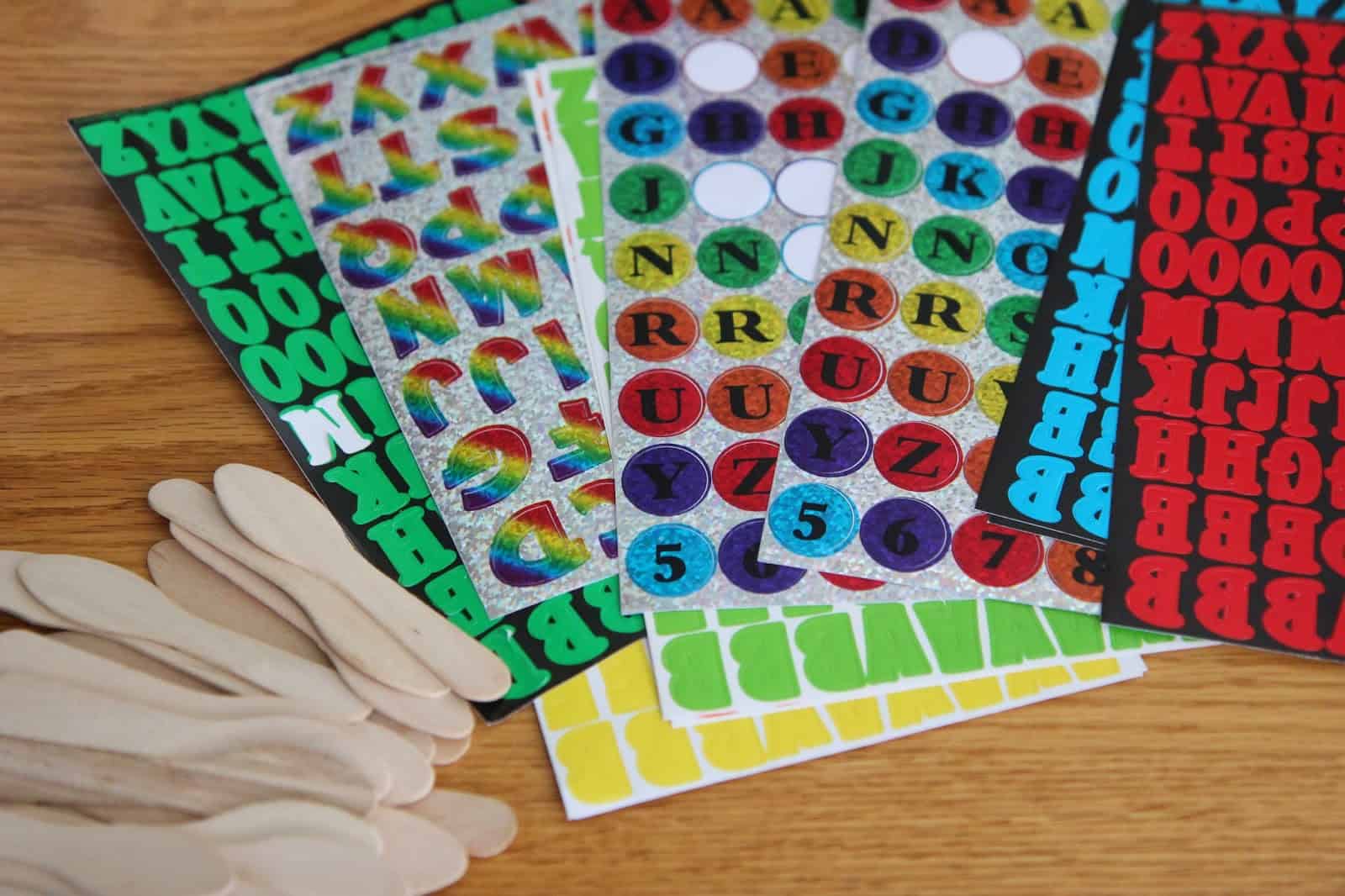 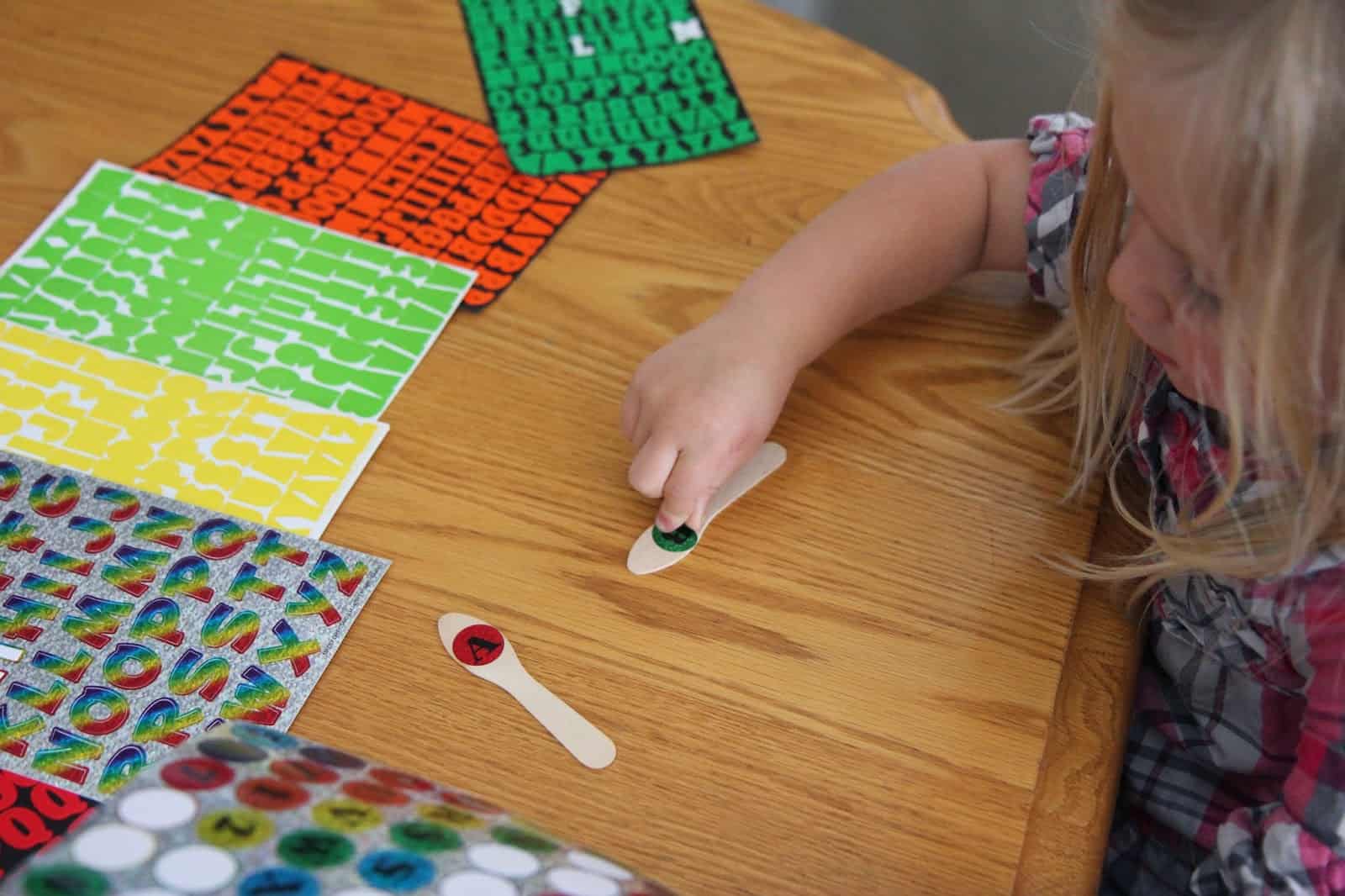 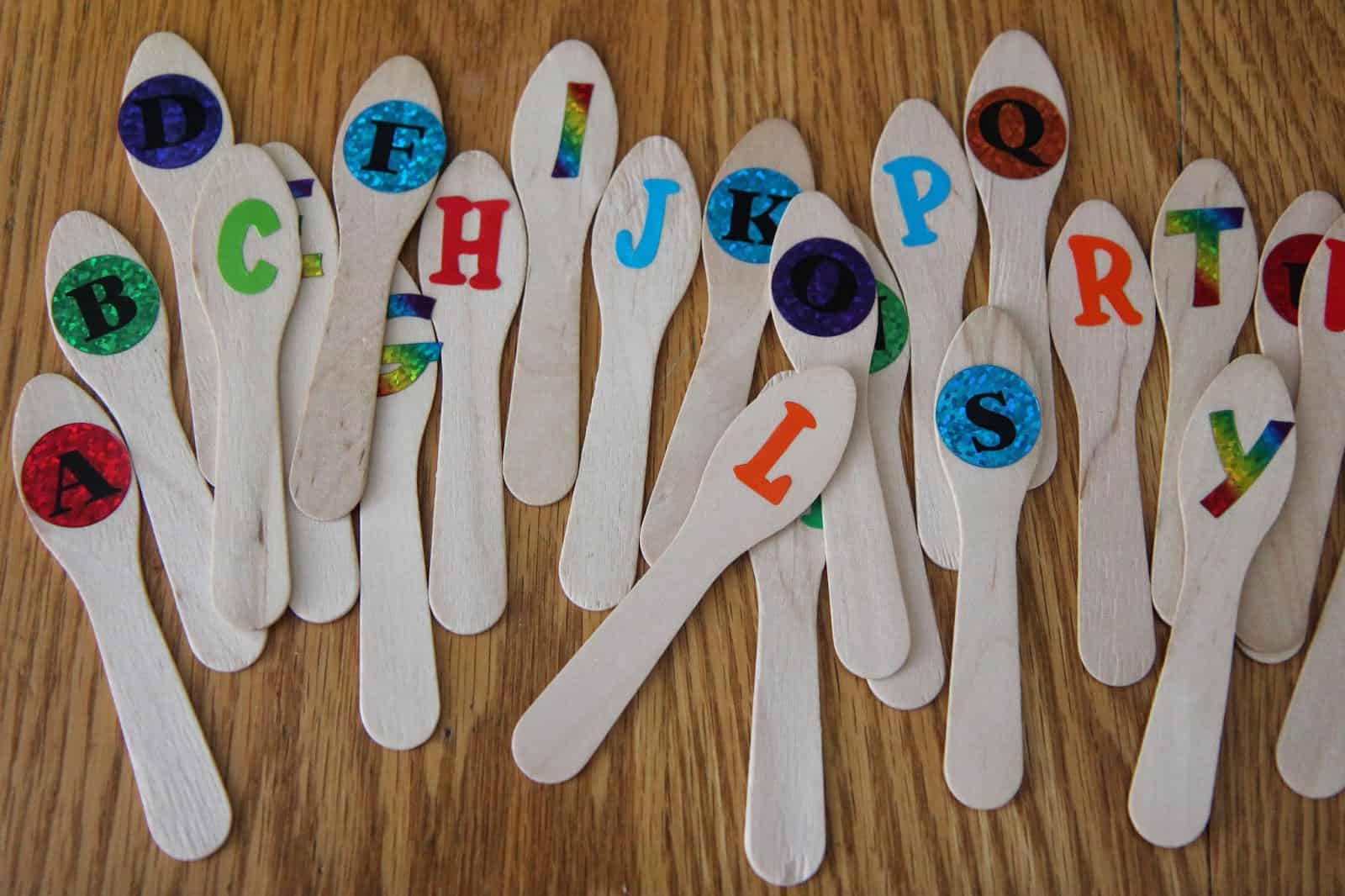 We sliced pool noodles into small 2 inch pieces and then we cut them in half to make "C" shaped pieces. Then we made a little slit on the top of the arch on each "C" so that we could slip the ice cream spoons in! 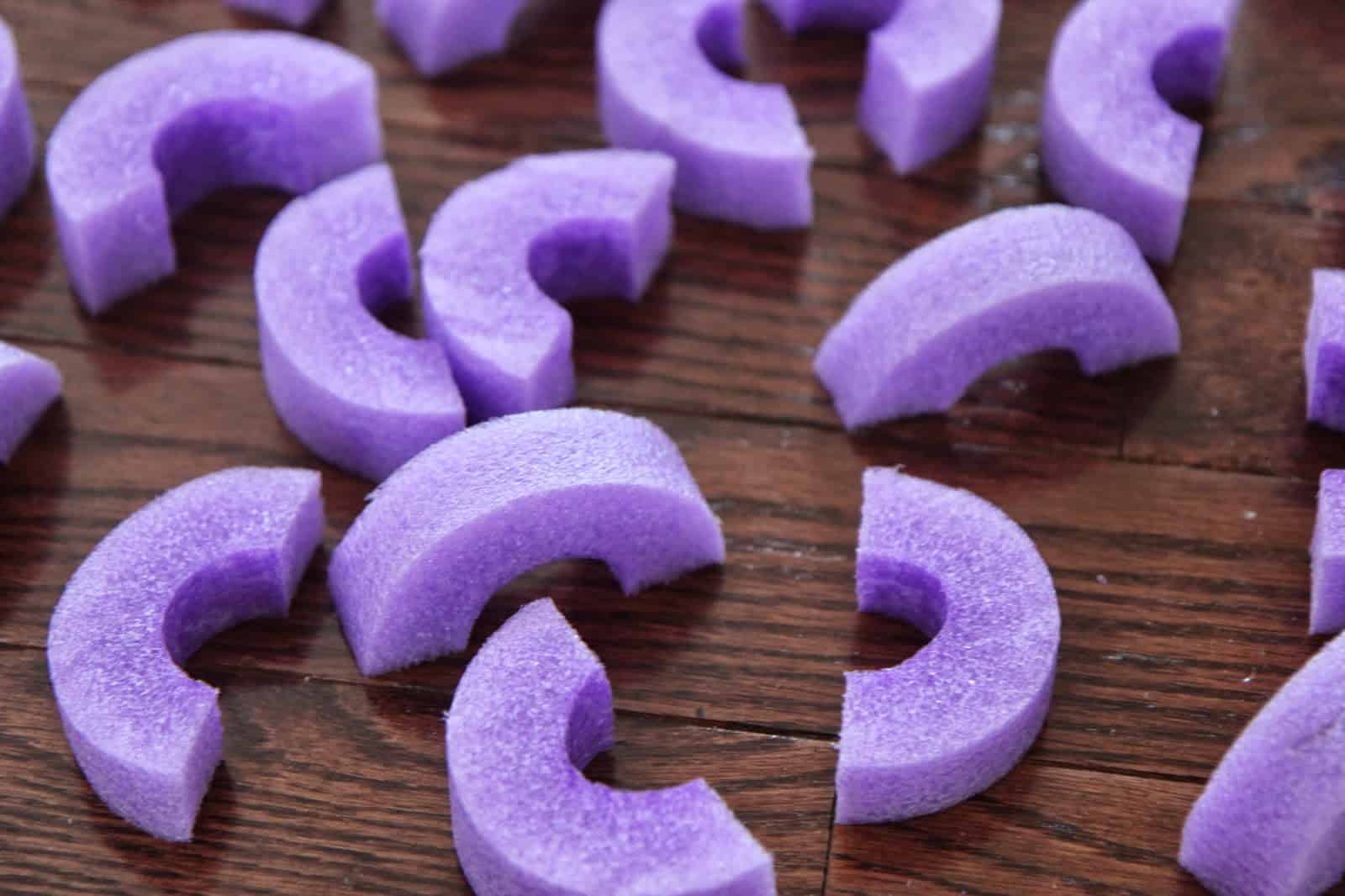 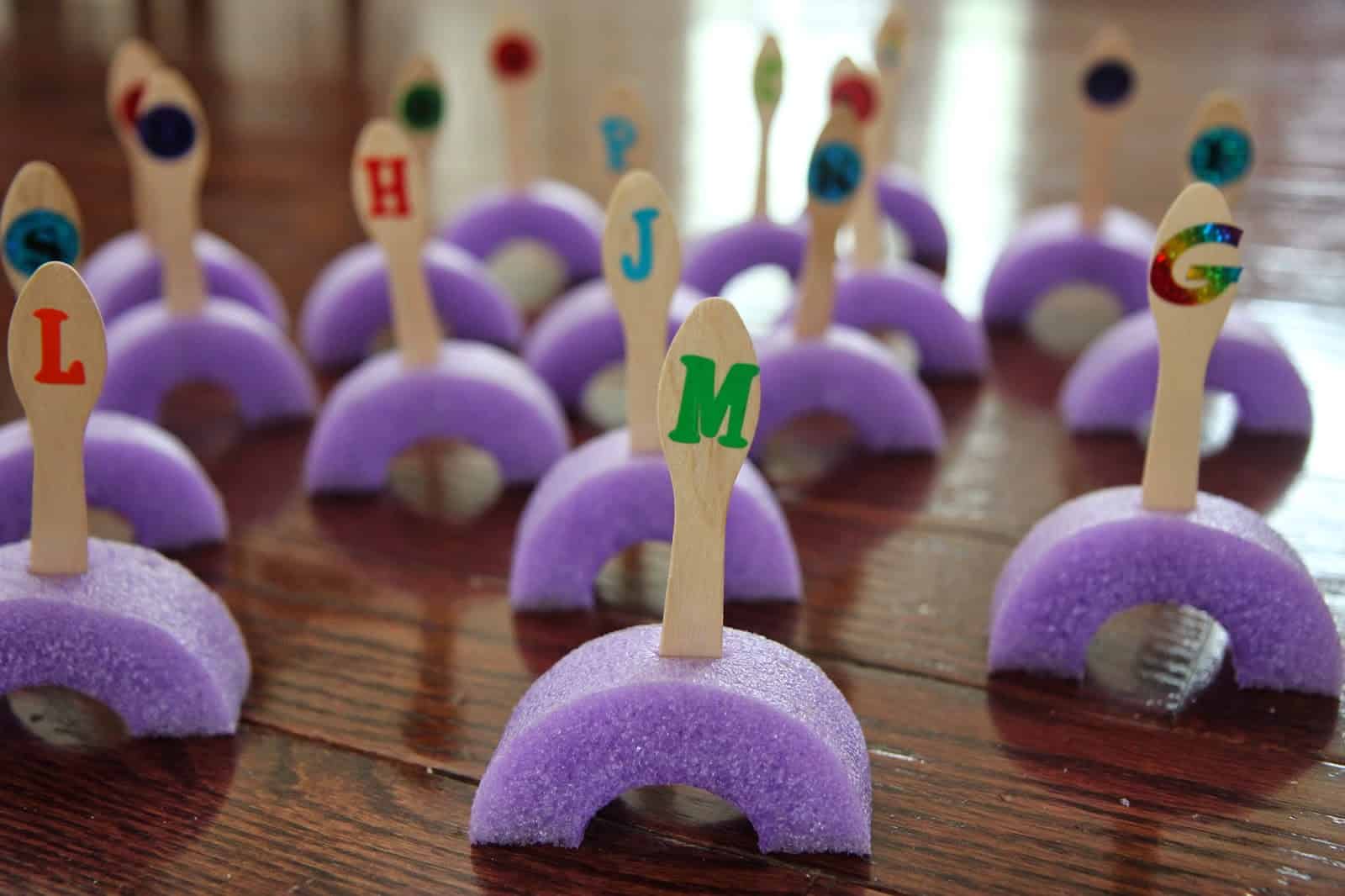 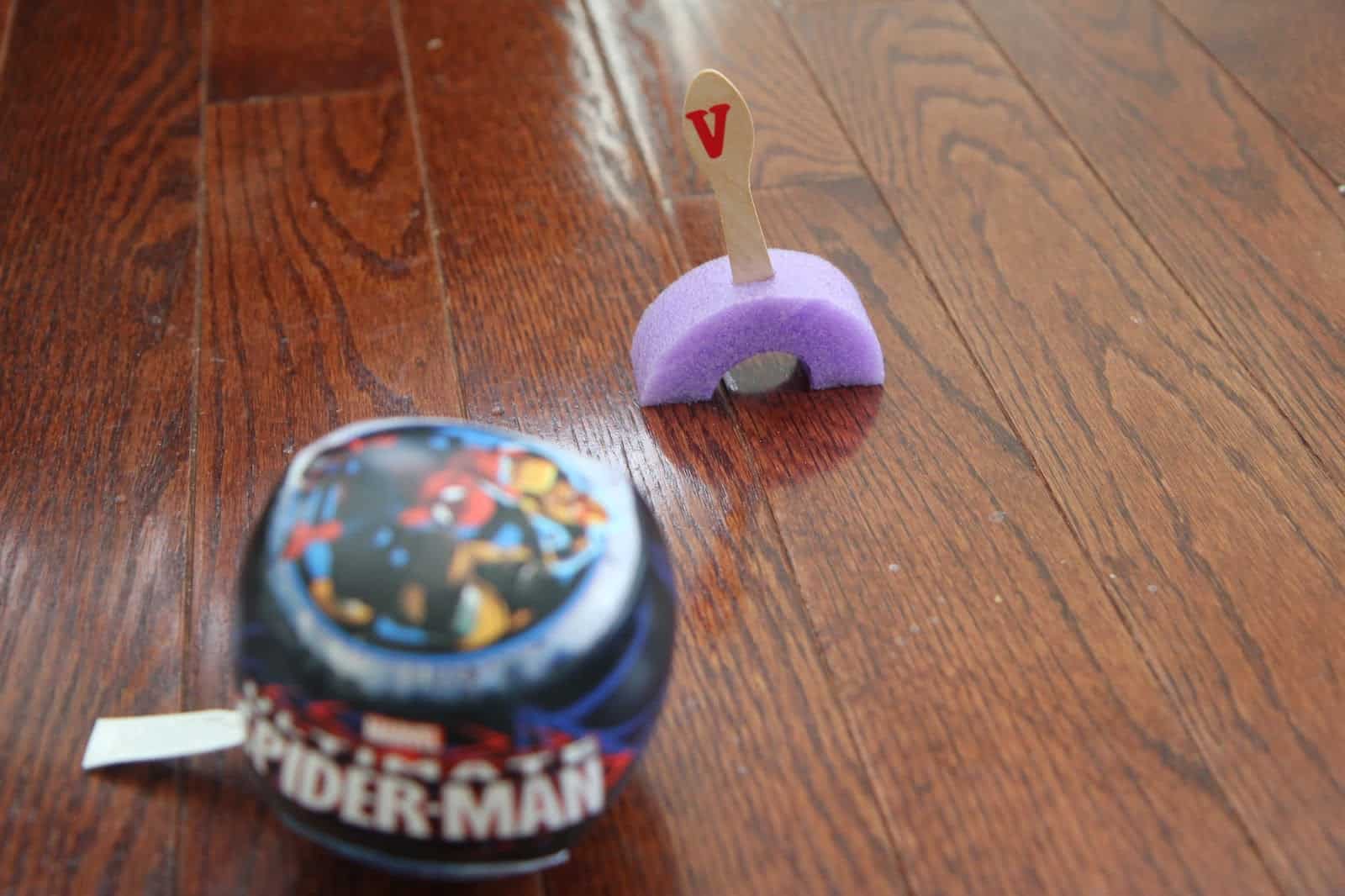 At first it was fun to throw our balls as the letters after we tried to identity which letters we saw... but then the game turned into a kick down game! 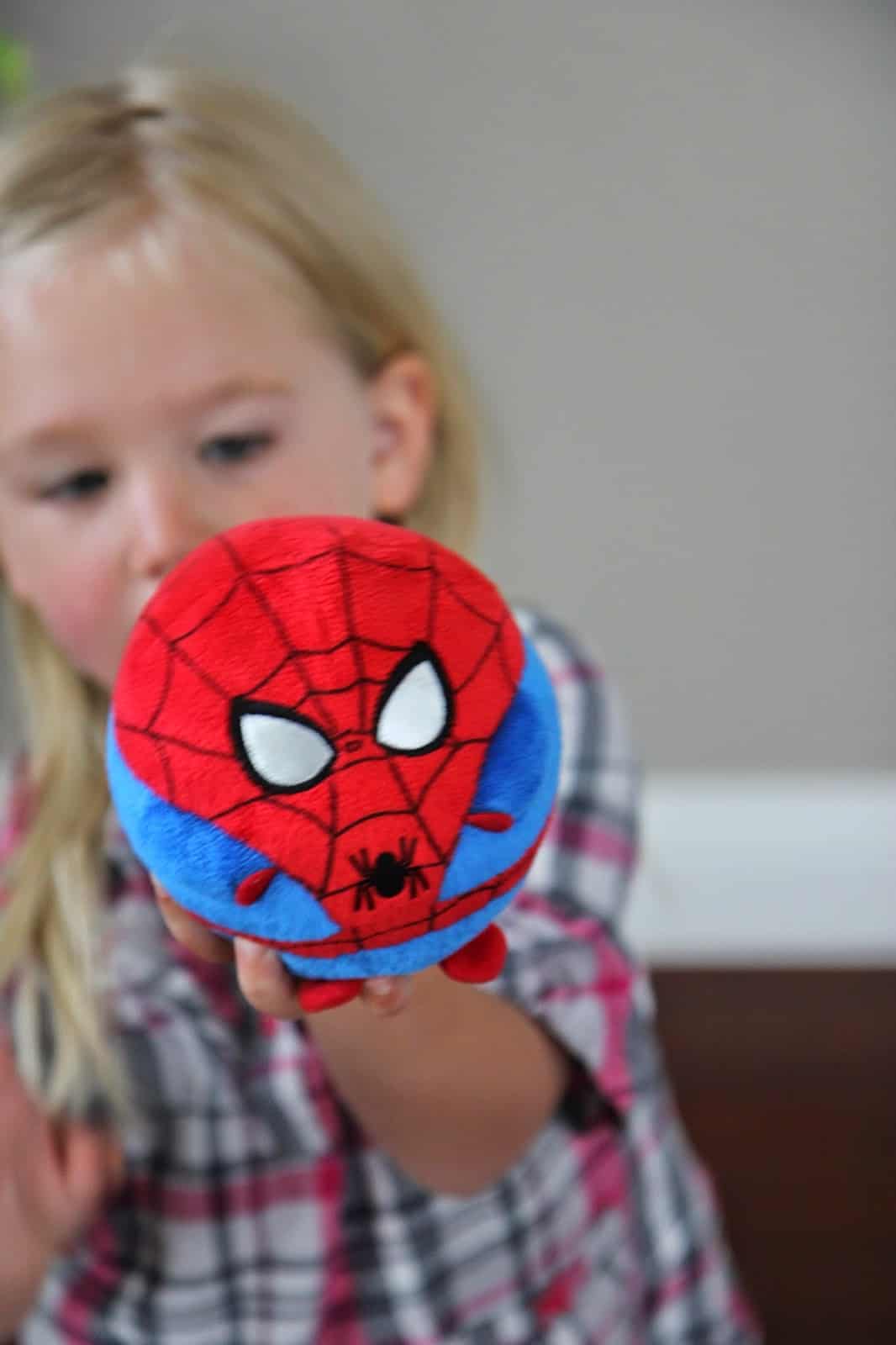 My daughter thought it was hysterical to run around the kick the little signs down... so that's what we did! She would say the letter name, kick it down, run to the next one, and repeat! 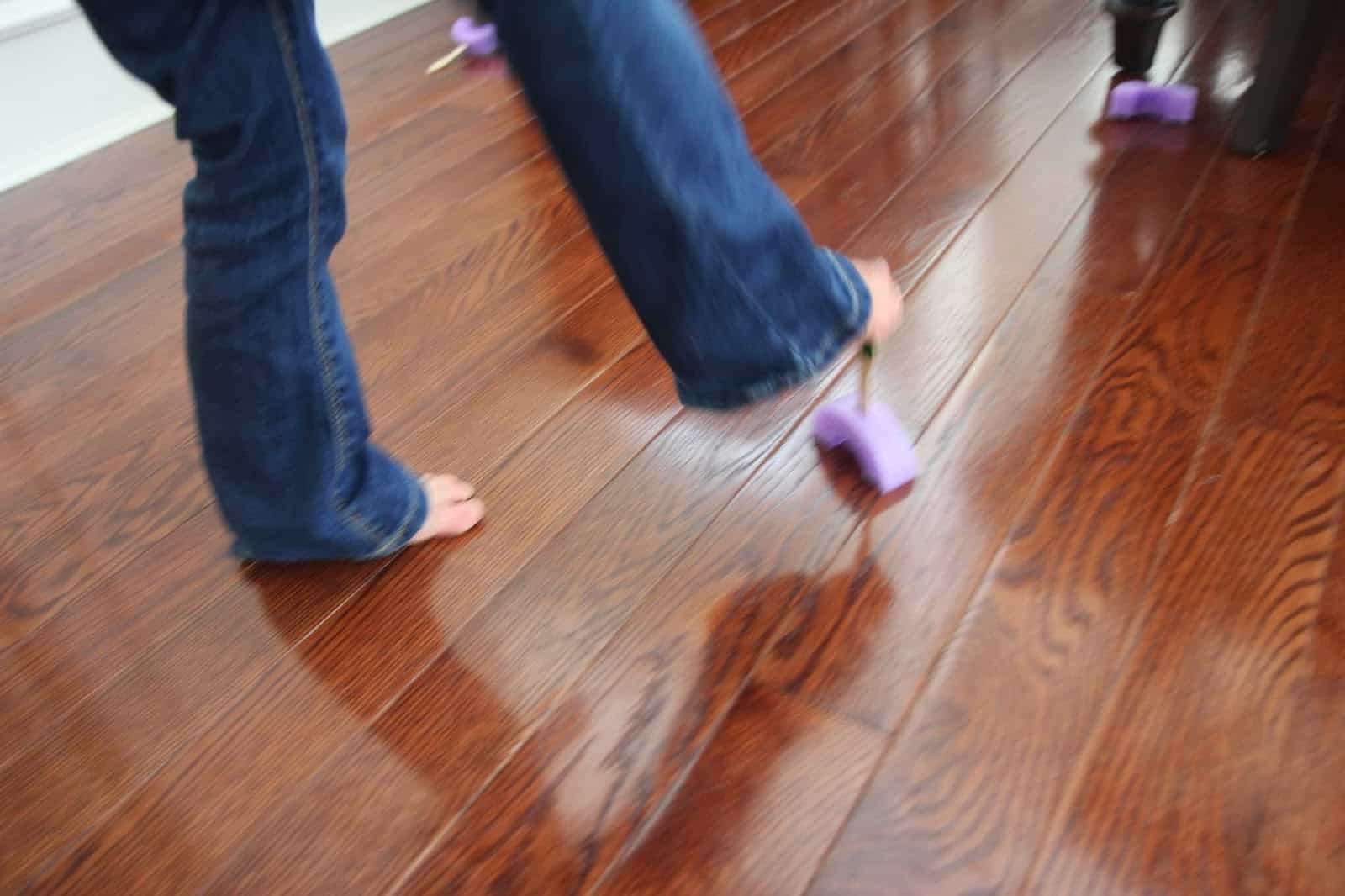 I kept getting worried that the sticks would go flying, but they didn't. Everything stayed intact. 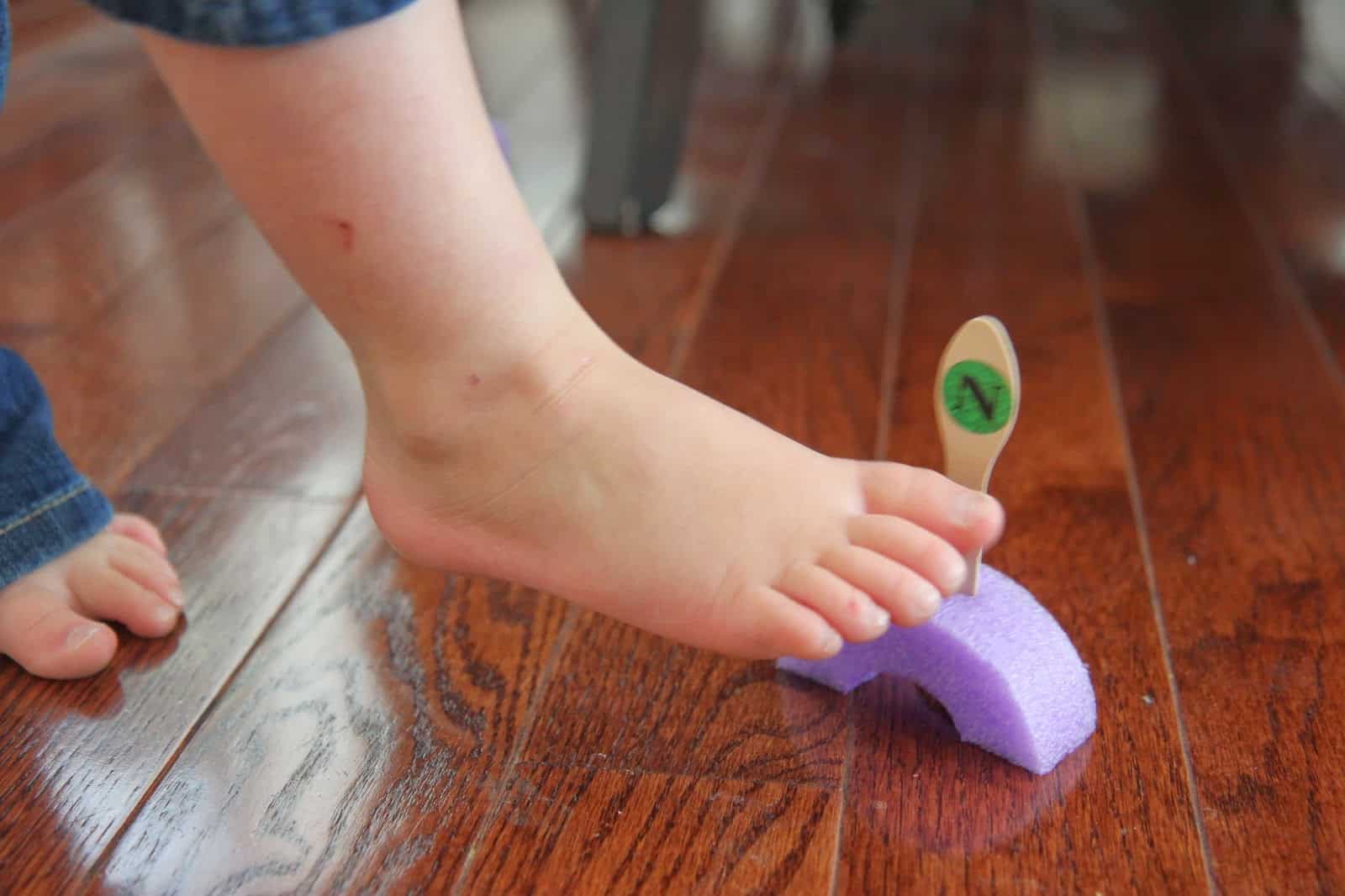 You can easily do this activity with littler kids and just have them knock down the letters... but not worry about actually saying the letter names. 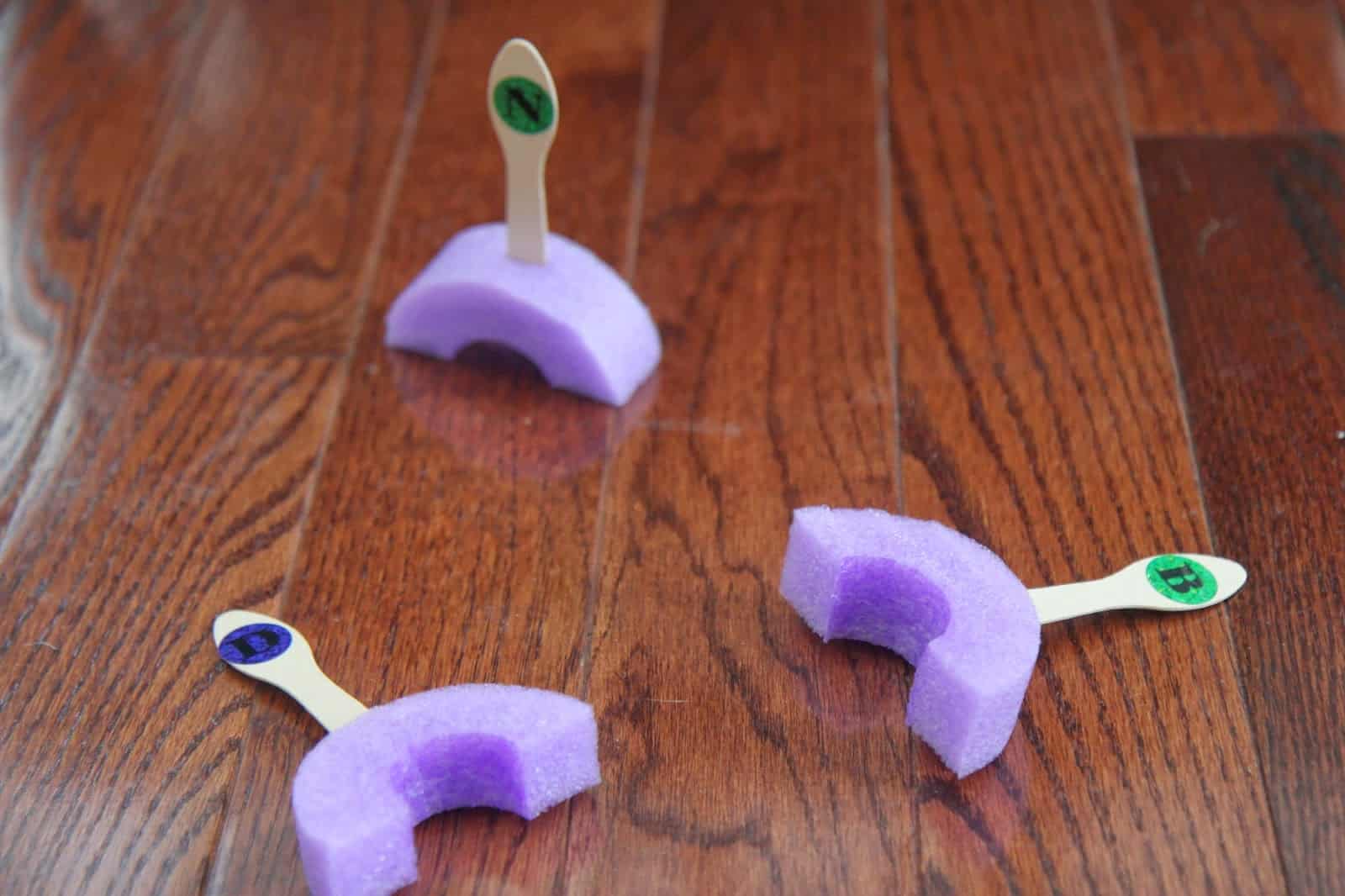 Here are a few other cool ways to move & learn together this week...