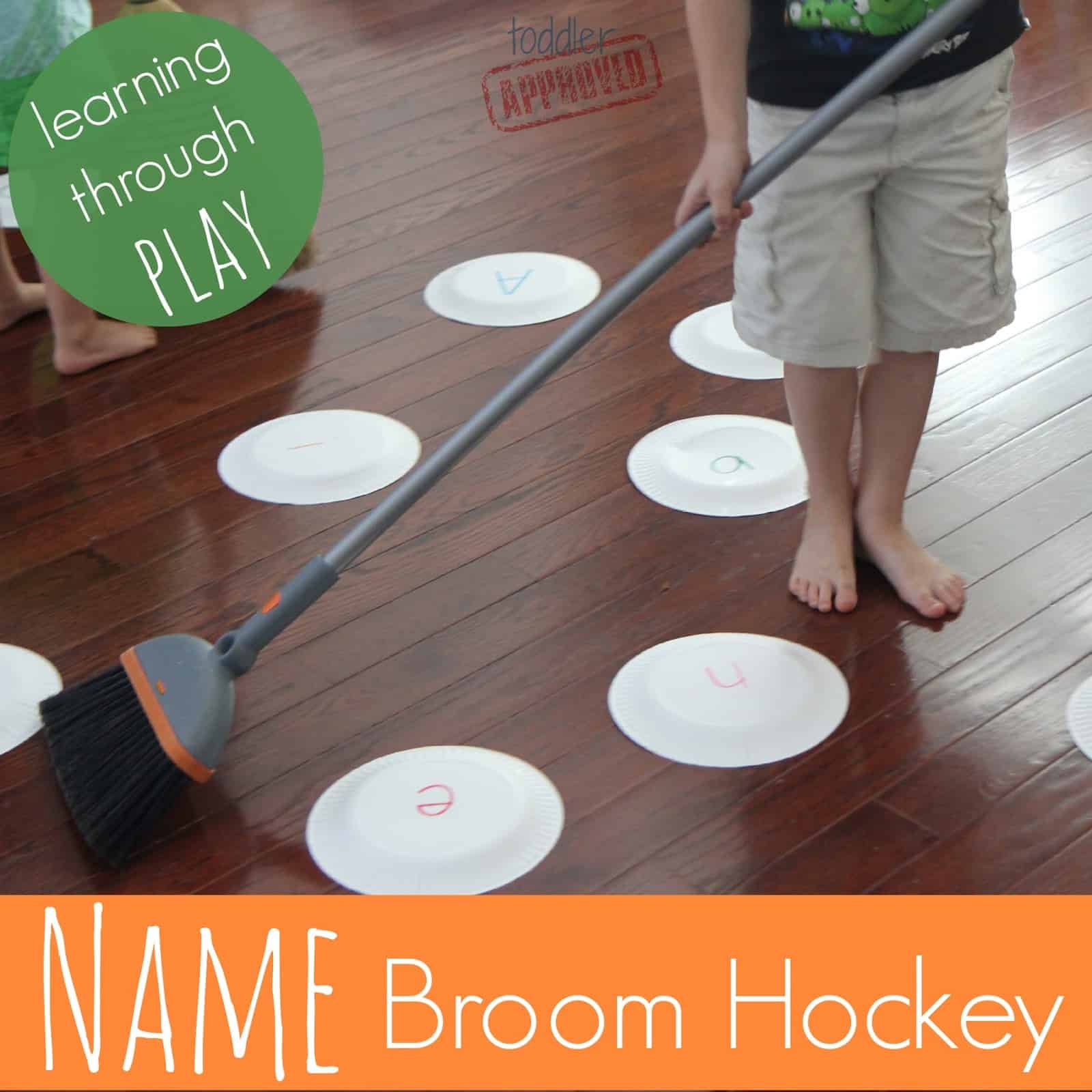 Last week my daughter learned about her name at preschool and did a bean name craft. We've continued focusing on names all week long and have been playing a name pumpkin patch candy game again and again.

On Friday afternoon when we were getting a bit stir crazy, we created a new game-- name broom hockey. 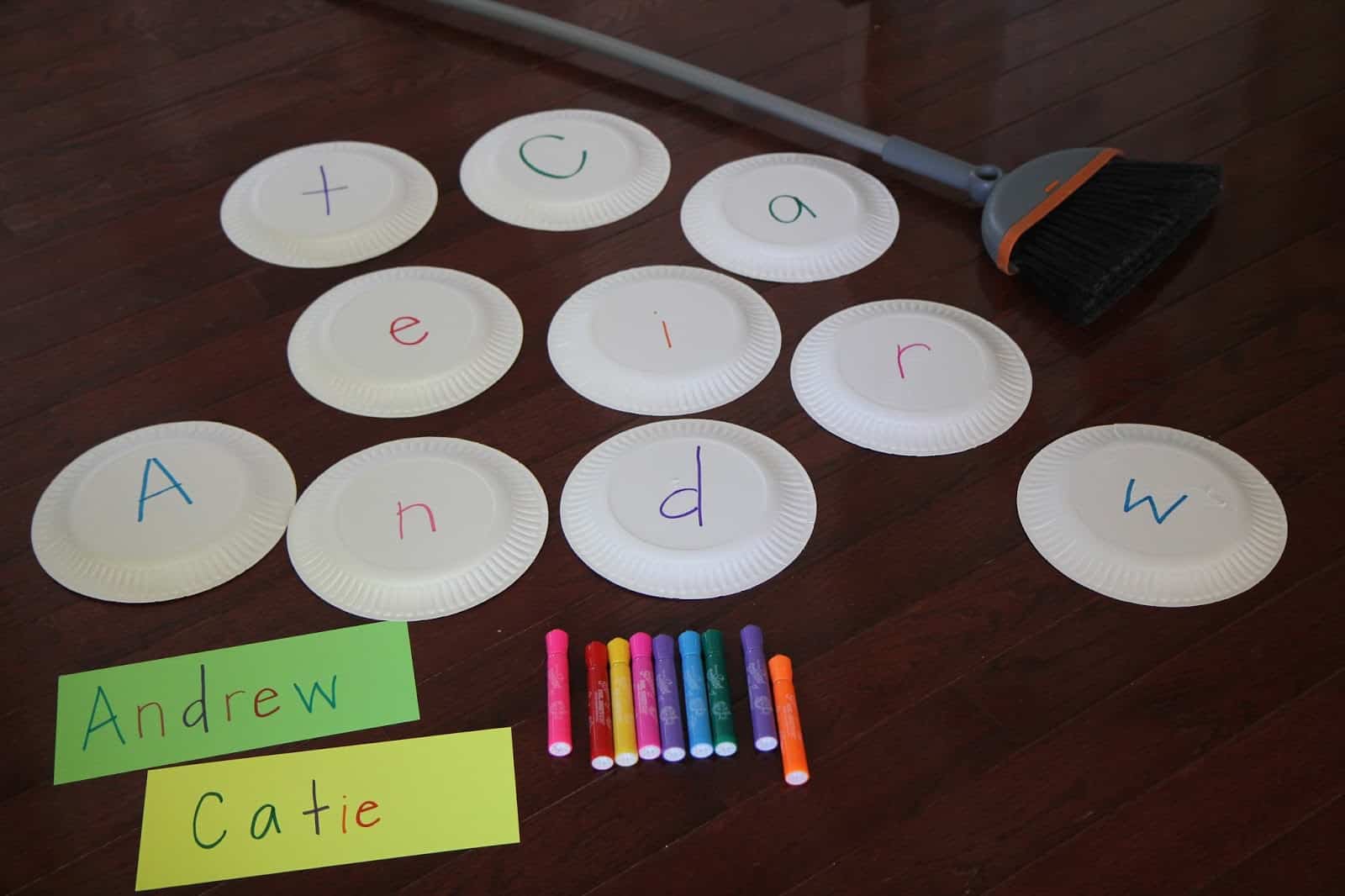 The best part about the game is that you don't really need that many materials. You just need a flat open space- either pavement outside or a floor space inside. The paper plates move best on wood floor or pavement, but would work on other surfaces too.

Ahead of time I wrote the letters for each kid's name on paper plates so that each plate had one letter on it. Then I wrote each child's name on a strip of cardstock and stuck it to the basket goal.

We played our name broom hockey game a variety of ways, but for the first way we started by throwing all of the paper plates into the middle of the room (or play space). 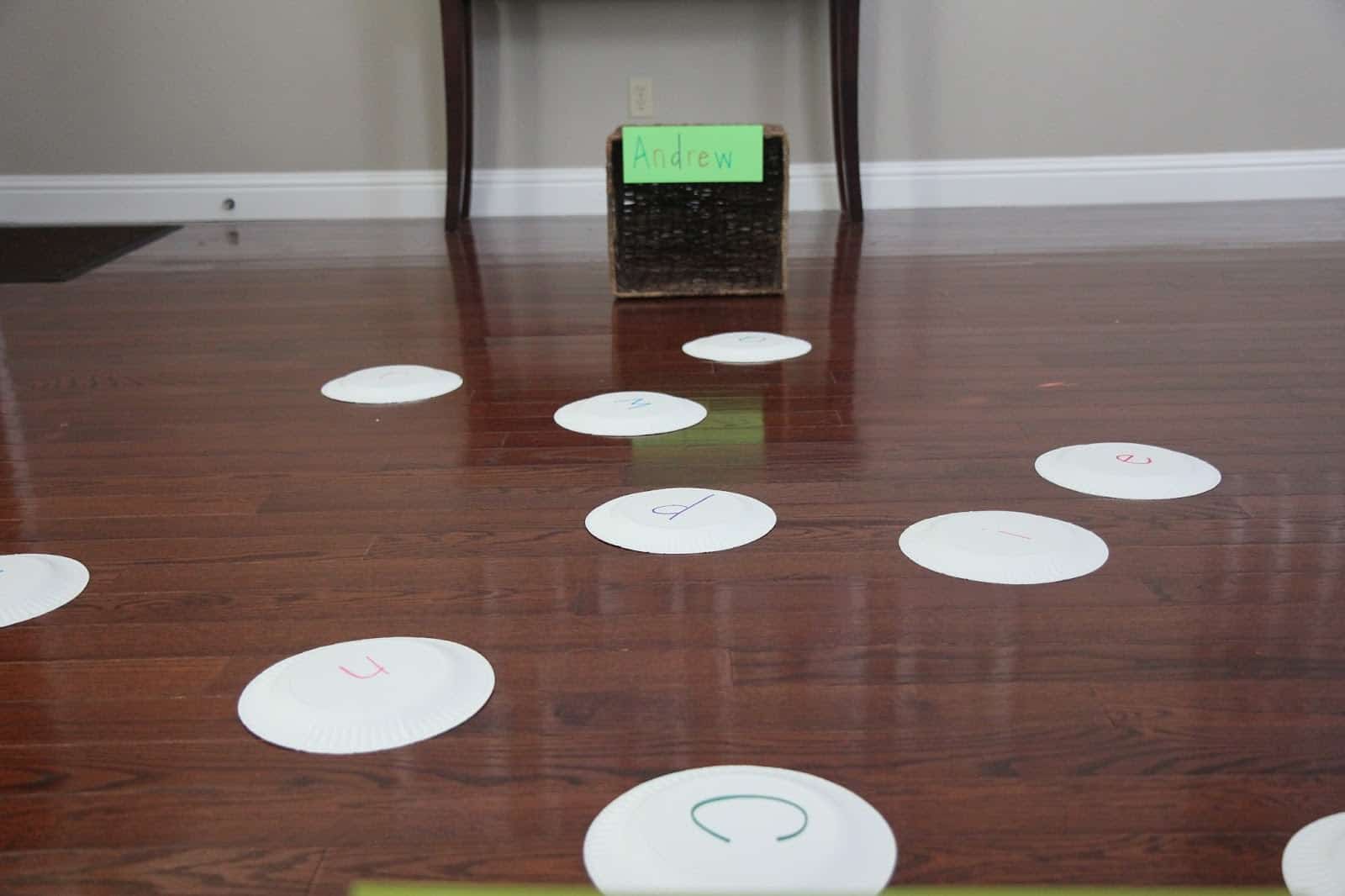 Next I handed each kid a broom and their job was to sweep the paper plate letters from their own names into the goal with their name on it. As long as the paper plate was touching the goal, it counted. 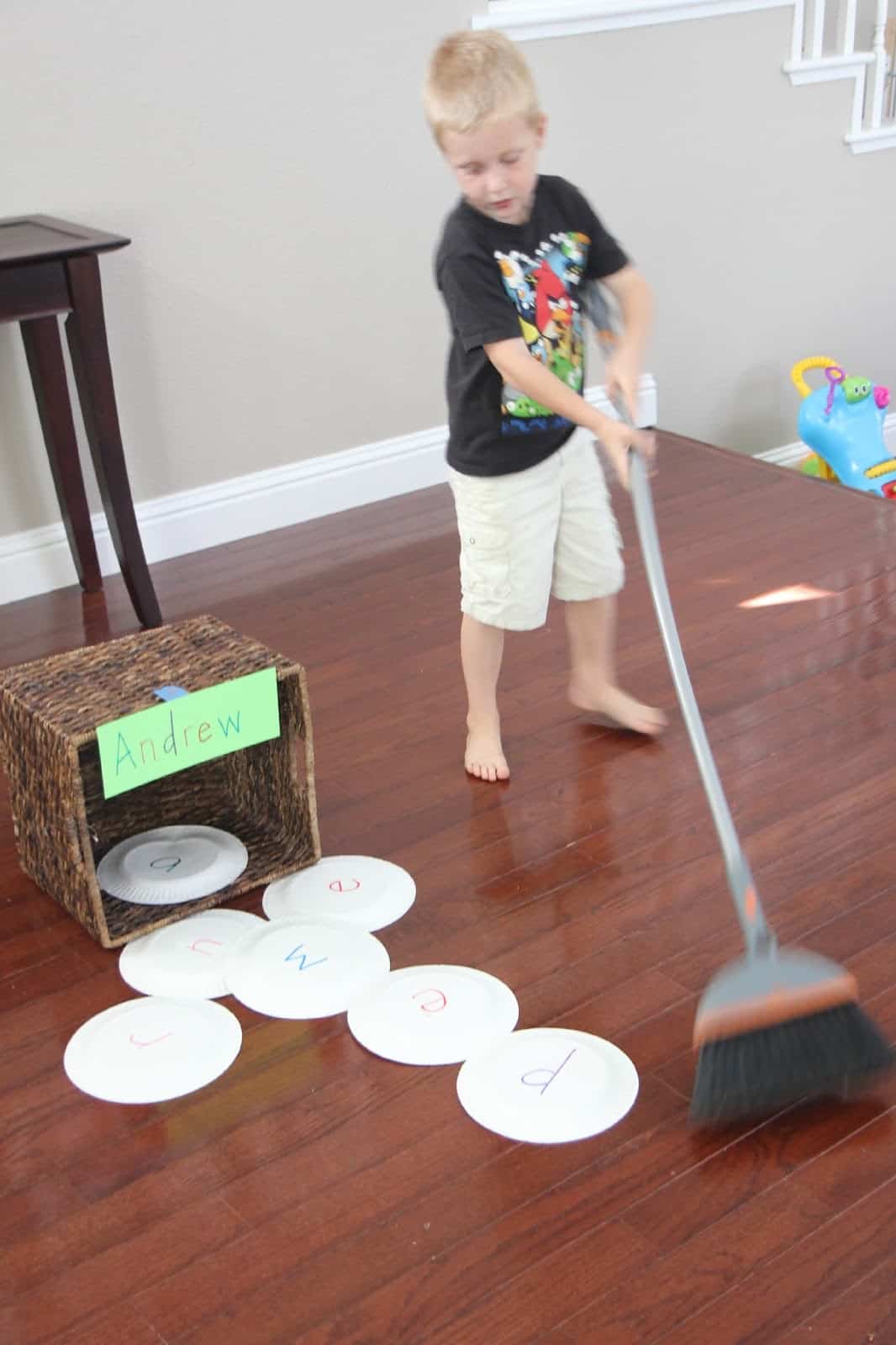 Once all of the paper plates were collected, the kids got to arrange their plates to spell their names. 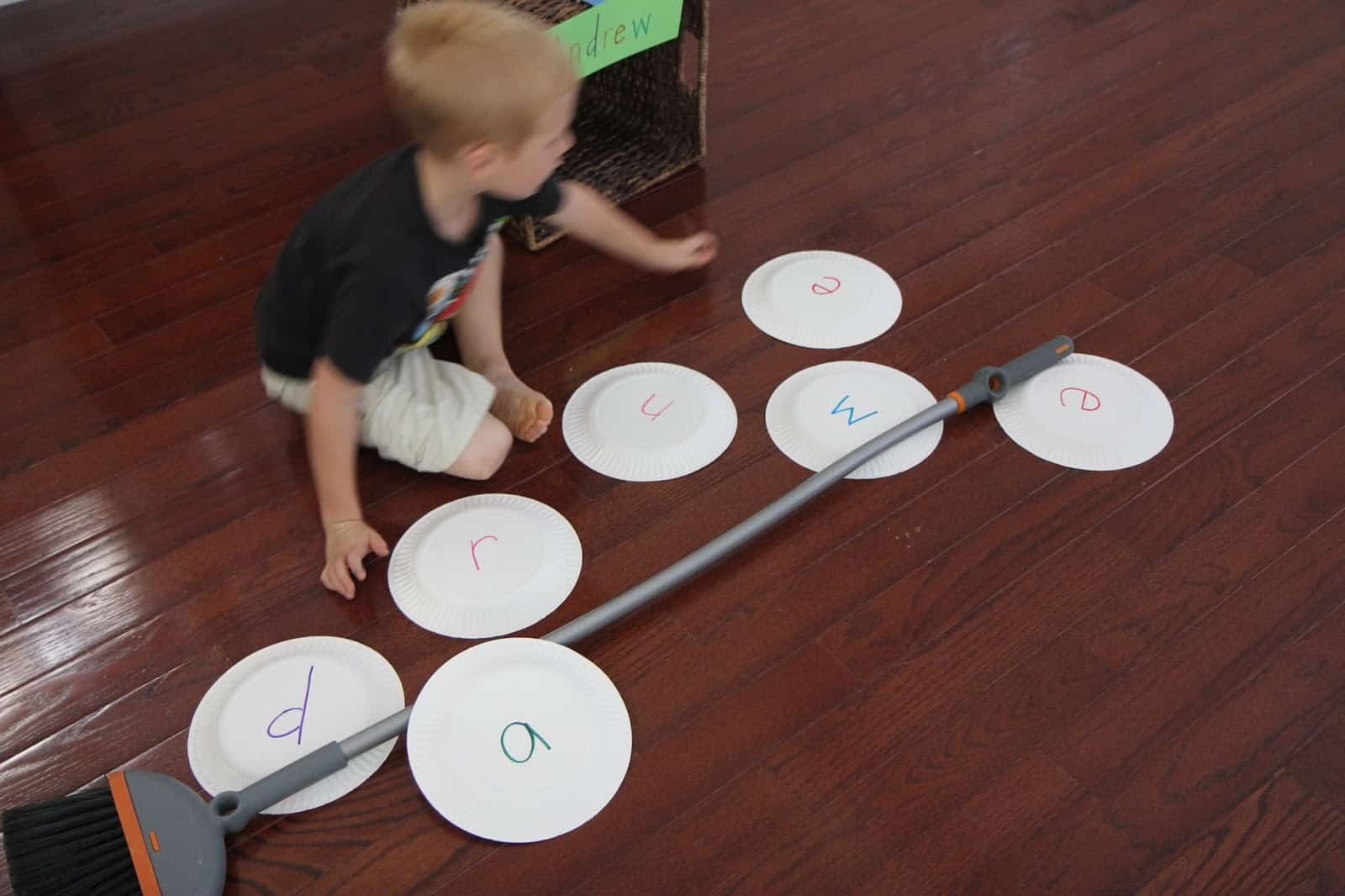 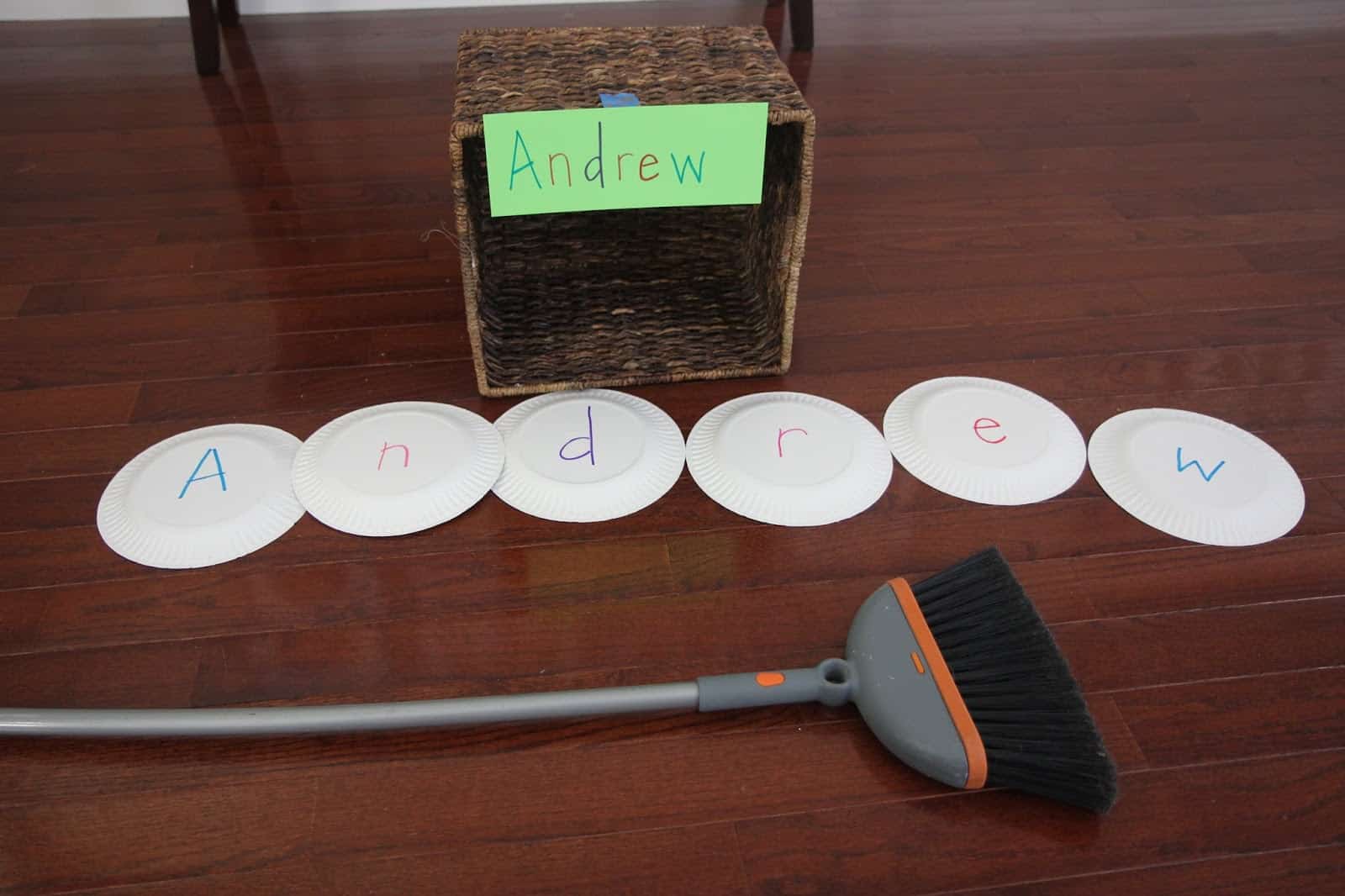 After we played a few times, then the kids came up with a few different game variations.

Our favorite broom hockey version included each player having one paper plate that had the first letter of their name on it. The goal of each player was to get their paper plate in the opponent's goals. Meanwhile, they had to defend their goal and make sure no plates got inside.

We learned that my son is much more patient and determined than me... and he ended up winning.

My almost 3-year-old had fun just moving the paper plate letters around and around on the floor. She refused to use two hands on the broom... so that made the game a little bit more challenging for her. This activity was a great way to introduce letters and talk about them while still having a good time! 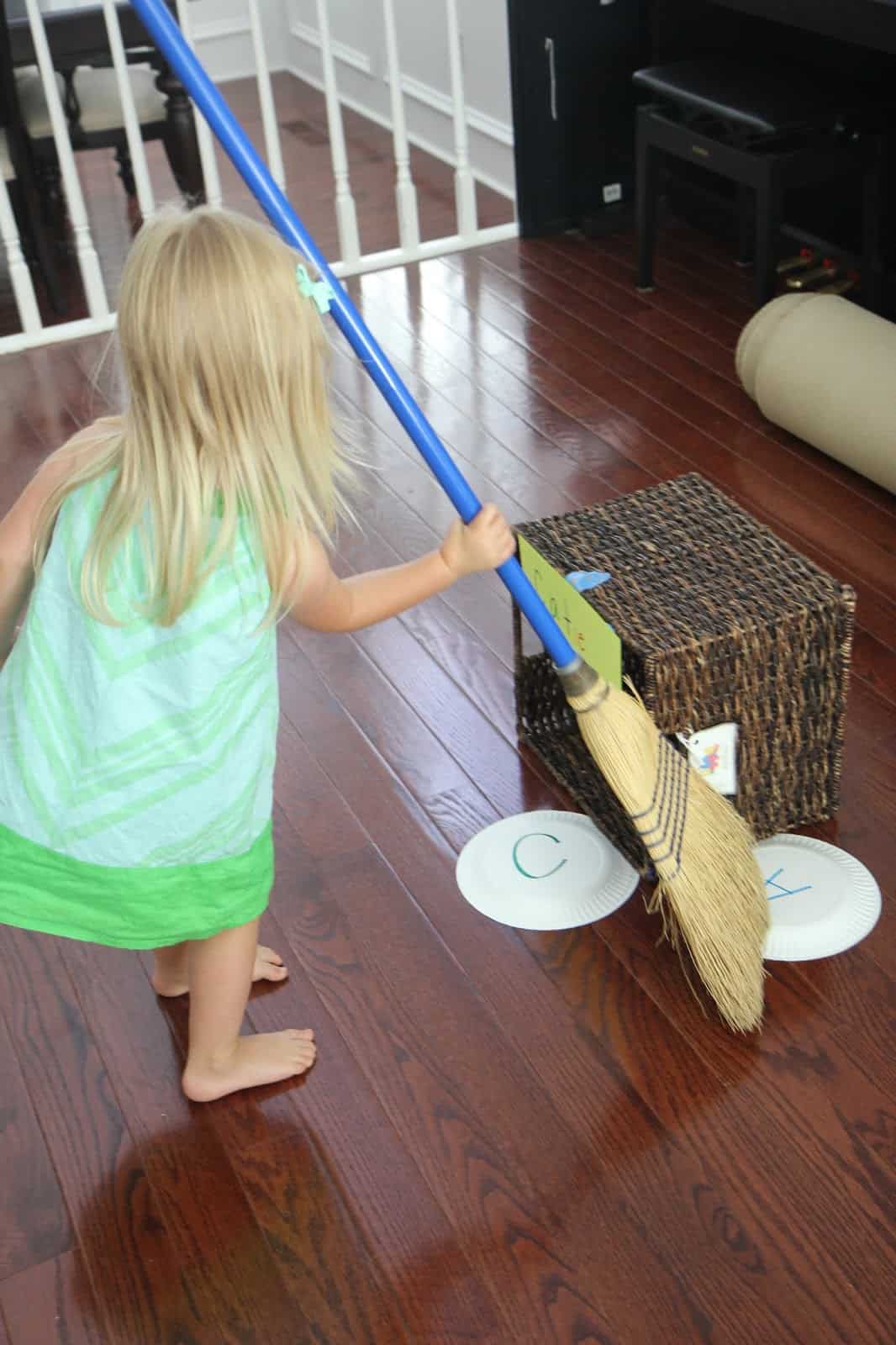 Stay tuned for a Room on the Broom DVD

and book review next week 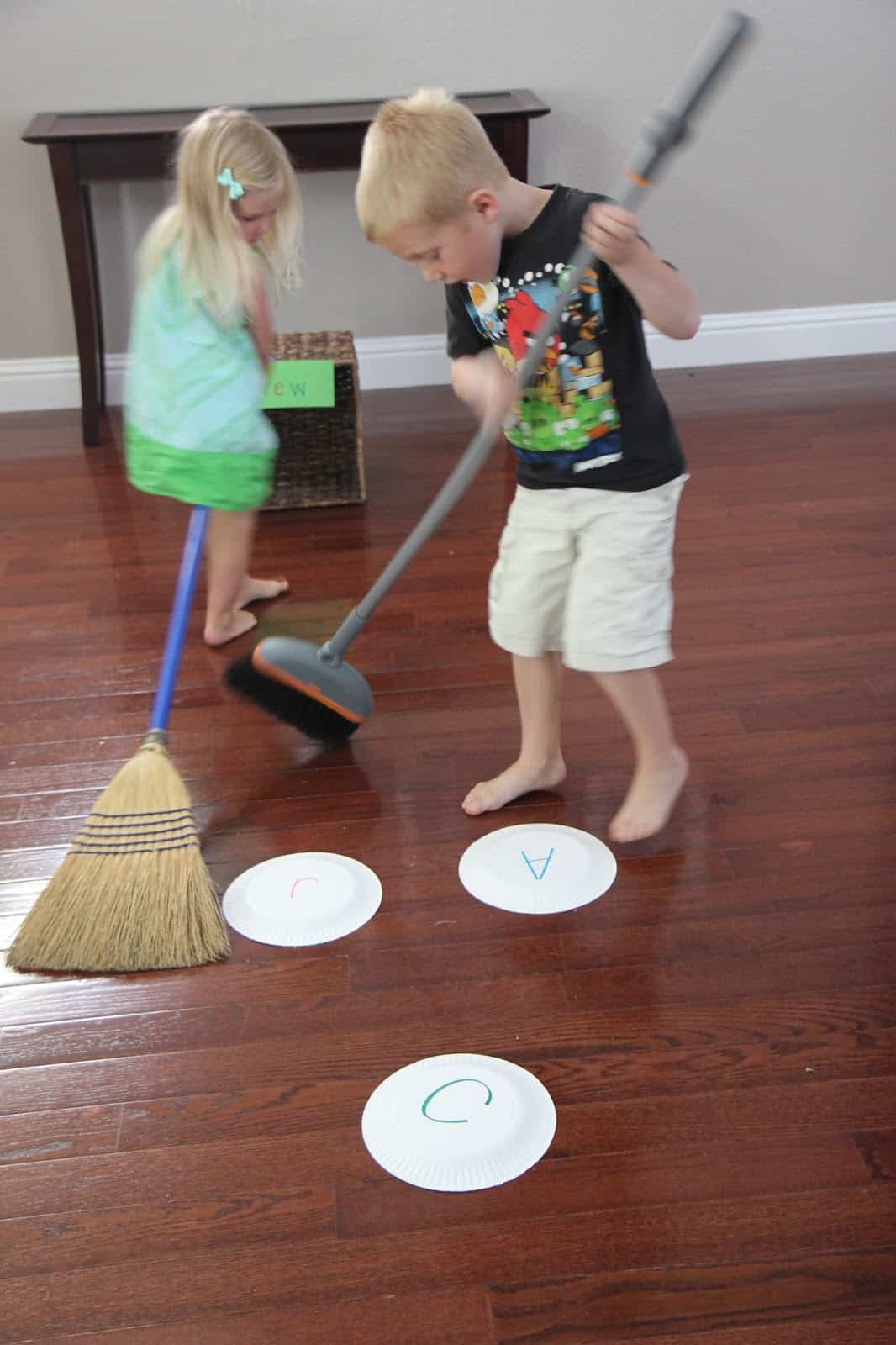 This Name Broom Hockey game is part of the Move and Learn Series that I am joining along with Hands On: As We Grow, The Pleasantest Thing, and Coffee Cups and Crayons.

I love activities that get kids learning through movement!

This broom hockey game was a simple way to learn about letters and practice spelling and letter matching. We also worked on gross motor skills and hand-eye coordination.