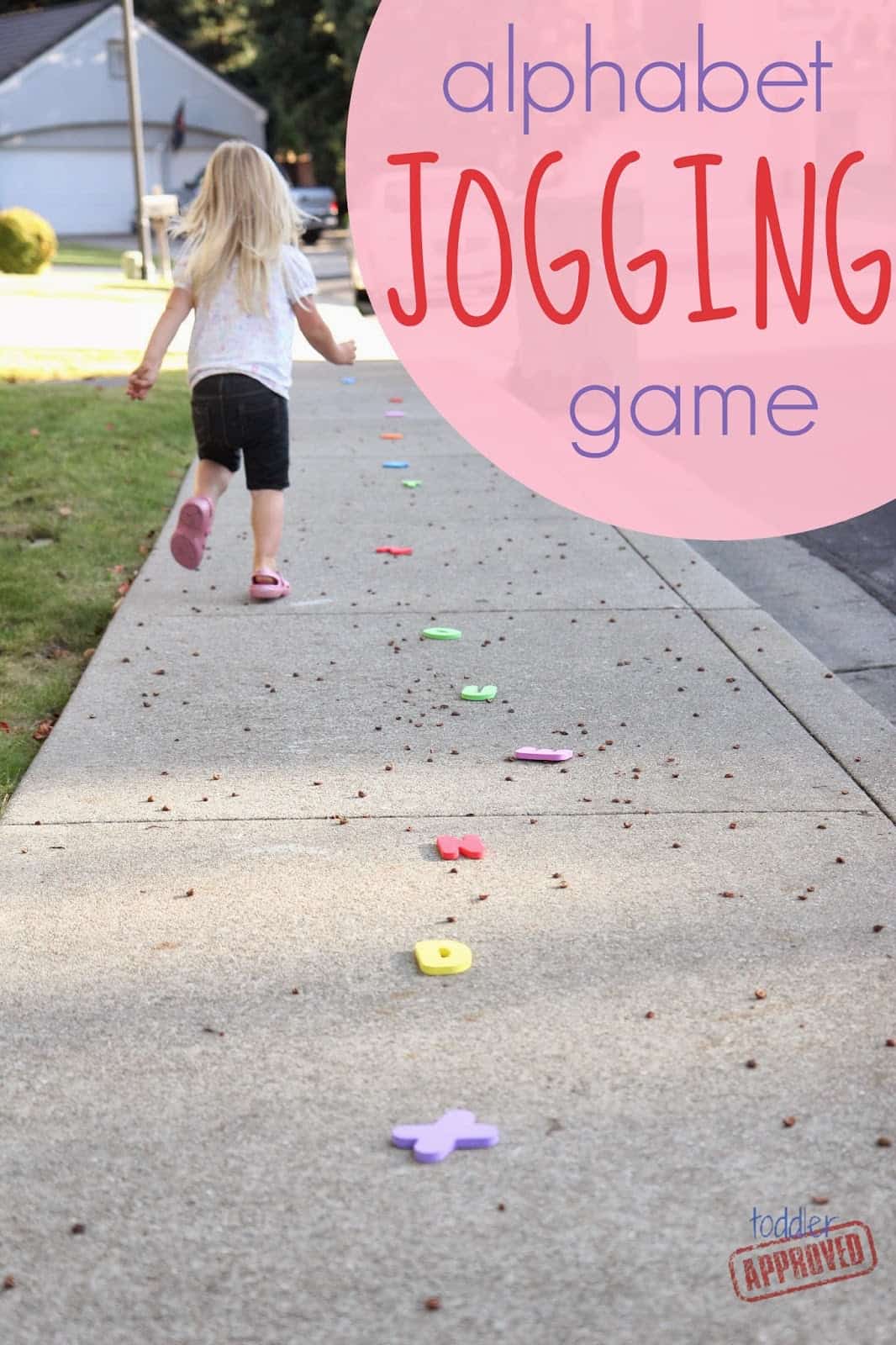 My kids and I love to run. Earlier this year I shared about our Family Jogging Club and how we use it to keep our kids having fun while they are moving. We also love to create movement games.

Last week I created an alphabet and making words jogging game that my kids had a great time playing.

, and a large space to run around. 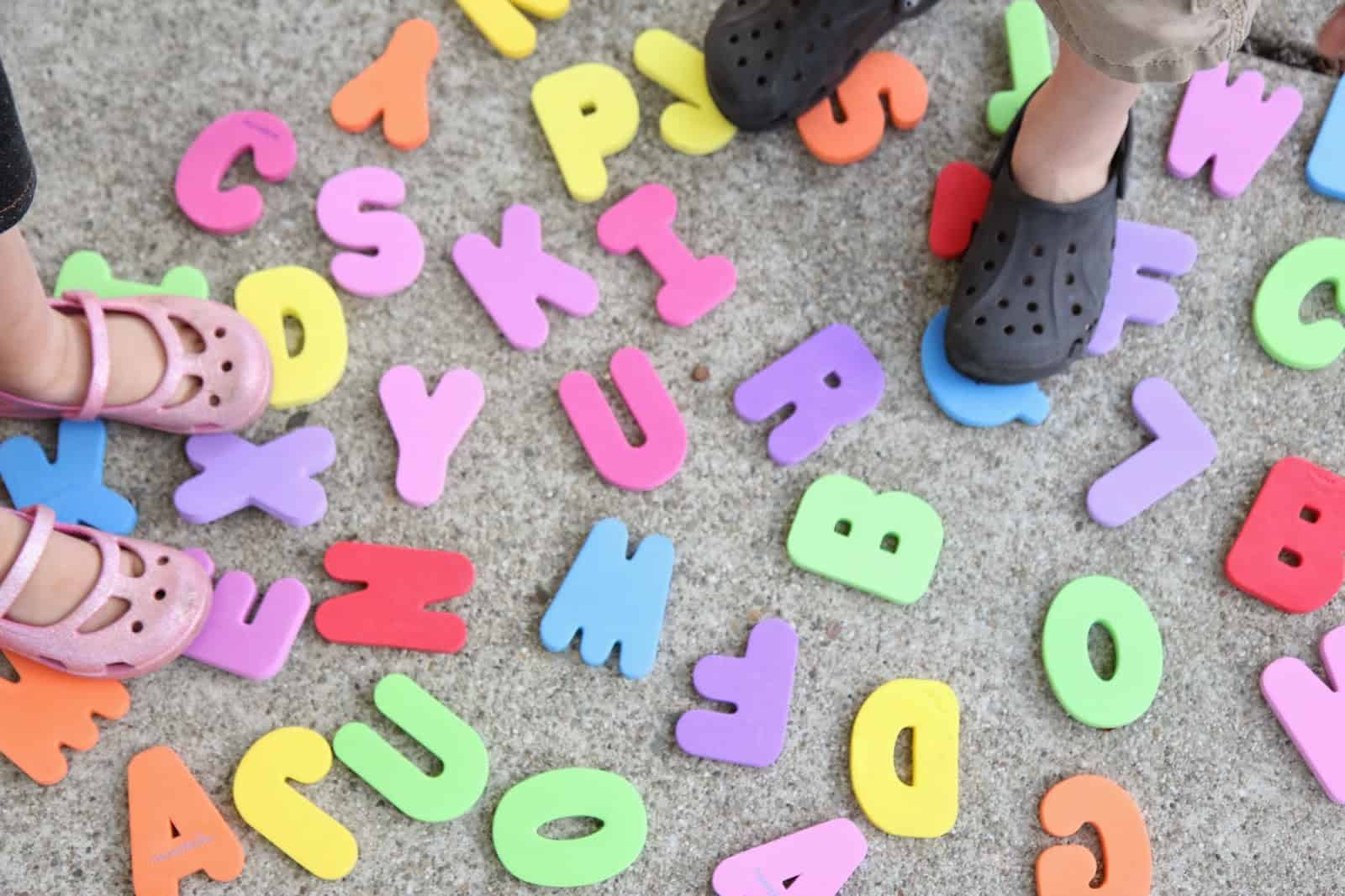 (Side note: My kids love Crocs and so do I because they can put them on by themselves. Do you have another favorite shoes that are easy for kids to put on and easy to run in? Add them in the comments please)


To play the game the first thing the kids had to do was scatter foam alphabet letters all around our cul-de-sac on the pavement. 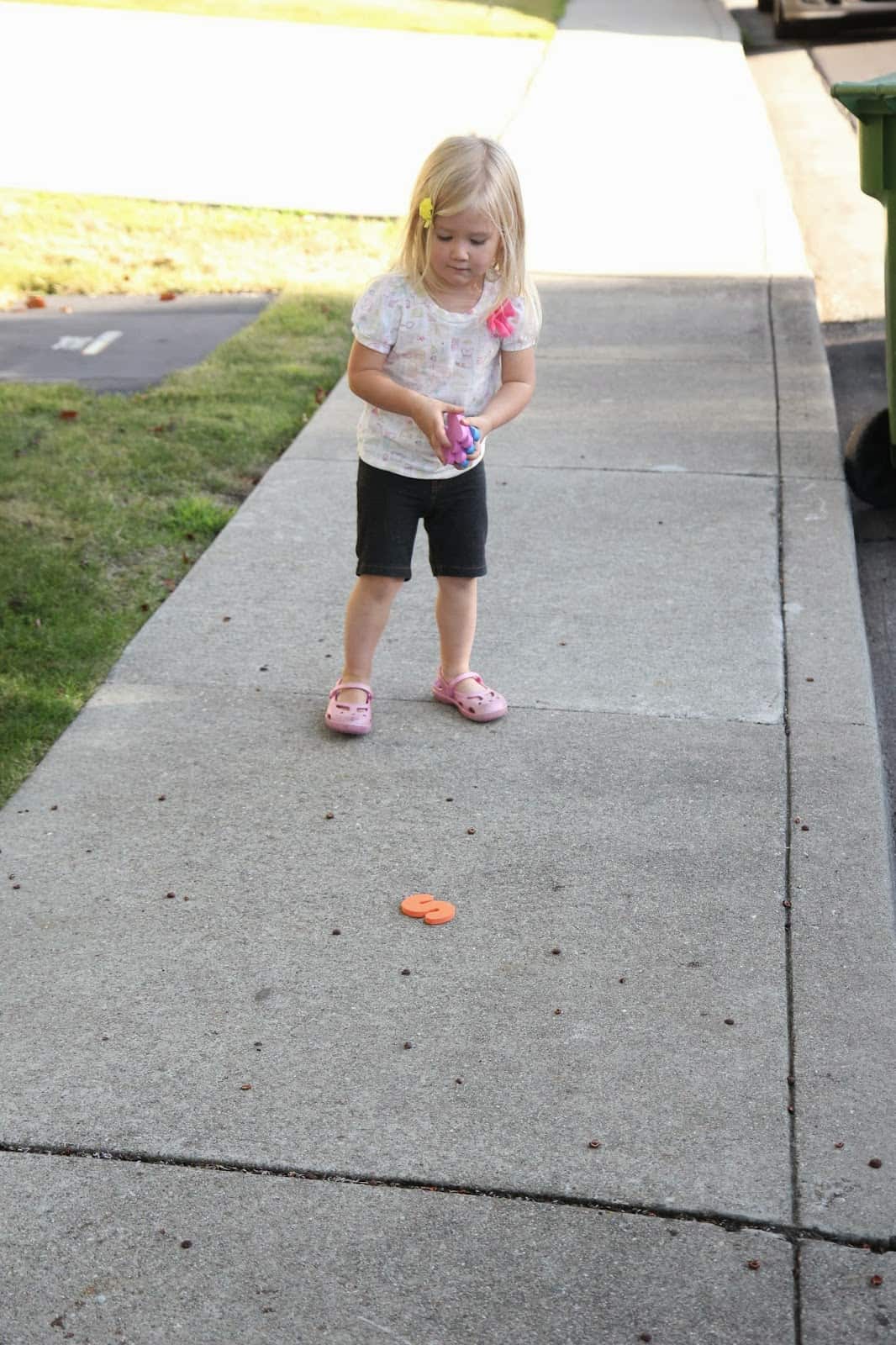 Next the kids found a spot on our "starting line" on the sidewalk and then raced around the cul-de-sac to pick up five or six of their favorite letters.

Once the kids collected their favorite letters, they raced over to a spot by our driveway to talk about the letters they found. Then they tried to make some words with their alphabet letters. They wasted no time finding some goofy words to spell (piw = poo? so they were laughing for awhile about that one). 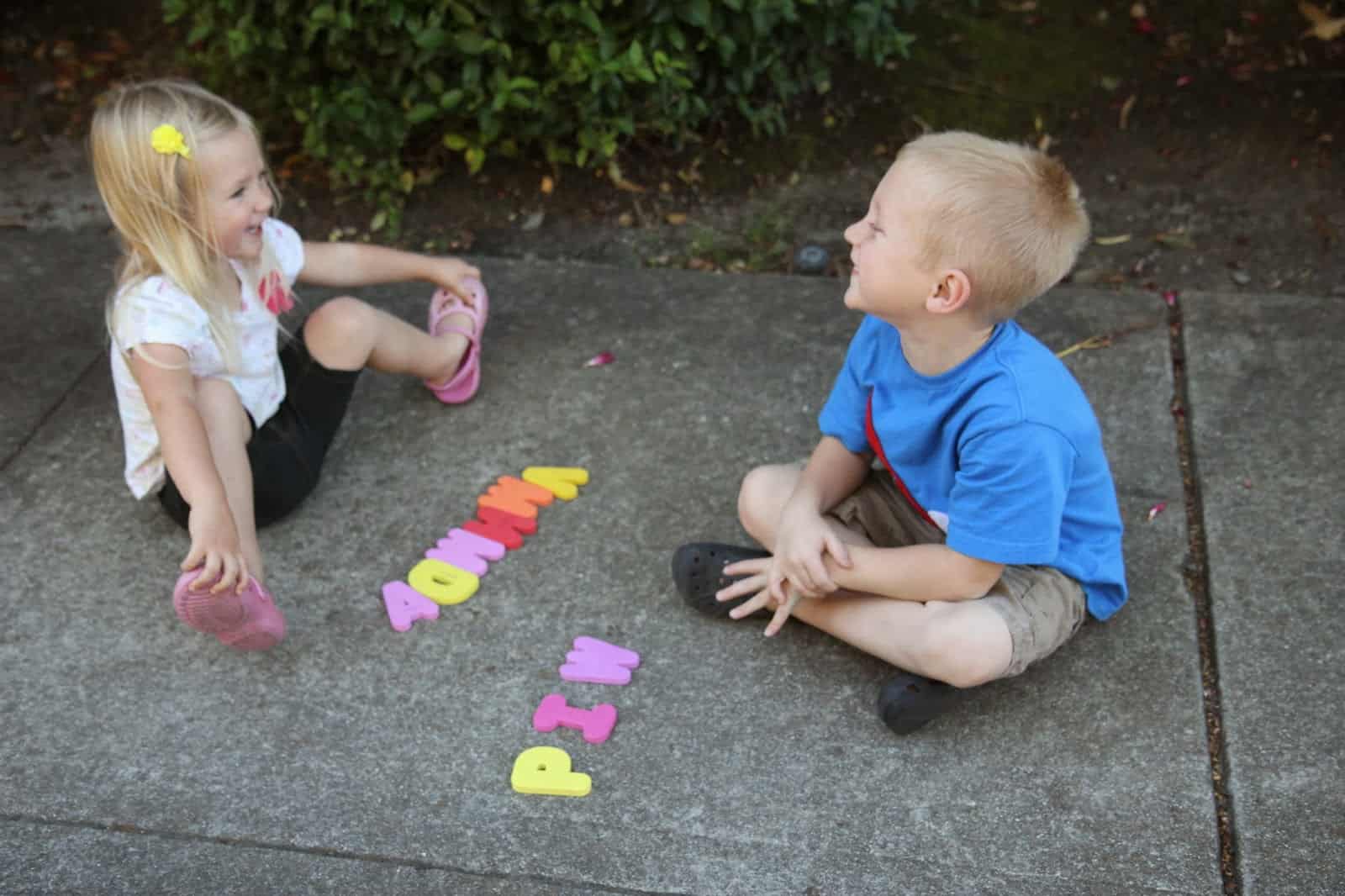 While my five-year-old spelled his name and made several words he'd learned at kindergarten (sight words, word family words, etc), my almost three-year-old talked with me about each letter she found and what words started with that letter and places she'd seen the letters before. 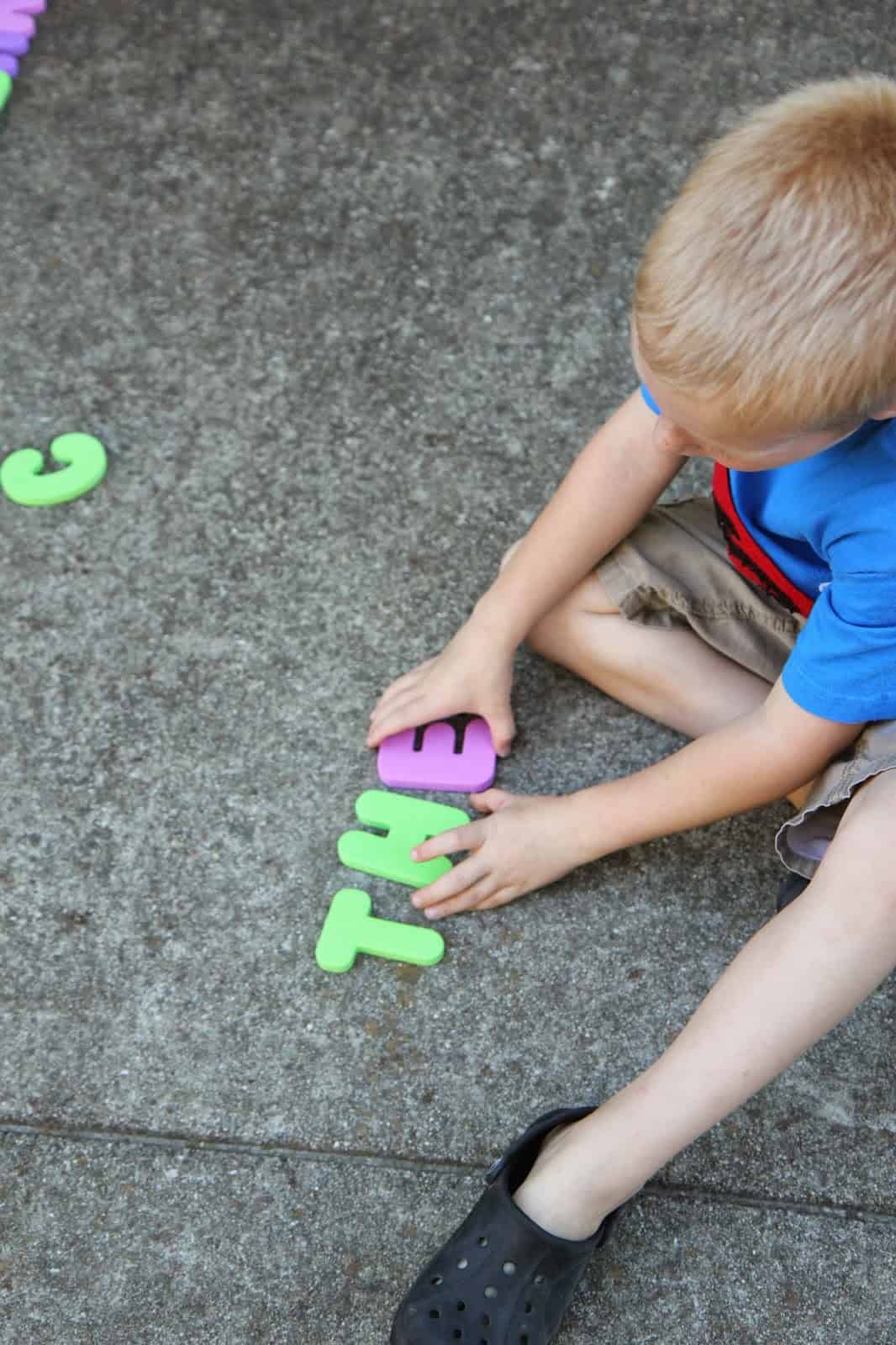 After we spelled a few words, we ran the letters back to their spots on the pavement, then we ran around and grabbed new letters. Once we had new letters we ran back and tried to spell different words. The longer we played, the smarter my son got at making sure to select a few vowels and consonants instead of just selecting consonants. 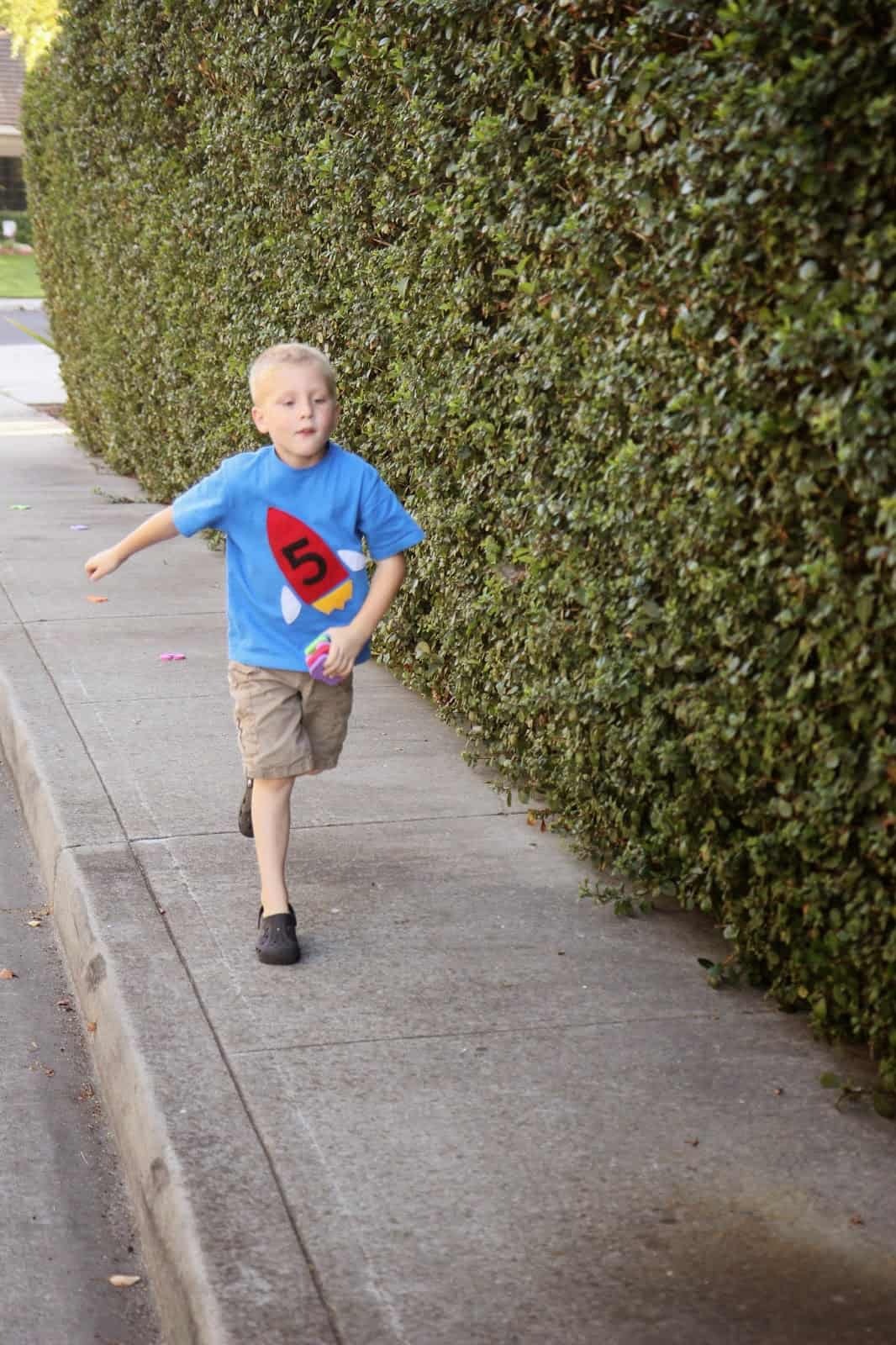 My three-year-old and I also went on a name jog and jogged around trying to find the letters in her name that we spread all over the cul-de-sac. 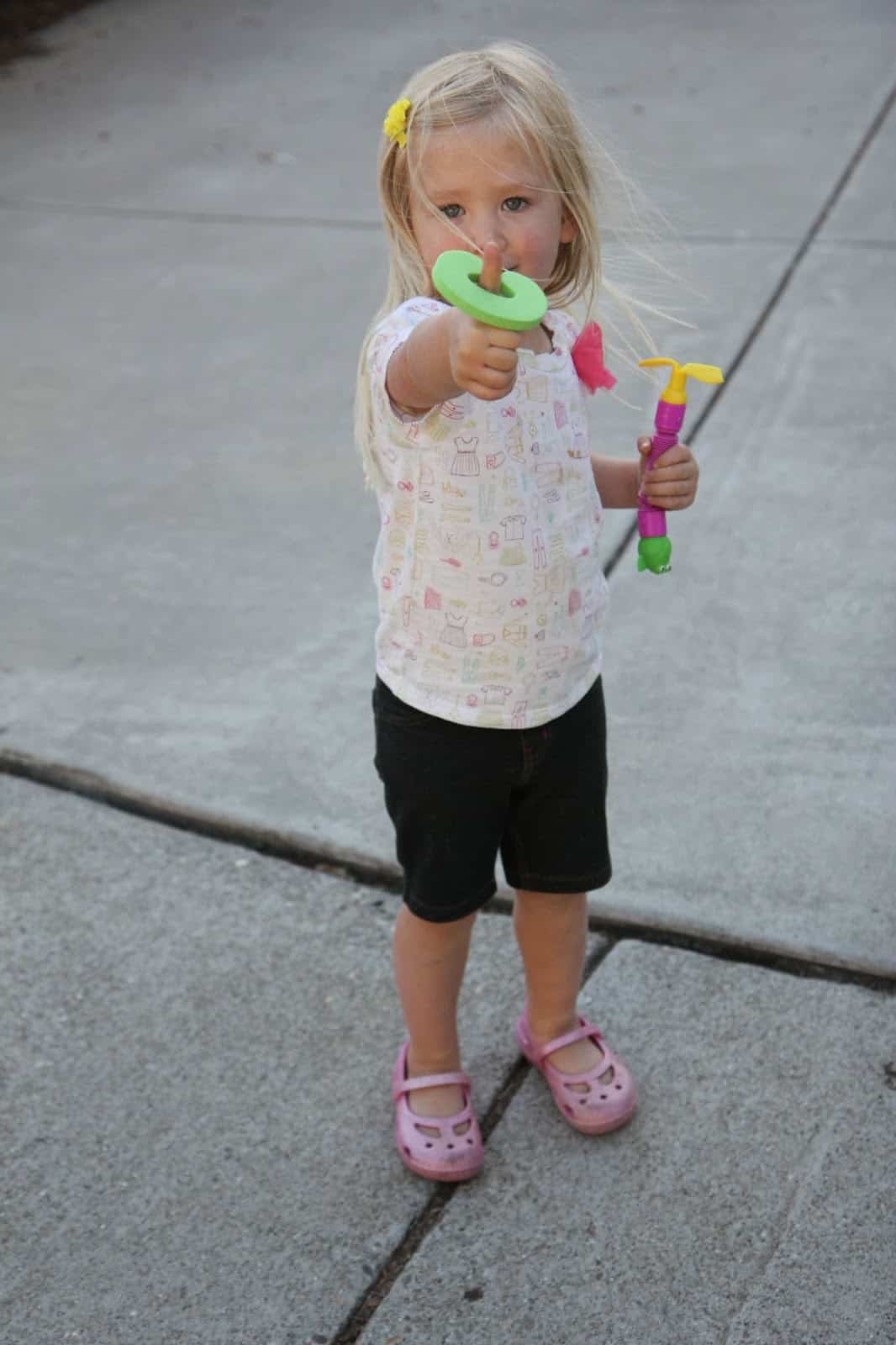 While we played, I jogged and pushed the baby in our jogging stroller... so I got a workout too! 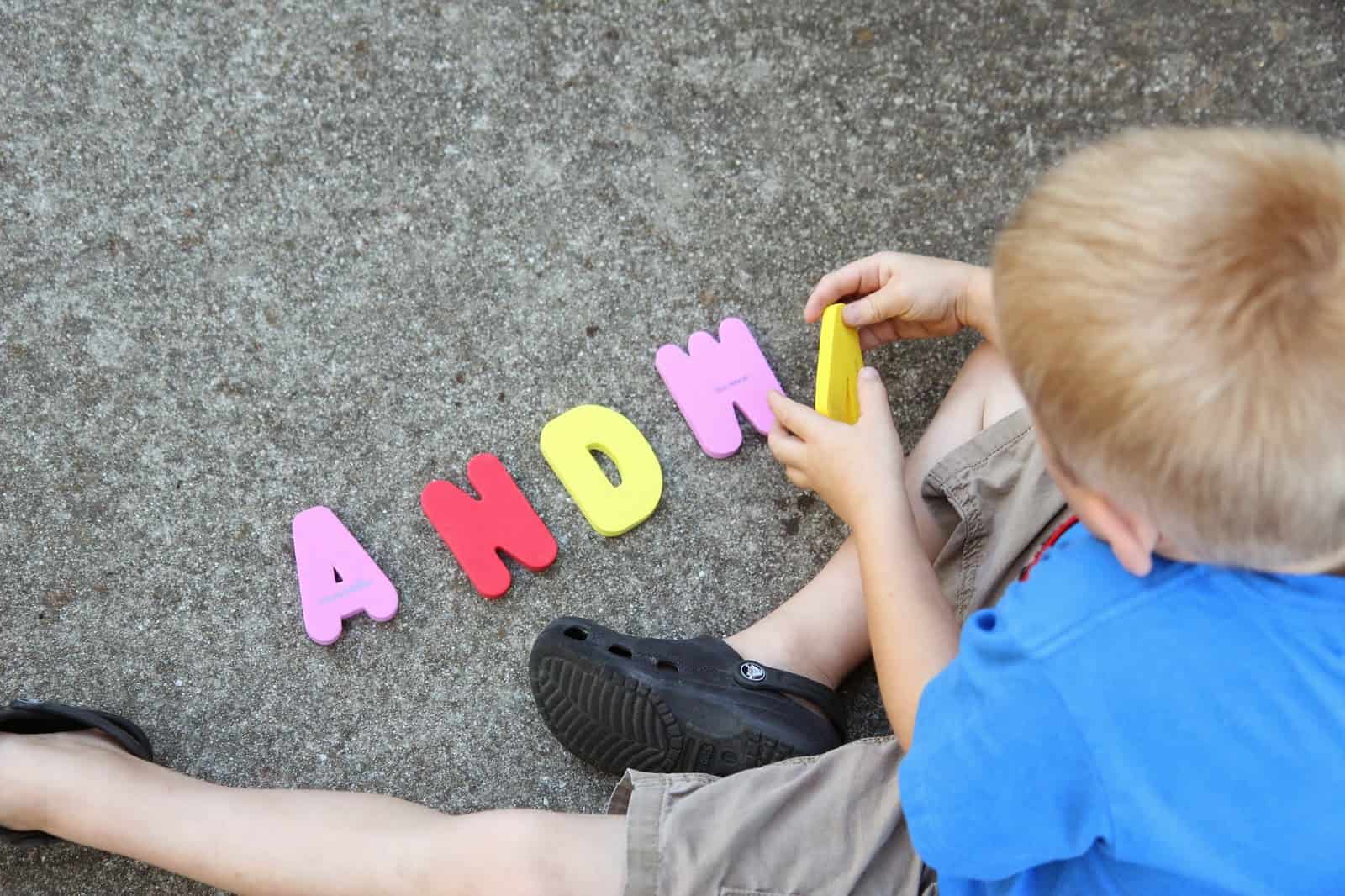 We played again and again until we were all sufficiently worn out and then we ran around and picked up all of the alphabet letters.

Our Alphabet Jogging Game is part of the Move and Learn Series that I am joining along with Hands On: As We Grow, The Pleasantest Thing, and Coffee Cups and Crayons.

Our alphabet jogging game is just a fun way to play with and explore alphabet letters while getting your whole body involved!