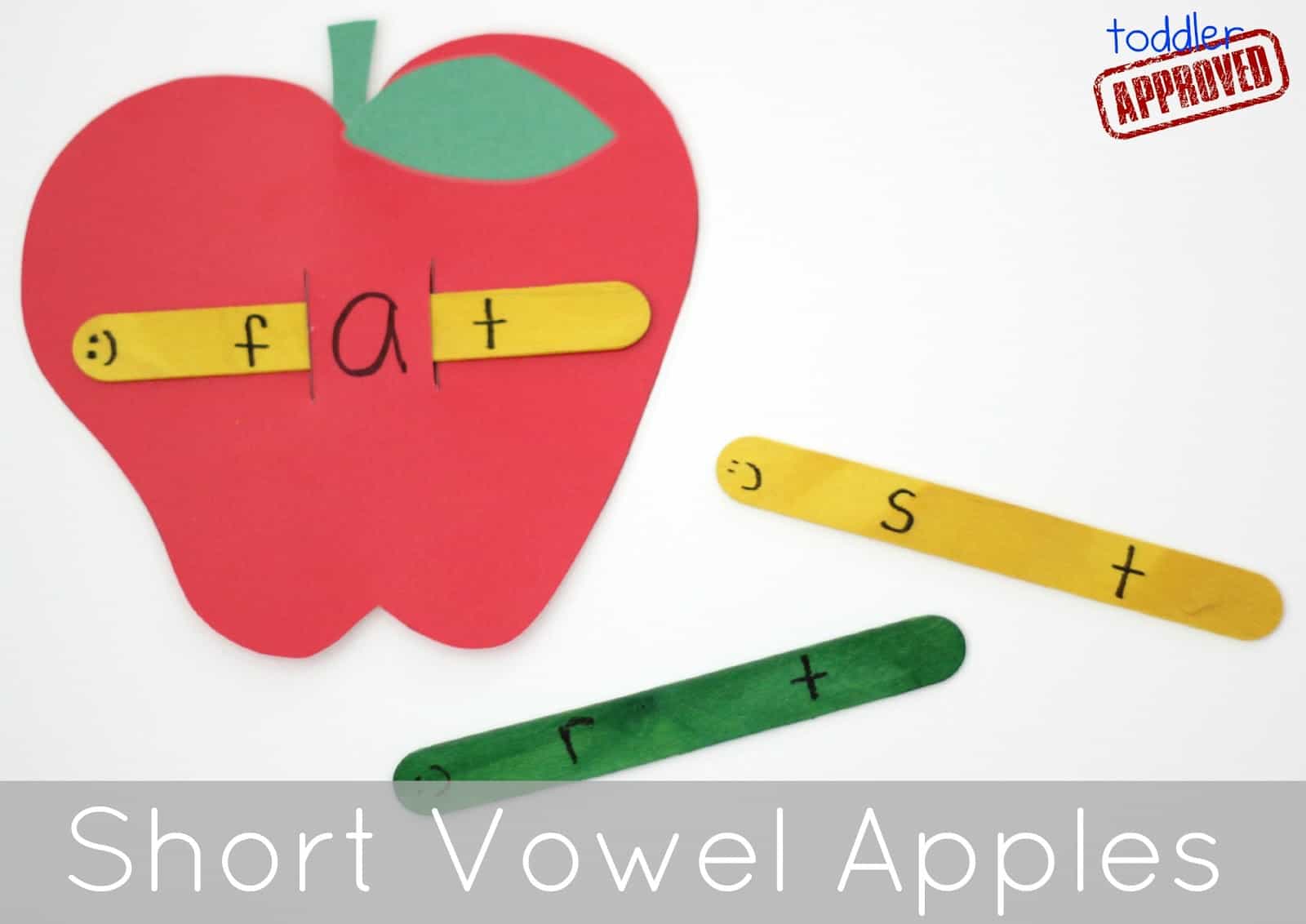 Back to School Basics posts are those that review simple math, reading, and writing skills for preschoolers and pre-k students. Today I am sharing two simple apple activities- one that reviews short vowels and one that reviews alphabet letters and sounds.

We love to sing songs about the alphabet letter names and sounds daily. We also talk about the two types of letters in the alphabet- consonants and vowels.

Vowels are short when there is one vowel followed by only consonants. This week we reviewed the alphabet letters and sounds and I introduced my son to the short vowel a with this simple apple pull-through activity. 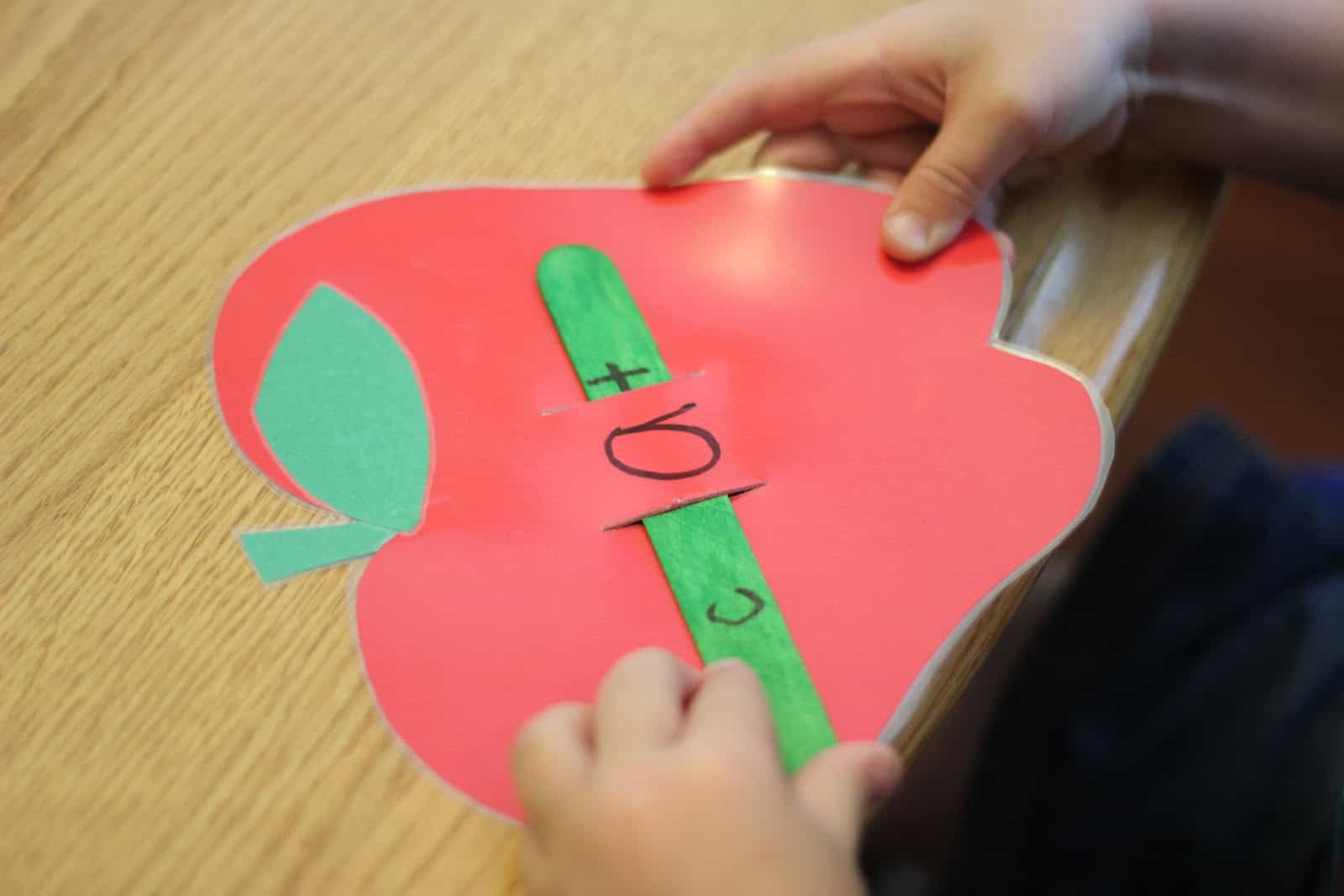 Short Vowel Apples (Pre-K+)- Simply have your child slide the different popsicle stick worms through the slits in the apple to make different words. Have them practice sounding out the words by point at the letter on the left and moving letter by letter to the right as they say the letter sounds. My son likes to use his "magic finger" to sound out and blend the letters to make words. 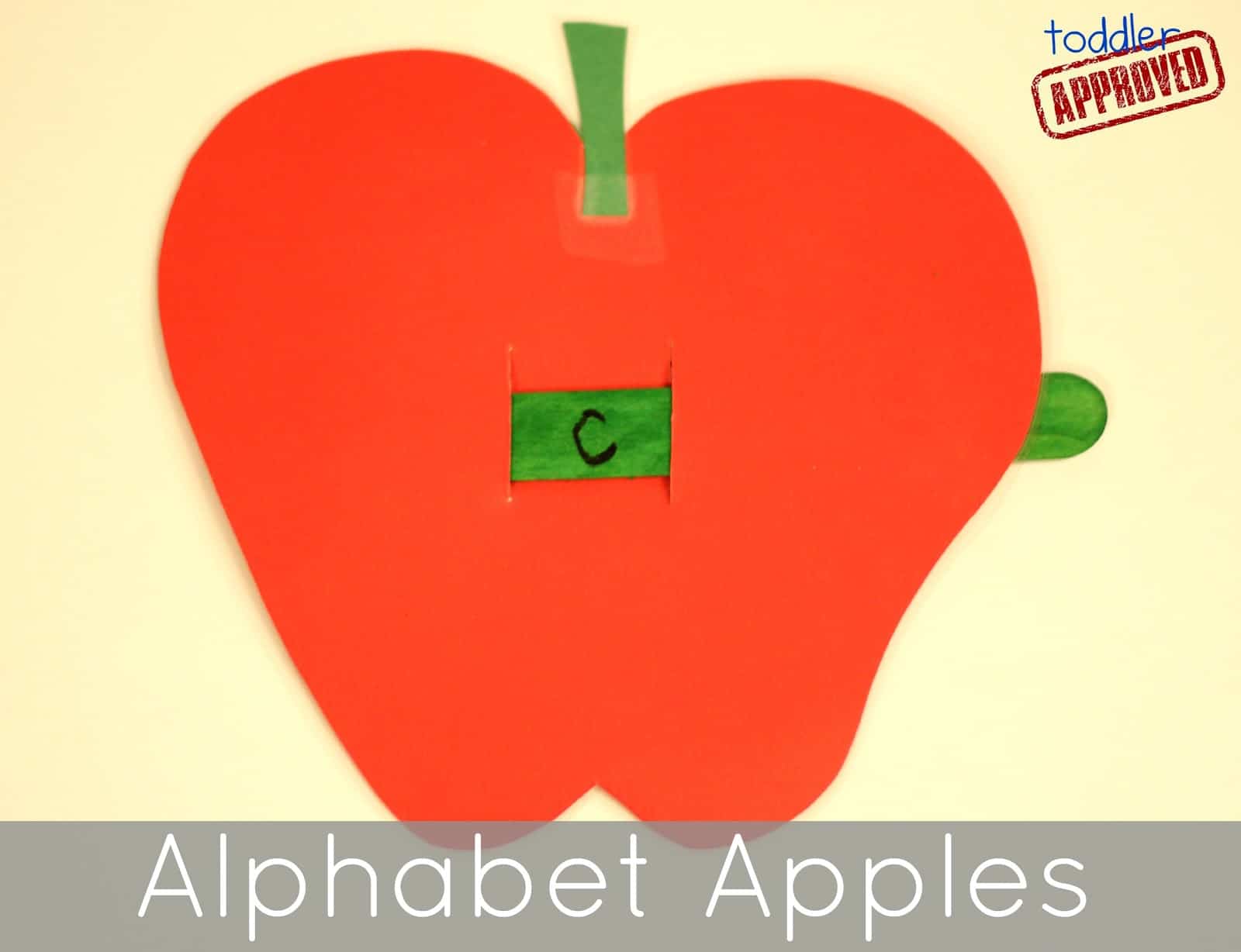 Alphabet Apples (Preschool+)- If your child isn't ready for blending words yet, then you can leave the center of the apple blank and make some popsicle stick worms with alphabet letters (or just vowels) on them. Your child can slide the popsicle stick worm through the hole (in reverse) and you can have your child guess the letter name and sound that each worm makes.

Have you ever seen anyone this excited about sounding out new words? 😉 My son was in heaven. The worms (with smiley faces) definitely made reading even more fun. 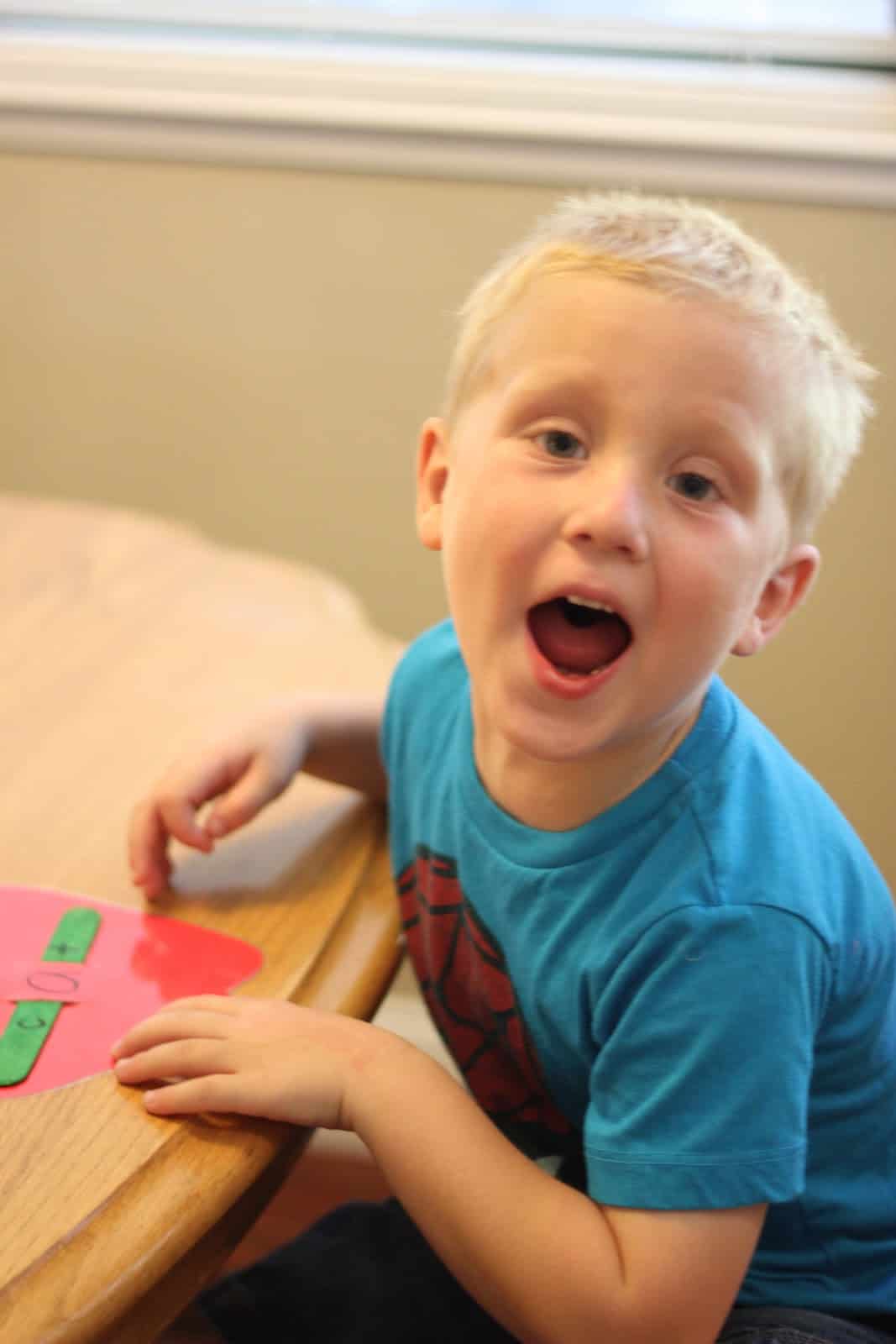 How else do you like to review alphabet letters, sounds, and short vowels?

Here are a few resources that are fabulous:

What else could you teach with these apple sliders?