It is raining here today, so we've had a lot of time indoors. Here was our favorite active game that we played this afternoon.

Materials Needed: two tubs or laundry baskets, two balls, and two foam (or cardboard) number twos (we made some yesterday when we played "Hide-and-Two"). 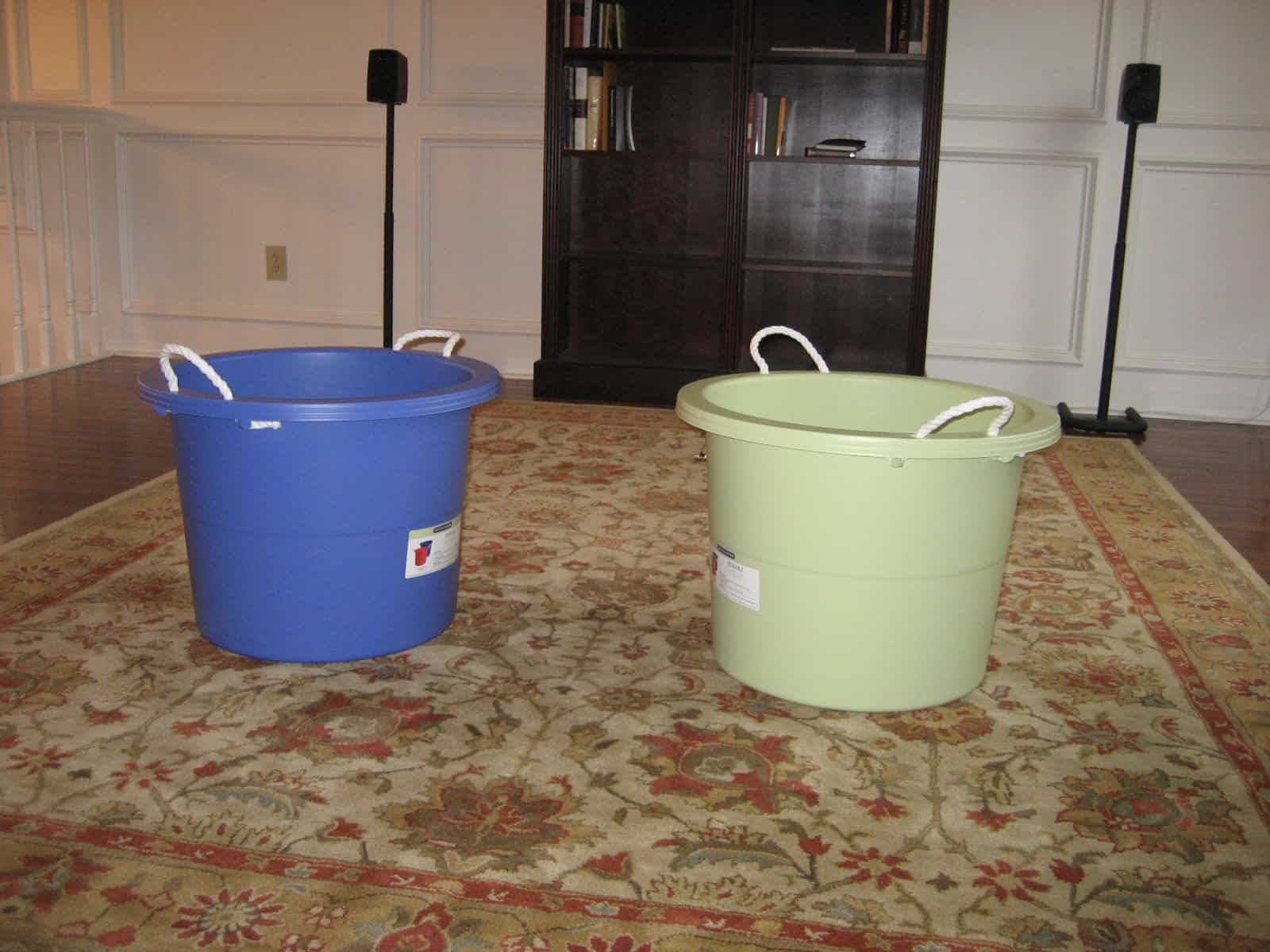 Directions:
1. Set up the area so that the two tubs are next to one another, spaced a little apart (see above). Designate an area a few feet from the tubs where the shooters will stand. We placed our two foam twos on the ground where we wanted to shoot from.

(my son is showing that he is standing on the two) 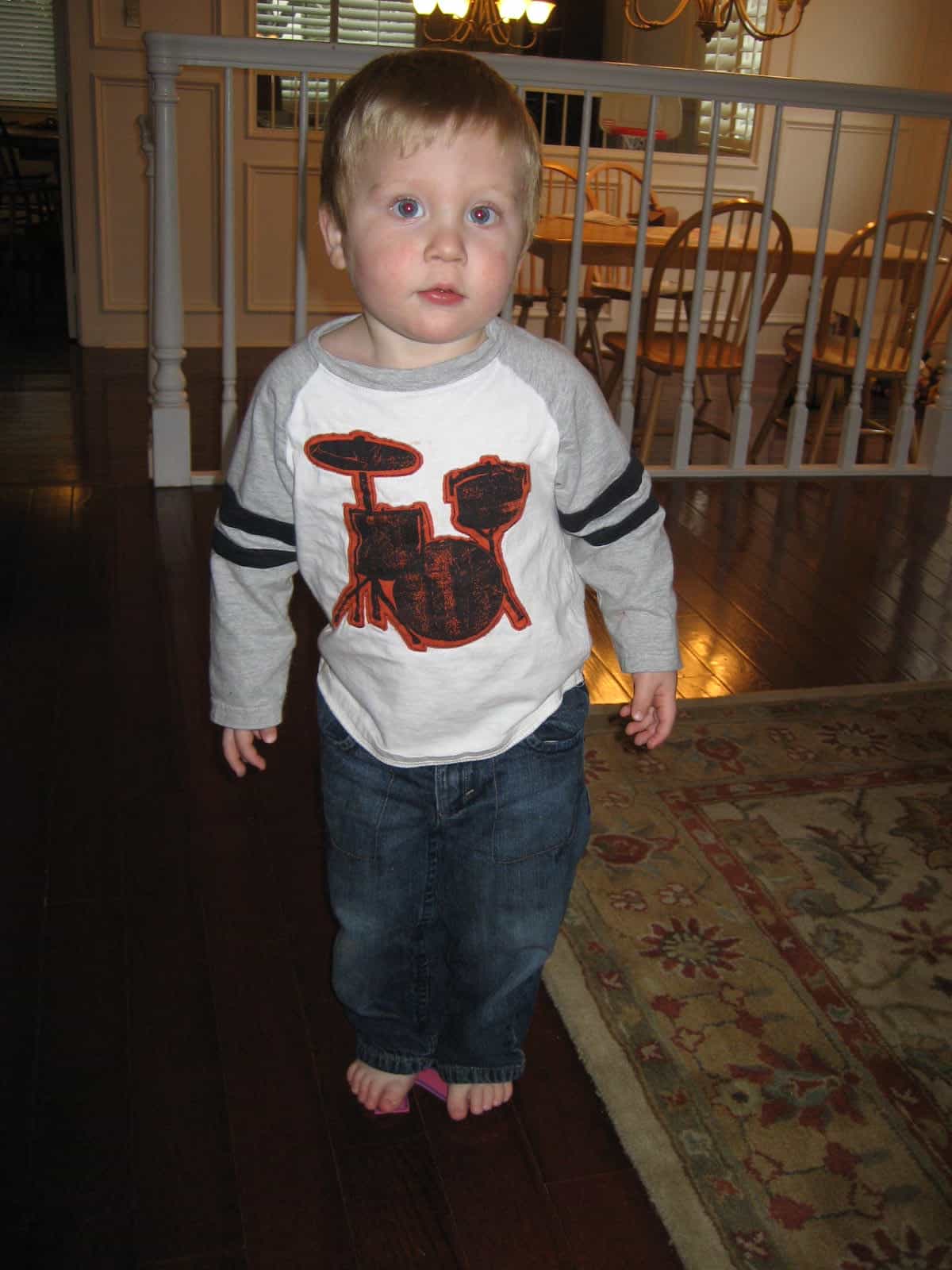 2. Model the rules of the game. Our rules: First, stand on the two, shoot the ball from the two when I say "Go!" Go get your ball and go back to the foam two. Go again when I say "Go!" (this was all modeled with very simple language. I didn't say all that to my son because he would be overloaded with language and get confused). 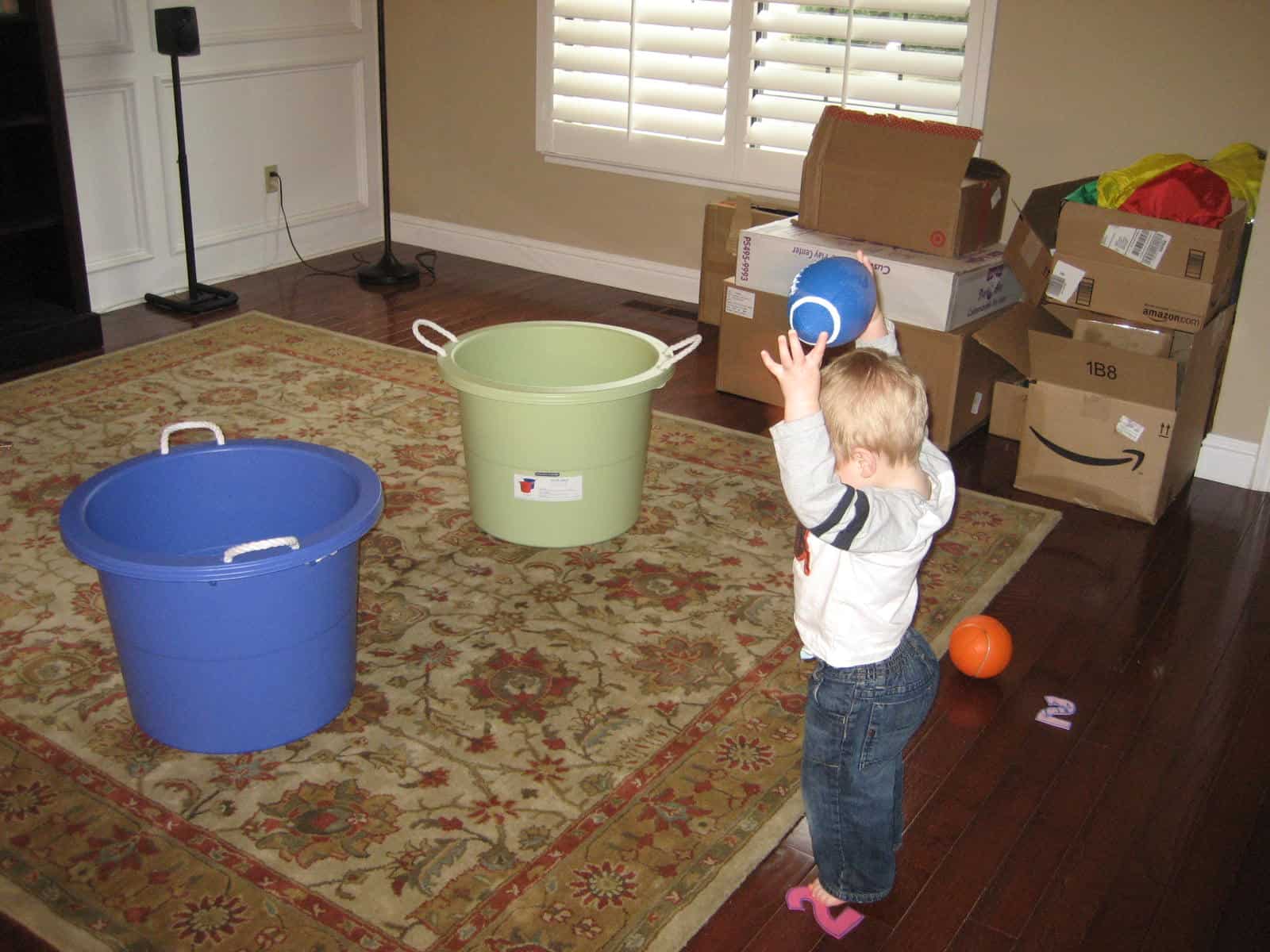 3. We both shot at the same time. During the game sometimes I would change the rules and we'd have to shoot into a different color tub that was diagonal from us (instead of in front of us).

4. As your child gets better at shooting, help him move the foam two further back so he has to throw from further away. 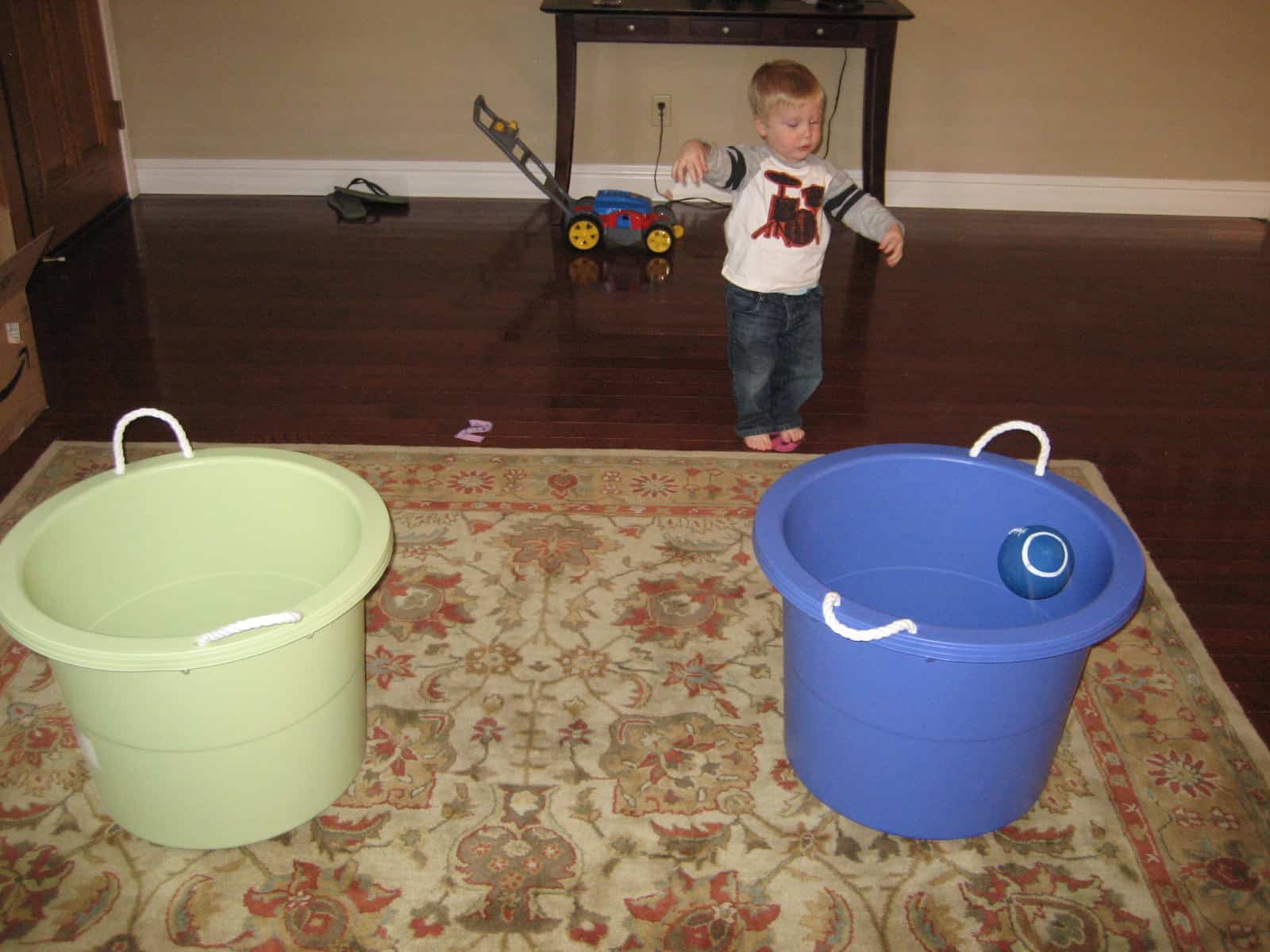 We tried to shoot at the same time. The main reason was to practice following directions and reacting on a cue. We took turns yelling "Go." When we both made baskets, we gave each other TEN (high fives with both hands) and cheered! When we missed we said, "almost" or "try again" or "good try." I was impressed with how well my son followed the directions and only needed a few reminders to stay on the two when he was shooting. I could tell he understood my directions because he would slowly move his two closer and closer to the basket so he could make his shots every time.

We also spent some time talking about the number two, how there were two tubs, two balls, and two foam twos. When we shot the baskets, I would count aloud as we each took our turn- so that each time we counted up to two.