As part of our Humpty Dumpty rhyme time today, we build a nursery rhyme wall.

After all, Humpty Dumpty sat on a wall... so we needed to make one!

Each block got a word. 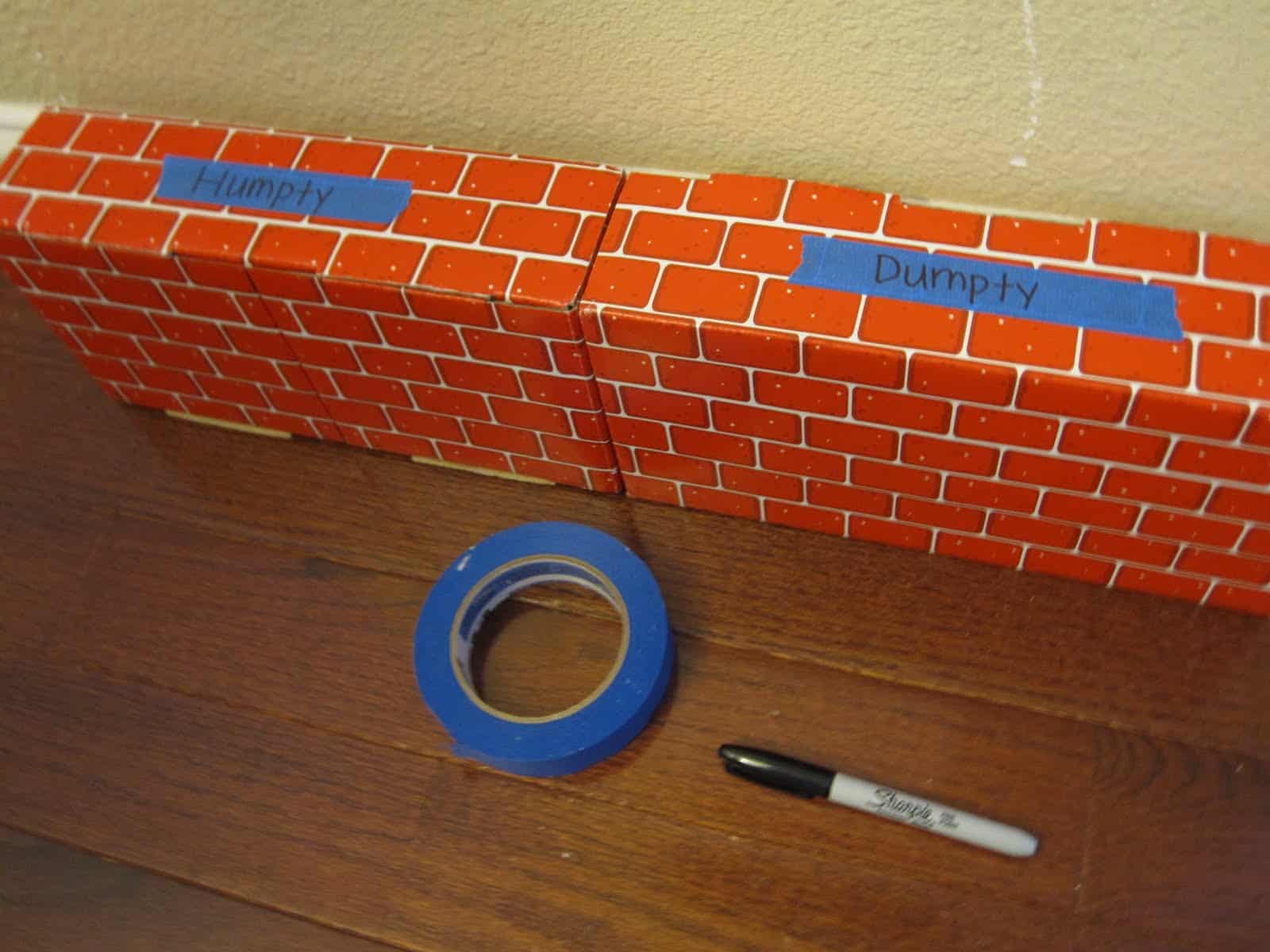 While I wrote each word onto the tape, we pointed out the exact same word on the rhyme poster stuck to the wall above. 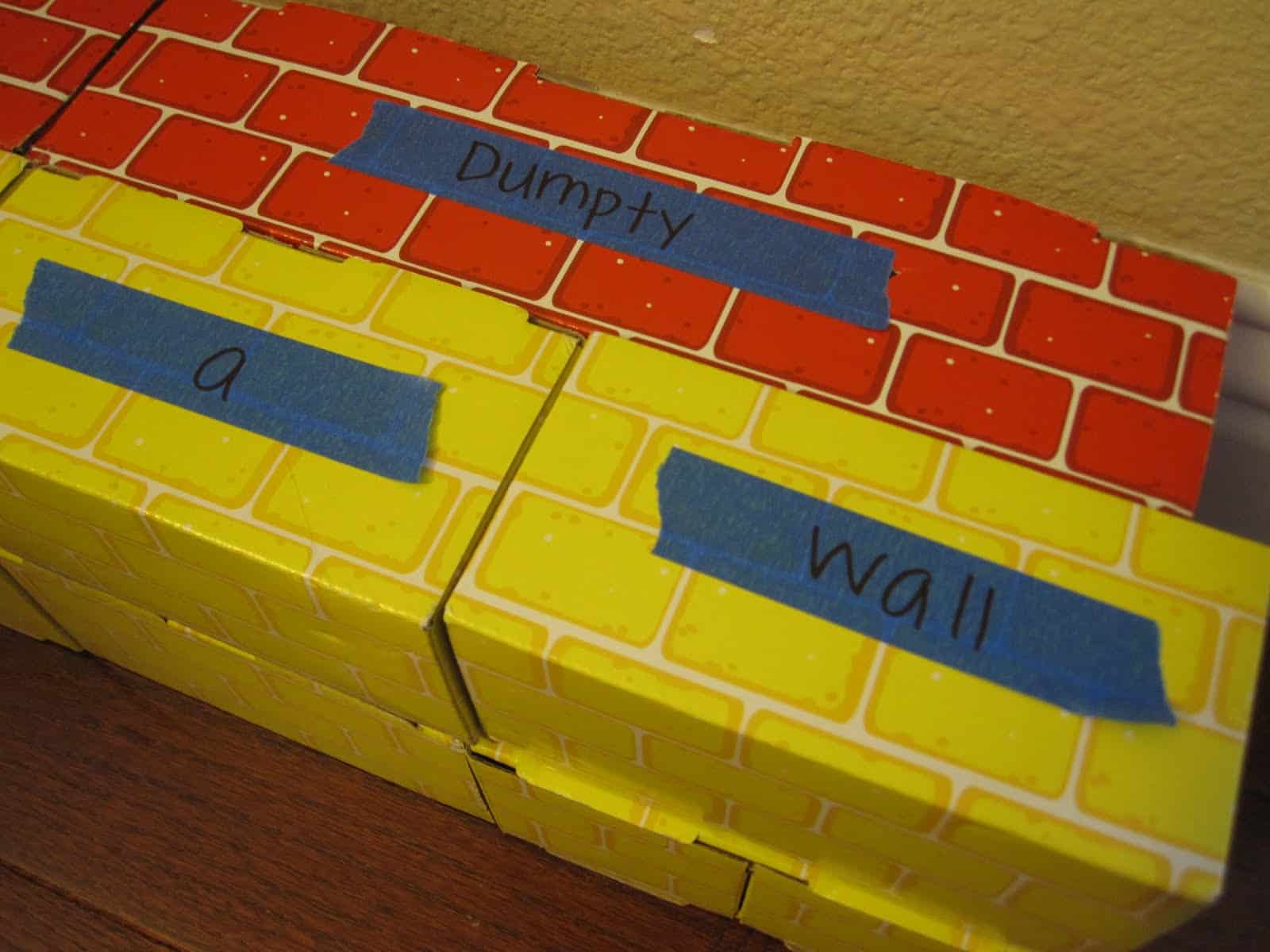 We practiced each section of the rhyme several times before we'd build the next portion of the wall. We built the wall from the top to the bottom and from left to write, because I wanted my little guy to understand that that is how we read and build sentences. It was opposite of typical wall building (bottom to top), which is why we built it sideways 🙂 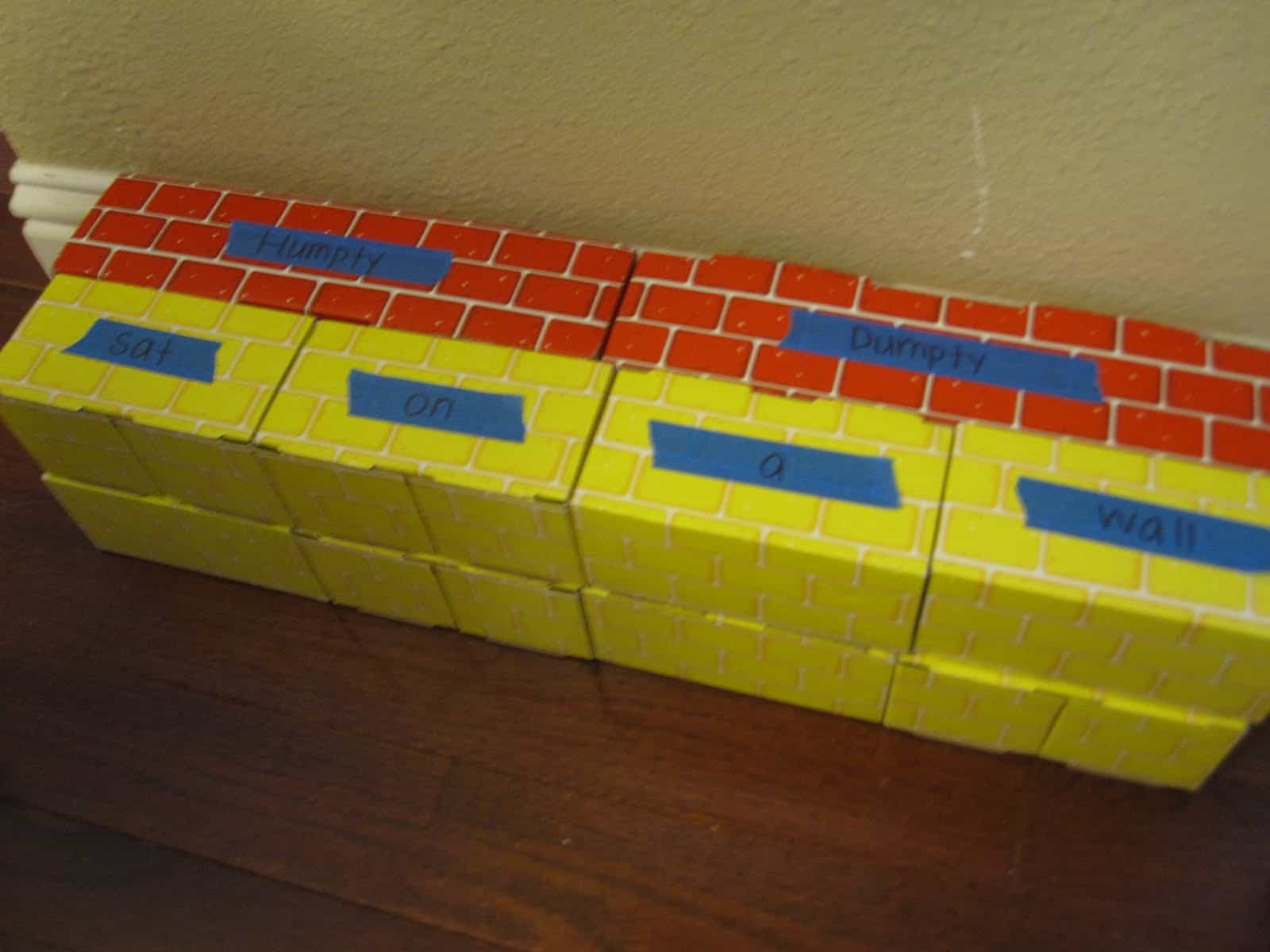 As we worked, we read the words on the blocks and I modeled how I touched one block while I read the word, then moved to the right and touched the next block and read that word... and on and on.

Then my little guy tried to do the same thing. 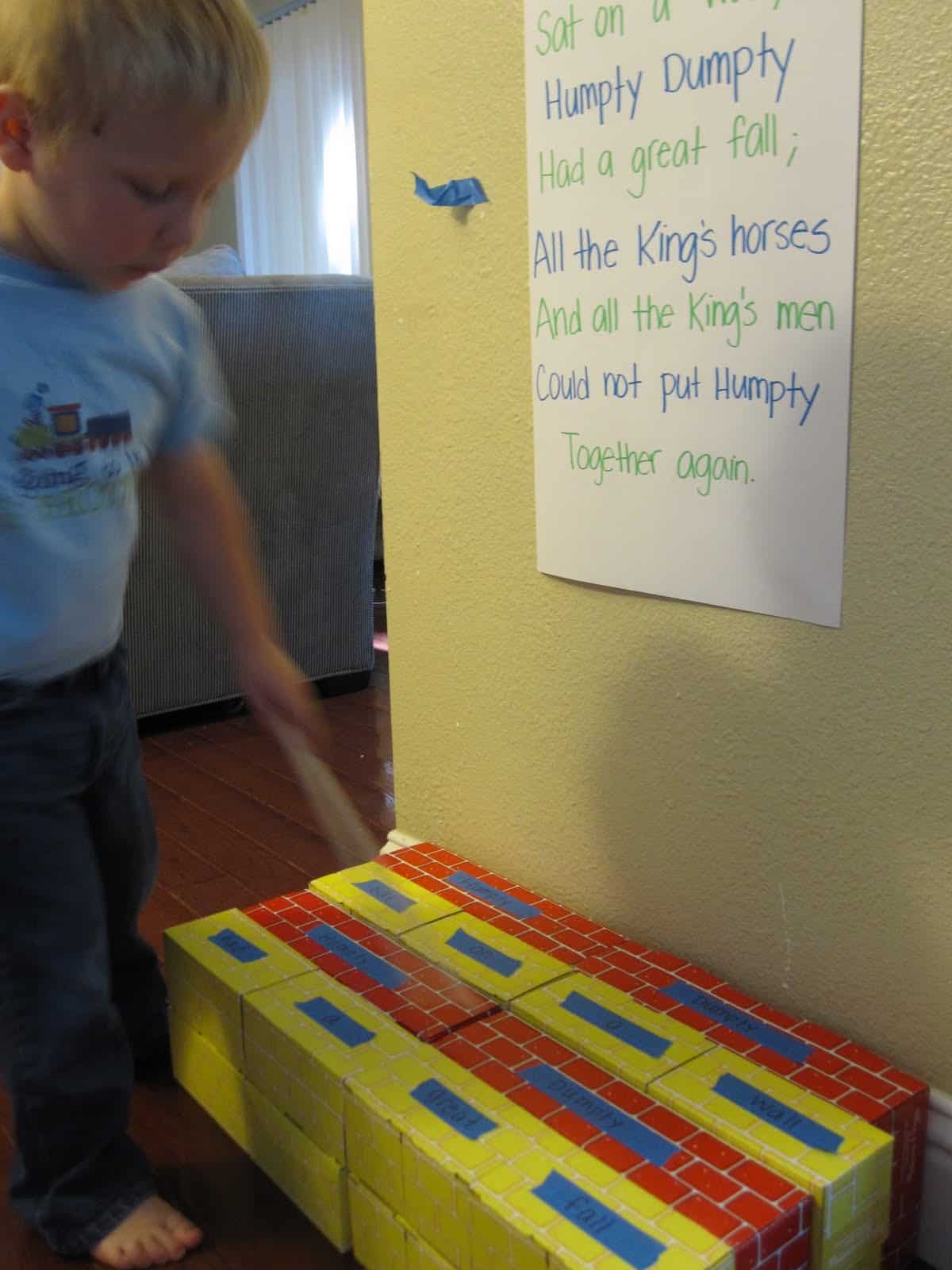 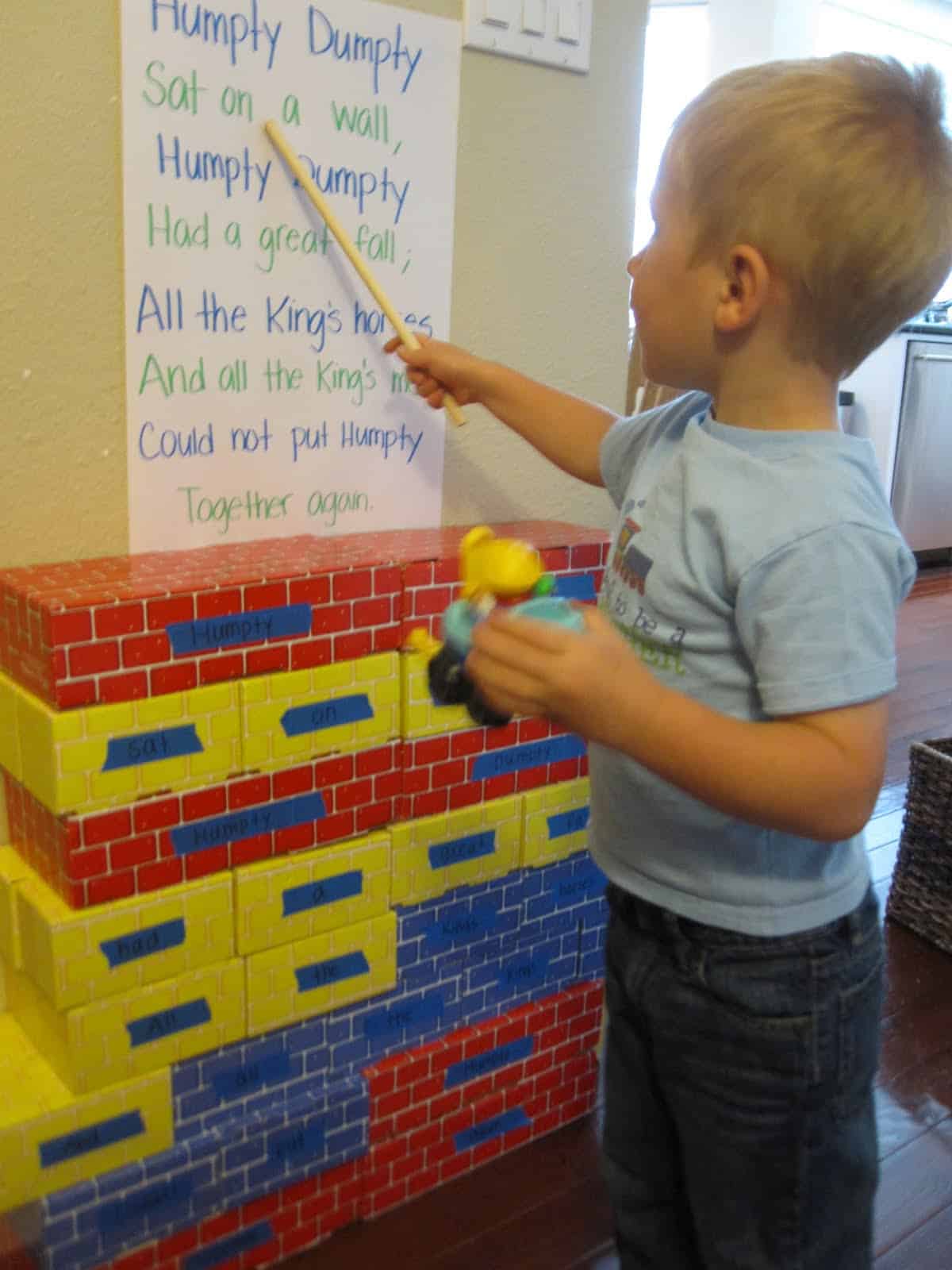 Once building was done, we played a word hunt game and I would say a word and he would find it on the wall... and then try and find the same matching word on the nursery rhyme poster. 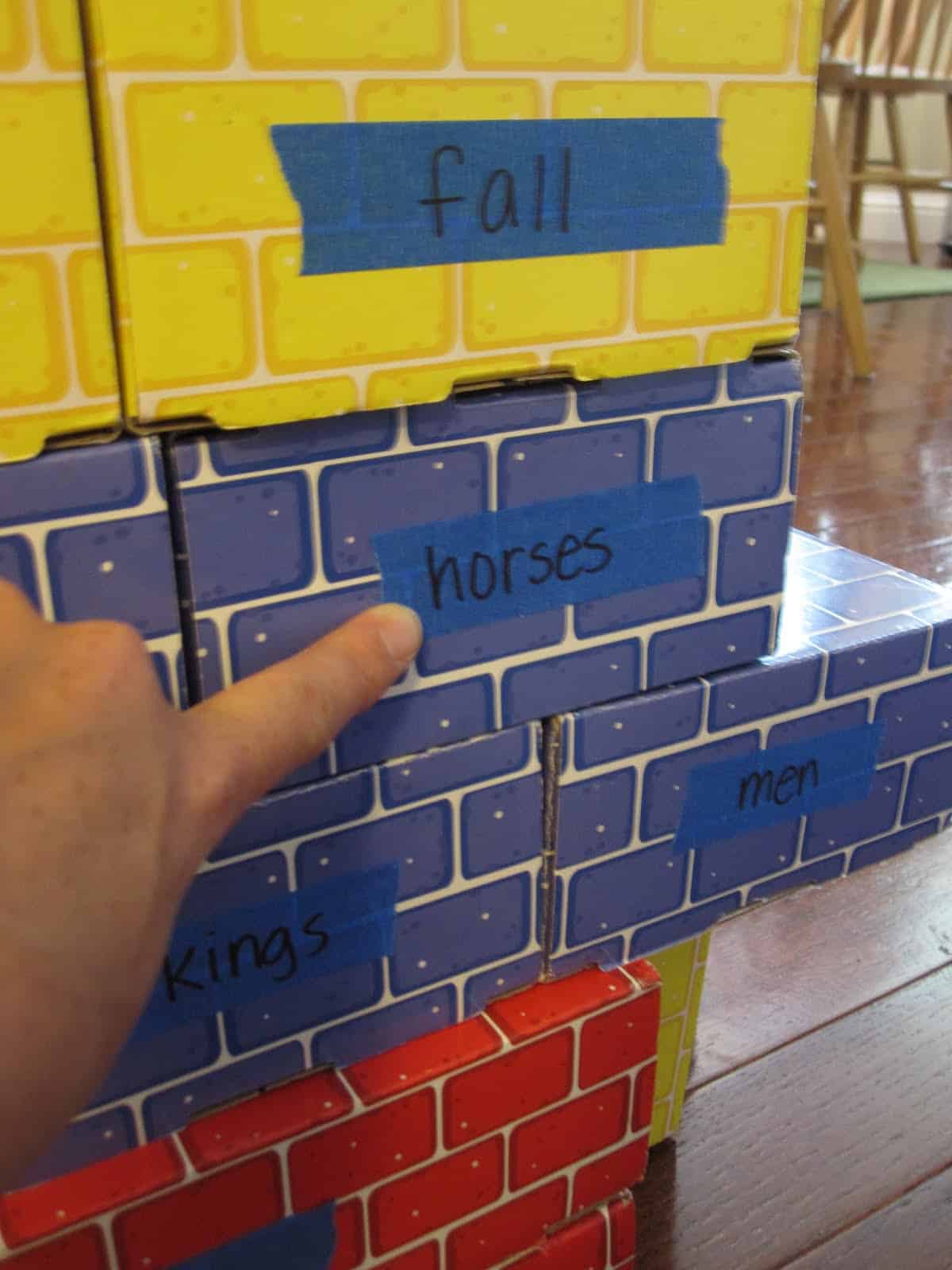 We made our wall stand up normally once we were done building our nursery rhyme... and then of course we had to act out the rhyme again and again using our wall and our trusty paper plate puppet friend Humpty Dumpty. 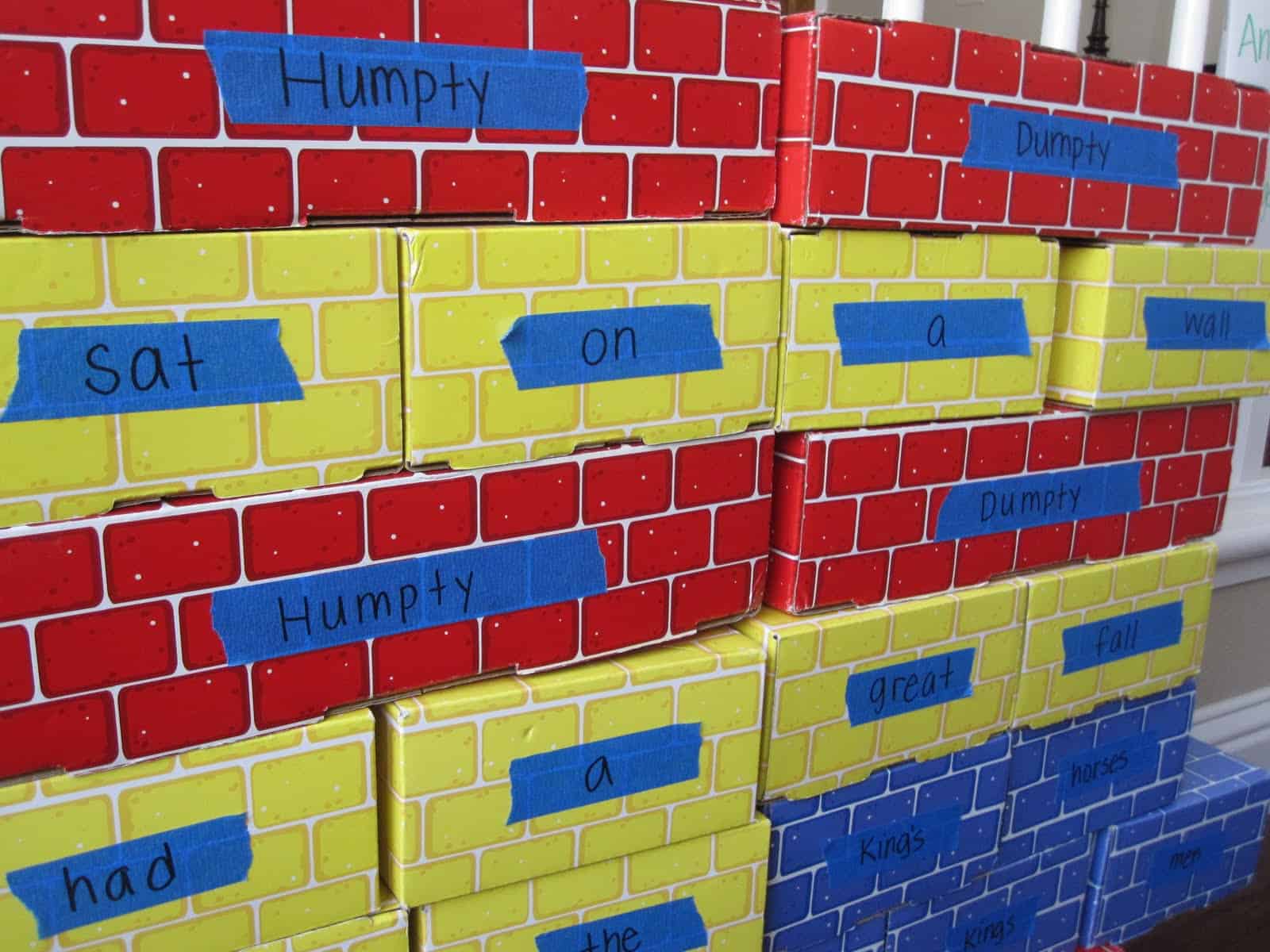 Poor Humpty Dumpty fell quite a bit today... and did some flying too. 🙂 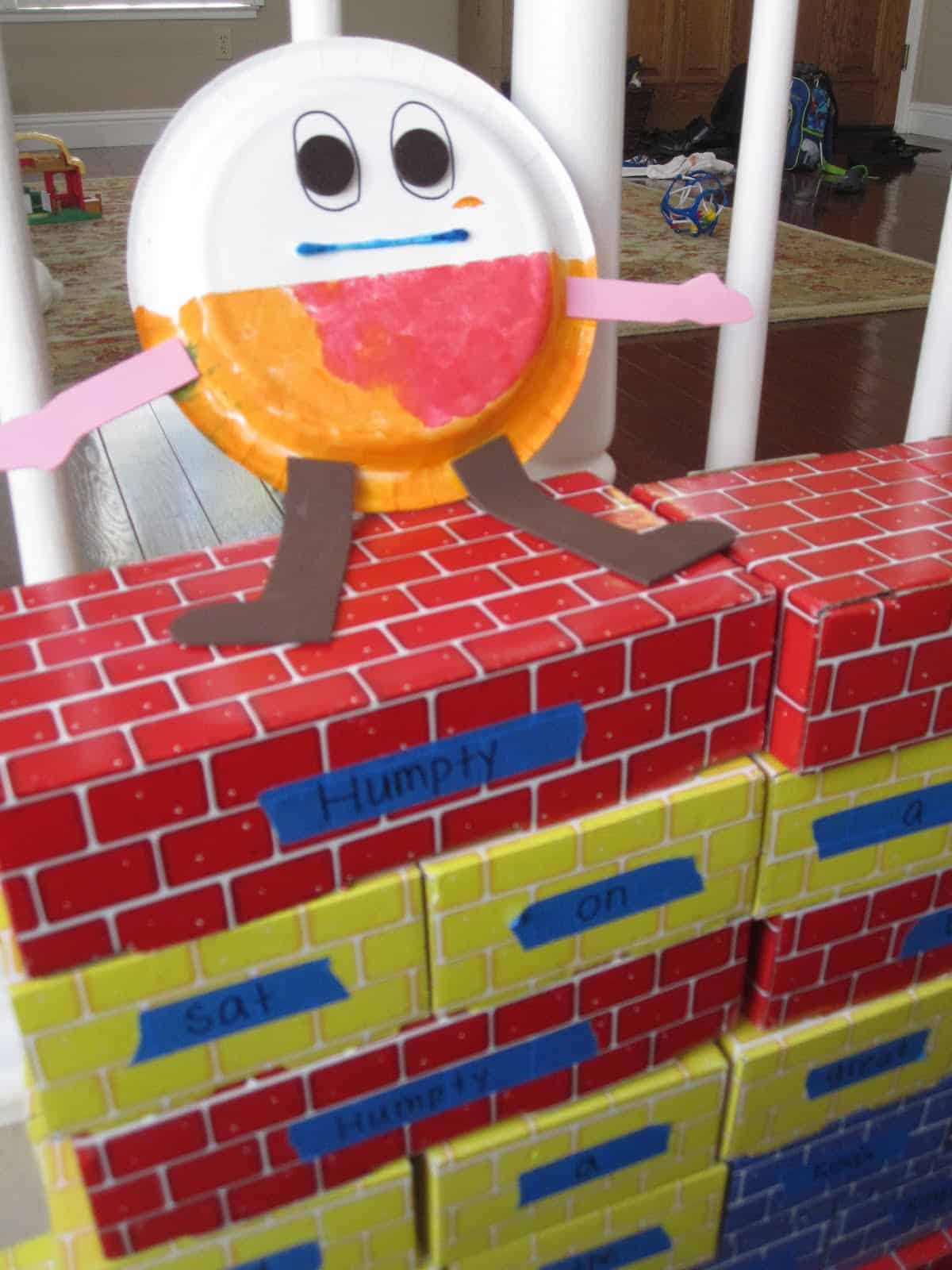 My little guy loved it and had fun showing off his wall and the words that he could find to his dad later this evening.