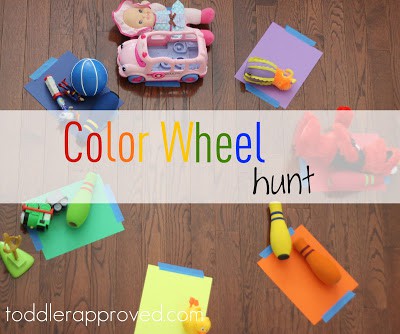 Earlier this week I saw Hands On: As We Grow's awesome post about going on a Rainbow Toy Hunt and knew we had to do it because it was such a simple, but brilliant idea.

We saw Jamie's idea shared on several other sites and one of the commenters (Barbara) on Teach Preschool's Facebook page said they used to do a similar rainbow toy hunt, except that they put a different colored paper on each table in the preschool class. 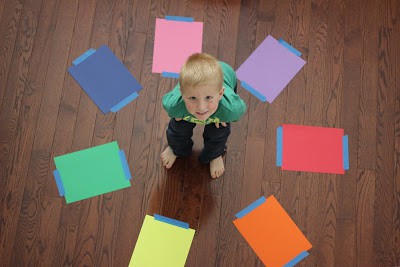 This is my tweaked version of the commenter's suggestion. We decided to make a simple color wheel in a large space on our dining room floor. The preschooler gathered the objects and then matched them with the appropriate paper taped to the floor. Meanwhile, the toddler followed him around and stole the objects off the color wheel and played with them. 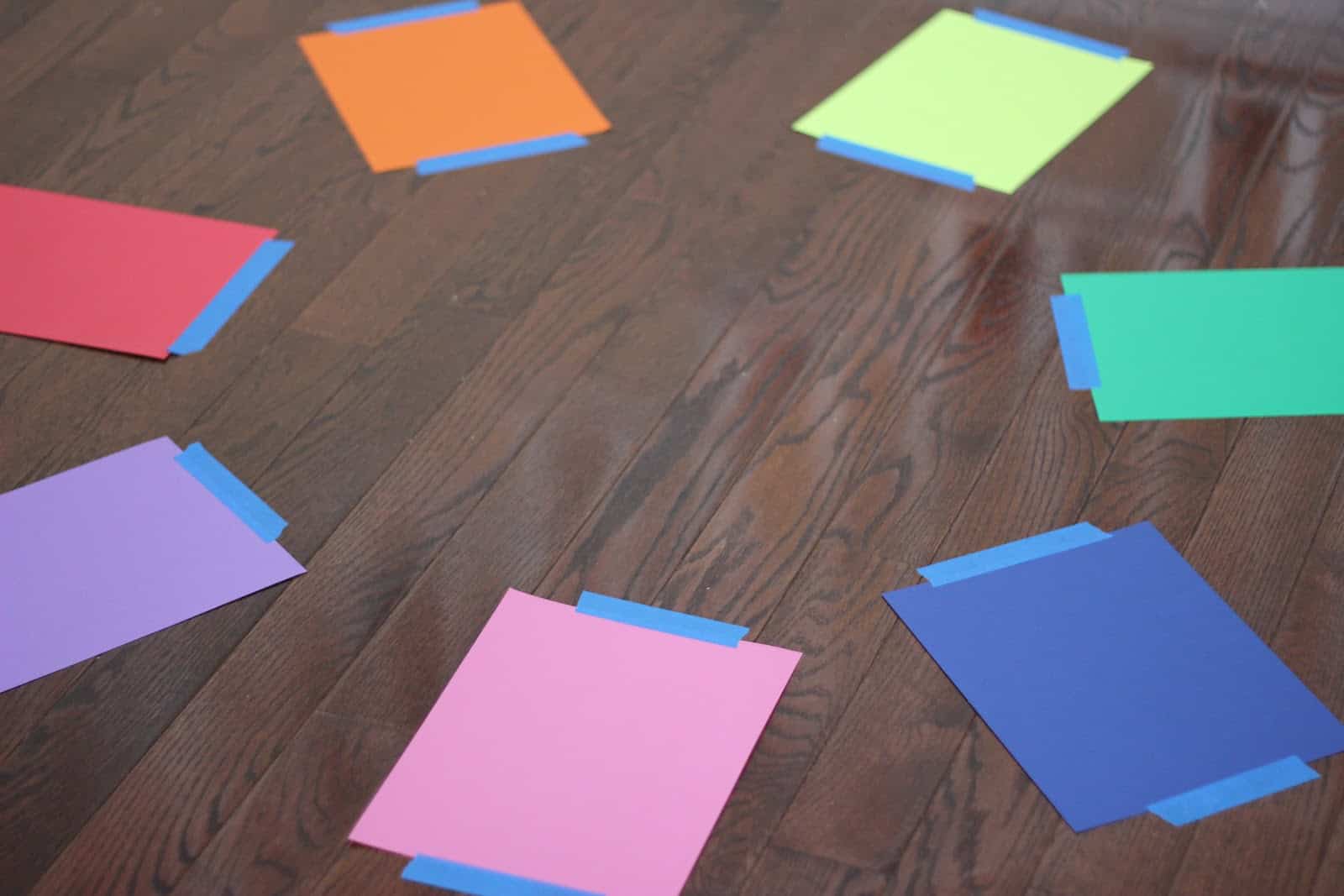 The directions for making the color wheel are simple. Just use painters tape and adhere rainbow colored pieces of cardstock to the floor (or a large table... or a few small tables). 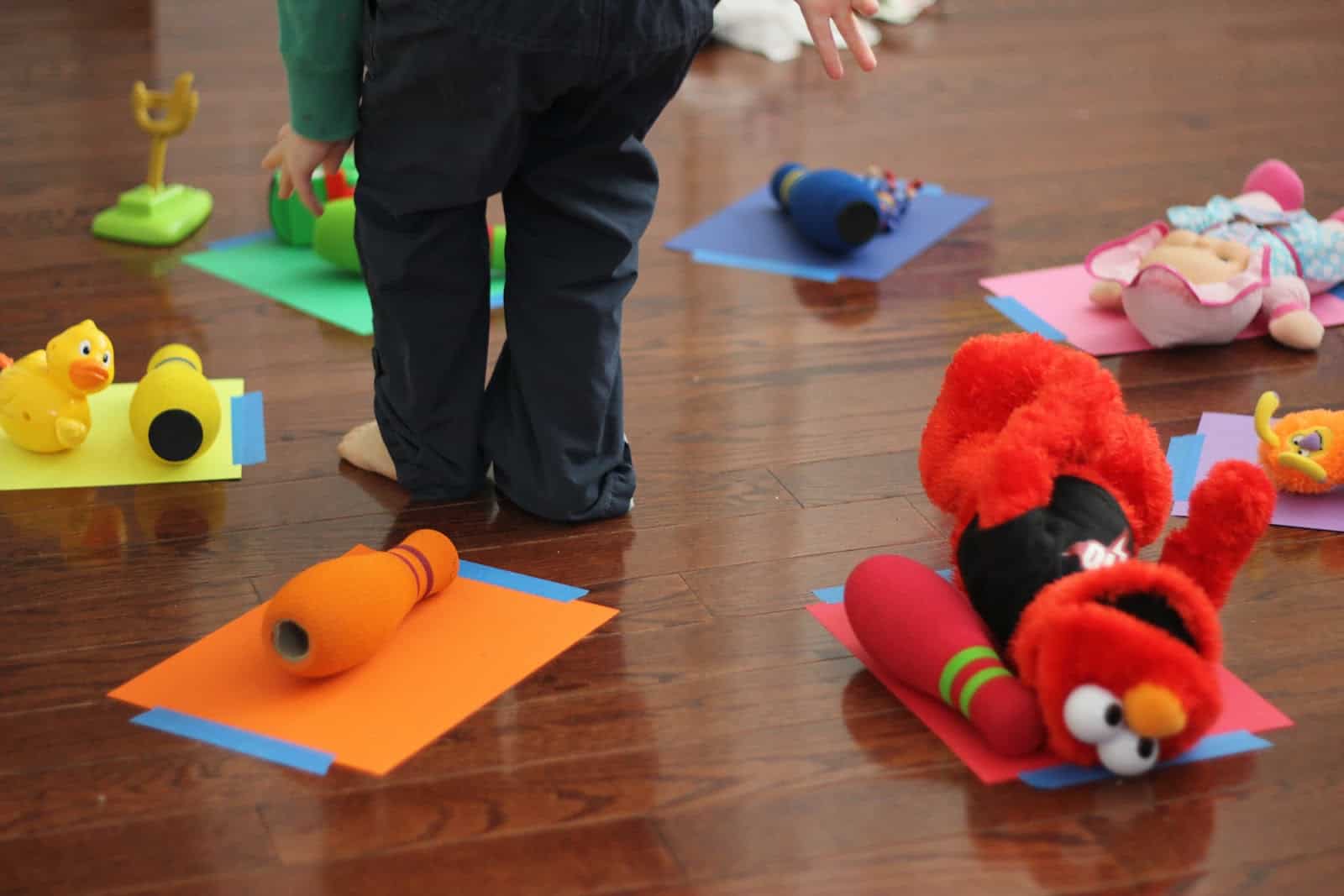 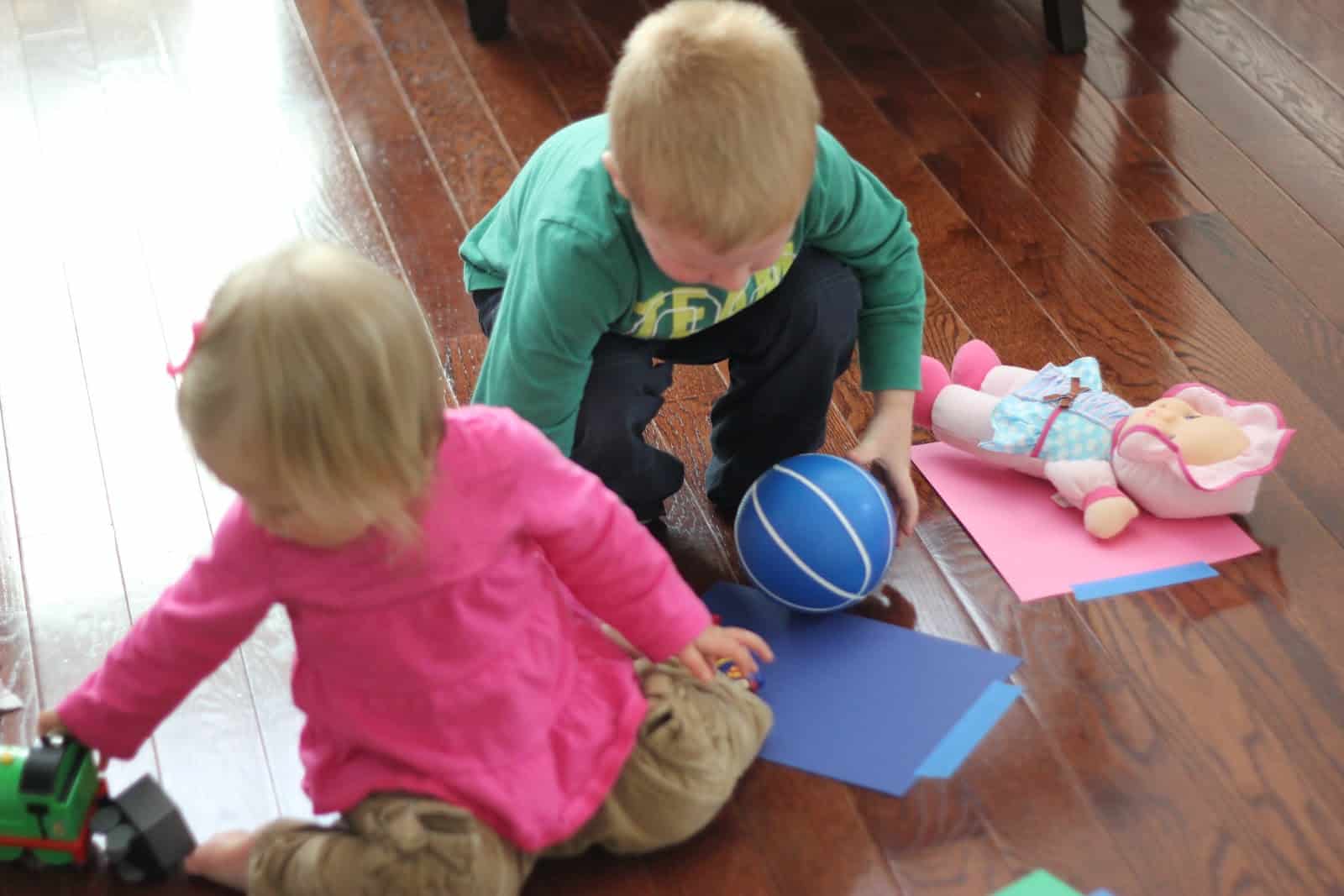 During this activity we...

Here are some other wonderful rainbow themed projects we've done before that you might enjoy...

I am also a new kids craft contributor at Life... Your Way. Today I shared how we used rainbow potato printing to make a special gift for some friends. If you have a moment, hop on over and check out the post.