Dinosaurs are so incredibly fun to learn about. They are big, exciting, and mysterious! A few years ago my oldest son was obsessed with dinosaurs and volcanoes, so we made a name stegosaurus craft and did several other dinosaur themed activities.

This post may contain Amazon Affiliate links for your convenience

For Virtual Book Club for Kids this month we are spotlighting Goldilocks and the Three Dinosaurs by Mo Willems so we decided to do another dinosaur name craft inspired by the dinosaur theme. If you haven't read this book you must RUN and go get it. I LOVE it! 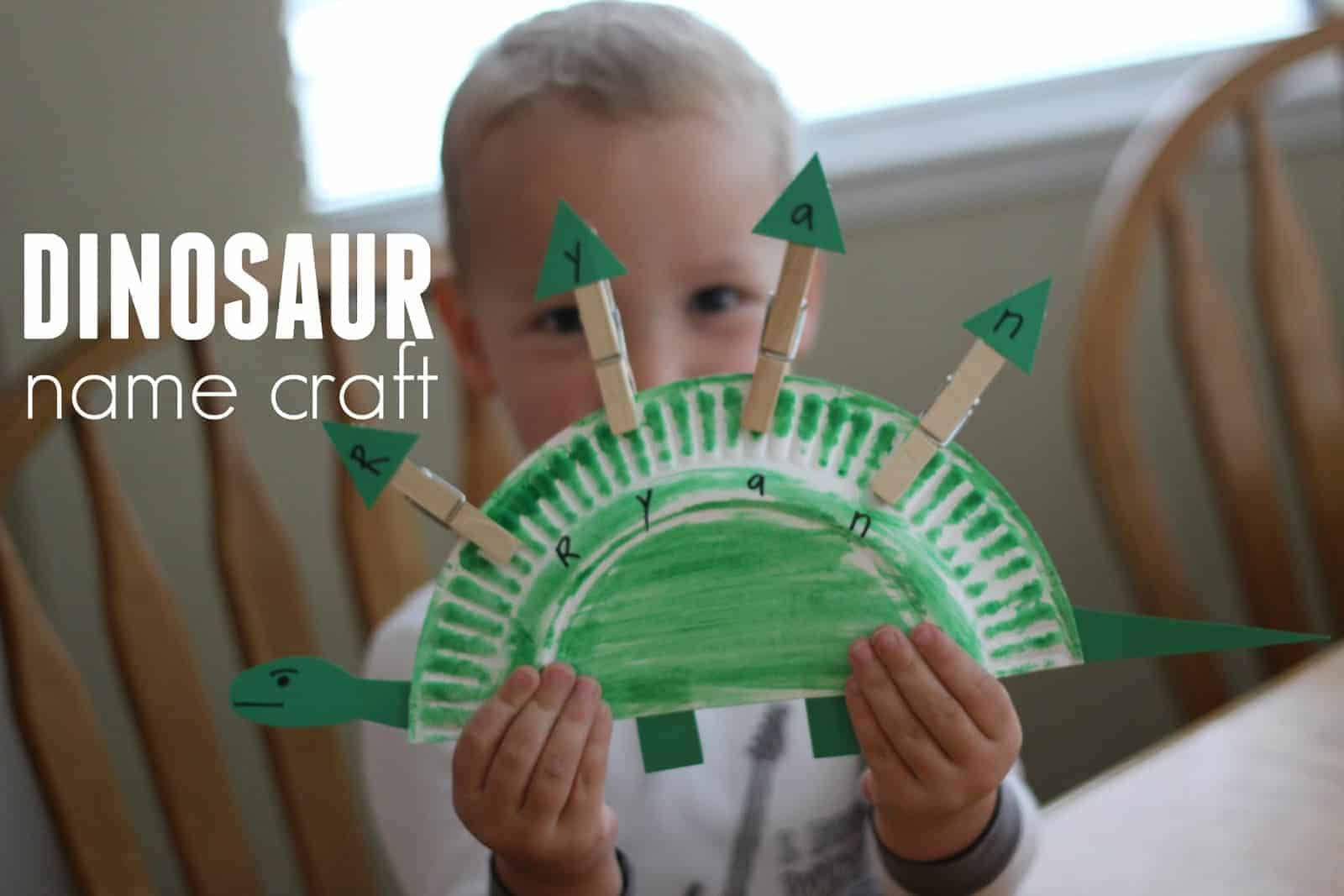 This is a craft-activity since it can be used to do something... it isn't just to stare at. I love interactive crafts that embed a little learning. This craft helps kids practice matching alphabet letters. It also exposes them to the letters in their names and helps them build their name in order.

To get started have your little helper paint half of a paper plate. 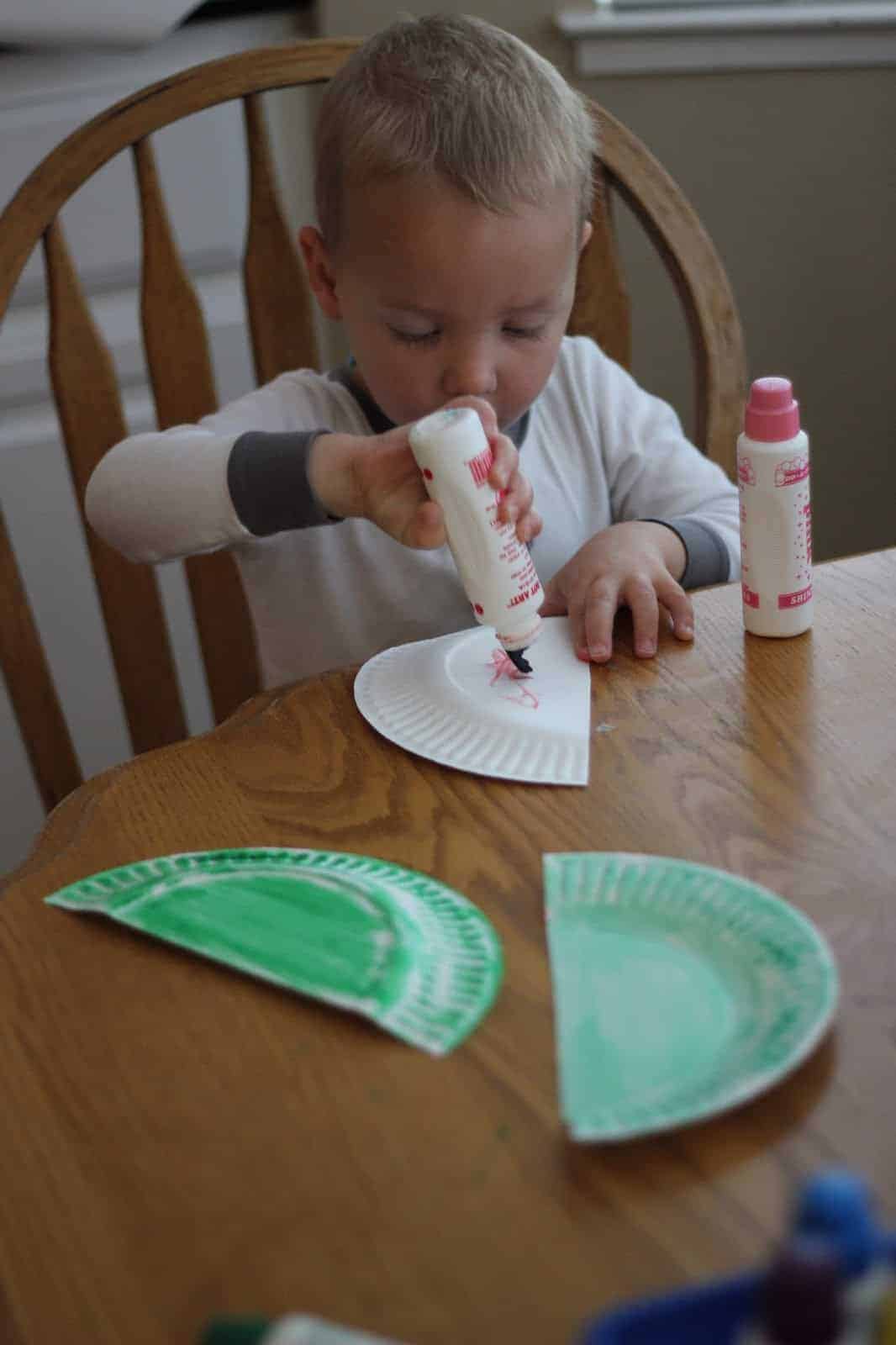 Next cut out paper triangles for plates, a head, and a tail. 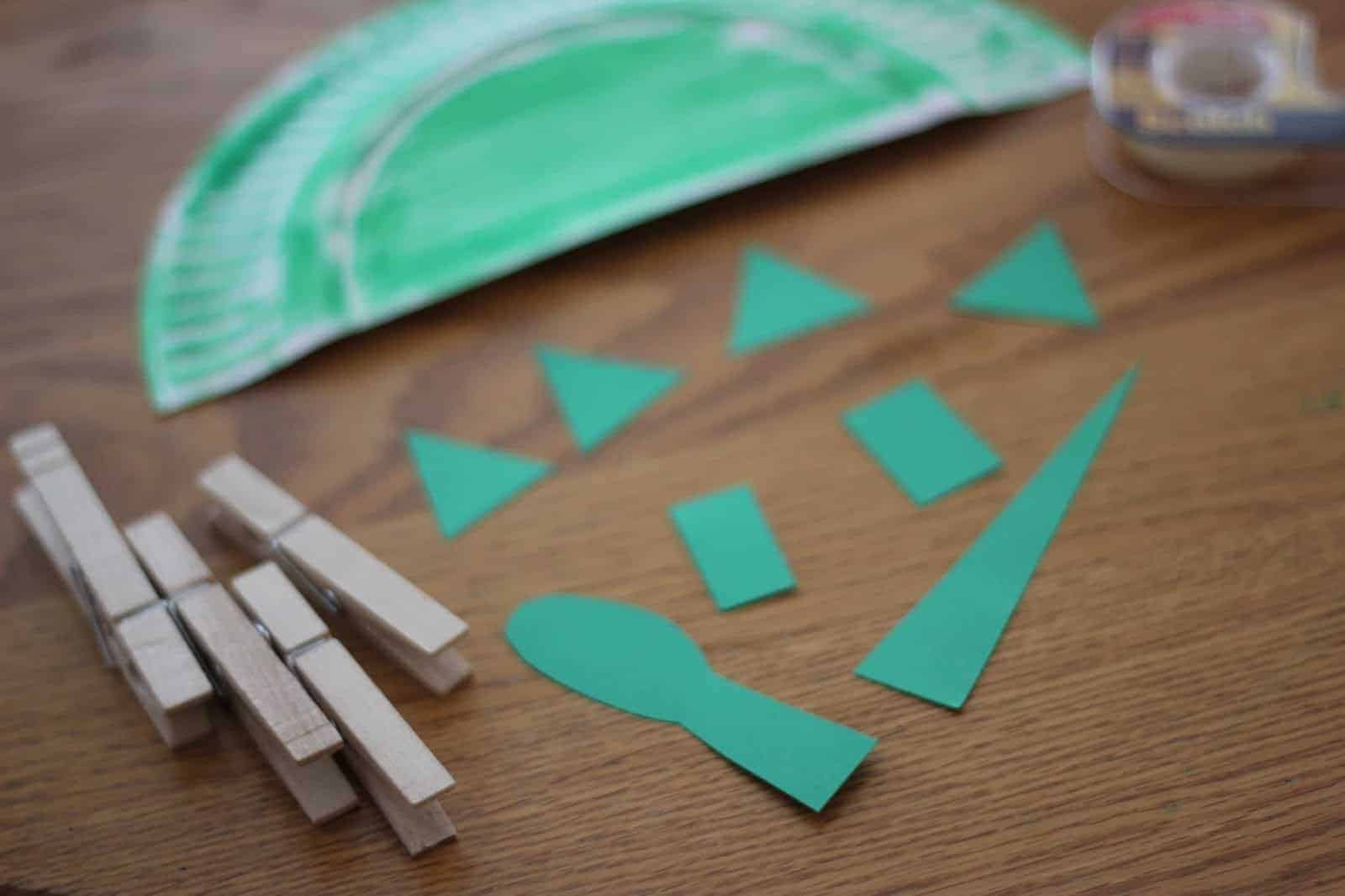 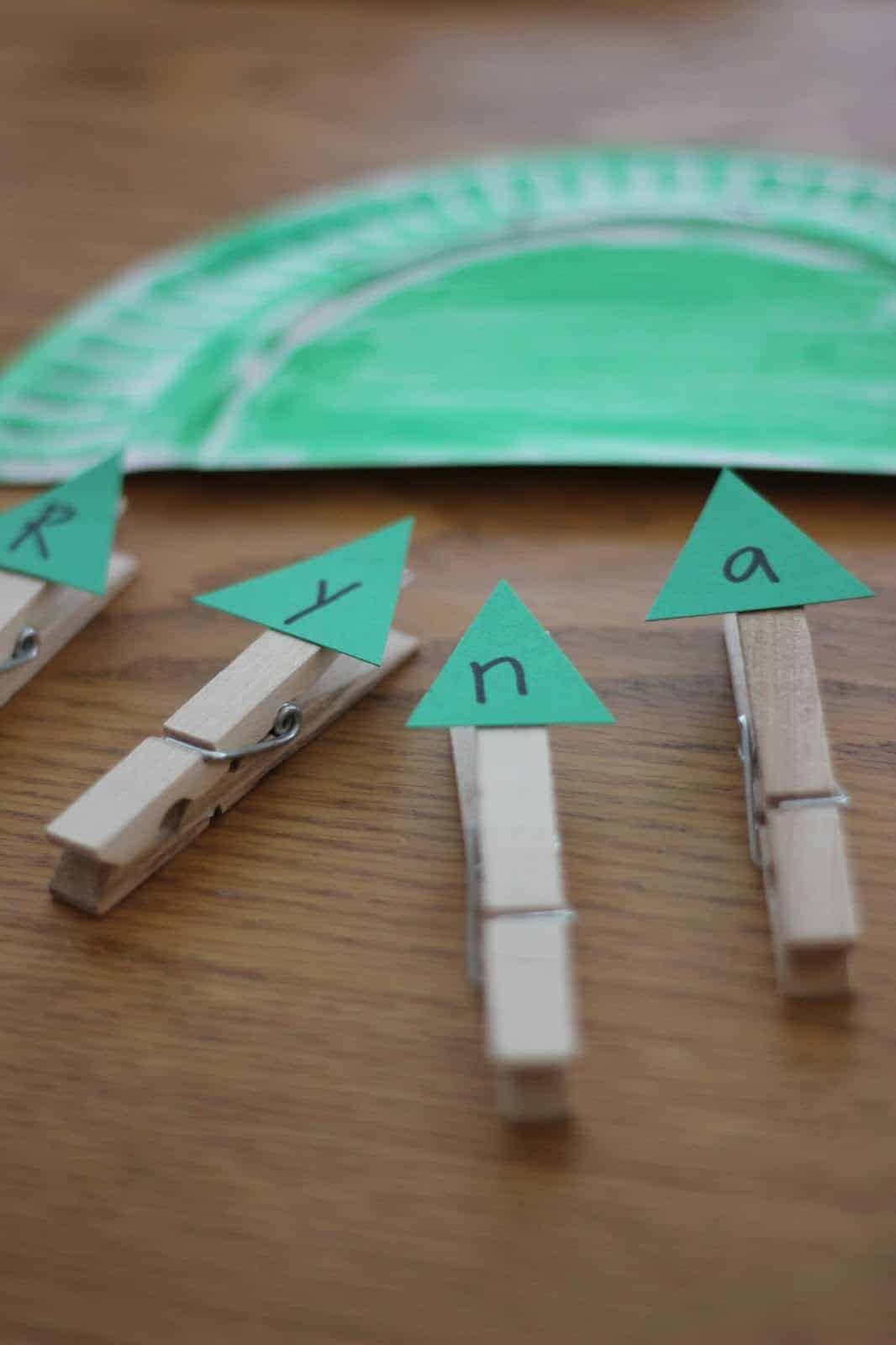 Add the dinosaur's head, tail, and legs as well!! This was a super simple project that took maybe 5 minutes, so we weren't making anything fancy or super artsy. The goal was to practice the letter matching, not have the cutest dinosaur ever. If you want to spend more time on the dinosaur you could add colors, stickers, etc. 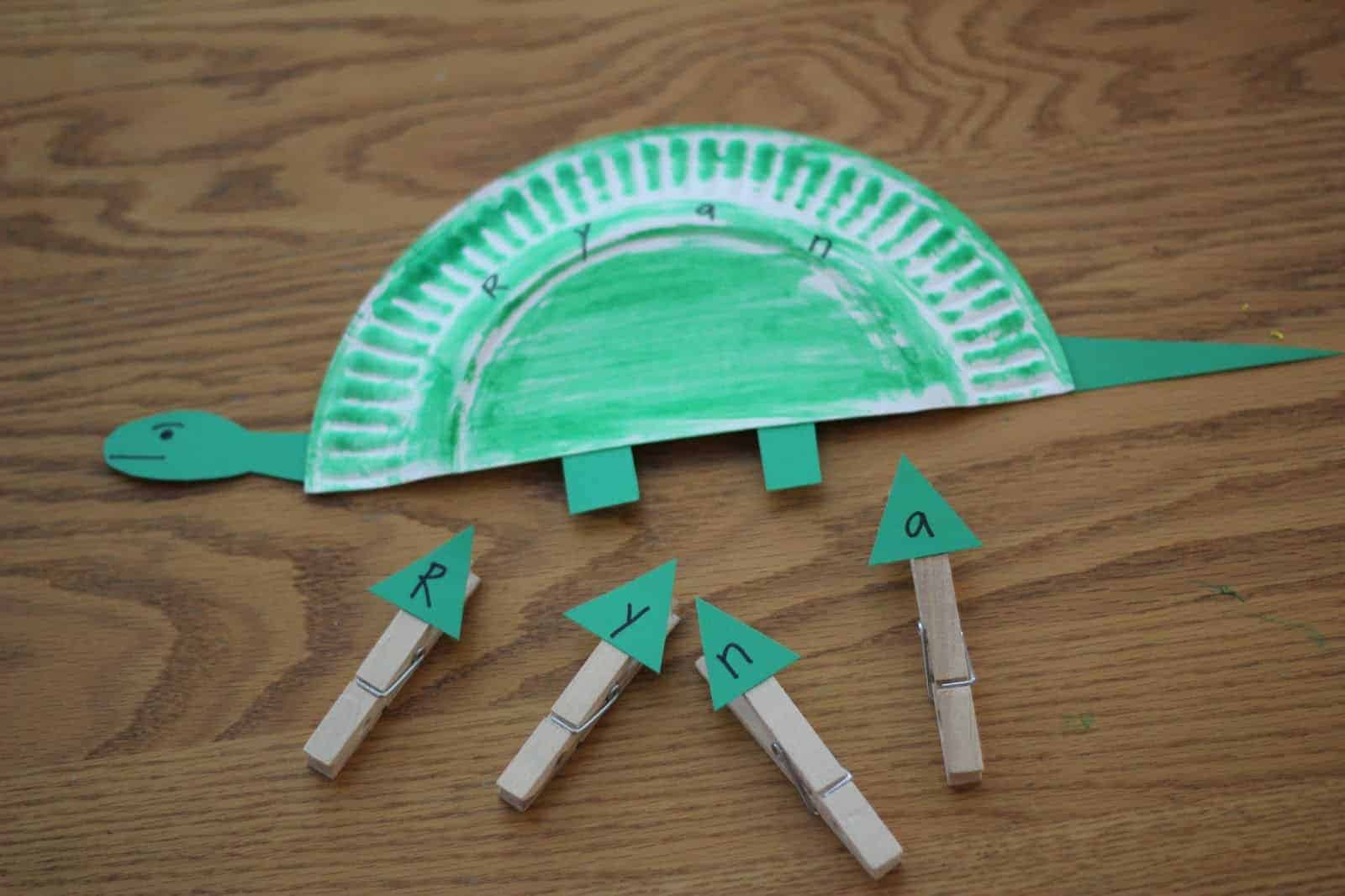 Once the dinosaur is built it is time for your child to begin matching the plates to the correct letter and build their dinosaur! 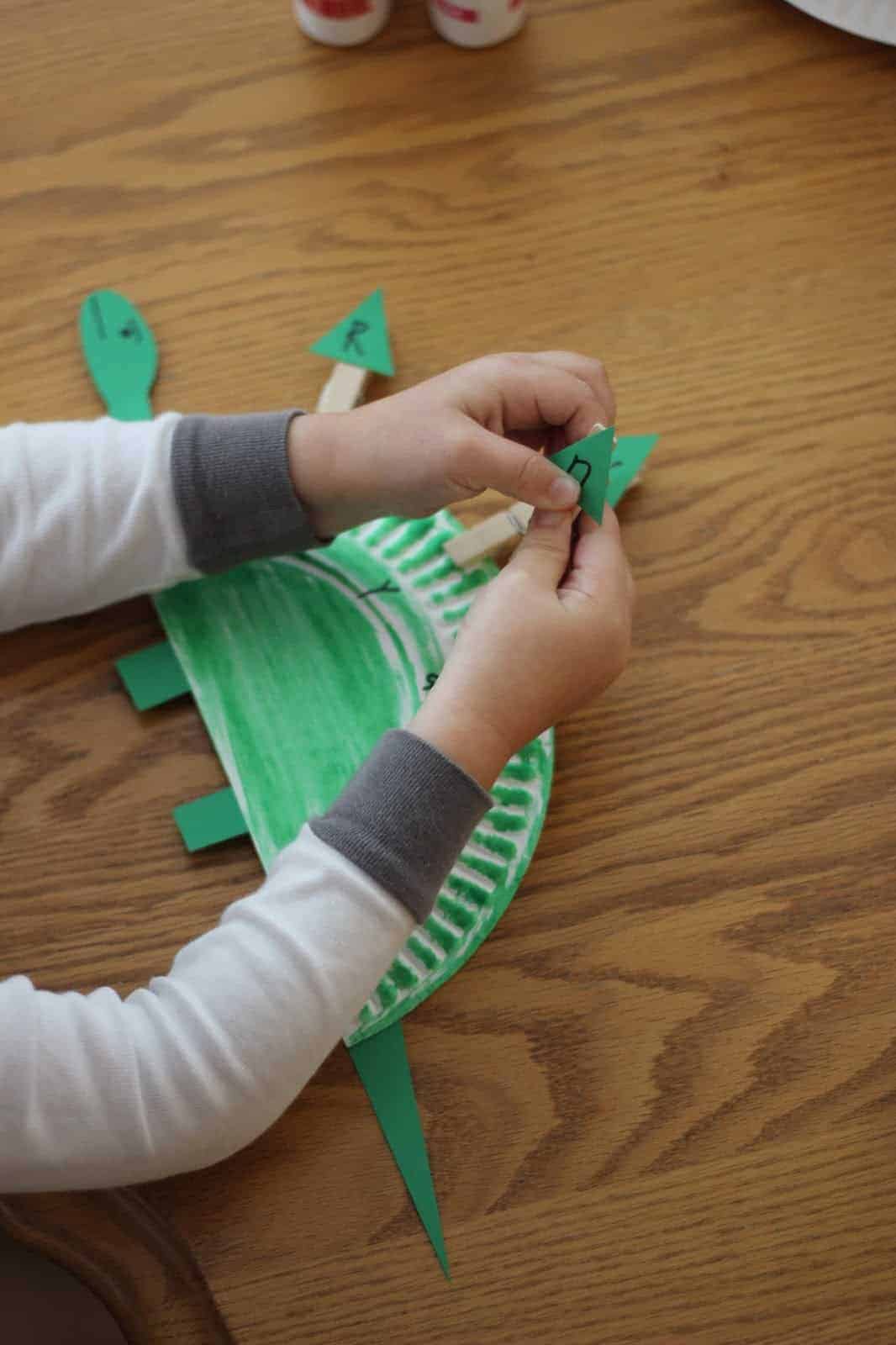 My son was SO PROUD of the dinosaur he created!! He thought it was super cool that his name was on the dinosaur's back. 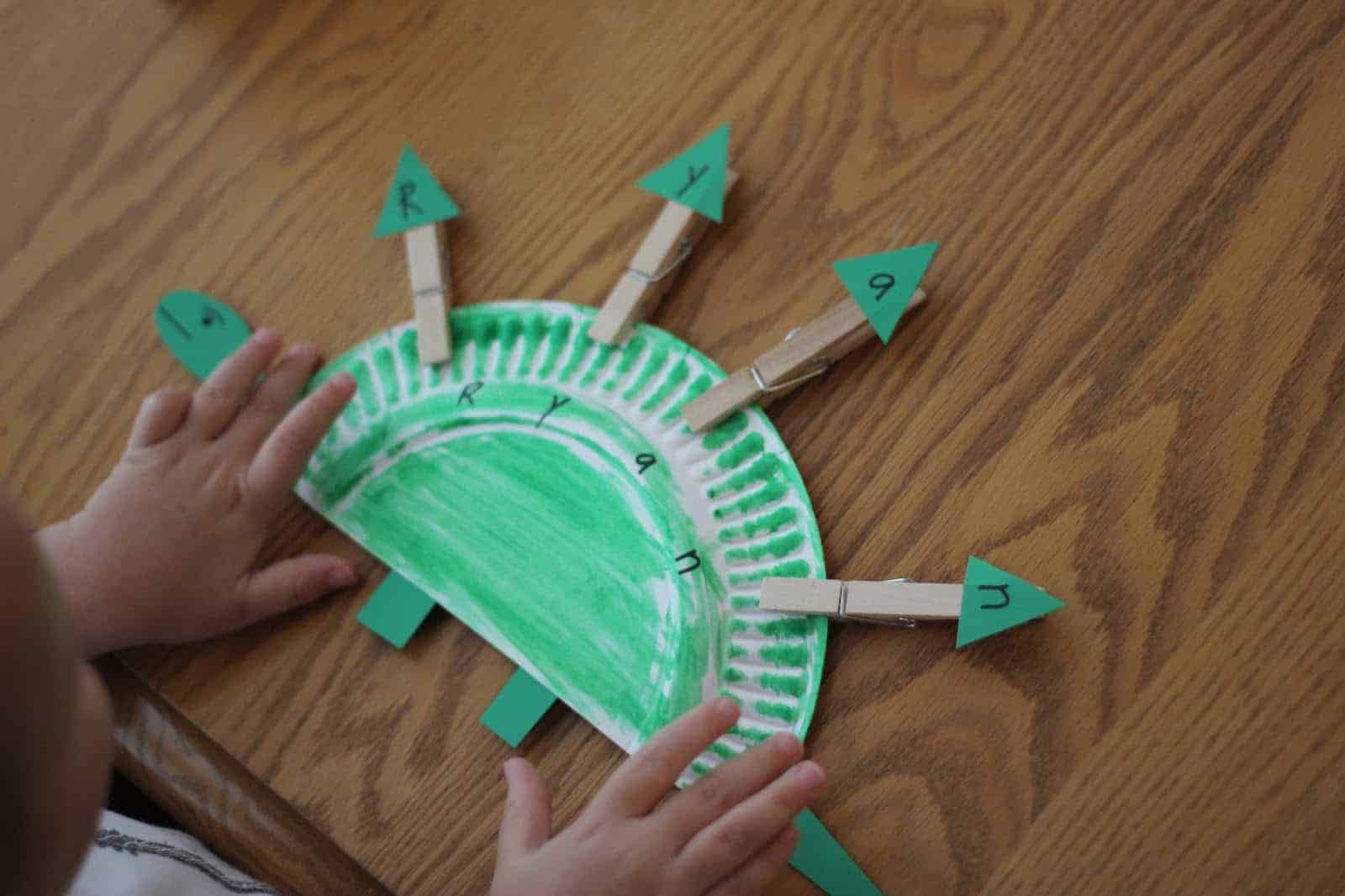 Since this is a craft-activity you can take the clothespins off and put them on again and again. You could also make an alphabet dinosaurs with even more alphabet letters if you want! 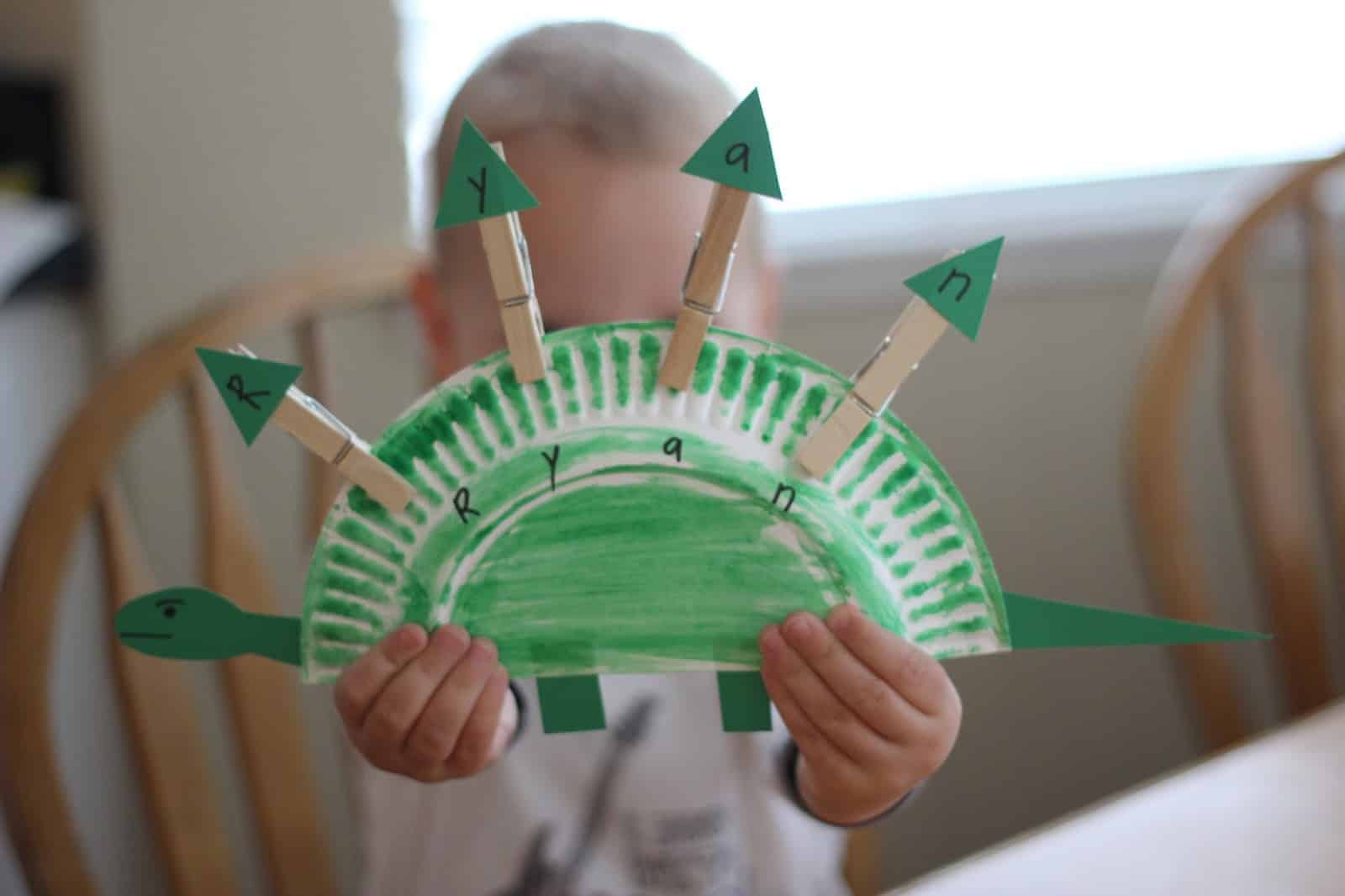 Do your kids like dinosaurs? Which type is their favorite?

We love sharing children's book inspired activities with you! This month our Virtual Book Club for Kids co-hosts have several other fun Goldilocks and the Three Dinosaurs themed activities to share with you. Make sure to check them out below:

Chocolate Filled Little BonBon Treats by I Can Teach My Child

Build a Trap for Dinosaurs by Inspiration Laboratories

Goldilocks and the Three Dinosaurs Gross Motor Skills by 3 Dinosaurs

Dinosaur Shapes Game for Kids by The Educators’ Spin On It

Dinosaur Letters by The Pleasantest Thing

If you have any other favorite dinosaur activities please share them in the comments!! 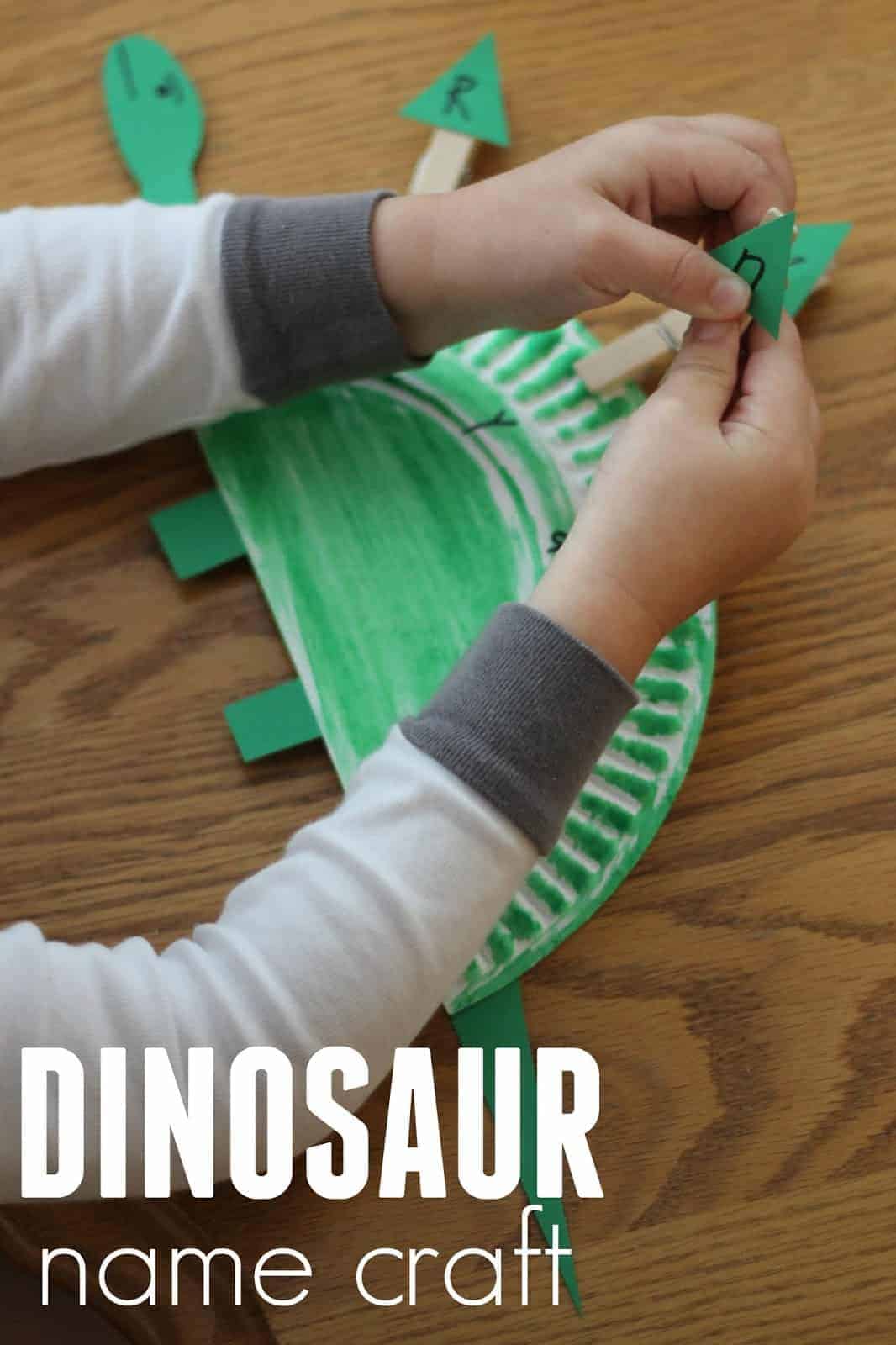