How Do I Stop My Toddler from Throwing Things!

Each day many people submit reader questions to be answered on our Toddler Approved Facebook page. Parents often ask for tips regarding toddlers who throw sippy cups and toys or throw food or other objects. A few weeks ago my toddler started throwing things at people.


Today I am going to share some simple tips for helping your toddler stop throwing things! These are some of the strategies that we've been using with my toddler that have been helpful. 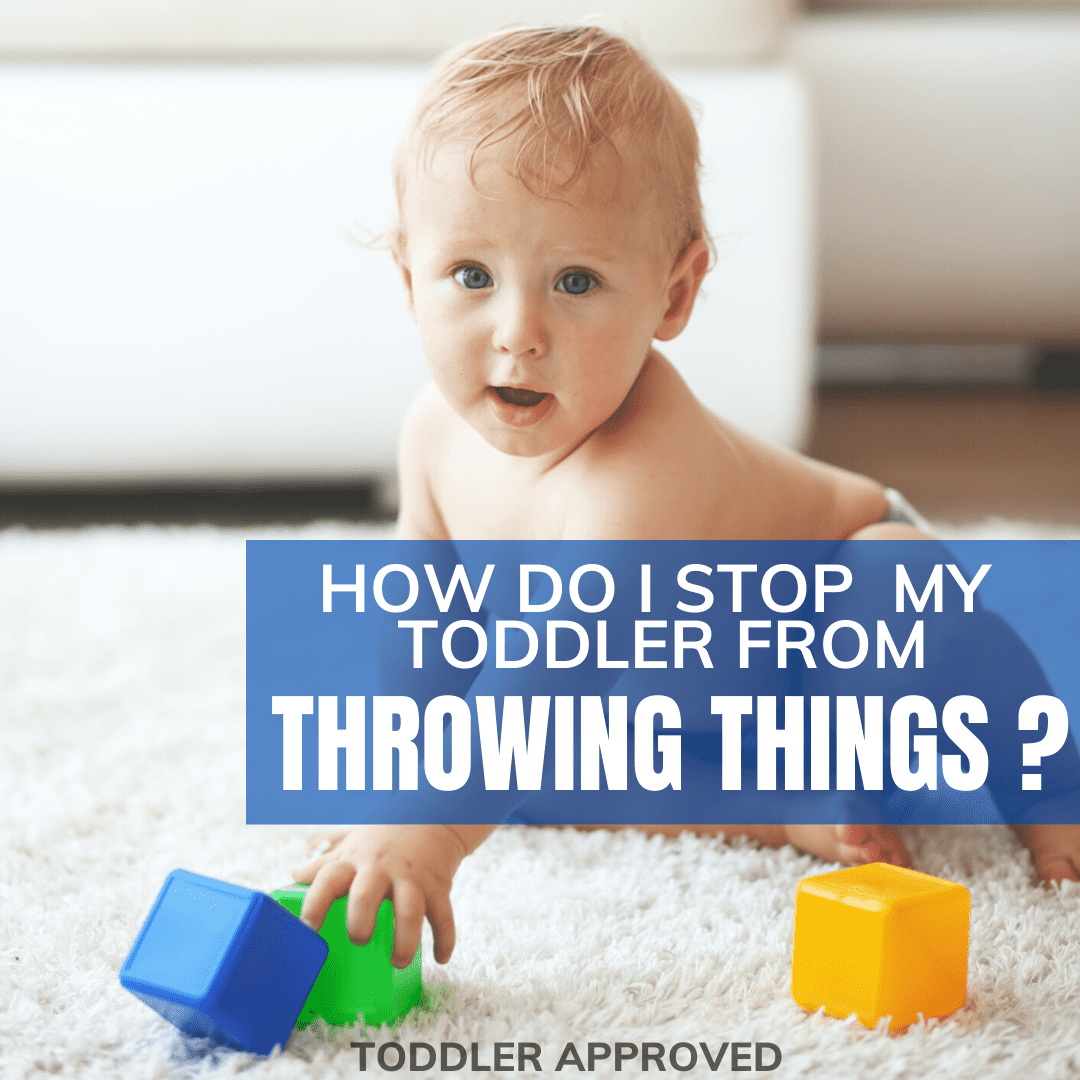 
1. Recognize the behavior is a call for help or trying to communicate something.

The first thing you need to recognize is that toddlers are still learning and many of their challenging behaviors are their way of trying to communicate something. They may also just be exploring the materials that are around them and trying to figure out their uses. When you figure out why your child is doing a particular behavior it makes it much easier to help them stop it.

For example, I've noticed when I am distracted and ignoring my toddler, he sometimes throws toys at me to get my attention. I've also noticed that he's thrown really hard round objects at his siblings that he thought were balls to throw and catch with.

It is really hard not to take toddler behavior personally sometimes... especially if the toddler does something that hurts you or a sibling and does it repeatedly. When you take behavior personally you often react to the behavior more emotionally than you should and can potentially escalate the situation and do something you regret that causes harm to the child and you can reinforce the behavior and cause it to happen more frequently. By overreacting to toddler behavior I've found that kids increase the frequency of the behavior because they like the reaction they are able to get and the power they feel they have over the situation (and your emotions).


3. Be calm and confident as you respond (believe you are even if you don't feel like it)

Instead of reacting to behavior, recognize that your child is communicating that they need help, and respond calmly and as confidently as possible. Take some deep breaths. Don't respond immediately if you can't be calm.


4. Communicate and give choices

When you respond to kids who throw things do it using simple language that is age appropriate for the child. I like to clearly explain to the child what they CAN do with the object that they are throwing and what I won't let them do with the object.

For example, "Blocks are for building. I can't let you throw them at your sister."

With my kids I usually like to pair my words with actions and show the kids what I mean. So, I'll take the blocks from my son and build next to him and say "Blocks are for building. I can't let you throw them. Let's build together."

If my son continues throwing the blocks I'll remove them.

If my son is throwing food at dinner I'll say, "Food is for eating. I can't let you throw it. If you're throwing your food you are done with dinner." My son is around 2-year-olds and responds to this much language. For younger kids I would use less language. I like to make sure I make the consequences clear so that my kids have a chance to change their behavior and make a good choice.

If my son is throwing his sippy cup off the table I'll let him know that if he throws it, he is done with it. 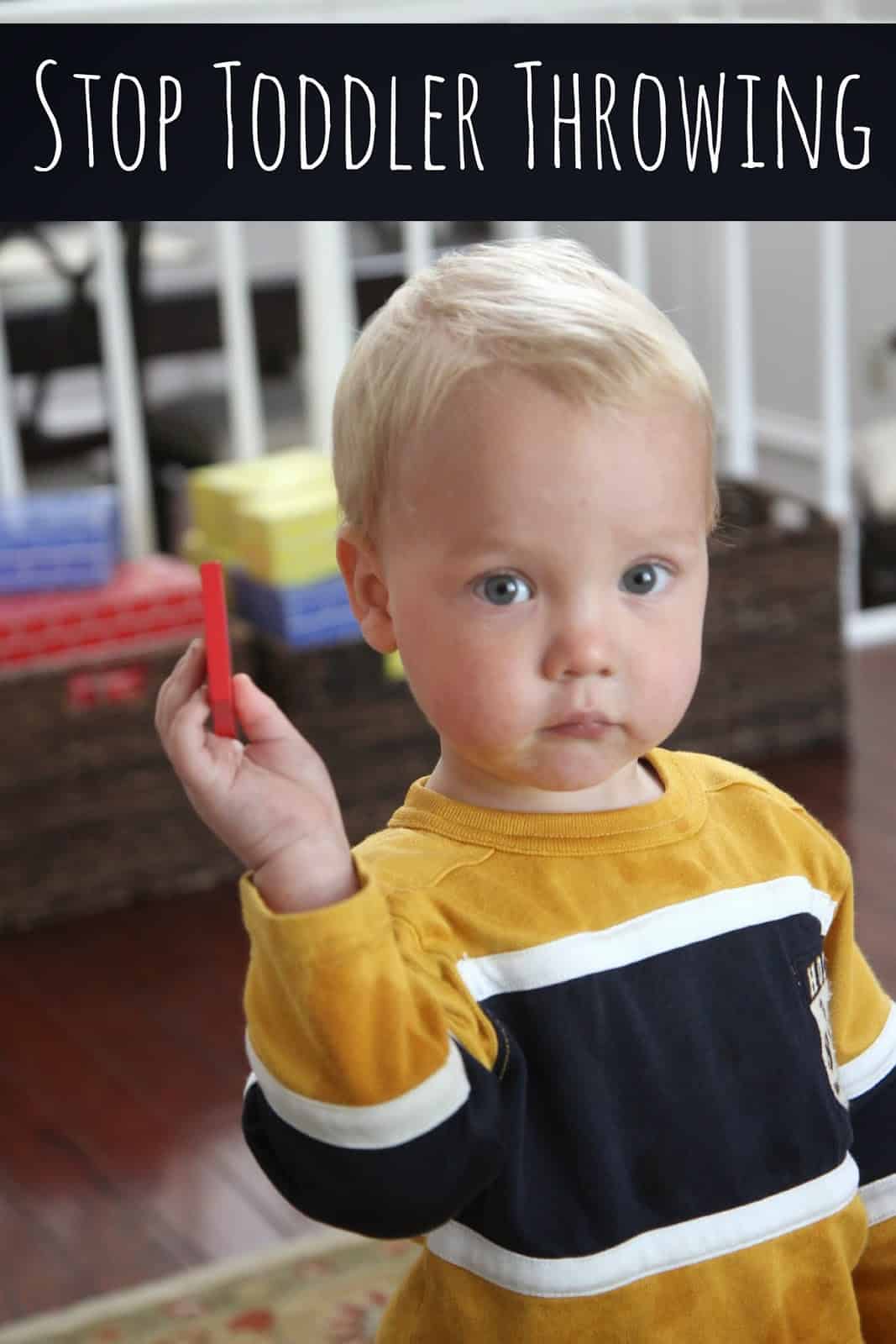 If my son is throwing toys or blocks and can't make a good choice to use them appropriately, then I'll remove them and we'll try again later.

If my son throws toys near his sister or is throwing other objects at her and he doesn't choose to use them properly then I will say something like, "It looks like you are having a hard time. I can't let you hurt your sister. We can come back when you can be safe." Then I will remove him from the play area by his sister and we'll try again later.

Often my son will be super annoyed about the consequences (me making him leave the toy room or losing the blocks or losing his sippy cup). He may cry or get angry. At our house that is totally OK as long as he is being safe and not hurting himself or others. I can say supportive things or I can just be quiet and stay nearby while my toddler is angry. In our house I don't put my toddler in time out because I don't believe that time out is effective. I just move my toddler away from the item he wants to play with and stay close by.


7. Acknowledge emotions after they are done with their emotional response

After or sometimes during an emotional response or tantrum I will acknowledge my toddler's emotions. I wrote more in detail about acknowledgement in my post sharing my favorite tip for calming tantrums. Simple acknowledgement helps toddlers (and bigger kids) realize that their big emotions are OK and helps them release them and move through the emotions faster.


8. Give them options for what they CAN do.

Often when a tantrum is over we do some teaching and I talk about where and when my son CAN throw things (and what he CAN throw)... like basketballs (outside) or soft squishy balls (into a basket). I like to focus on what he can do instead of just saying "No" or "We don't throw things." Sometimes kids are just exploring the materials in their environment and don't know what they can do with certain objects. By focusing on telling them what they CAN'T do they don't learn anything. I keep a basket of specific soft objects that my son CAN throw so it makes it easy to explain that we can throw those items, but we can't throw blocks or things that hurt.

If my son is throwing things to get my attention (or his sister's attention) then we also might practice how to appropropriately get attention. I'll even role play sometimes with my bigger kids. We'll practice saying, "Come play with me" or touching someone on the shoulder and saying, "I want to play." I've found that often my son doesn't know the right words to use to get his sibling to come play... but once he is taught, he stops throwing things and uses his words instead.

Lastly you really just need to be patient. Most behaviors aren't going to go away overnight. Kids are testing and need to see that you mean what you say... so keep being consistent and CALM and help them realize that you are confident and in control.


Do you have a toddler that throws things? What do they throw? Have any additional positive tips to add to this post? 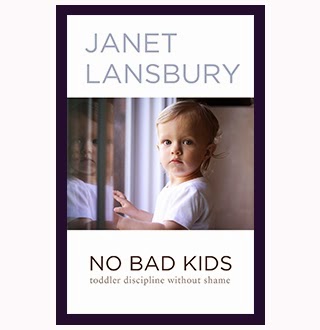 If you have a parenting question that you'd like addressed, feel free to submit it here to be posted on my Toddler Approved FB page or come join our Positive Parenting FB group where we discuss challenging toddler and kid behaviors daily.

HOW TO STOP YOUR TODDLER FROM RUNNING AWAY 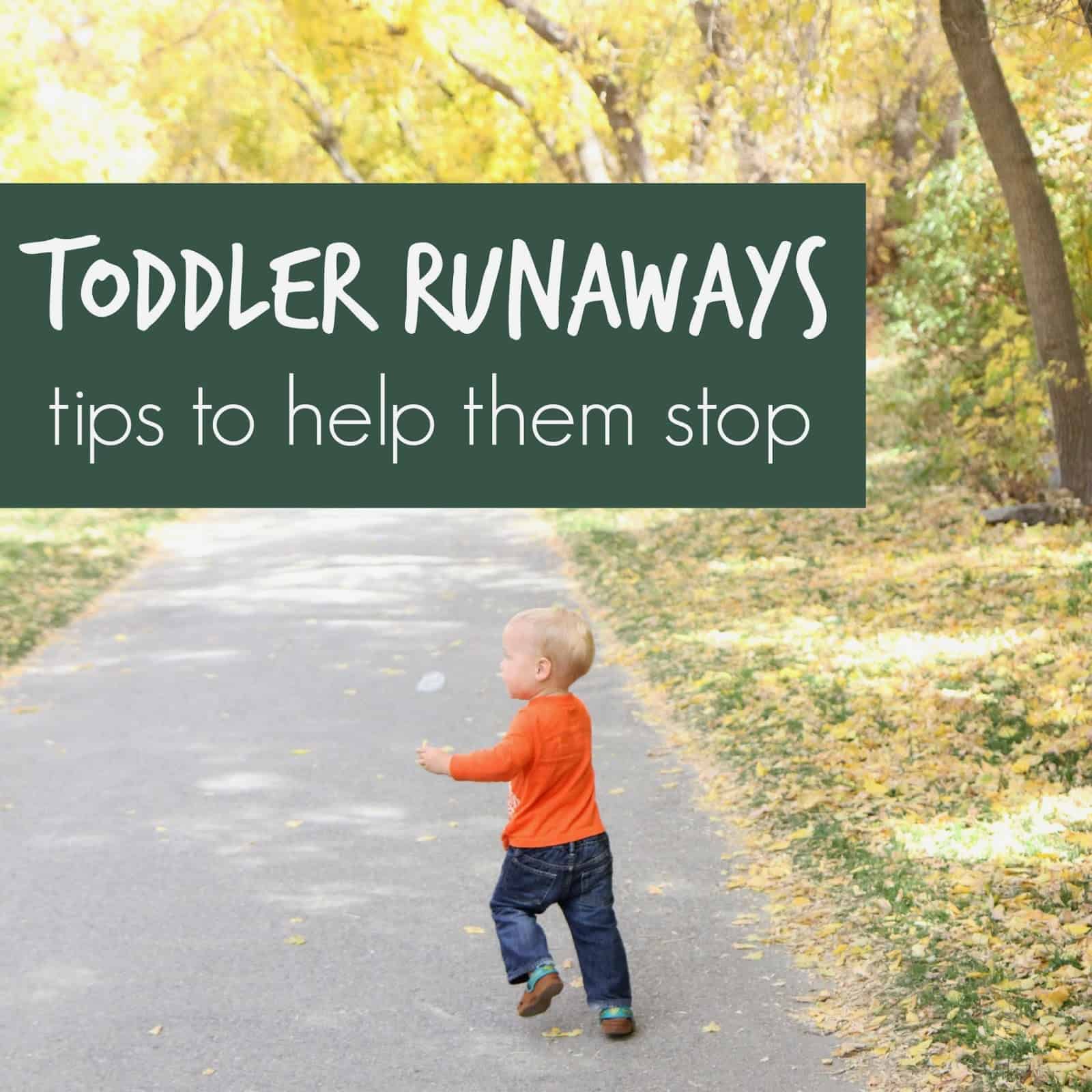 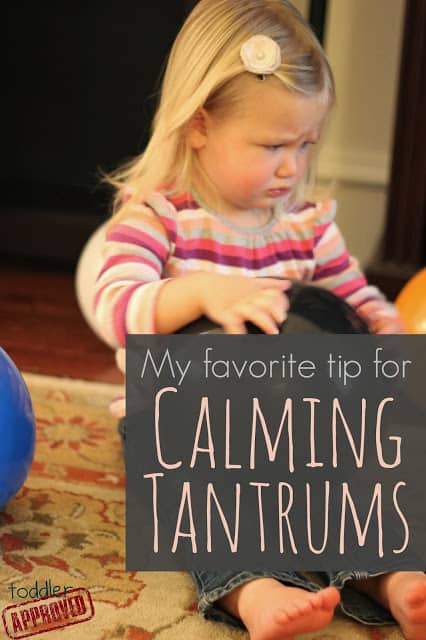 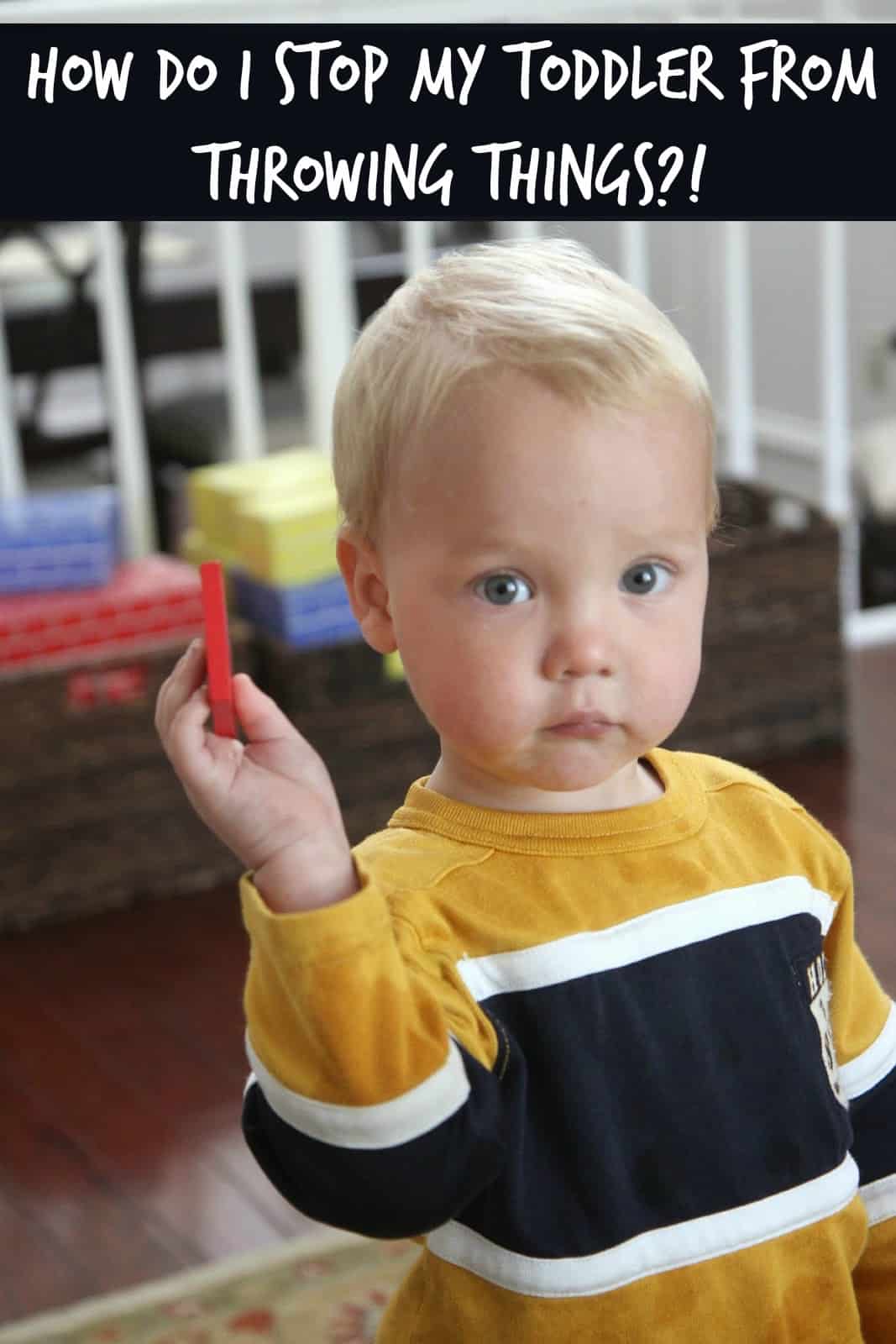