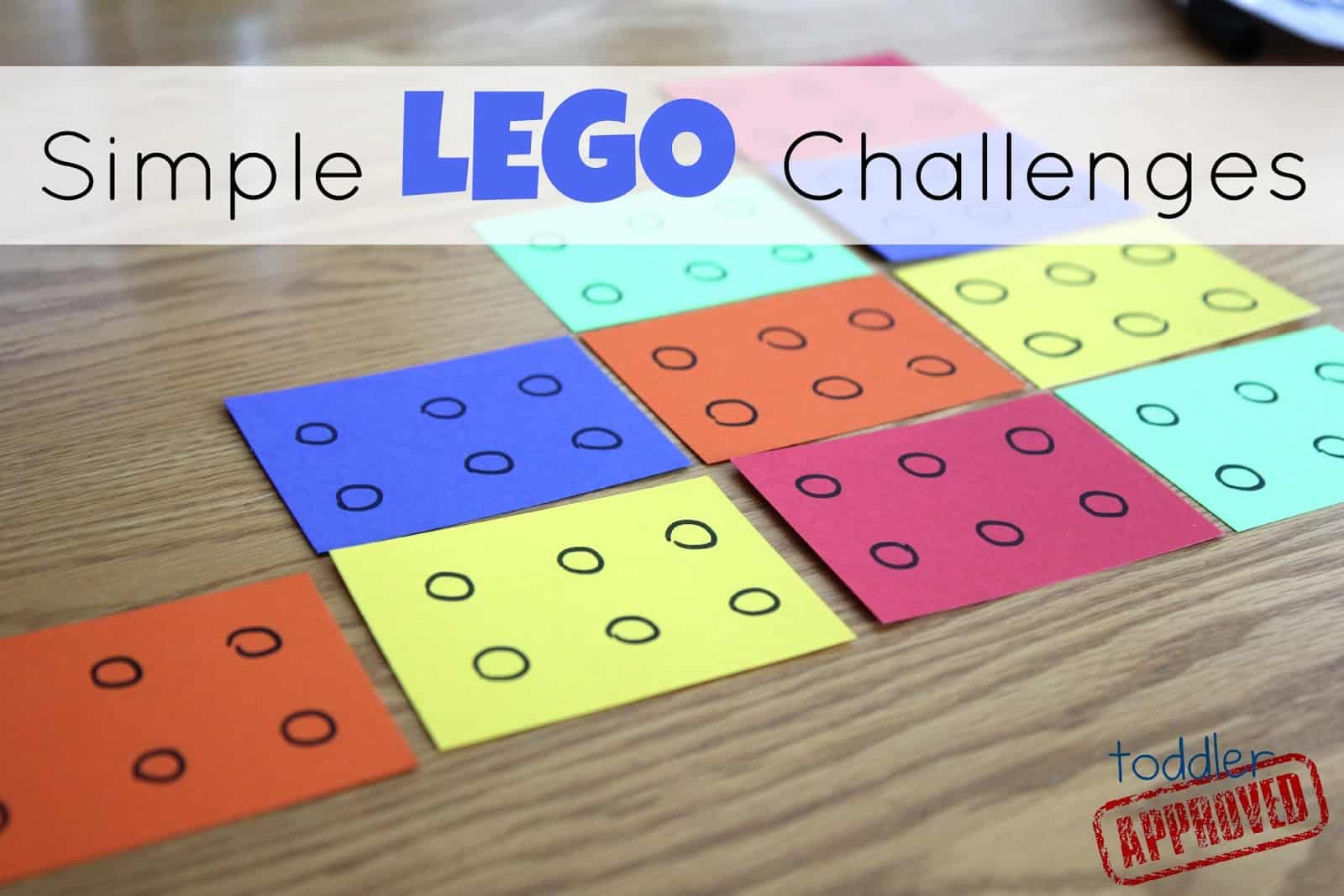 My five-year- old is in this pretty awesome stage where he just wants to play and build with Legos all day. I love seeing him so creative and excited!

I discovered this awesome Lego Quest website a few weeks ago filled with Lego challenges.

First I cut up a bunch of cardstock into rectangles and then I added black circles to try and make them look like paper Legos. 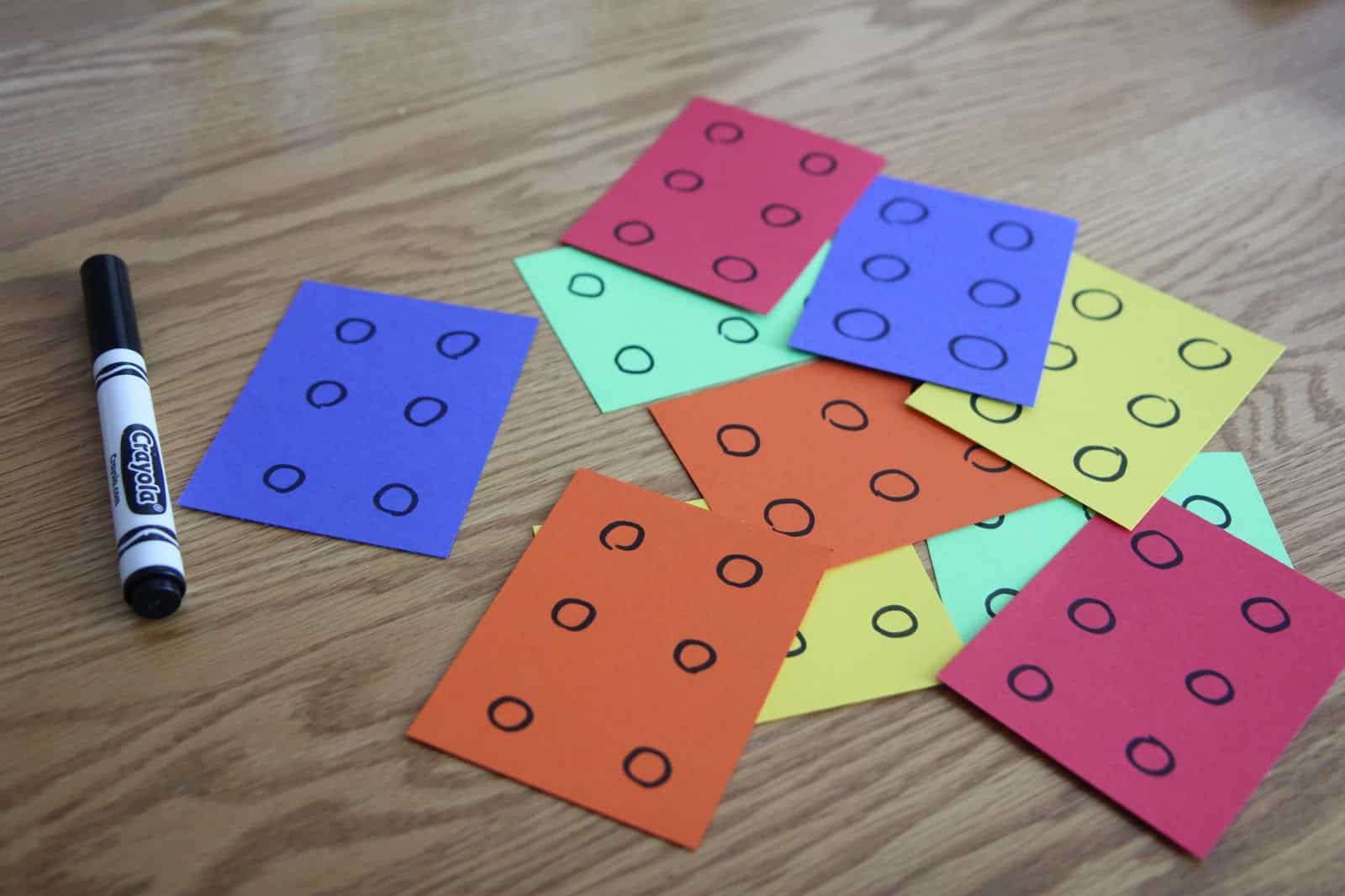 Next I wrote a top secret challenge on each Lego card. 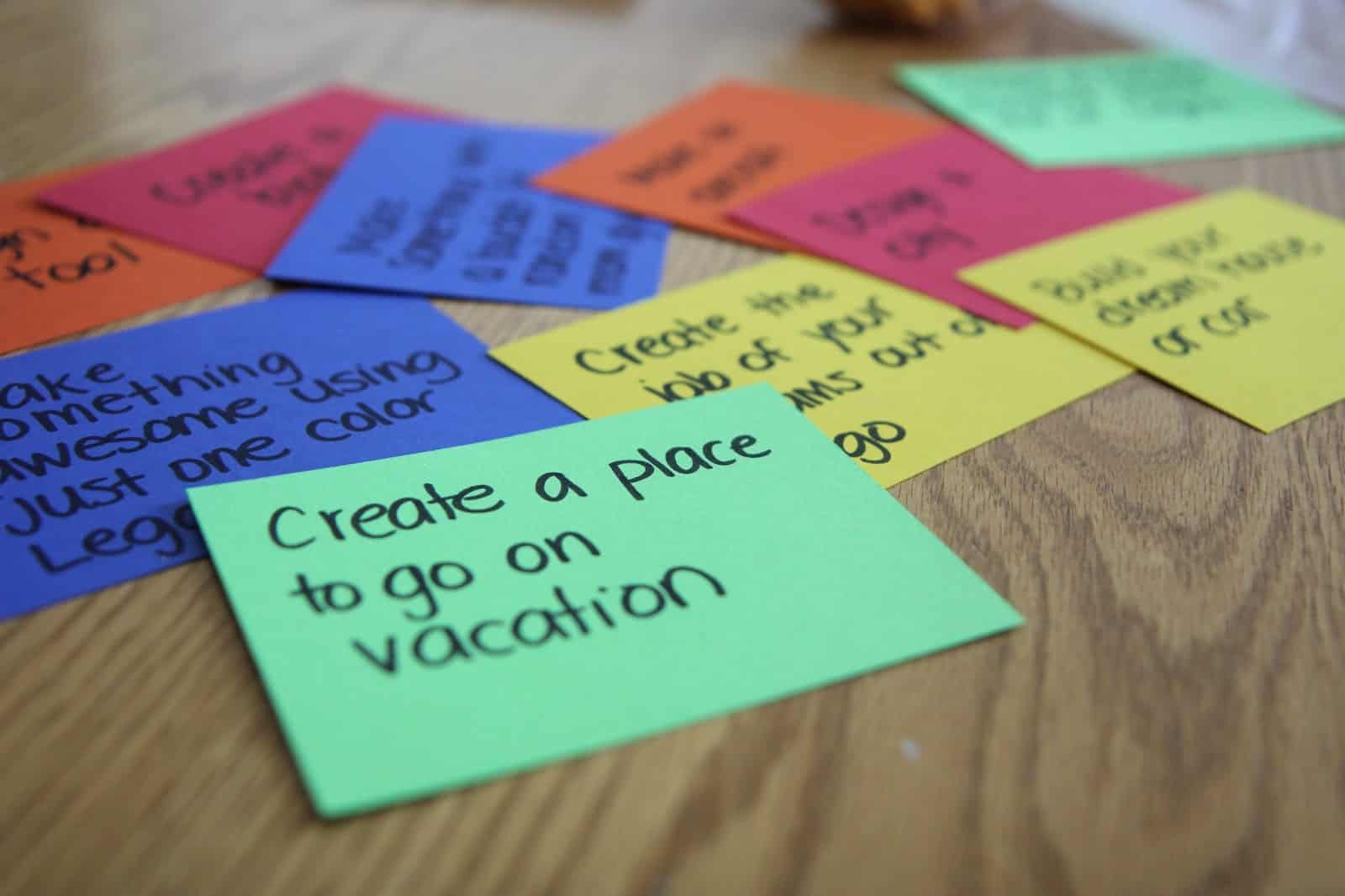 Then I stuffed all of the challenges (face down) into an envelope and hung the envelope up on a wall where my son can get to it easily. 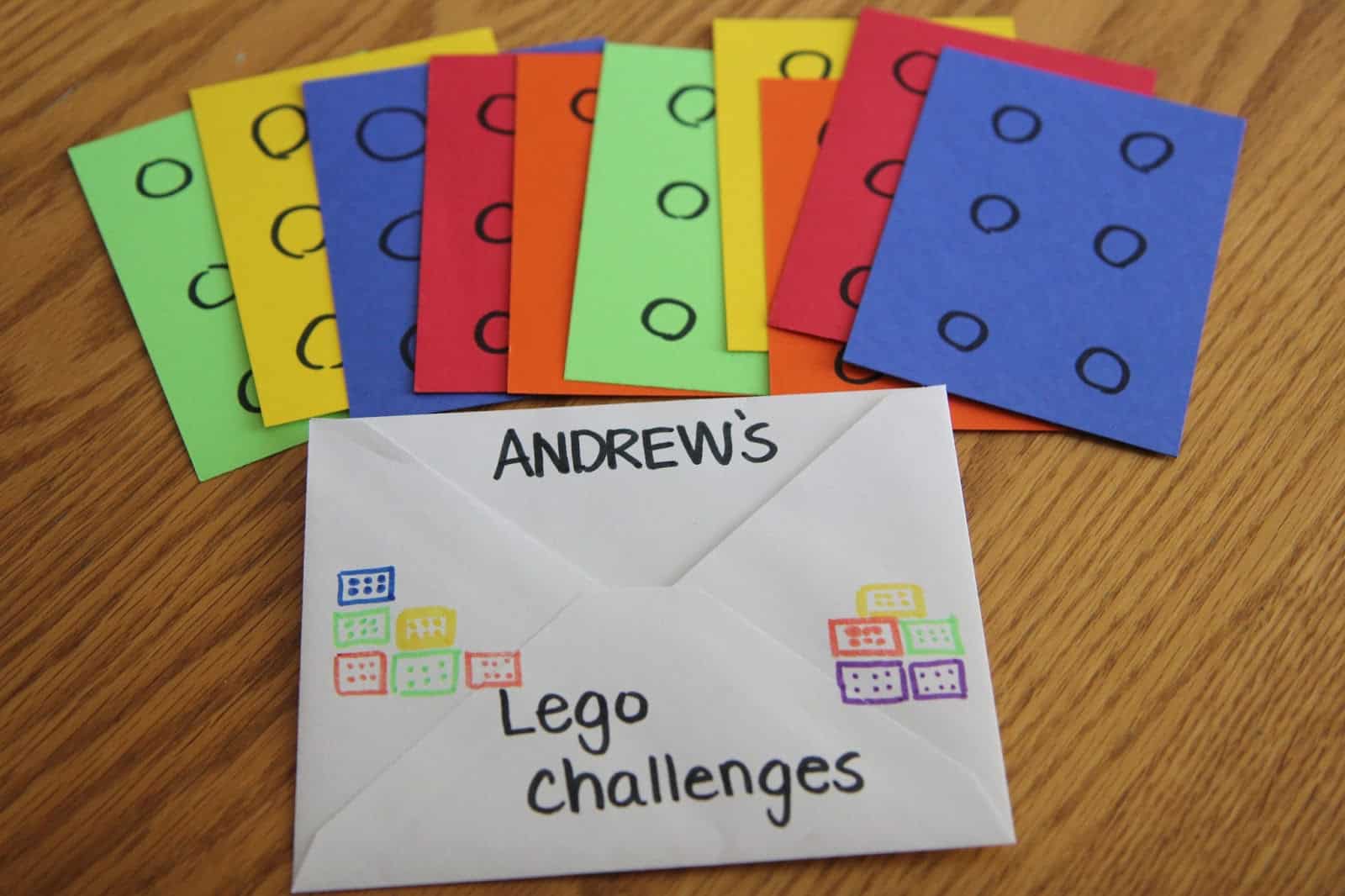 The first challenge he picked was to create a bird house.

His response was, "That's lame. I want a new challenge."

My response was, "What do you picture when you think of a bird house?" He described a basic bird house and I said, "you're right, that is lame. If you were a bird, what sort of house would you want to live in that was cooler than that? I'd want to live in one with a bird water slide and maybe a hot tub."

Right away the wheels in his brain got turning... and his imagination started working! He excitedly told me a few ideas and then ran off to his room. When his dad got home my son showed him his challenge and he wanted to join in too. 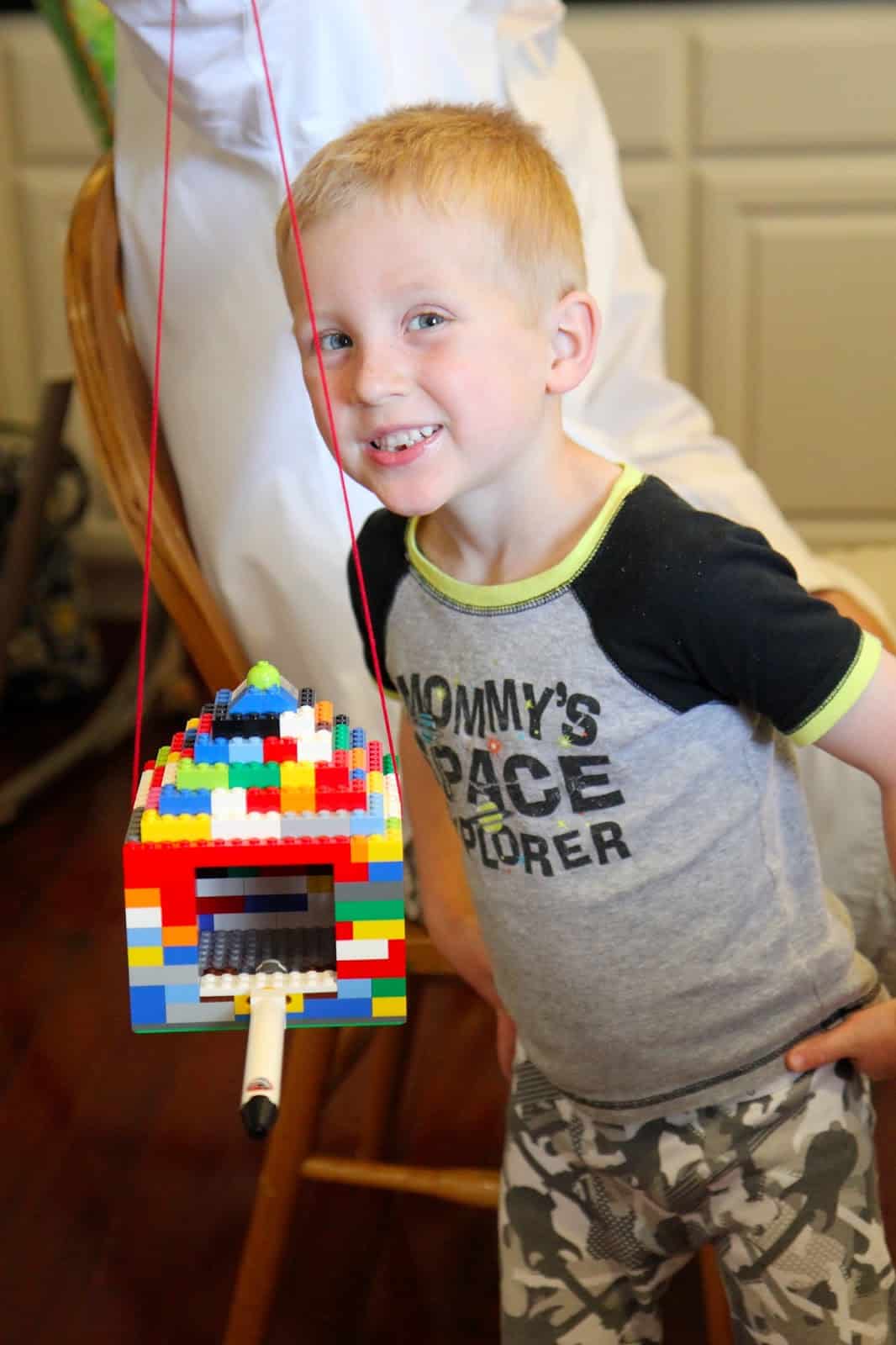 They ended up going with a simple, colorful design, but there was a whole long list of what the bird was going to be able to do inside the house. Our next step is to create a Lego challenge journal where my son can write and draw about his creations. 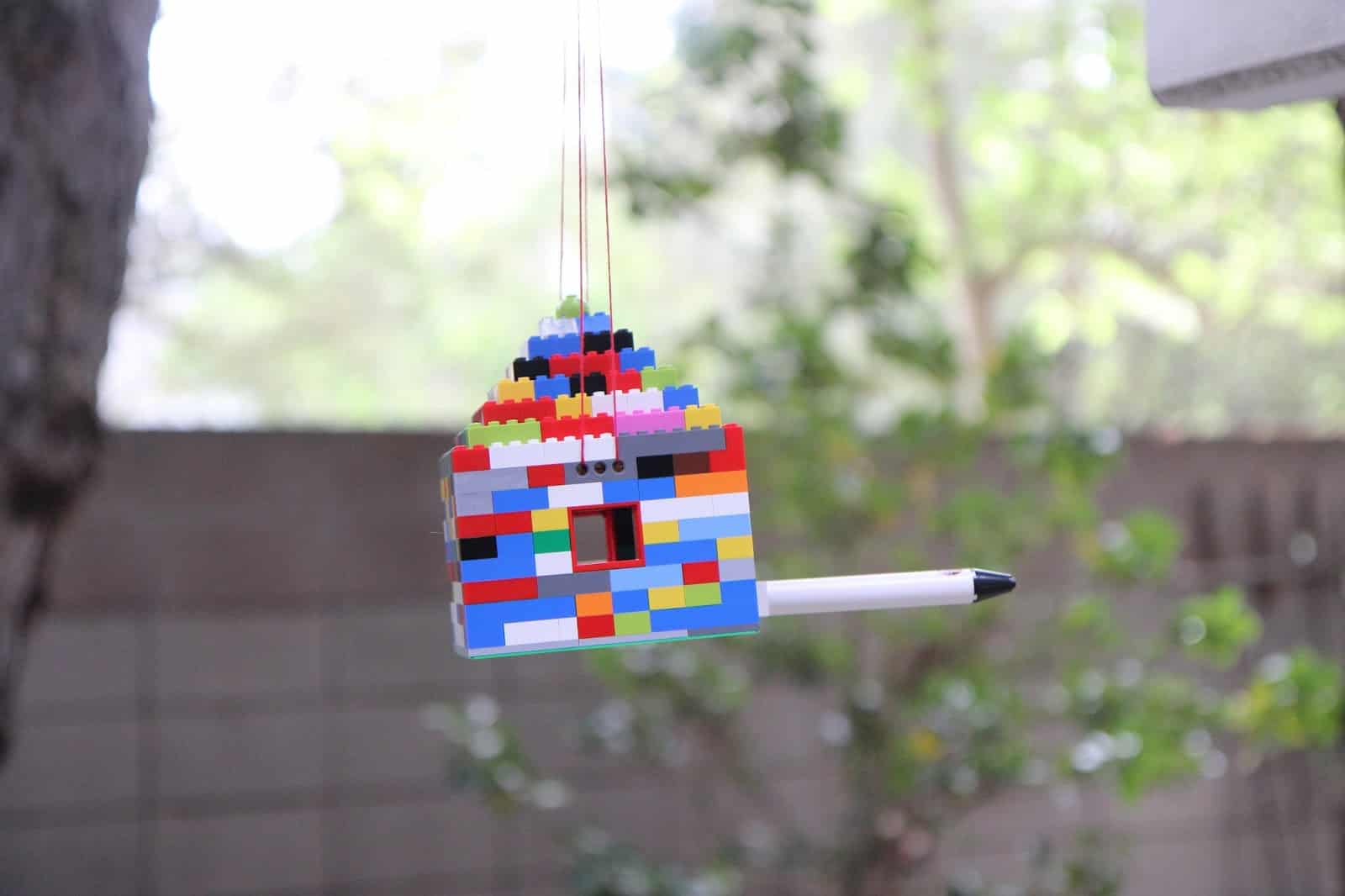 This activity can easily be adapted for younger kids using Duplo.

Do you have a favorite Lego challenge or activity you've done? Come share it in the comments.

Here are a few of our favorite Lego posts: