The following post is from our kid's craft and activity contributor EJ: 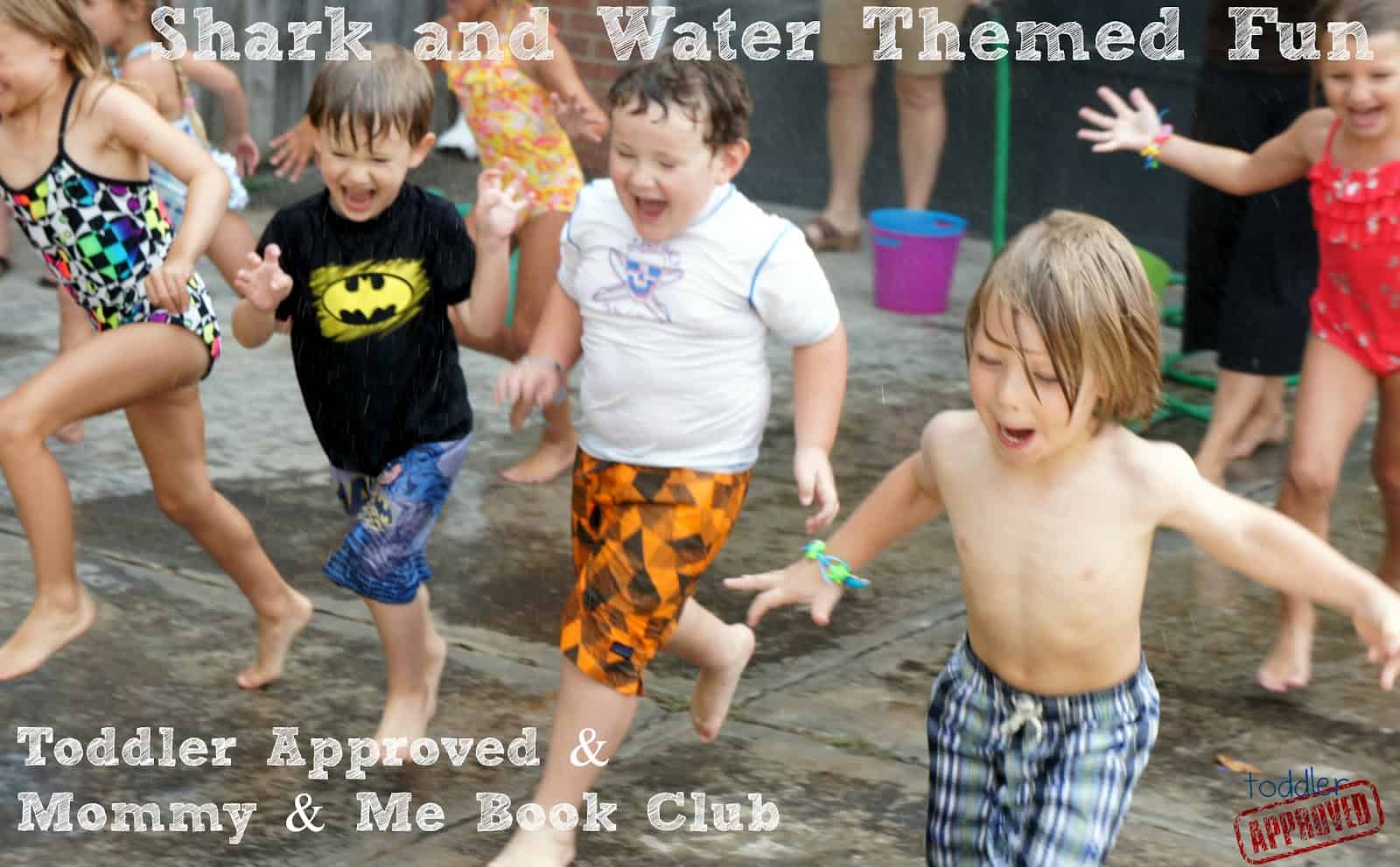 My daughter and I were invited to attend a "Kindergarten Is FIN tastic Party" hosted by Danielle of Mommy and Me Book Club featuring the fun book, Don't Eat The Teacher, by Nick Ward.  I had the easy job of planning a few water/shark themed games.  Below are three of our favorites: 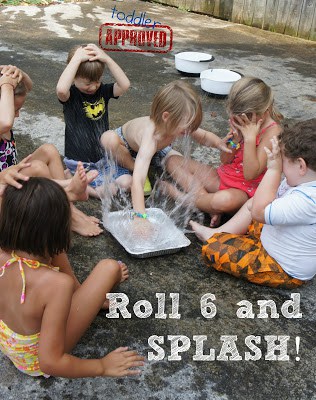 Have the children sit in a circle around the pan of water.  Take turns rolling the die until someone rolls a 6.  The lucky person who rolls a six then gets to slap their hand in the pan, and splash everyone else.  Continue refilling the water and rolling until everyone has had a turn to splash.

This game was not only great for number recognition, but for practicing turn taking and being patient. 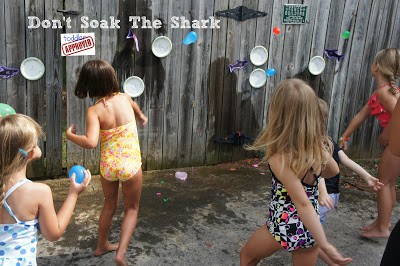 The object is to identify the lowercase letter on the water balloon and then throw it at the plate with the matching uppercase letter, WITHOUT "soaking the shark".

When someone accidentally gets the shark wet (instead of the plate), everyone yells, "Don't Soak The Shark".

Caution: The combination of water balloons and small children (or large children, or even adults) can be a recipe for chaos.  Some ways to help keep this game under control are setting firm rules ahead of time as to where the balloons can be thrown, giving the children only one balloon at a time, and taking turns throwing the balloons. 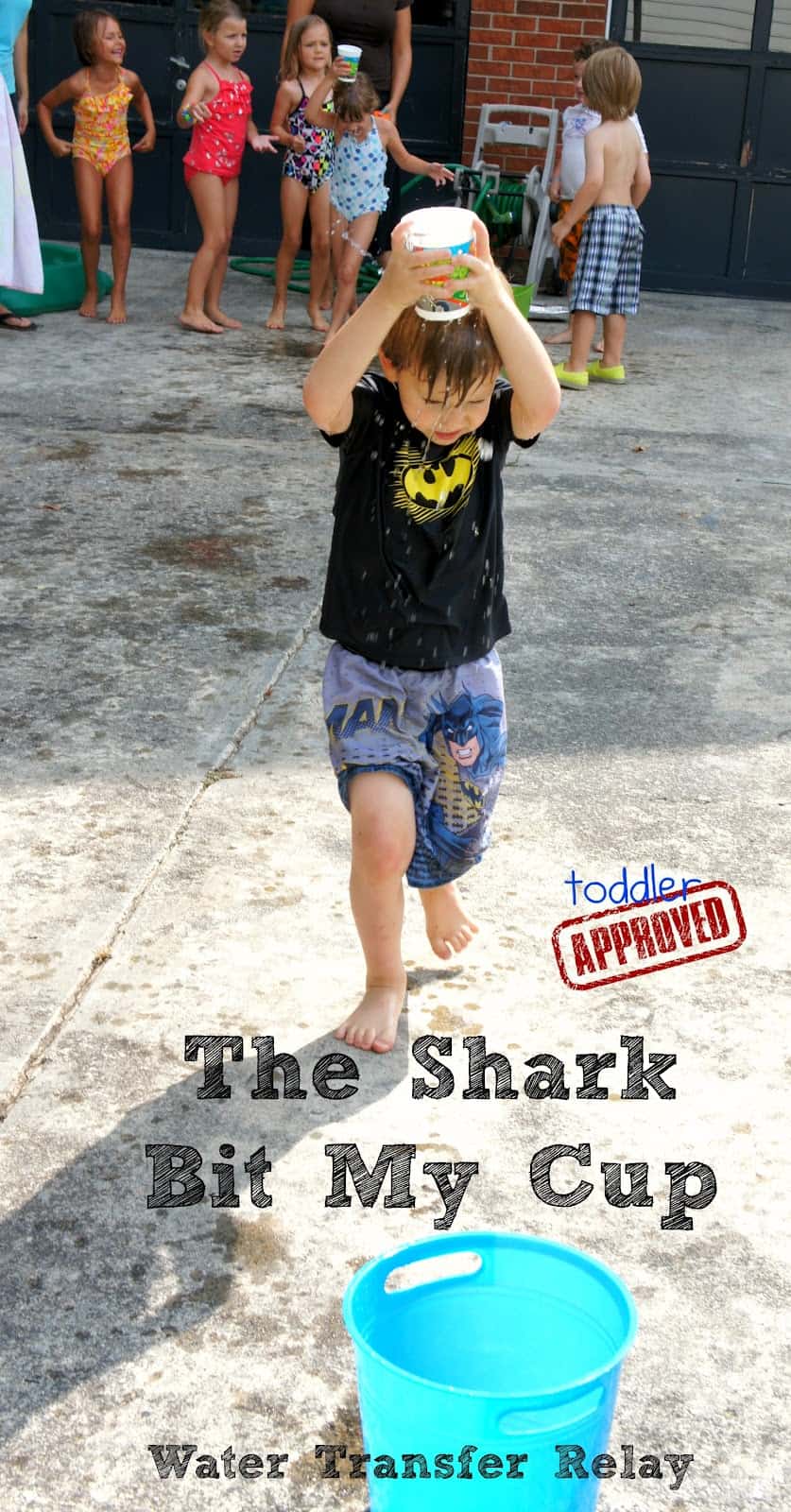 This is a basic water transfer relay with a shark-y twist.

Divide children into 2 teams.  Each team starts standing on either side of the large container full of water.  Place the small buckets a short distance away.  On go, the children must fill their cups with water, place it on their head and run to their team bucket on the other side (attempting to keep as much water in the cup).  Once they reach their bucket they dump out what is left in the cup, run back to the starting line, and pass the cup off to the next person.

The twist on this game was that I poked several small holes in the bottom/sides of each cup to look like a shark had attempted to bite it.  Not only was water spilling out of the top of the cup, but the bottom and sides as well.

Of course, the water games were only one small part of the party.  To see all of the shark themed crafts, learning activities, games, treats and fun decorations that Danielle came up with - you'll find the details here. 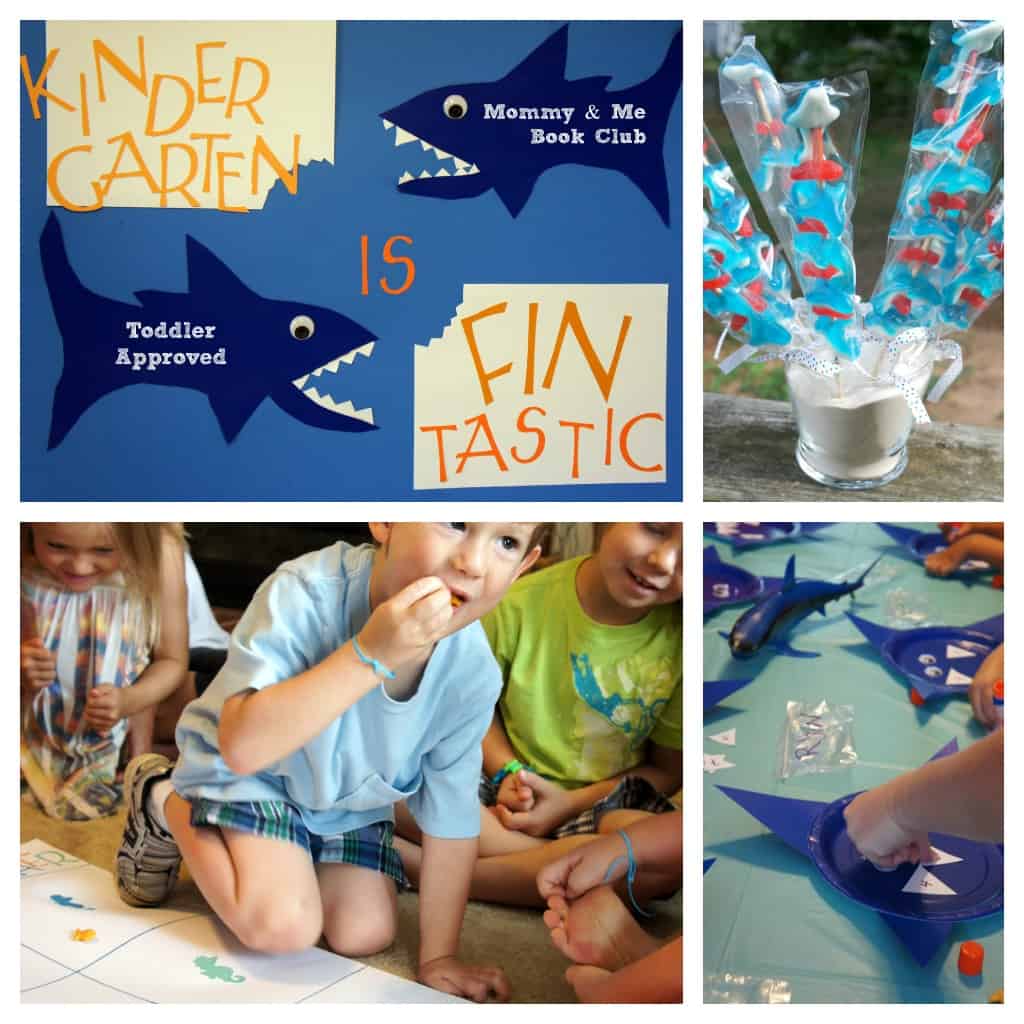