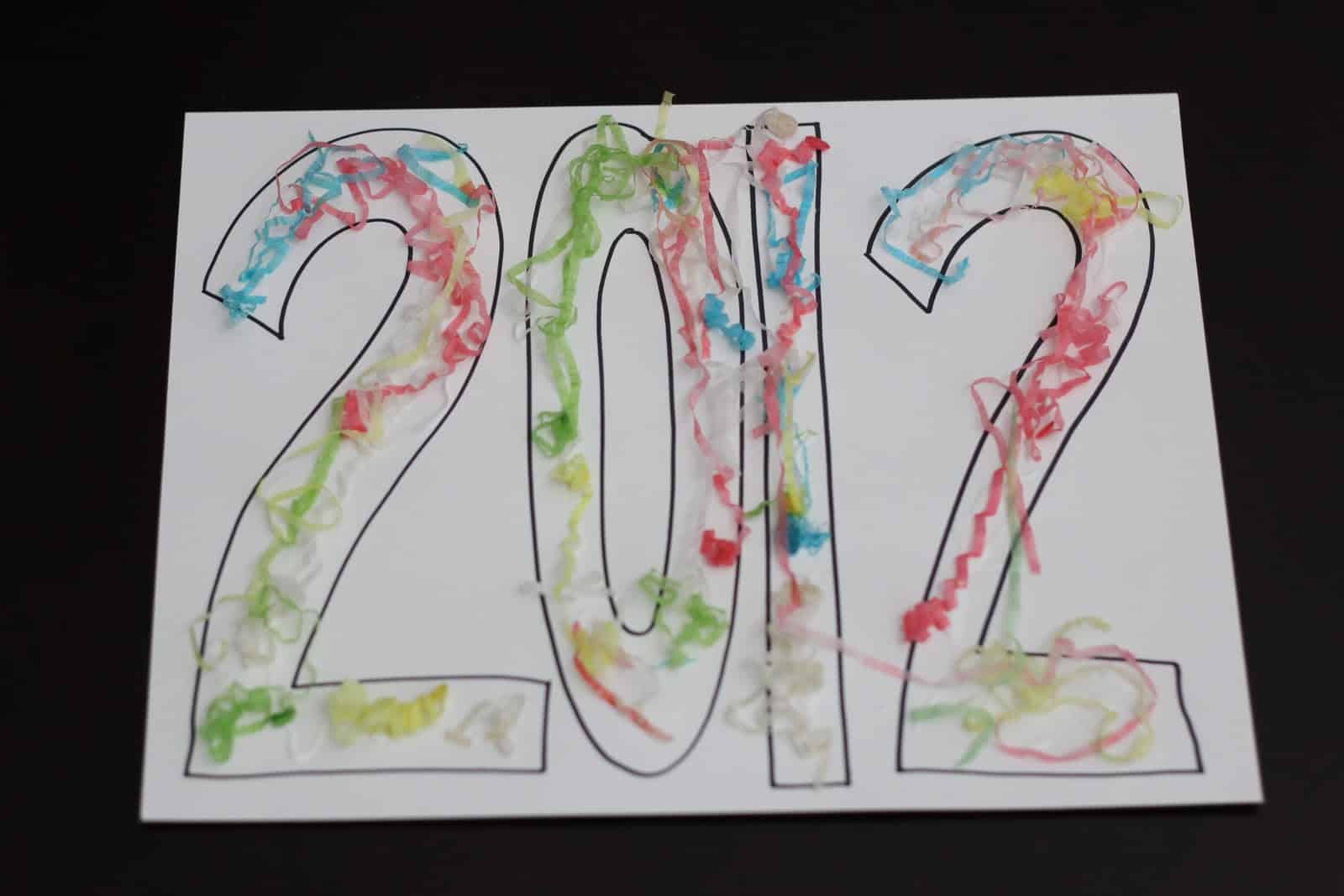 I have been insanely motivated for some reason. Mostly to do things like decorate, organize, and spend money... (not clean and do laundry). I don't think I've been this productive since I was pregnant with my daughter and nesting hard core. I only wish the desire to clean would come back.

Anyways, this week we made a little sign with our New Year's Eve popper strings to hang in our house to welcome 2012. 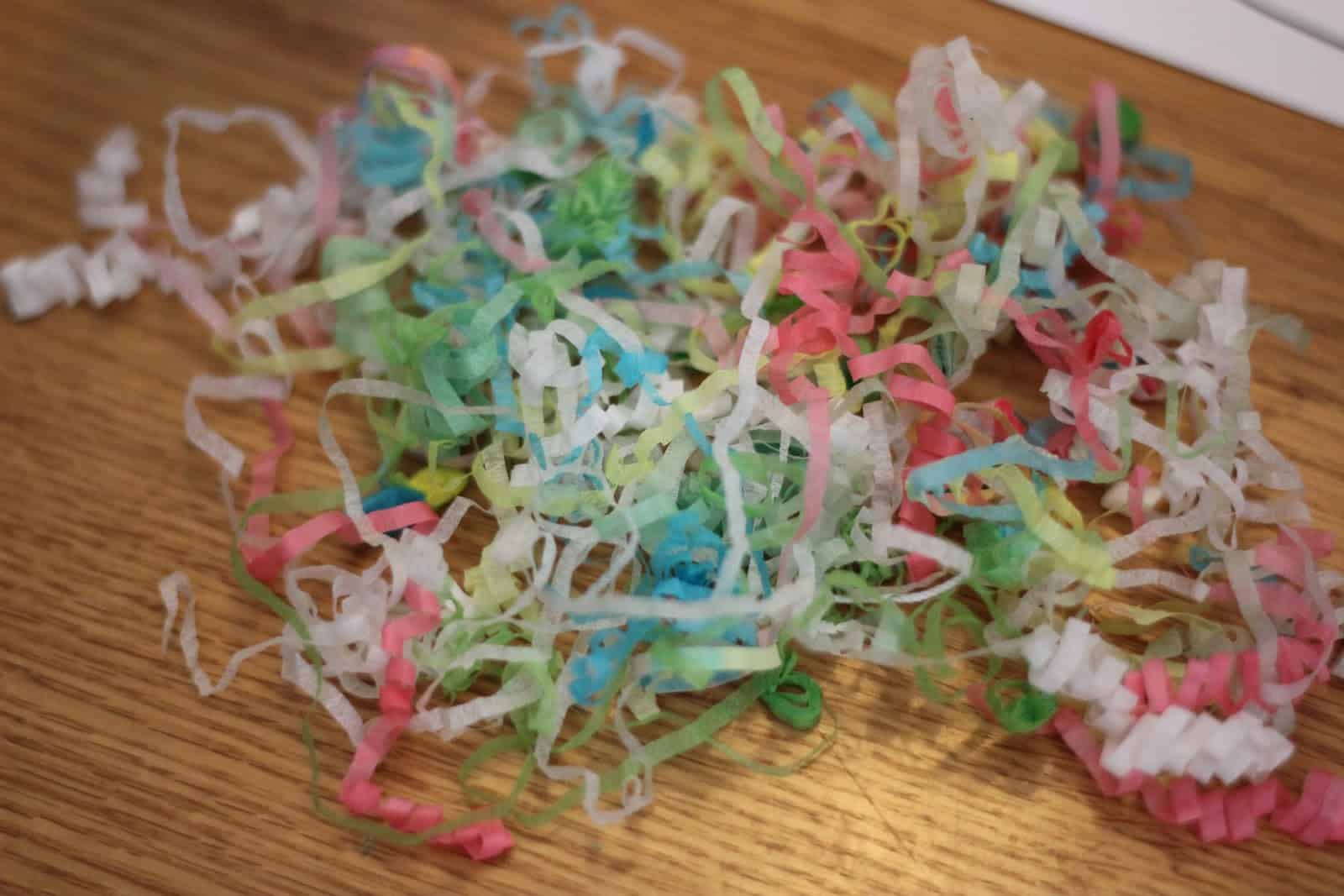 It was super easy and just needed glue, a marker, cardstock, and popper remnants (you could also use confetti by hole punching colorful paper). 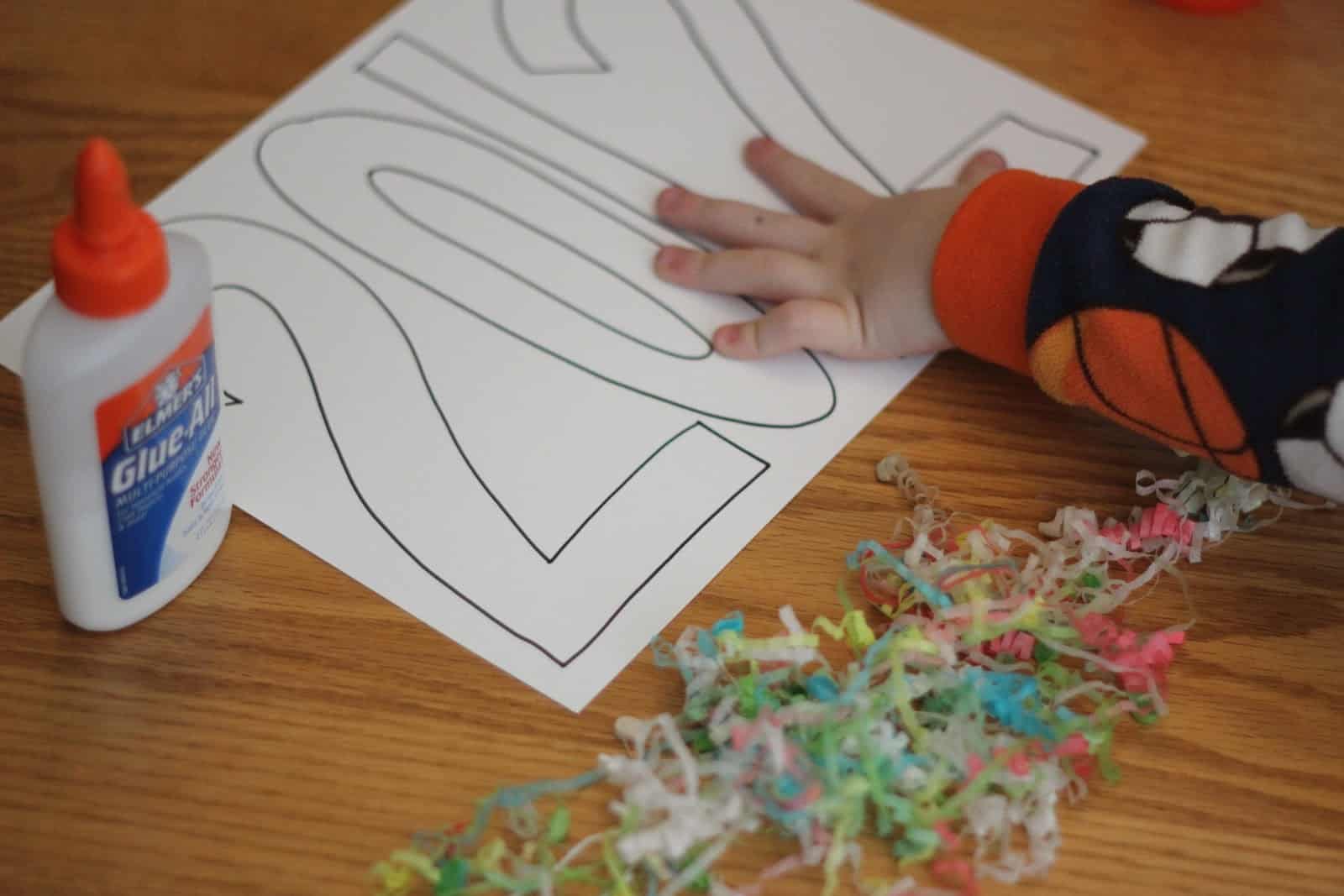 I drew 2012 on the paper and my son glued the popper pieces on. This was harder than it looks. Pulling the little strings apart and manipulating them was tricky. 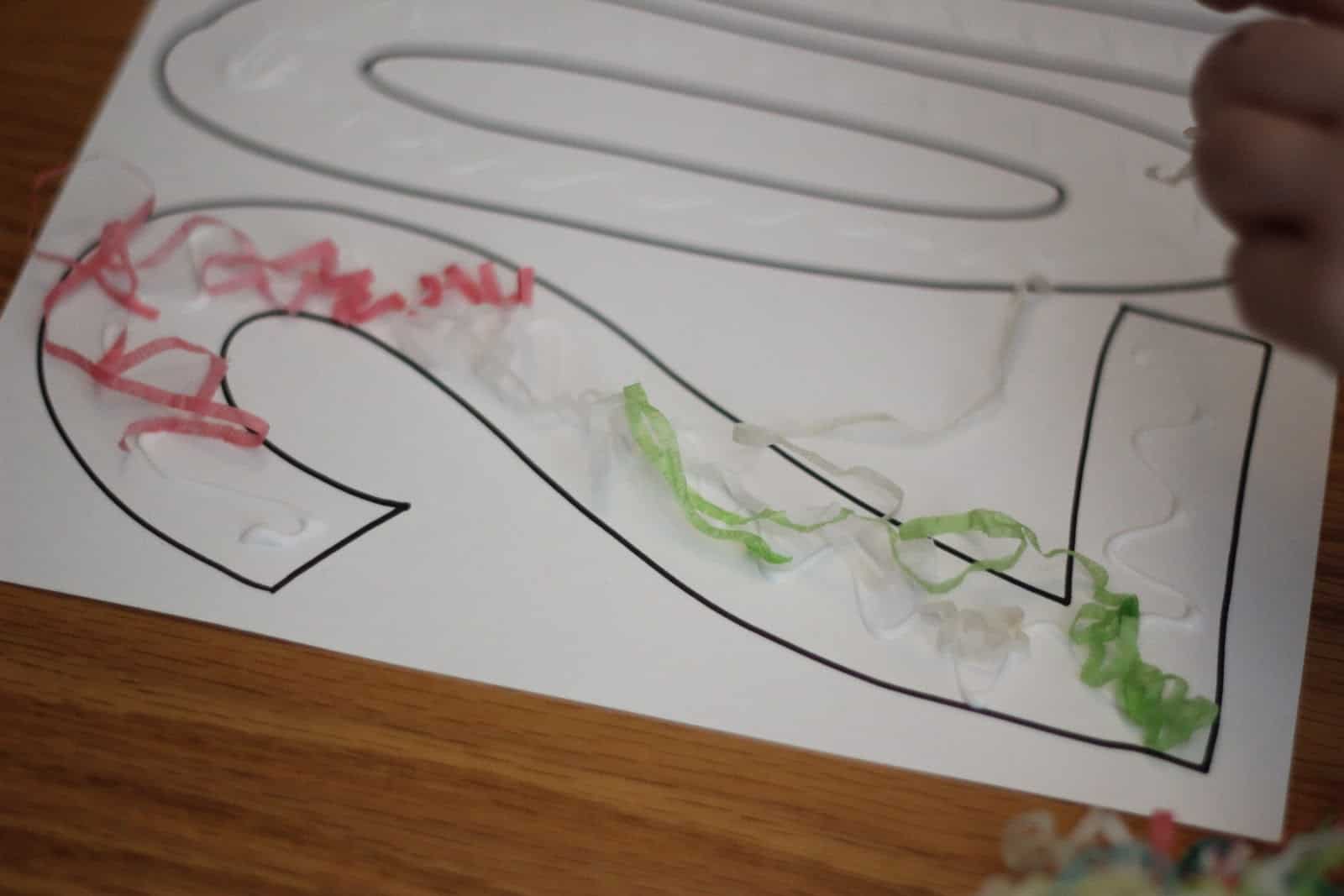 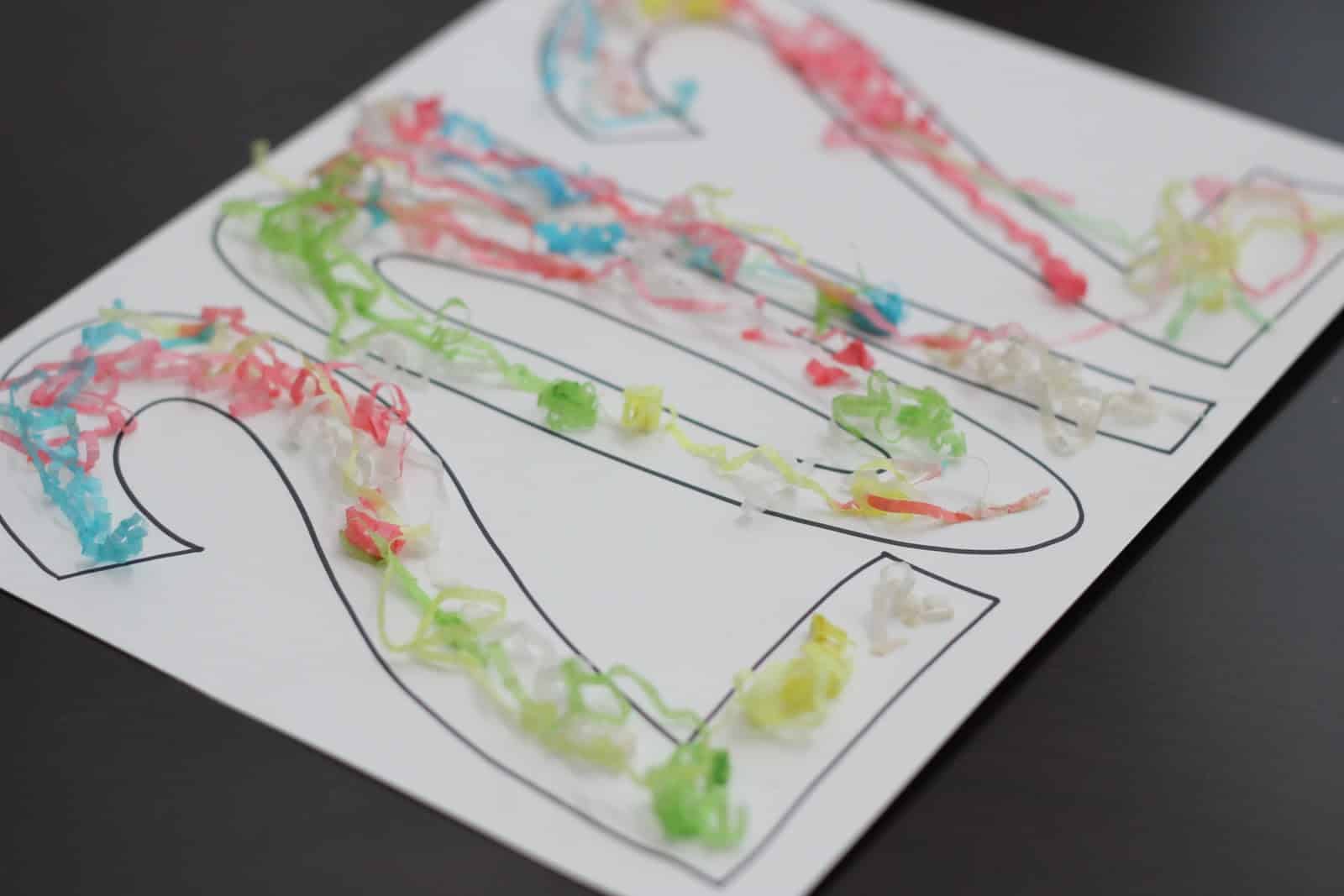 When we were done I did a little 2012 Interview with my son. I loved that he said his favorite colors are red and orange because they are in volcanoes. I also learned that his wish for the year is to get a skateboard. Ugh!

We ended the night by setting resolutions (some were made by the kids... some were made by us for the kids). So far the "sleep more" resolution has be happening because I've been sleeping with one finger in my ear. Ha! I think it is going to be a pretty awesome year! 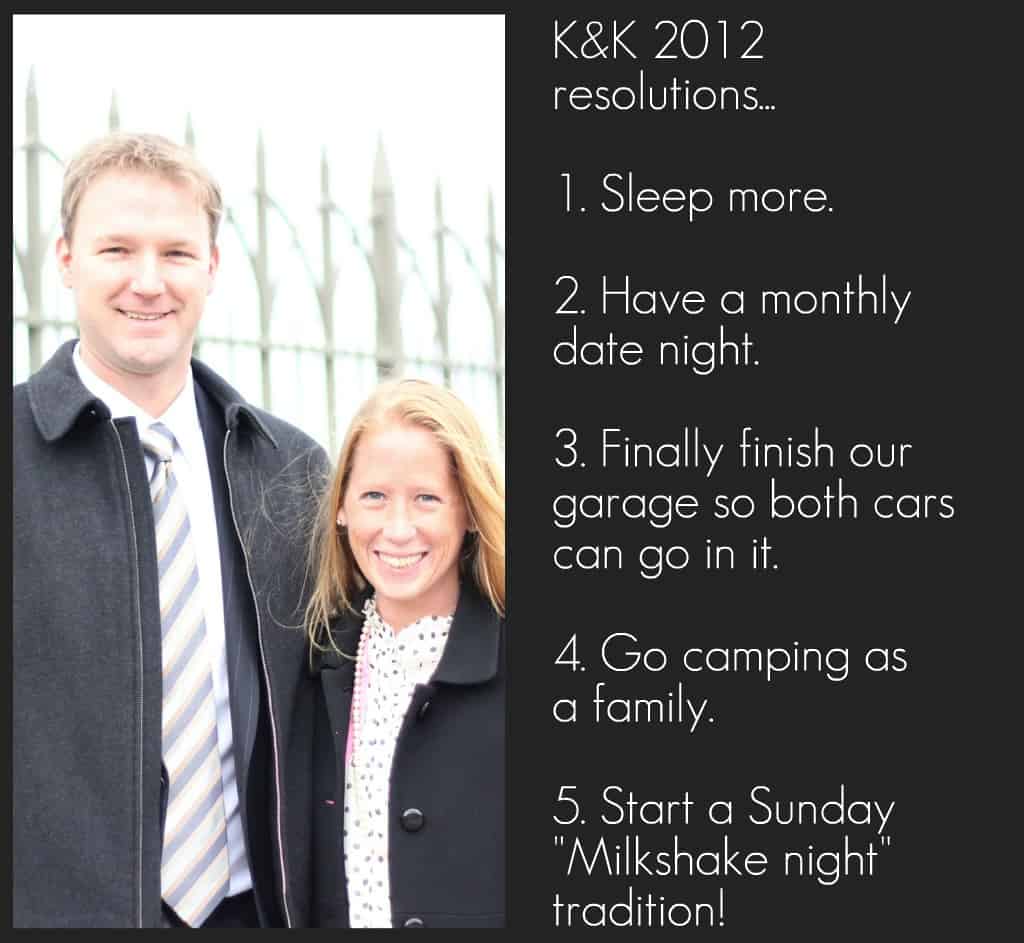 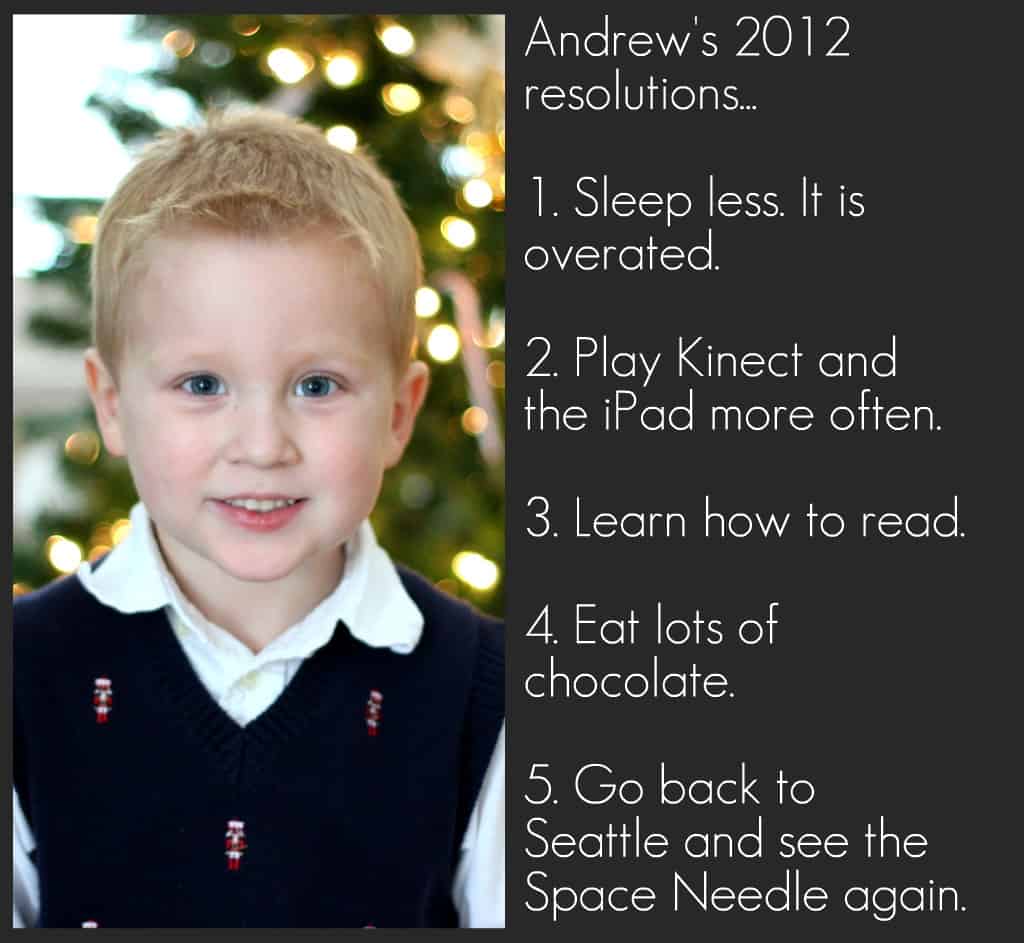 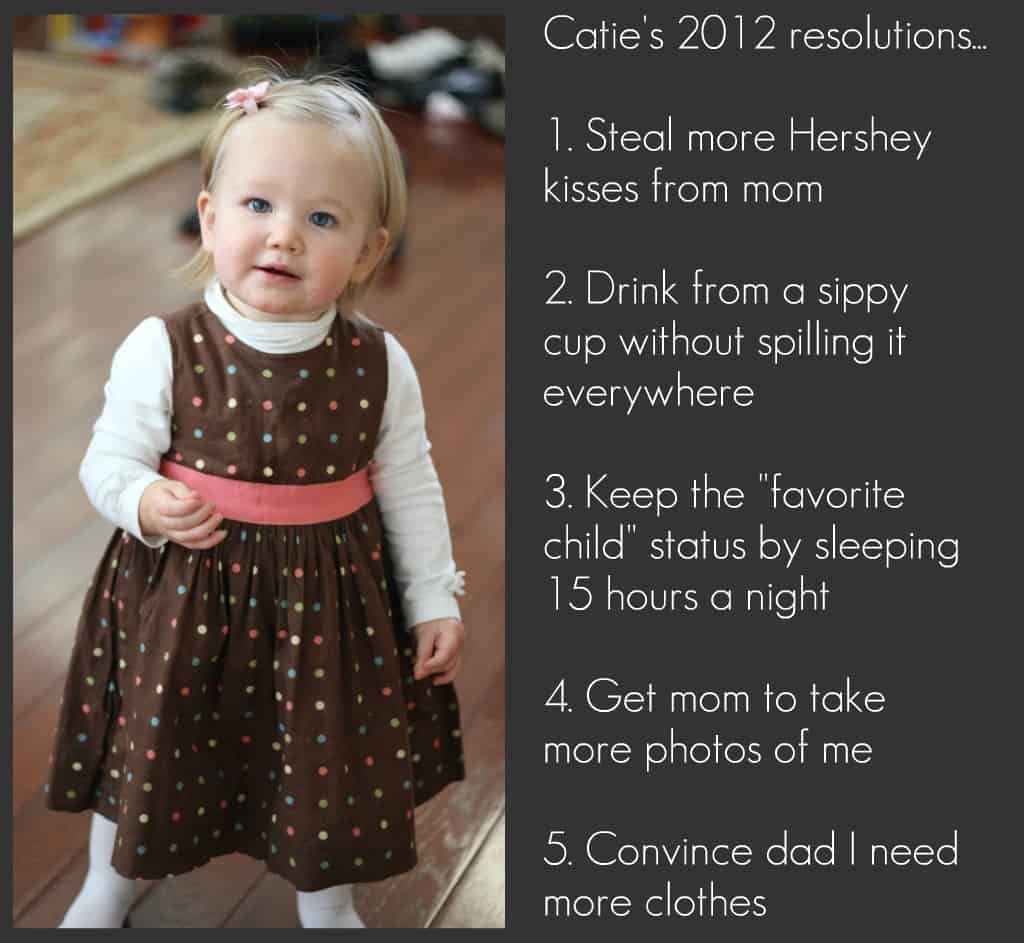 Did you set any resolutions/goals? How are they coming so far?