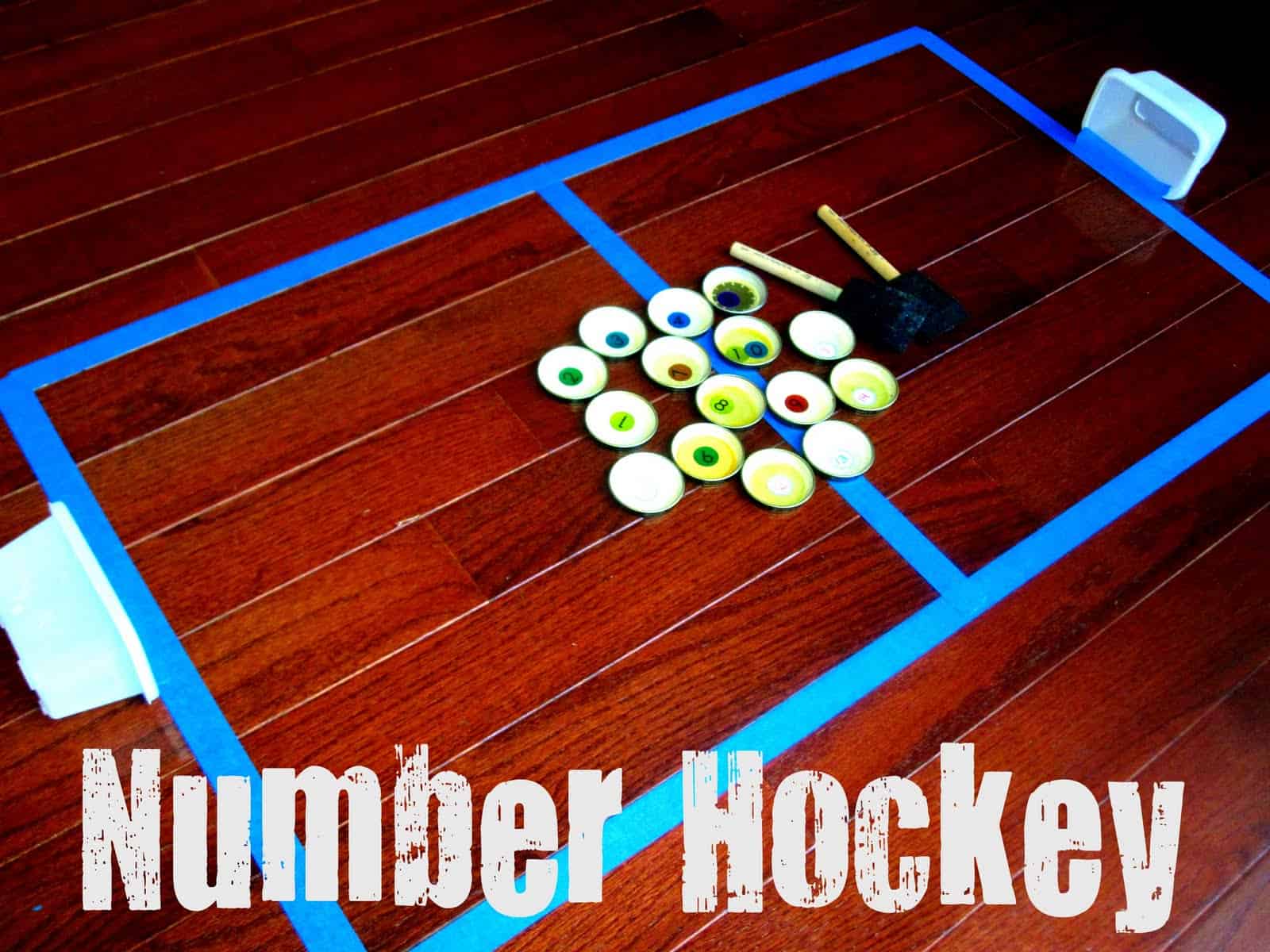 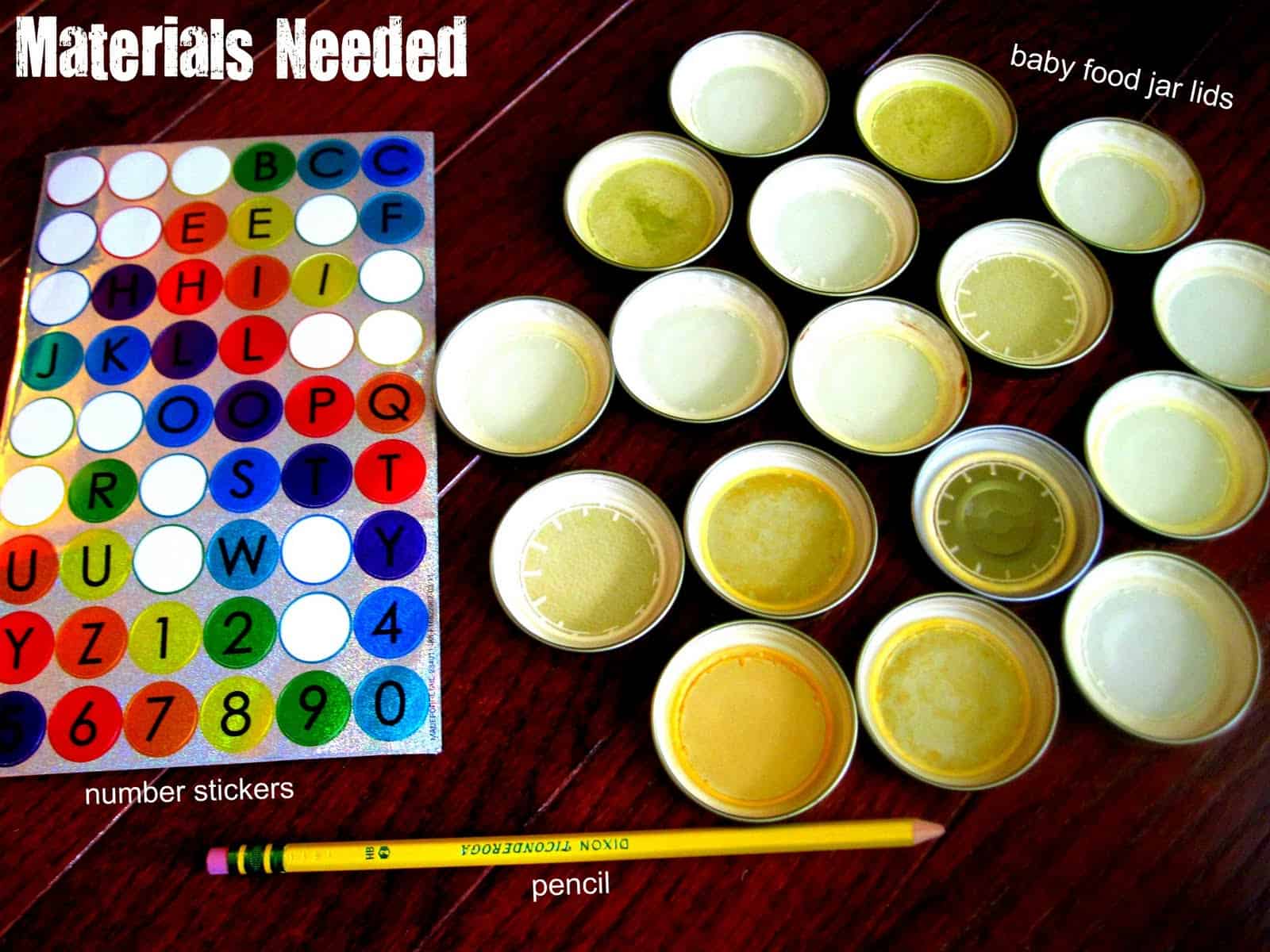 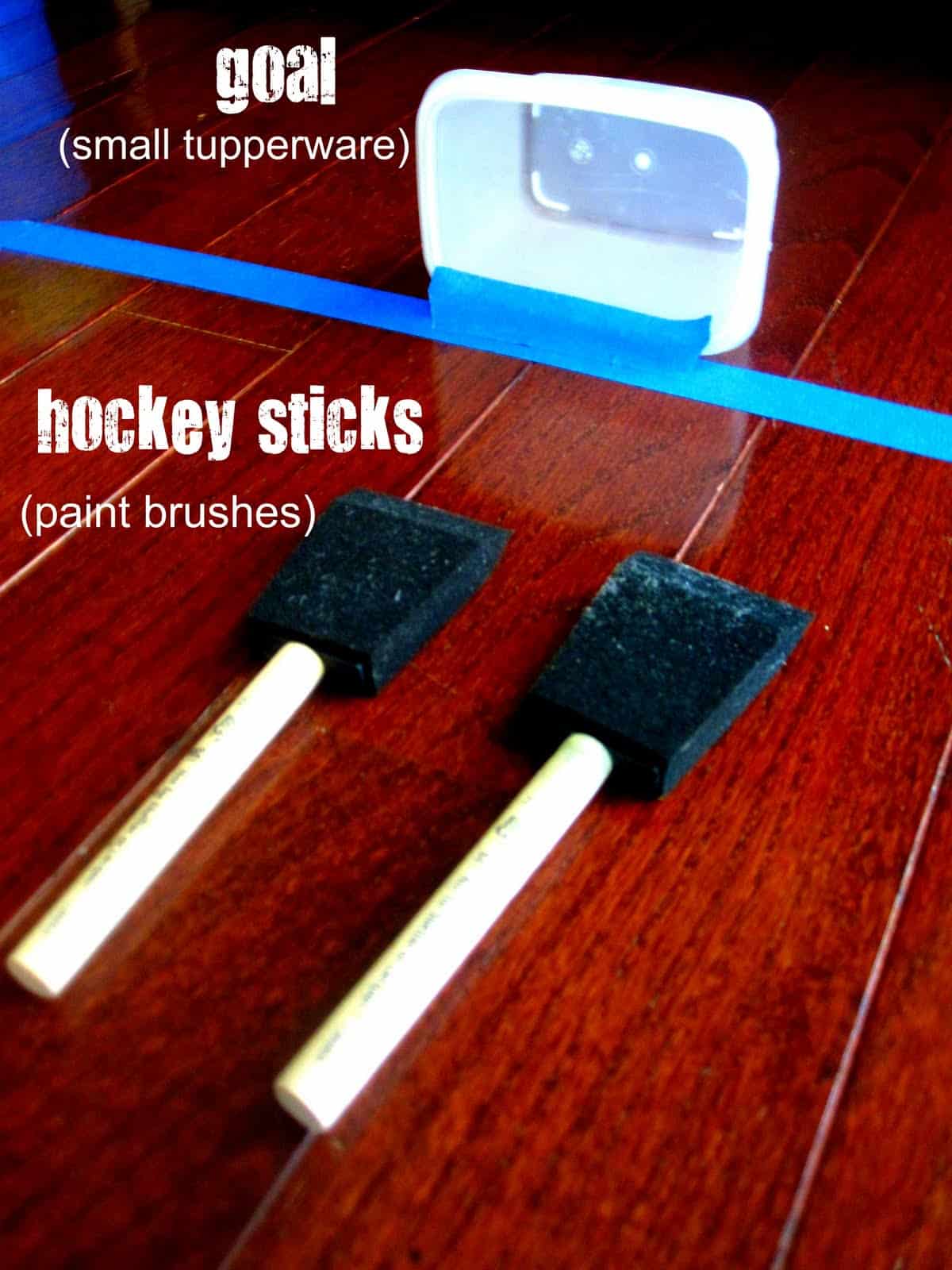 The only material I forgot to include in my photo was painter's tape! Use it to tape up your floor to make a floor hockey rink.

1. To create your number pucks, write each number on the inside of each lid with a pencil. We only did numbers 1-15 today.

2. Then have your little helper find the corresponding stickers and cover over the pencil written numbers. 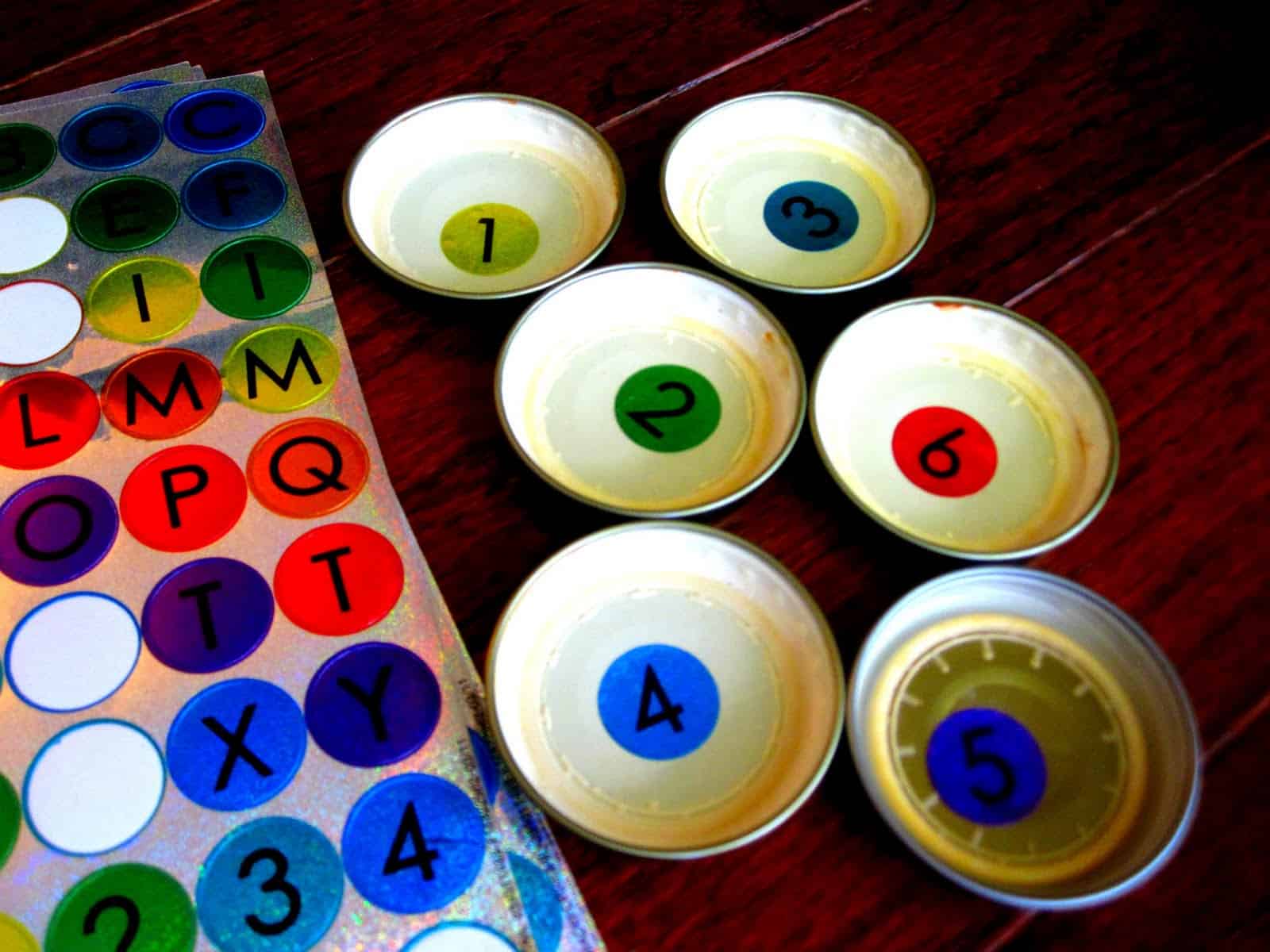 3. Practice counting all of your colorful pucks in sequence! 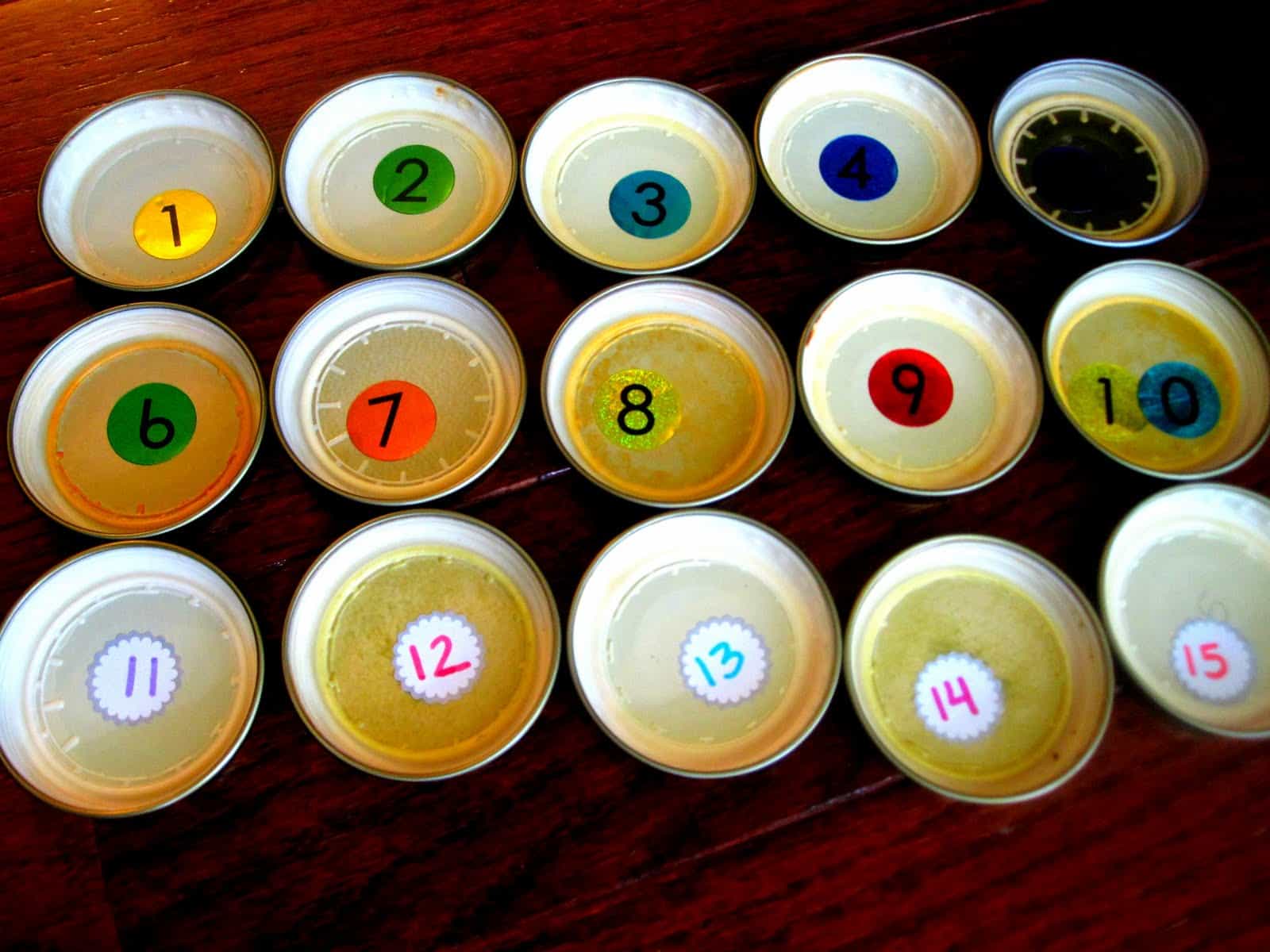 4. Make sure your rink is taped and your hockey sticks are ready! 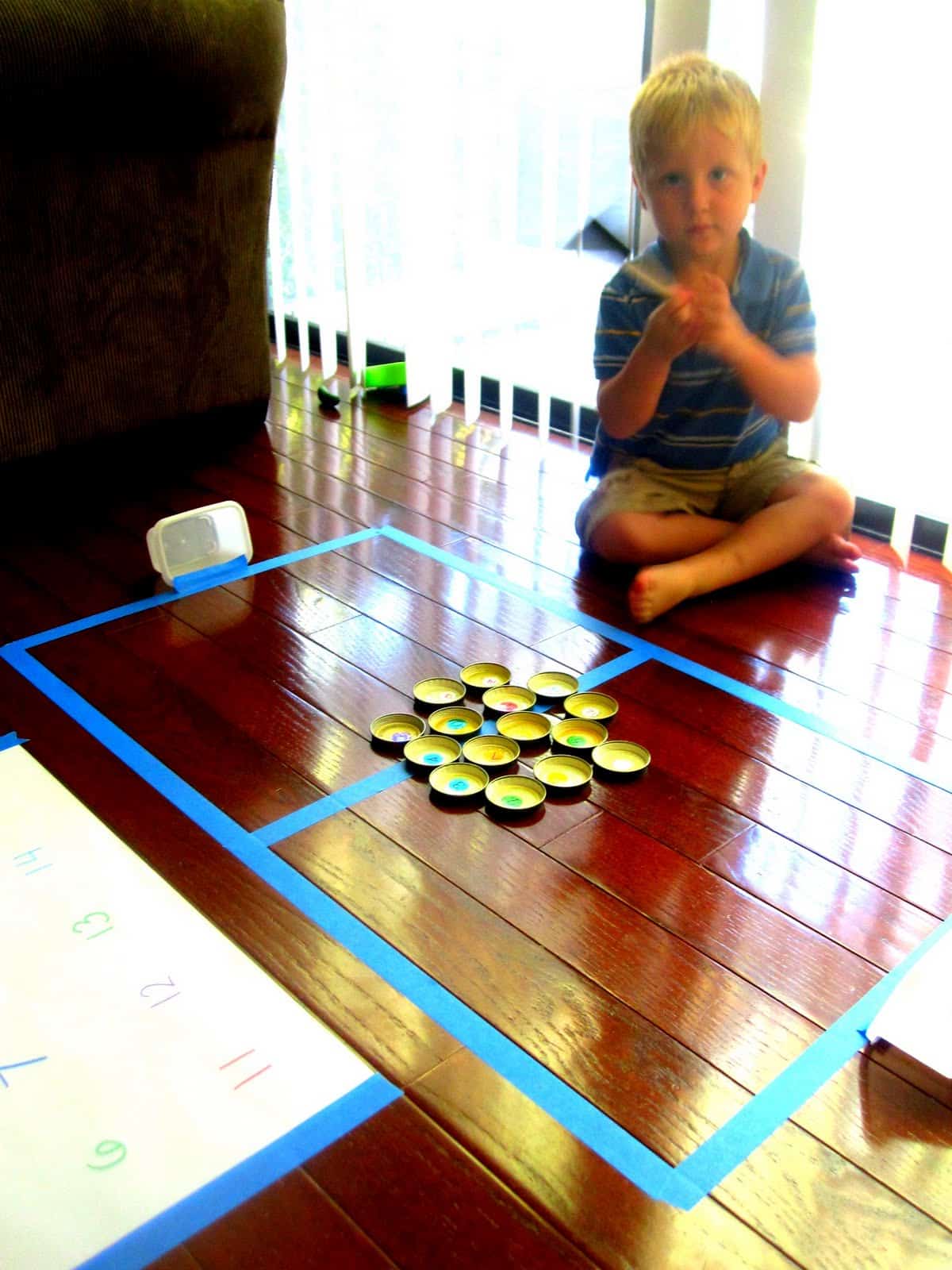 5. Write numbers 1-15 in sequence (or randomly) on a large piece of paper to put next to your rink. This is where all your pucks will "hang out" after they score a goal! 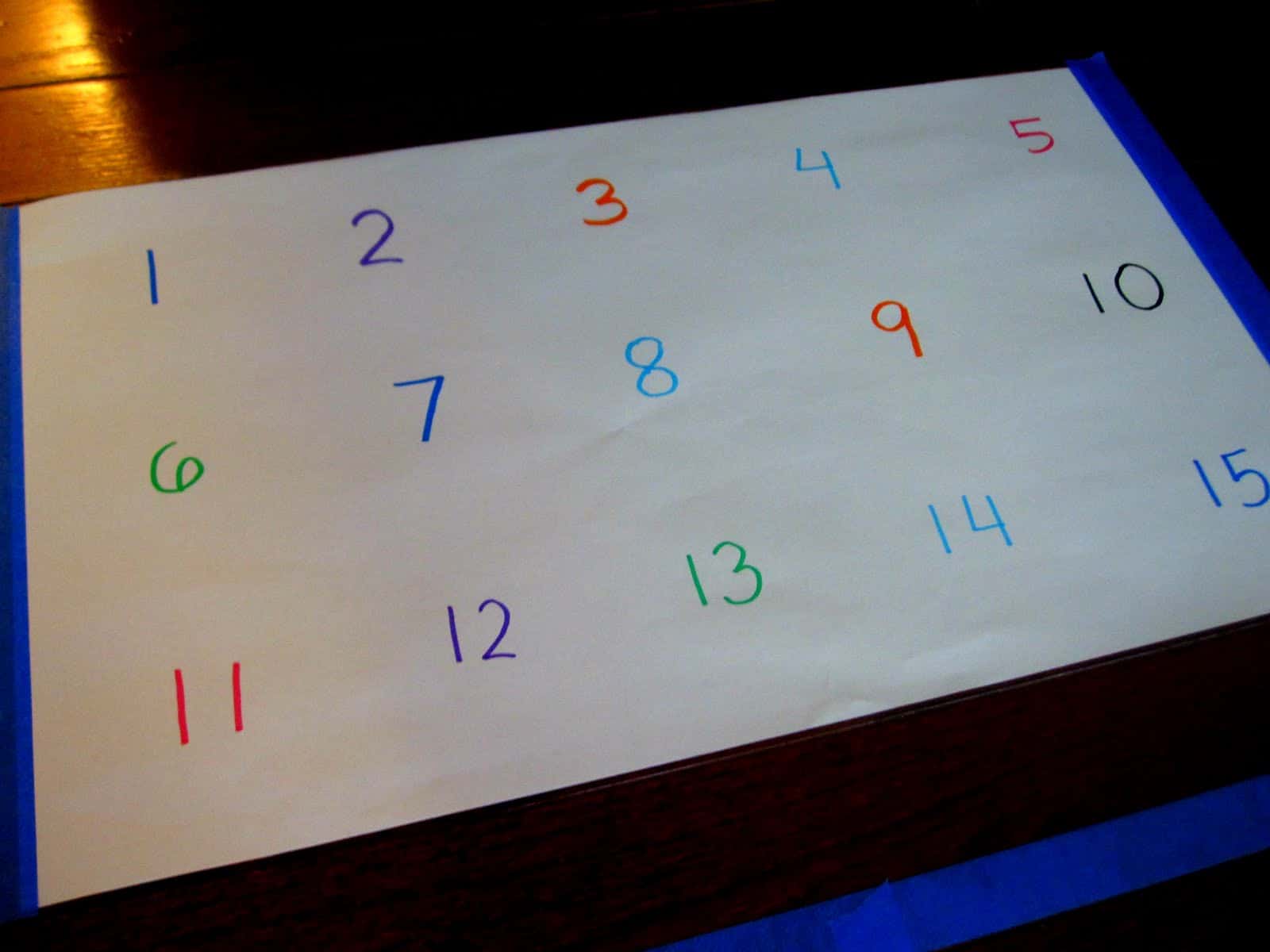 Number floor hockey rules: (they are a little nonsensical... feel free to make up your own! :))

- other player defends their goal 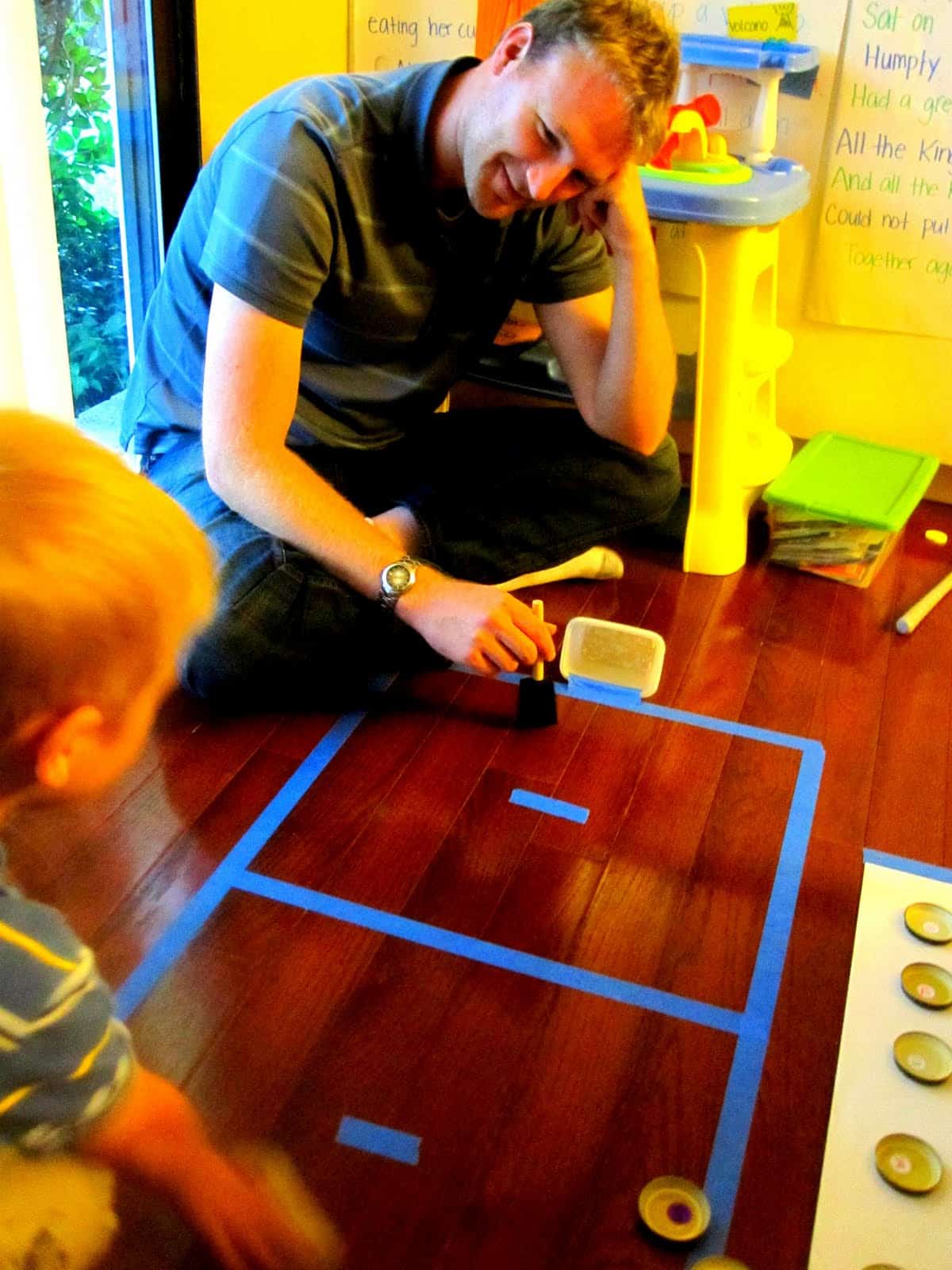 - players hit the puck back and forth until someone scores 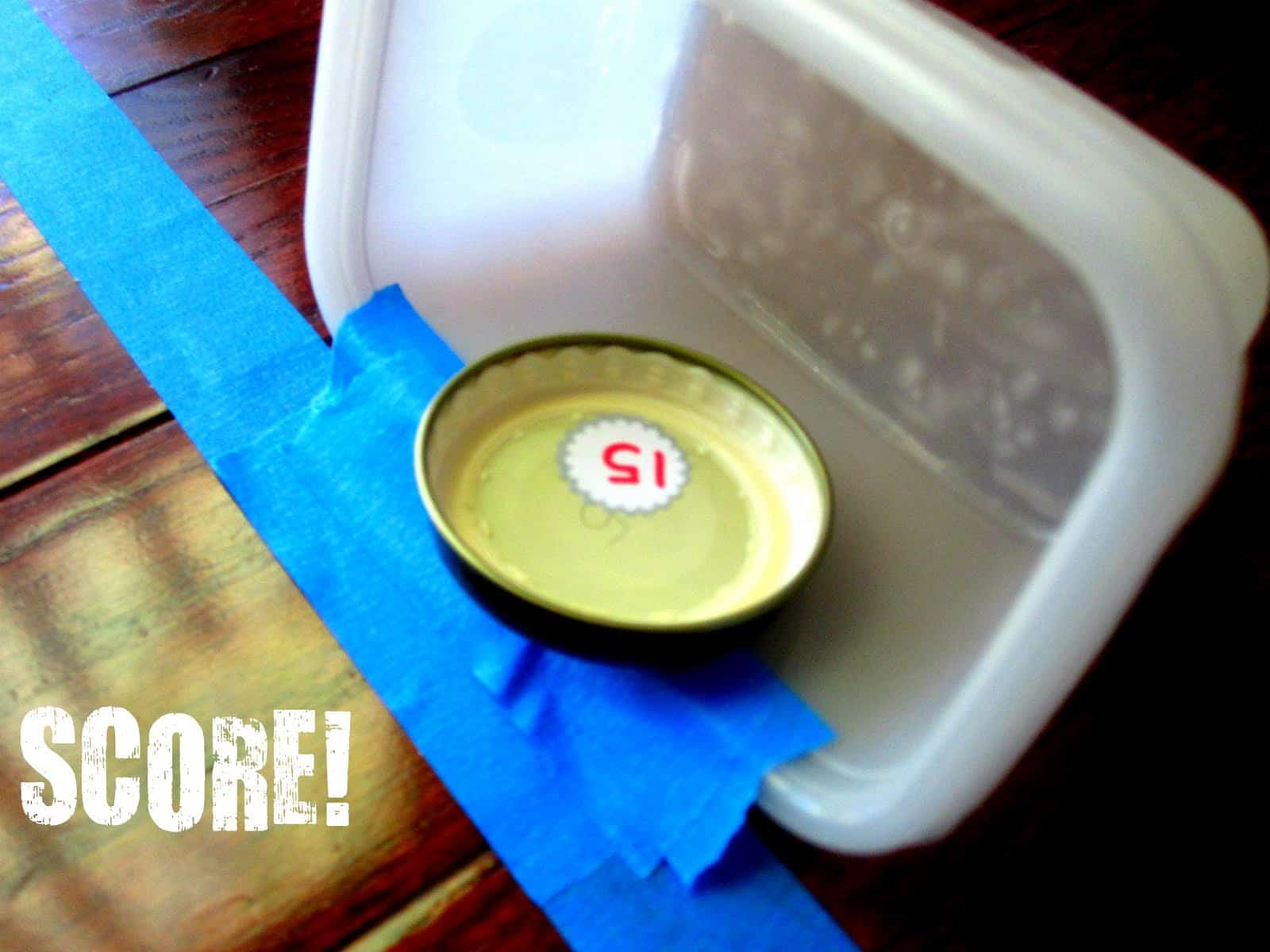 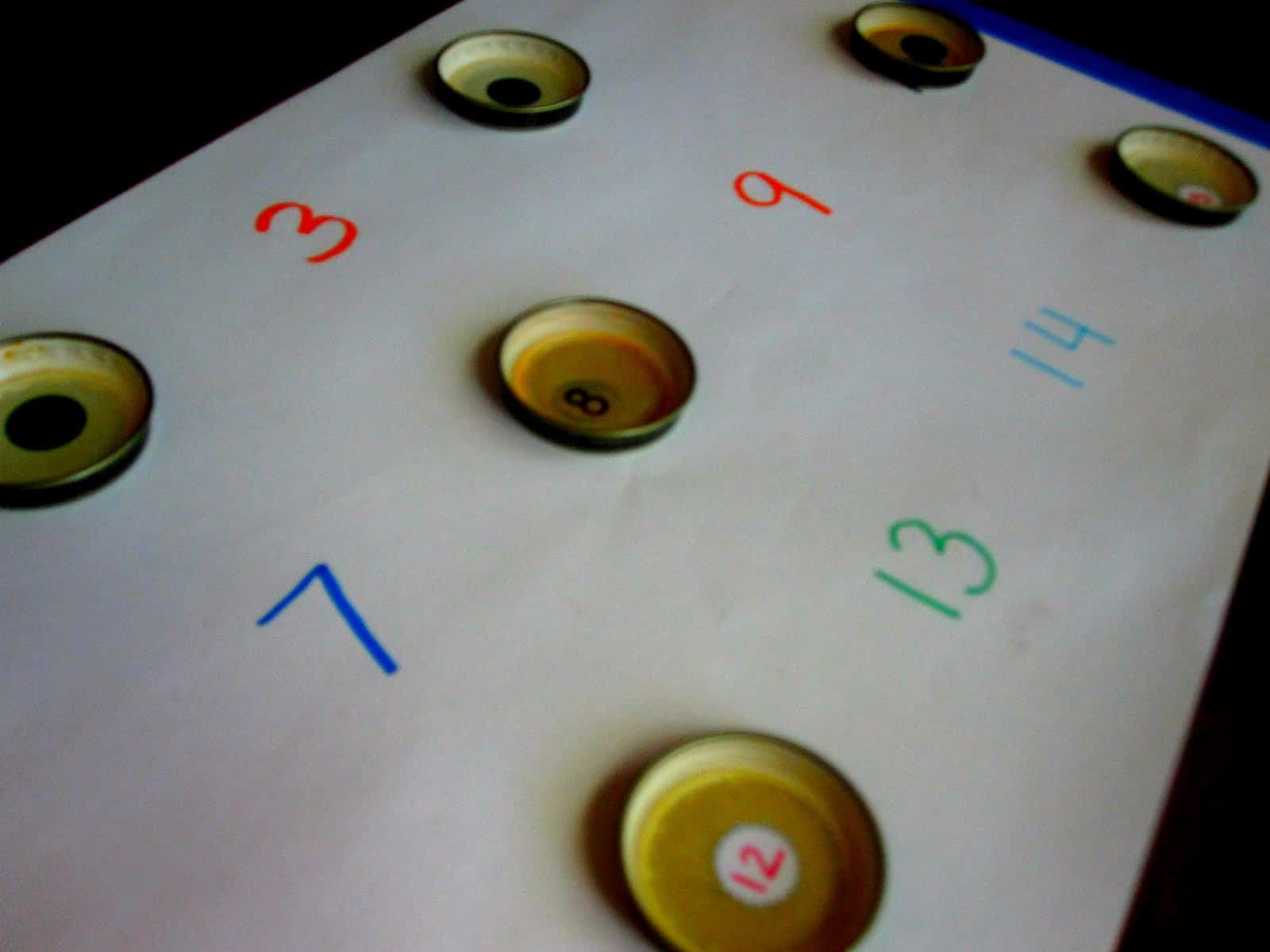 - game is over when one player no longer has any pucks left OR when all the numbers are covered!

We'll probably come up with a new way to play tomorrow. There are endless variations and lots of other concepts that could be taught with this game. We may rip off the number stickers and try alphabet letters or simple sight words another day. This was seriously awesome and was the first thing my little guy wanted to share with his dad when he got home from work!

This activity was great for working on...

- counting (we practiced numbers to 15)

- practicing skills such as teamwork, sportsmanship, and giving positive encouragement (we cheered, clapped and said "great job" to each other as we played, there wasn't too much emphasis on who "won")

Congrats to our blogging friend Deborah from Teach Preschool who now has over 20,000 followers on Facebook!