What do you find at ponds?... Lots of bugs! So we started off the day by making a homemade fly swatter and proceeded to create our own little pond full of animals. 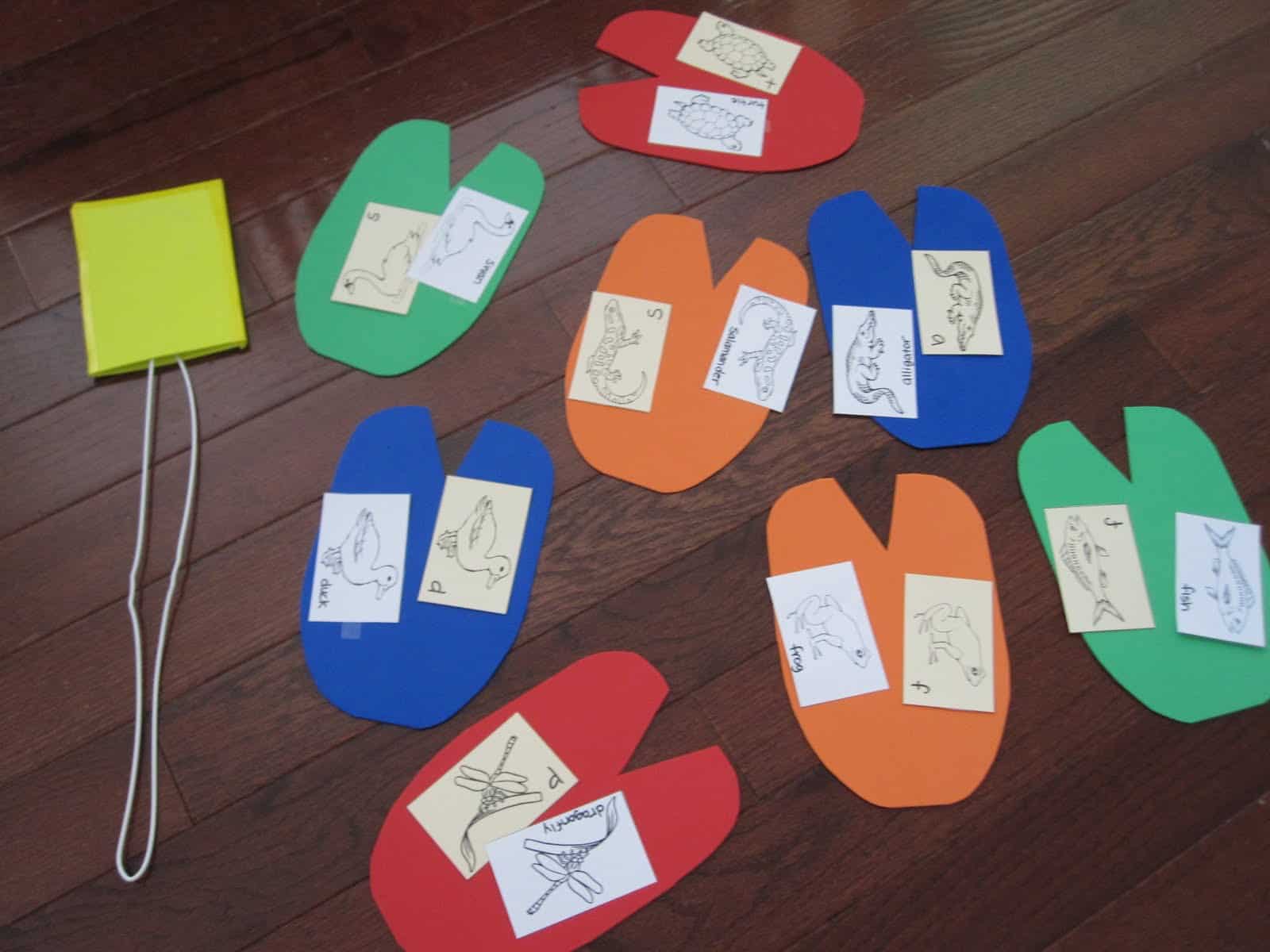 Some skills we worked on included:

- learning the names of some pond/lake dwelling animals

Materials Needed: several sheets of foam (we used a variety of colors and didn't just stick to green for our lily pads... but you can do whatever you want!), scissors, sharpies, a wire hanger, double stick tape, colored electrical tape, and pond animal printouts (2 copies). 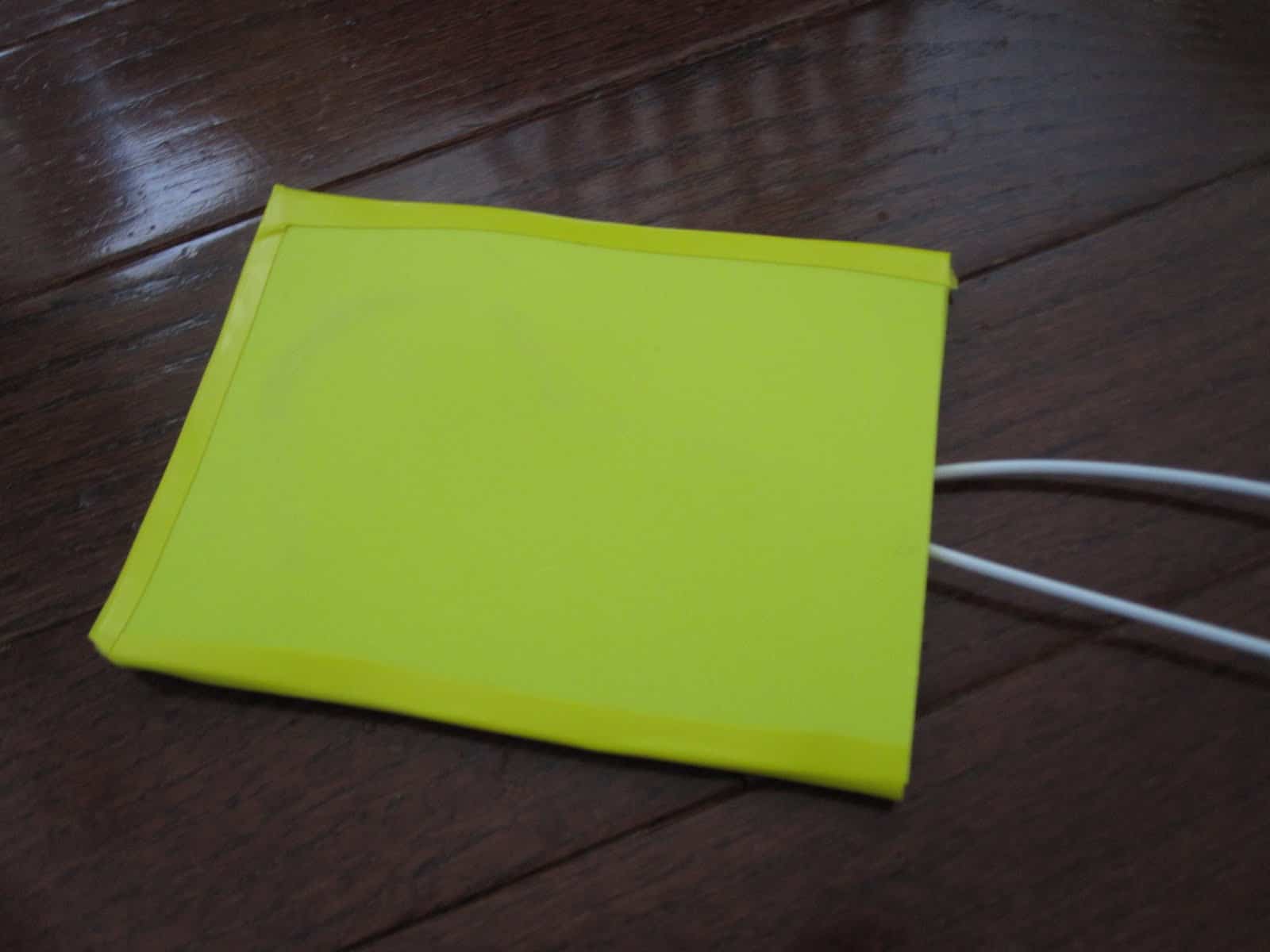 1. Cut foam sheets into 2 rectangles that are the same size.

2. Bend a wire hanger to make it long (like you are roasting a s'more)

3. Tape the sharp hook part of the hanger to one sheet of foam, using electrical tape. 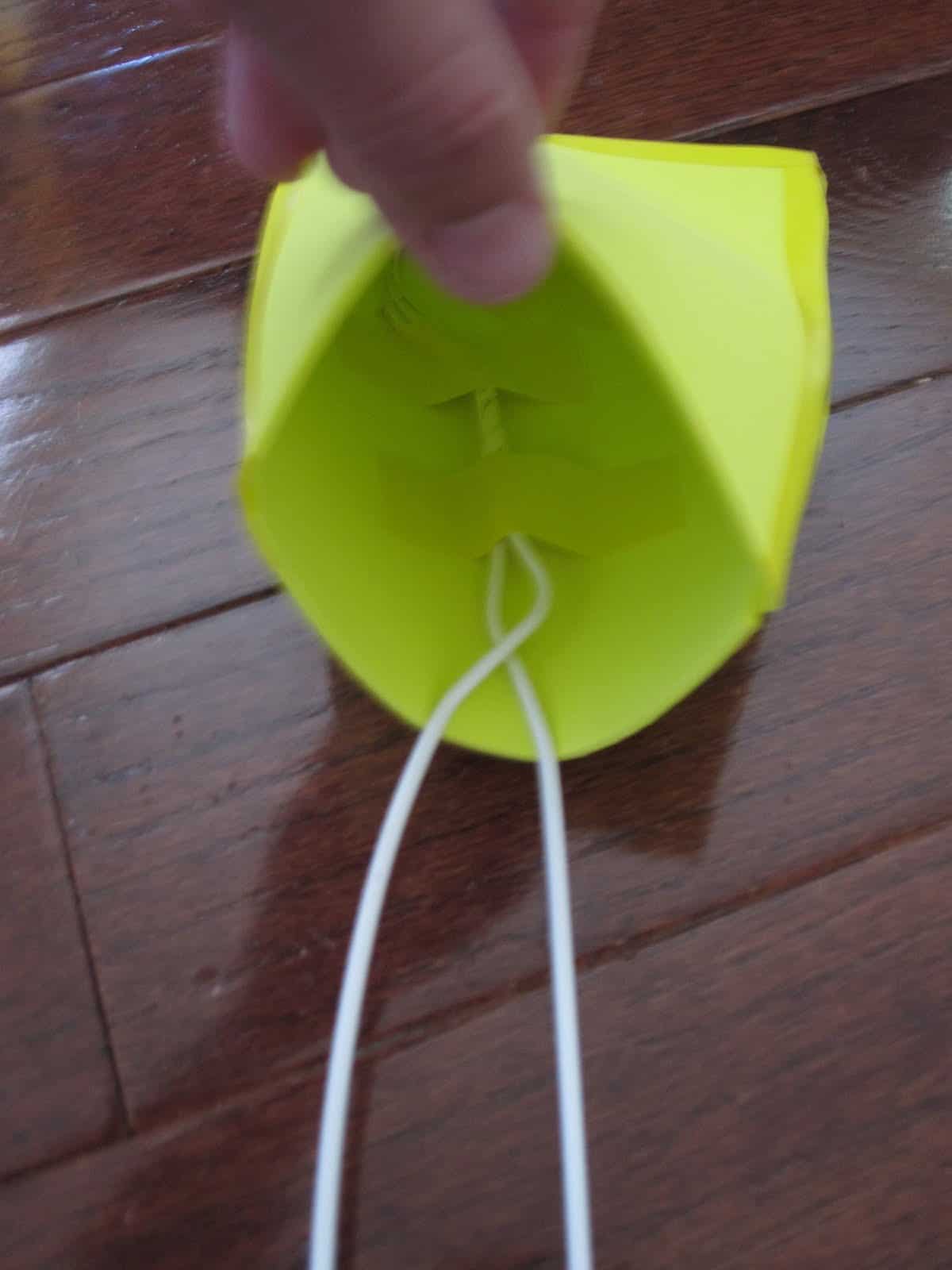 4. Attach the top piece of foam using electrical tape. I made a border all around the edges to secure it in place.

5. Practice slapping! This tool is so fun, everyone wants to use it! 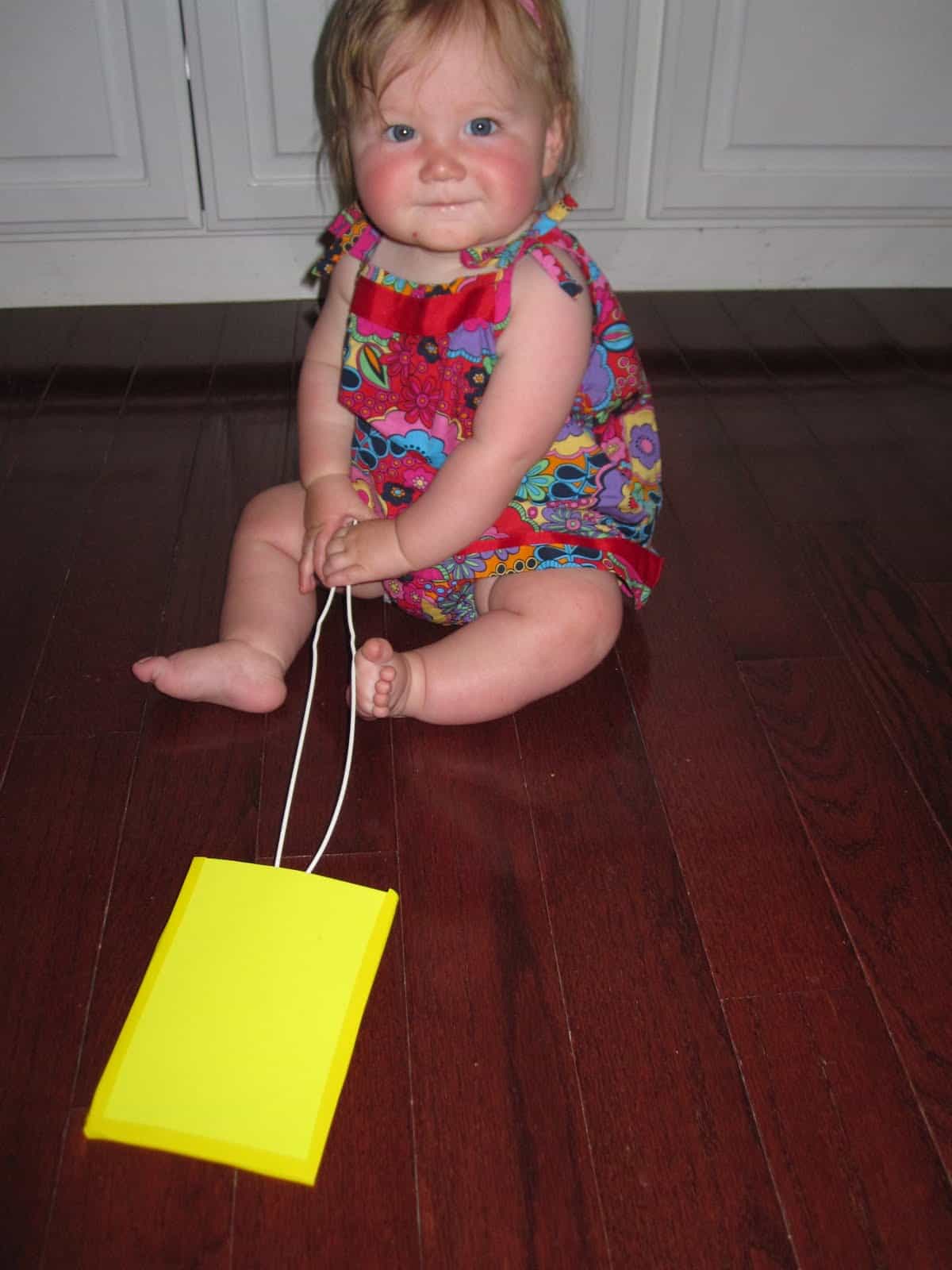 You can also buy bug swatters at most grocery stores and home stores... if you don't want to make one!

Directions for our bug swatting game:

2. Stick two pieces of double stick tape on each lily pad (or velcro if you want this to last longer) 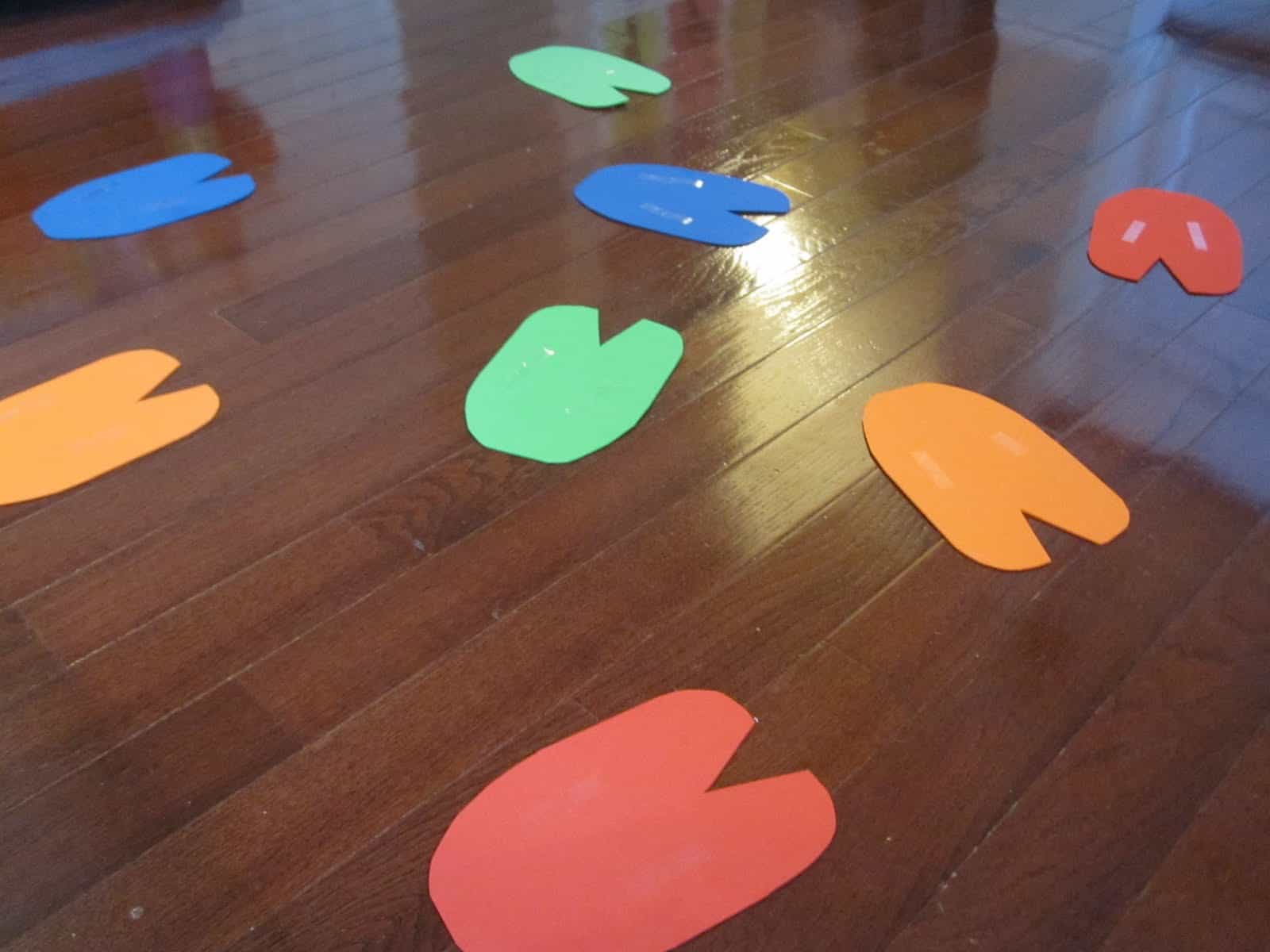 4. Write the letter that the animal's name starts with on one card. 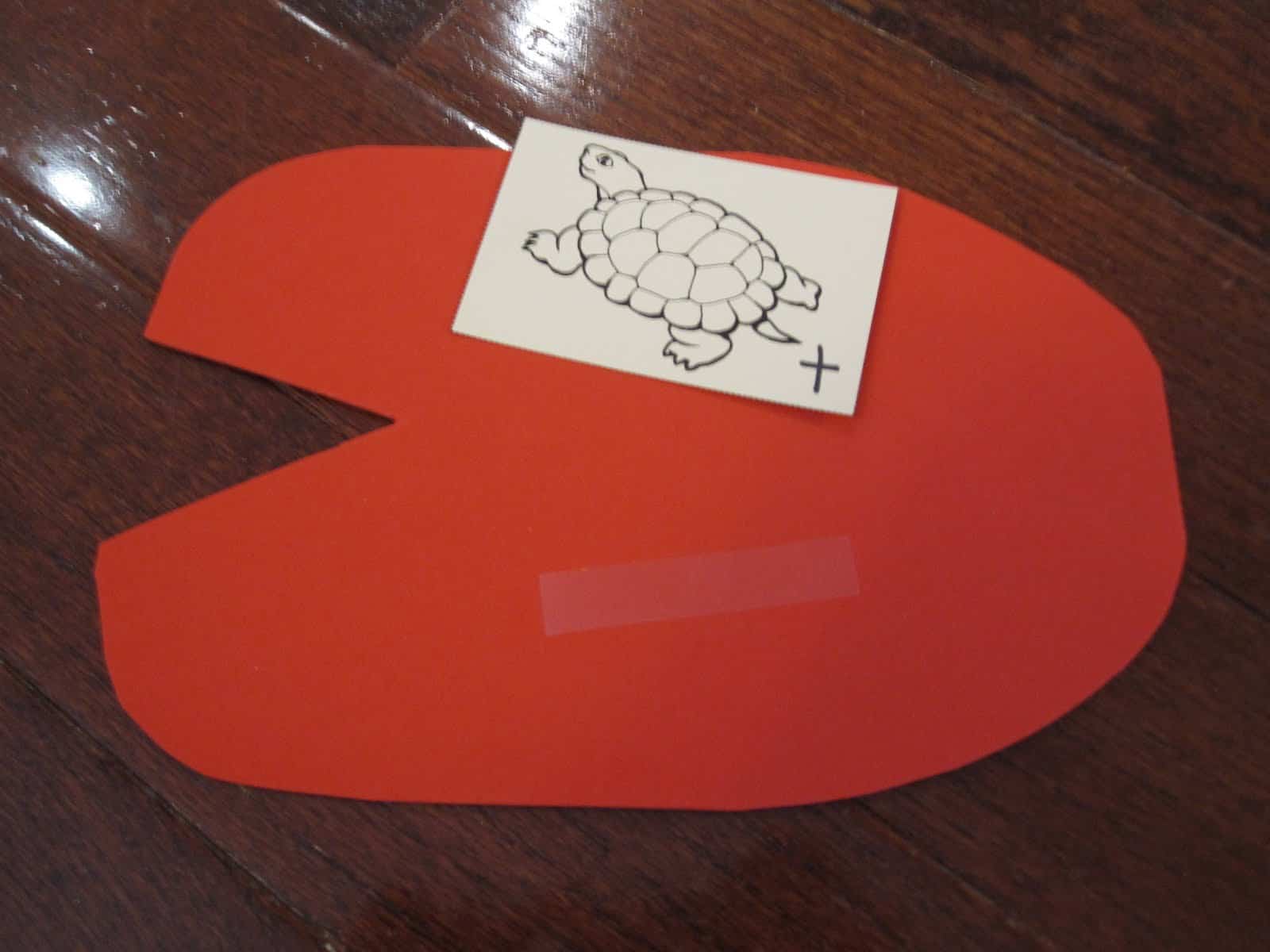 5. Write the full animal's name on another card.

6. Have your child go and stick the letter cards on each lily pad. 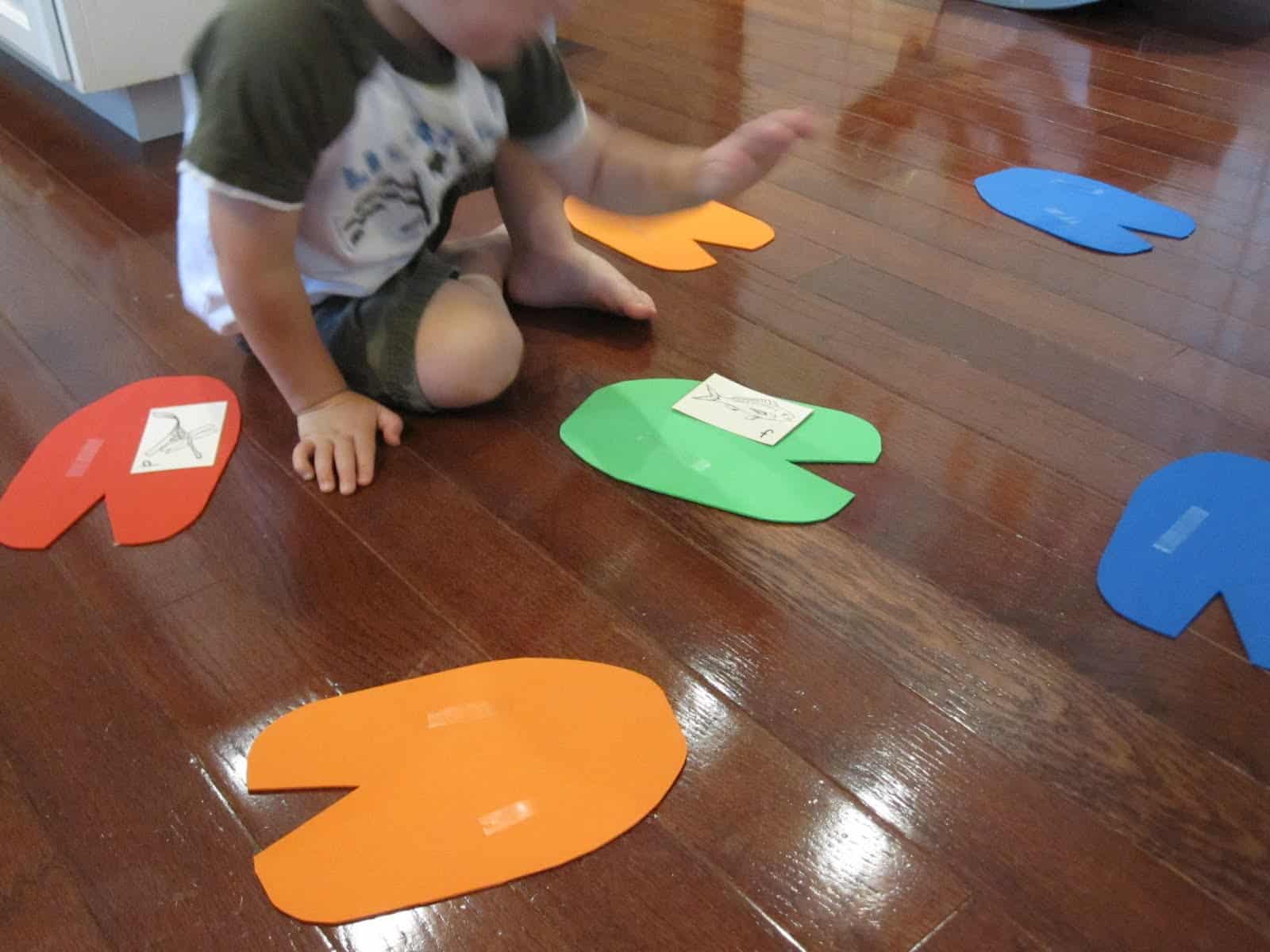 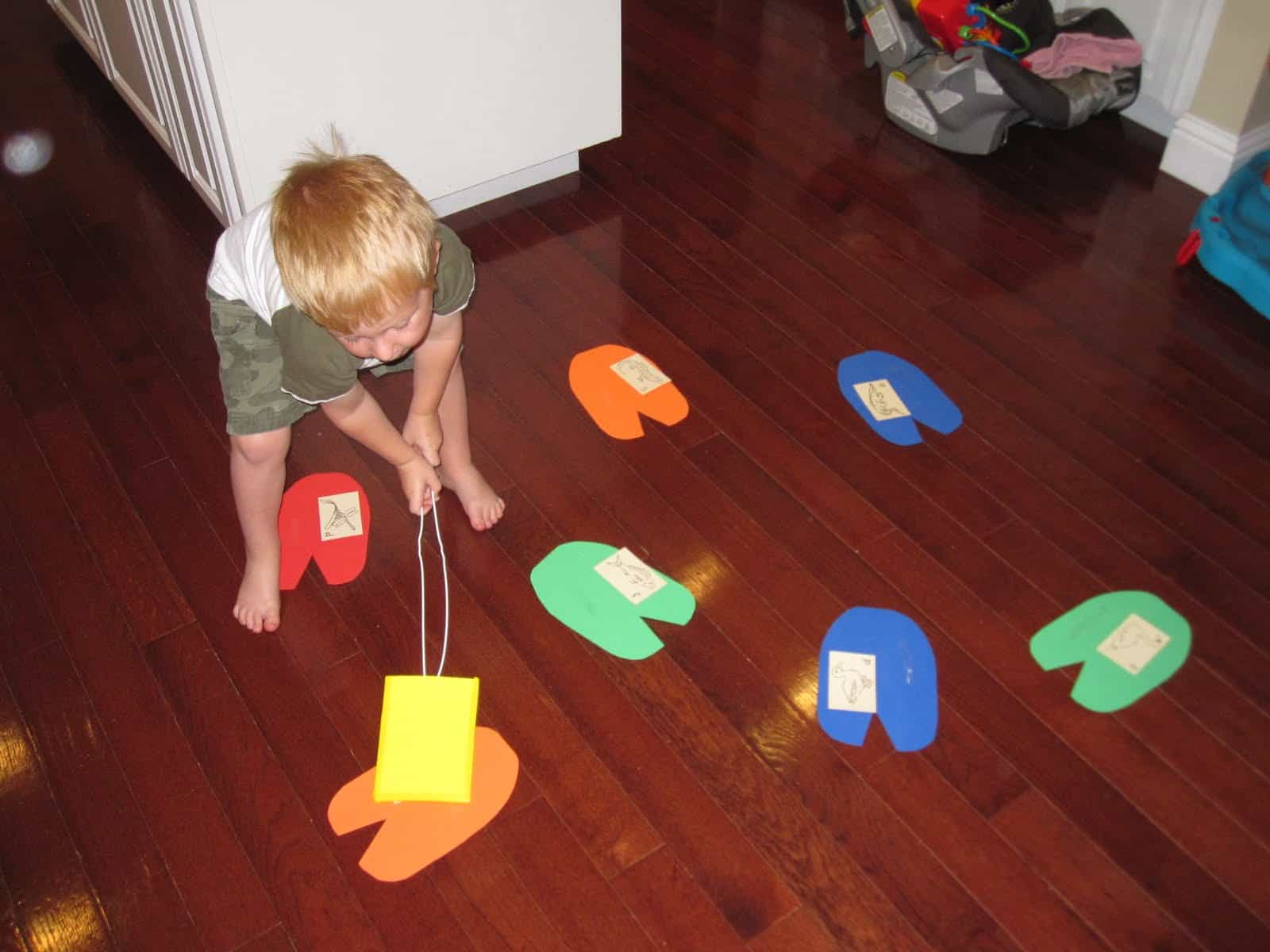 8. After you play the letter version for awhile, have your child get the next set of cards and match them to the other set. Each lily pad should then have two cards on it. 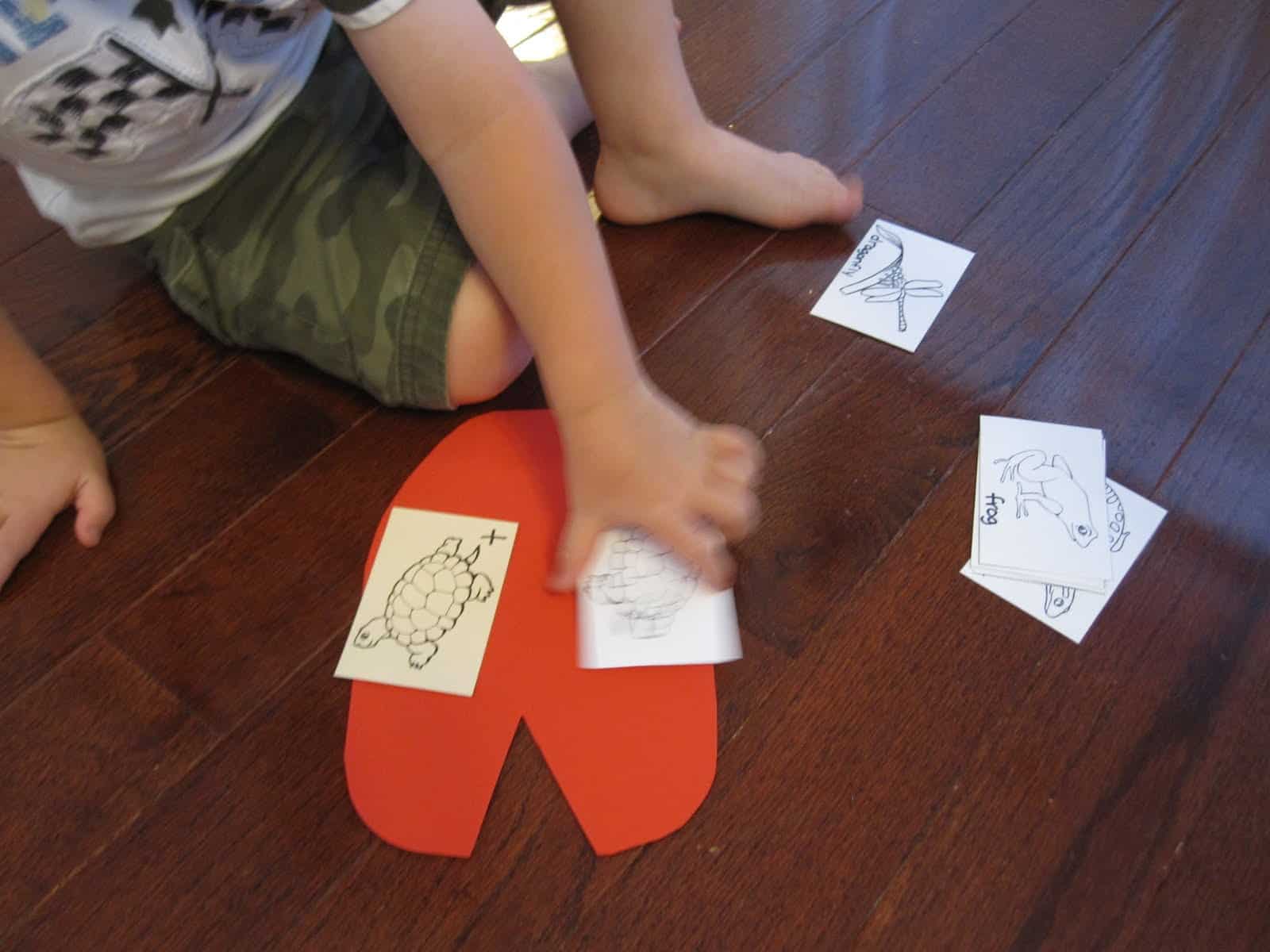 9. Have your child practice going around and swatting each lily pad and saying the letter name and animal name on each lily pad. (Ex. "T is for turtle") 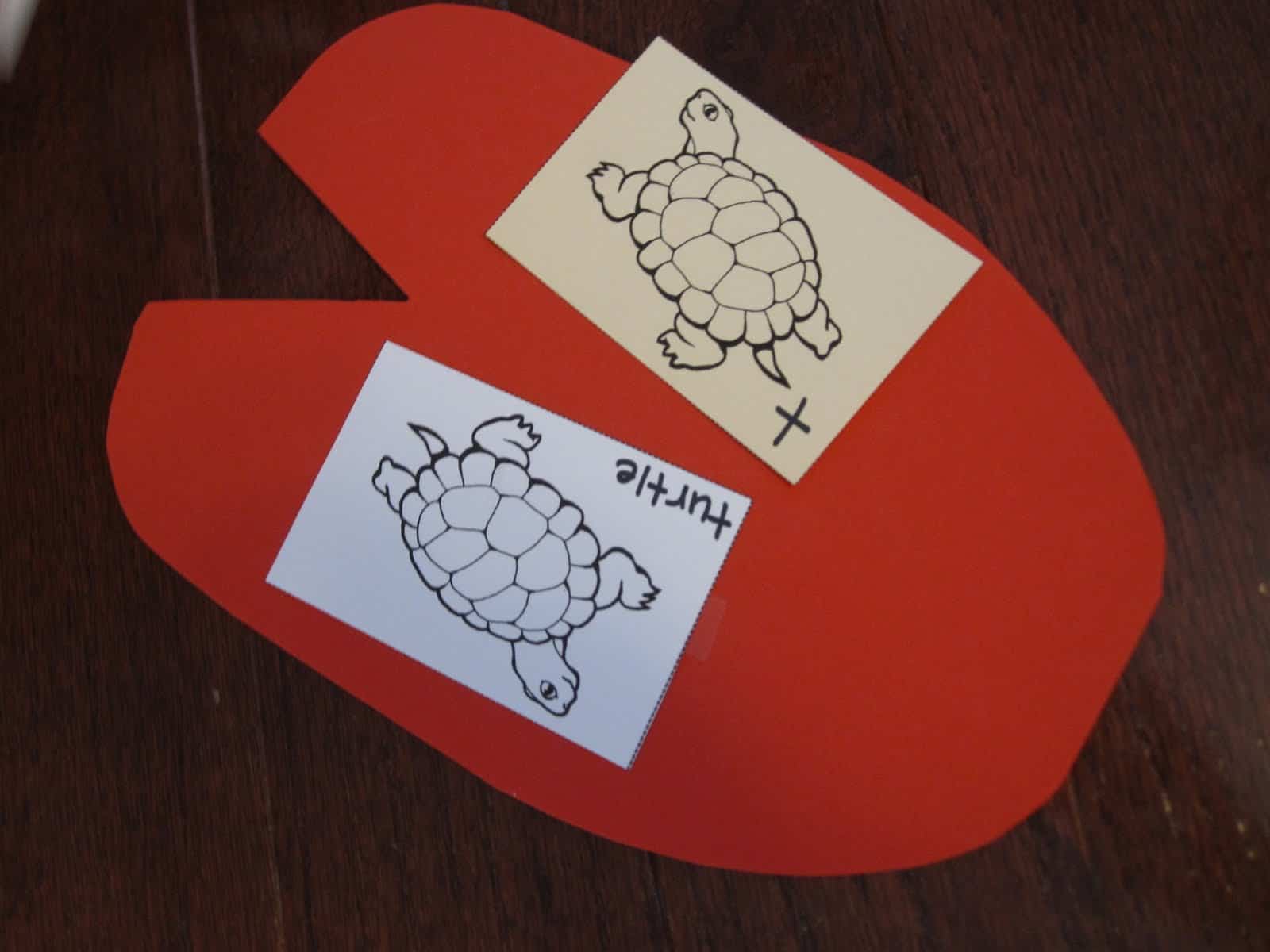 10. Mix things up a bit by working on receptive language skills (listening comprehension). Keep your questions/requests short and simple. Make them longer or more complex as your child demonstrates that he/she understands what you are saying.

"Swat the animal with wings"

"Swat the animal that has four legs"

Increase the amount of description/complexity of vocabulary you use as your child understands more.

"Swat the animal with gills and a slippery body" 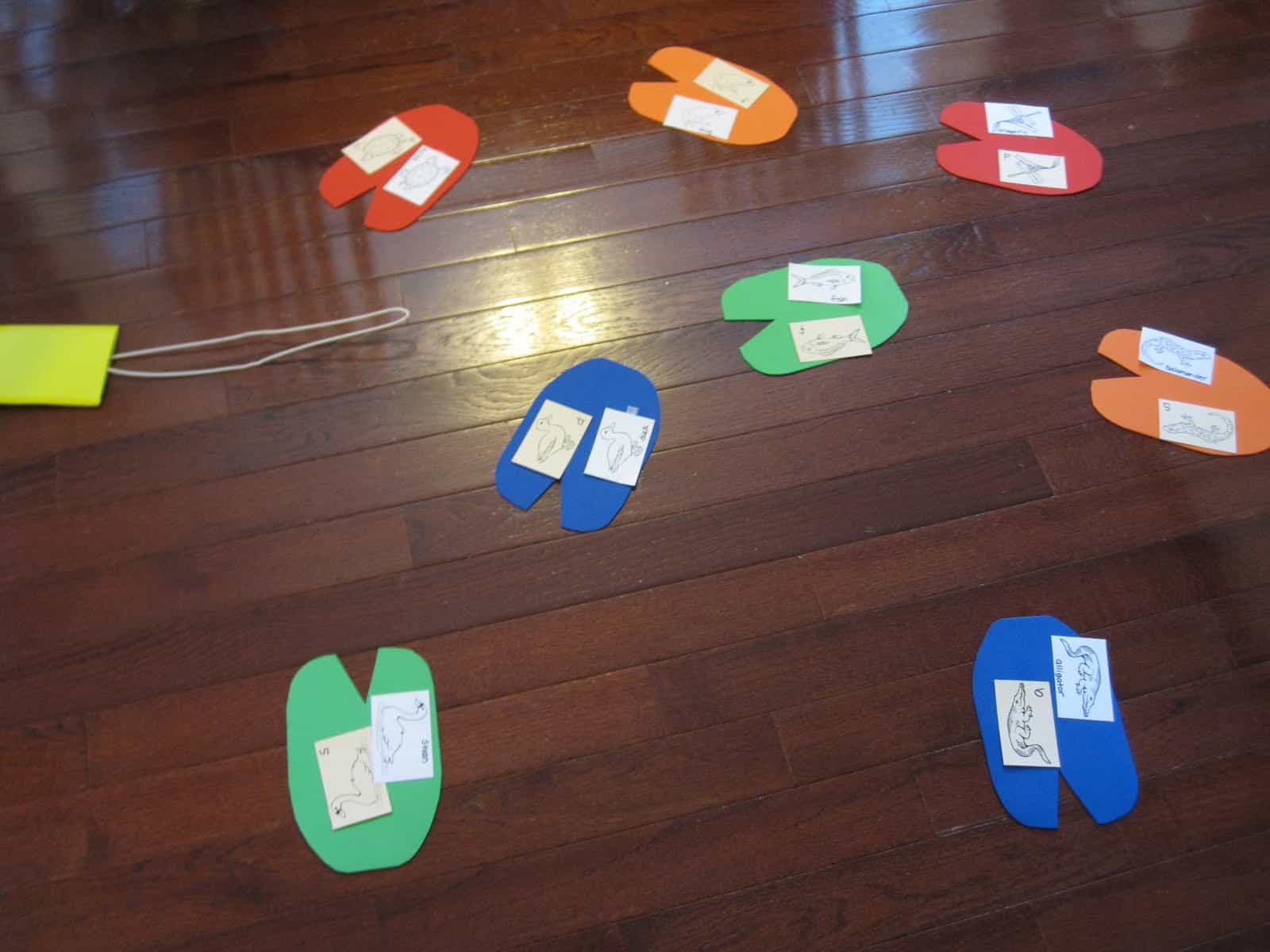 11. Switch turns and YOU become the fly swatter. Have your child work on his/her expressive language skills (ability to put words together) by ordering you around! 🙂 My son ALWAYS loves having a turn to be the teacher.

Have them move to giving more complex commands as they are able. I try to encourage my son to use at least one descriptive word in his commands.

"Swat the animal with the bumpy shell (turtle)."

Having the images visible on the lily pads makes it easier for kids to generate language. You can spend time talking about each animal and describing it... and then have them try generating a command.

Pass along any other suggestions for how you could tweak this activity! I can see how it could easily be adapted for number activities, shapes, and working on many other skills. If you try it out, send me the link so I can check out your version!