Octopus Opposites by Stella Blackstone and Stephanie Bauer is a new book at our house and we love it! I especially love the illustrations. They are beautiful! 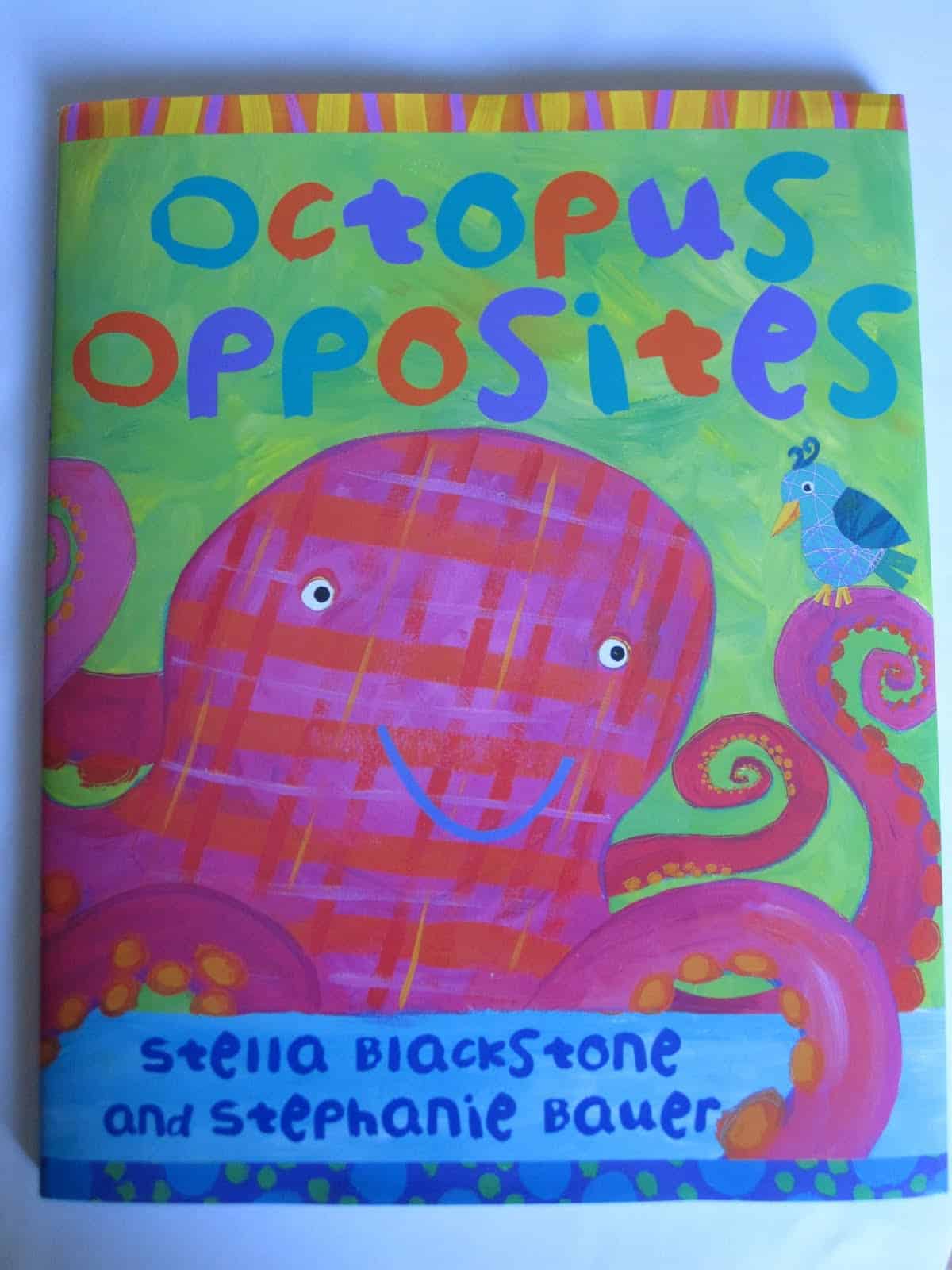 I thought this was the perfect book to kick off our Under the Sea Camp Mom Session! I love how it talks about a variety of ocean animals (and some other non-ocean animals too). Today we decided to make an octopus using a few things we had lying around. After finishing it, I think it looks more like a jellyfish (other than just having 8 arms), but oh well!

Materials Needed: cellophane party bags (I only had a clear... another color would be better to use if you have it lying around), scissors, cheerios, glue, pom poms, tongs (or something else like them), baskets for sorting, ribbon, Sharpie markers, and googly eyes.

1. Cut 8 strips around the top of the open part of the cellophane bag to create 8 legs.

2. Choose what color you want your octopus to be (my son wanted a pink and white octopus and a blue and white on).

3. Use your tongs to move the pom poms of your desired color, into another little basket/container. 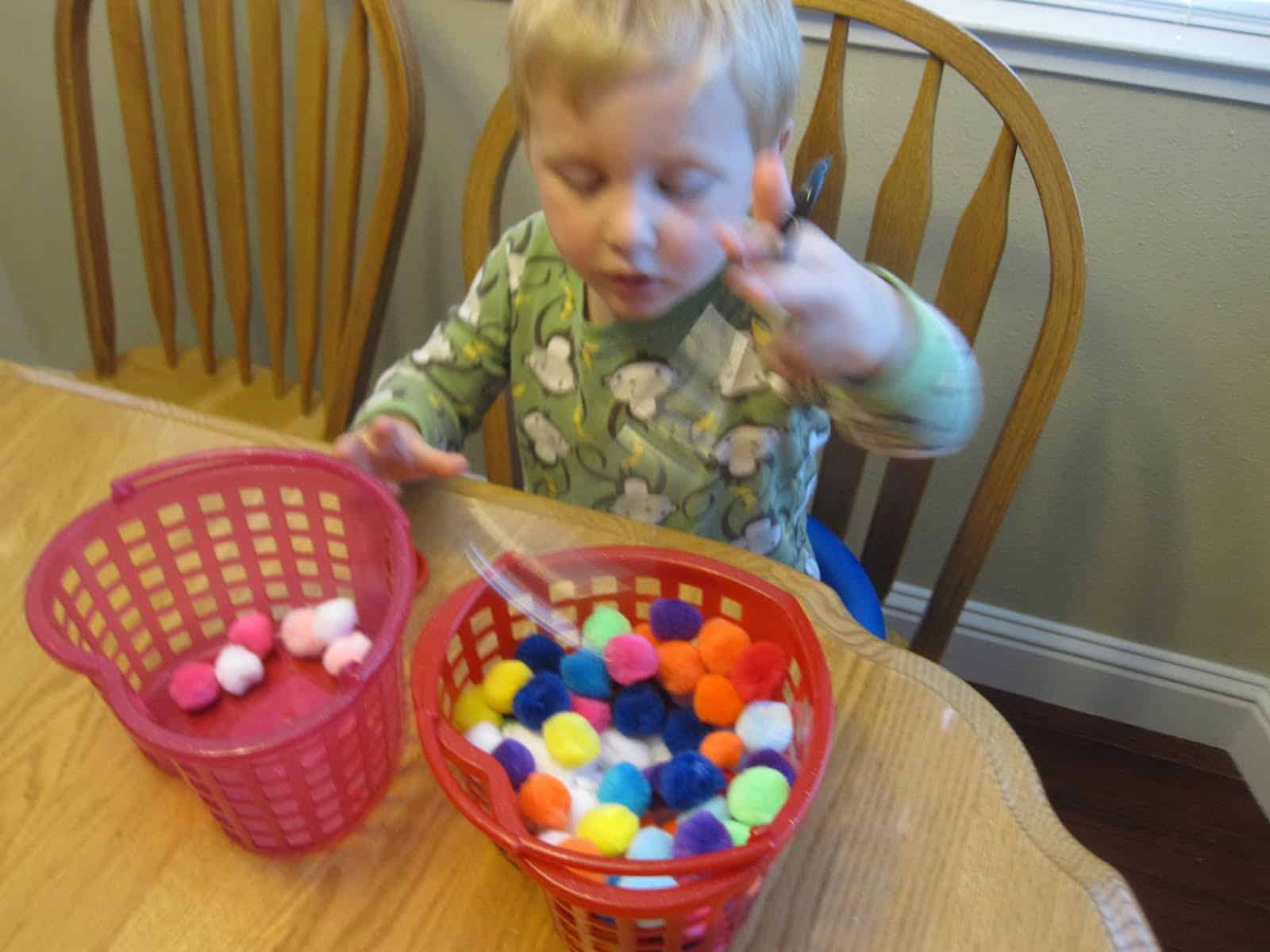 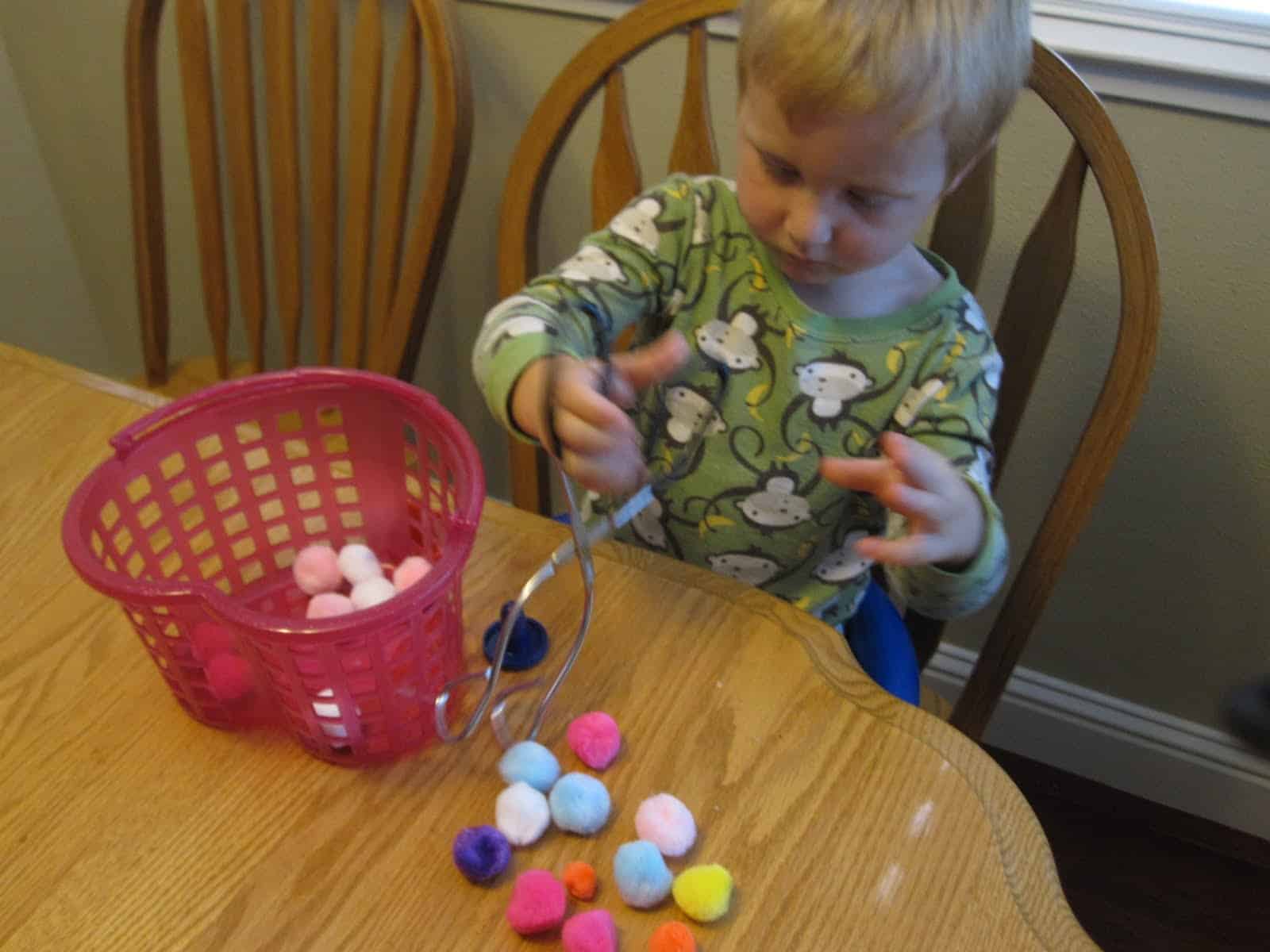 4. Use the tongs to then put the pom poms into the cellophane bag (an adult can hold the bag open). 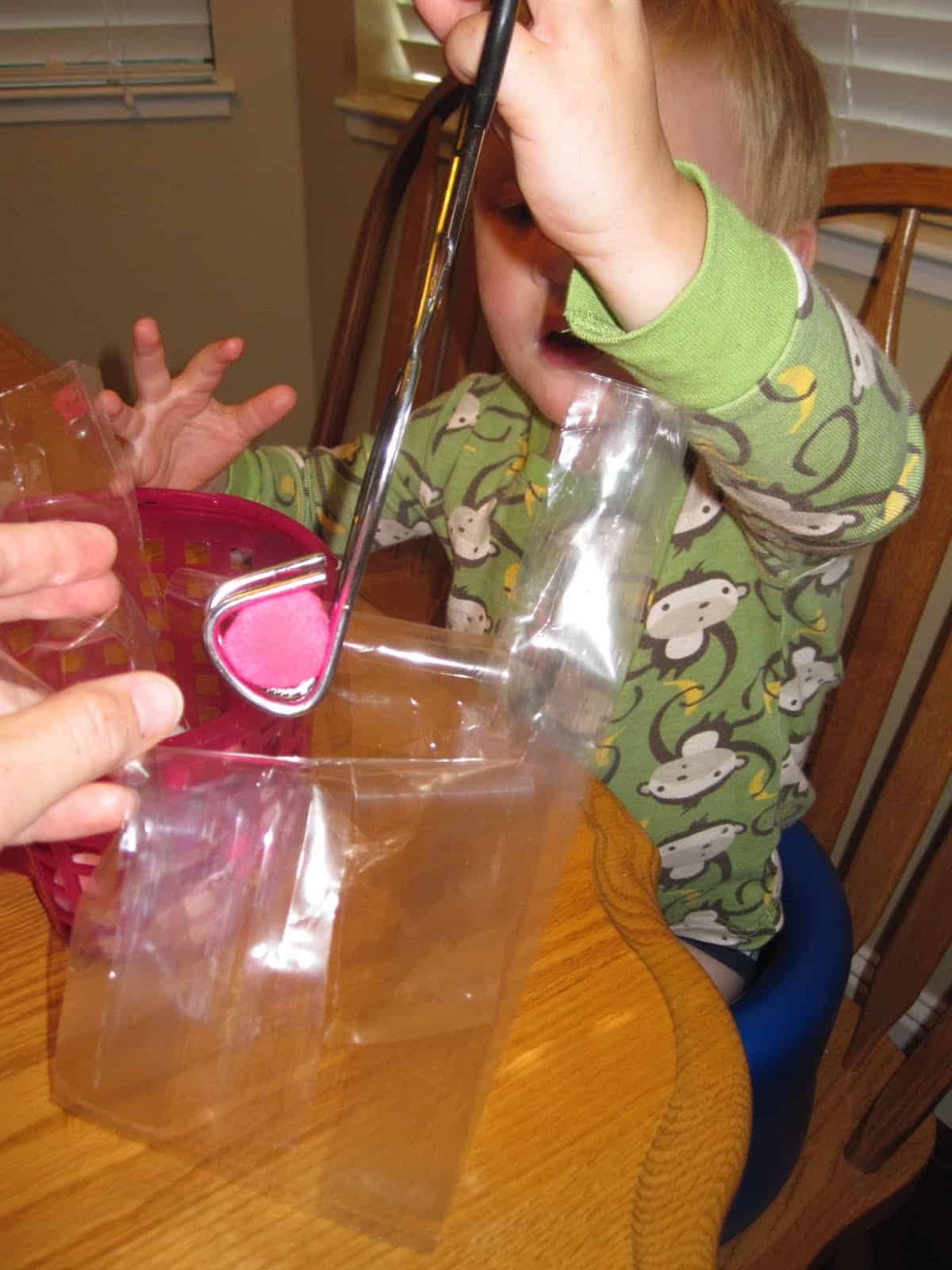 5. Tie a ribbon or twistie around the cellophane bag to make the octopus's head. 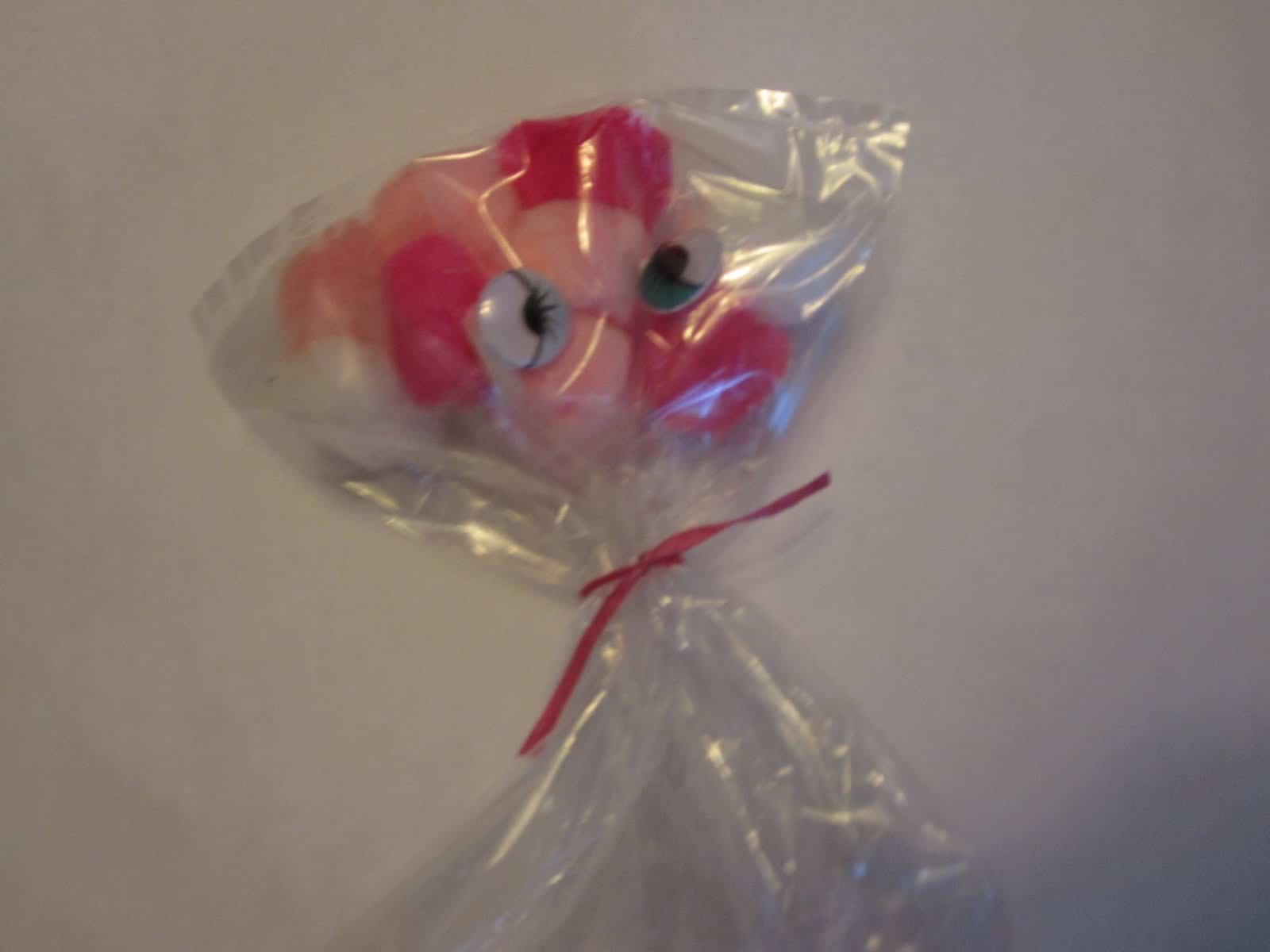 7. Use a Sharpie to draw suction cups on the 8 arms 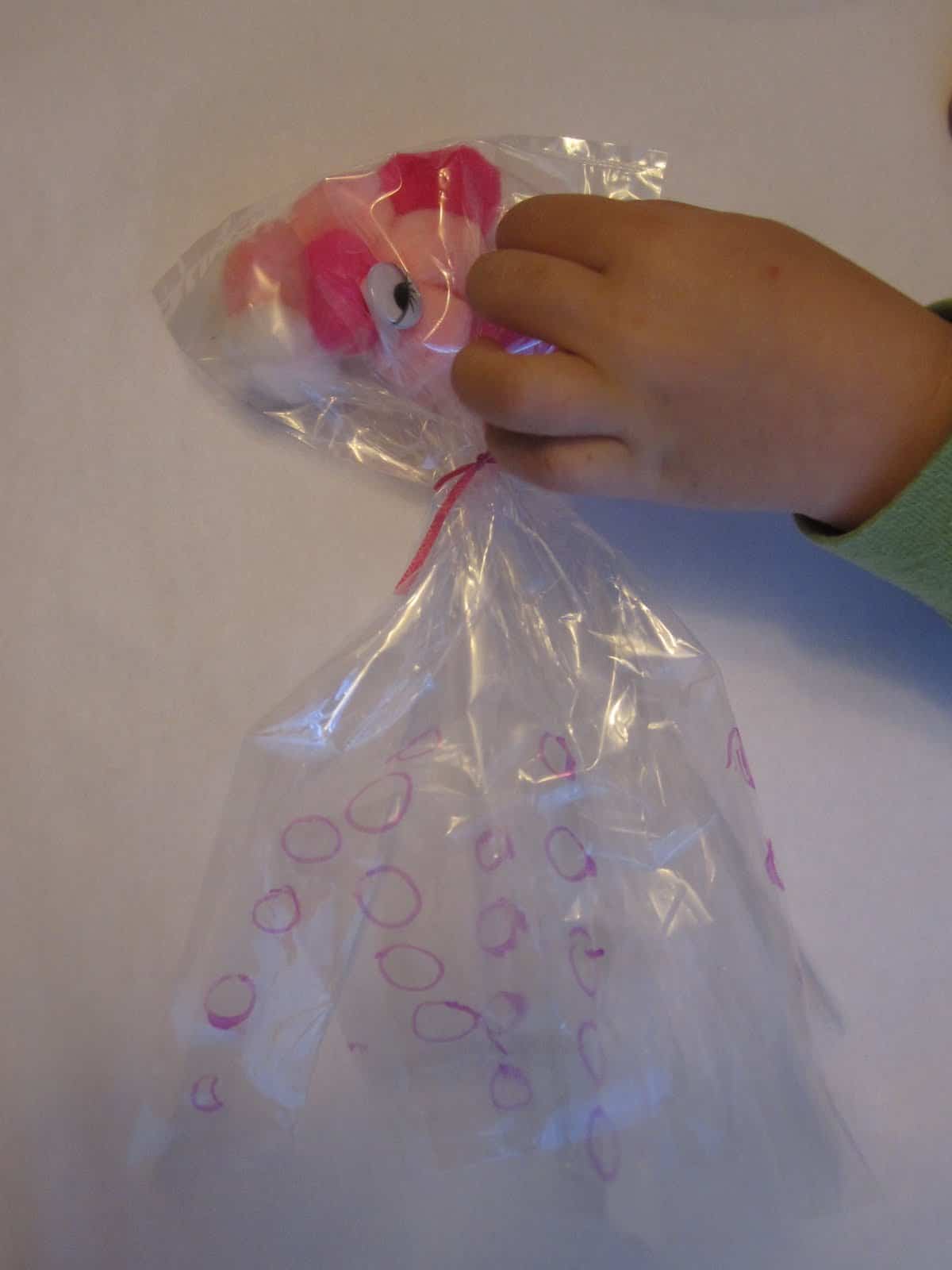 8. Glue some cheerios onto the colored suction cup outlines to add some texture to your octopus's arms. 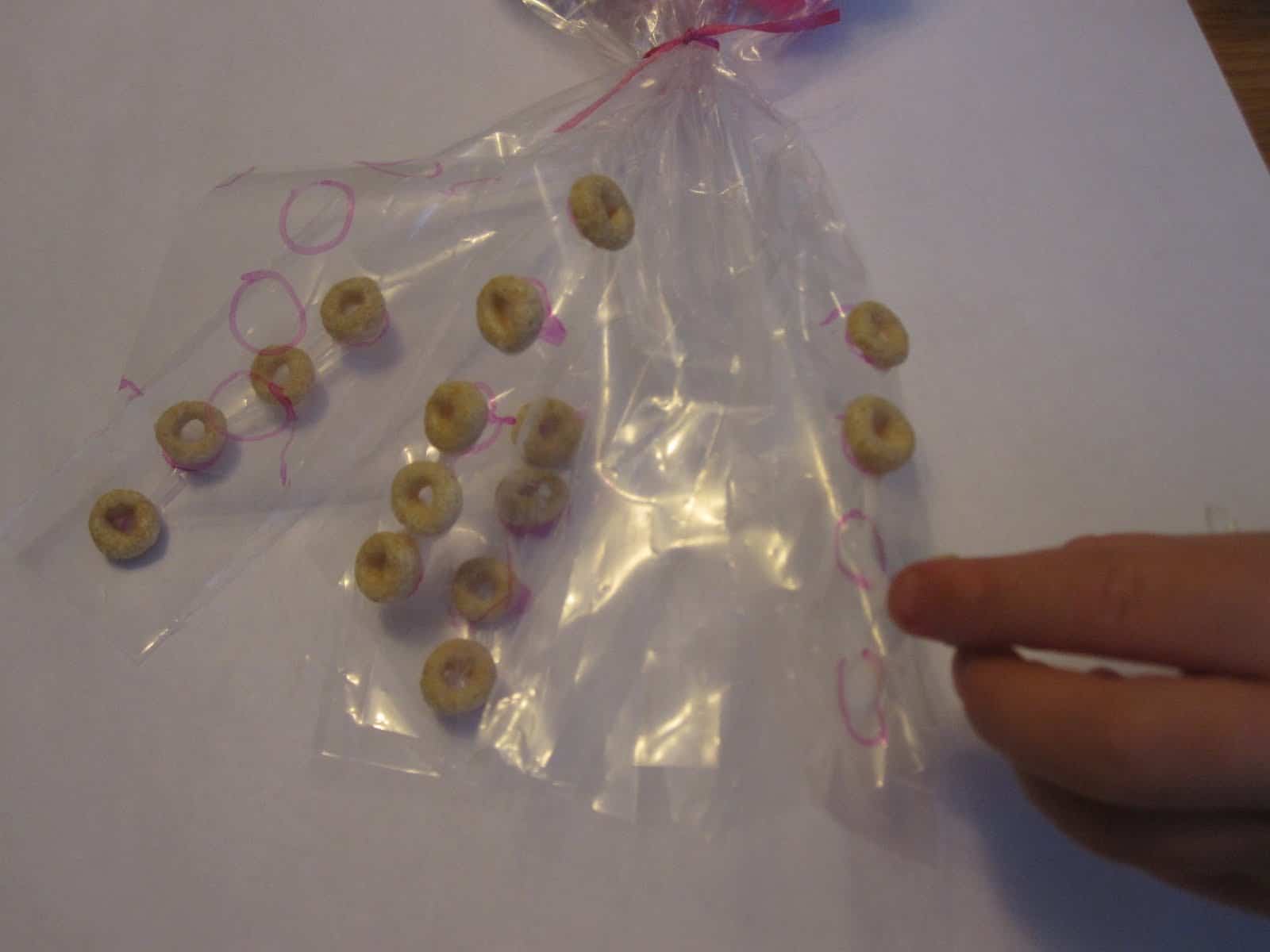 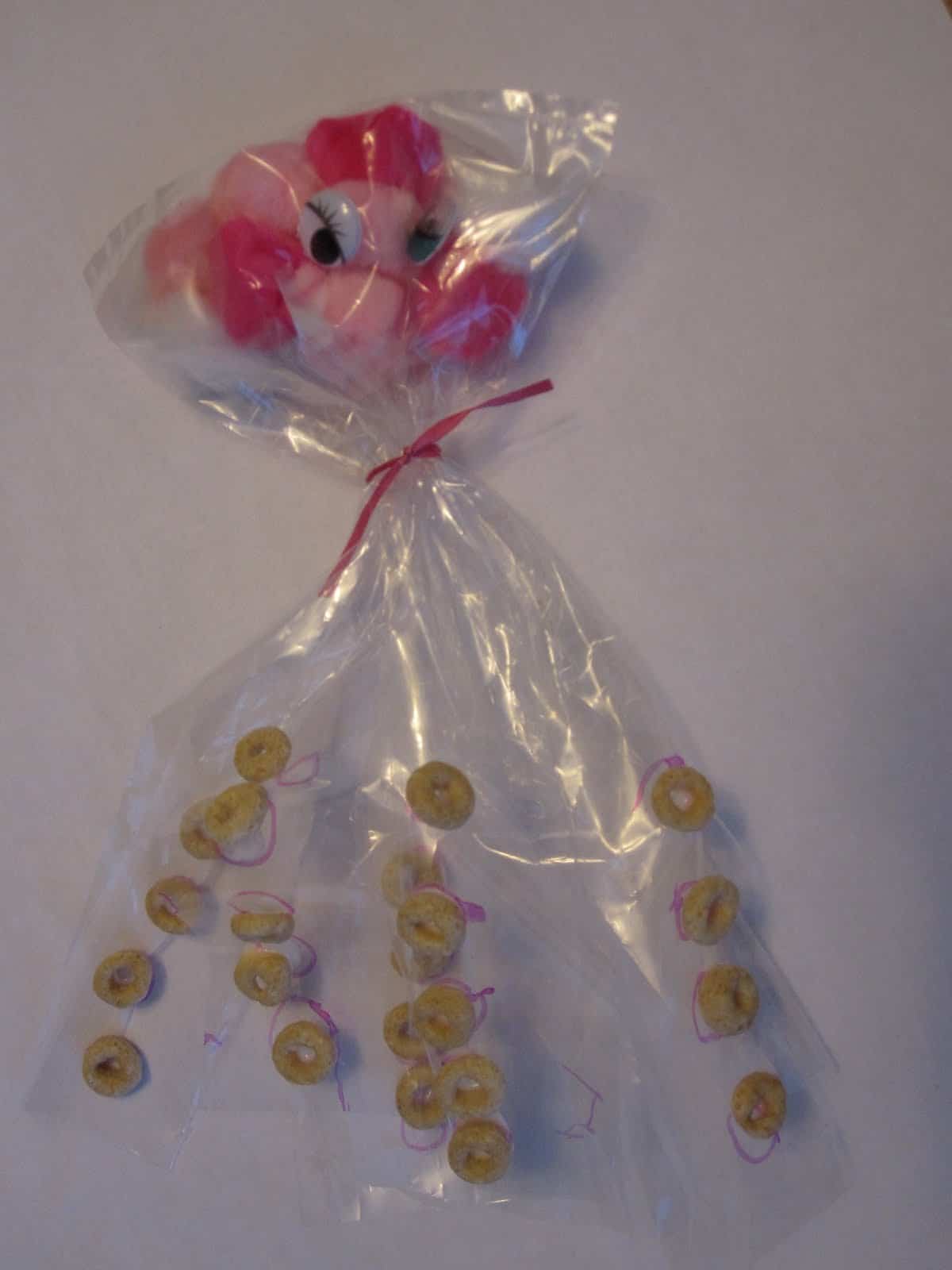 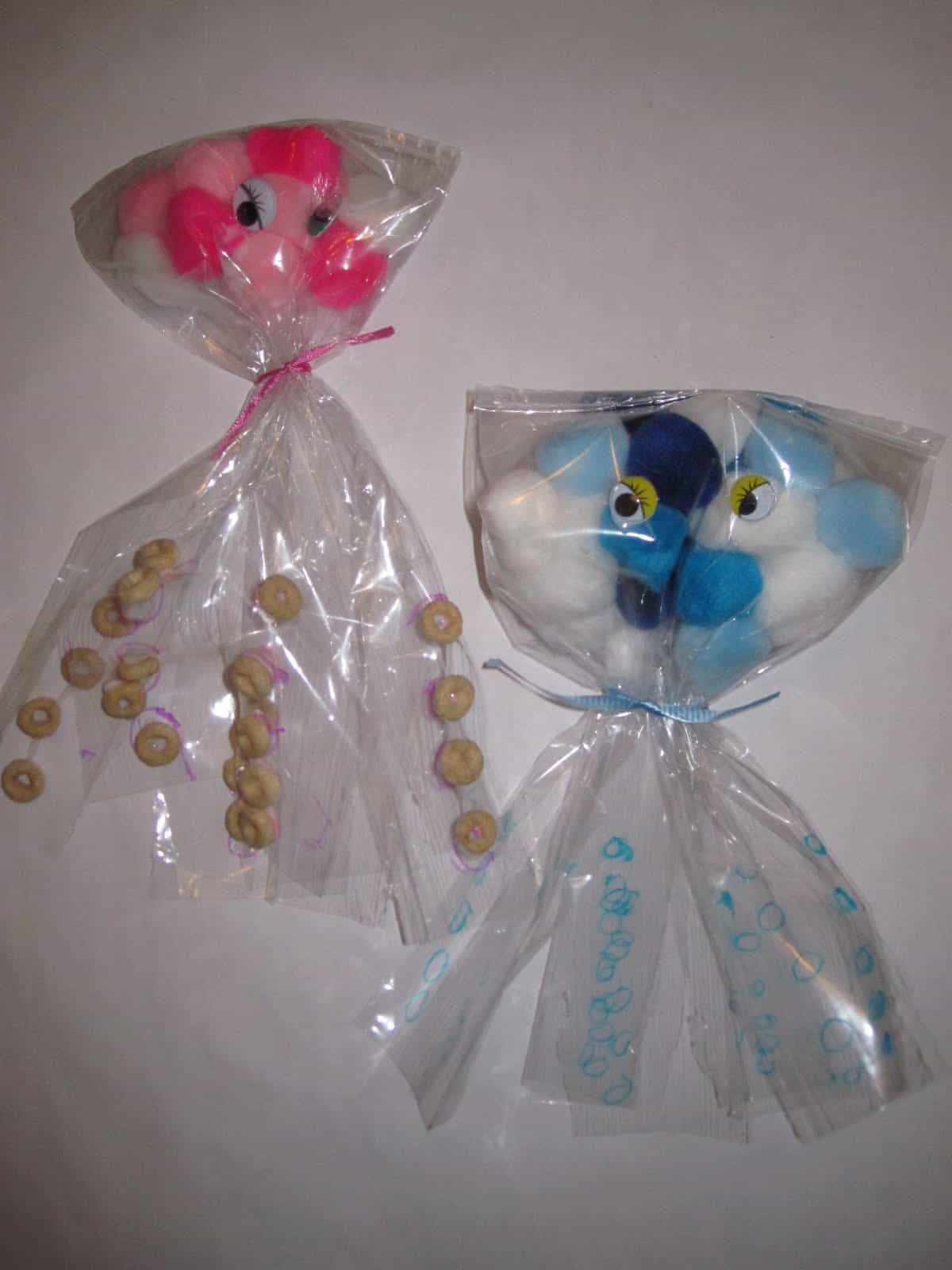 You can read some basic facts about octopus here with your little one.

I also enjoyed reading about the Giant Pacific Octopus because I am hoping to go see it at the Monterey Bay Aquarium later this summer.

Skills we worked on during this activity:

- counting (we counted how many pom poms we put in each octopus... we also counted the octopus arms- there are 8!)

- talking about colors, shapes, sizes, other details (the vibrant illustrations in the story lend themselves to lots of conversations)