Our letter P filled day has come to an end... but I just had to share one last activity (my son's favorite one)... pelting pies! 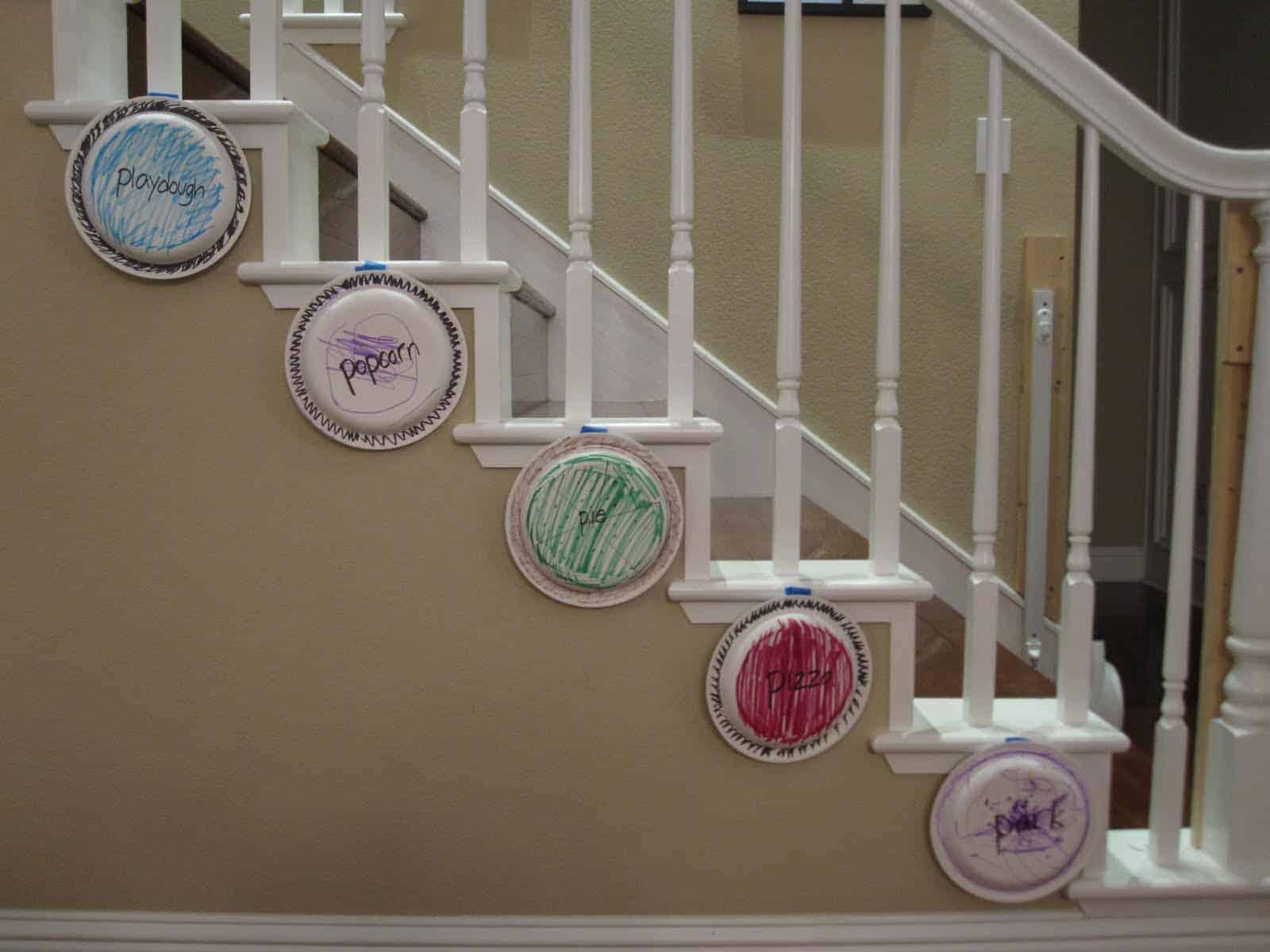 We colored several paper plates to look like pies (a kid-version... with some sort of filling and crust). Then we talked about our favorite words that started with the letter P... and wrote them on our pies. 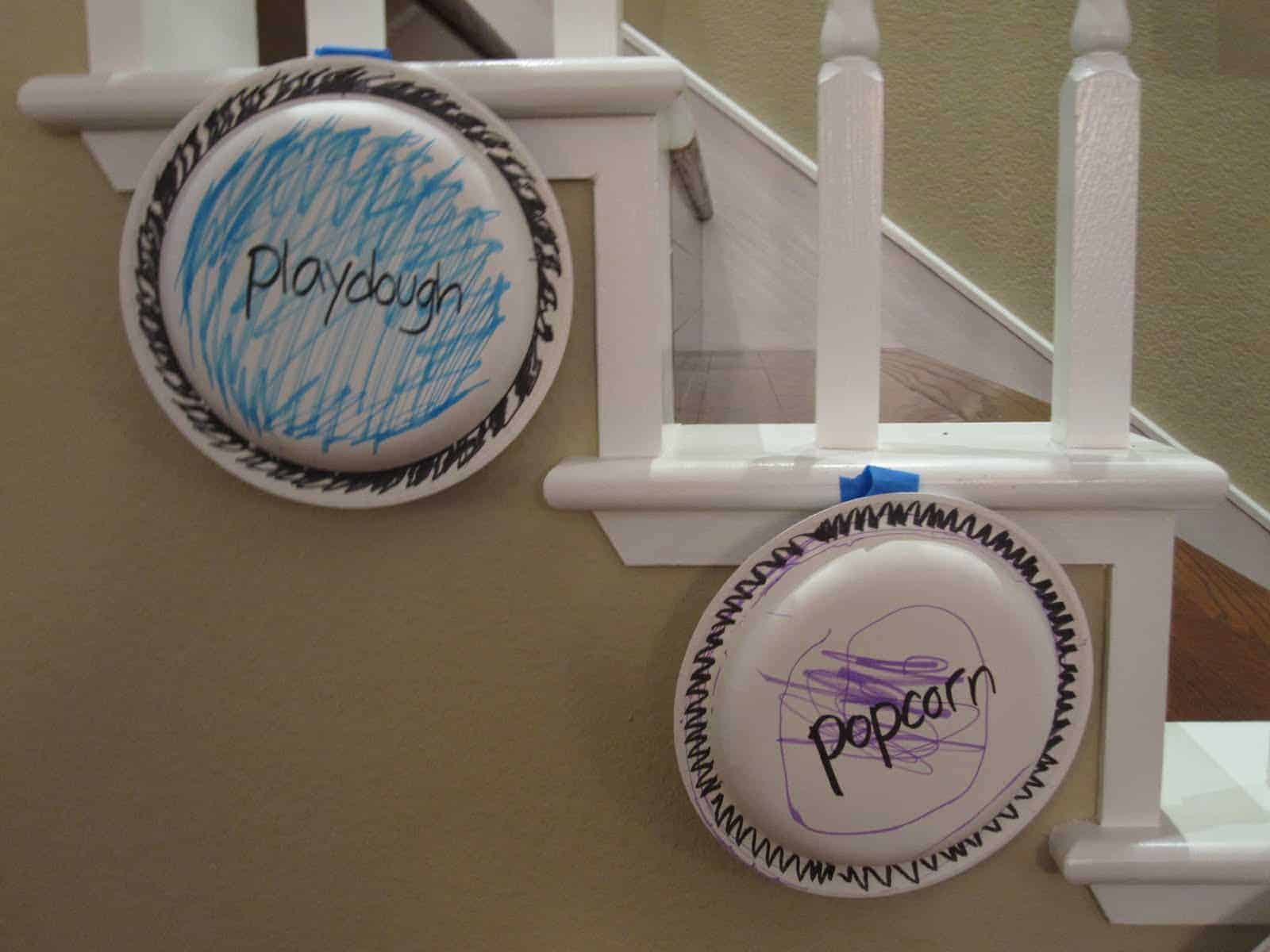 Next, we hung up our pies with some painter's tape and grabbed a few soft balls (of varying sizes)... 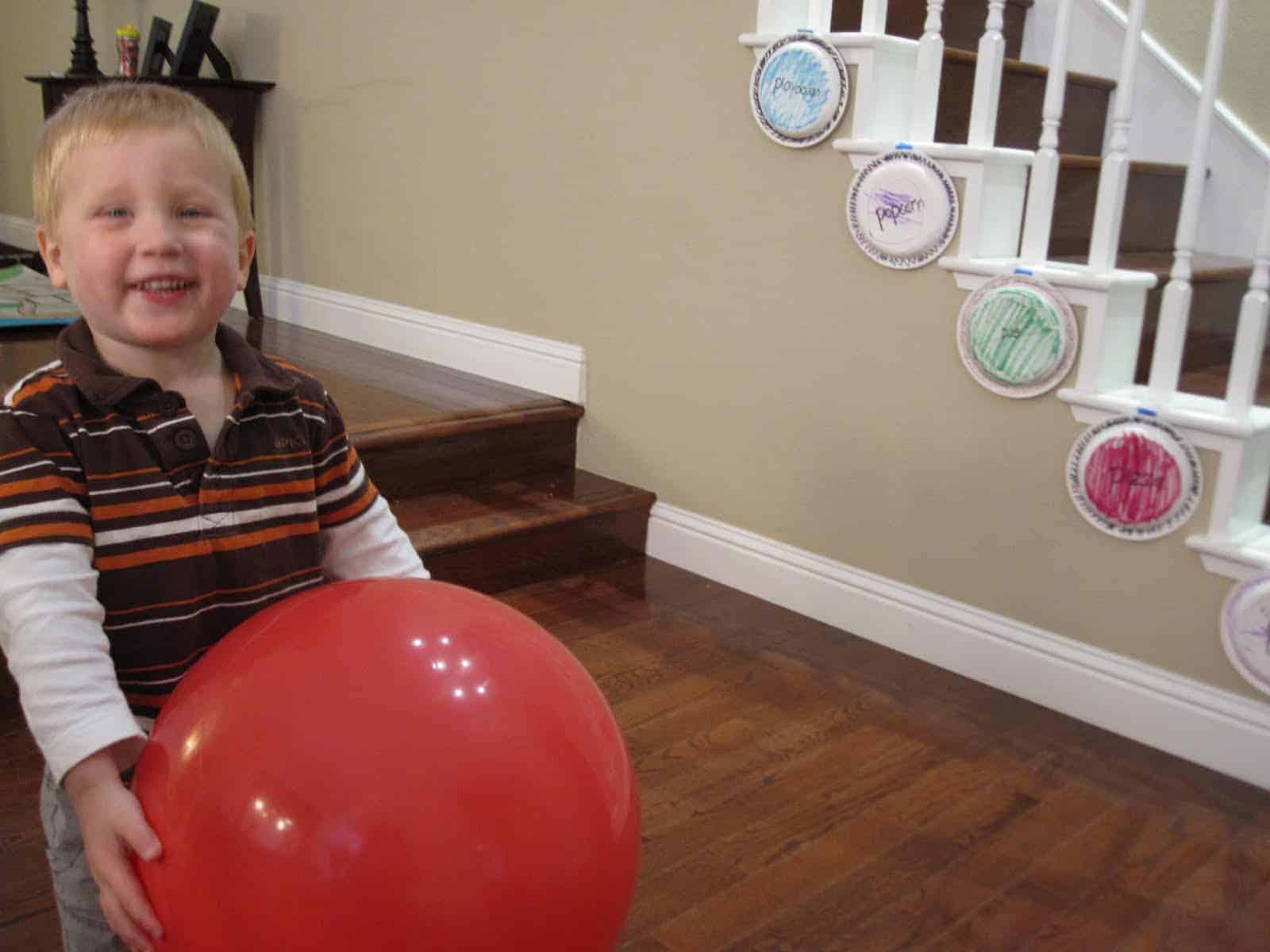 And then we started pelting the pies until they started falling down! We would say which pie we were aiming for ("I'm going to hit the pizza pie"... or the "pie that says park on it"). 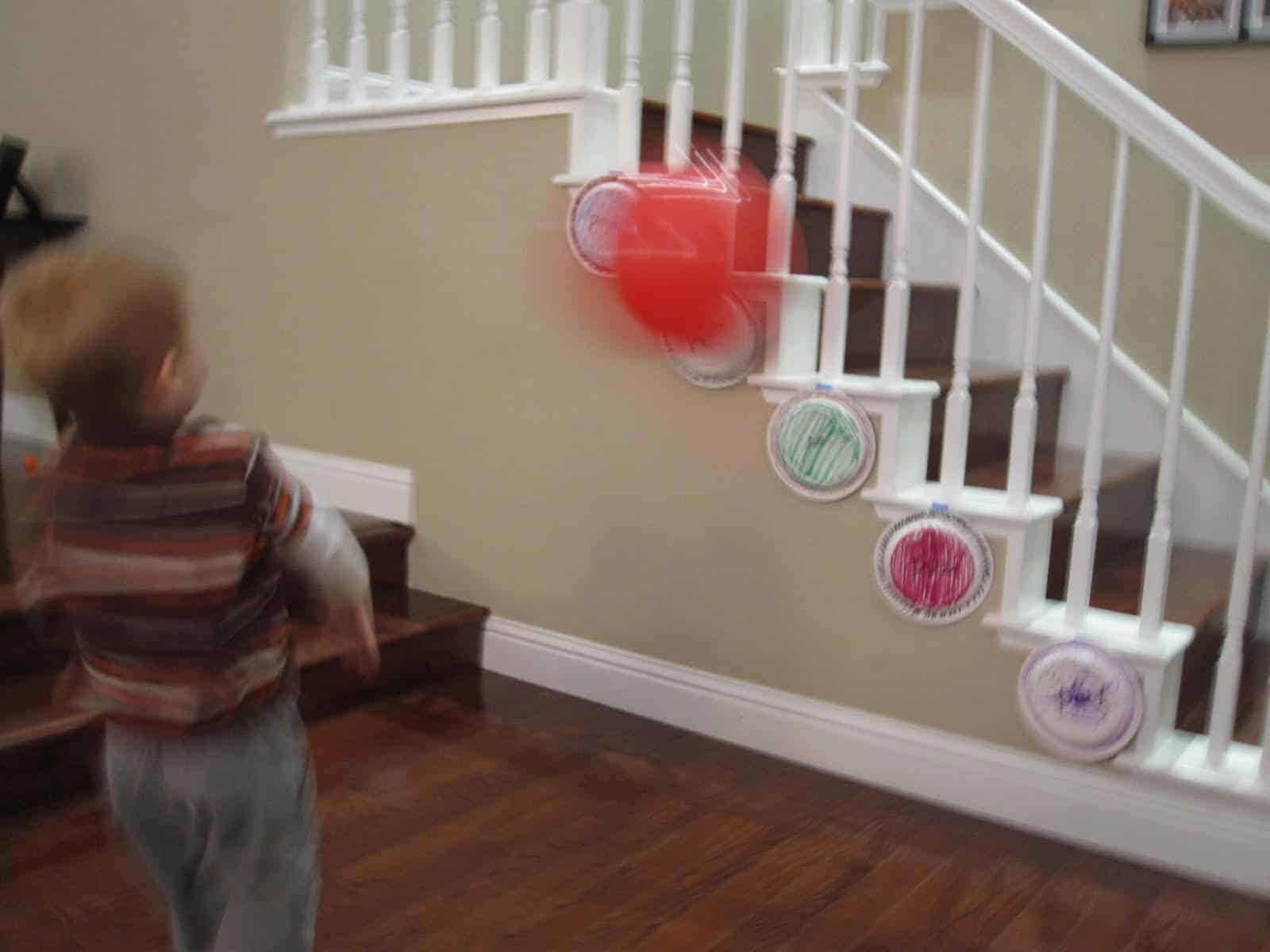 Sometimes I told my son which pie to aim for... sometimes he told me which word he wanted to hit... either way, we practiced aiming, throwing, and using our memories a bit to remember the words on the paper plates. 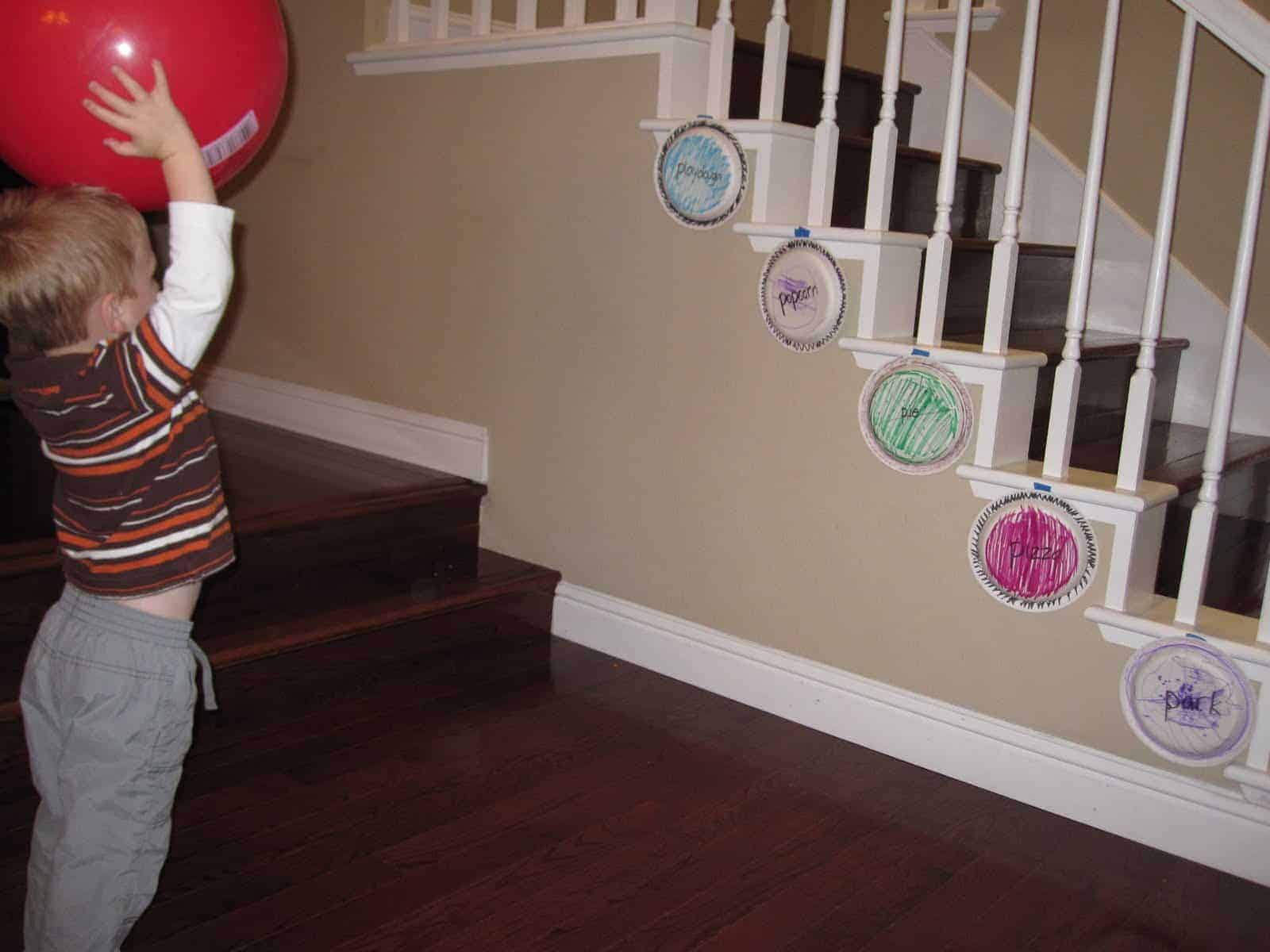 For dinner we made pizza with pizzaz 🙂

(tortilla, pasta sauce, cheese shaped like the letter P... and then baked in the oven) 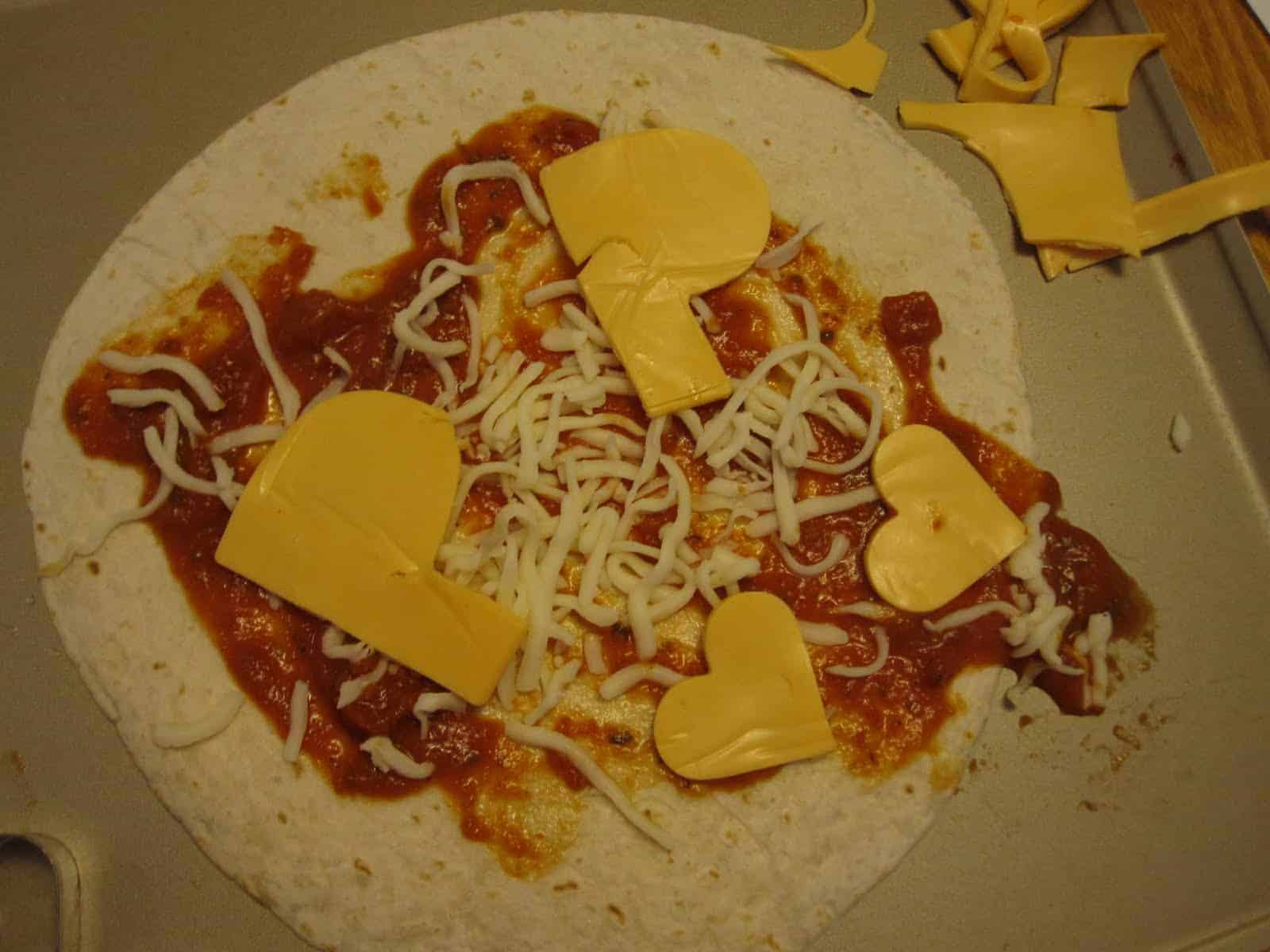 It didn't look appetizing to me... but using cookie cutters to make dinner is one way to get my little guy to eat something (anything), so we tried it... and he did eat maybe 7 bites, so that is progress.

That is the end of letter P day! We didn't get to do everything I wanted to try... but we definitely made a dent in my letter P list.