This morning I tried to coax my son to watch some TV so that I could just relax and drift back to sleep on the couch. The baby decided to nap longer than I thought she would so we had some unexpected free time together. Instead I heard, "I want to do a project, mom!" My response, "Really? Don't you want to watch the Cat & the Hat? It is on right now" (I'm a super mom, right? ;)). "No! I want to do a ladybug project" was the response.

Alrighty, well this was what I came up with. He said he wanted stickers and ladybugs... so I turned his idea into a counting activity. Very simple, using notecards and other things lying around. It was surprising how much he loved it and how long it sustained his attention. 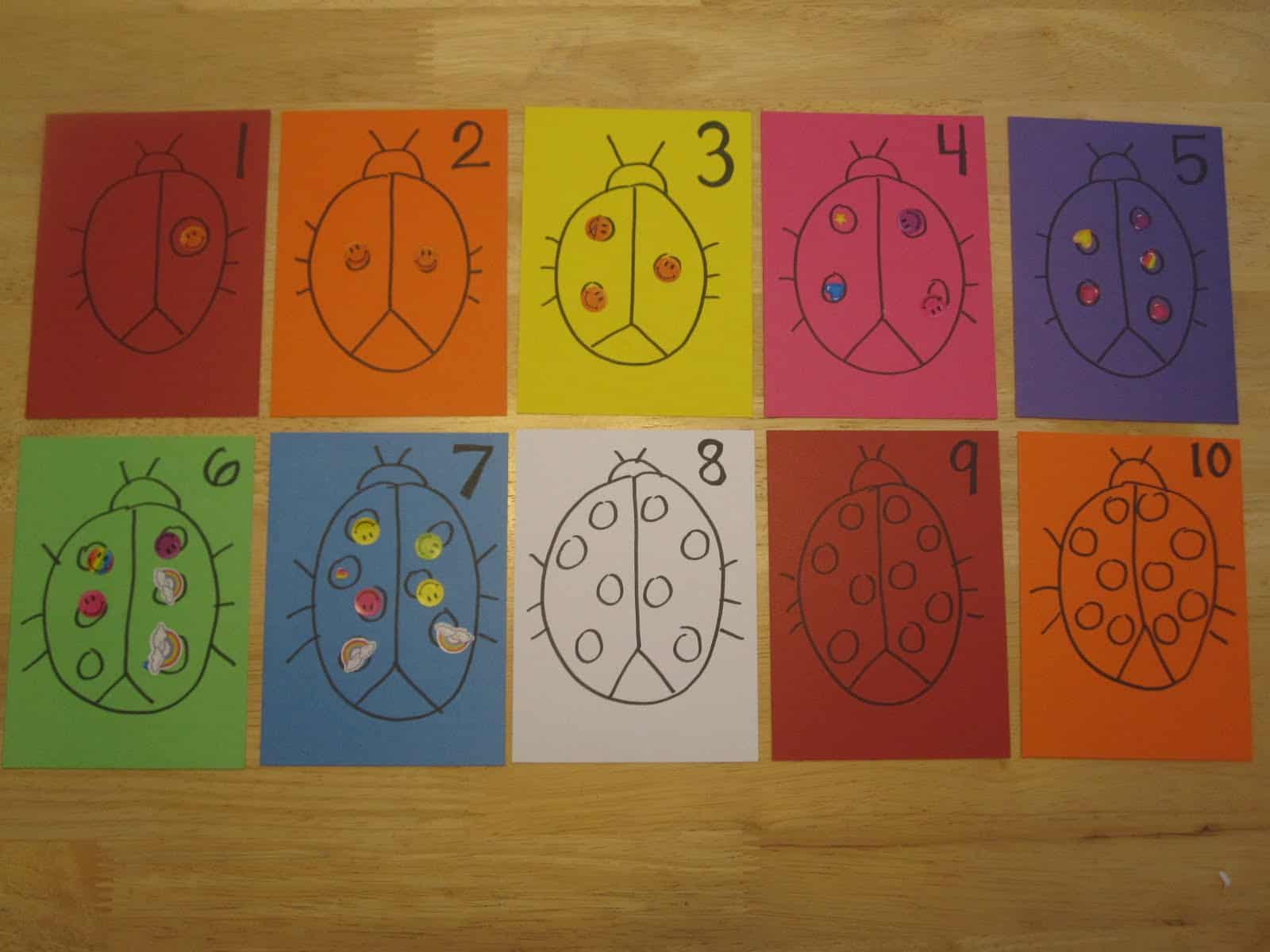 - black marker (or any color) 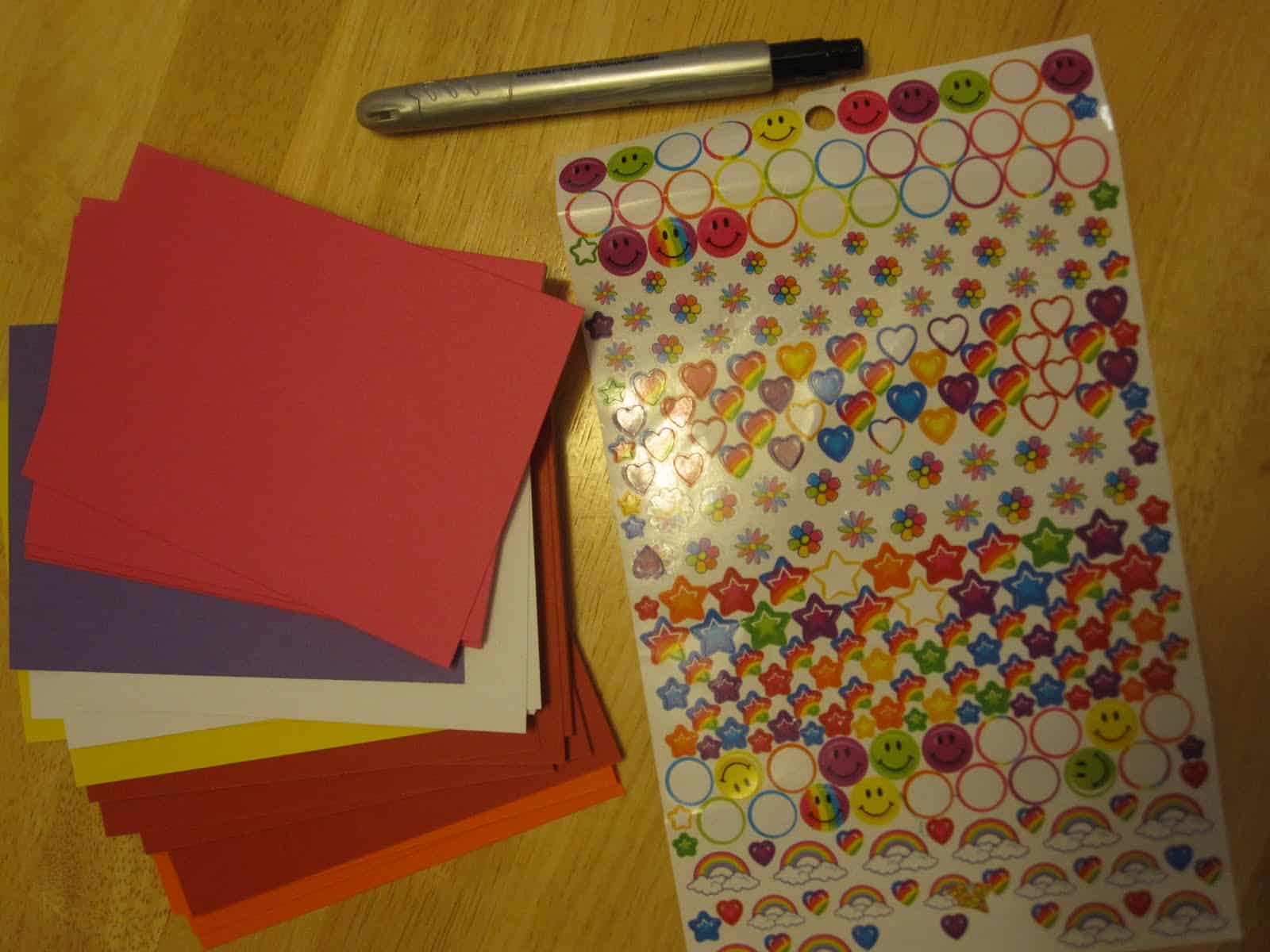 1. Draw a simple ladybug design on each card (I drew ours as we went along.... you'll notice they get messier and messier because by the end I was holding the baby in one arm and drawing with the other).

My son told me that ladybugs don't have antennae. We looked it up (easier than trying to argue with him), they actually do... and they have 6 legs. Googling it and counting together is always more fun than trusting mom. 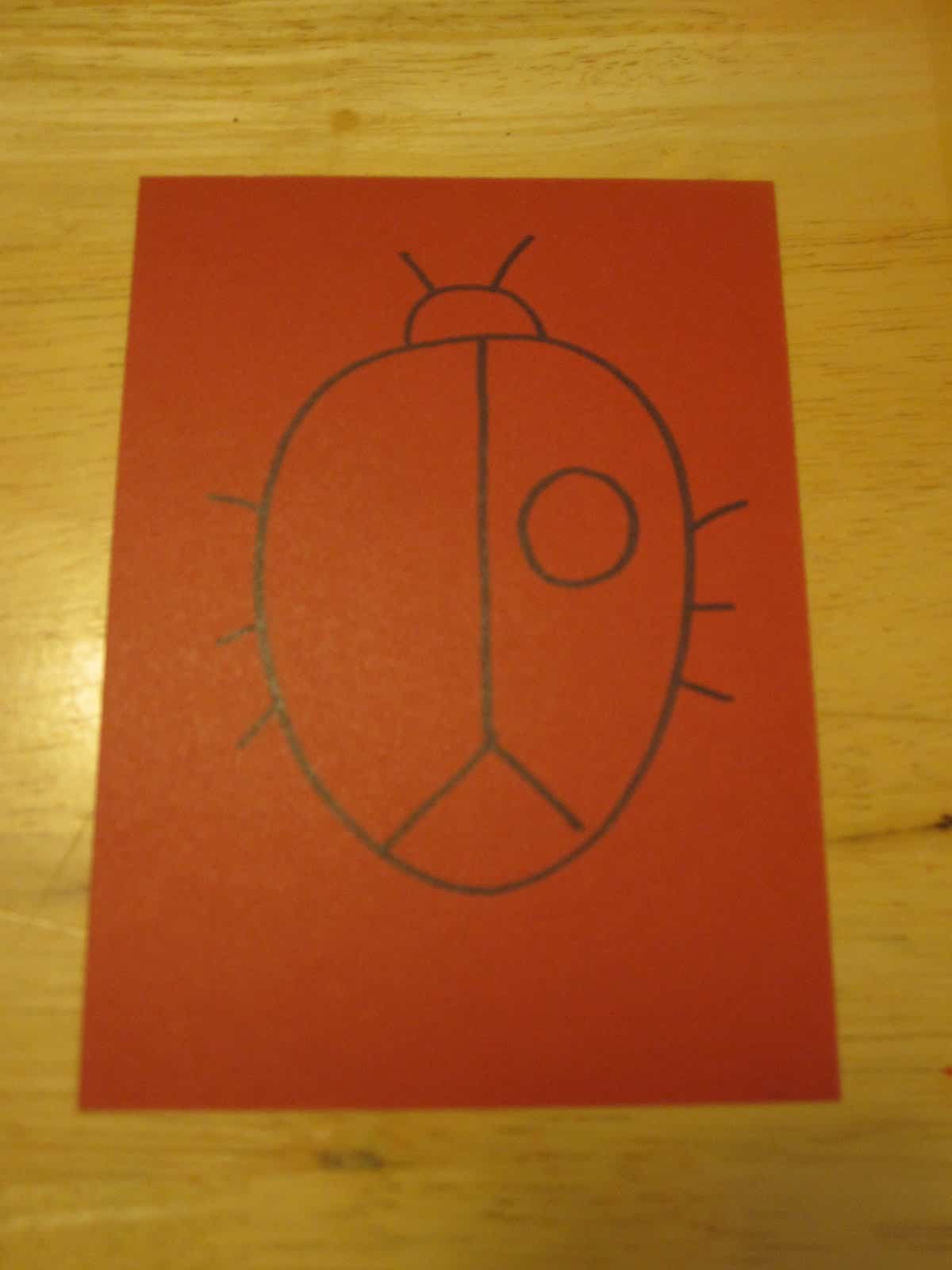 3. Count the spots together. I always have my son count them first (so I can see how his counting skills are progressing. Today he did 1-7 independently). If he counts incorrectly I don't say, "that's wrong"... I say, "let's count them again together" and then I point at the dots while he counts. Usually that corrects the problem because typically his fingers don't move as quickly as he counts and he double-counts a spot. If he is still getting it wrong, I model the counting (while pointing) for him and then we do it a second time together... then if he's still interested, I let him try again by himself.

4. After we are done counting the spots, we write the number of spots on the top of the card and read the number. 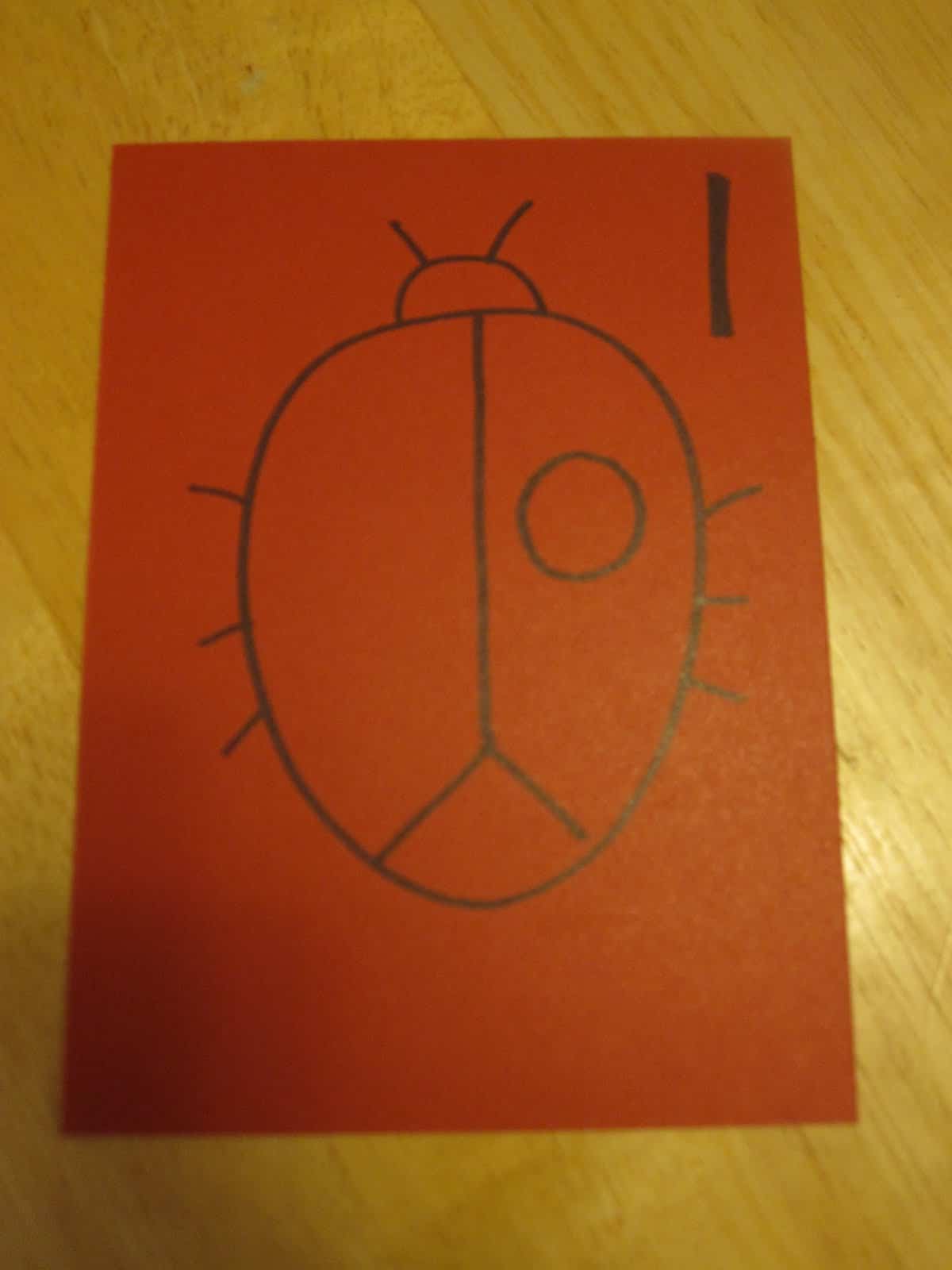 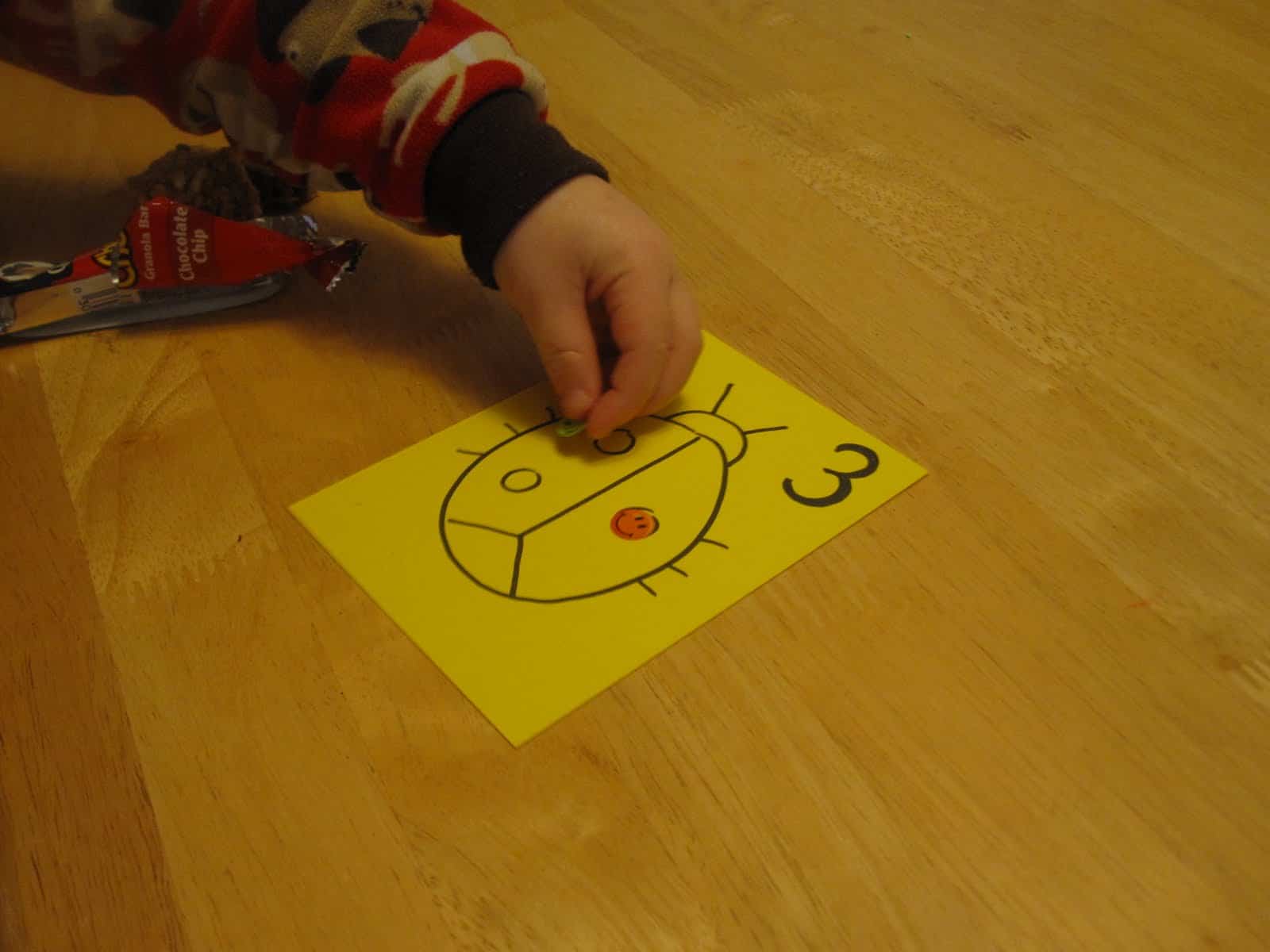 When we are counting I try and encourage my son to touch each spot as he counts since we are working on 1:1 correspondence. 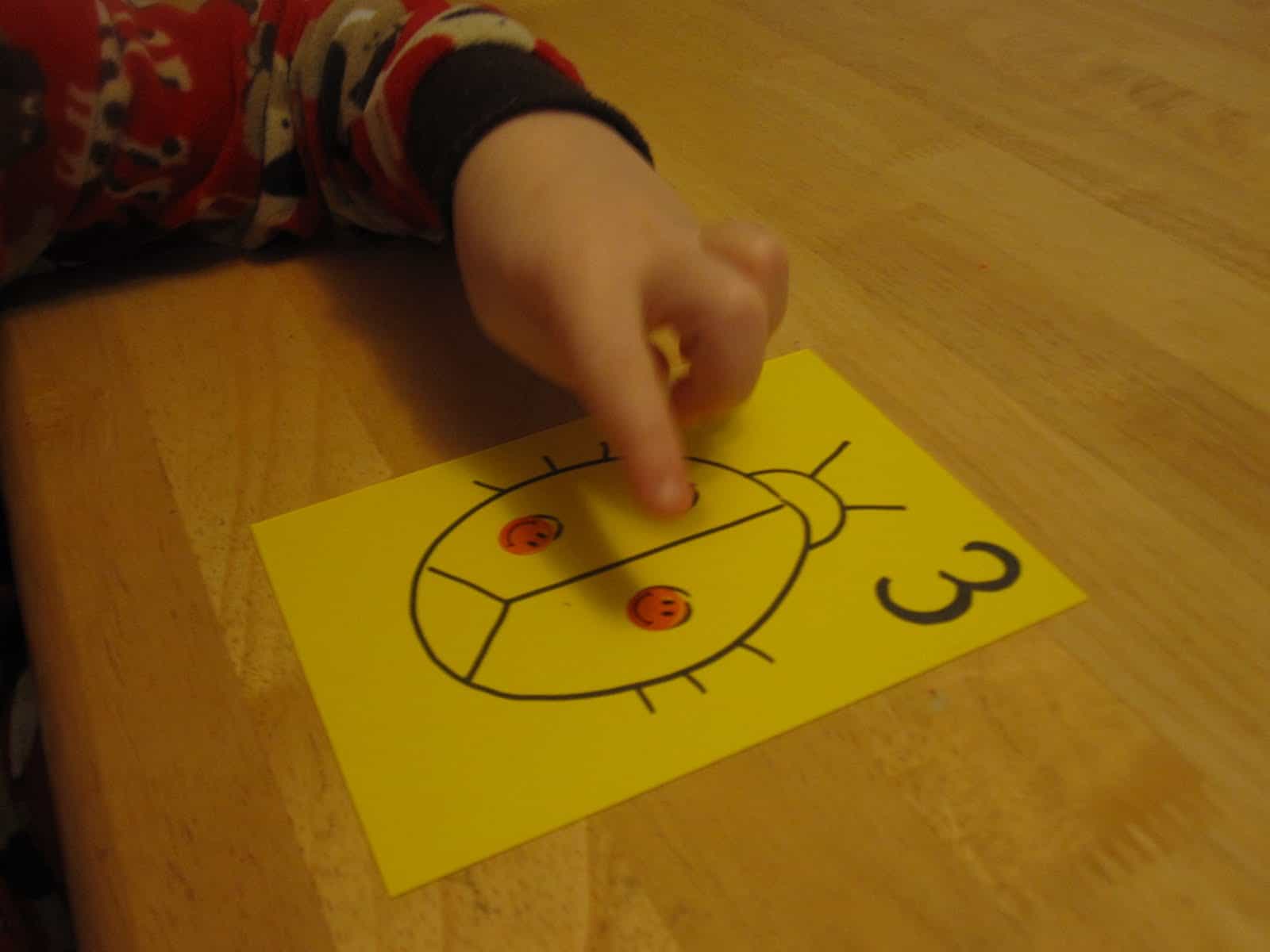 Taking stickers off the sheet all by himself was also great fine motor activity, so it was fun helping him practice that skill today too. He loved having the freedom to pick from the variety of stickers. 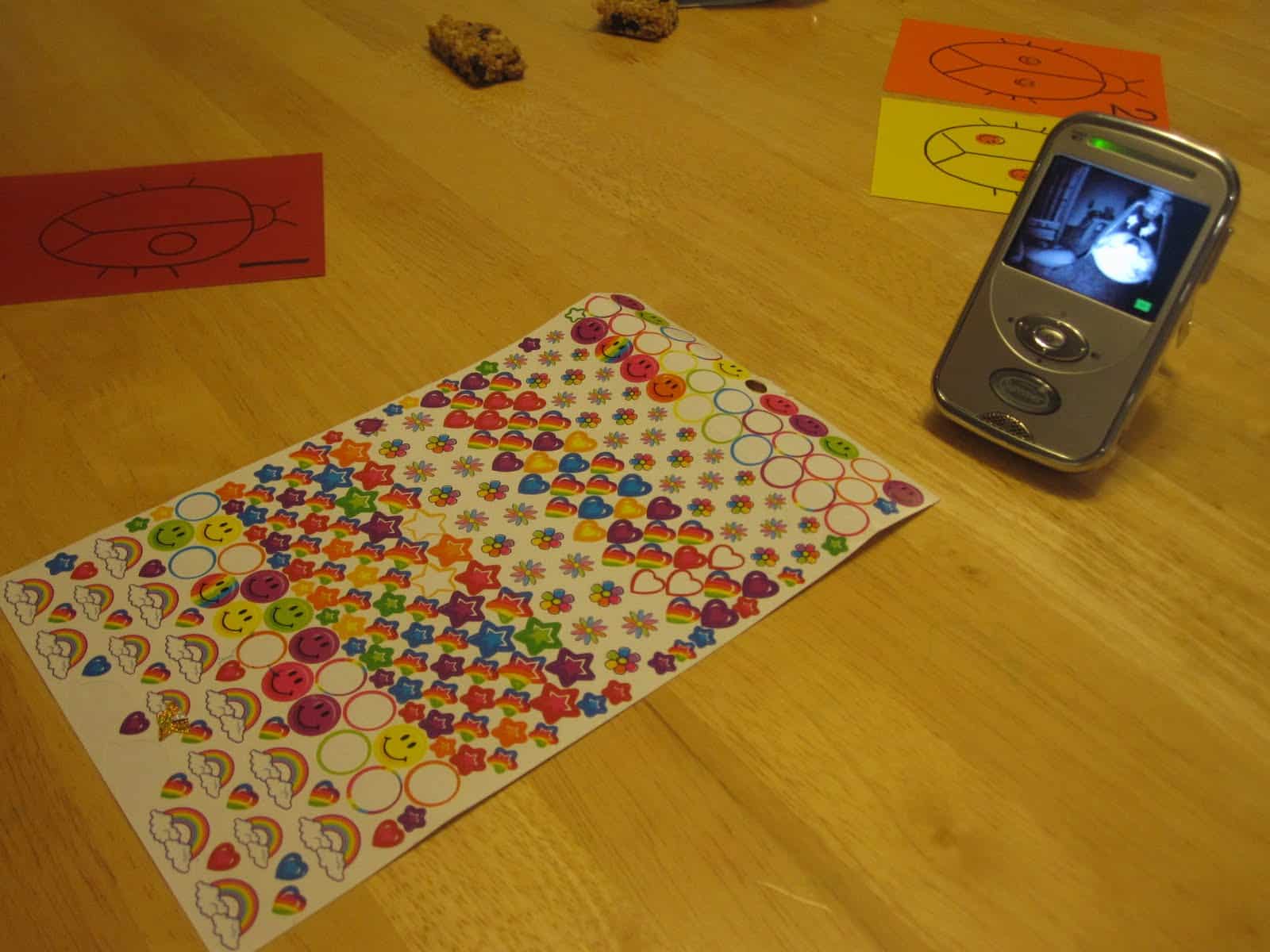 We made it to 5 before we had to head out for the morning... 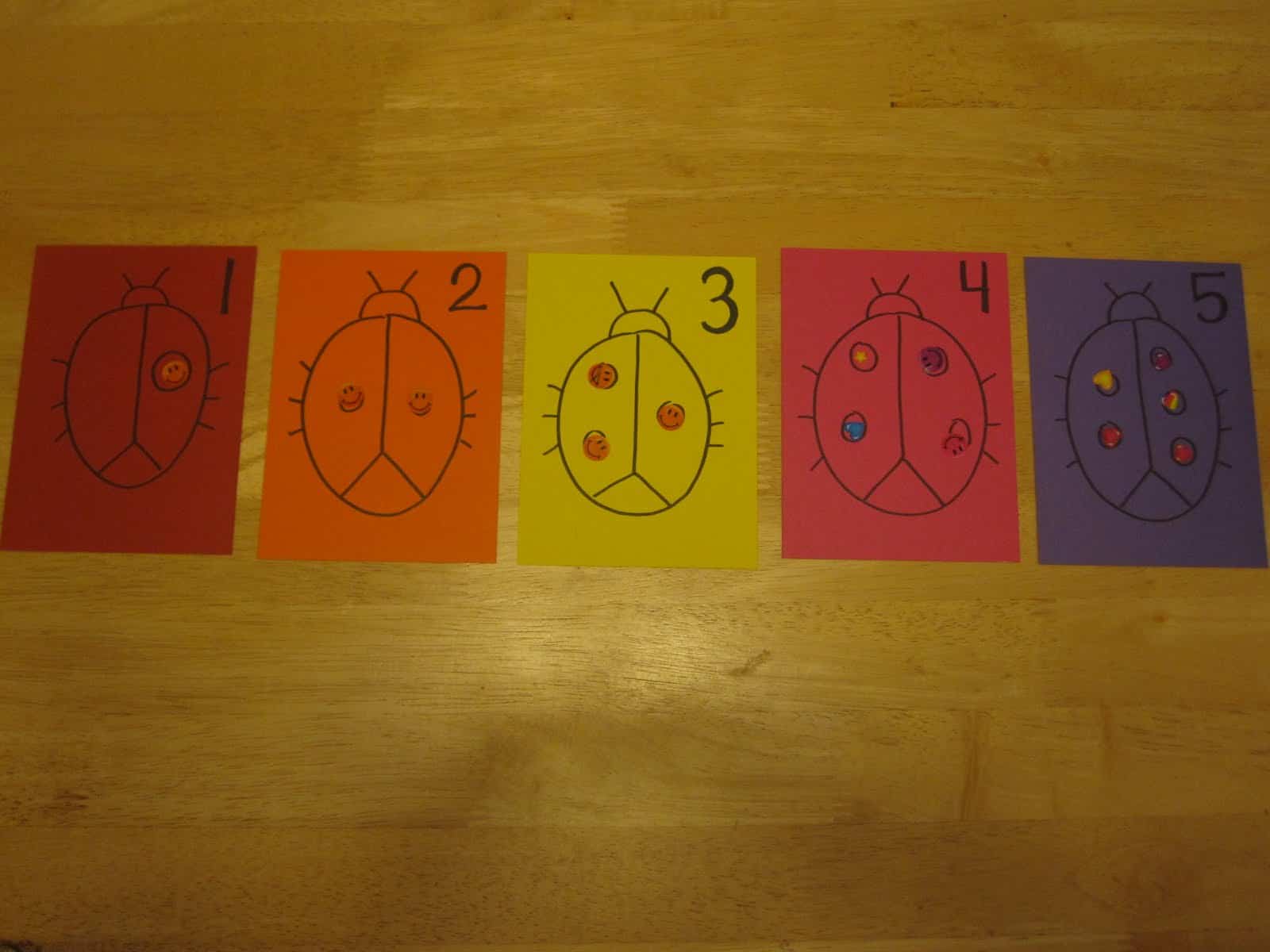 but my son didn't forget about the ladybugs and requested the activity again once we got home and had free time before his nap. We are almost done. Trying to do 1-10 in one sitting for most 2 year olds would be pretty laborious. I try and pay attention to the cues my little guy is giving me during projects and if he's done, we're done... so once we hit 8 and counting got harder, we took a break to play with his car carrier.

This activity could easily be applied to any theme... we just love bugs over here 🙂

If your child likes ladybugs as much as mine does, than some of the other activities below could be fun to try along with this counting activity...

Counting ladybugs and caterpillars (similar to this activity, but using paint)