I bought way too many plastic eggs this year and now that Easter is done, I'm trying to find some ways to reuse some of them before we pack them up to use next year. 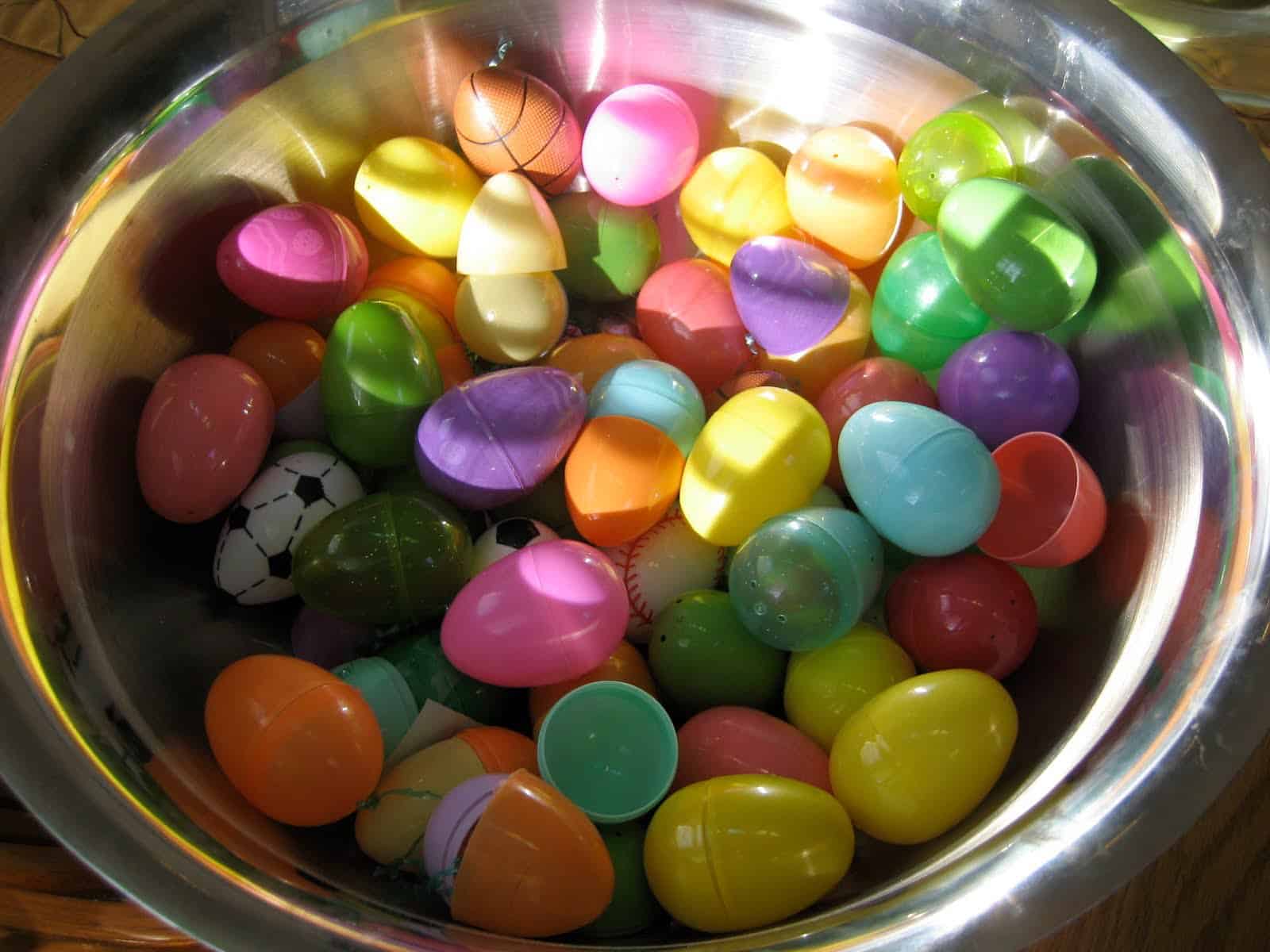 This activity is simple but can be expanded upon based on the skill level of your child.

Materials Needed: empty egg carton (cut in half), clear white note cards (cut into 8ths), six plastic eggs (or 12 if you want to use the entire egg carton), Sharpie marker, and scissors.

Directions:
1. Cut your note cards in half. Write a letter of the alphabet on each piece of note card. We only used 1/2 an egg carton, so I wrote six letters. Place the note card pieces in the egg carton.

2. On six other pieces of note cards, write the letter and draw a simple picture that corresponds with each letter. 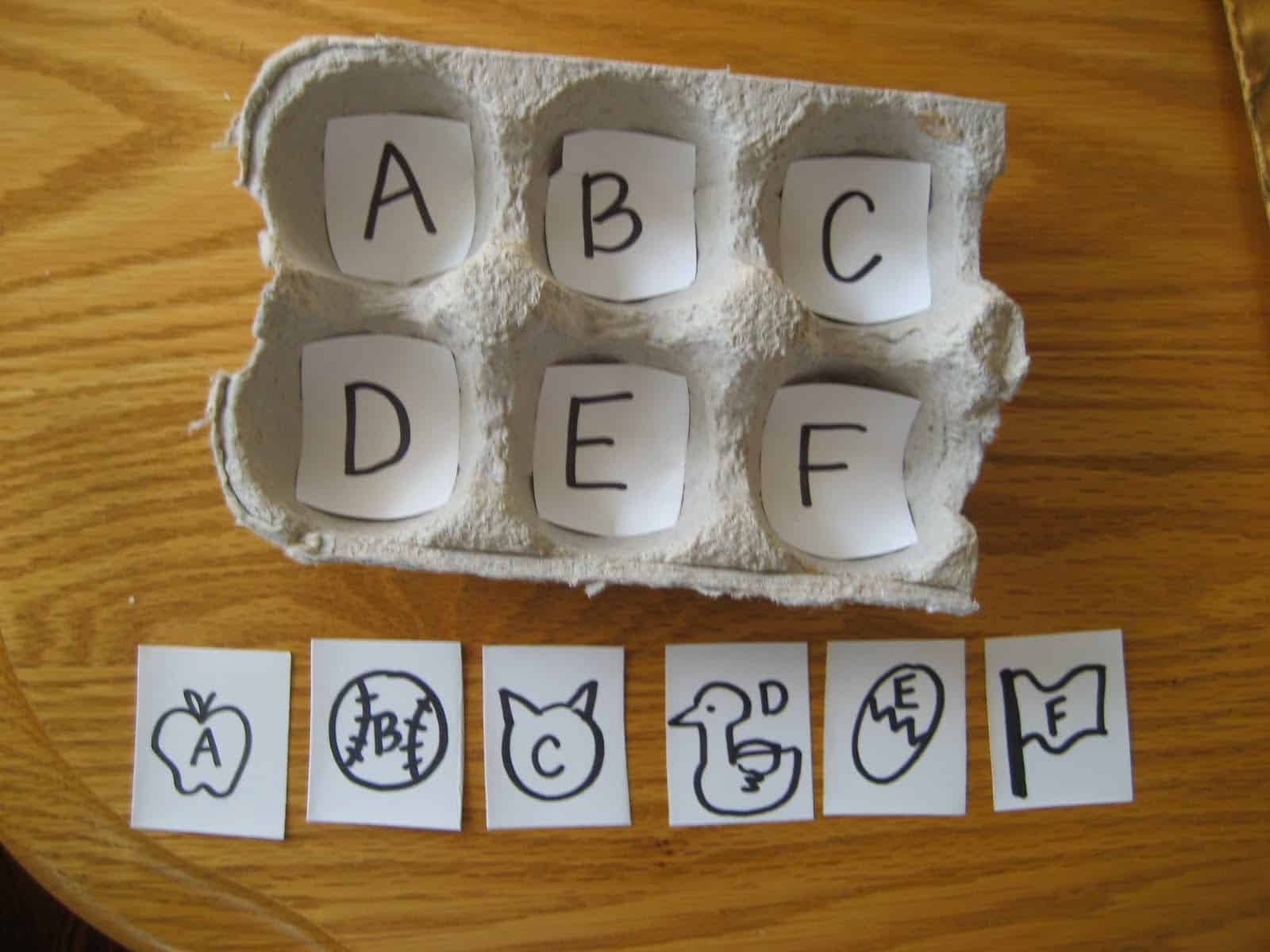 3. Place each picture inside a plastic egg. 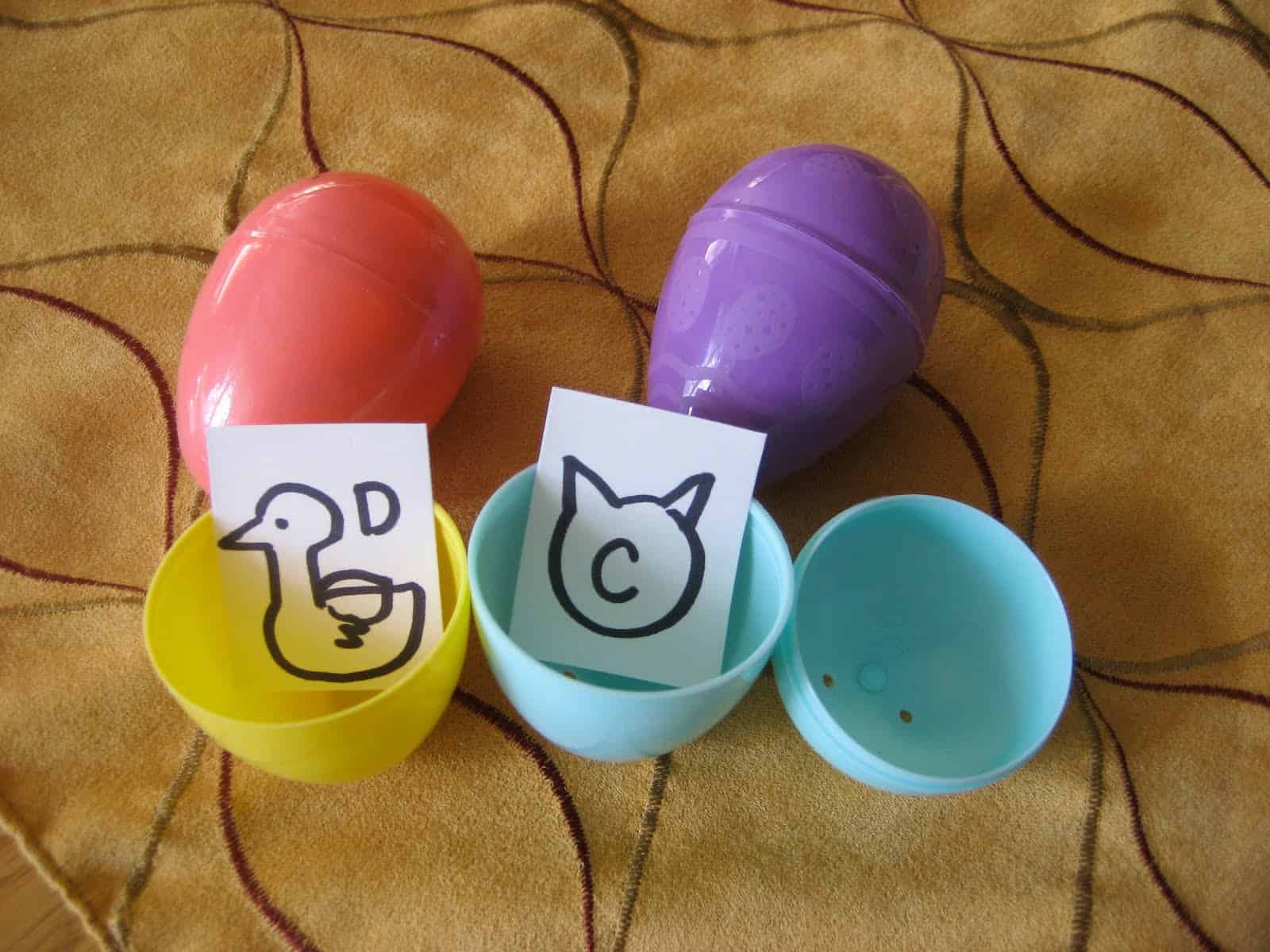 4. Introduce your activity to your child by modeling the first one. Show your child how to open the egg, look at the picture, state and letter, and then match it to the corresponding letter in the egg carton. 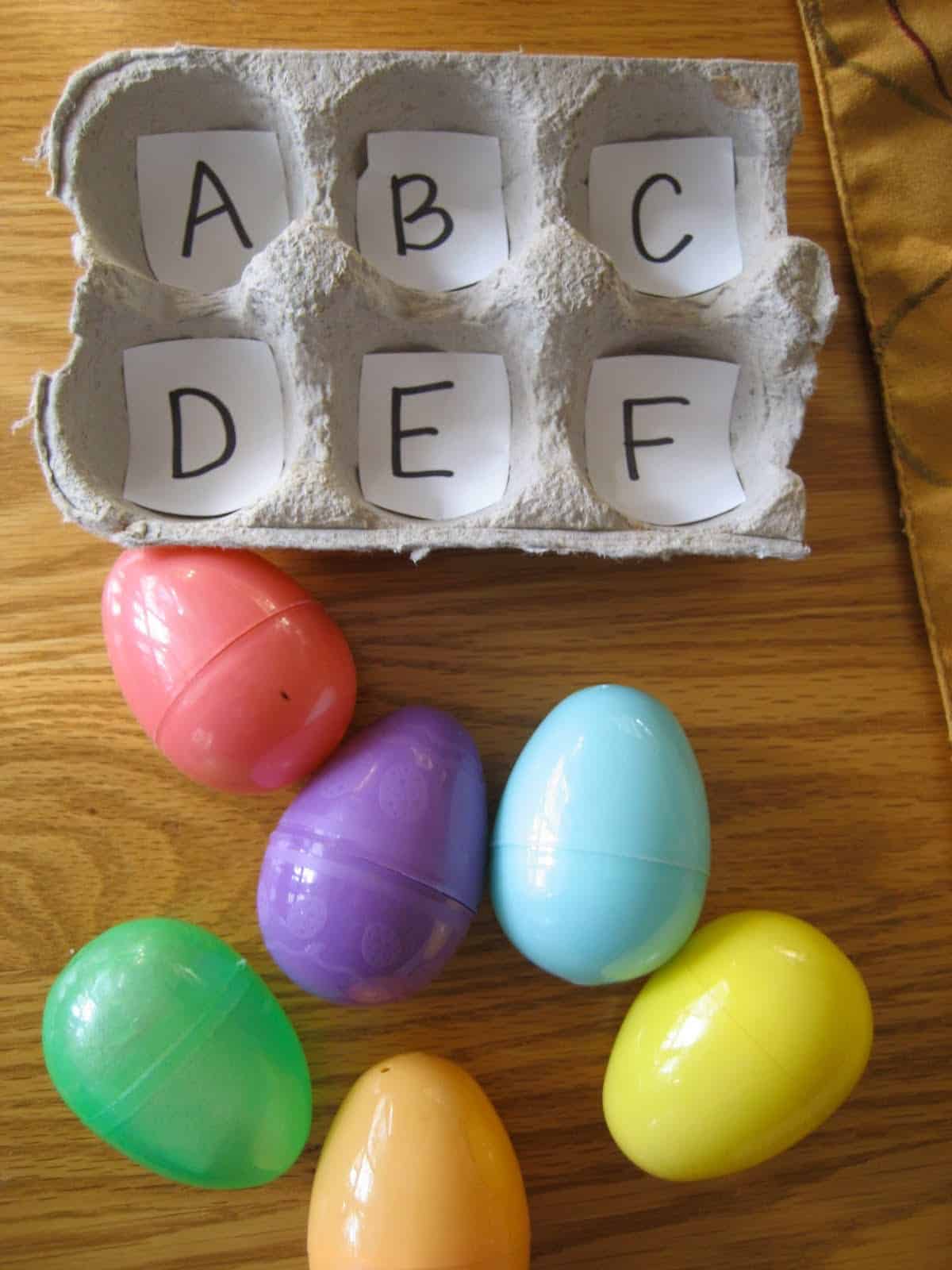 5. When it is their turn, have your child name the picture and state the alphabet letter that they find inside the egg. Then have them match the letter to the egg carton letter. 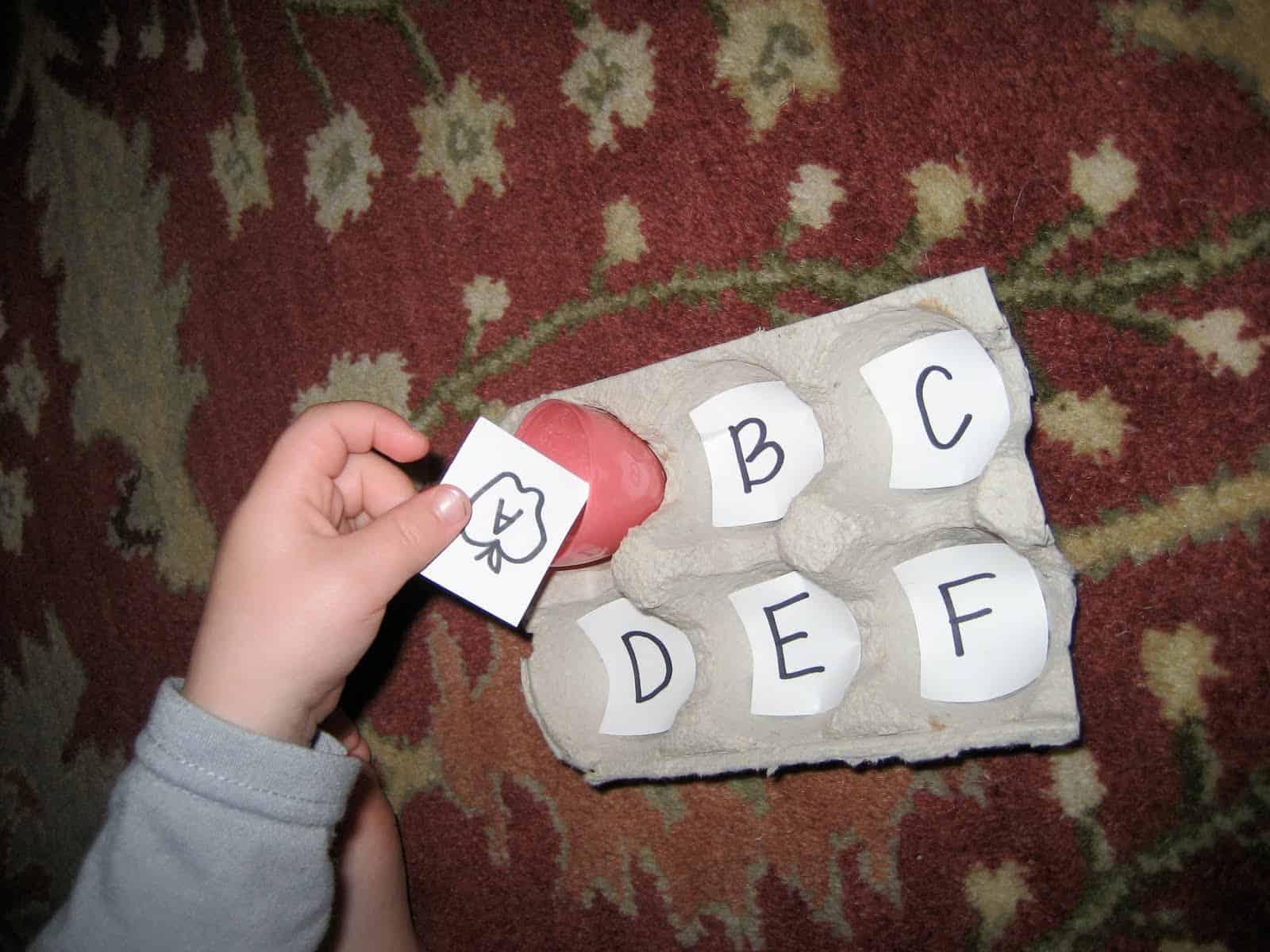 6. Carry on until all eggs are matched with the correct letters. 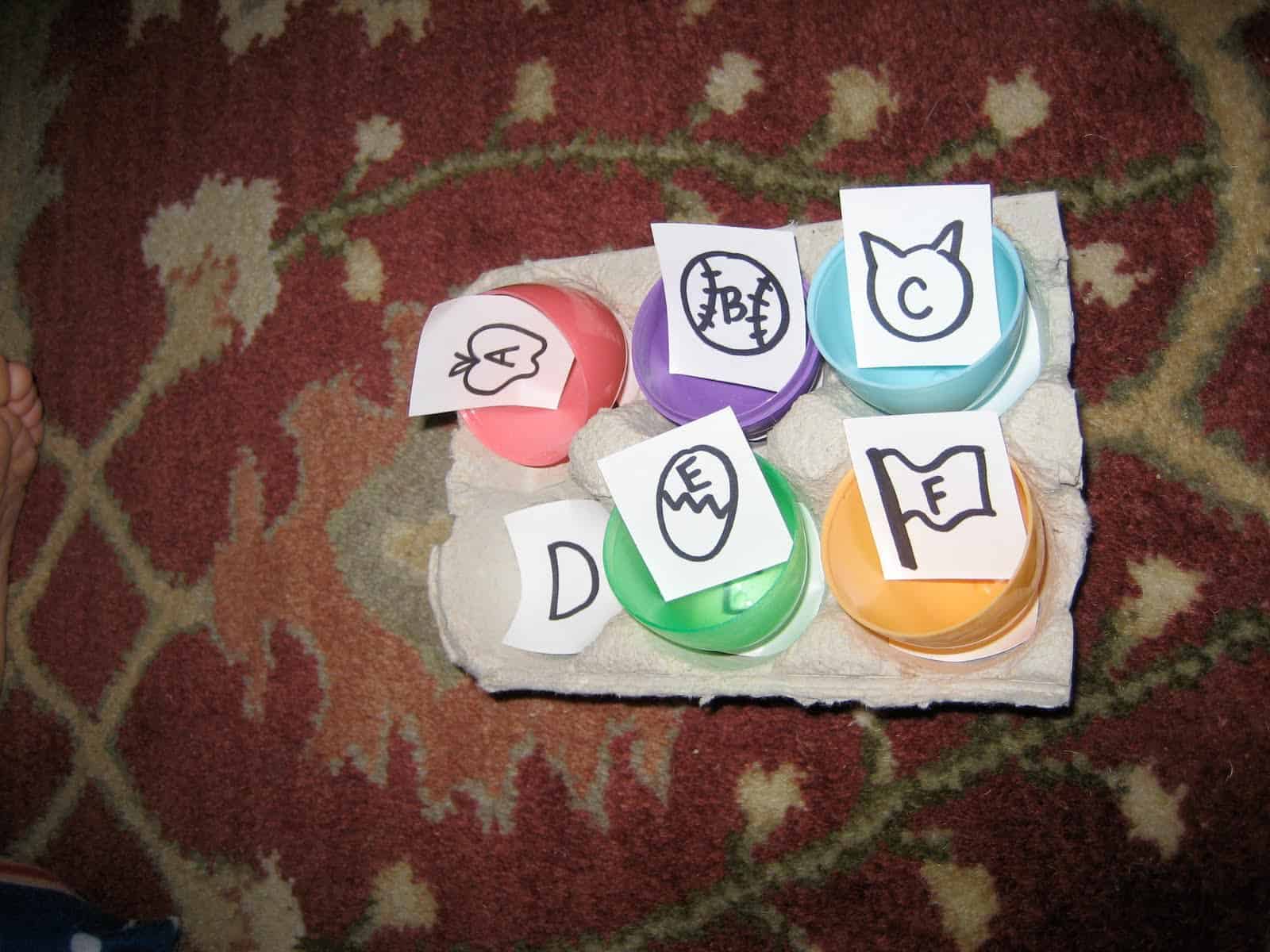 While you're doing this activity, talk with your child about other objects, animals, and things that start with the letter they are working on. 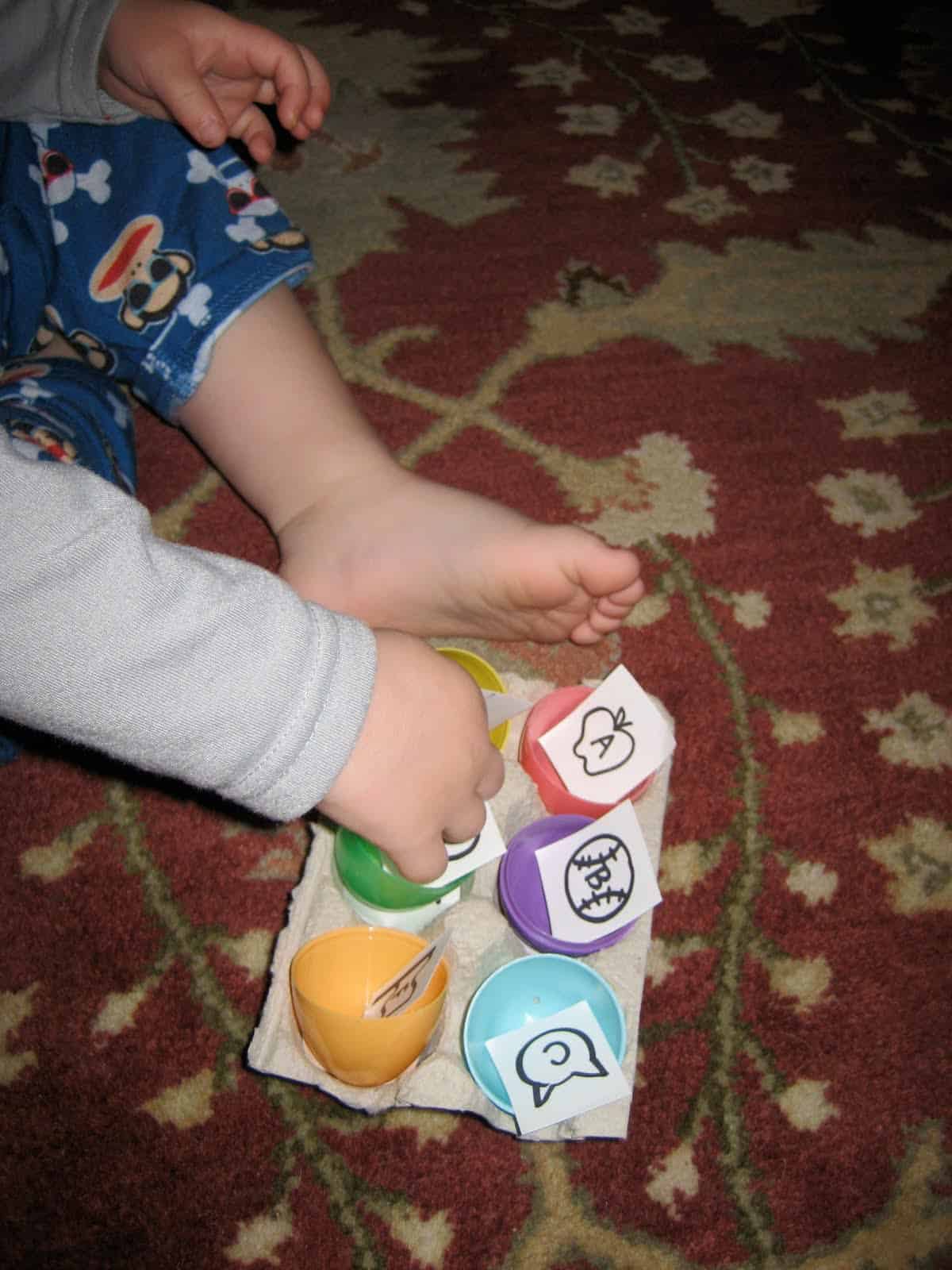 Once they're done, close up the eggs and have them try again independently. This is a great activity to put aside as part of an independent center that your kids can come back to on their own during the day. You could also try using shapes, numbers, math sentences (3+3=__), and simple words with your child to make this activity simpler or harder.

- After you match the letter to the picture, have your child put the word in a sentence. For example, if you find the letter A for apple, help your child come up with a sentence about apples. "The apple is red." If your child can't generate sentences independently yet, say a simple sentence and have her copy what you say. If you generate 2-3 sentences then she could also pick which sentence she wants to repeat.

- We also love singing the ABC song whenever we do alphabet activities AND we love watching our favorite Leap Frog Video- Letter Factory. We love watching it together and singing along to the songs. The songs teach the alphabet letters and their corresponding sounds.