My son loves watching the same Bug Salad Max & Ruby episode over and over again... since, as I have mentioned before, he is obsessed with bugs.

In the show, there are lots of ladybugs... so we enjoyed a hiatus from TV and we did a little ladybug project. 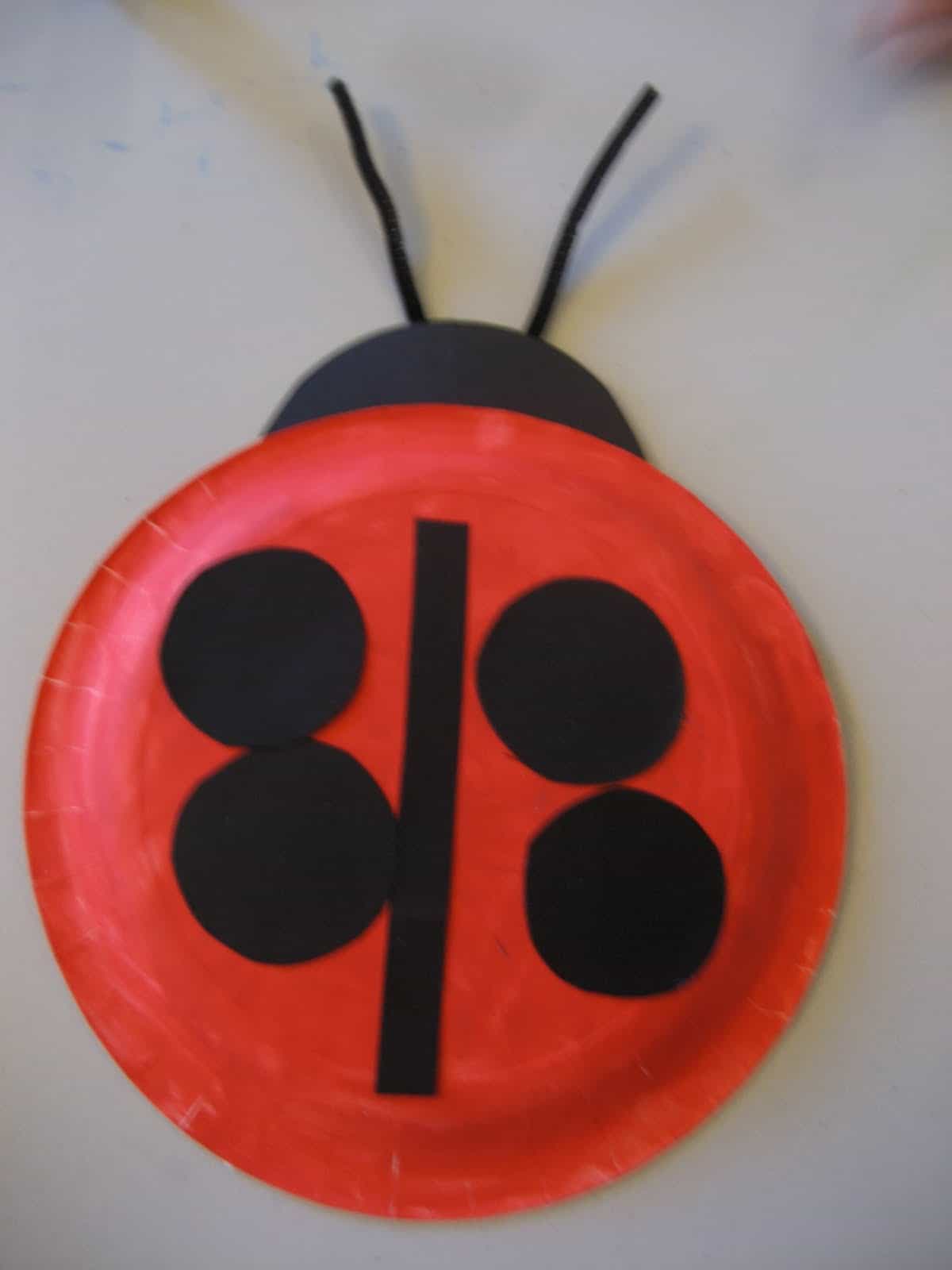 Materials Needed: two paper plates (one to put paint on... and one to paint), red paint, paintbrush, black cardstock, scissors, tape, round object for tracing, pencil or crayon, glue stick, and one black pipe cleaner.

Directions:
1. Take out your paint and paint the back of the paper plate red. 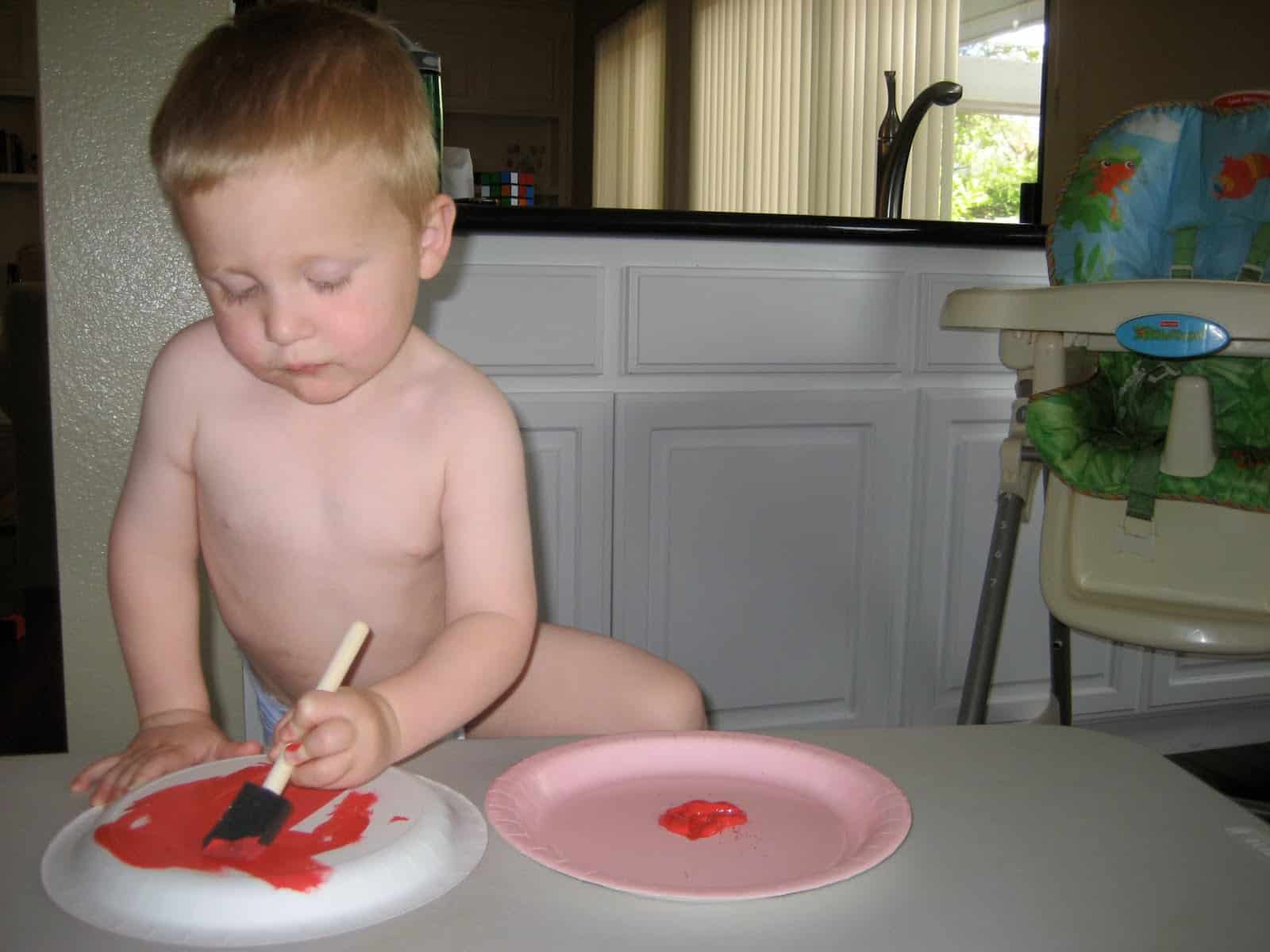 2. Try to cover all the edges. I found an example online to show my son and that helped to encourage him to keep painting! 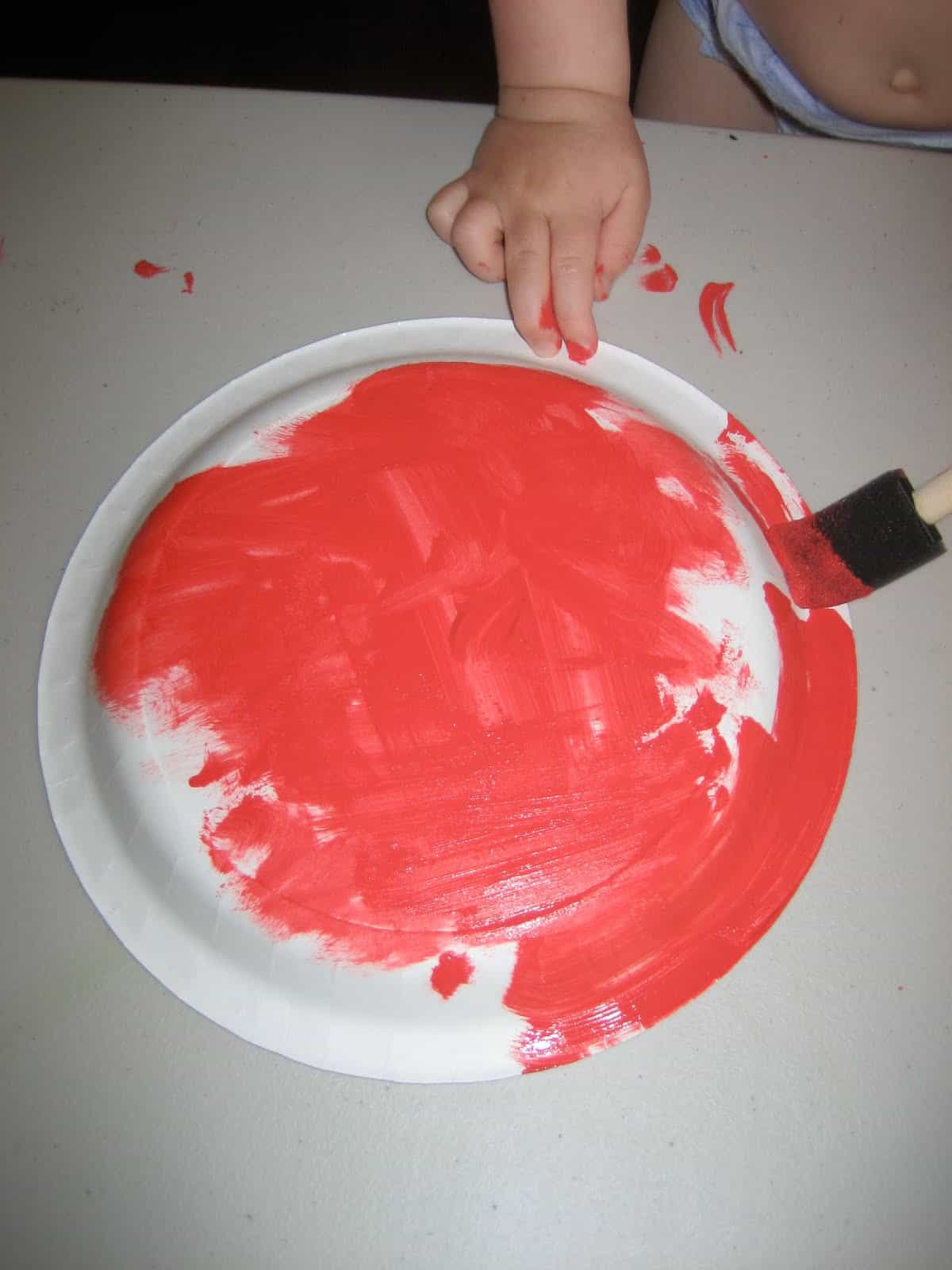 3. Put the painted plate aside to dry. 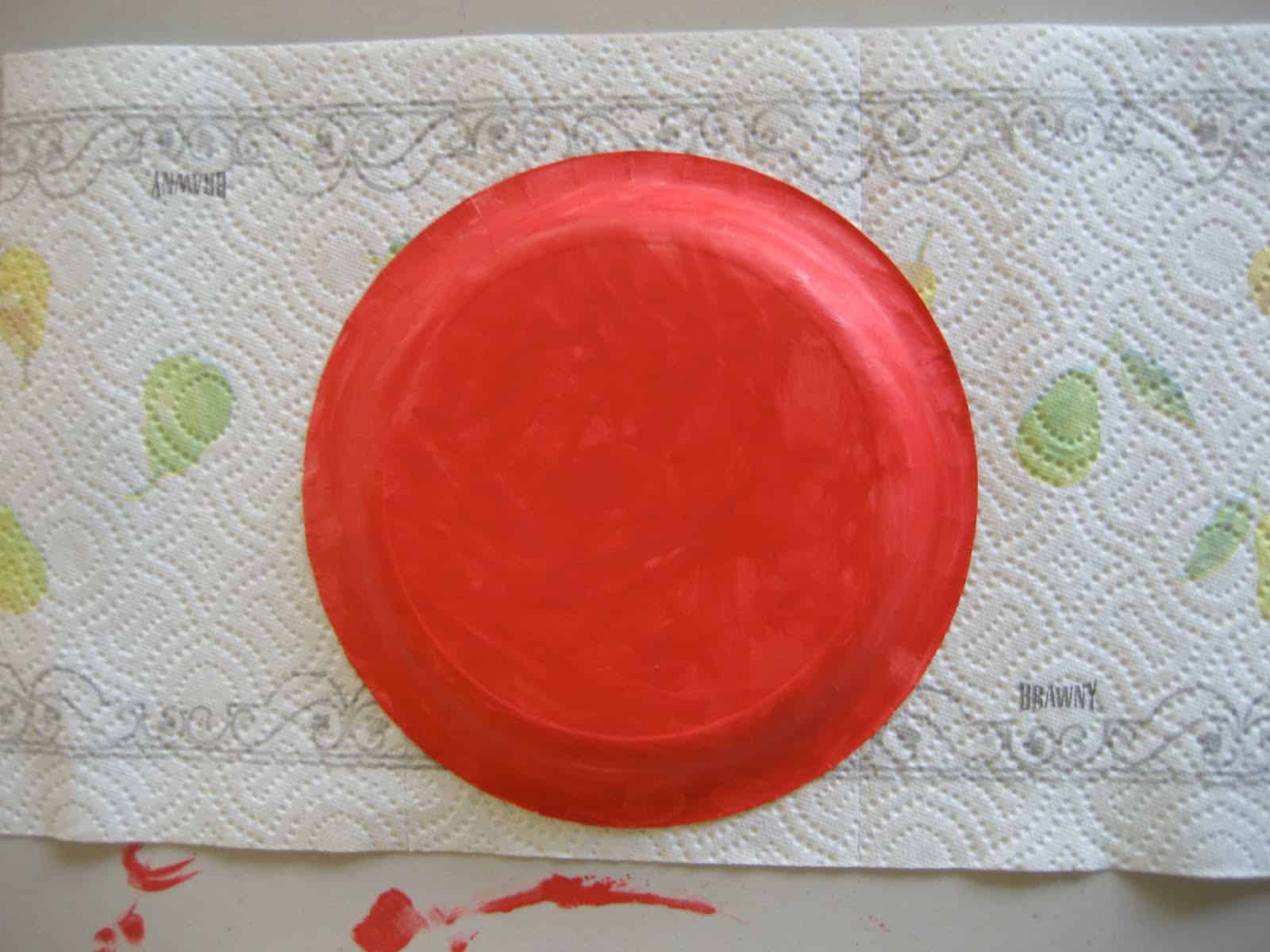 4. While the paint dries, trace four circles onto a piece of black cardstock. Also make one long strip and a semicircle for the ladybugs head. 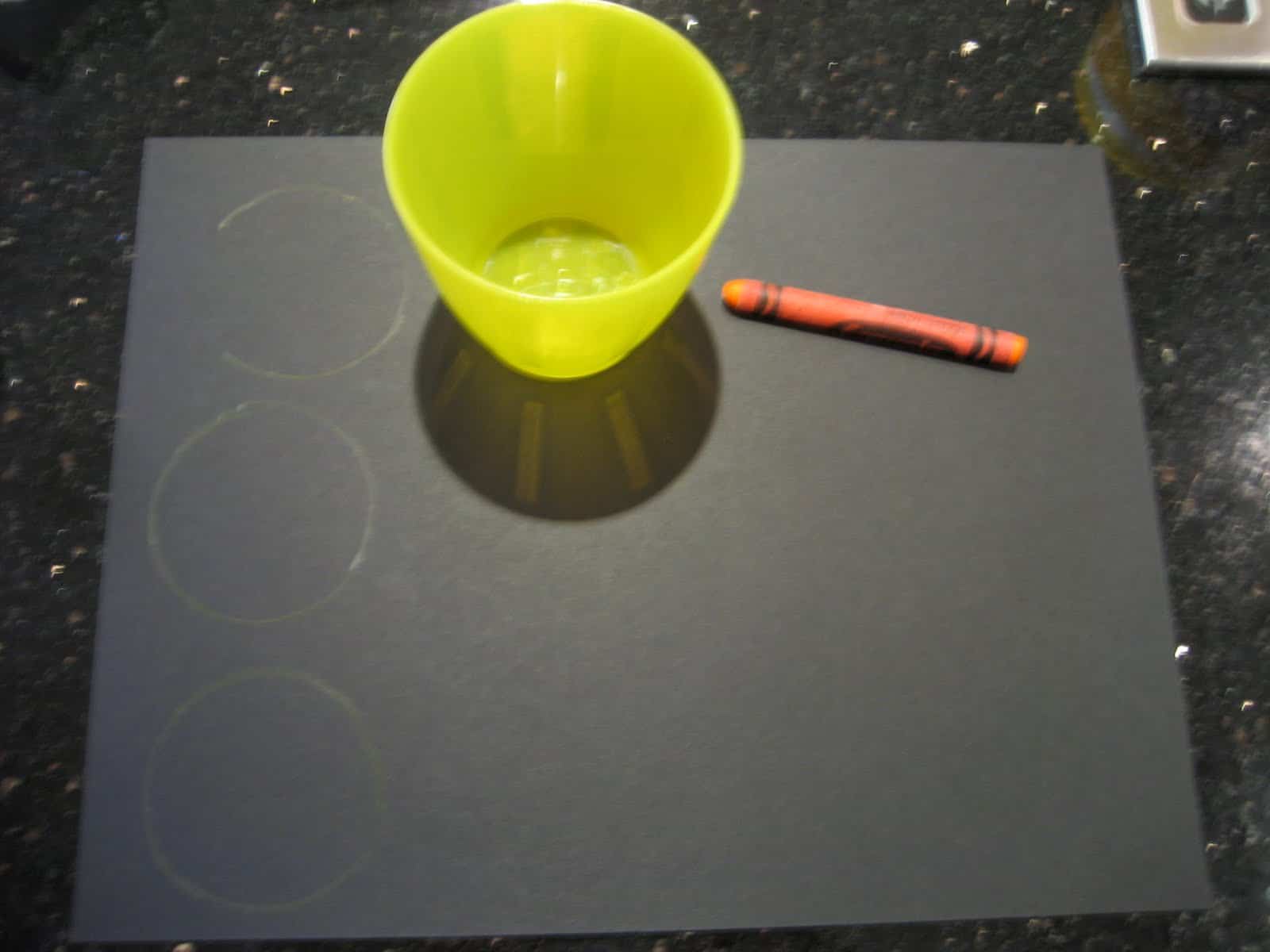 5. Cut out all the circles and other shapes. 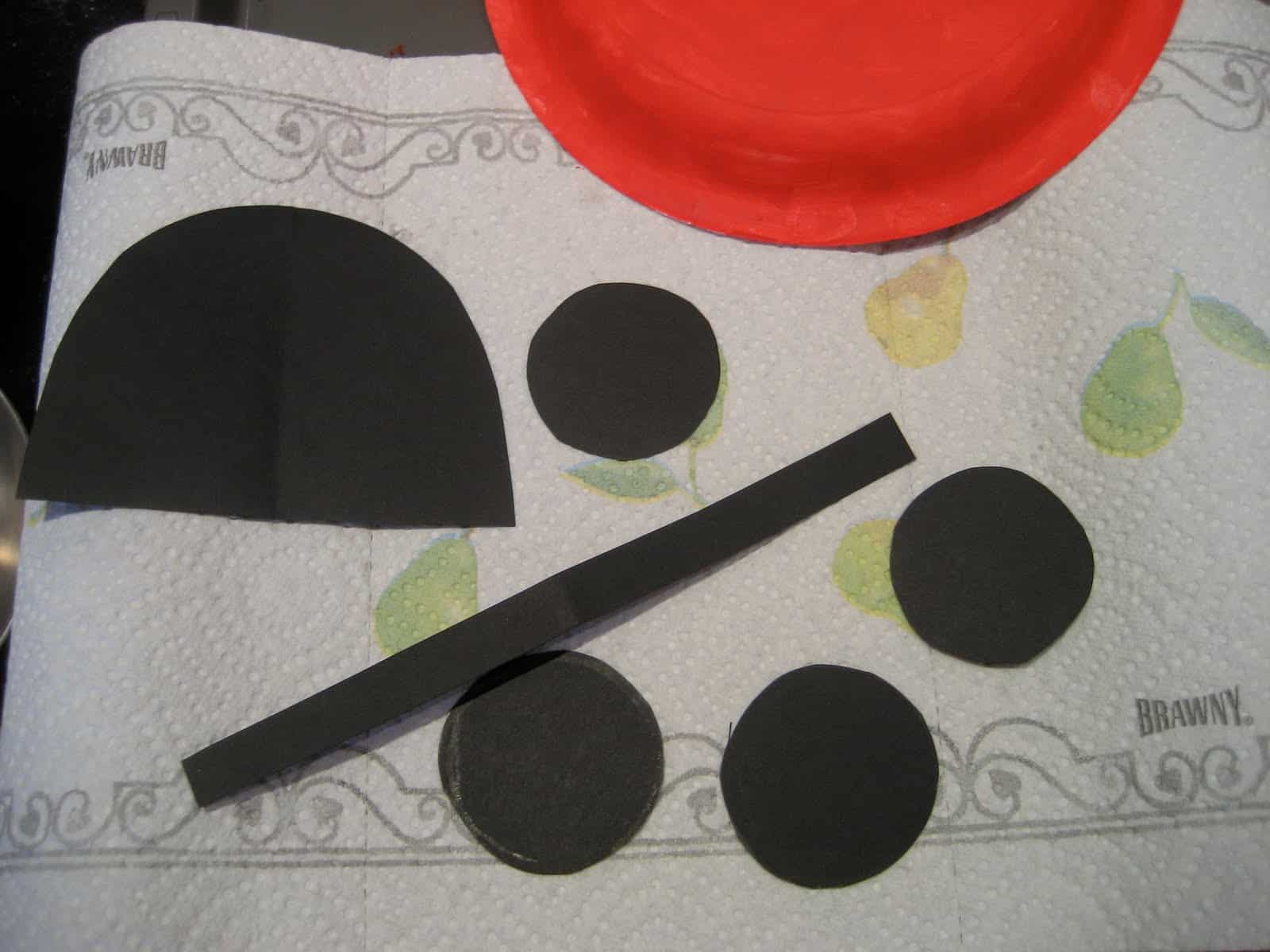 6. Once the red plate is dry, add glue to the long strip and stick it on the middle of the ladybug. 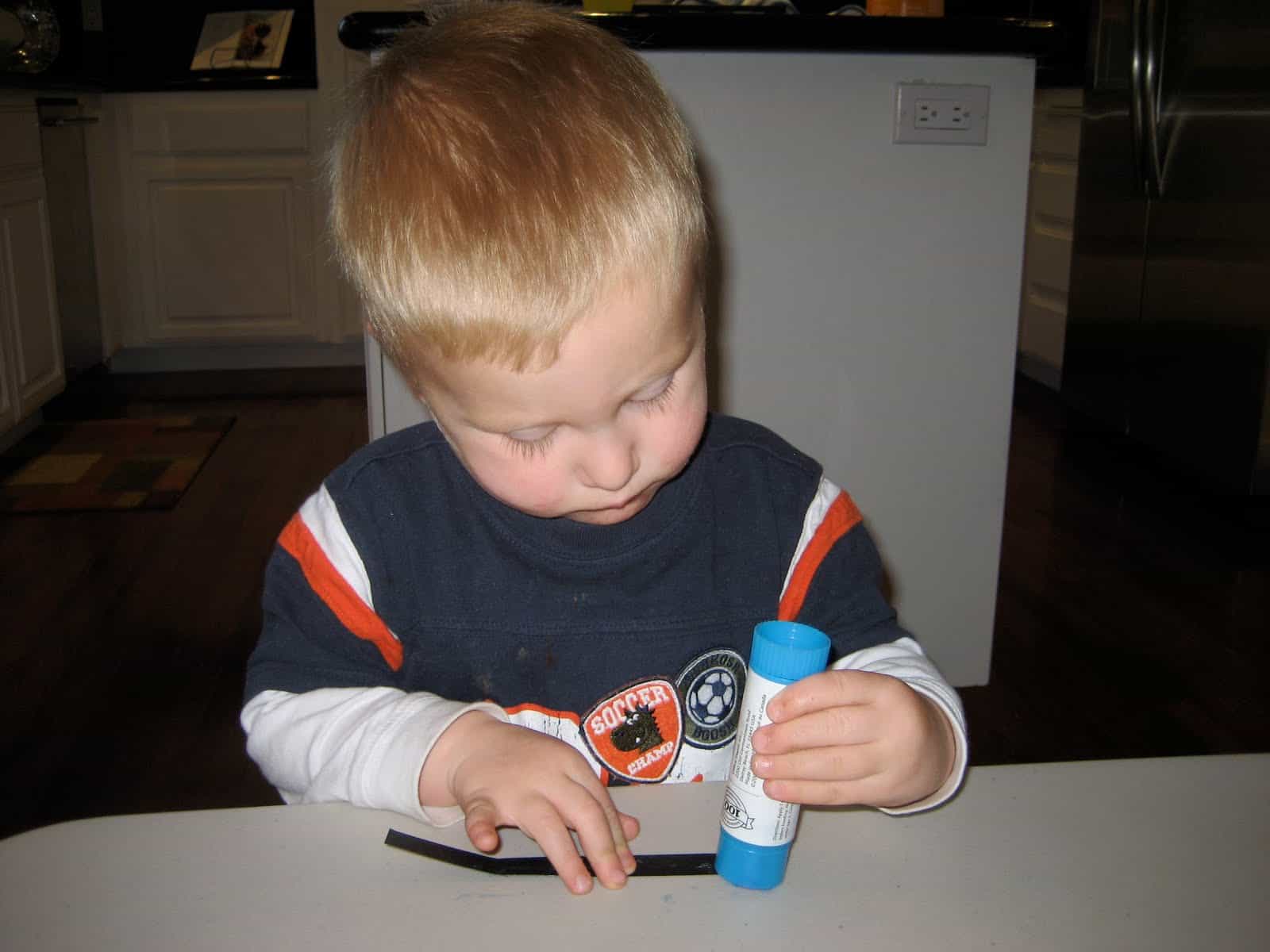 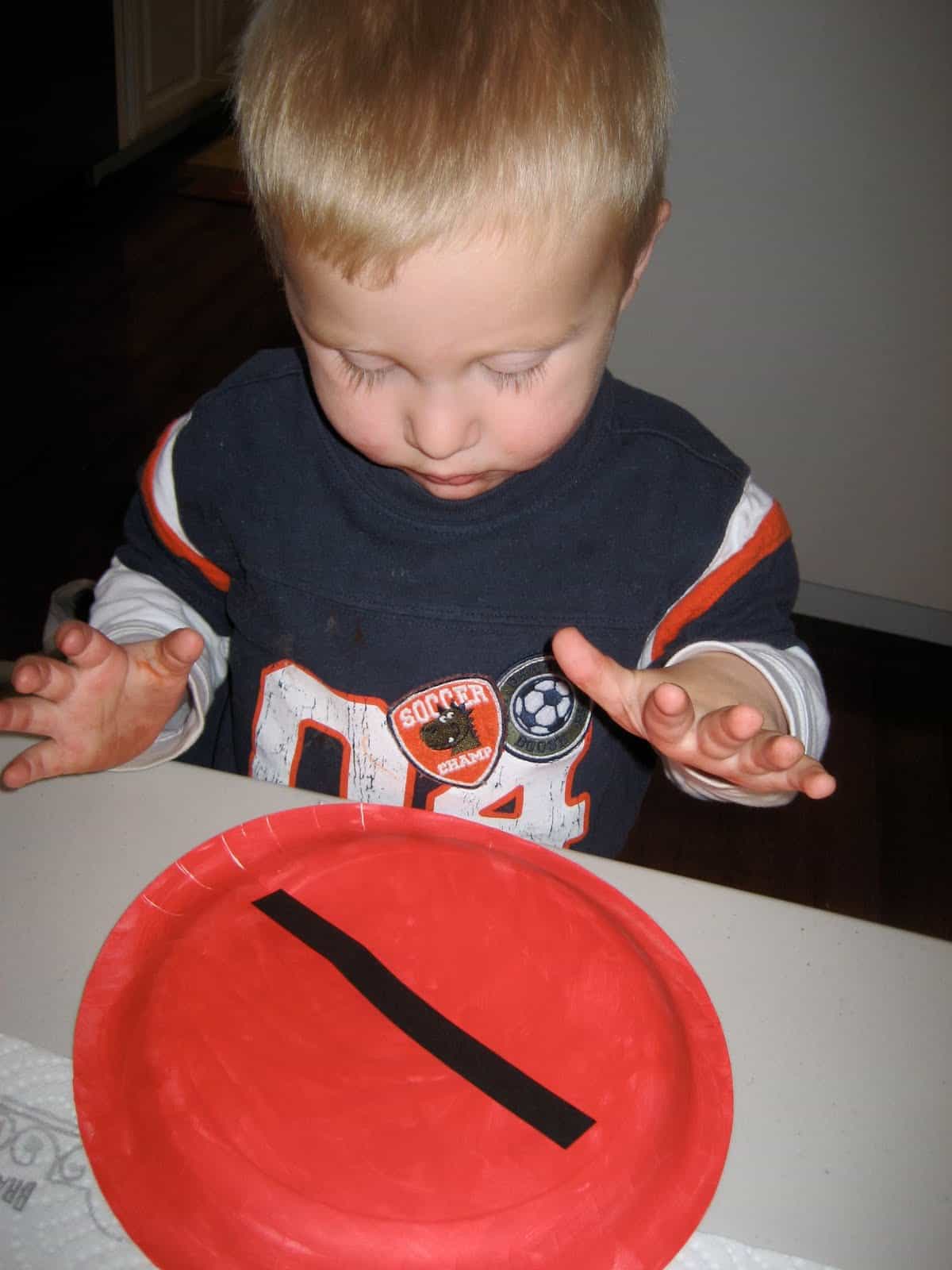 7. Then add glue to the back of the circles. Have your toddler try and stick two circles on each side of the ladybug (or you can make smaller circles and do 3-4 on each side). 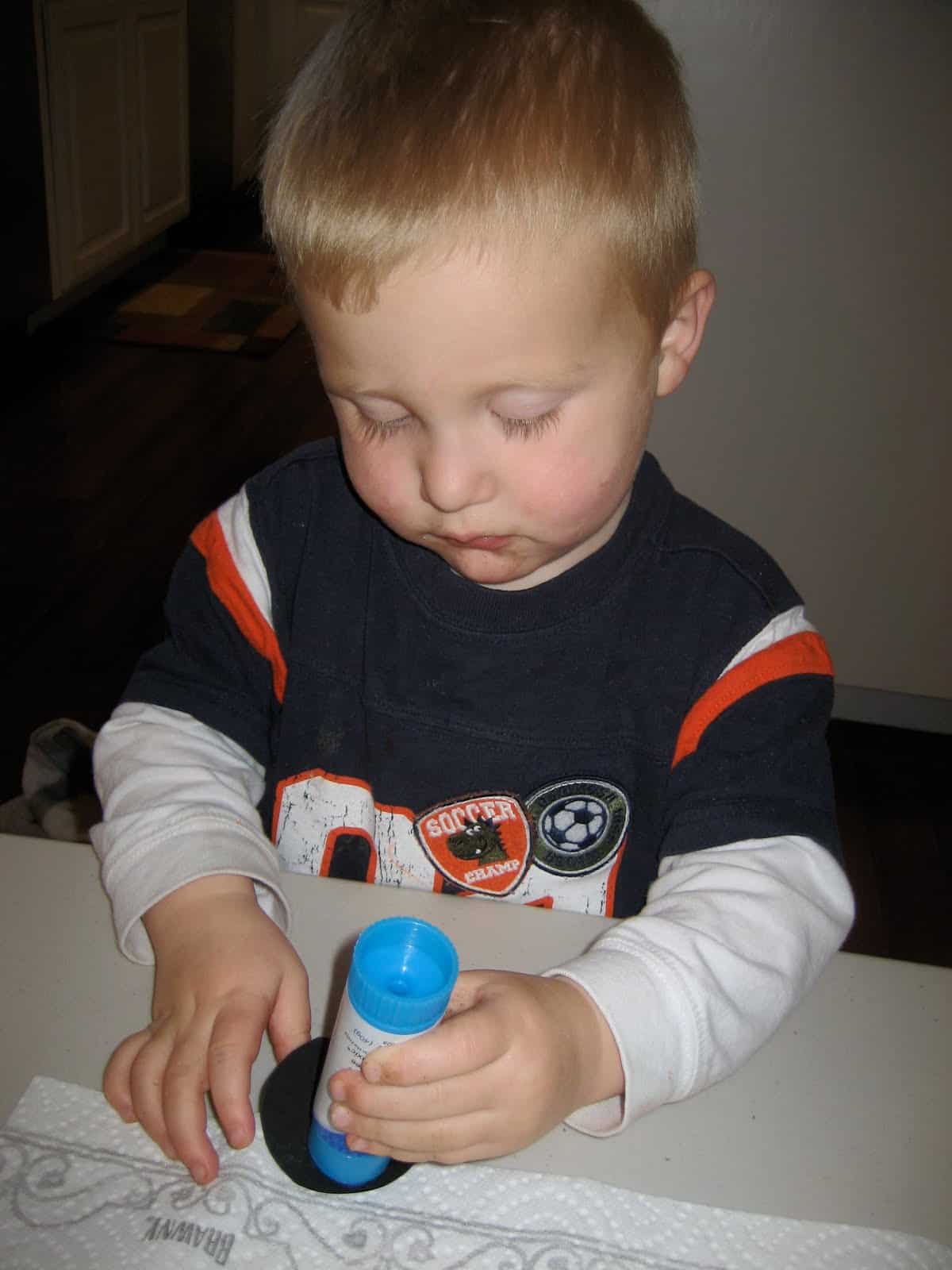 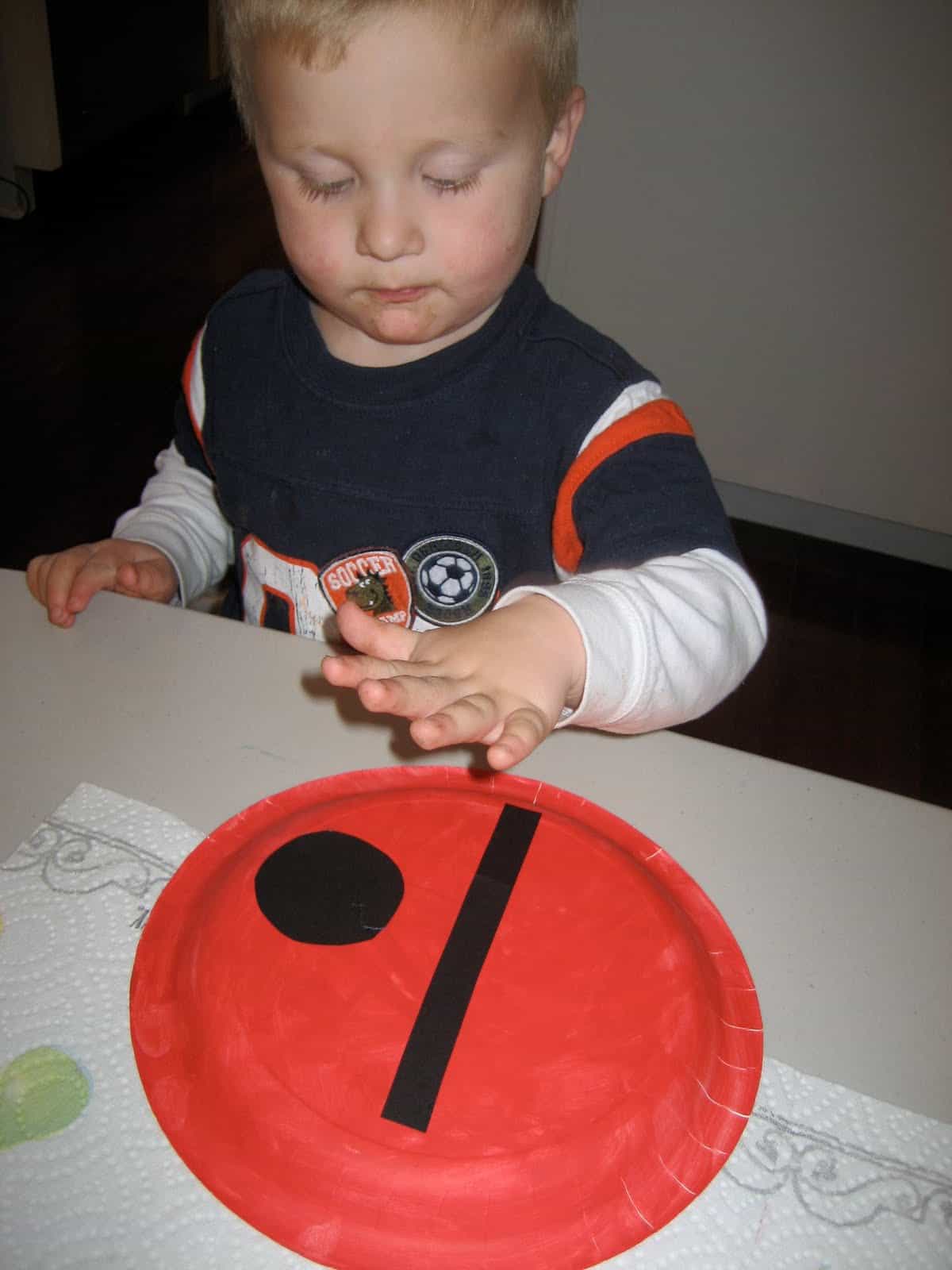 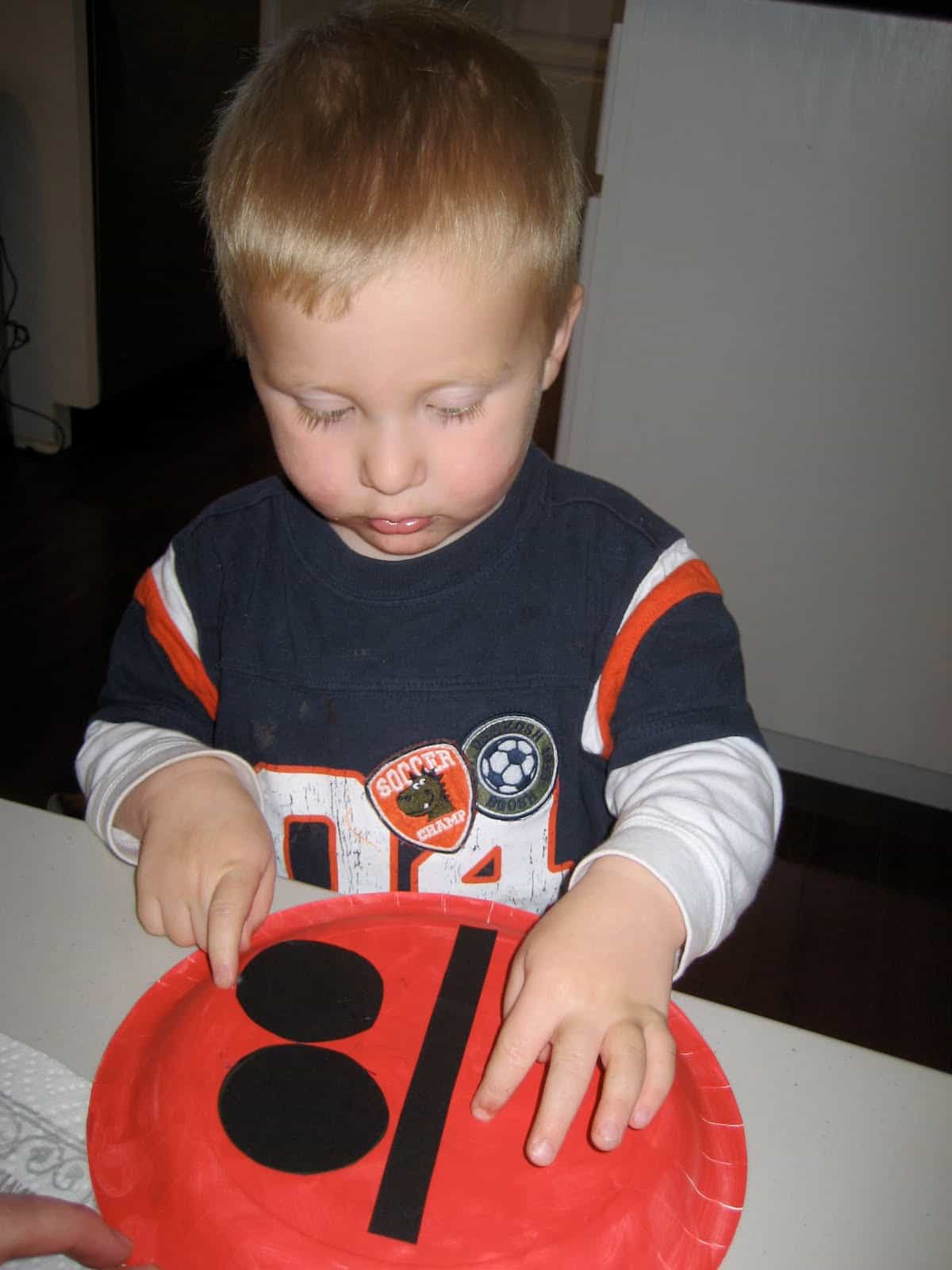 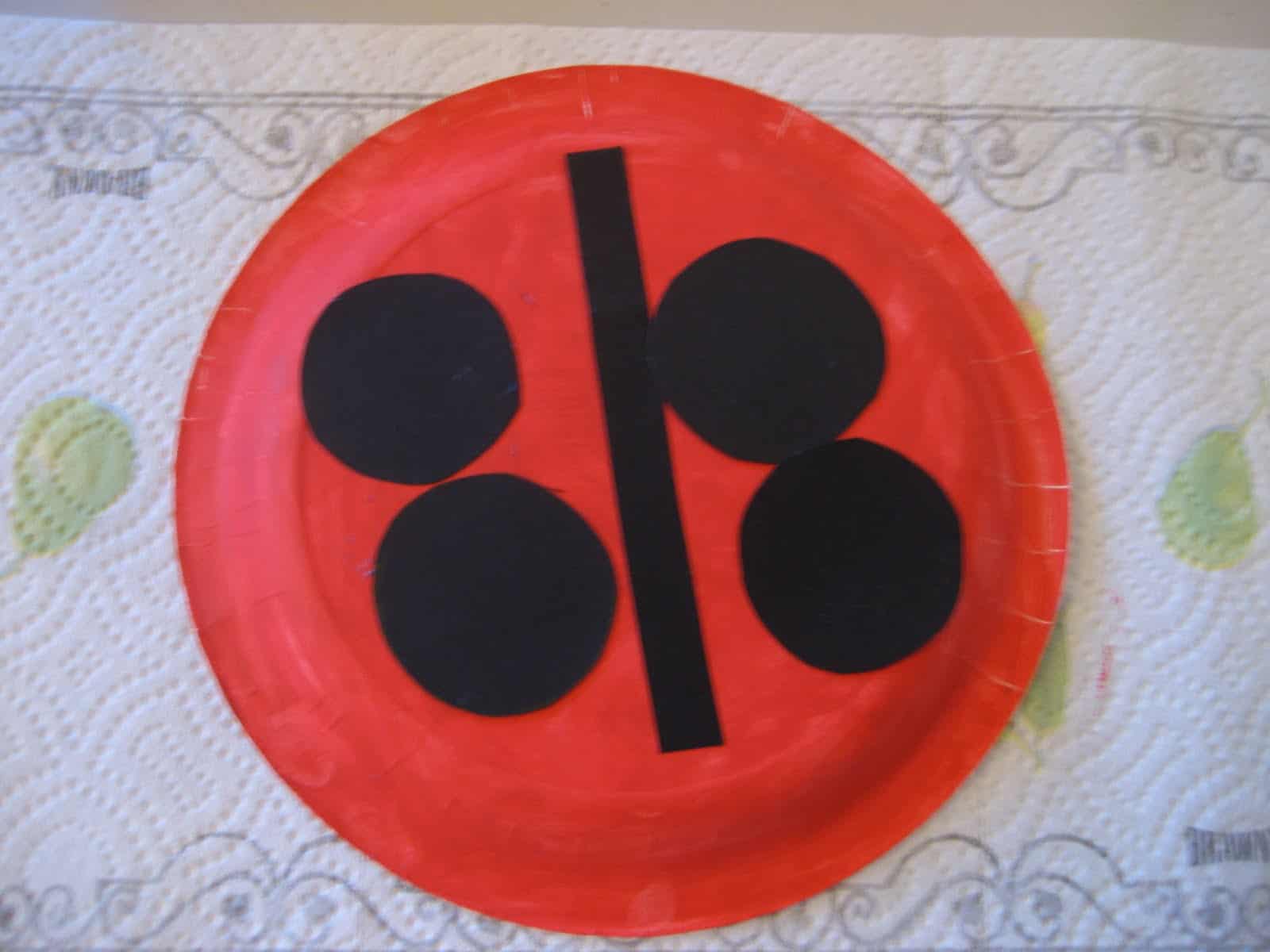 8. Attached the black semicircle to the back of the paper plate with tape. Try and center it in middle of the ladybug. 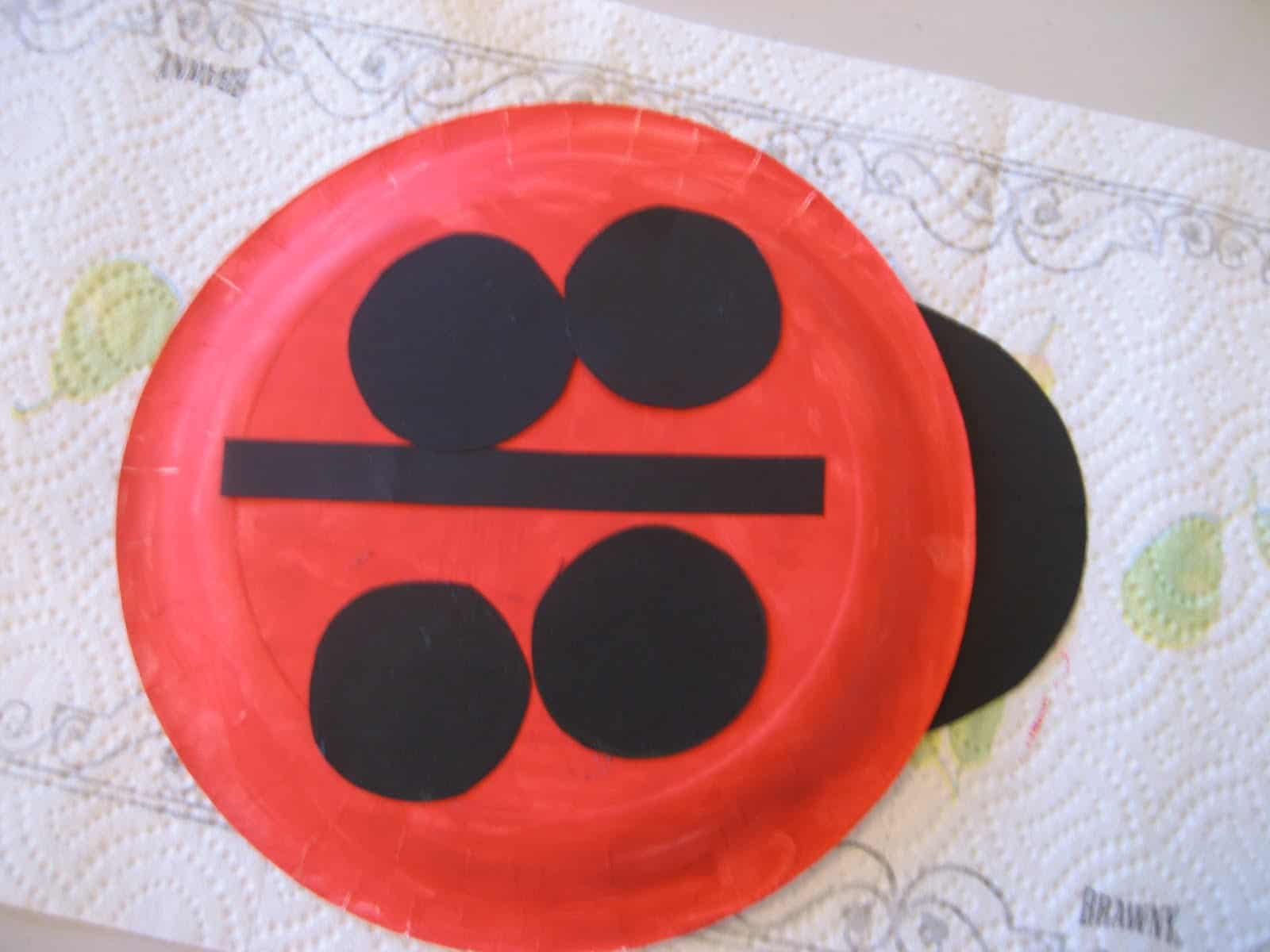 9. Fold a black pipe cleaner in half and then tape it to the back of ladybug's head. 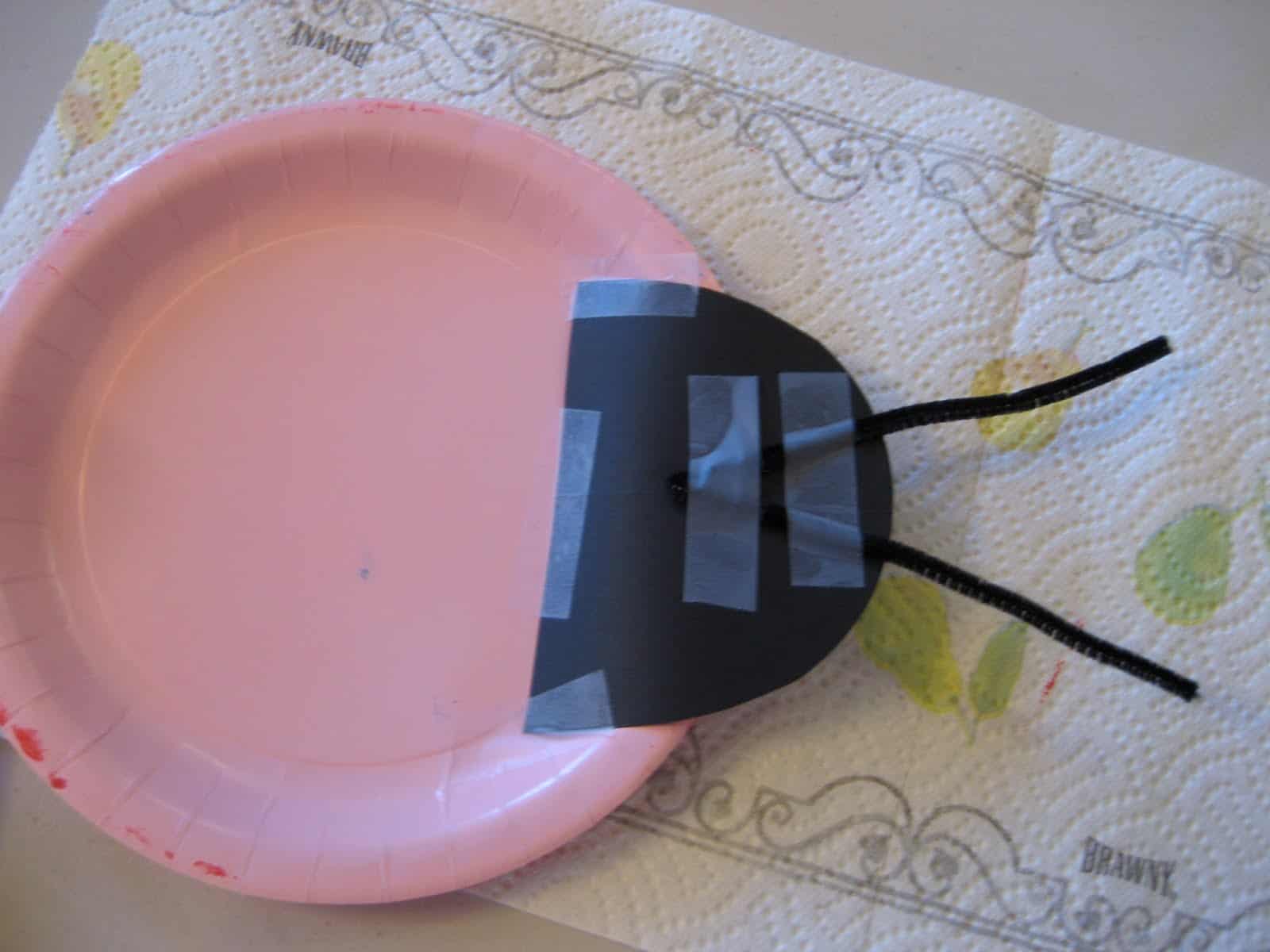 My son thought we'd made a ladybug mask, so he ran around like this for awhile. 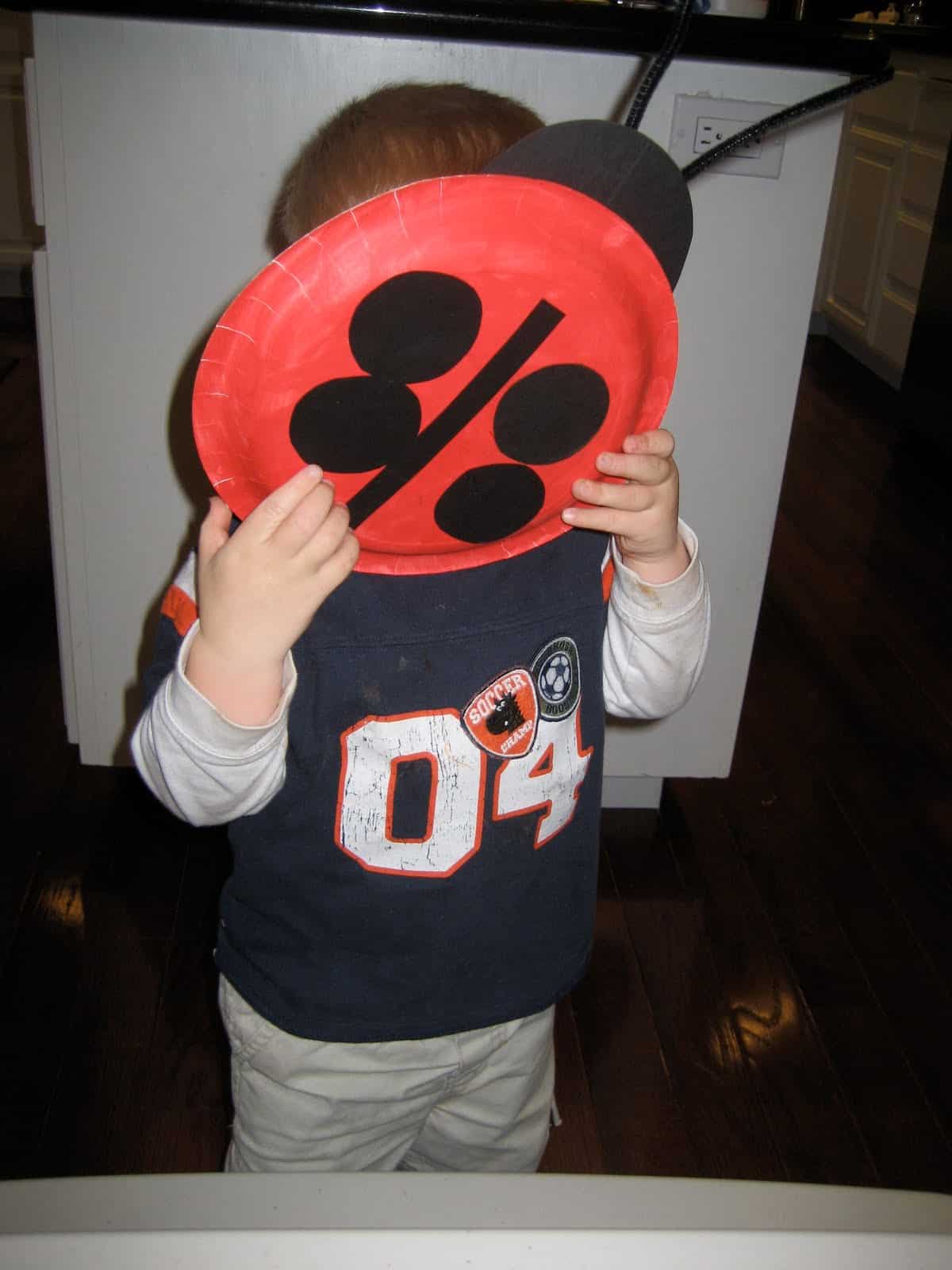 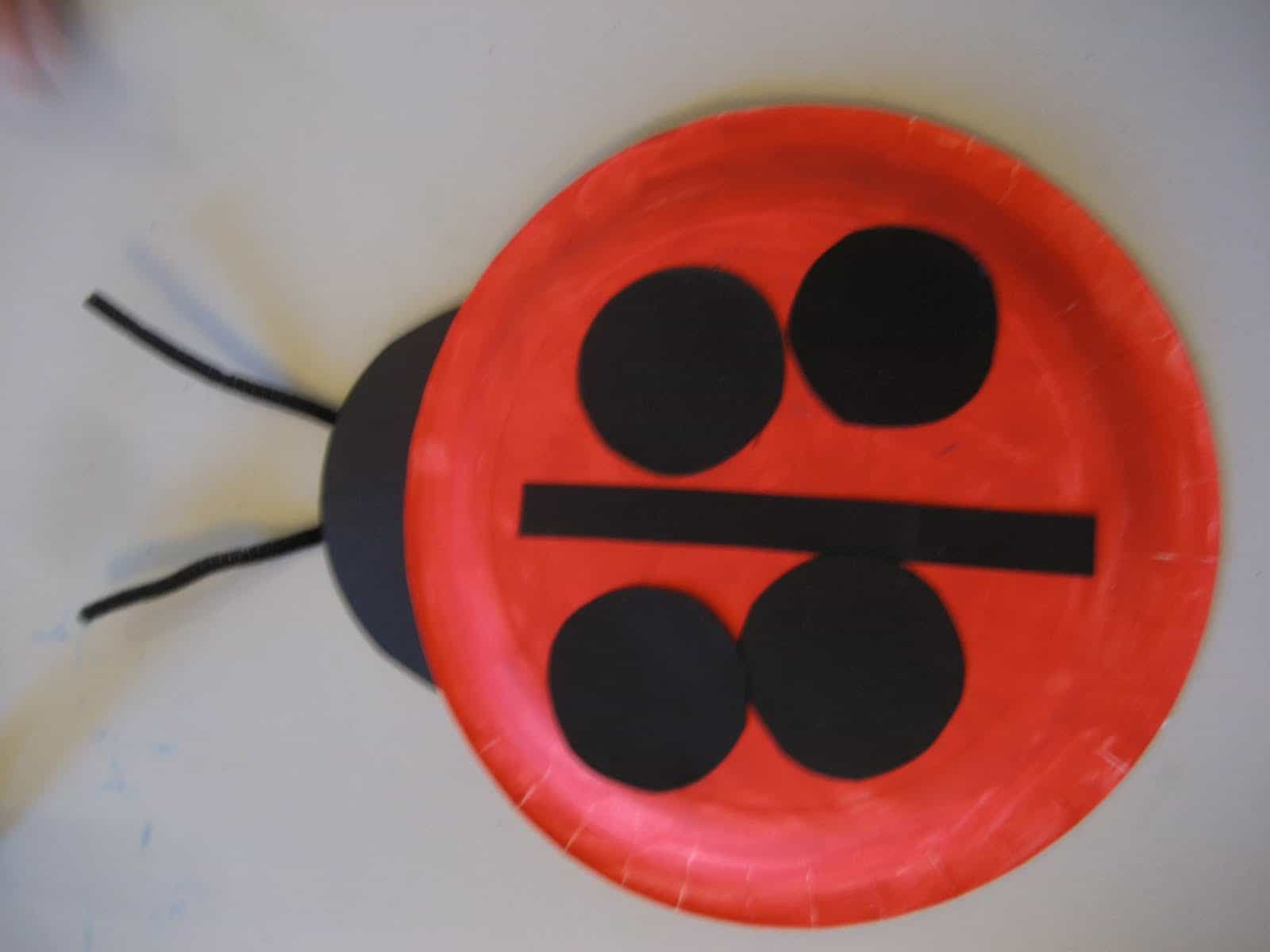 Once we were done, we counted the ladybug's spots.

I was annoyed that we didn't have a copy of Eric Carle's book, The Grouchy Ladybug, so instead we went online and found a couple of versions on youtube where people read the book aloud.

I also found a cute re-enactment of the story done by a kindergarten class.

- If we were going to expand this activity, it would be fun to make another ladybug (a nice one)... and then make a few other critters (found in Eric Carle's book) and re-enact this story. Your child could also just use stuffed animals she already has and change the story to include those animals. Having the stuffed animals try to talk (or modeling for your child how to pretend and make them talk), is a great language building activity. Start small with a few words and expand as your child's vocabulary increases!

- This book is a great way to start introducing the concept of time. It would be fun to make a little clock and practice moving the hands around the clock while you read the story.

- As we made our ladybug we talked about the basic colors and shapes we were using. A "semicircle" was a new vocabulary word and a "rectangle" is one we have to practice a lot because my son gets rectangles and triangles confused.

- Making this project on a larger scale (using a cardboard box) would be a lot of fun too! Your child could become the grouchy ladybug (or the nice one) and other members of your family could play other parts. I love drama and pretend play because they are such great avenues for language building. My son is just beginning to do more of this and it is so much fun!

On another note, we have seen TONS of ladybug projects around the blogosphere as people are getting ready for Earth Day tomorrow! Check out a few fun ones here, here, and here.