Forgive me for the terrible photos. I am in vacation mode and haven't taken a second to dig through my overly full purse to find my camera yet... so phone pictures are all I have.

The grandparents have a pool table. It provides hours of supervised fun for my little guy... assuming he can coax someone into playing with him. Today we made up two sorting games while we rolled the balls on the pool table.

1. Big/Small Numbers- I rolled my little guy a ball from the opposite end of the table. He looked at the number and said what it was. Next he decided if it was a big number (any double digit numbers 10-15) or a small number (single digit numbers 0-9). Then he put the ball in the pocket designated for either the smaller or bigger numbers. Once we were done sorting all of the balls... he picked them out of the pockets and rolled them back to me... trying to make them smack into each other. Good times. 🙂 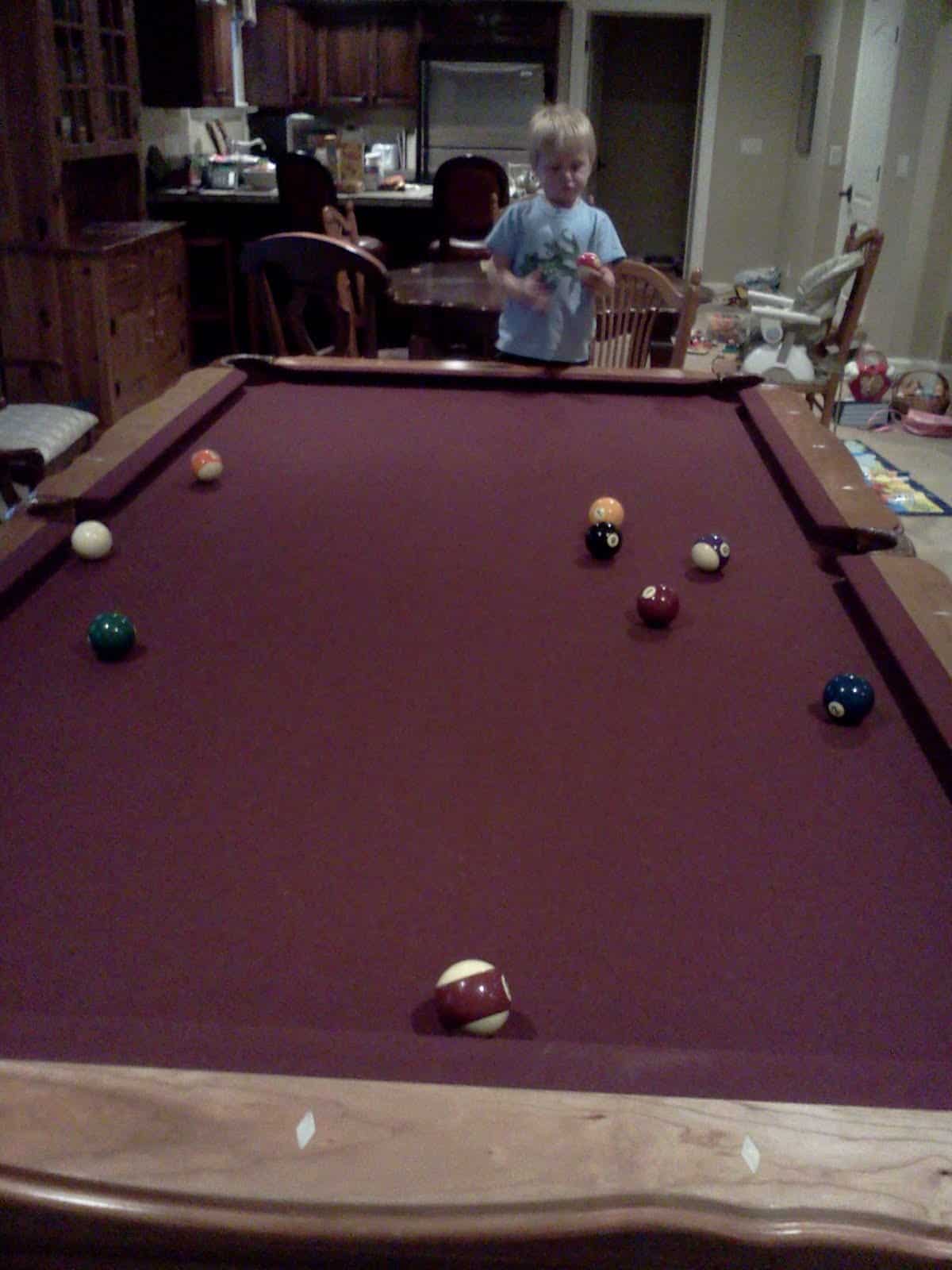 2. Warm and Cool Colors- We took the white and black balls out of this activity, because they were a little confusing... but then my little guy put all of the pool balls on the pool table. He took one ball at a time and tried to roll each ball into a pocket at the other end of the table. One pocket was designated for cool colors and one pocket was designated for warm colors. When he chose a ball to roll, he would tell me if it was a warm or a cool color... and then roll it into the appropriate pocket. He is obsessed with fire right now, so he was especially excited to talk about the warm colors (red, orange, yellow). 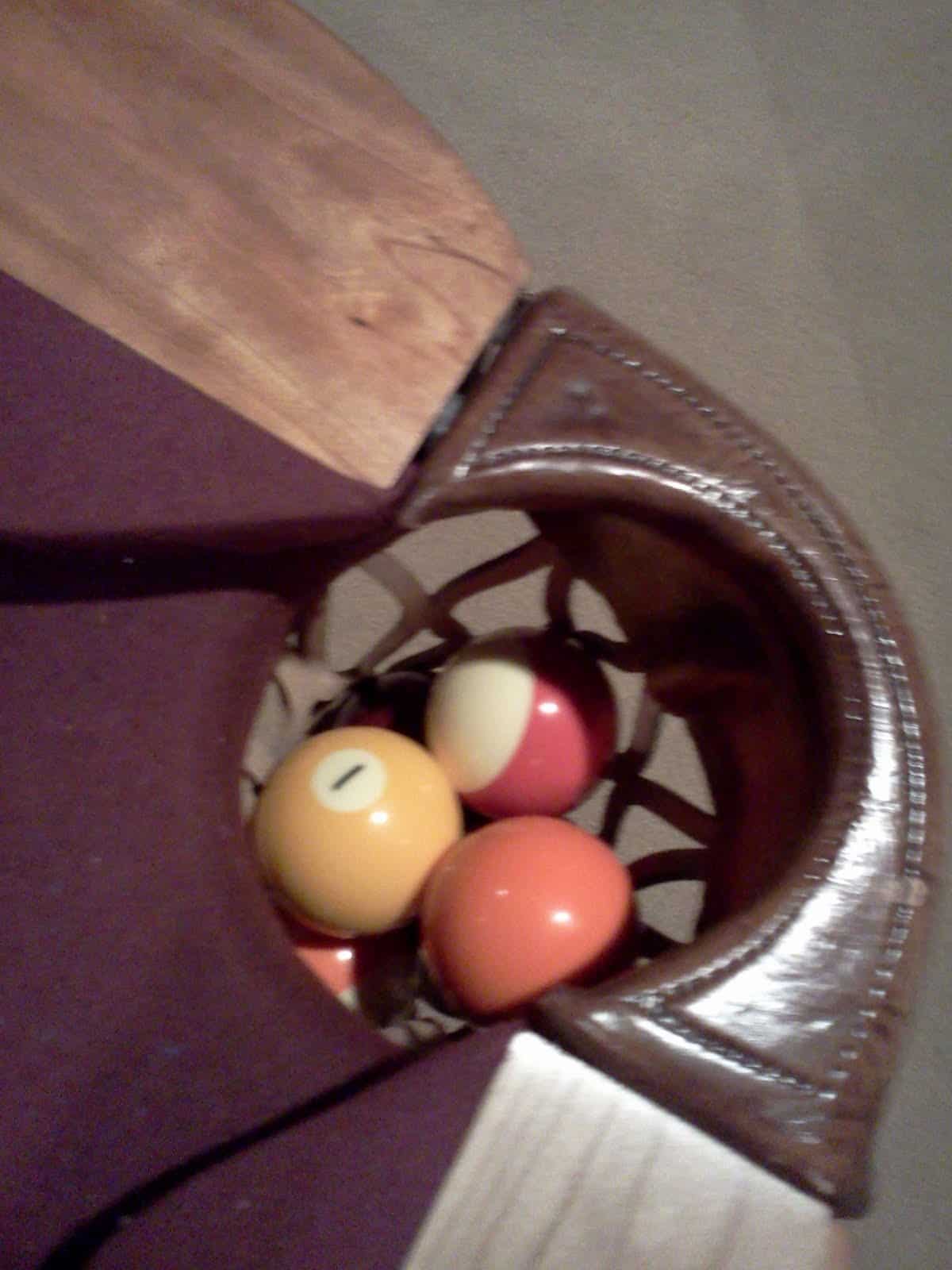 While we played we also talked about mixing colors. He got really excited when we talked about how you can make orange (one of the colors of fire) by mixing yellow and red.

Although to some people (myself included sometimes), rolling pool balls from one end of a pool table to another sounds somewhat mind numbingly boring... it is actually remarkable how much spontaneous conversation goes on during this simple activity. My son LOVED having my undivided attention and we talked about everything from color theory to smashed fingers to what we wanted to do later in the day once the baby woke up.

The number practice and color theory review were only accidental. The main goal was to spend some time together, just us...

If you have done any pool ball rolling yet, I'd highly recommend it. Just make sure the pool cues and chalk are hidden... and you have a good review session on rolling versus throwing first 🙂