We started off our morning with an owl fingerplay and song found at Preschool Express (copied below).

ONE LITTLE OWL (fingerplay)- this one would be really fun to do with 5 owl puppets!

Next we tried out this cute owl literacy activity from Prekinders. It is definitely better suited for 3 and 4 year olds... but we still enjoyed it. You can get the printables for free at the website above. 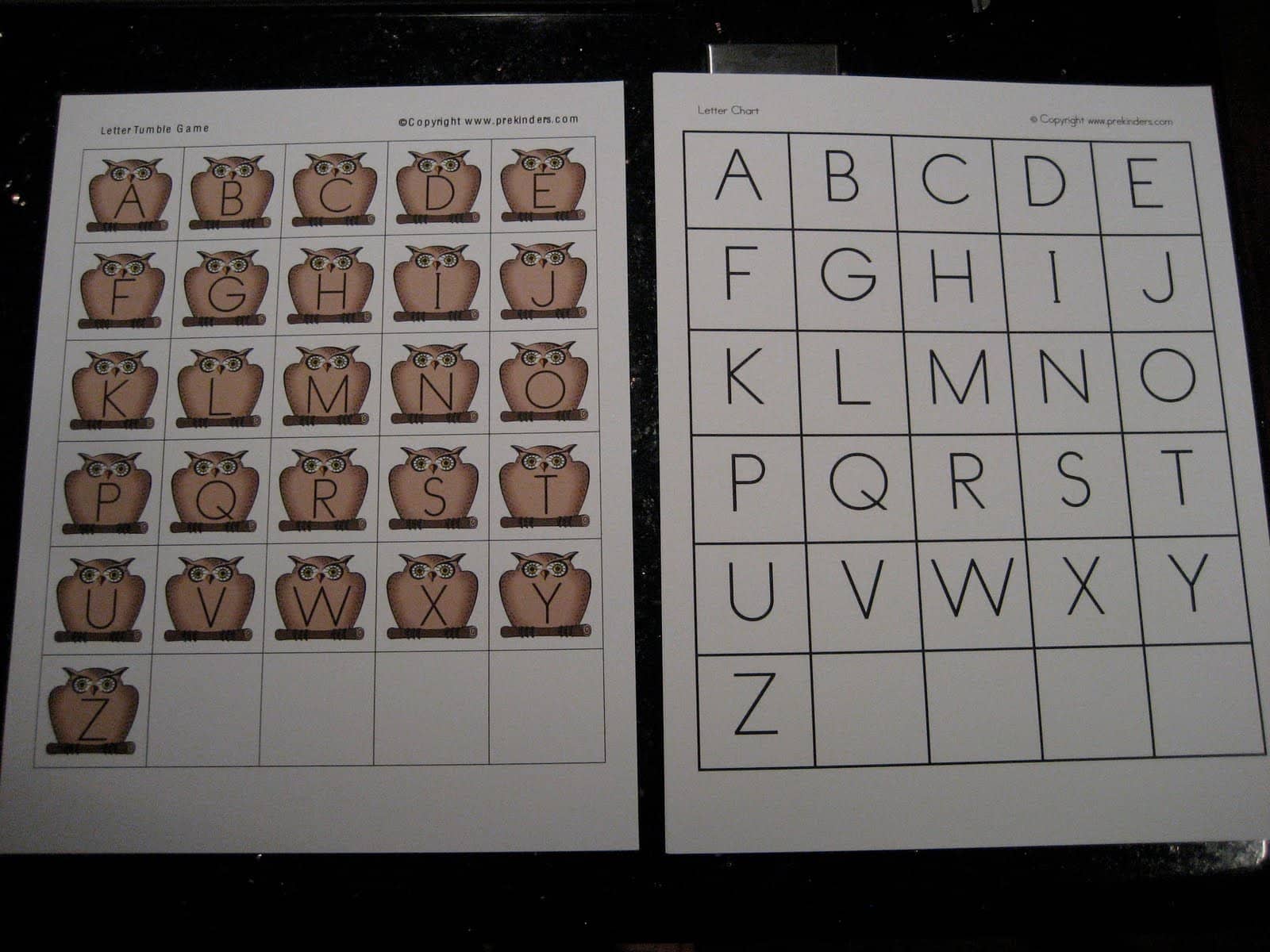 2. Cut up owl letter cards and put them in a plastic cup. For younger kids I'd recommend only putting 4-5 letters in the cup at the beginning... otherwise it is too overwhelming! 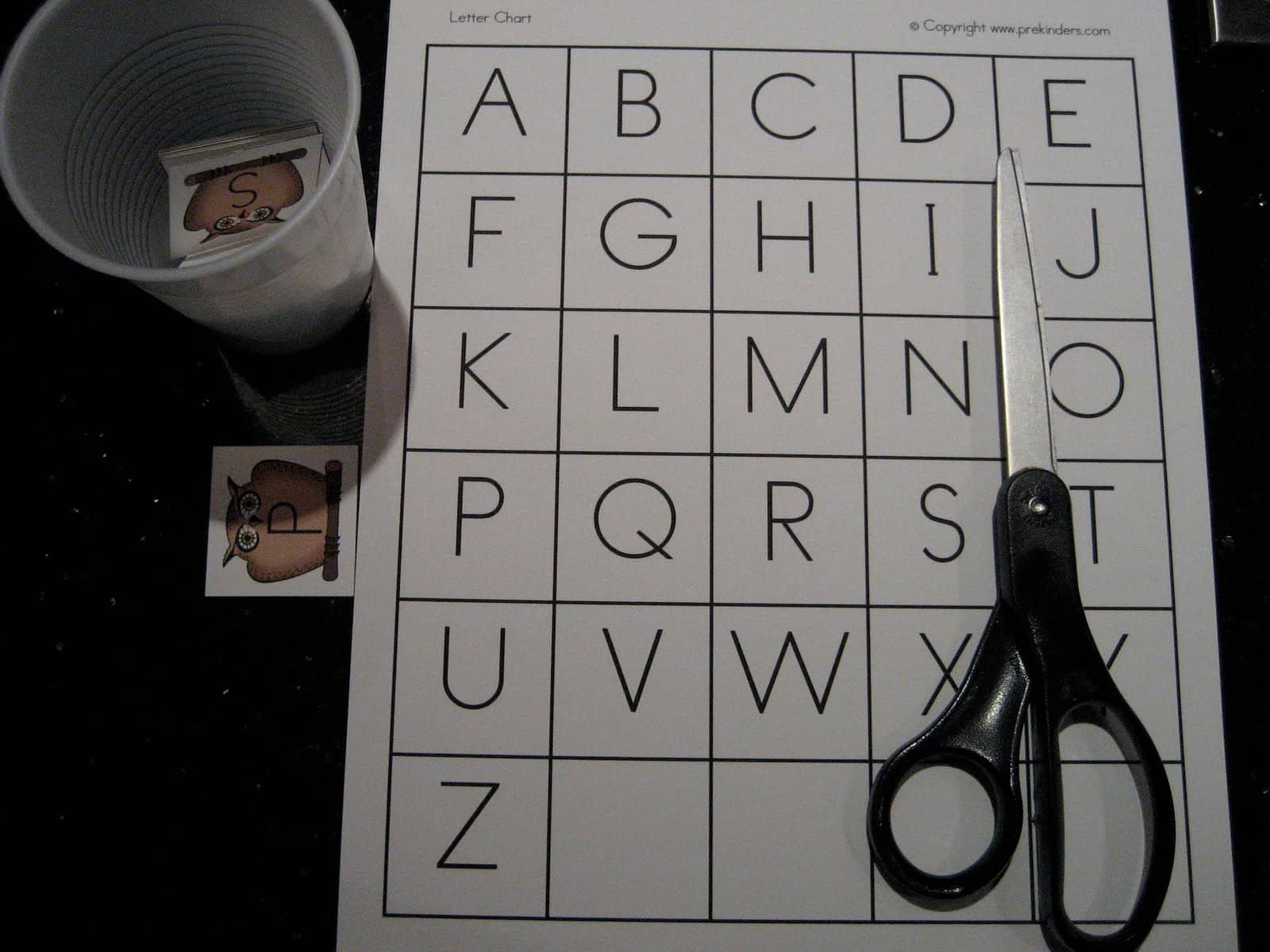 3. Have your child make their owls tumble by dumping over the plastic cup. 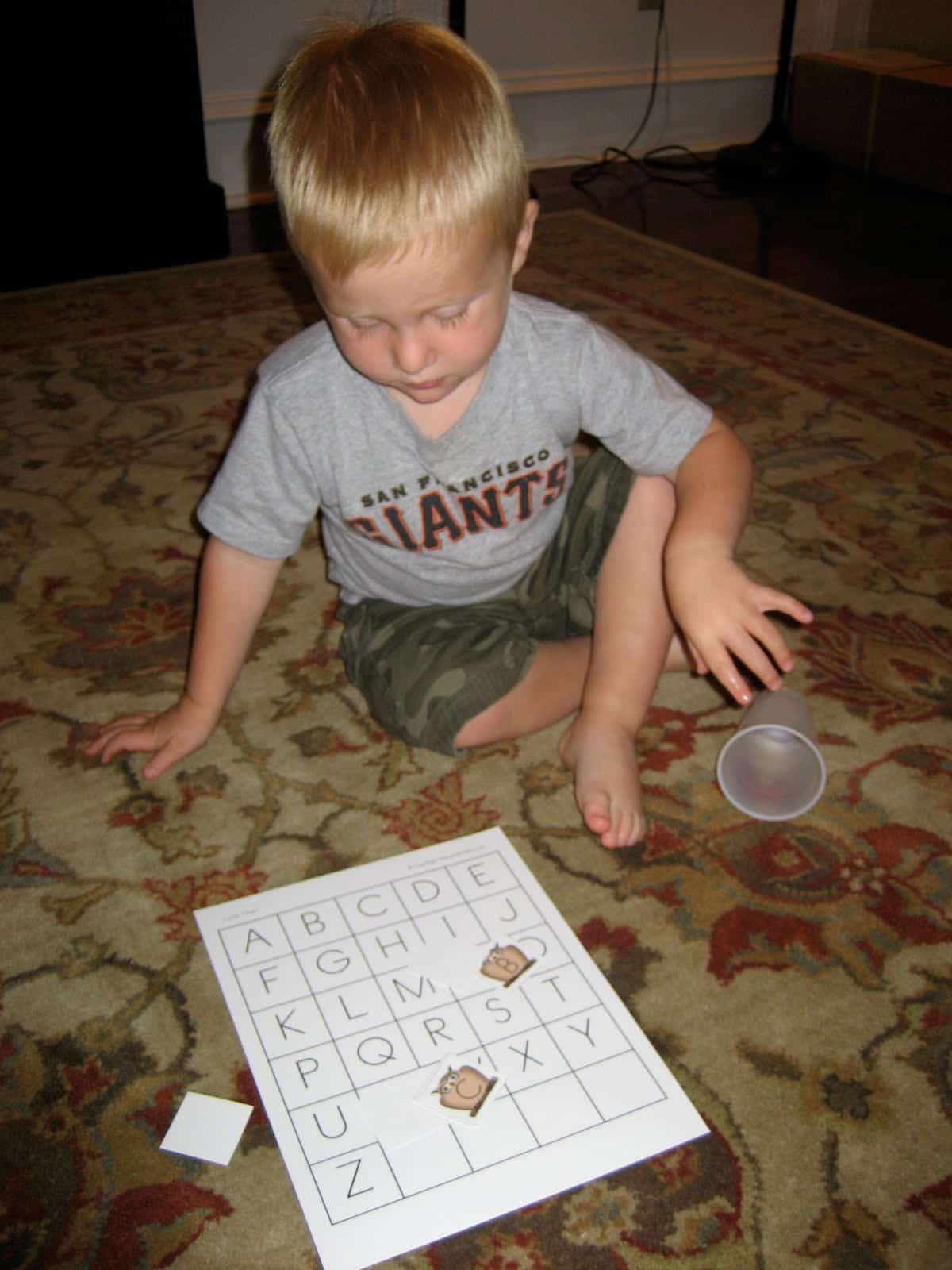 4. Then have them match the owl to the correct letter on the letter mat. 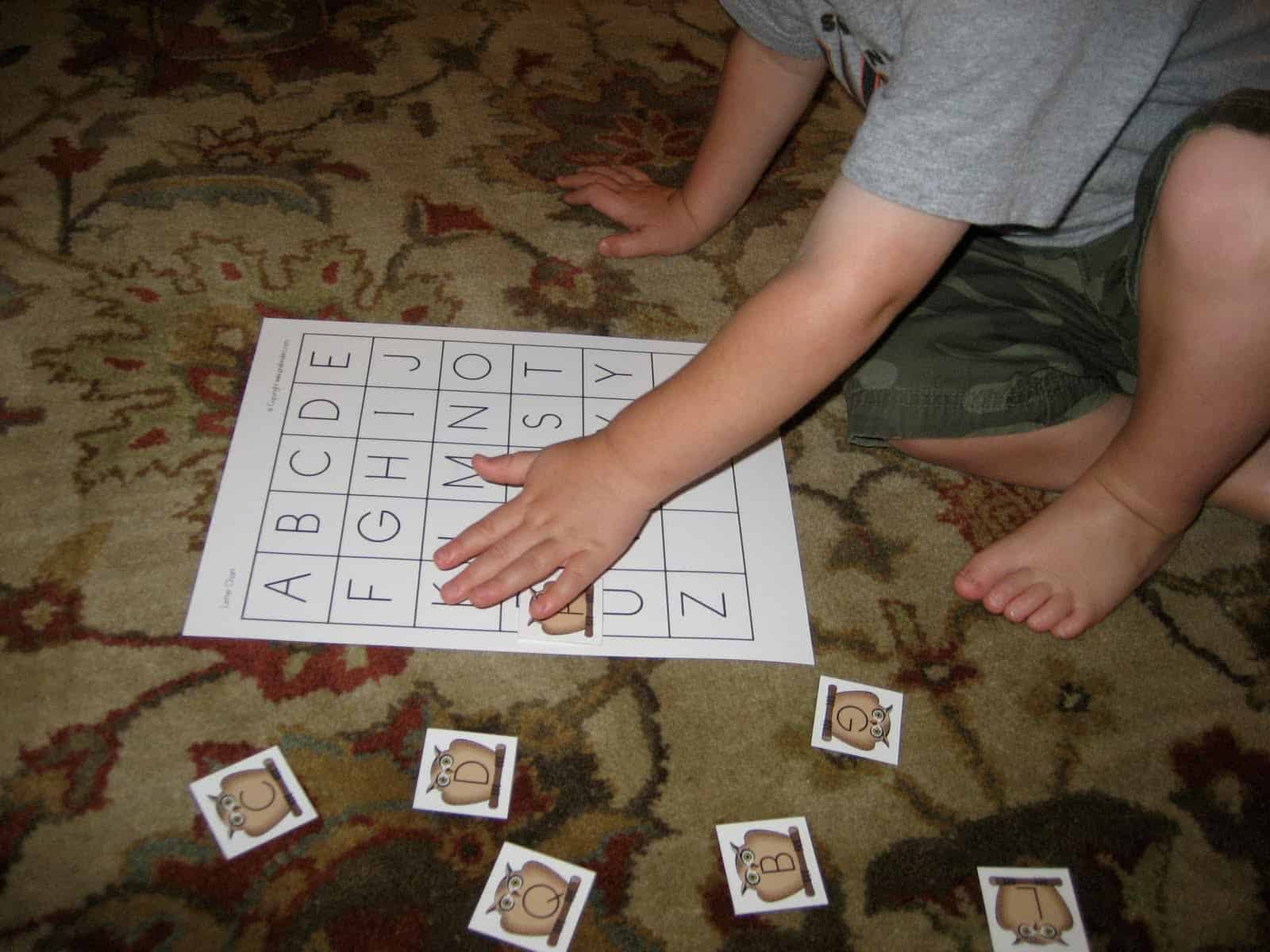 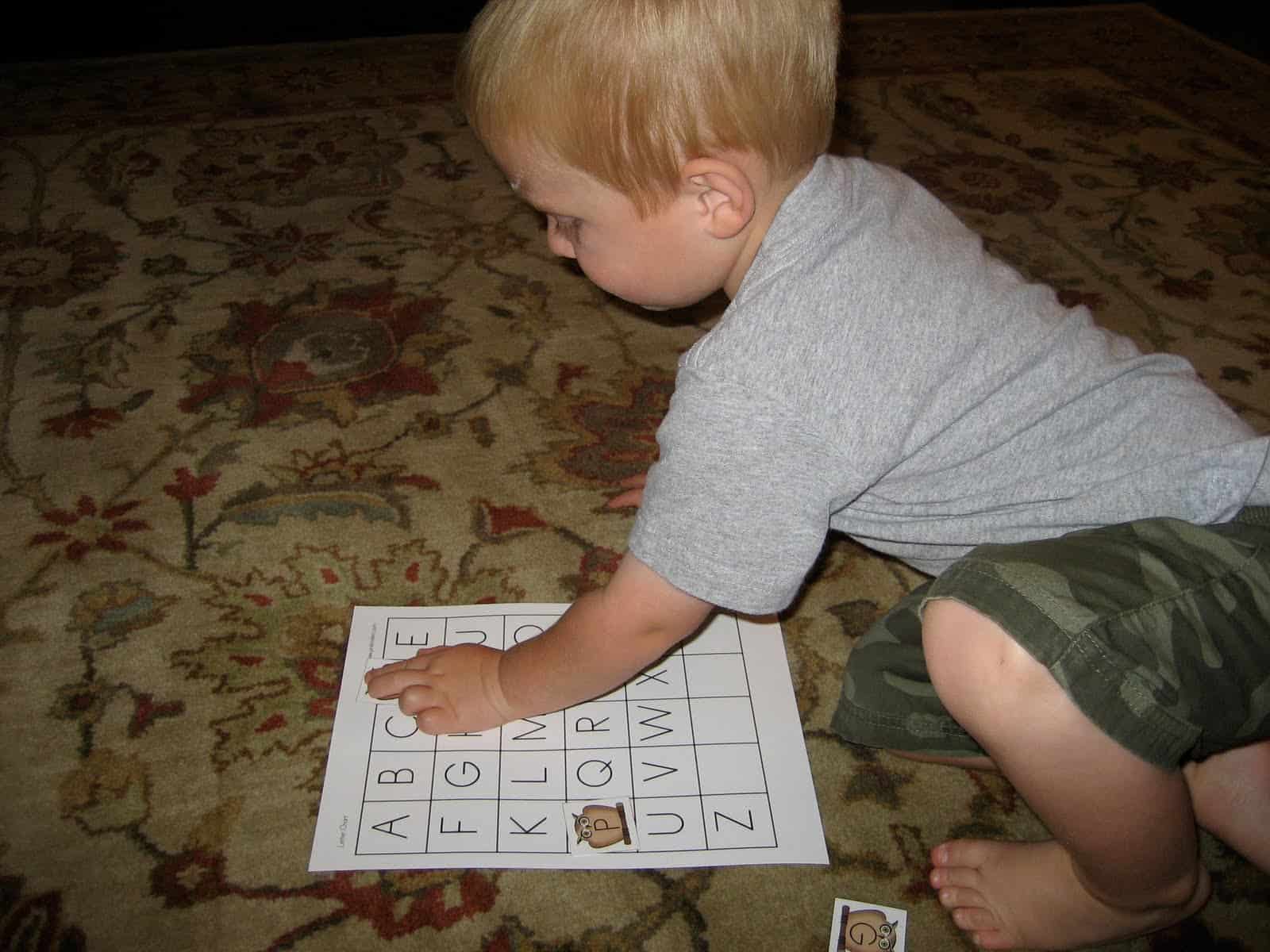 Take a break and make owl hooting sounds in your plastic cup! 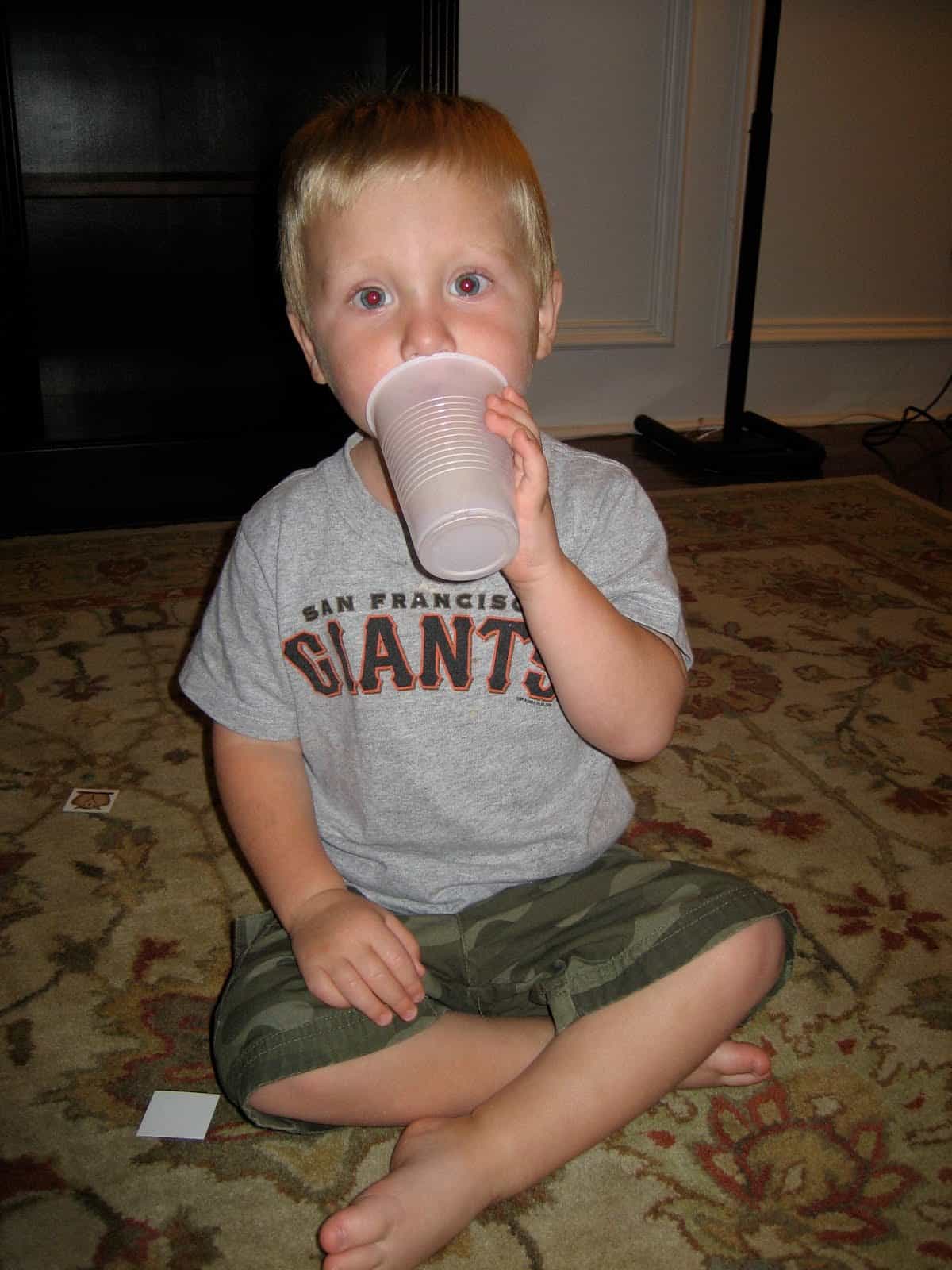 If your child is like mine and sensitive about not putting the pieces in the exact right spot on the board, you can have them point to the correct letter that matches and then you can place it for them. 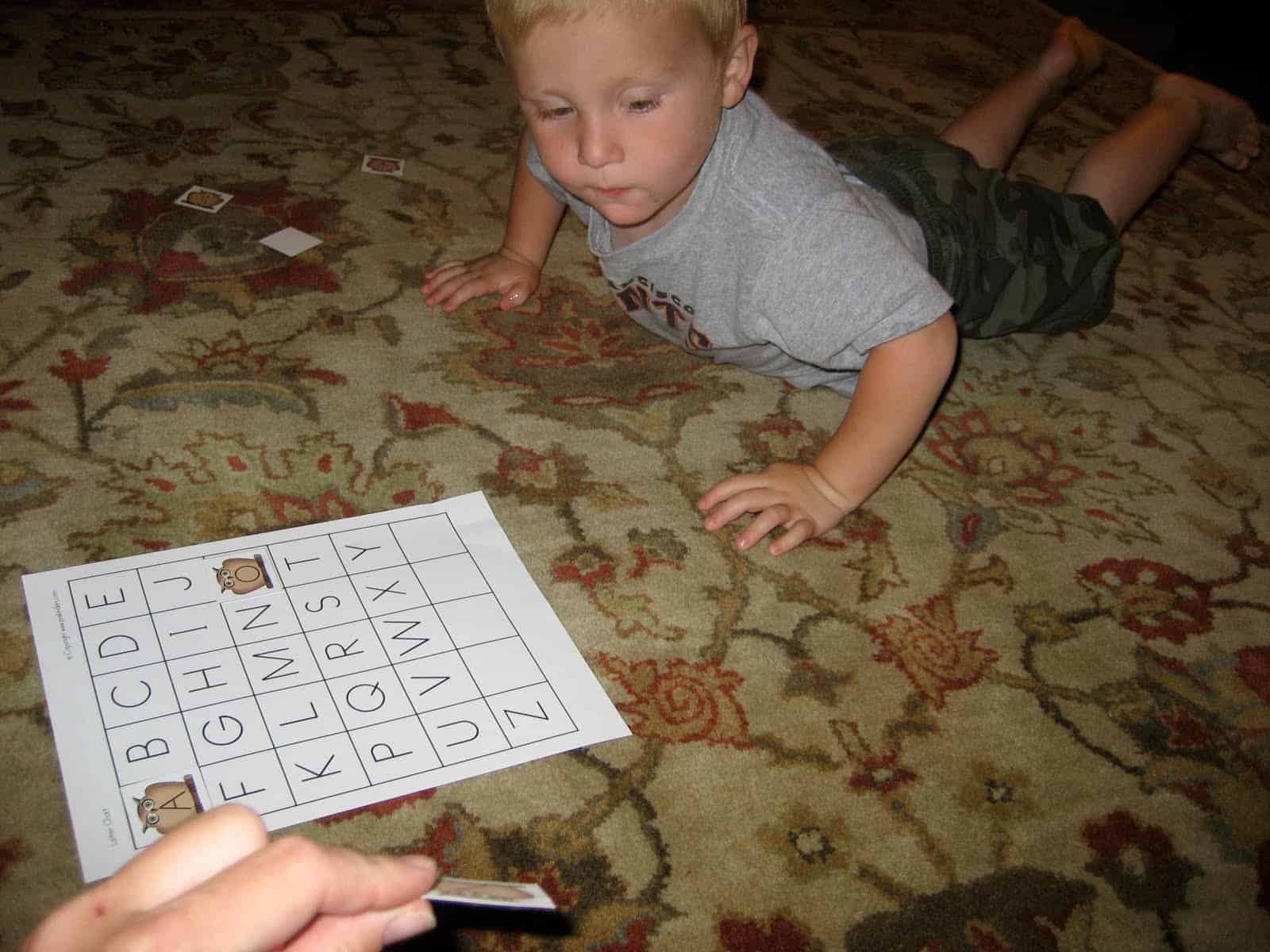 My son's attention span only lasted through half or three-quarters of the alphabet... so then we did some more hooting, singing, and fingerplays and we'll try again later to practice some of the other alphabet letters. While we matched, we talked about the sounds that each letter made and a word (usually an animal) that started with that letter. My son was especially happy to yell "OWL!" when we got to the letter O and I asked him what word started with the letter O. 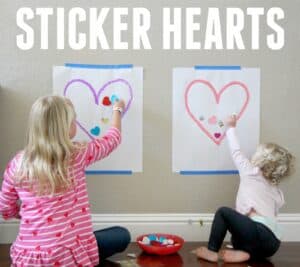