I found some of these neon letter pads at the Party Store last night... and had to grab a few. This morning we tried them out while we did a quick name spelling activity. 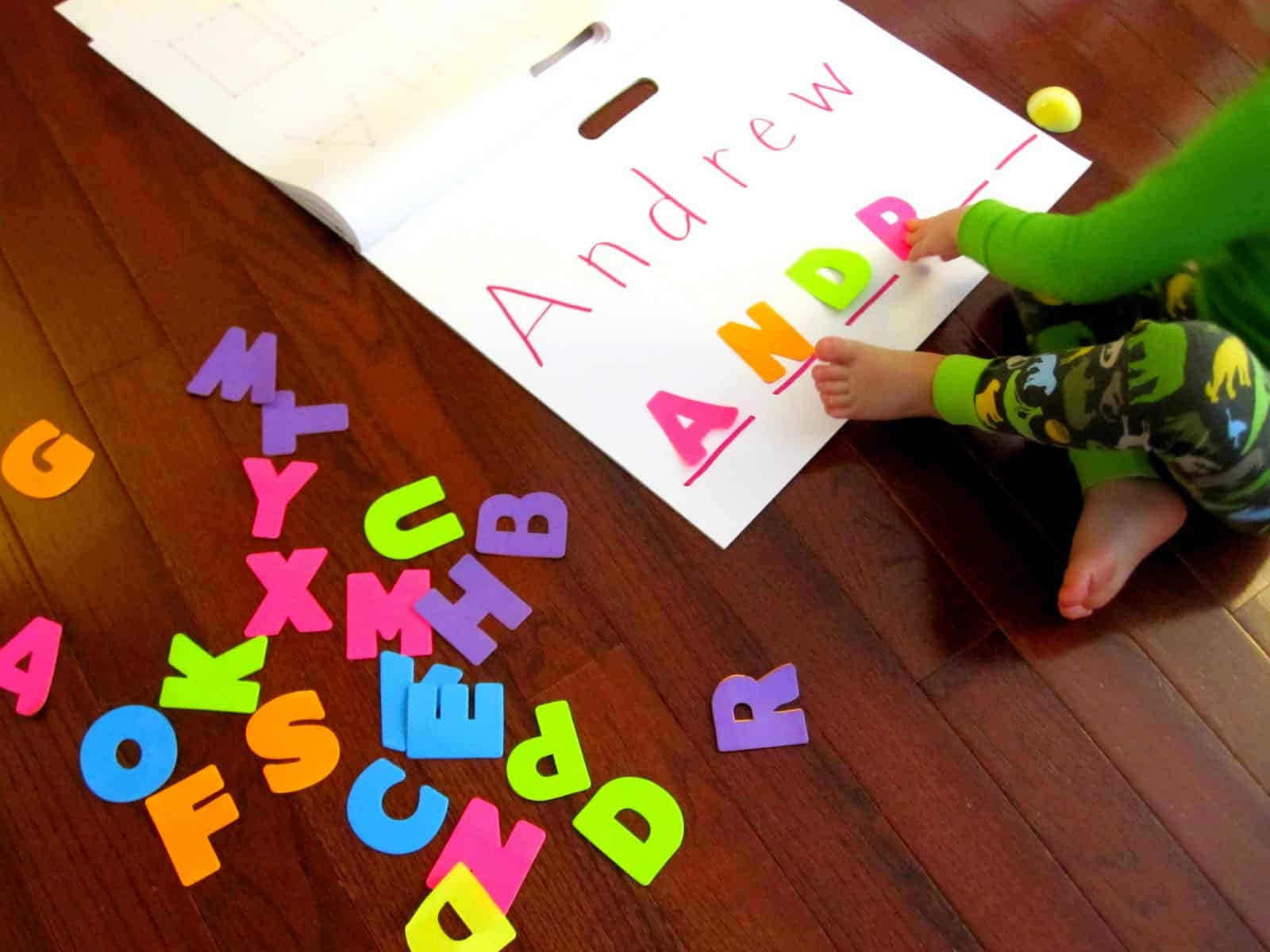 First I wrote my son's name on a big piece of drawing paper. Then I drew some blank spaces underneath. 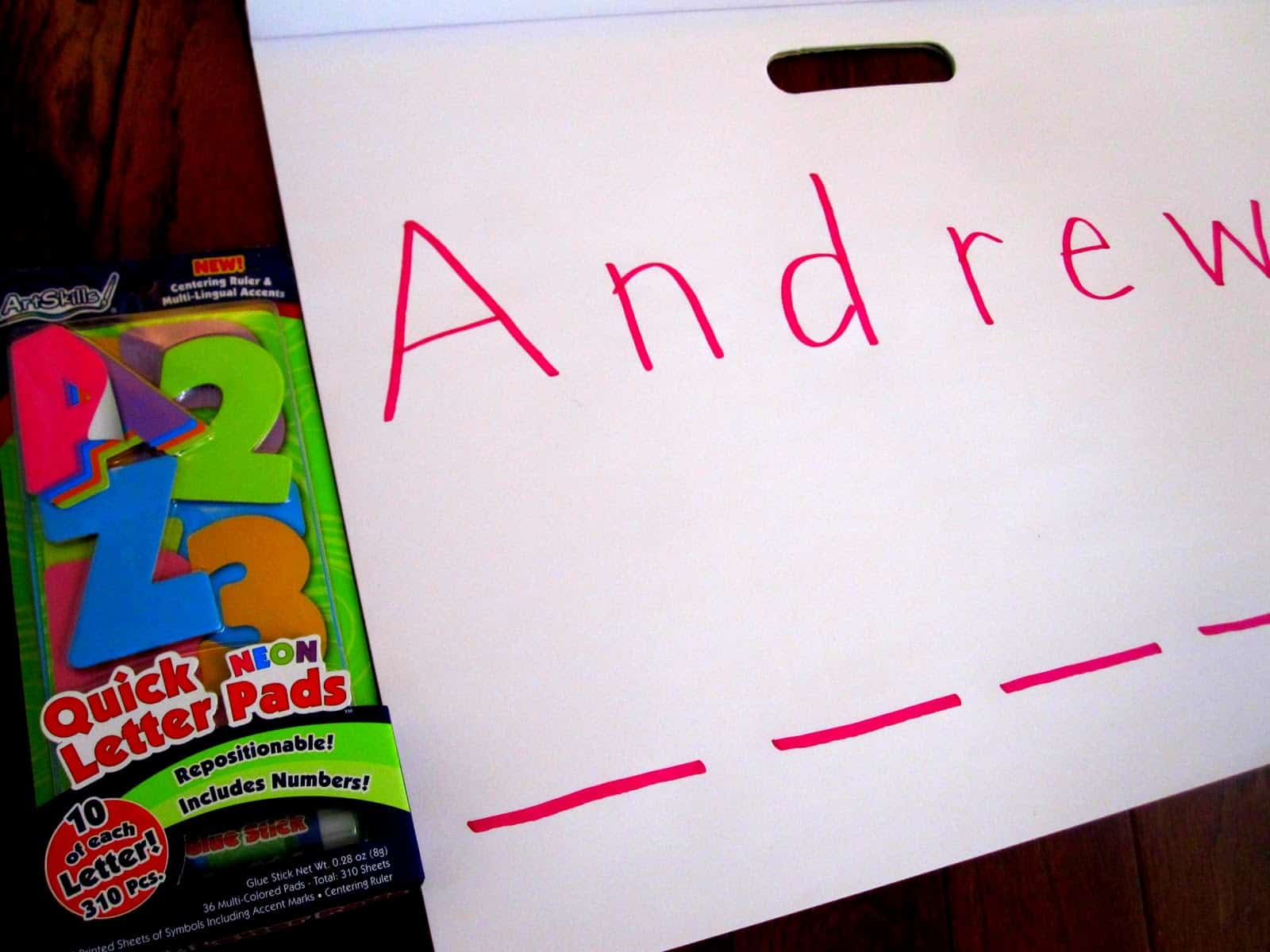 Then we spread out all of the letter pads so that we could see each of them. 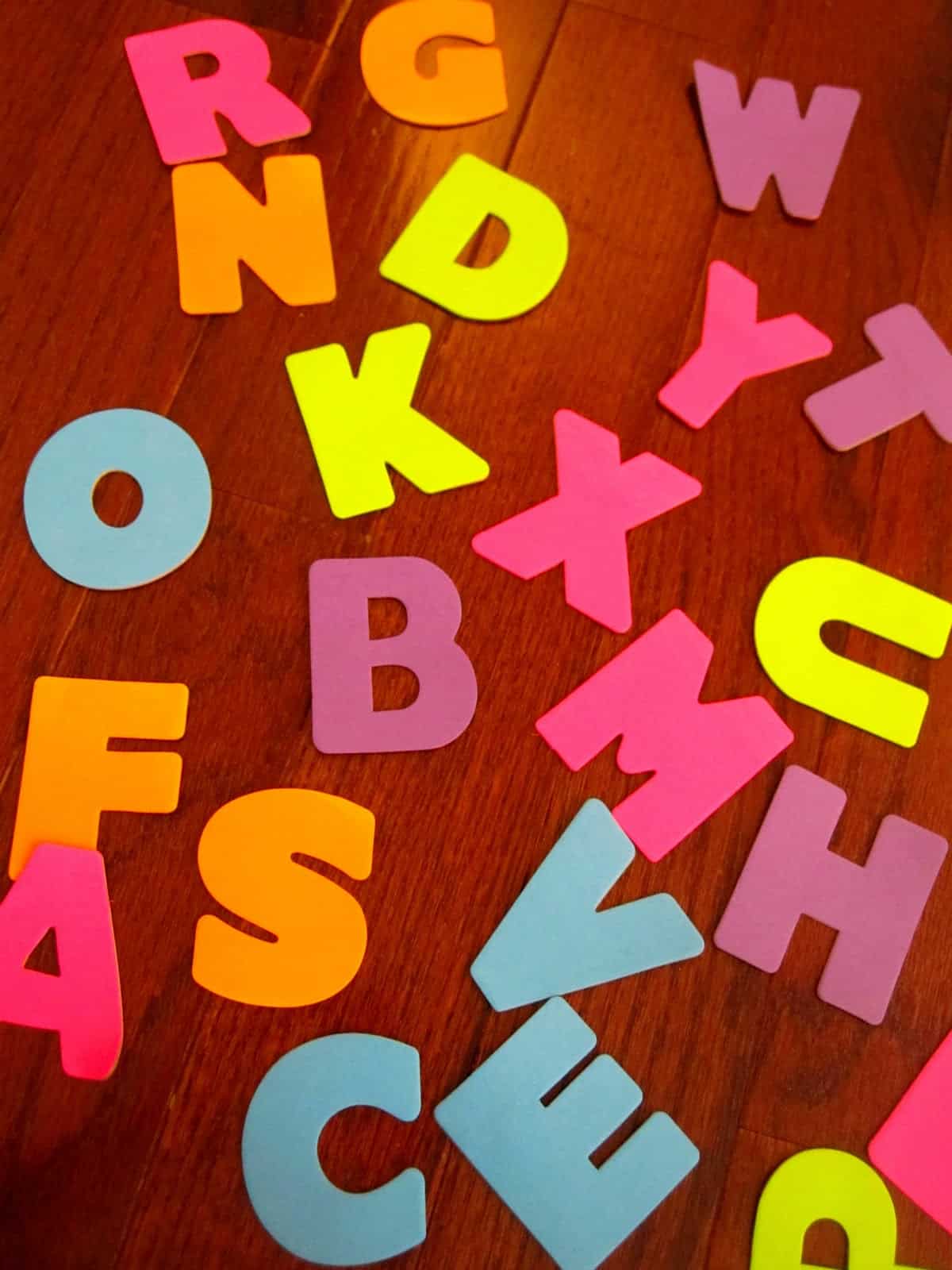 My little guy started off the activity by spelling his name. He used my big marker version to help him (as a visual cue).

Then I covered over my version, pulled off the letters, and encouraged him to try and spell his name by himself (without the visual model)- from memory. Wow, was I surprised! He got R and E confused and that was it. With a quick prompt to stop and sing his name song again... he remembered the right way to spell it... and he changed the E to an R.

Next he took his pencil and traced the letters on top of the letter pads. 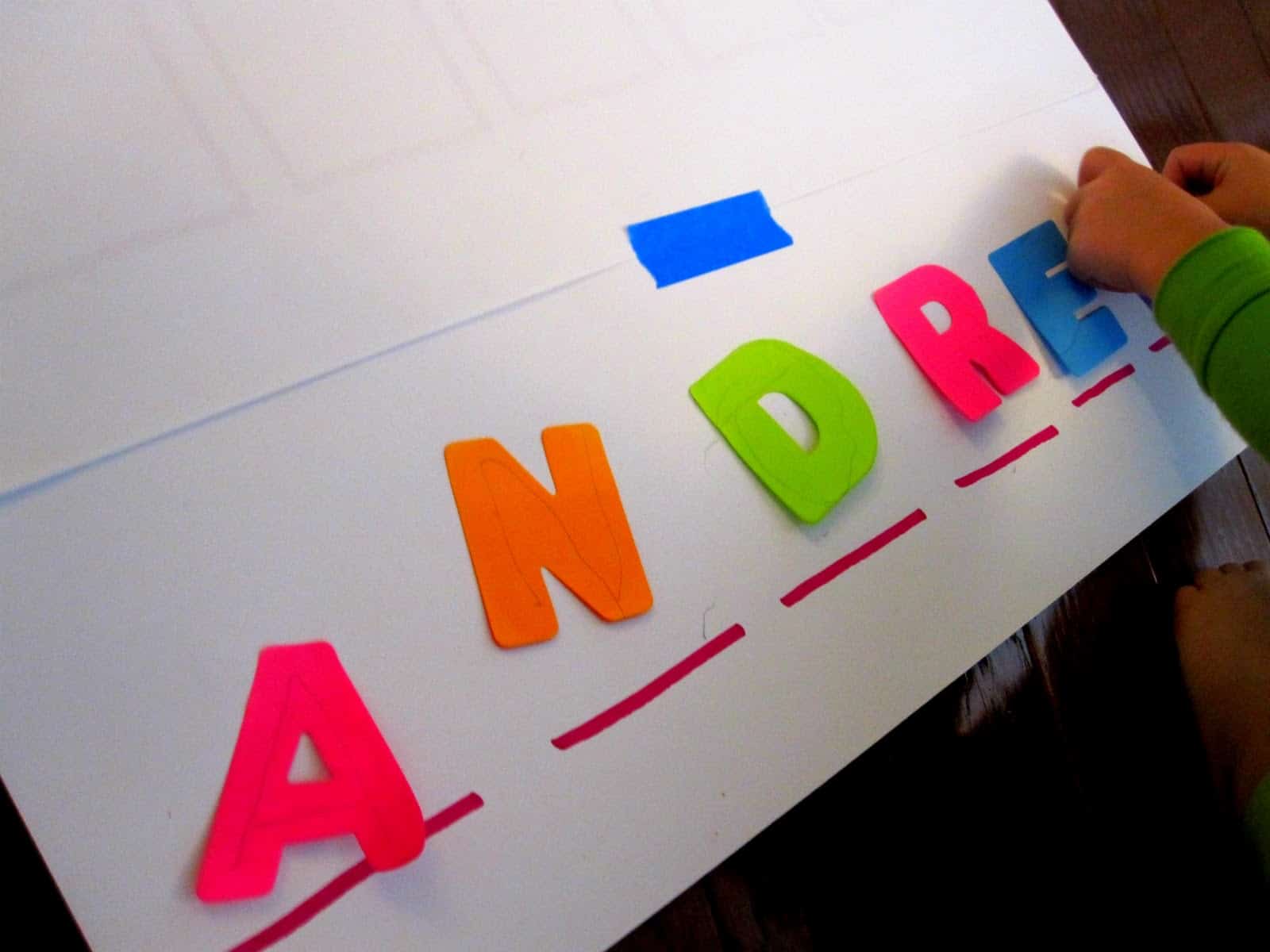 Then he tried writing the letters on the blank spaces without any help. 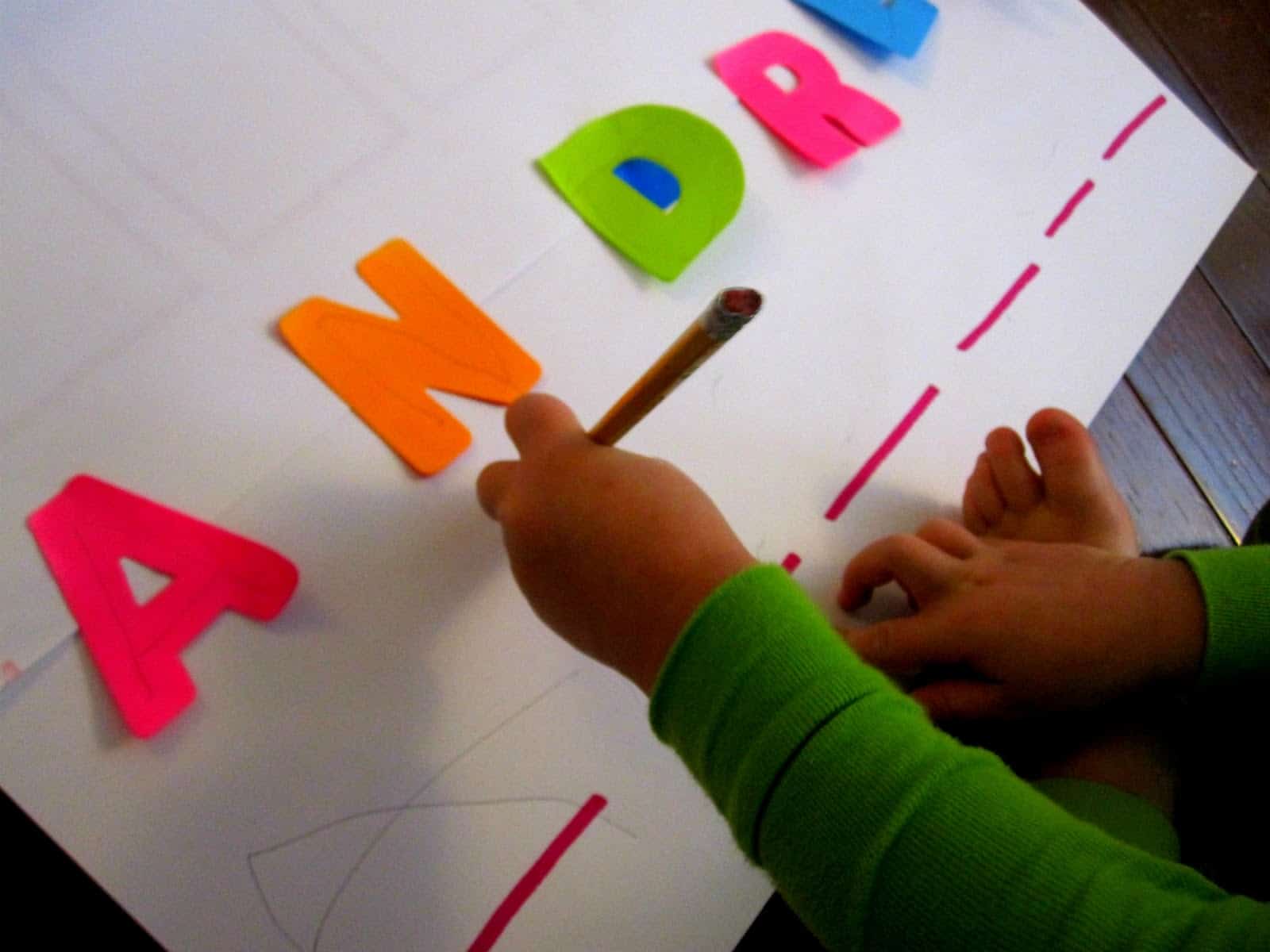 This activity was more of an exercise in exploring his name than writing it correctly. It was also a fun way to practice spelling because it used new-to-us materials. It is awesome that a new tool can make a boring activity into a more exciting one.

I just enjoyed watching as he tried to copy the lines and shapes. He spent the rest of the day at church trying to write his name on all sorts of pieces of paper.

Note: If they had lower case letter pads, that would be preferred (with a capital first letter), but this set didn't.

What are some other simple ways to help your child learn to write/spell his name?