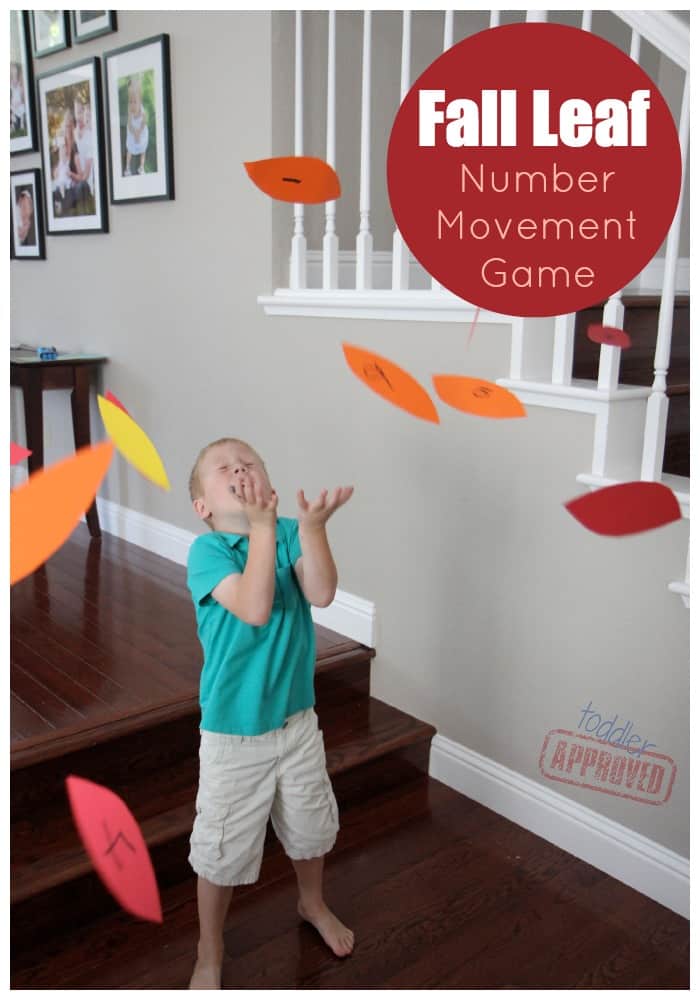 Since Fall is fast approaching, we decided to write numbers 0-10 on some paper leaves and create Fall inside our house! My kiddos never stop moving... so they came up with a fun way that they could move around a lot while still learning.

Here are the supplies we needed...

Here's what we prepped ahead of time... 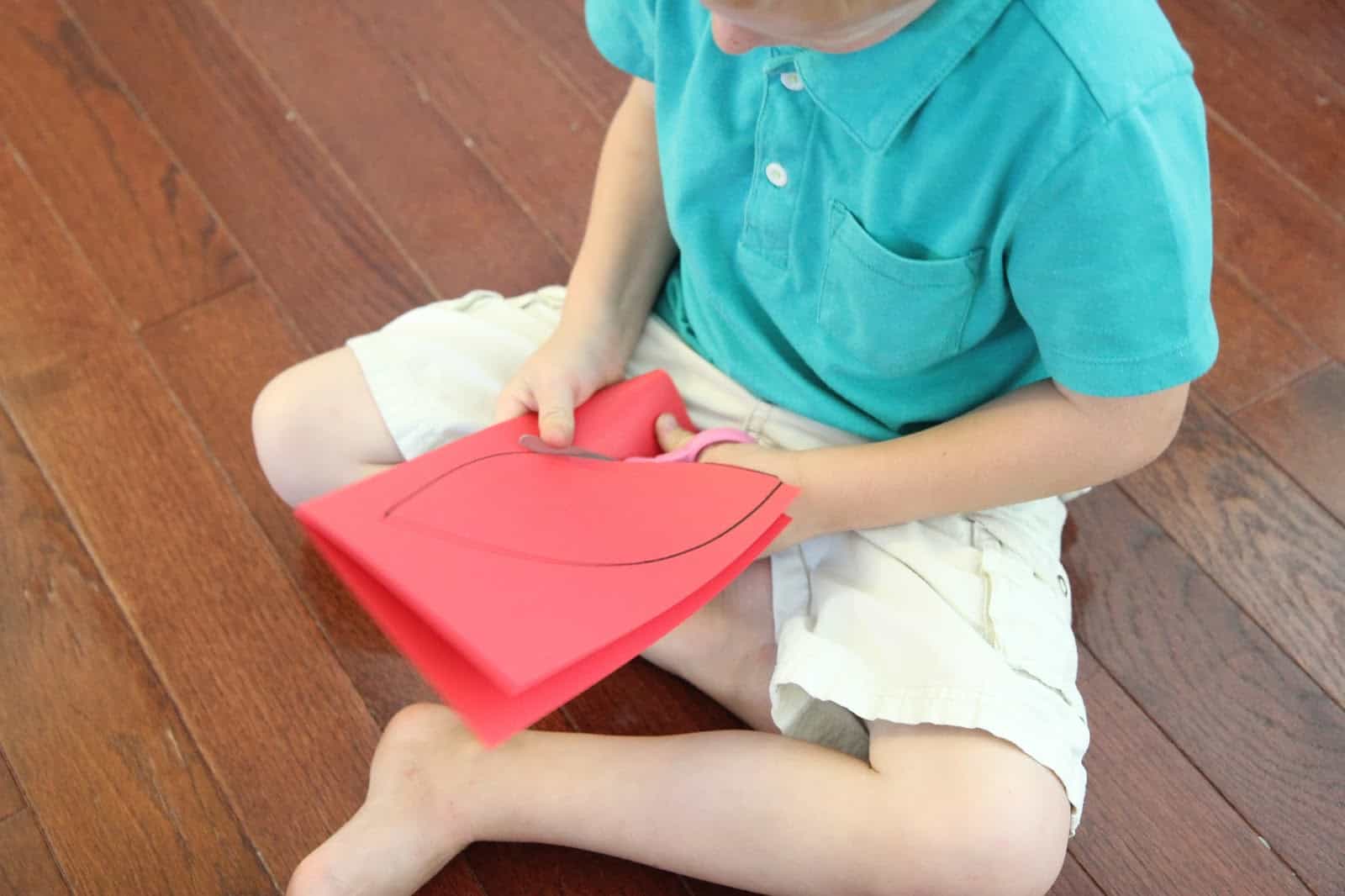 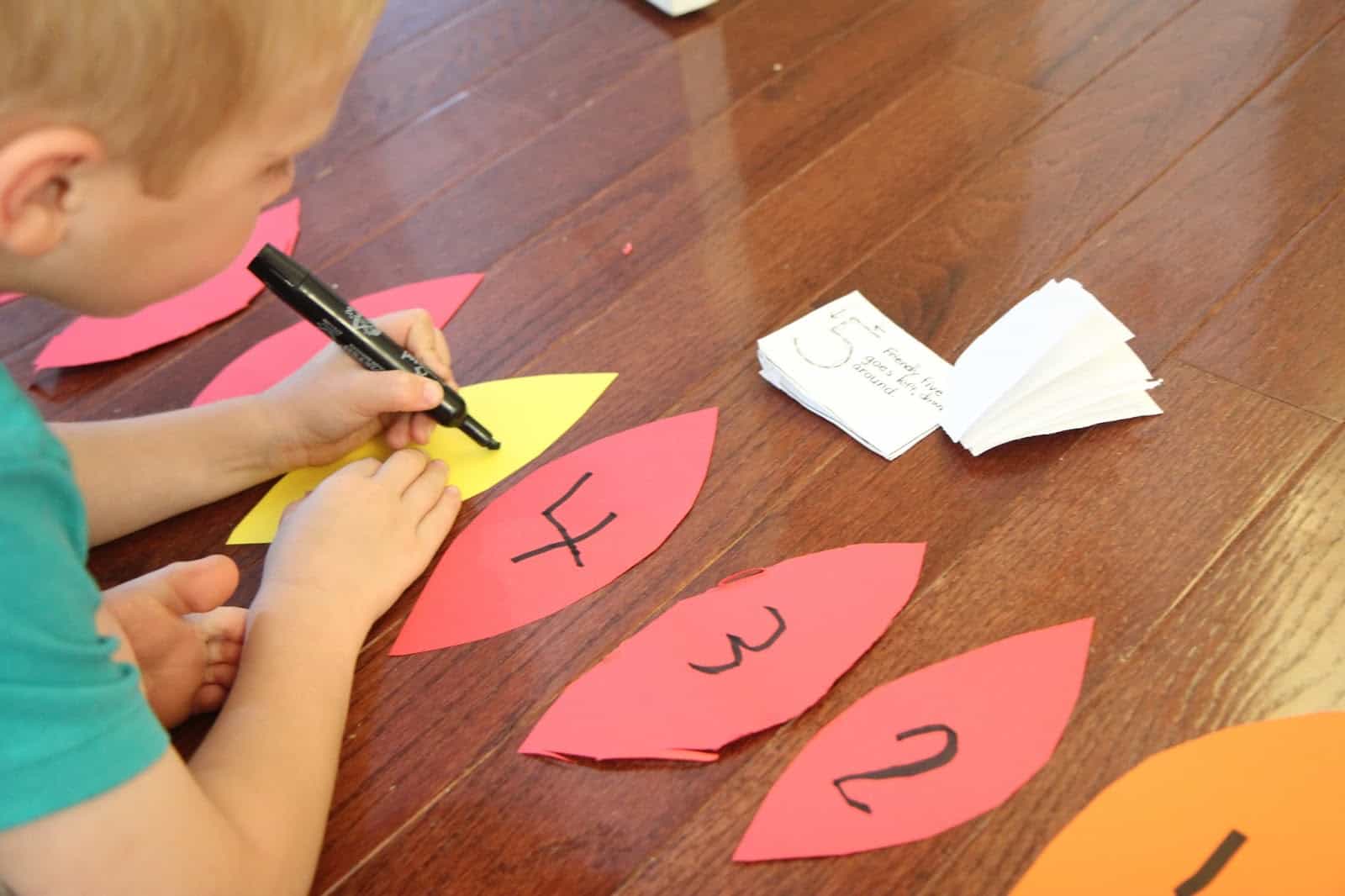 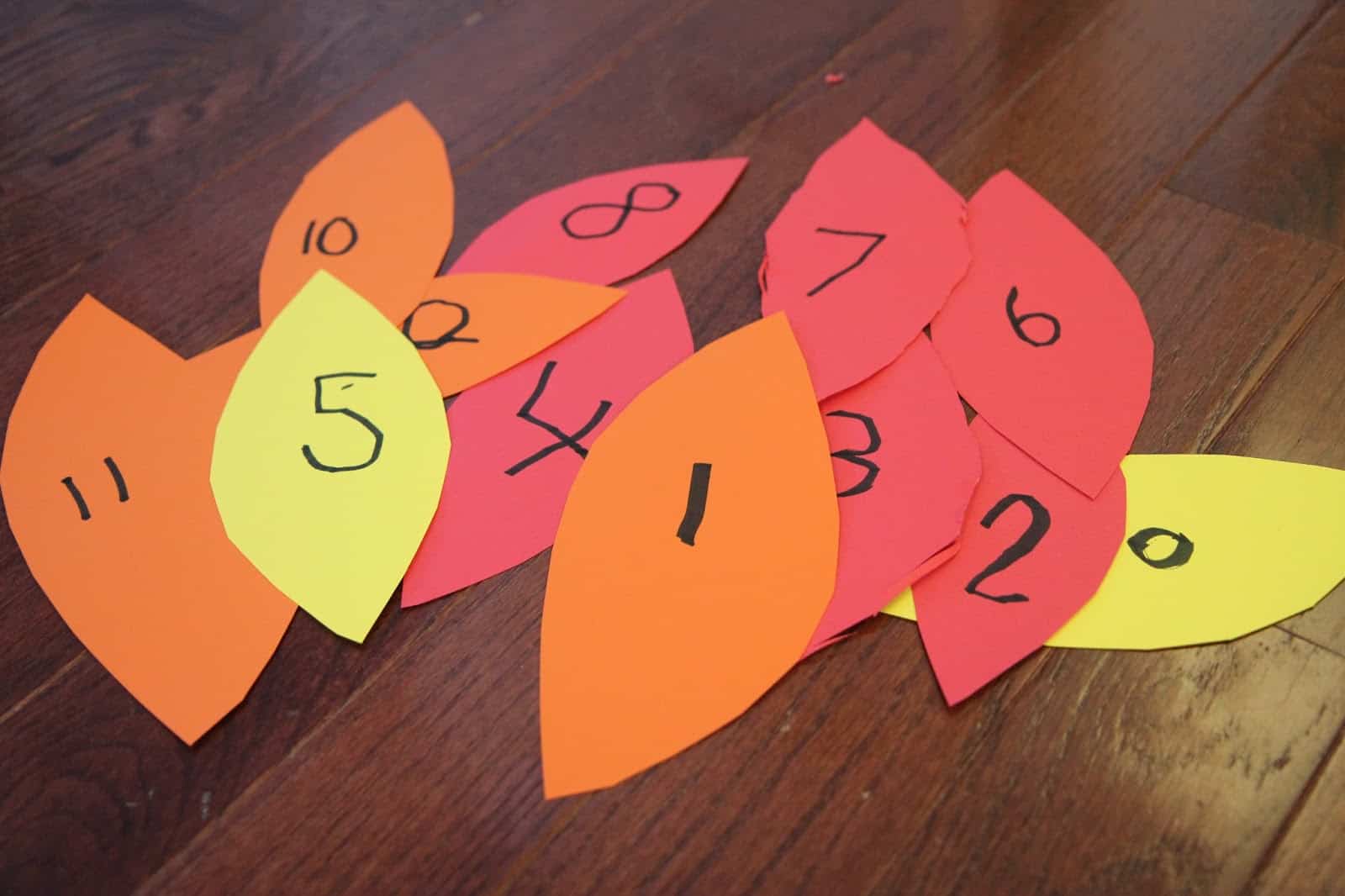 Next I drew a large tree on a piece of easel paper and I wrote numbers 0-10 where the branches should've been. 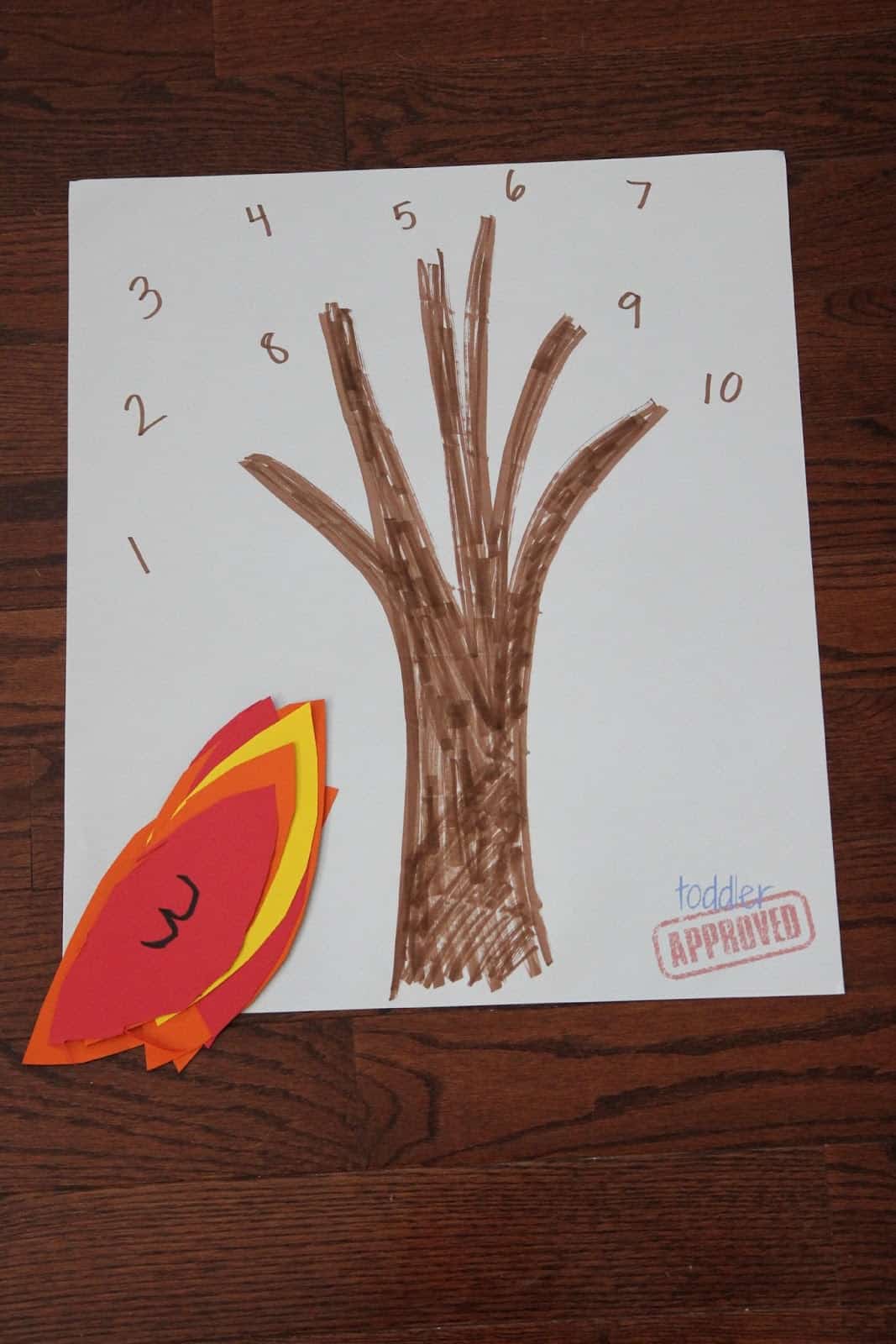 The kids came up with two games... 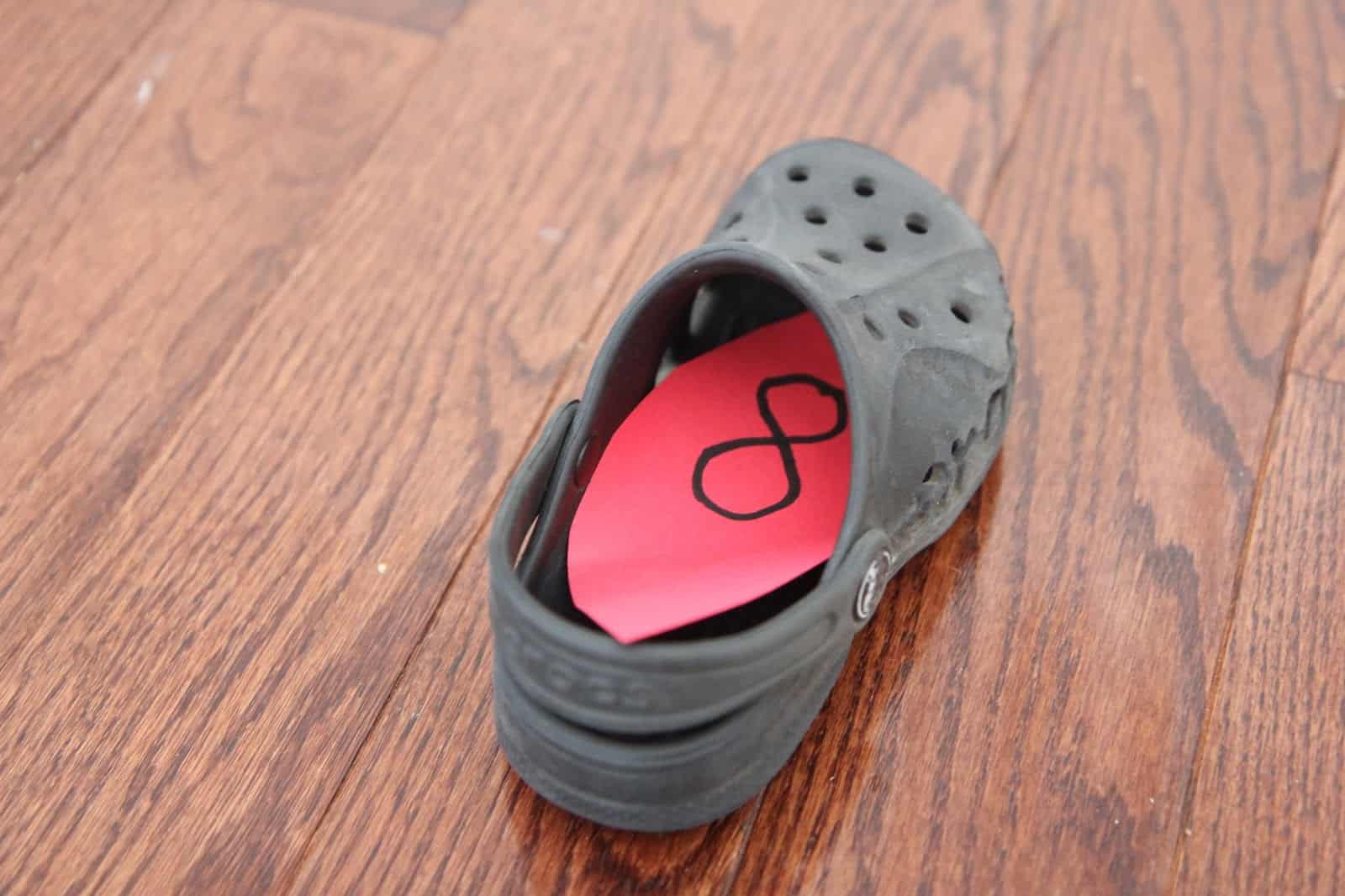 Once they found all of the numbered leaves, they brought them back to the number tree and tried to match them to the correct number... while saying the number aloud too. 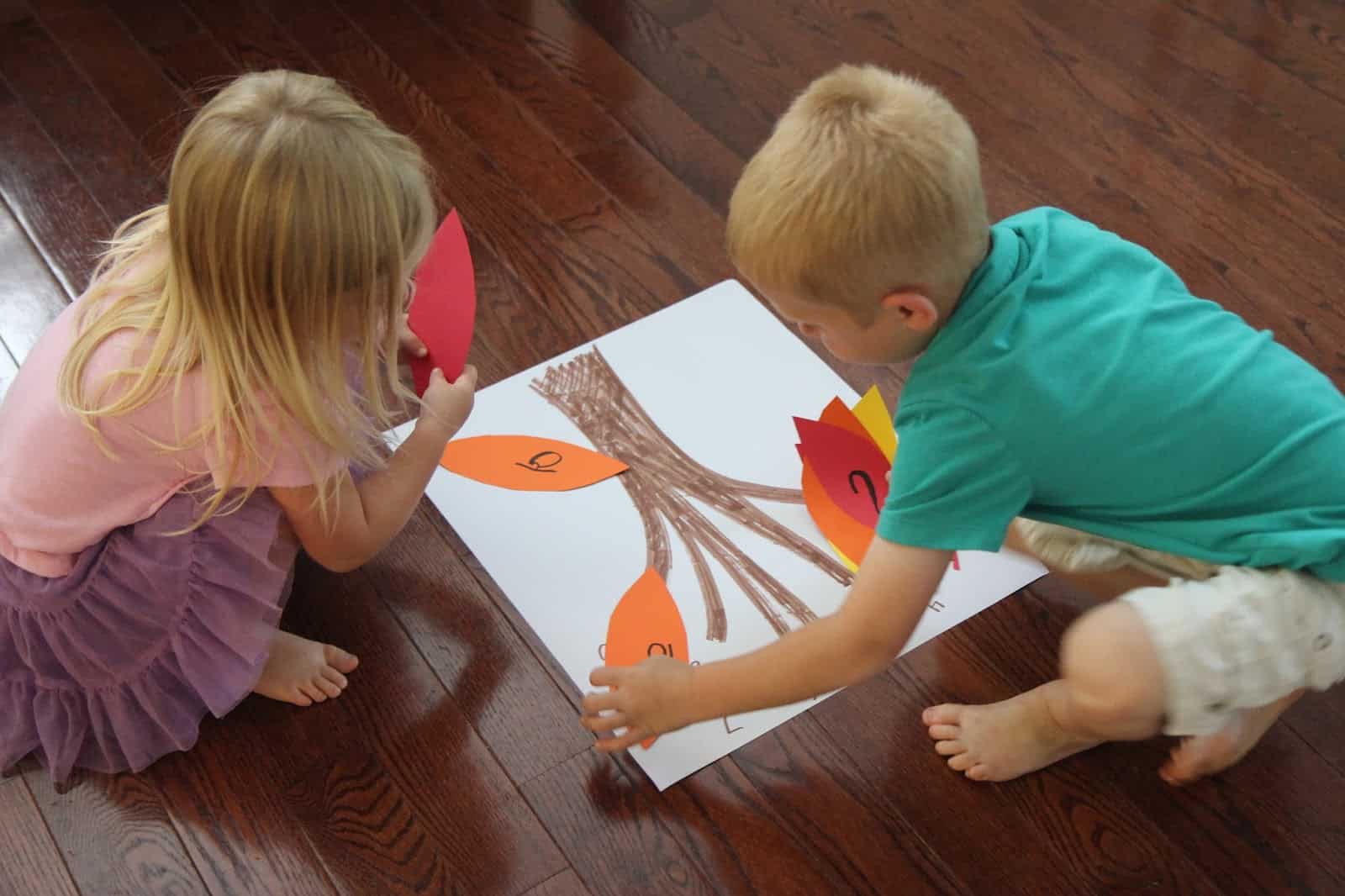 After they matched the leaves... they started throwing them! I decided to embrace that idea since throwing and catching is really a great hand-eye coordination skills activity. 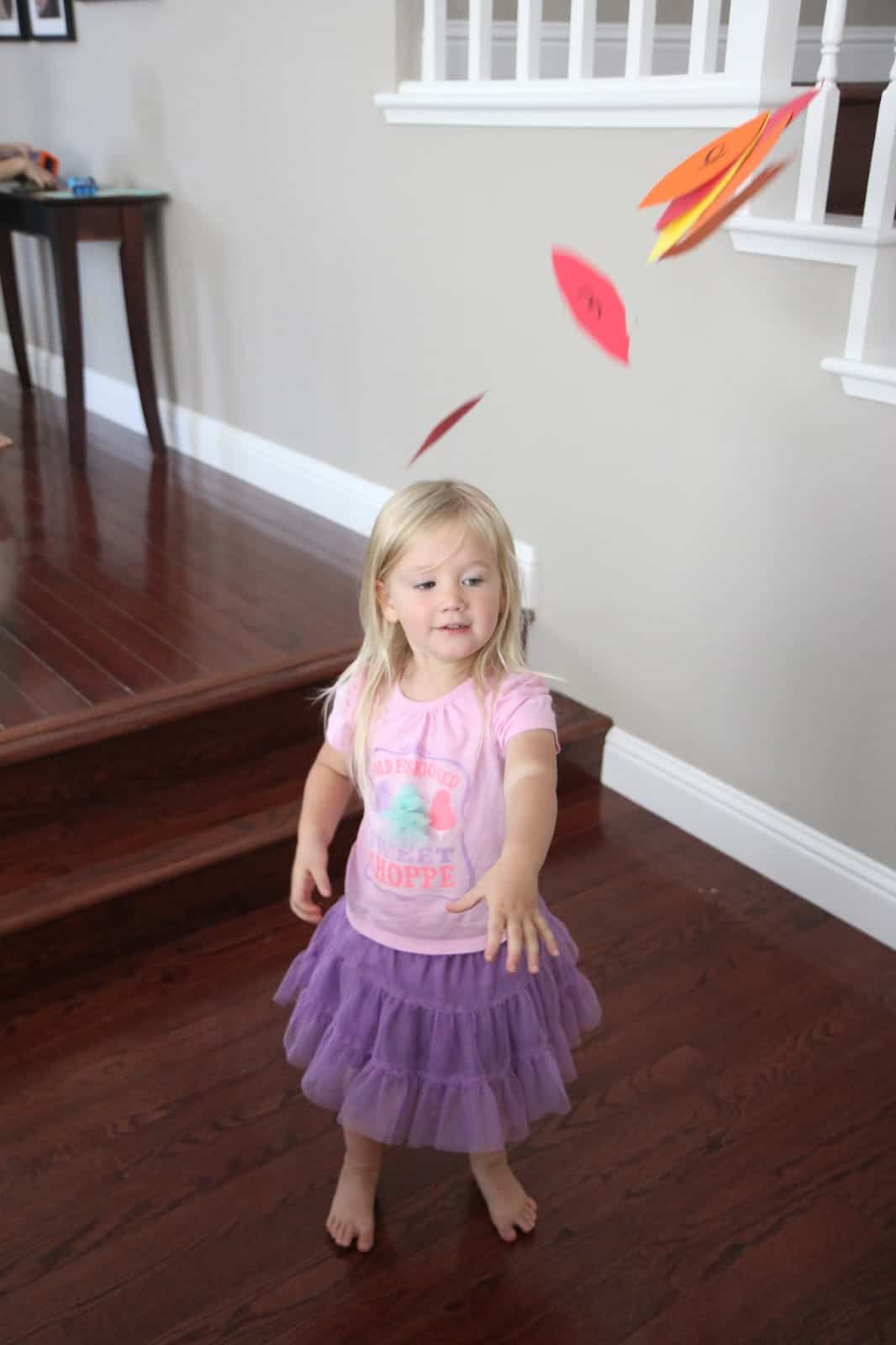 The kids threw the leaves up in the air and then tried to catch them and say the number(s) that they had caught! Once all of the leaves had fallen everywhere then I would say something like, "go find the 4" and they'd run to find the number 4... and then we'd repeat that with another number.

As they found the numbered leaves they would match them to the tree and fill it up till it was full... and then we'd play again! 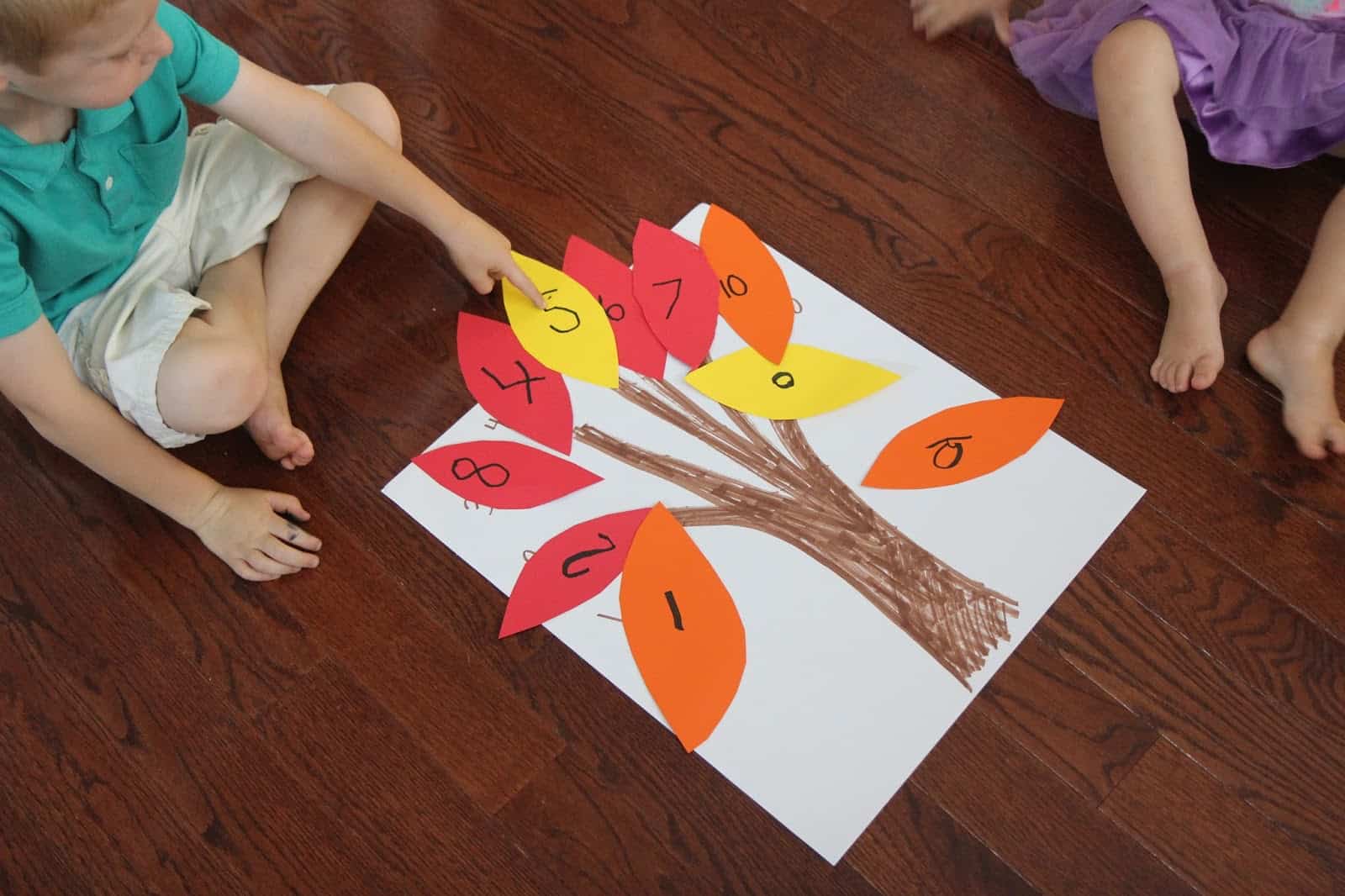 This game was a simple and fun way to sneak in a little number writing practice, number recognition, counting, and number matching... along with working on hand-eye coordination and throwing... and a few other motor skills.