Dinosaurs, fire, AND a volcano... that is what our morning was filled with today. I think the volcano projects were my little guy's favorite. We did this one during the baby's naptime this morning. 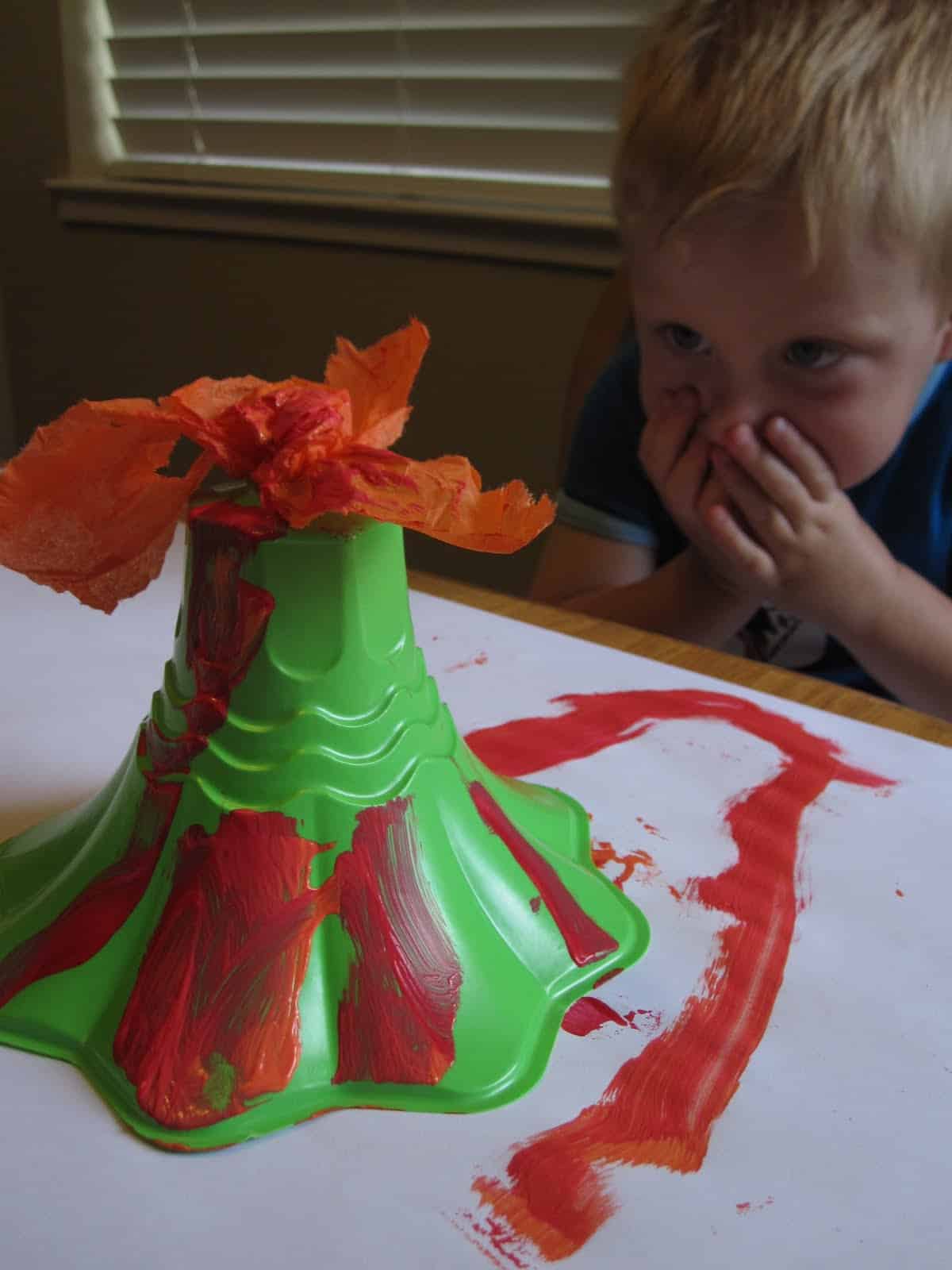 Last week we went to a hot rod car show in our little town and they were selling shave ice. I kept all of the containers because they were cool shapes and I knew I'd think of something to do with them. Today we used one of them as a VOLCANO! 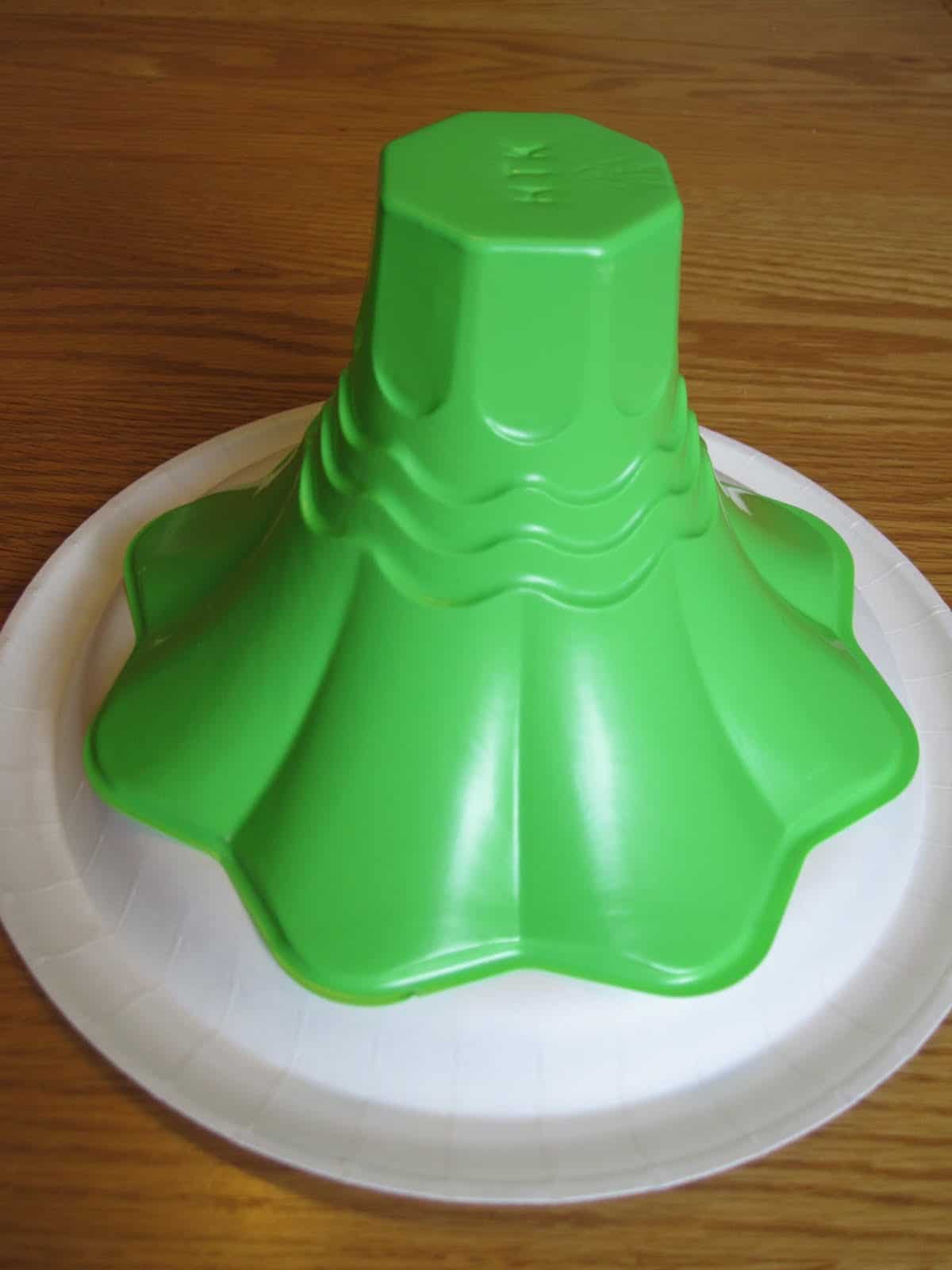 Materials Needed: something for your volcano base (we used shave ice lily cups), paint (red and orange), scissors, red and orange tissue paper (or napkins), and a paintbrush. We didn't use the glue after all. 🙂 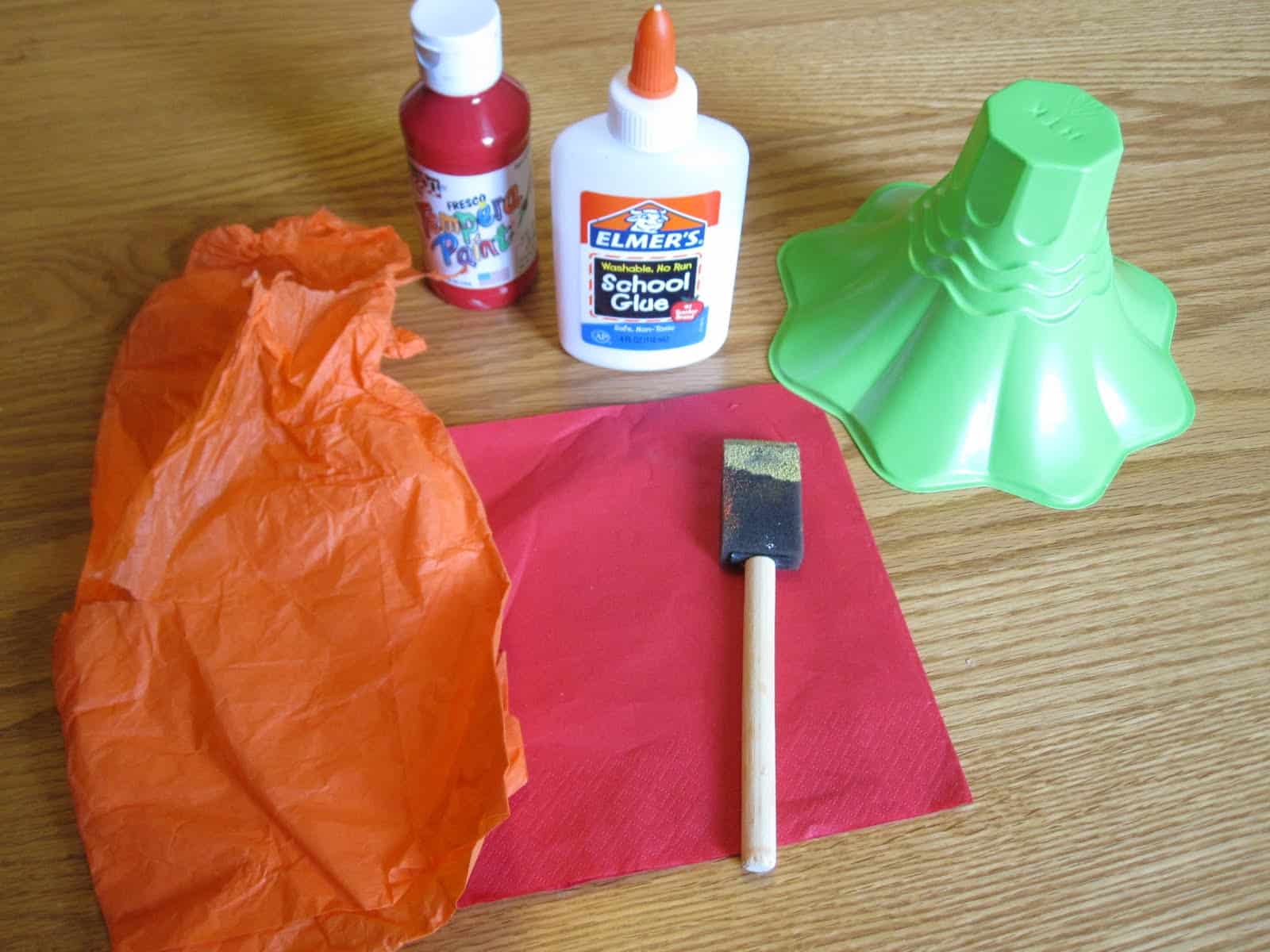 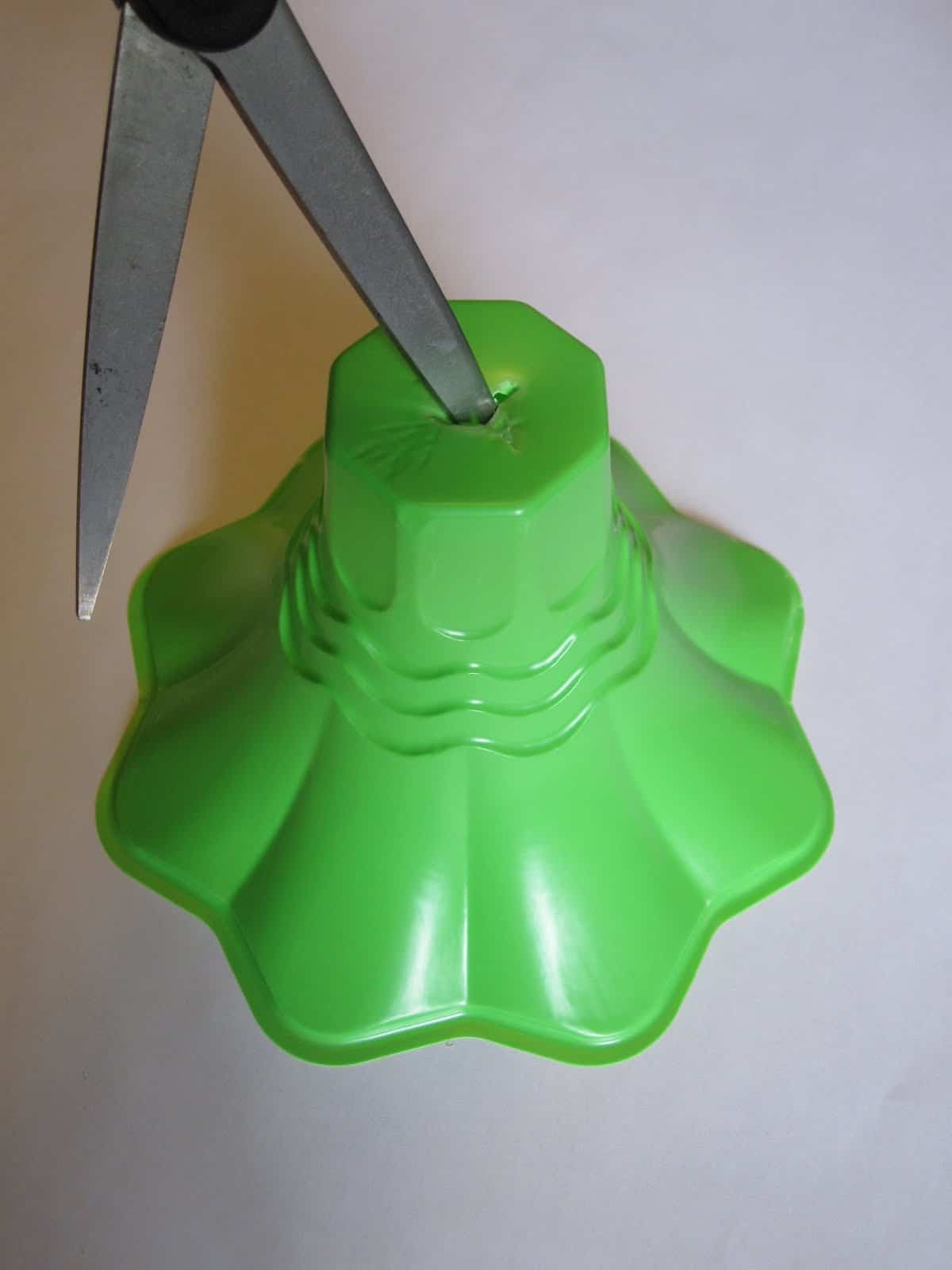 2. Stick the tissue paper through the hole and push it up. Talk about how the hot stuff inside the earth is called magma... and when it reaches the surface and starts to flow it is called lava! It is awesome to talk about these steps while your little one is making their magma turn into lava and come out of the hole. 🙂 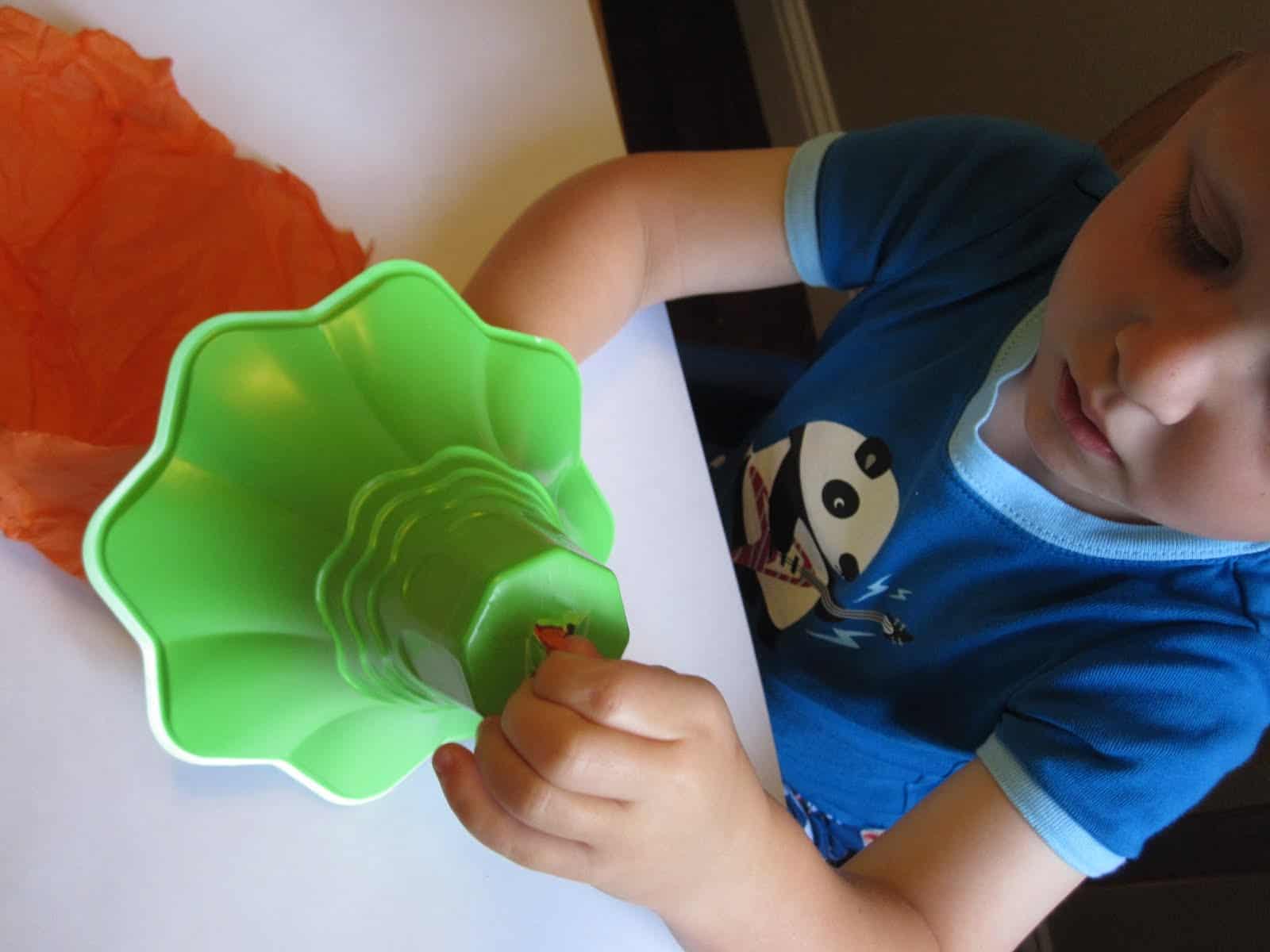 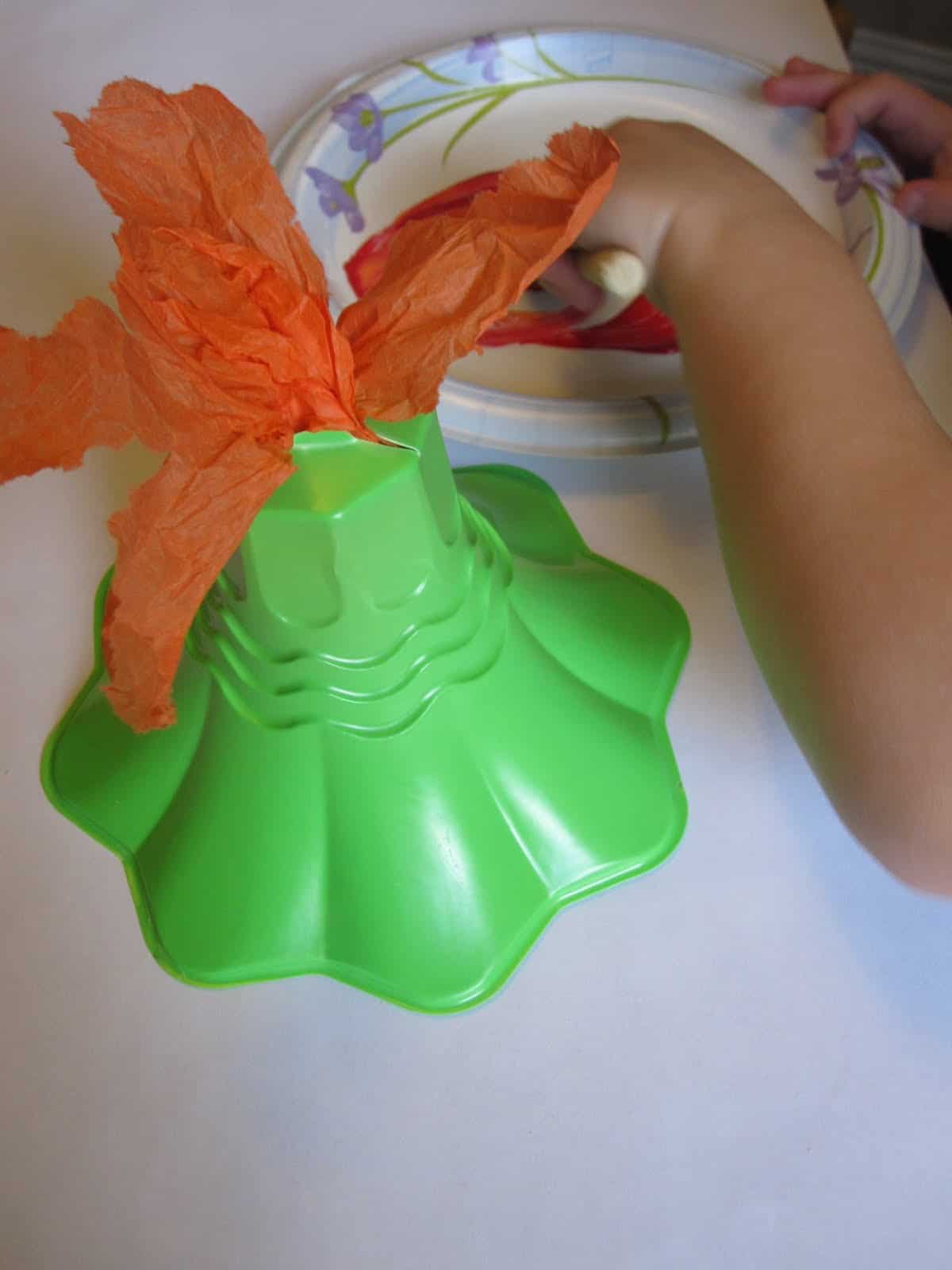 2. Grab some paint and start making your lava come down the sides of the mountain. We mixed red with orange. 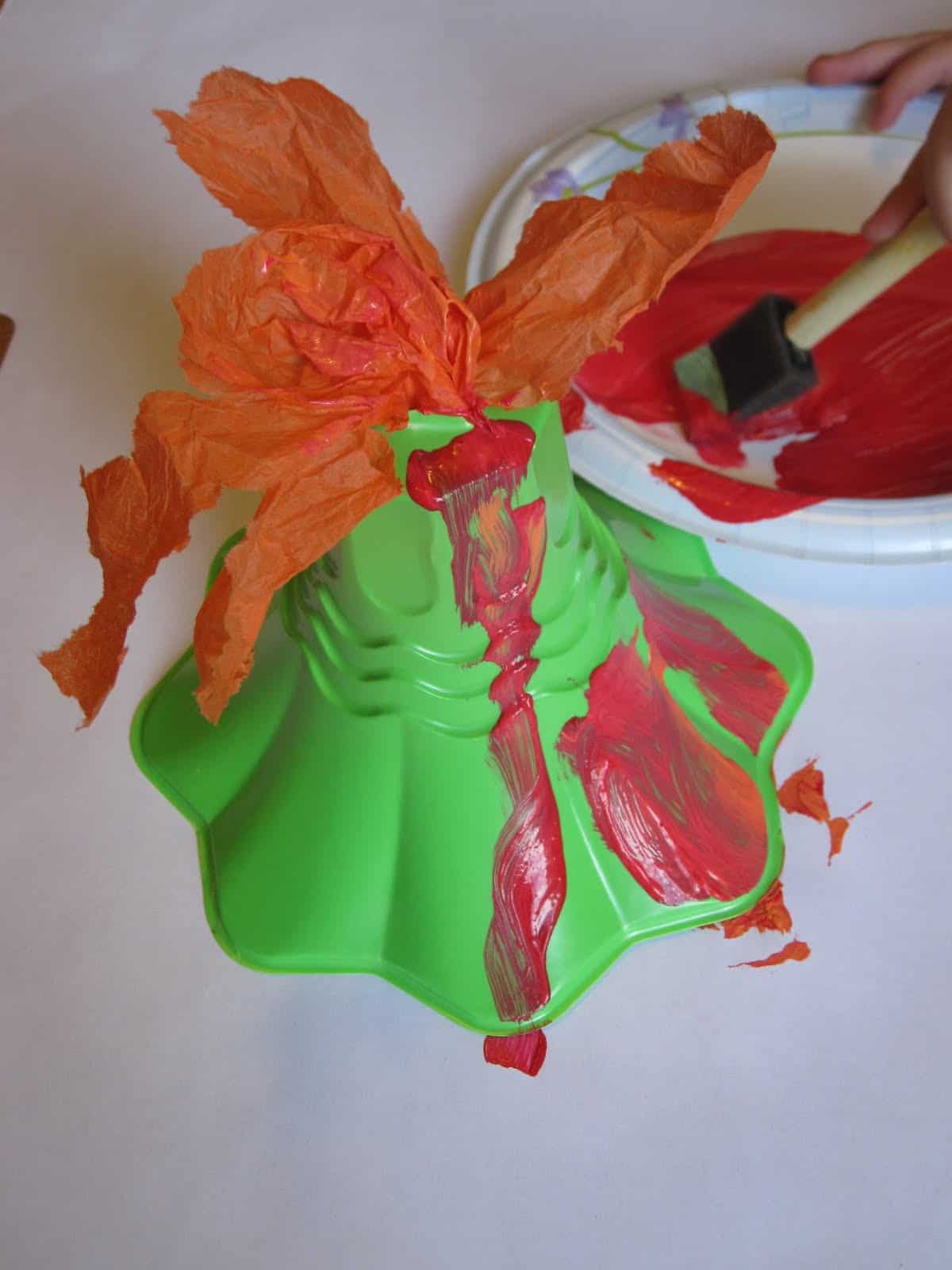 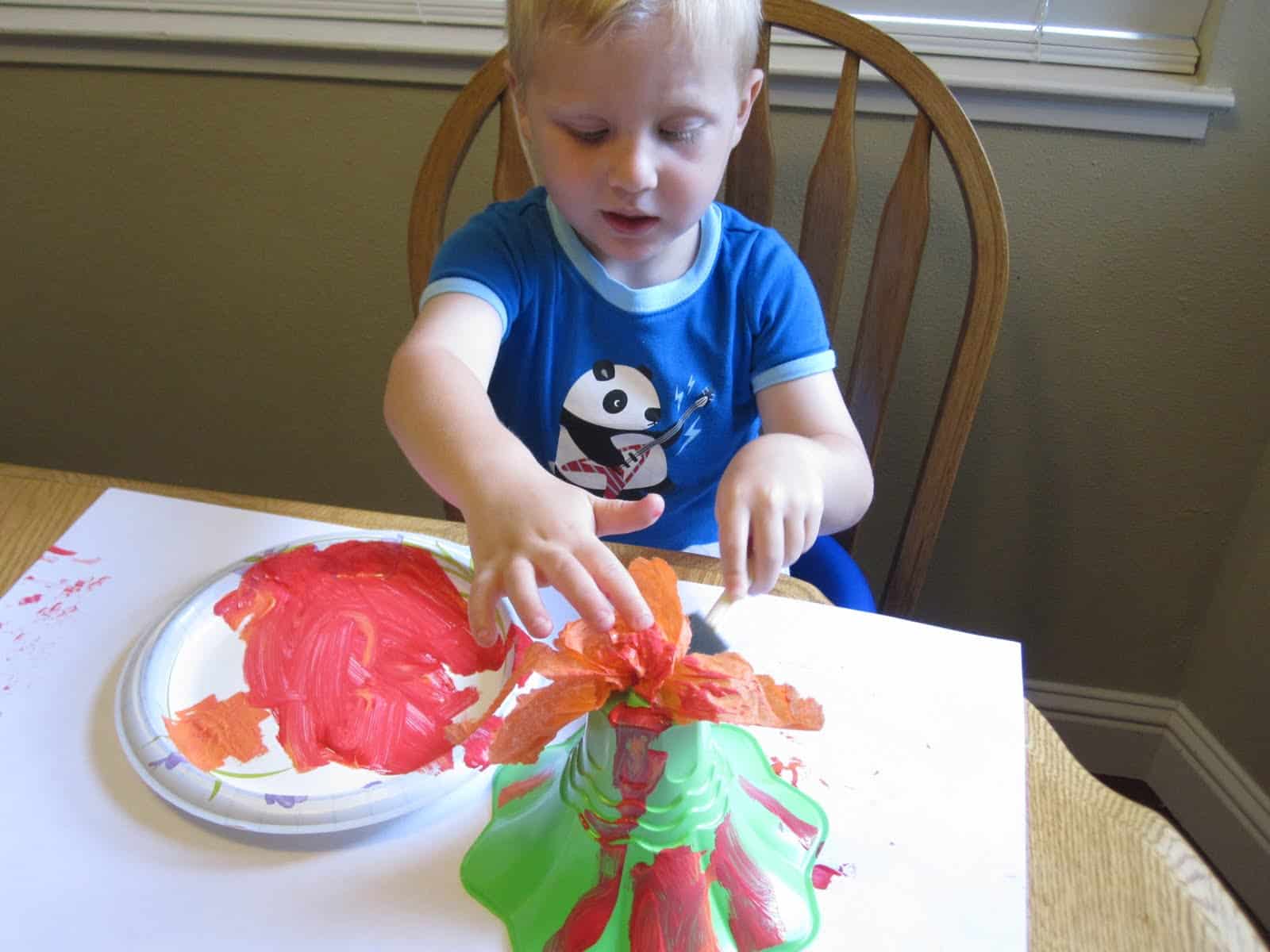 If you put a large sheet of paper underneath your volcano you can also make the lava flow even further! 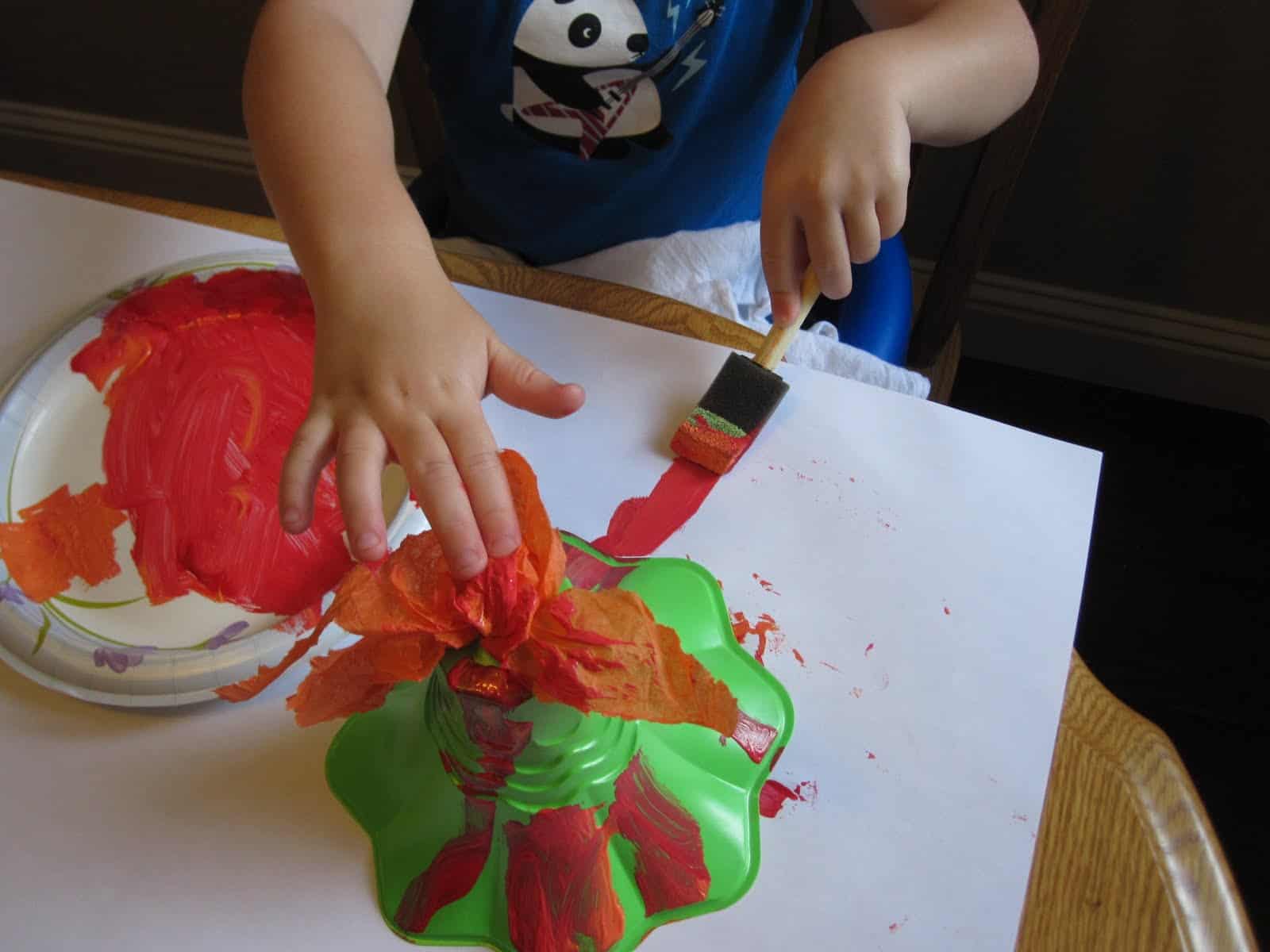 Oh no! It exploded!

We also spent a lot of time watching YouTube videos about volcanos and we even streamed a National Geographic Documentary from Netflix about volcanic eruptions. Before my little guy went down for his nap he wanted to watch yet another video of volcanos erupting. I don't feel like making a mess today and getting out our vinegar and baking soda... but I might have to do it again later this week. I don't think he has any memory of us making play-doh volcanos last year. Check it out if you haven't made one before. They are a lot of fun!

Next up... stay tuned for our volcanic treat from last night. It might have won me the Mother of the Year award... at least at our house this week.