As I mentioned in a previous post, we just recently welcomed a new baby into our family. We are a bit exhausted (especially me) so I basically stayed in bed all morning today attempting to get a nap (and failing) while two of my other kids watched movies and entertained themselves. I was feeling like a lame mom by this afternoon... so I put together this fun heart activity for my 3 and 5 year old.

Crinkled shredded paper is one of our favorite sensory materials to play with, so I used it to make a simple broken heart alphabet hunt. We incorporated the letters in the kid's names since doing the whole alphabet would've been a bit overwhelming. 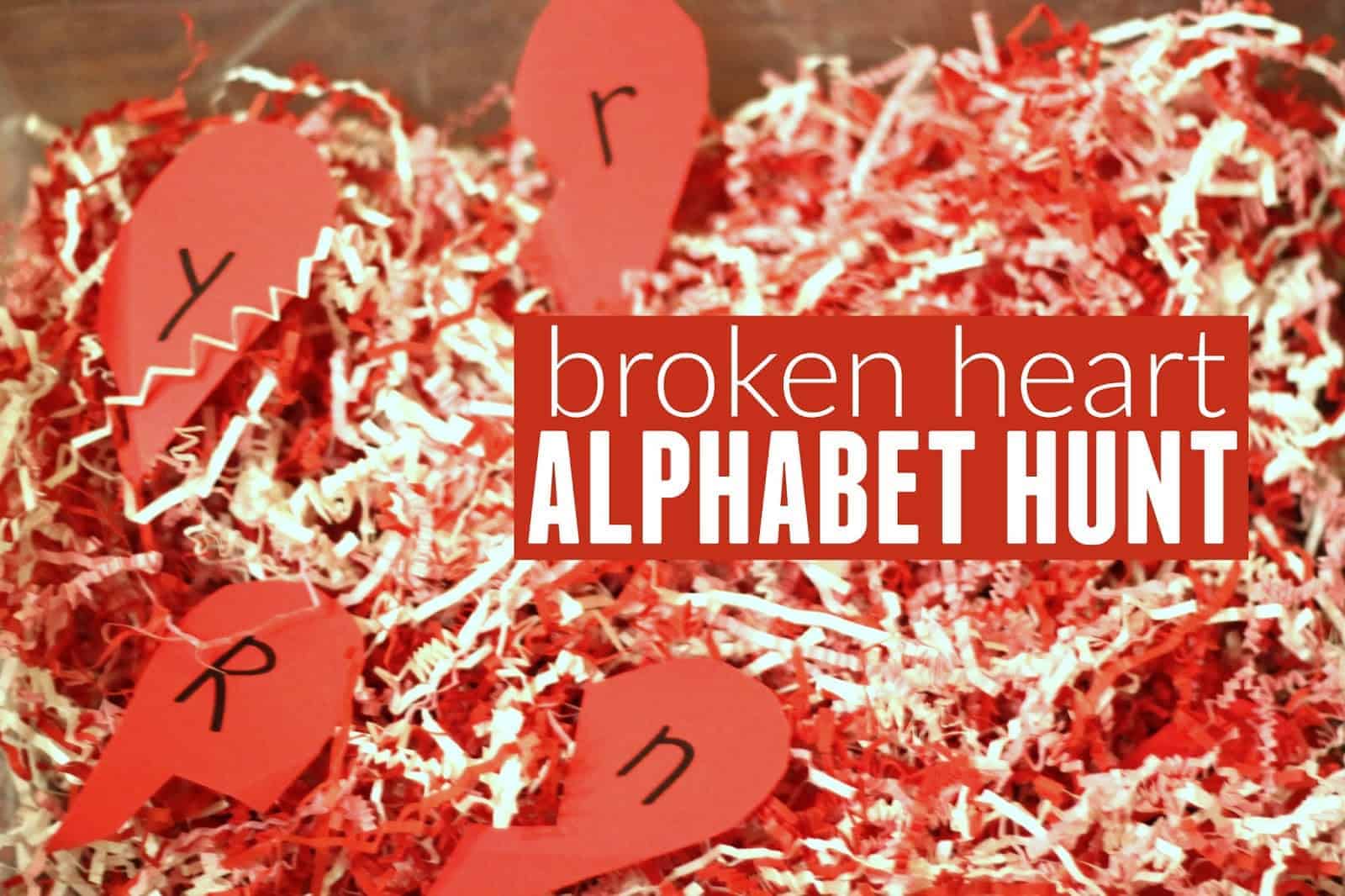 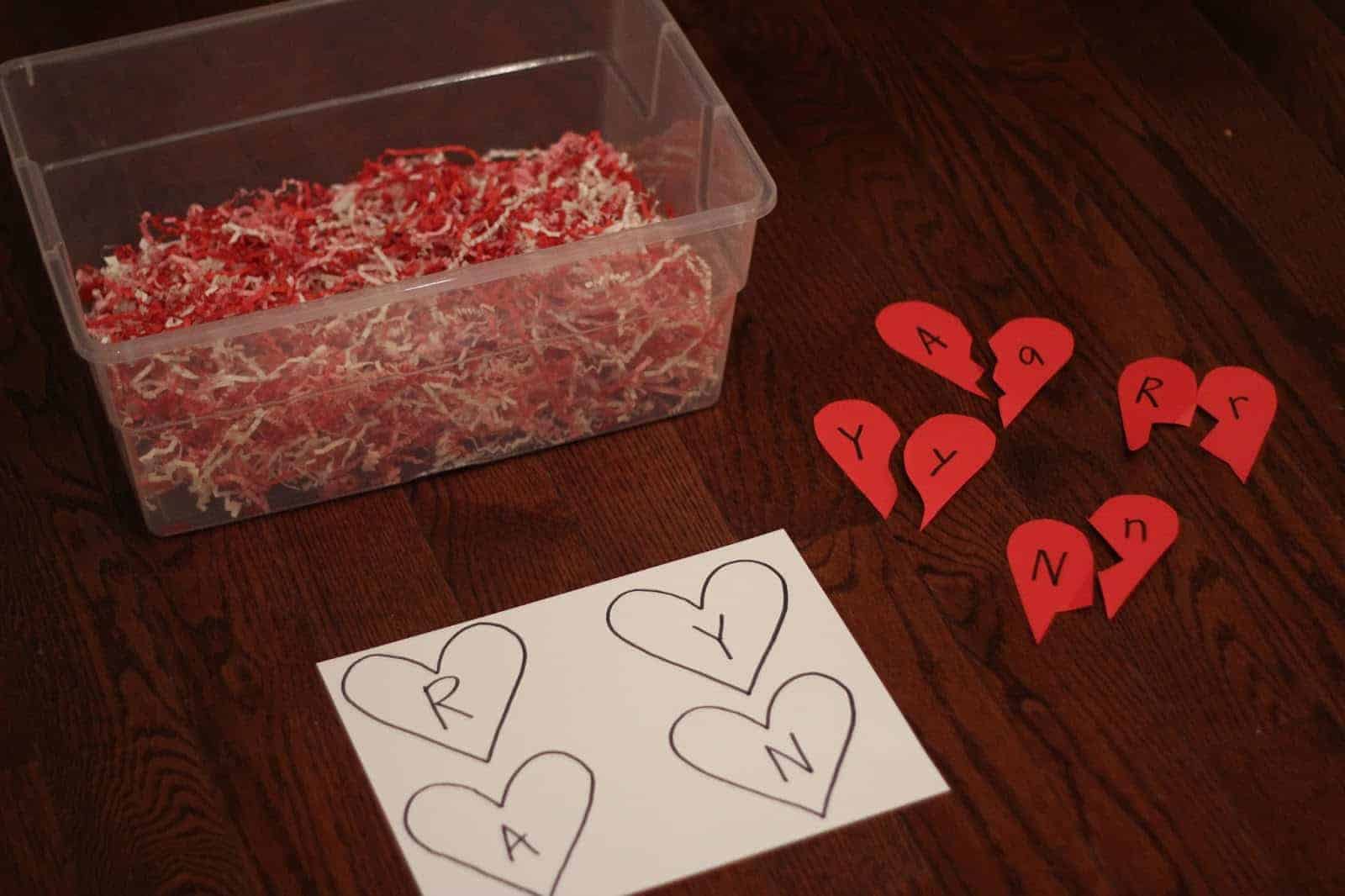 To get started we cut out several red paper hearts (one for every letter in each child's name). Then we turned the hearts into broken hearts (kind of like heart puzzles) and we wrote an uppercase letter on one half and the matching lowercase letter on the other half. 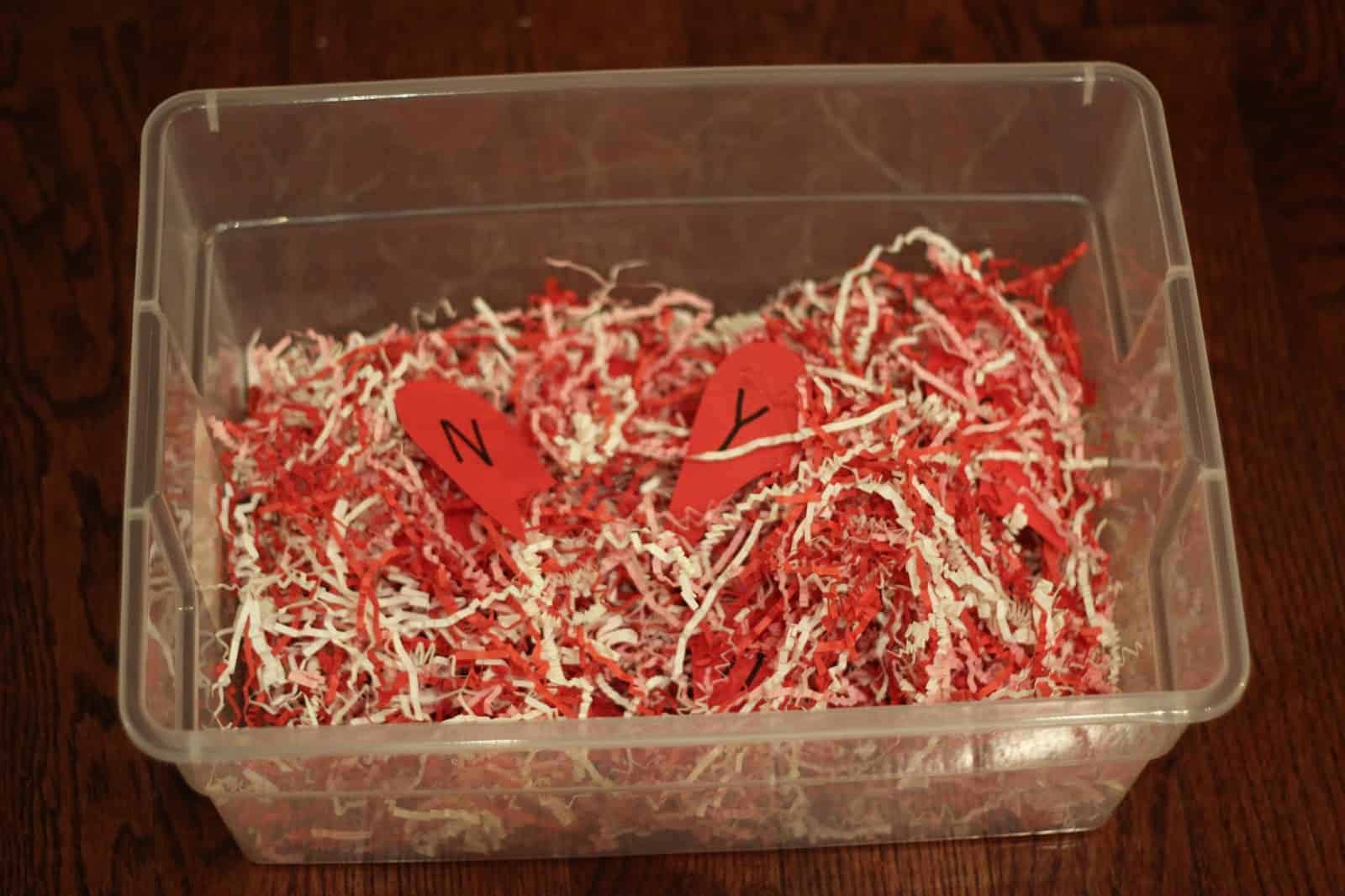 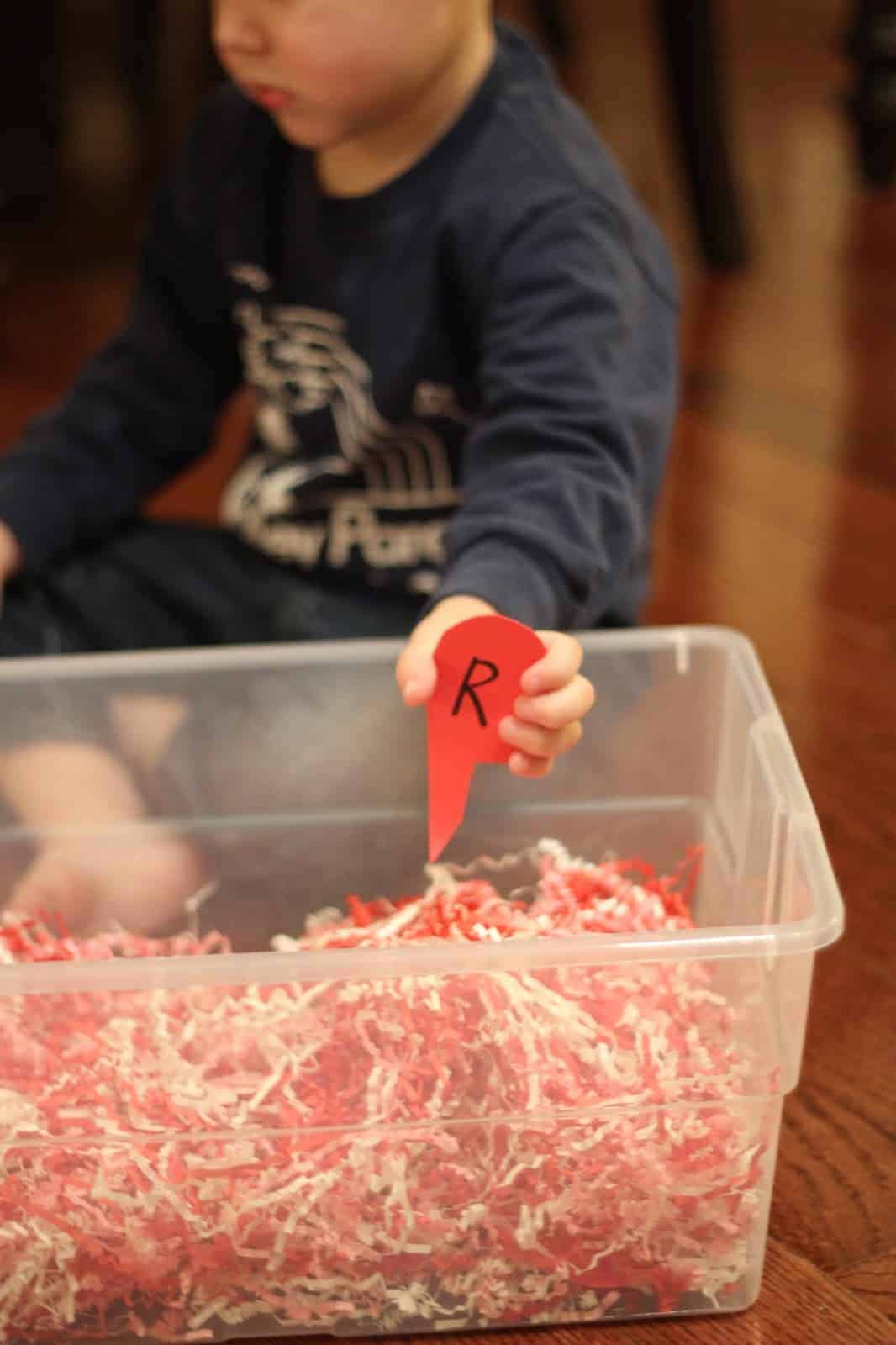 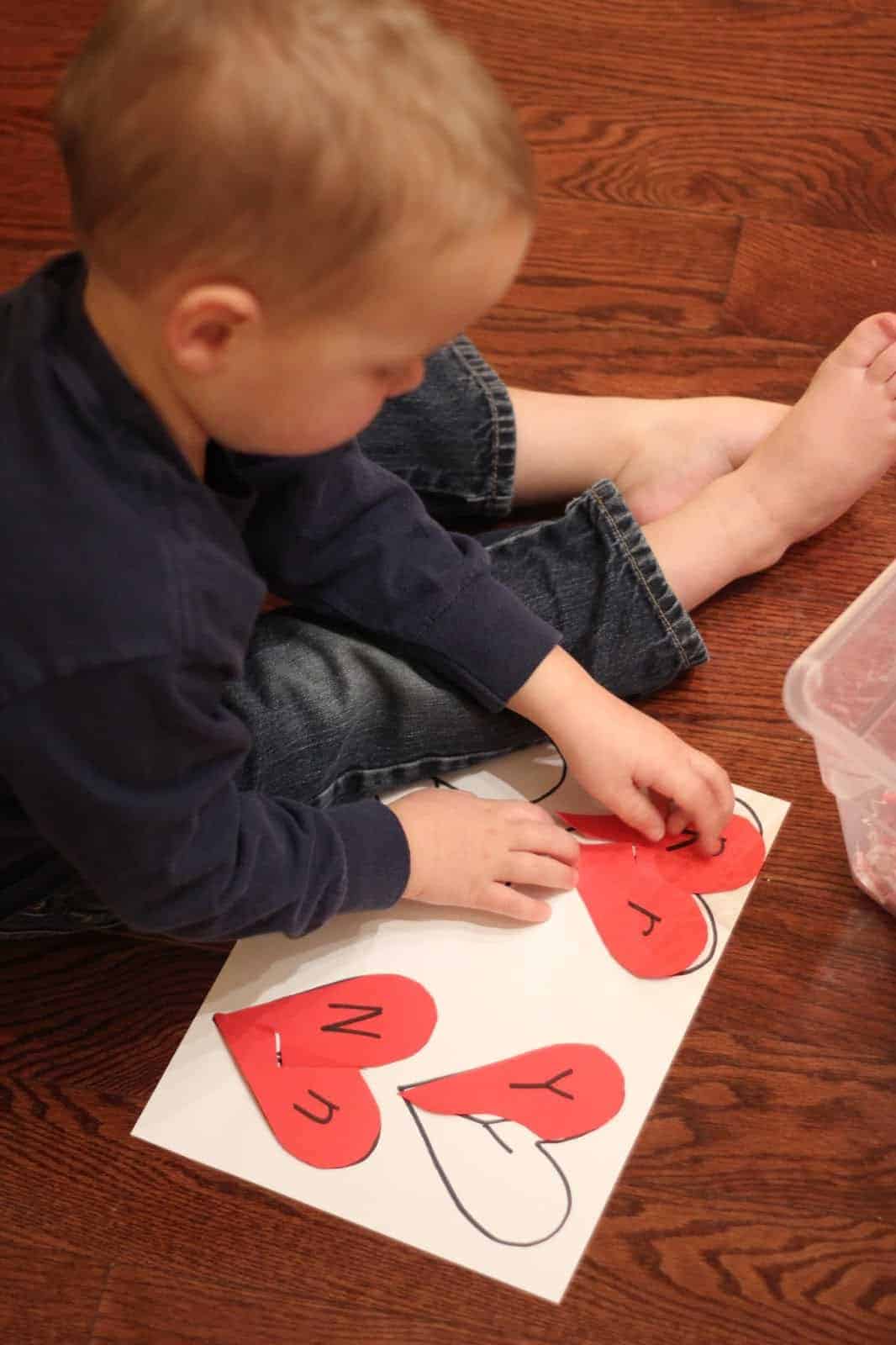 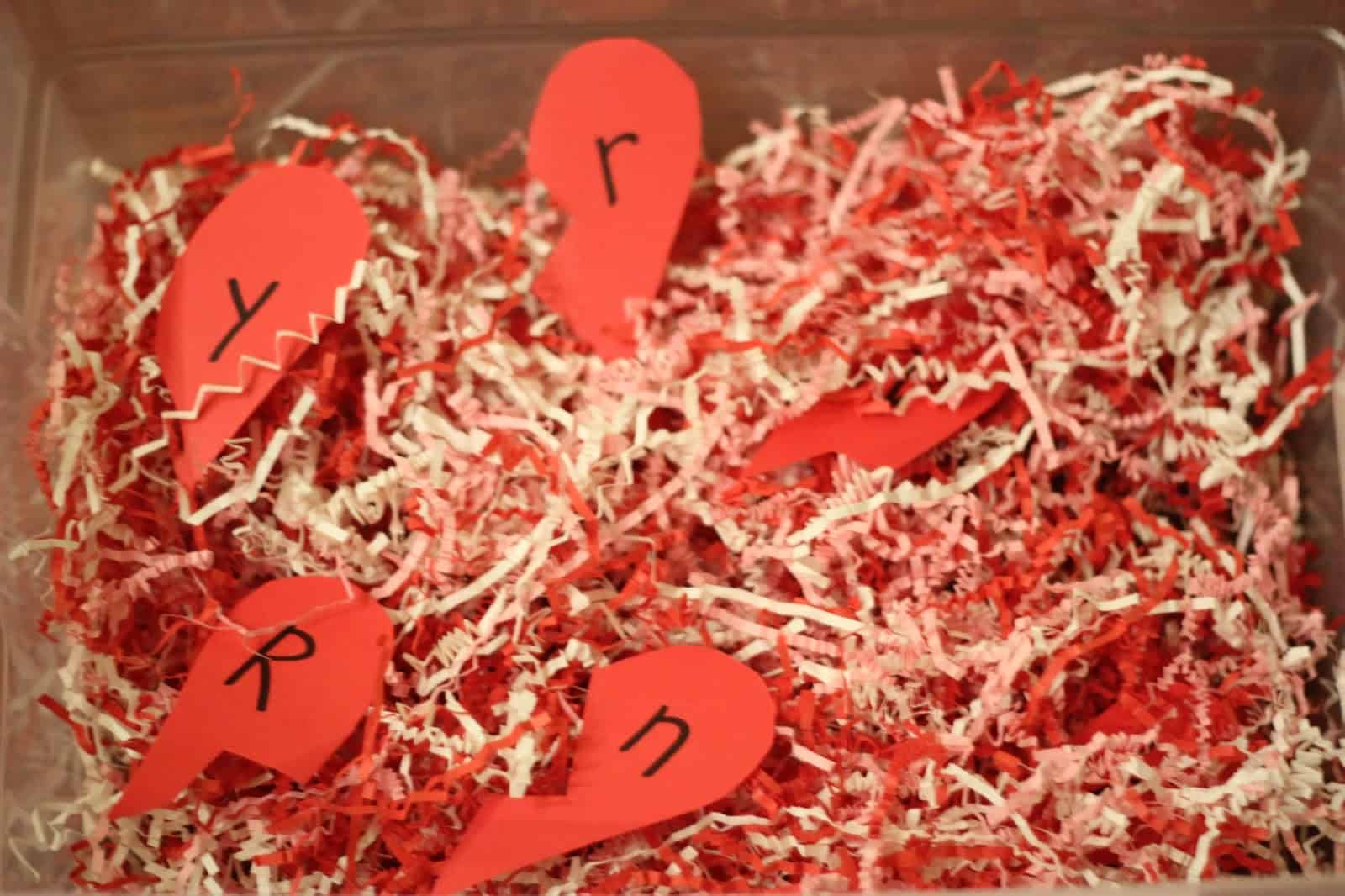 Once one kid was done, the other got a turn. They had so much fun with this that next time I'll set up two tubs so that they each have their own. 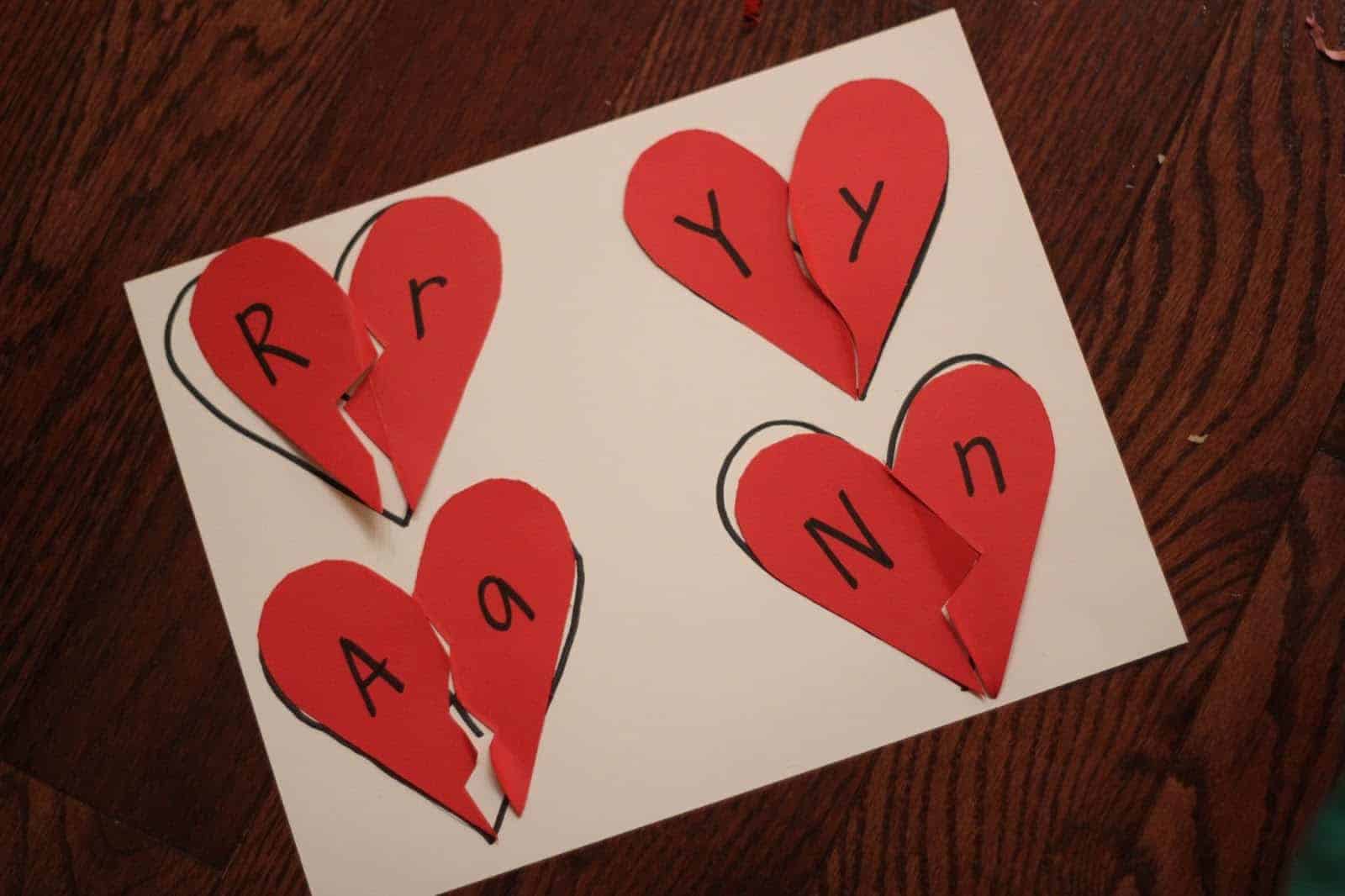 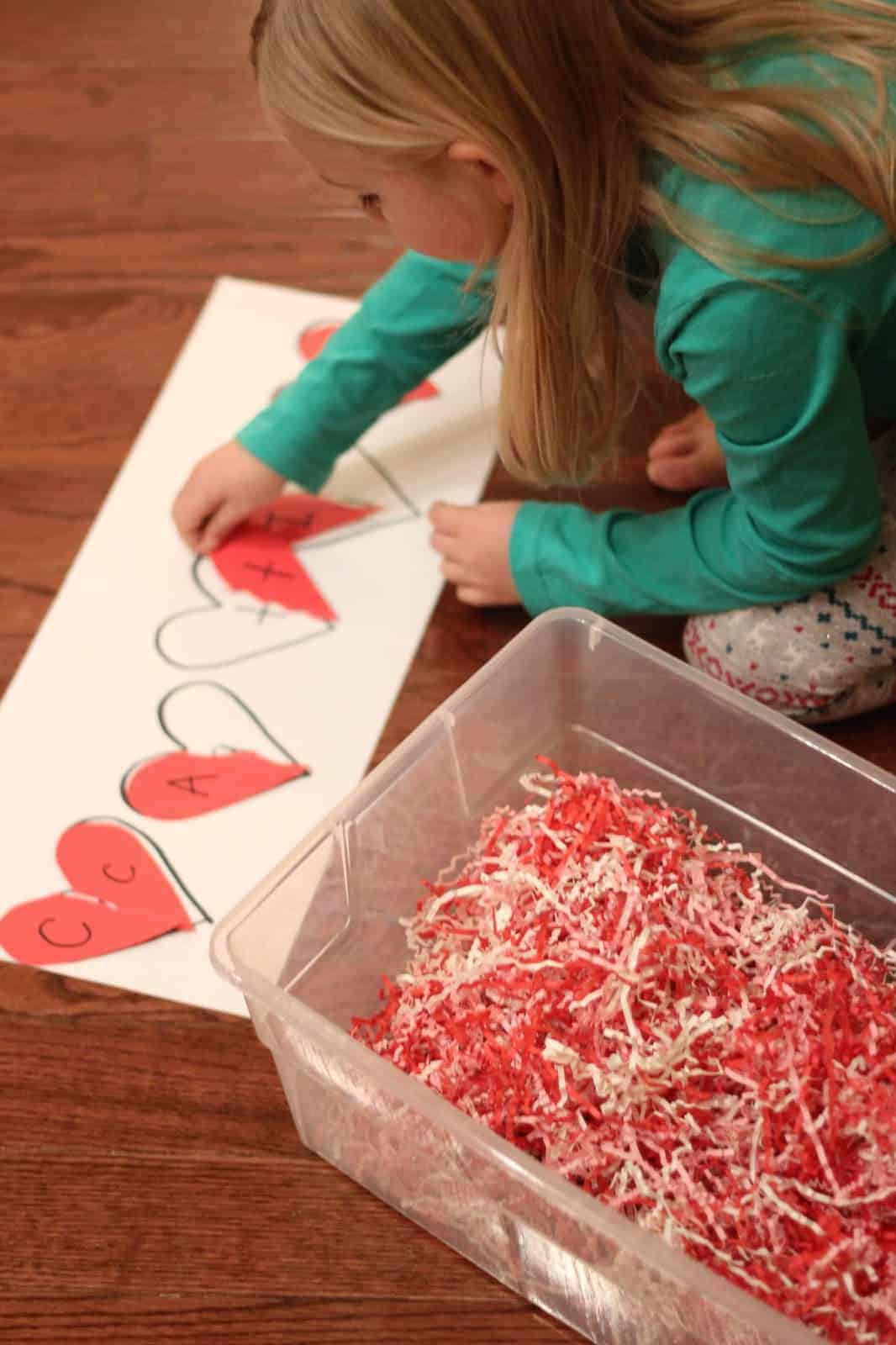 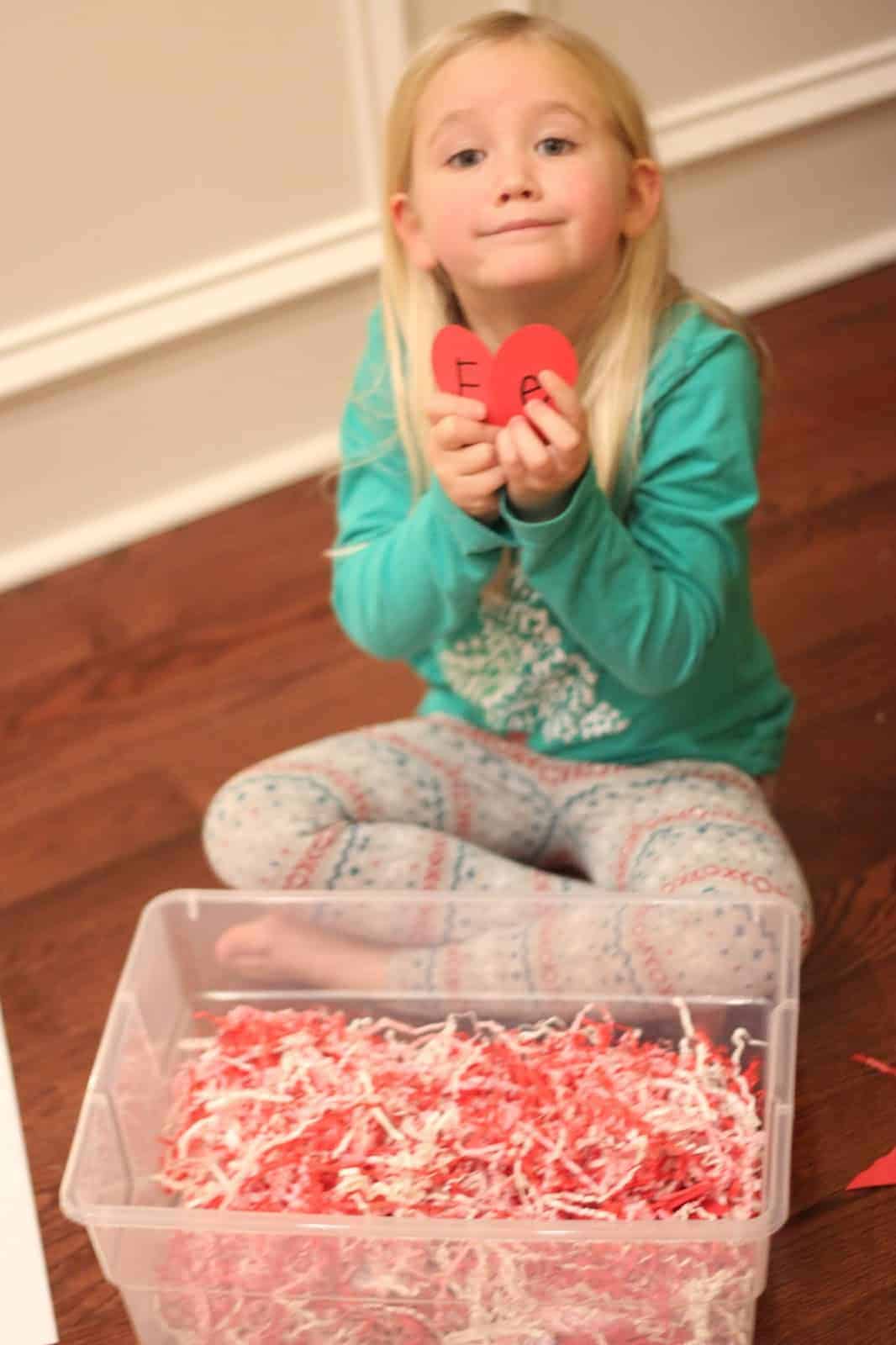 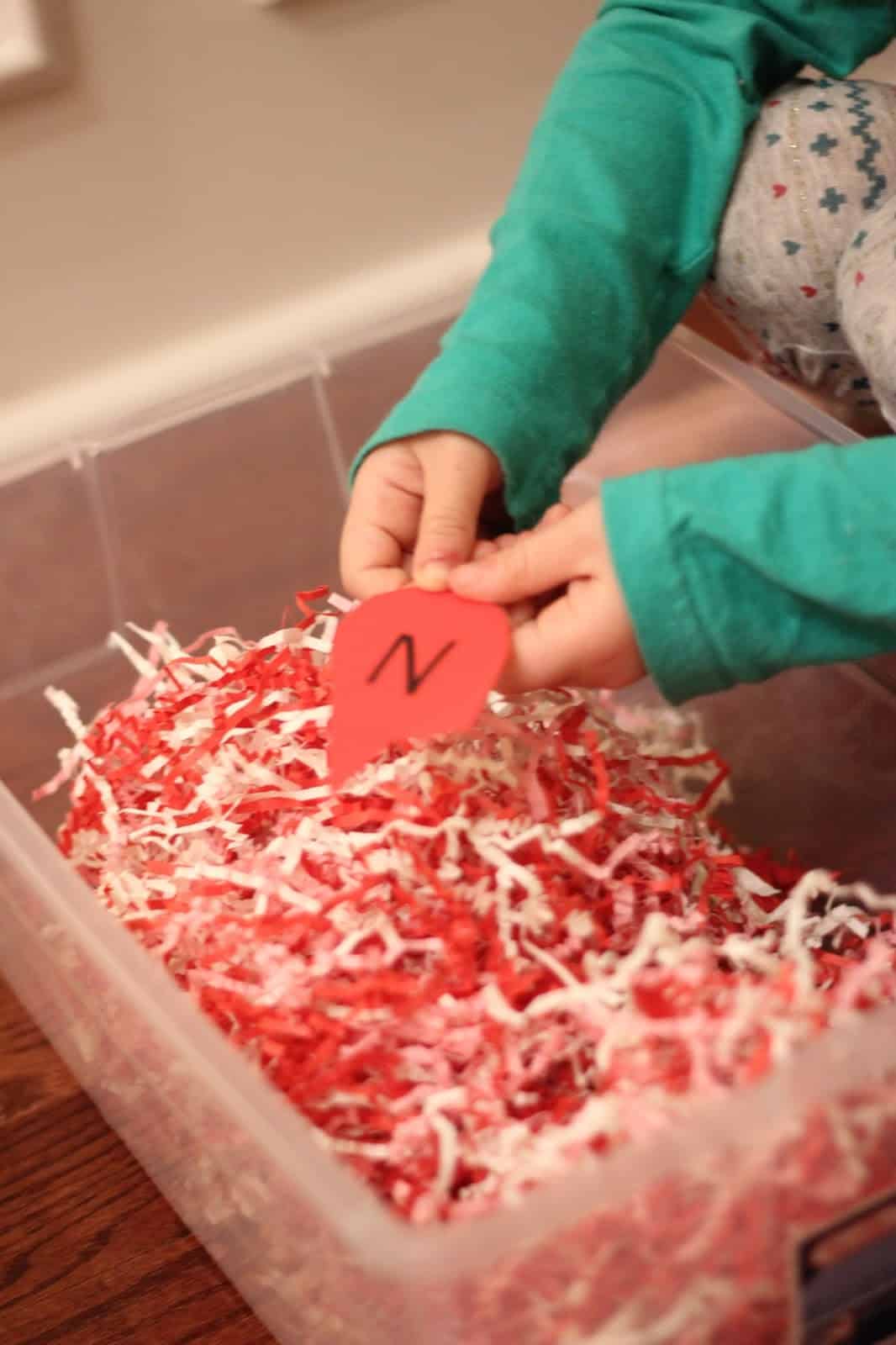 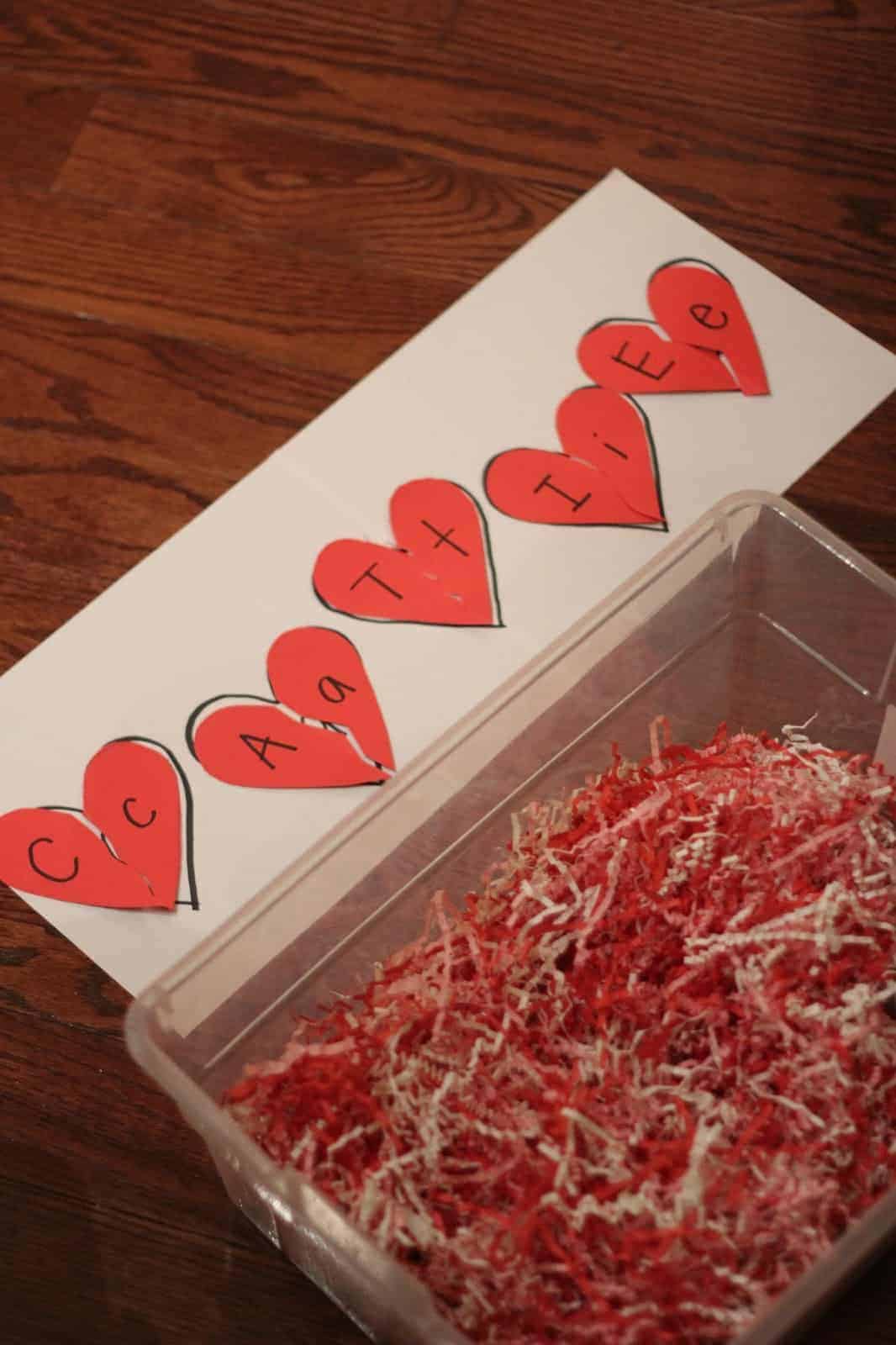 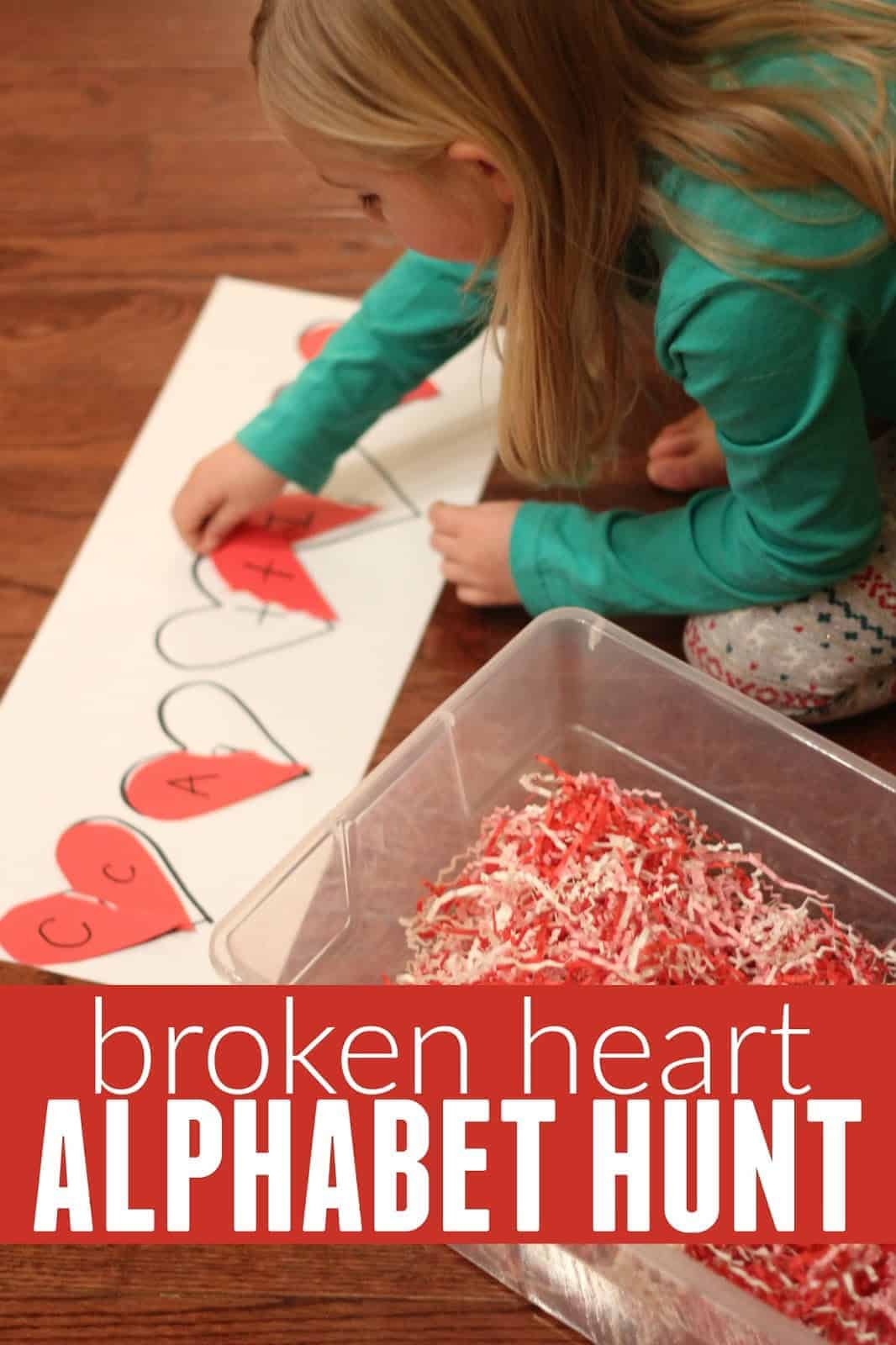 You may also like our 7 favorite Valentine's Day crafts for toddlers. It is filled with loads of ideas!