Our Move & Learn series is always the highlight of my week! 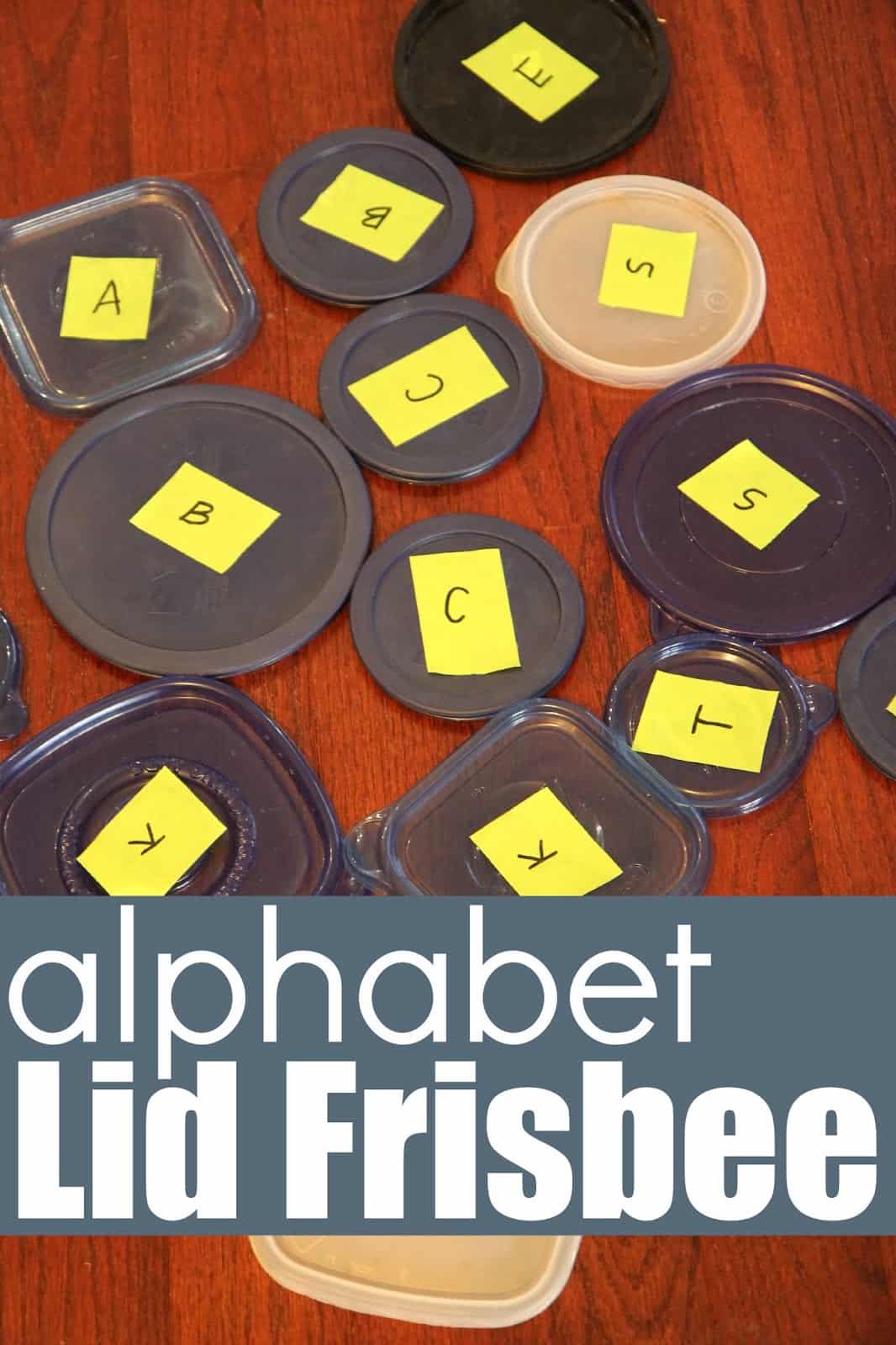 Yesterday my oldest son had no school and in the late afternoon we were stuck inside hanging out while the baby was napping. My two oldest kids (ages 5 and 2) were stir crazy and I was feeling terrible (icky cold and sore throat). Earlier in the day I had reorganized some cupboards and found loads and loads of tupperware lids which I thought would make really fun frisbees.

The kids agreed... so we came up with an alphabet lid frisbee game.

All you need is a sharpie, tupperware lids, and some masking tape (or you could use alphabet stickers). You could also use real frisbees

instead of tupperware to play this game. We also used some of our favorite moving vehicles to help us collect our lids (a baby stroller

and a shopping cart 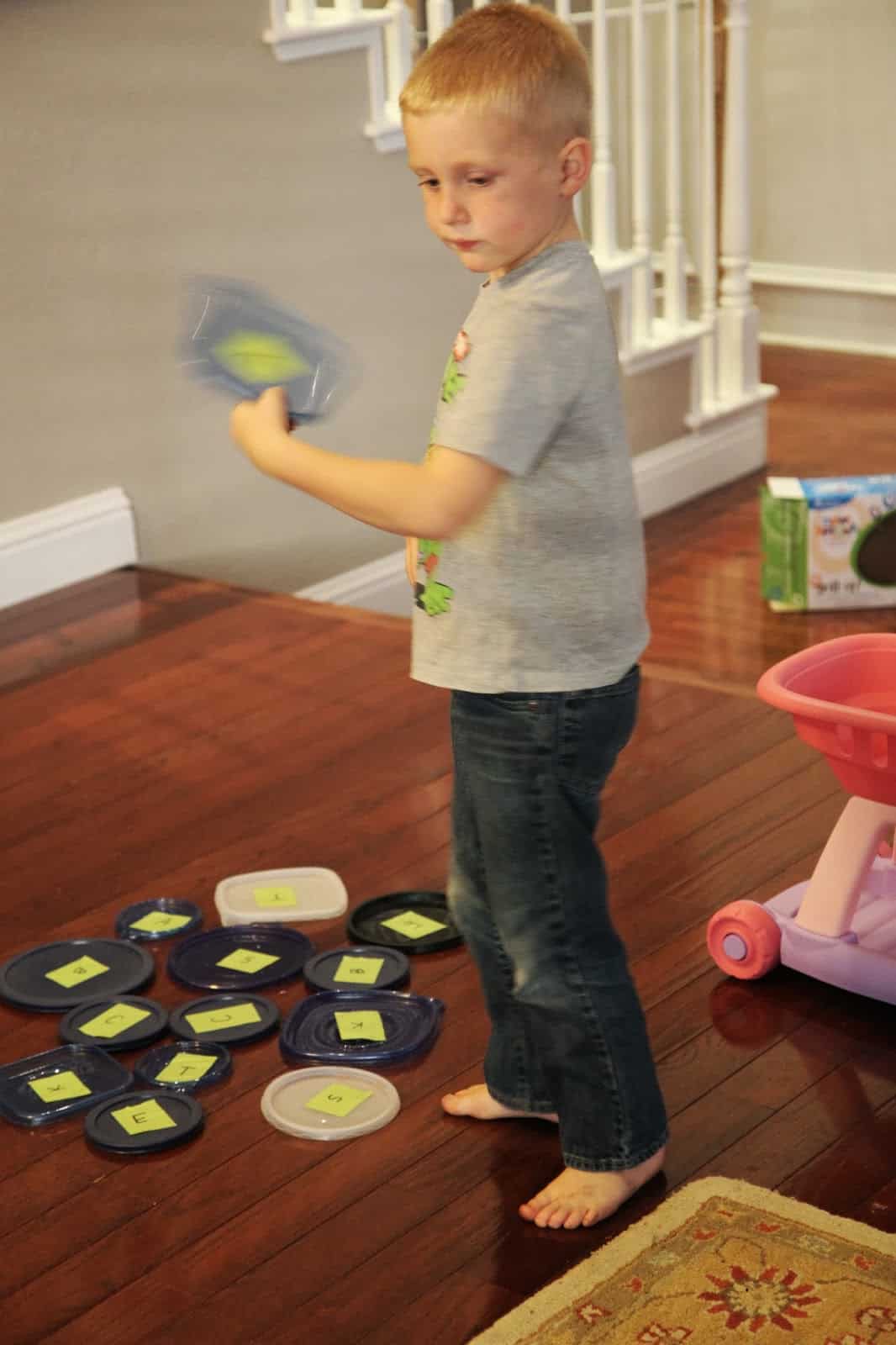 To begin we stuck alphabet letters on each lid. We did this by sticking a piece of masking tape on the lid and writing an alphabet letter. We made sure that each lid had a partner (for example there were two As).

I chose alphabet letters that are in my 2-year-old daughter's name and our last name because they are the letters that are most important to her right now and that she is the most interested to learn.

Once all the lids were labeled we threw them all over the room. It was really fun. 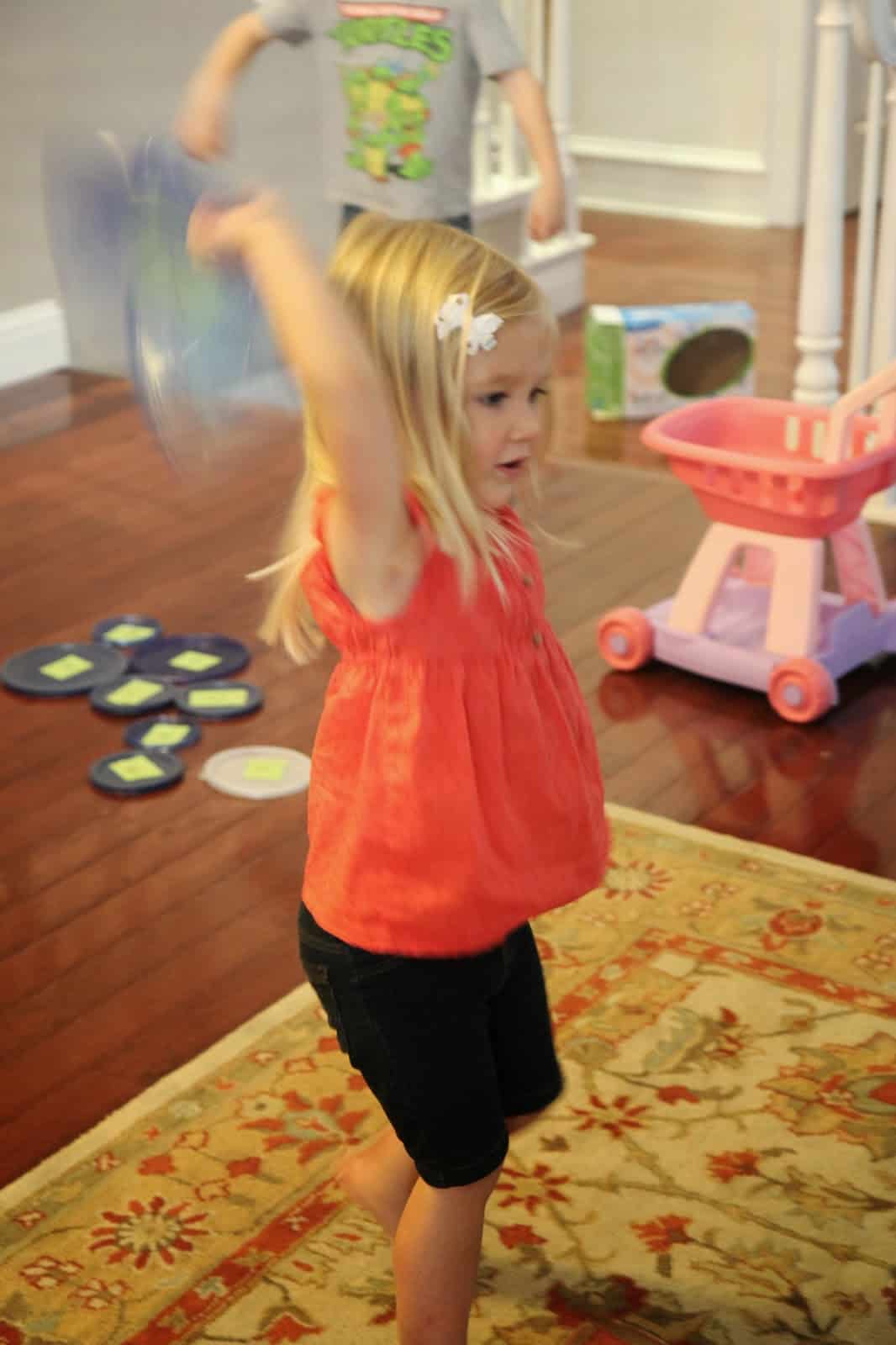 Then the kids ran around the room and collected the lids in alphabet letter pairs (both As, both Cs, etc). They used their vehicles to help them carry the lids back to the collection spot. 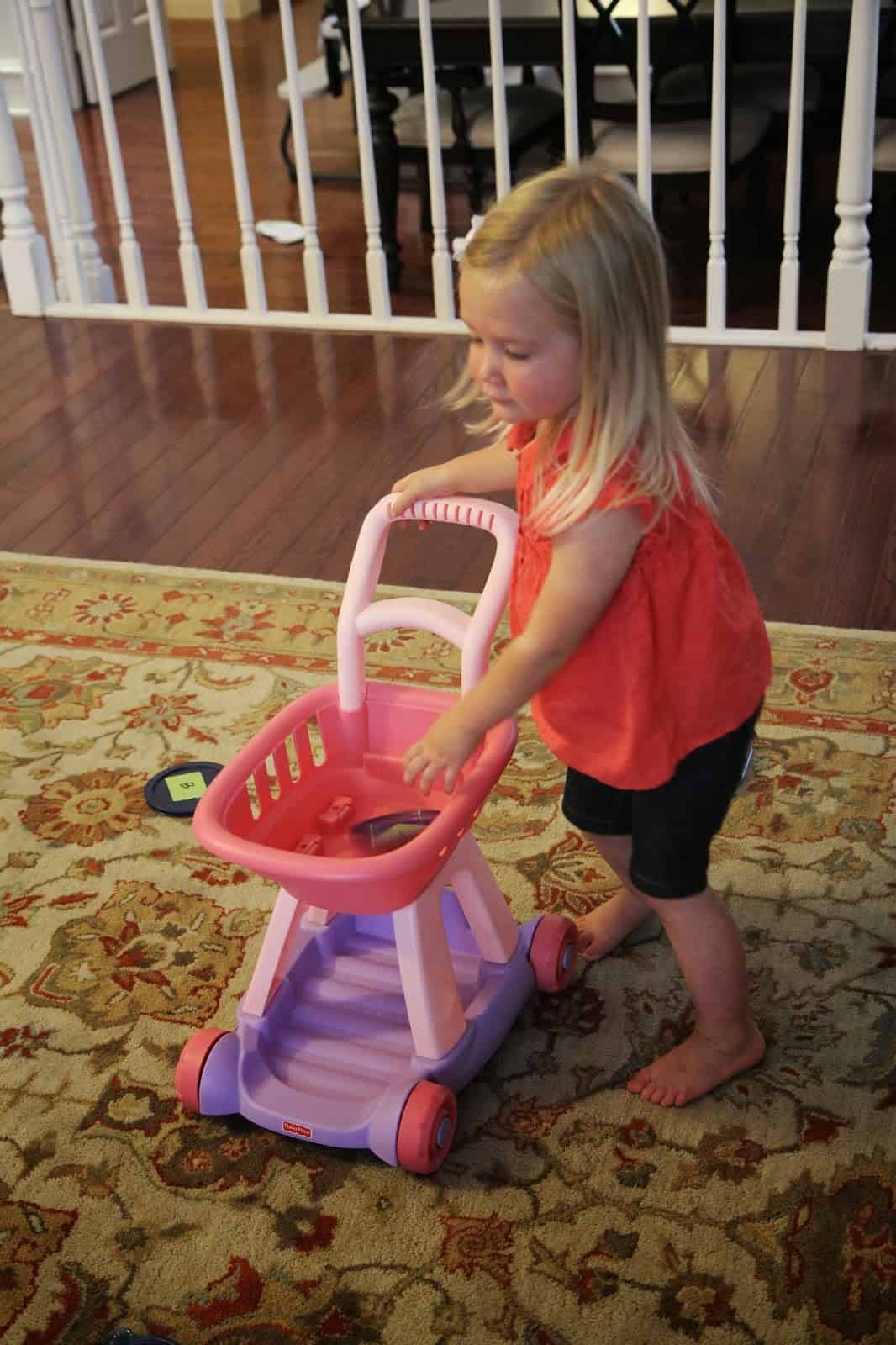 Once all of the lids were collected and stacked in pairs, we threw them around the room again, and played again. 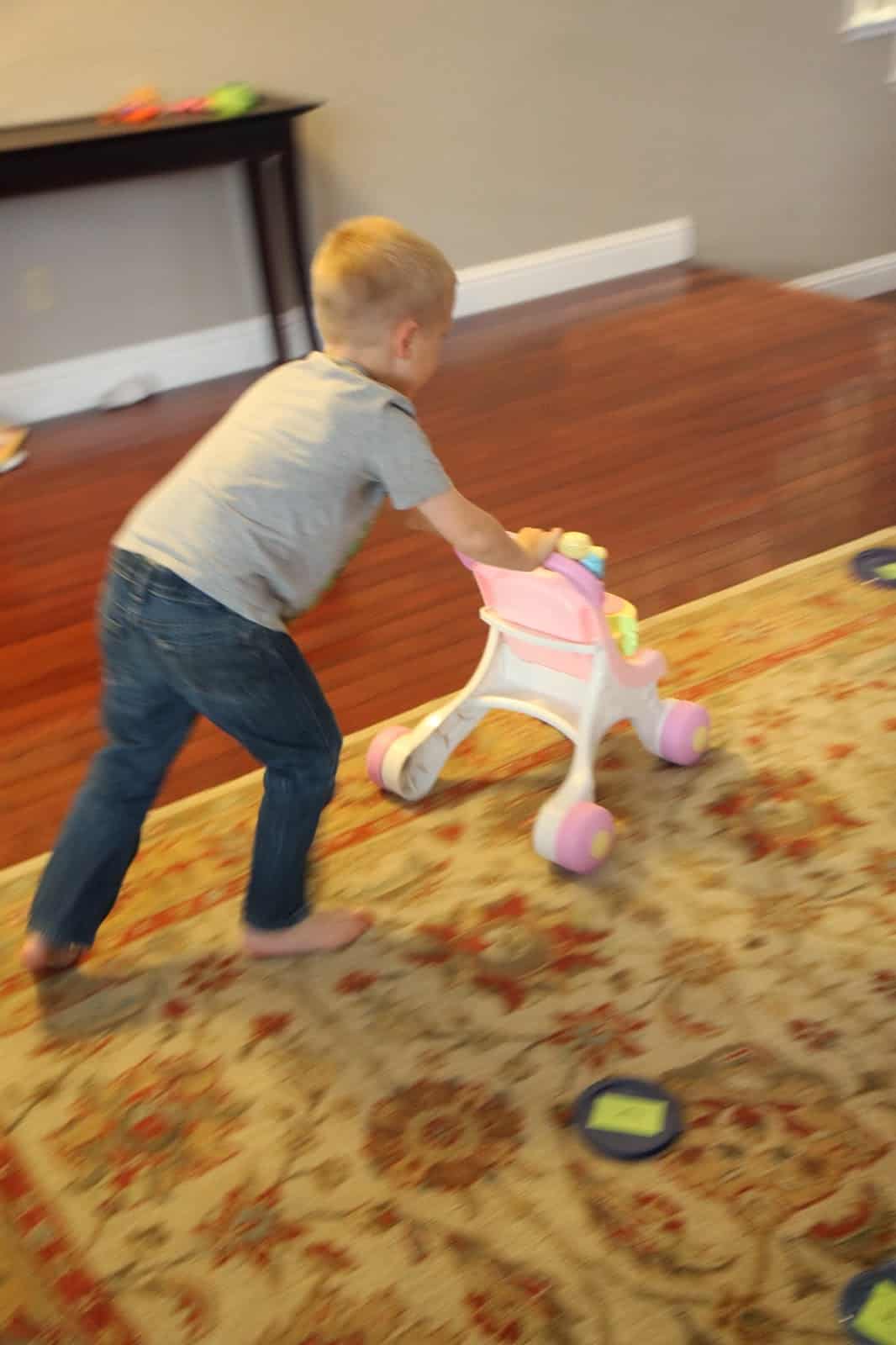 My son took the lid throwing very seriously. 🙂 While we ran around and picked up the letters we talked about the letter names, words that started with the letters, sounds the letters made, and places we'd seen the letters. It was a very informal lesson on letter names and sounds... and seriously such a blast! 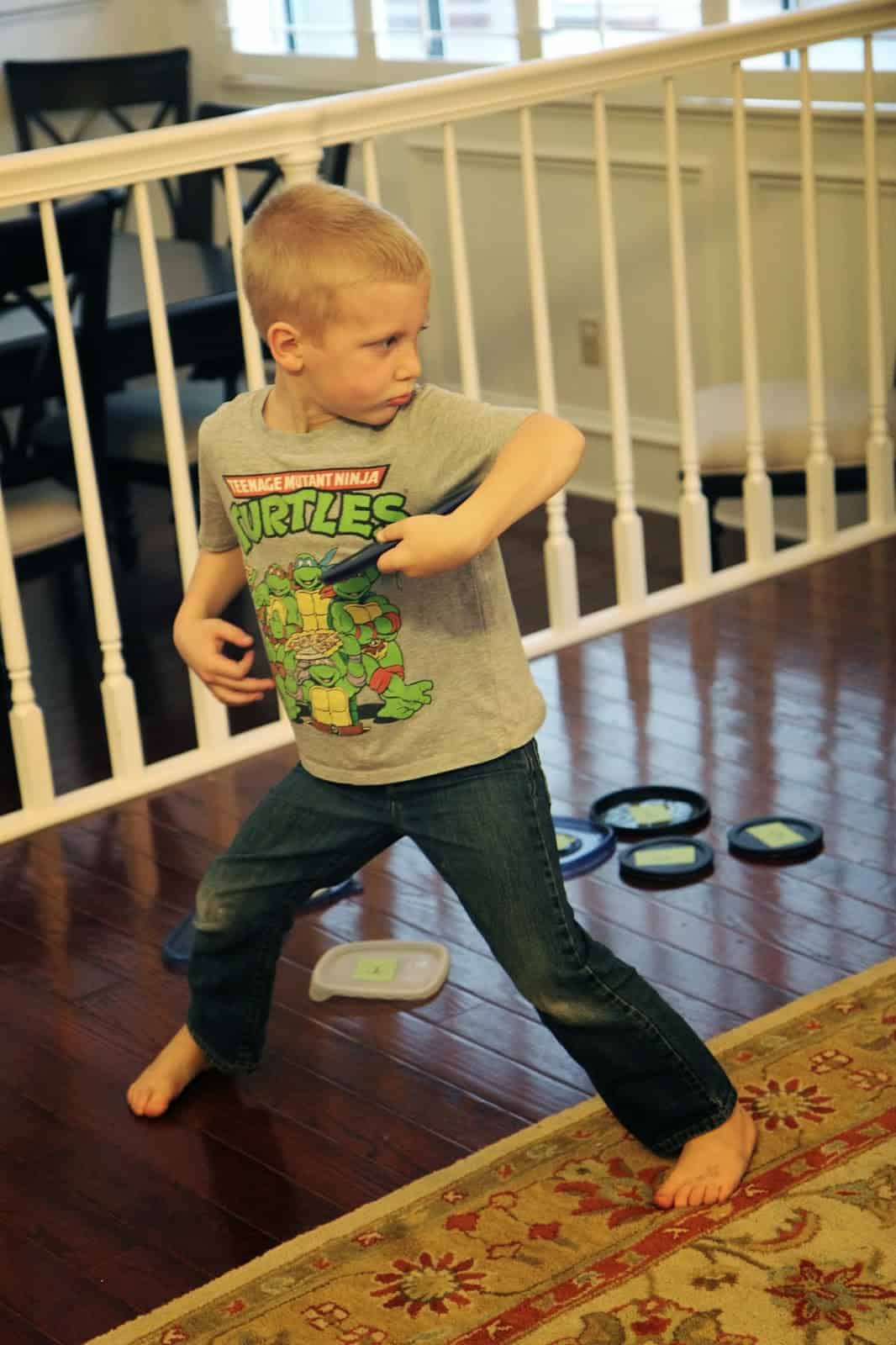 Do your kids like to throw things like mine do? Are they ever stir crazy in the late afternoon? How else do you help them get their energy out if you are stuck inside?

Our Alphabet Lid Frisbee Game is part of the Move and Learn Series that I am participating in along with Hands On: As We Grow, The Pleasantest Thing, and Coffee Cups and Crayons.

Tunnel Color Sorting via Hands On: As We Grow