Hooray! It is the weekend! It is hot here so we celebrated yesterday with a lot of pool time. We have also had a lot of inside time building with LEGO this week.

LEGO Week always goes way too fast! I had so much fun doing a different LEGO themed activity each day with my kids. I think the LEGO sensory bin was our favorite.

To wrap up our LEGO week our friends at The LEGO Group sent us a cool new LEGO set featuring a few of our favorite super heroes... including Captain America!

We were inspired by our new LEGO toy to make some simple pretend play props using LEGO bricks! Our first creation was a Captain America shield painted with LEGO DUPLO!! 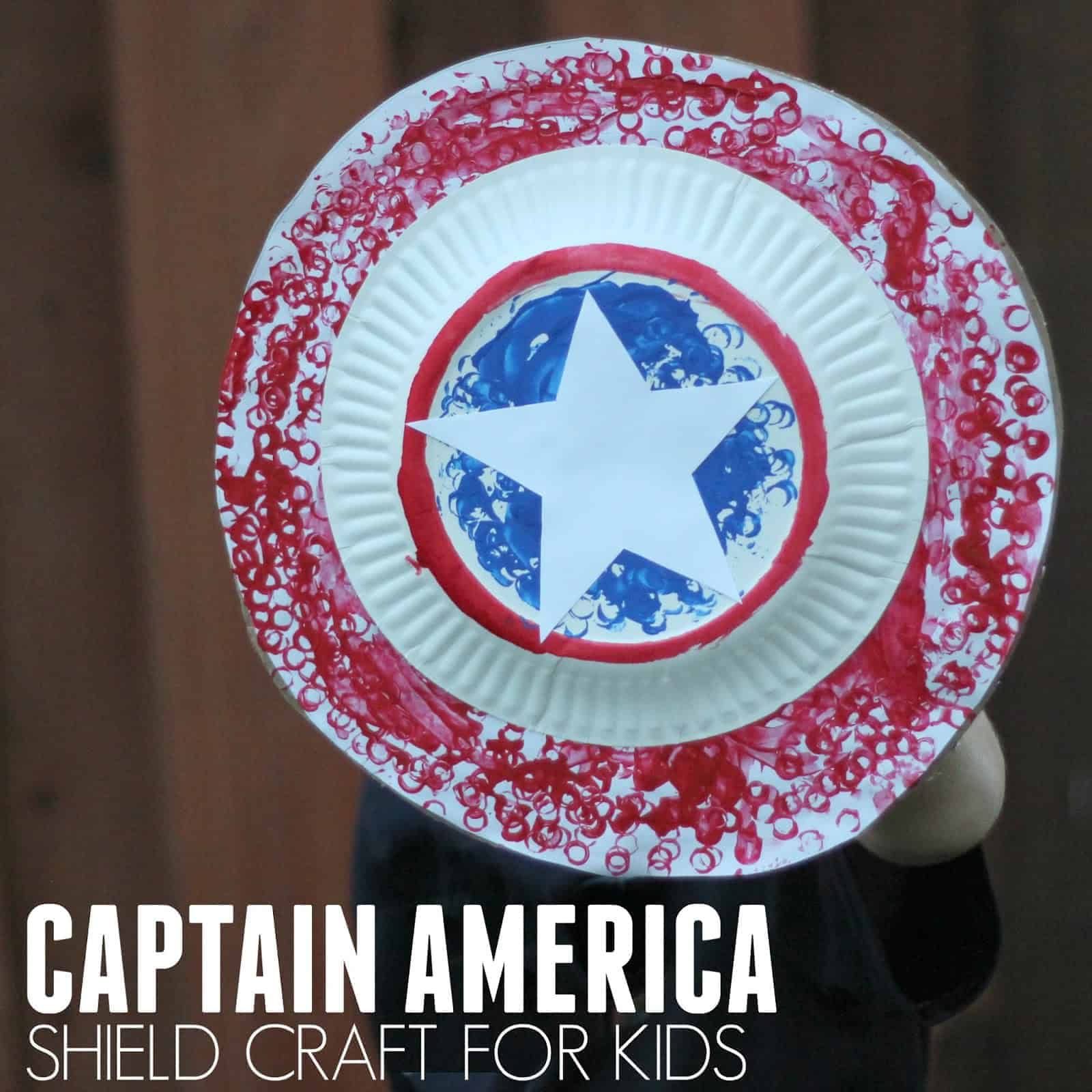 Do you have any Captain America fans at your house? As you can tell... we do. 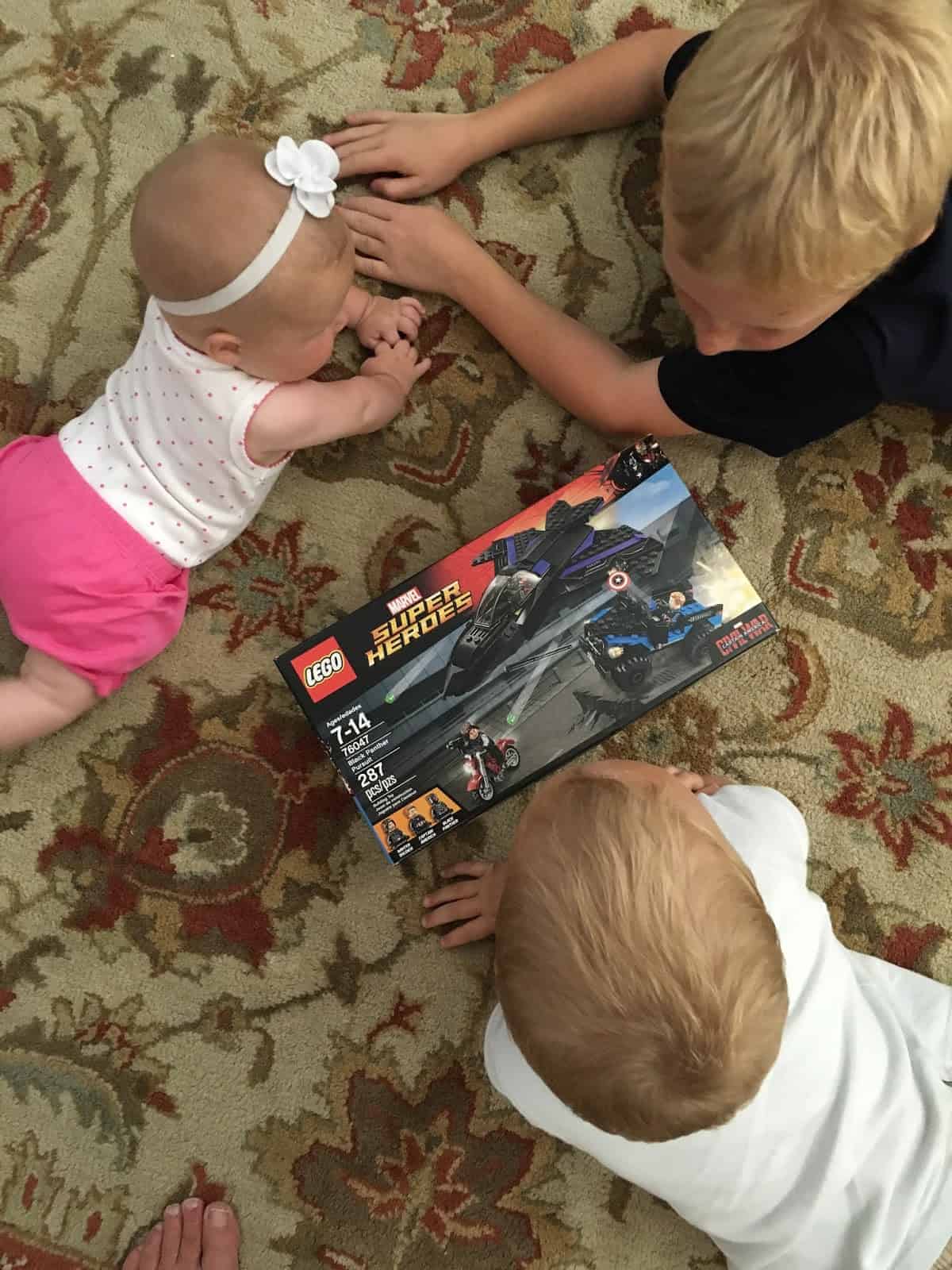 My four kiddos were super excited about our package from The LEGO Group. Once my baby girl went down for a nap the three big kids broke out the Black Panther Pursuit Set and worked together to put it together. My youngest son (3.5) looked at the comic book that came with the set while my older two (5 and 8) hunted for the LEGO pieces and built the different things.

Another favorite super hero themed set is the LEGO Spider-Man Spider Truck Adventure Kit. My 3-year-old prefers the smaller LEGO sets because his big brother likes them, but I often also buy the DUPLO sets and he loves that he can put them together himself. 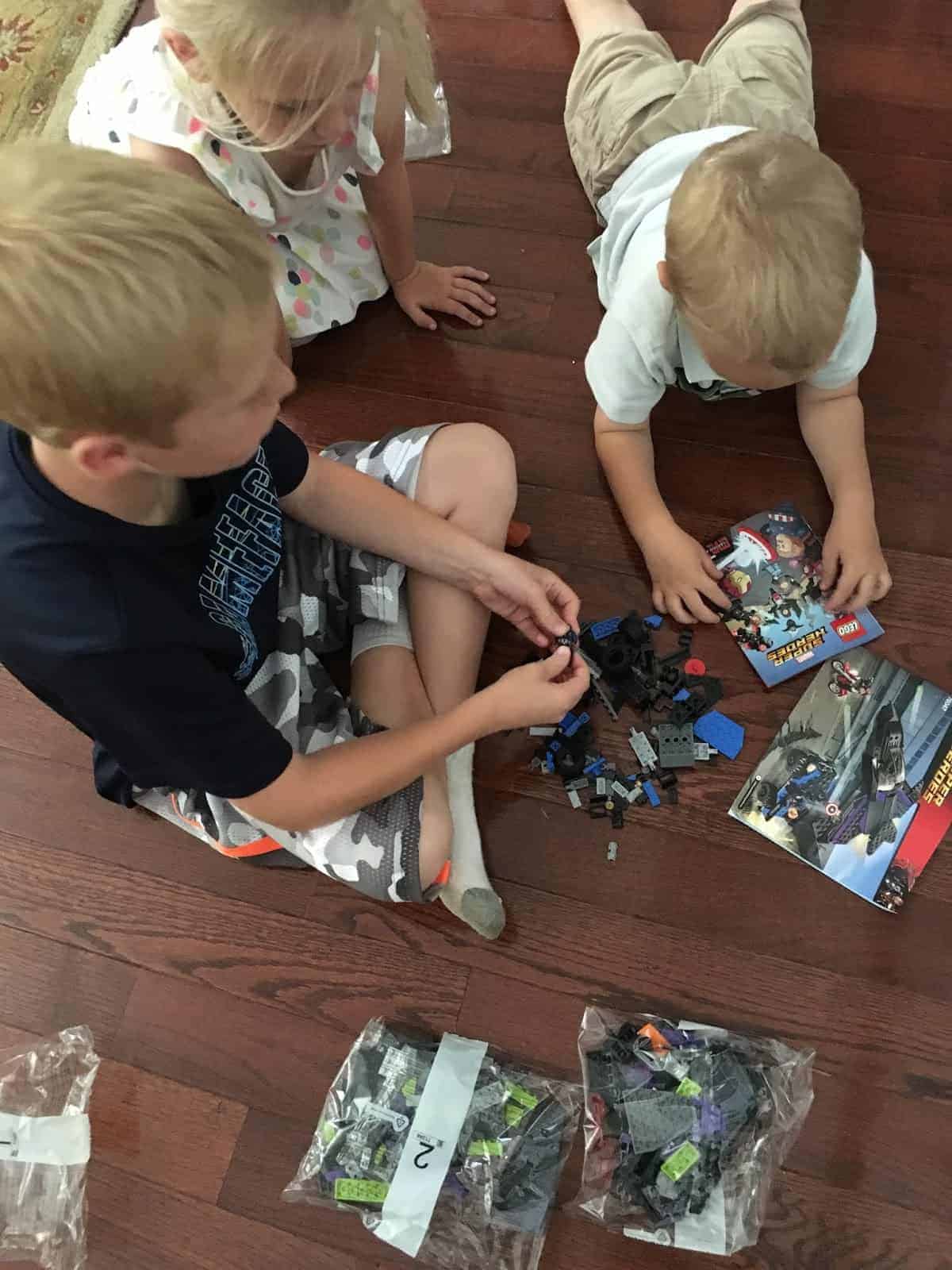 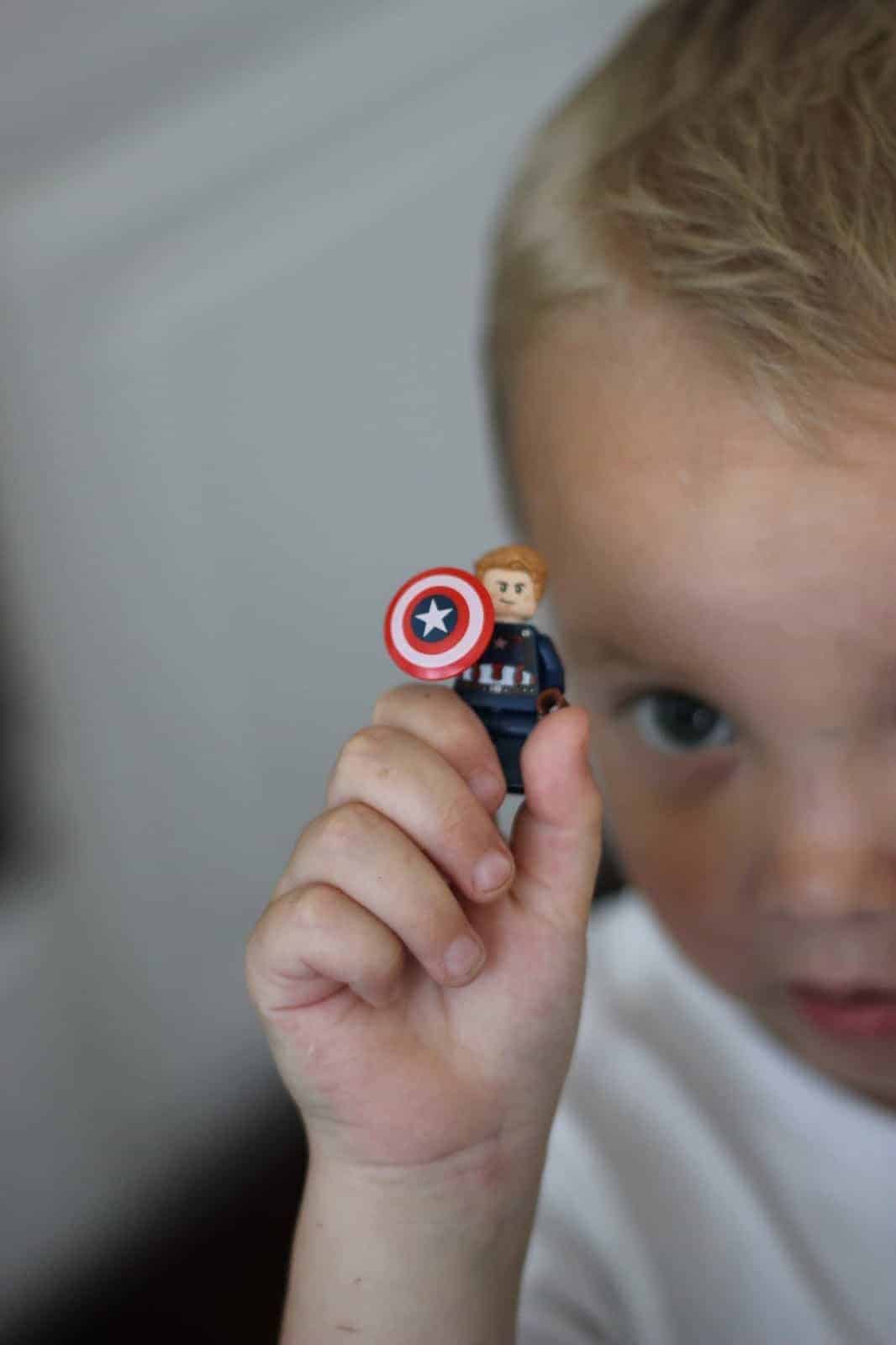 HOW TO MAKE A CAPTAIN AMERICA SHIELD CRAFT:

To get started I cut a circle out of cardboard. I used a large plate as my stencil.

Next I cut a piece of easel paper to fit the front of the cardboard and I secured the paper on the cardboard using double sided tape. 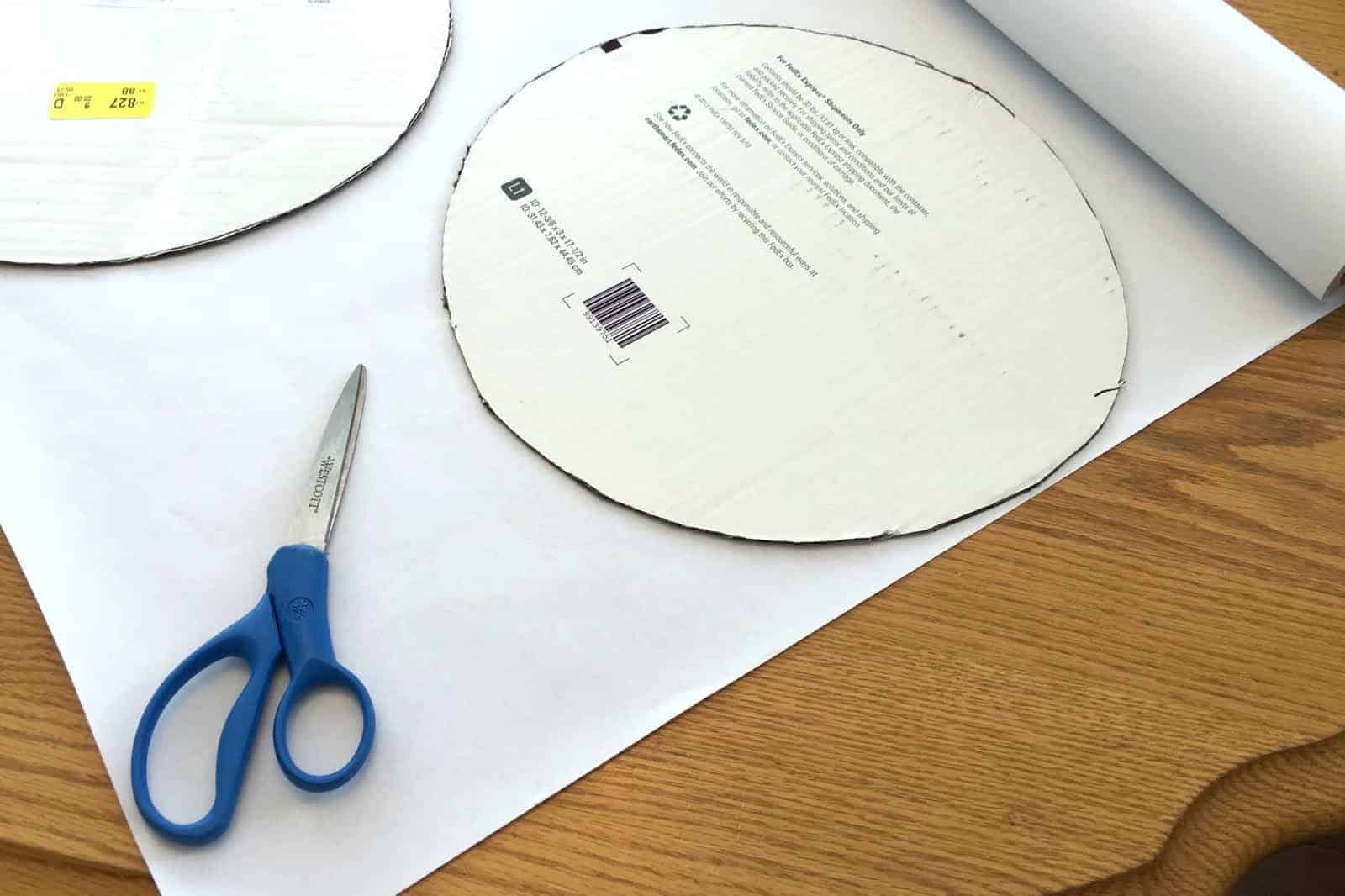 Next we painted the big circle with red paint! We used LEGO DUPLO bricks and popsicle sticks to paint. 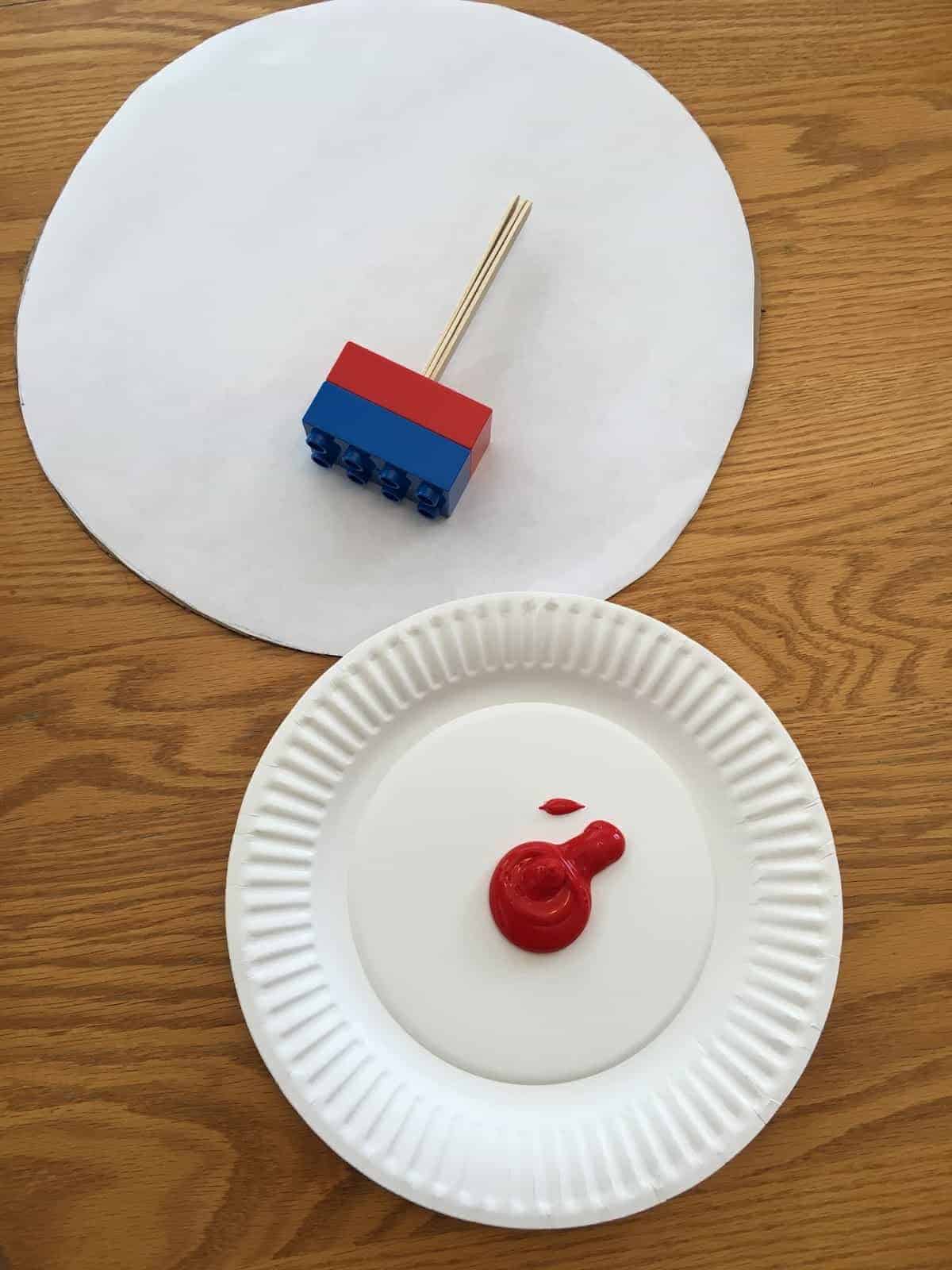 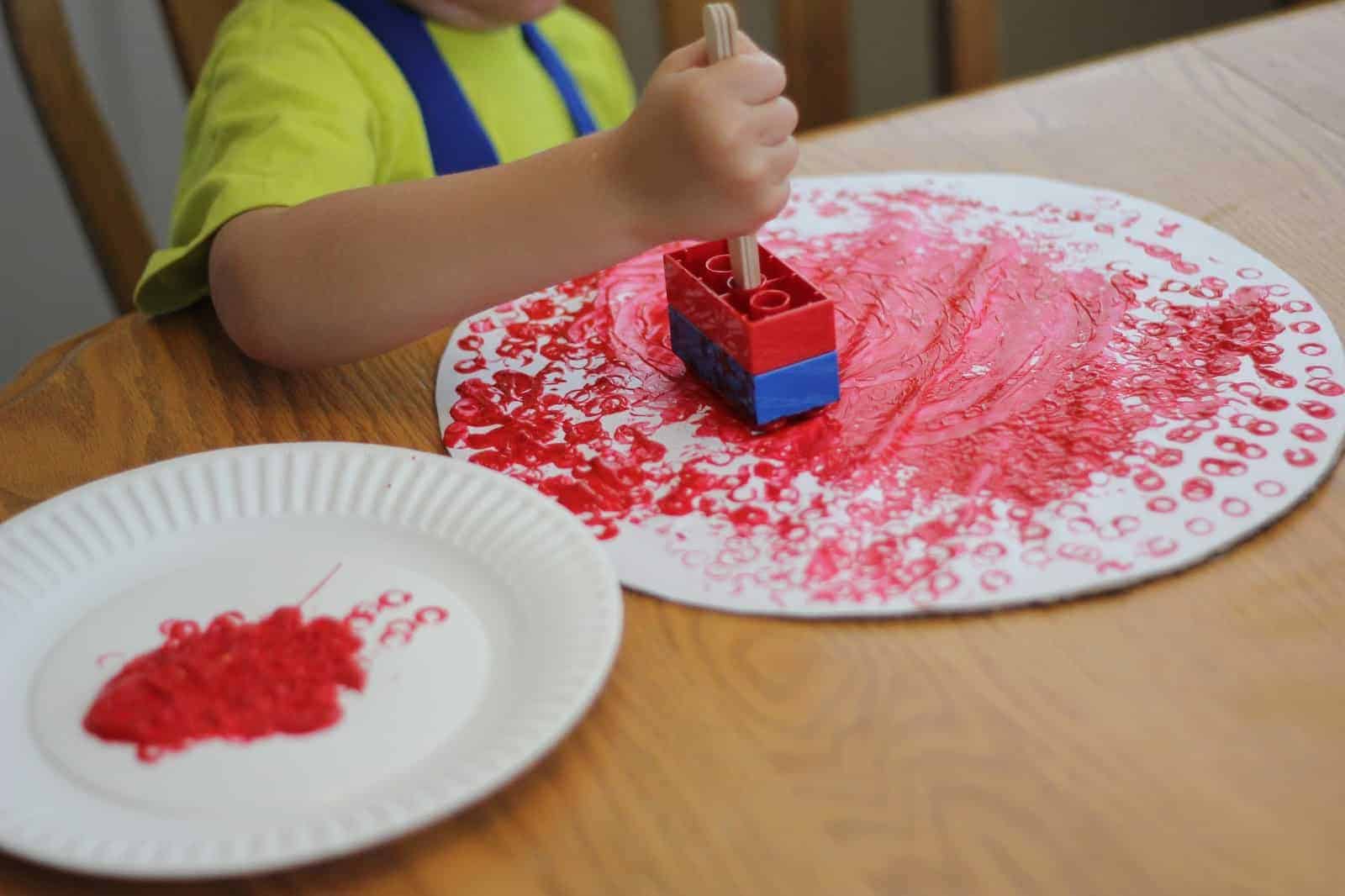 Then we let the big red circle dry while we a paper plate blue and added a red circle around the middle.

Lastly, we glued the paper plate onto the big red circle and then added a white cardstock star in the center of the blue painted section. 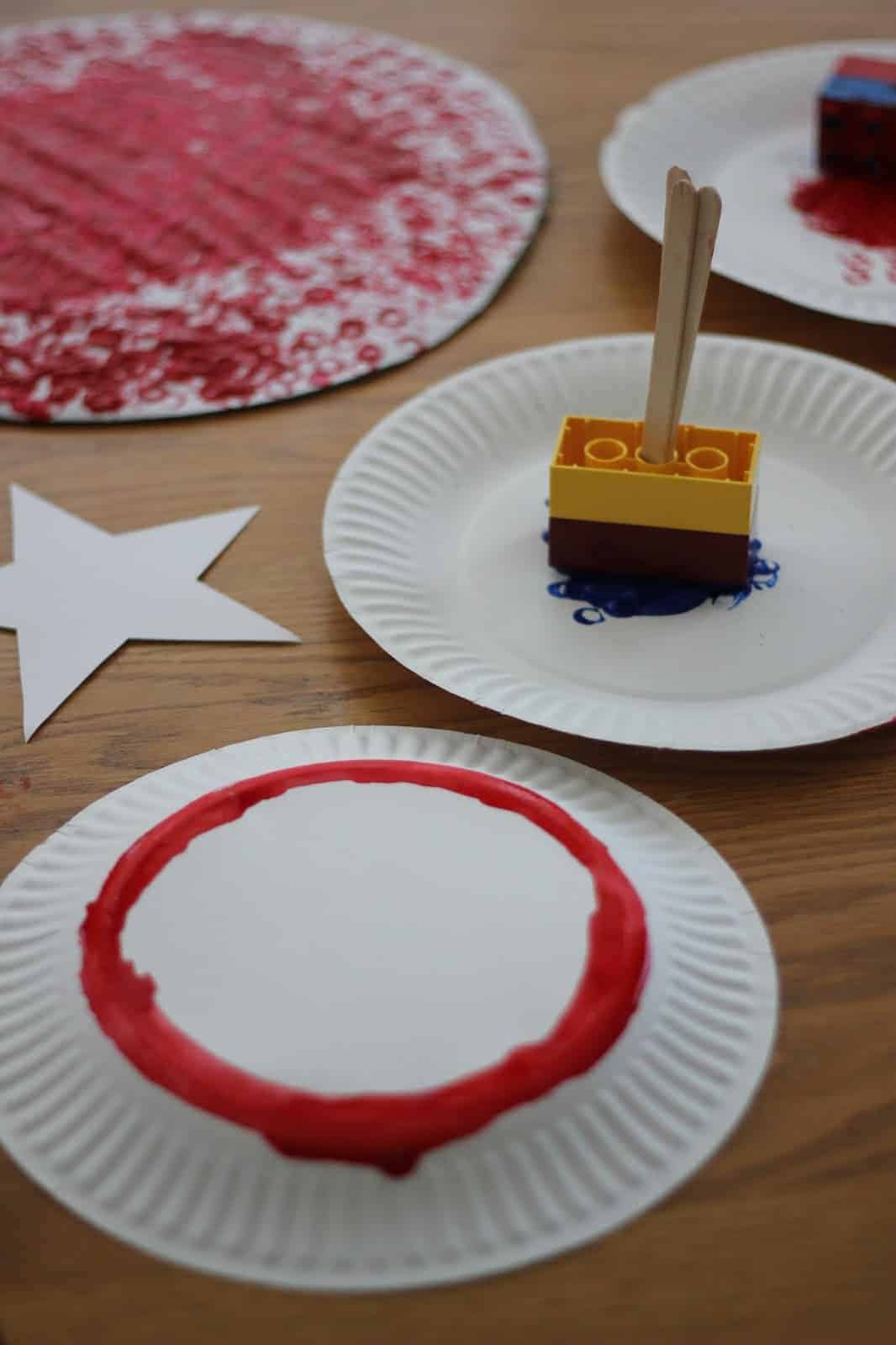 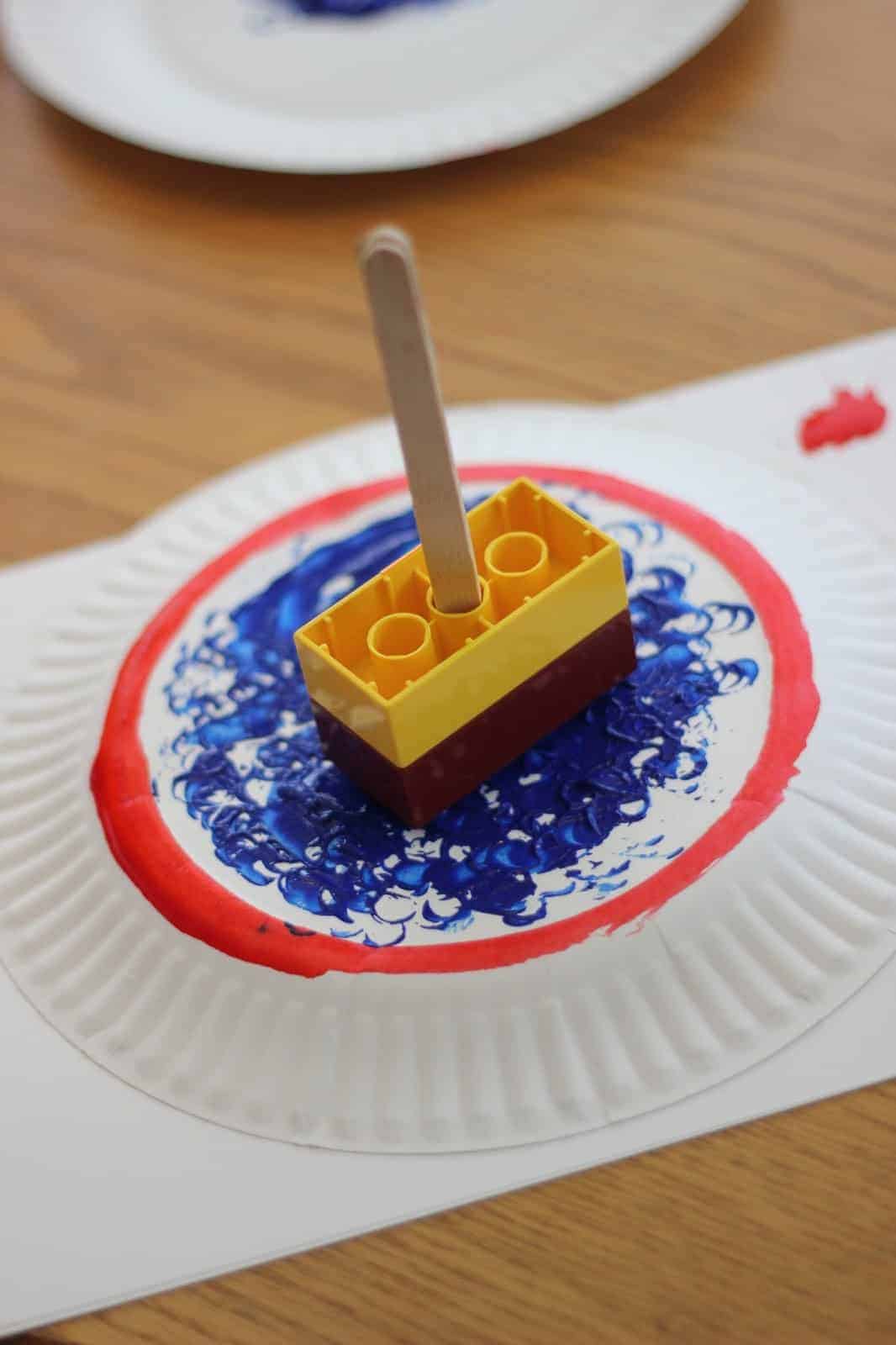 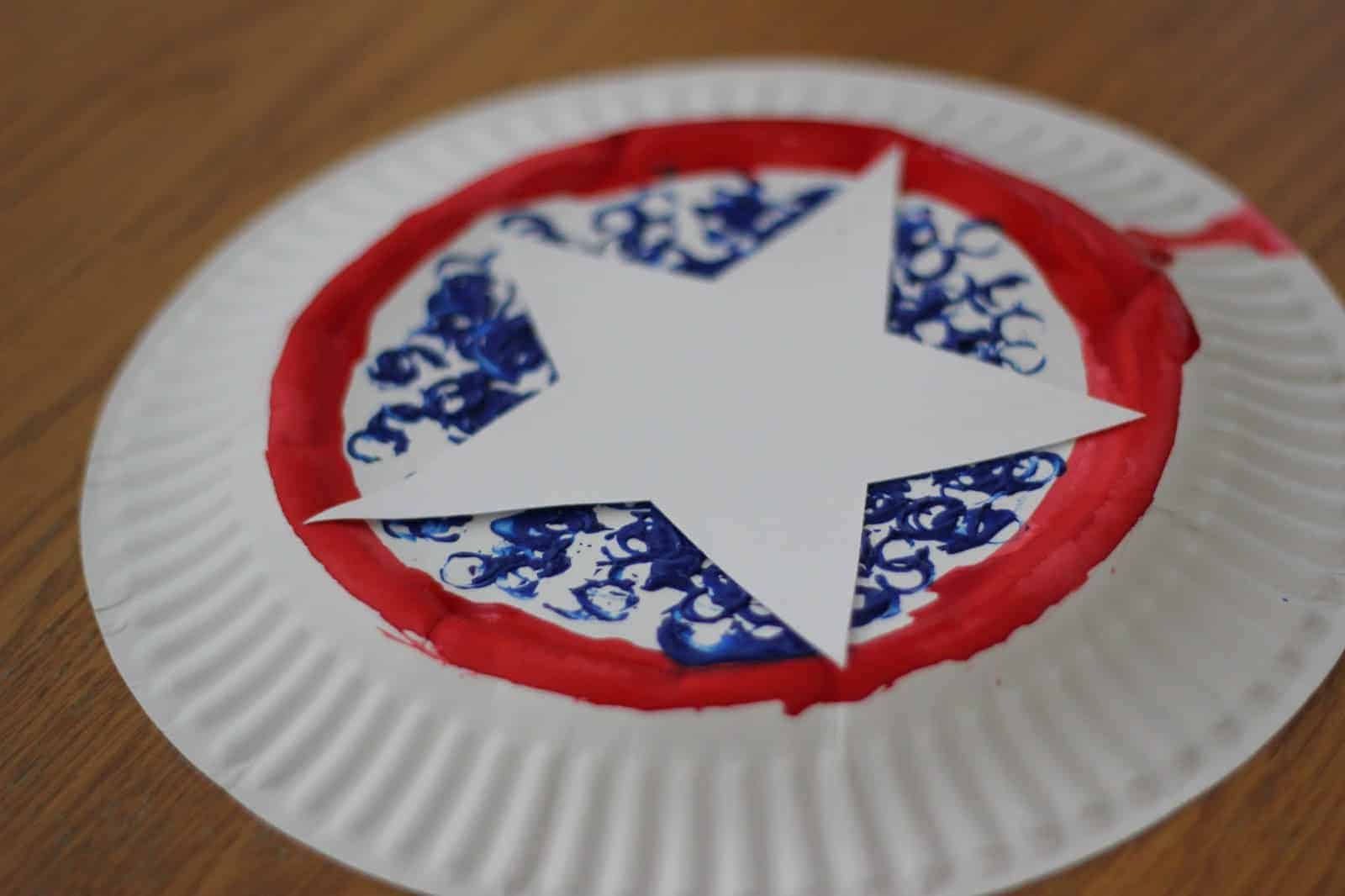 Once all the painting and gluing was done we let the shield dry!

Once it was all dry we added a handle onto the back of the shield with a strip of cardboard and some duct tape... and then is was ready to play with!

My kids and their buddies had fun doing Super Hero pretend play with their shields.

If you want to make a more durable shield, check out our Captain America soft shield tutorial.

Who is your favorite super hero?? 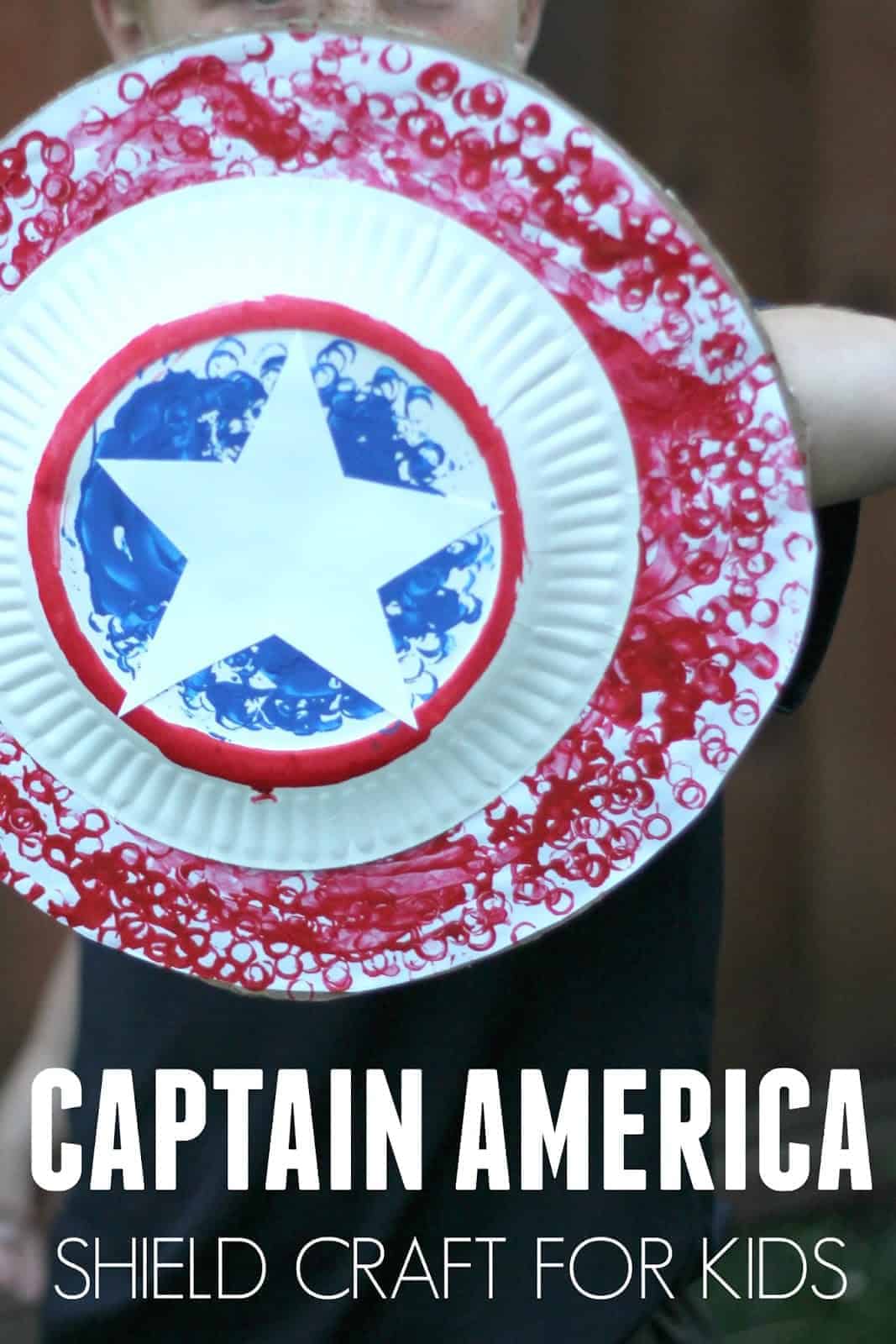