My three-month-old nurses every two hours. Her 3-year-old brother loves to hang out next to me and chat. Sometimes with a baby cuddled up to me I just want my 3-year-old to go off and play. He loves me and his little sister though, so that is rare.

In the afternoons I try and create some simple activities for my 3-year-old to do independently so that I get a little break from him. This week he played a simple frisbee name game. My older kids (ages 5 and 8) joined in as well! 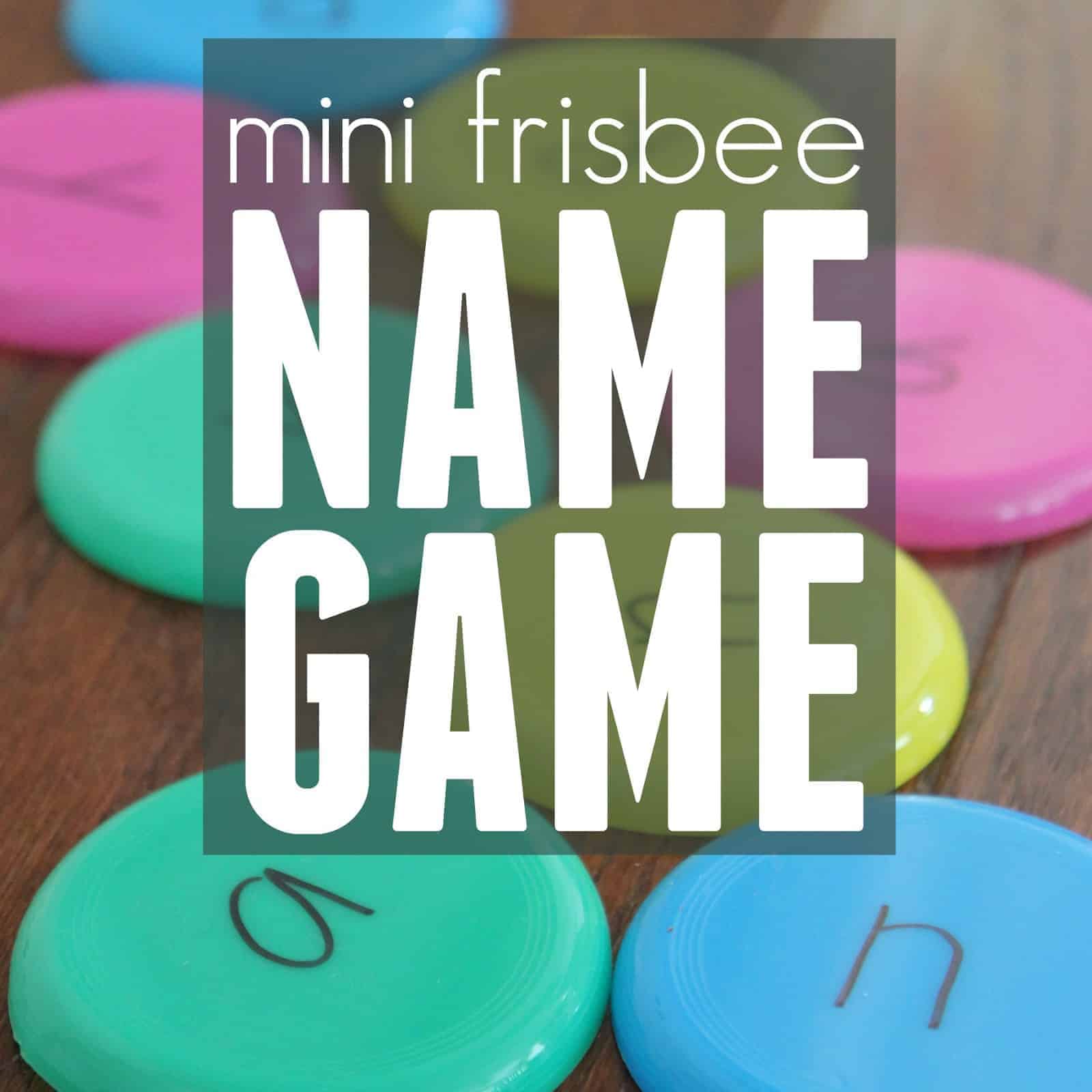 To get started I wrote the letters from my son's name on pieces of cardstock.

Then I taped the cardstock to the floor to spell his name. 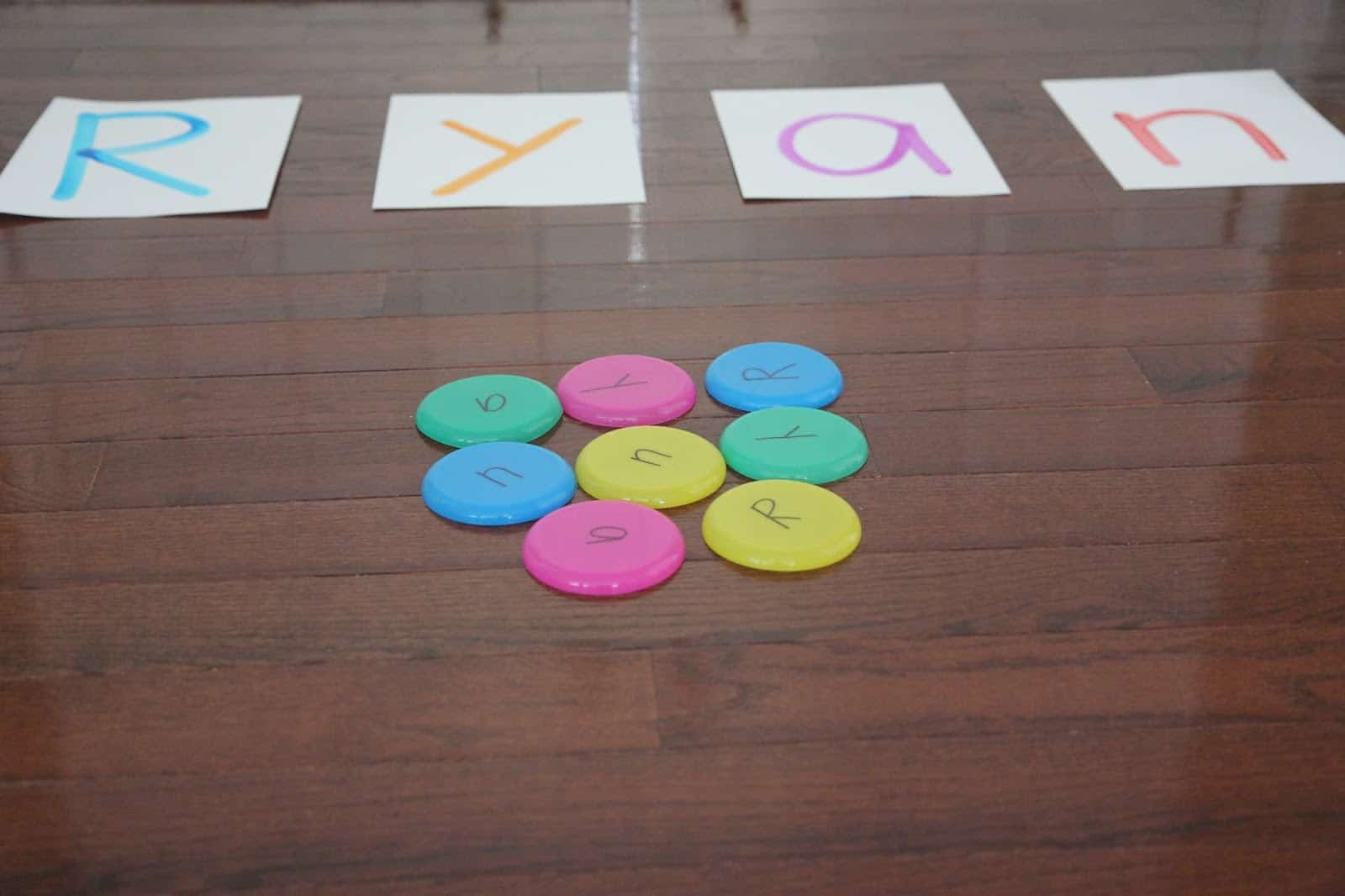 After that I wrote the letters of his name on the mini frisbees. Each frisbee had a different letter.

To play the game the player had to stand on a tape line away from the paper name cards and then try and throw the frisbee so that it landed on the matching paper letter. 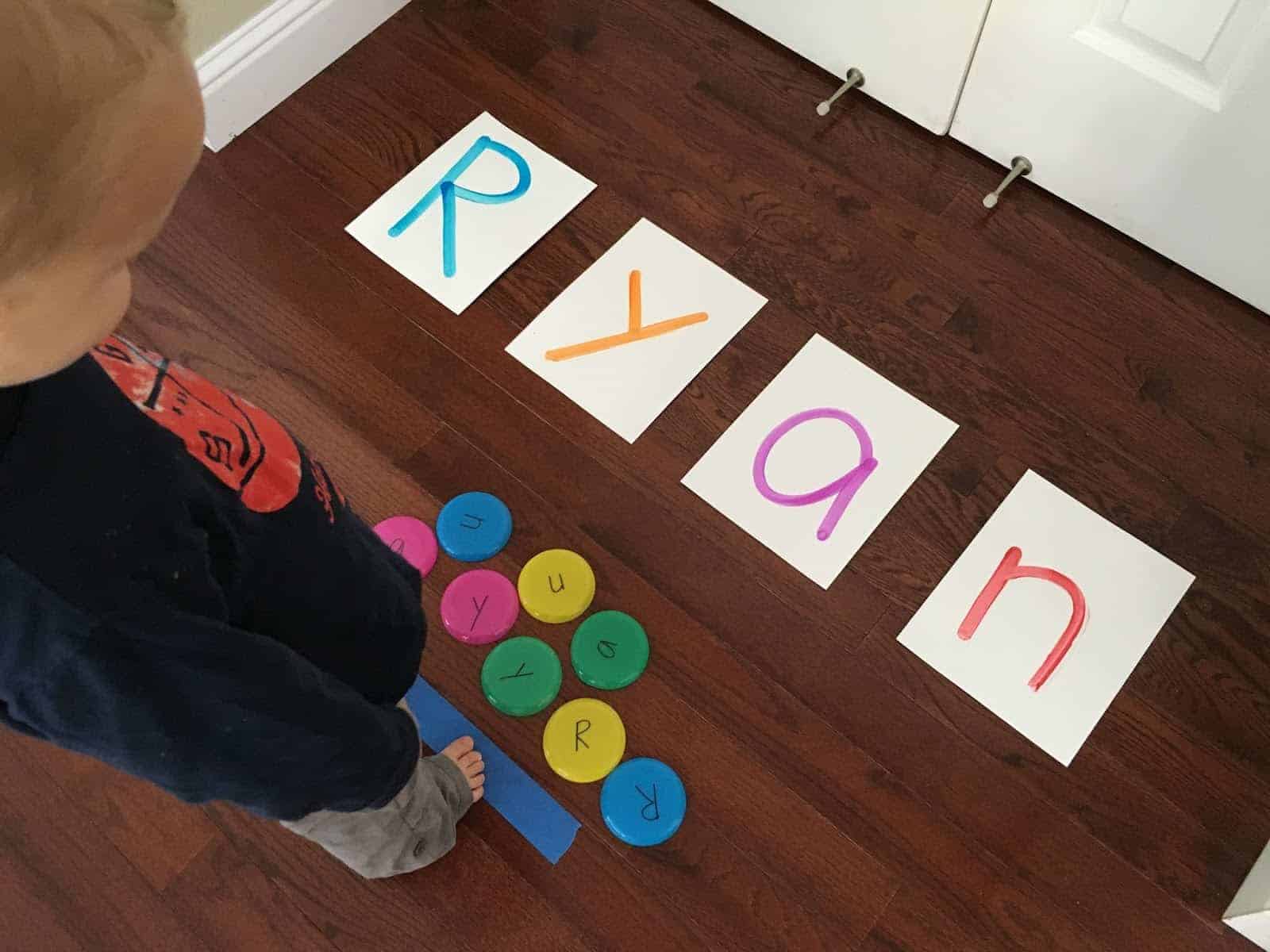 This game was TOUGH!

It required some coordination and persistence.

I loved watching my son play and then my big kids wanted to join in too. They played several times in a row... and then each kid played from different spots around the room. 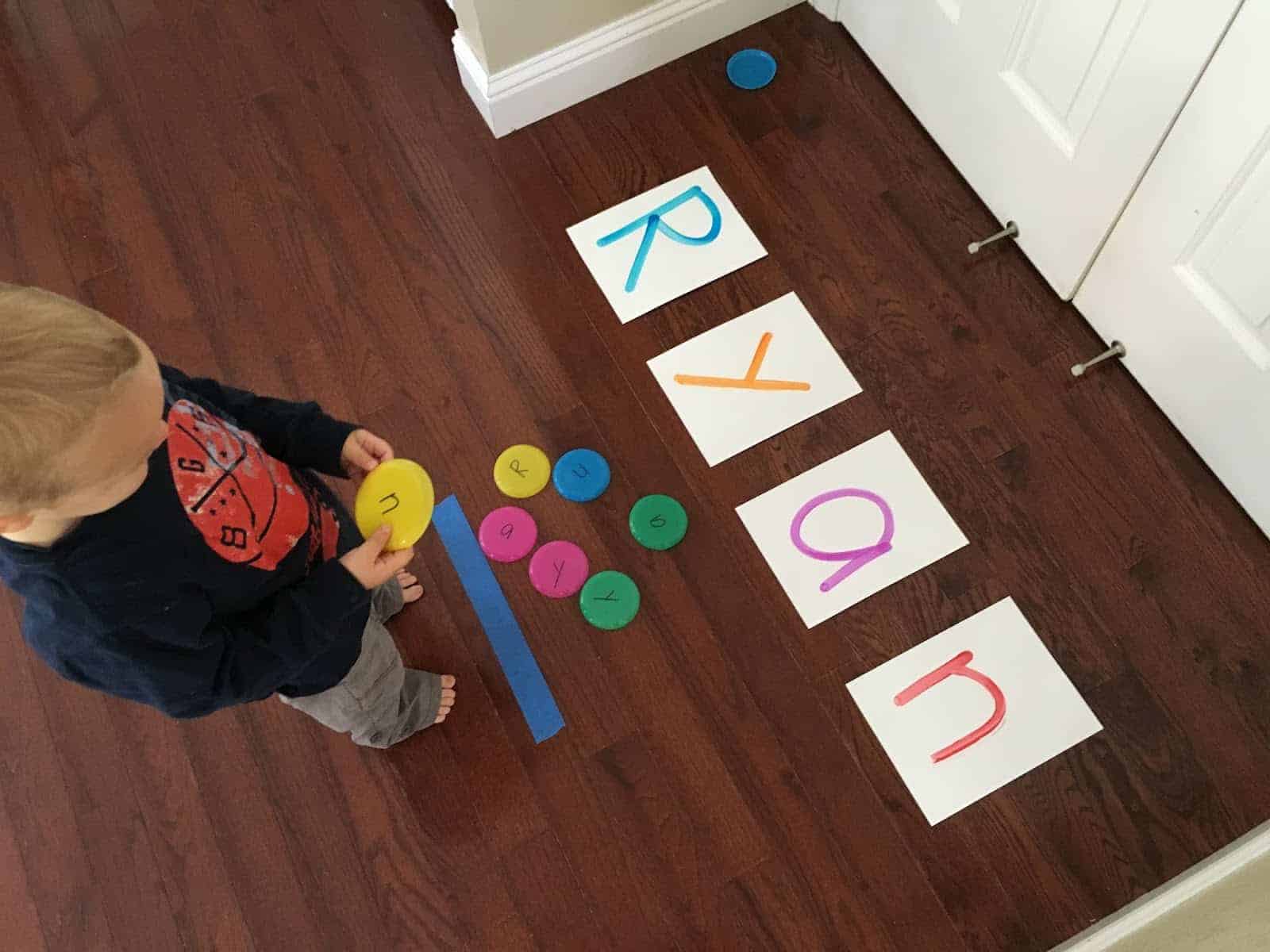 Sometimes my three-year-old would just drop the frisbee right on top of the letter... and that counted too! We tried to practice saying the letter name before we matched it with paper letter. 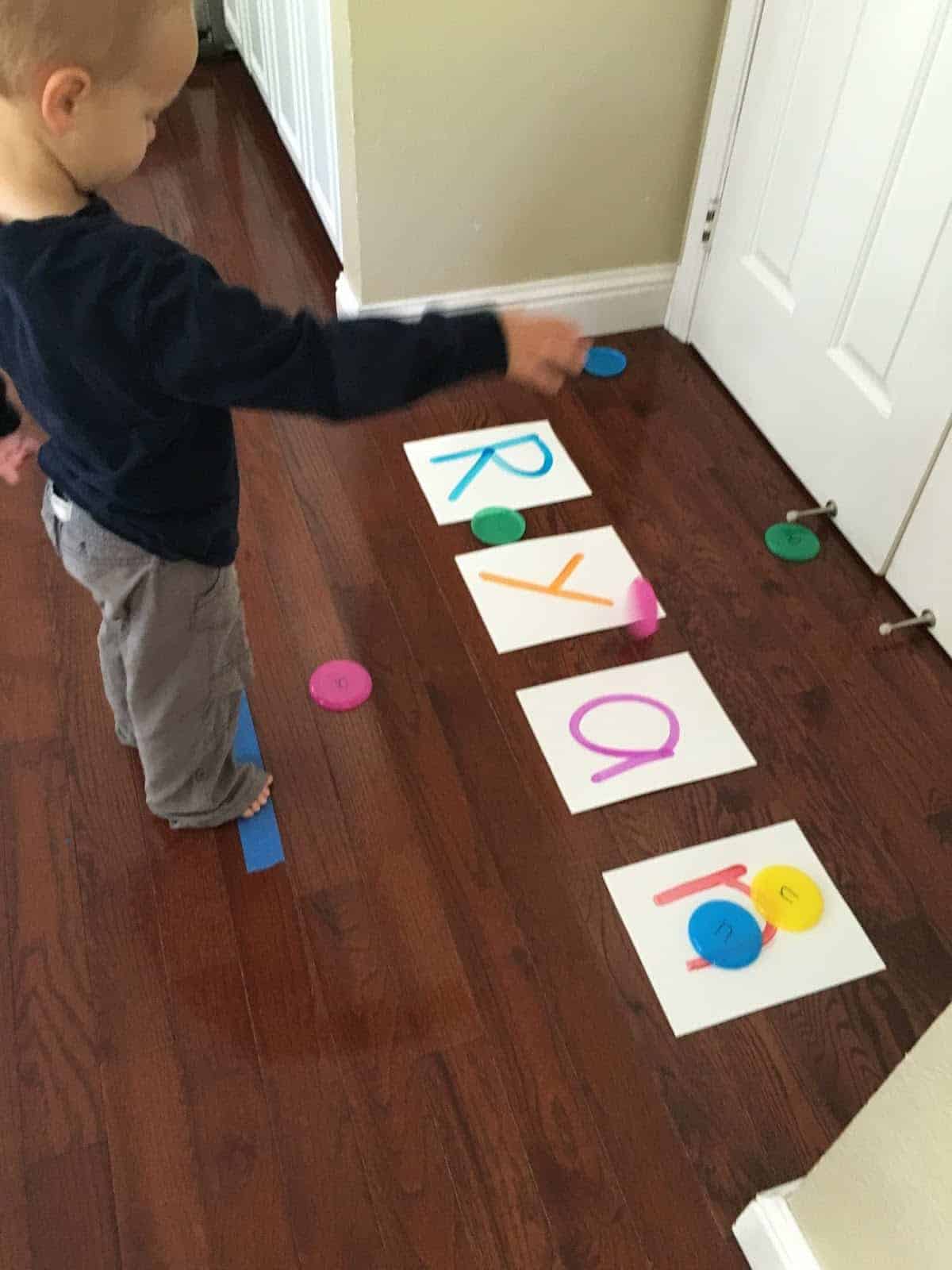 My eight year old made us move things around so he could play from really far away! 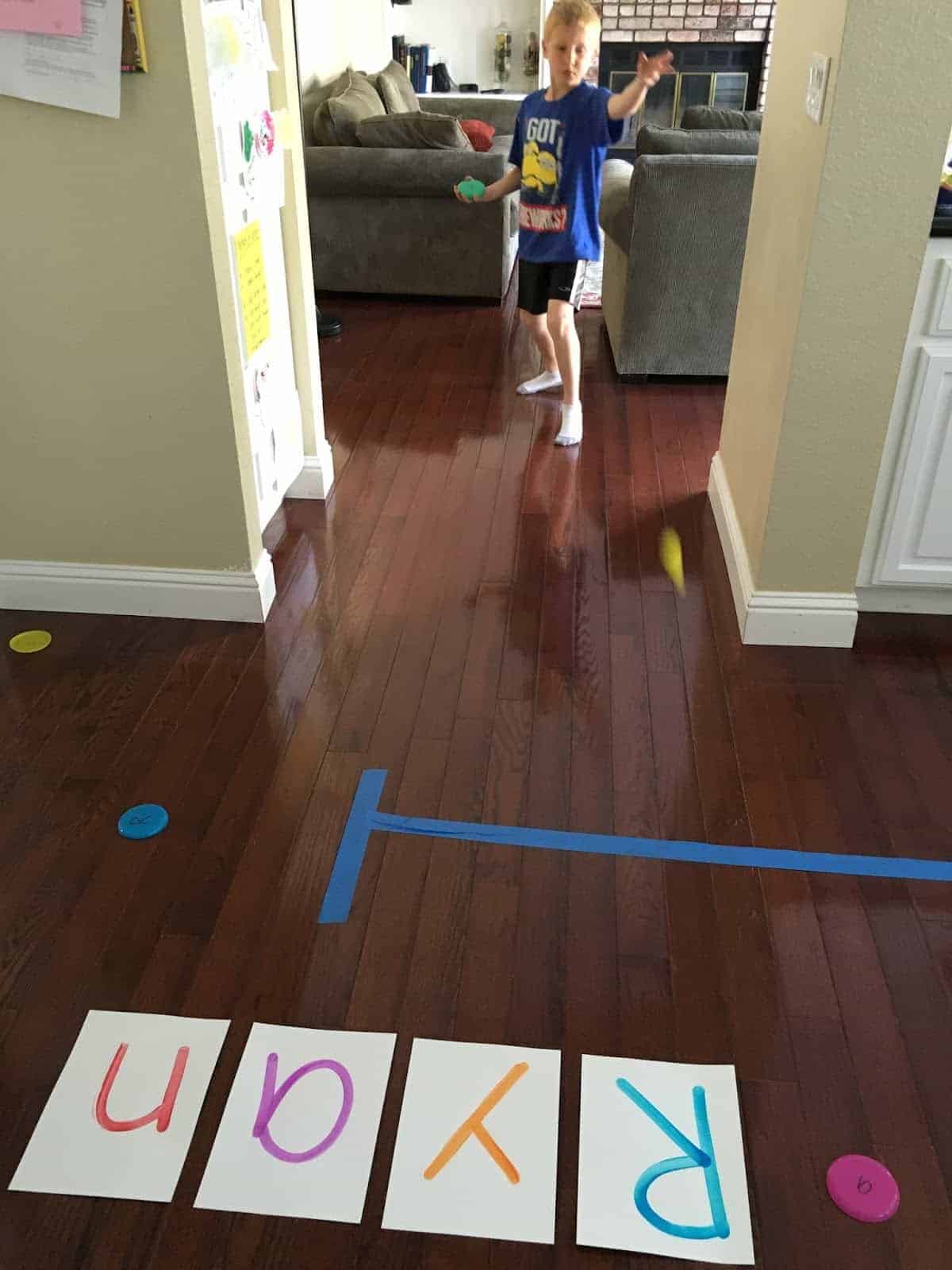 We also stuck the letters on the wall and used them as frisbee target practice. It was a lot of fun! 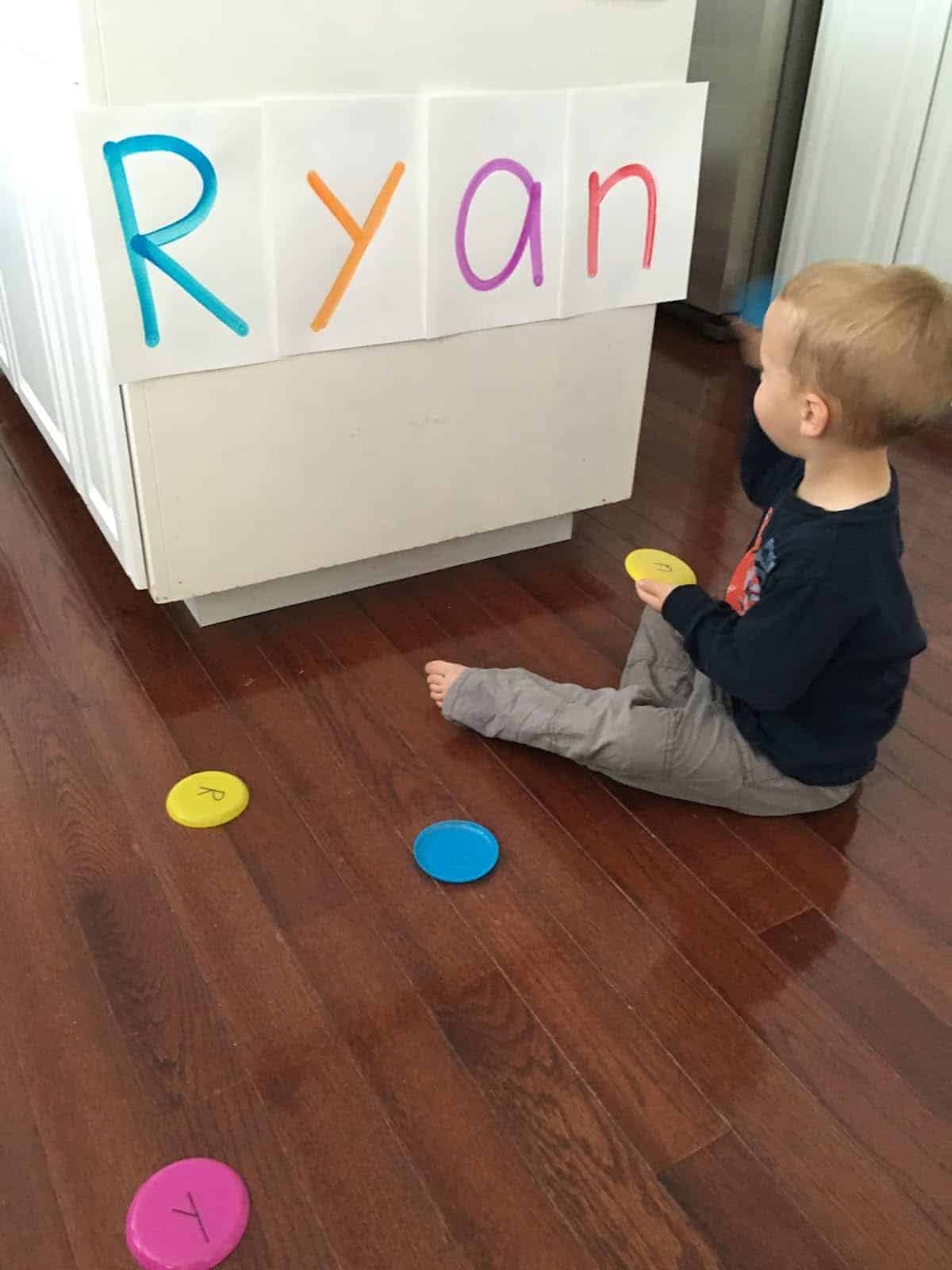 You can watch my three-year-old play one time by clicking on the video below.

Do your kids like to do matching games or explore their names? 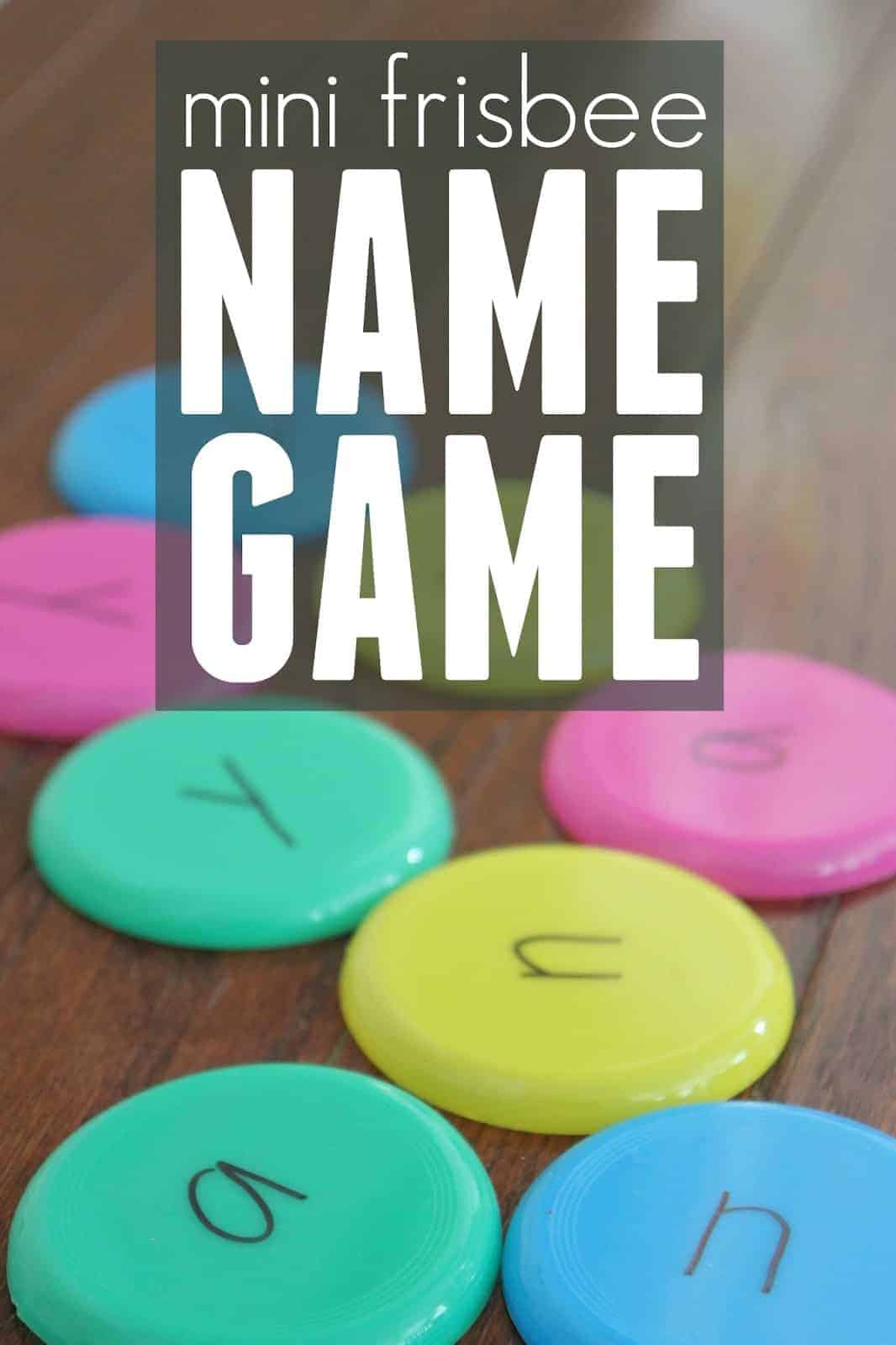