We love to move. I am constantly amazed at how much my kids move during the course of the day. Although I admire their energy (and wish I had more of it), sometimes it is exhausting. I am always looking for ways to channel it so that they aren't running around in circles.

Last week we created an alphabet movement game called Color a Heart! We were inspired by Nurturestore's simple play challenge with a roll of paper... so we grabbed one and started creating. 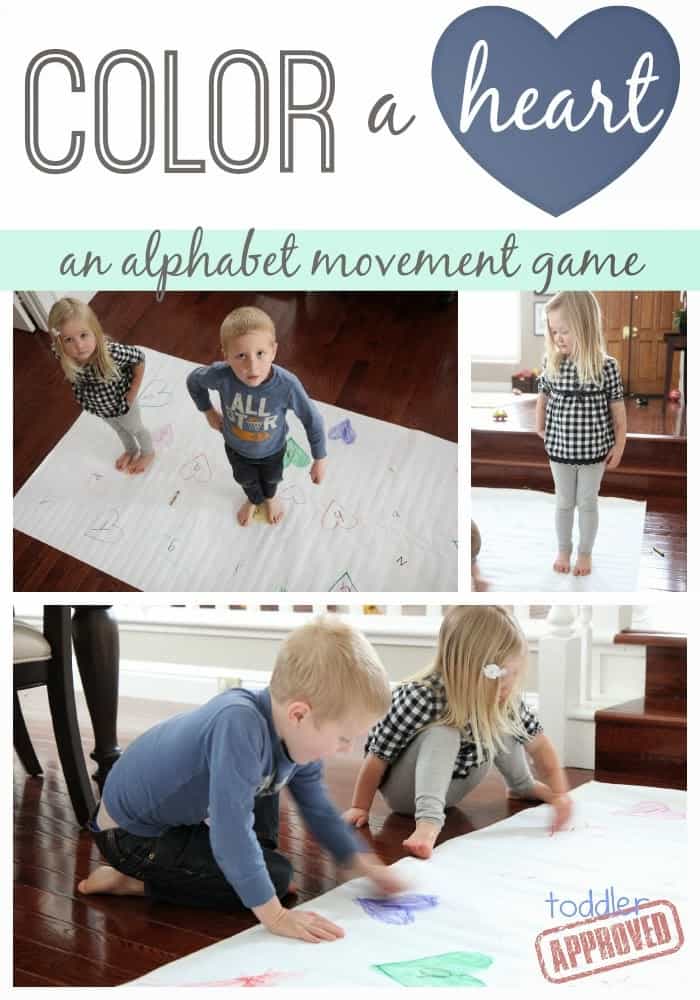 While the kiddos were having quiet time in their rooms I rolled out a big roll of paper and stuck it to the floor with painters tape.

Then I used a black marker and drew hearts all over the paper and added alphabet letters inside each heart. 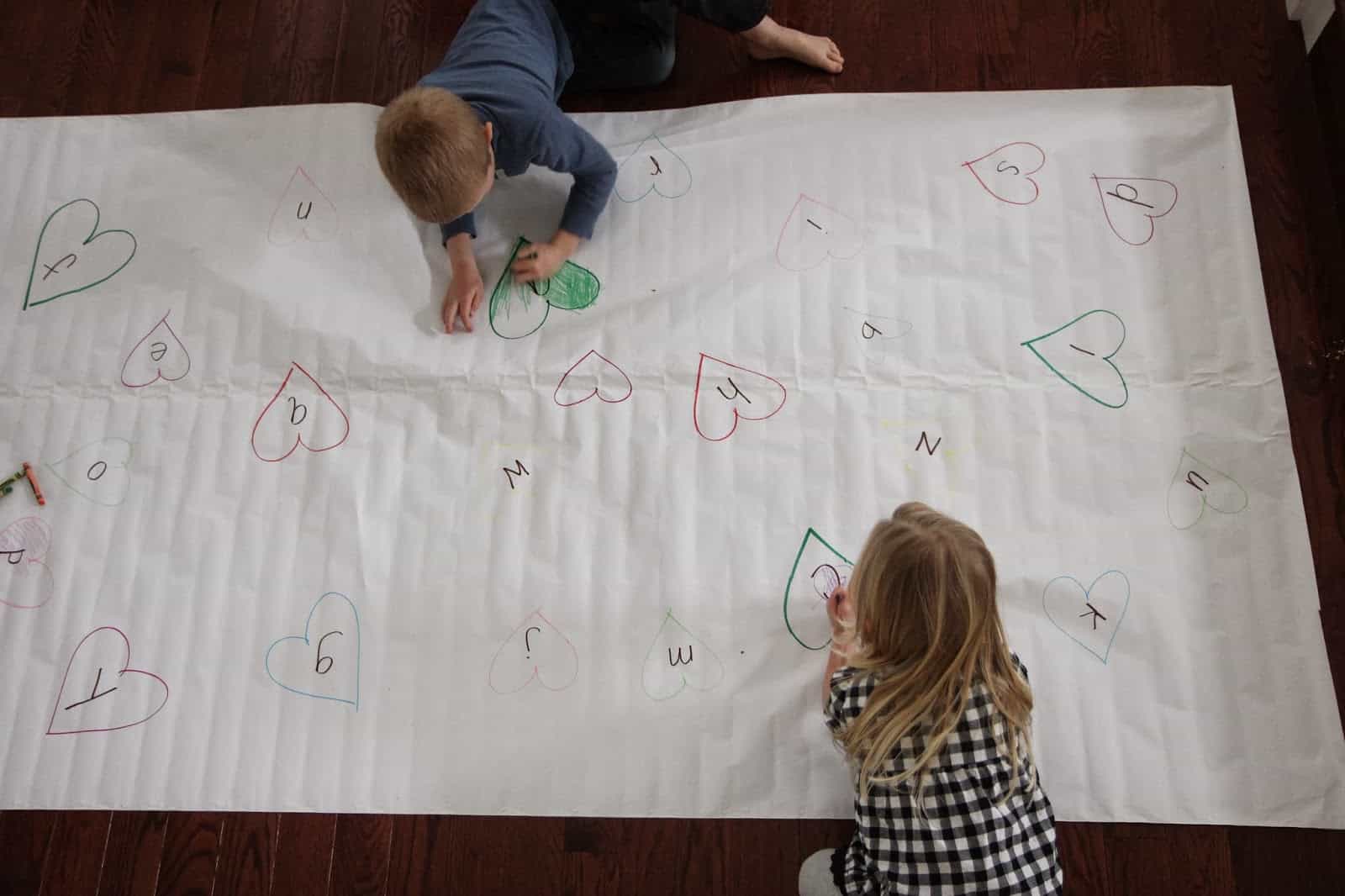 Once I was done drawing hearts and writing letters, I put a bowl of crayons on the floor. When the kids were done with quiet time I invited them to color their favorite letters. My 5-year-old could've easily done the set up for this activity if I had let him (Oops! Must remember to do that next time). 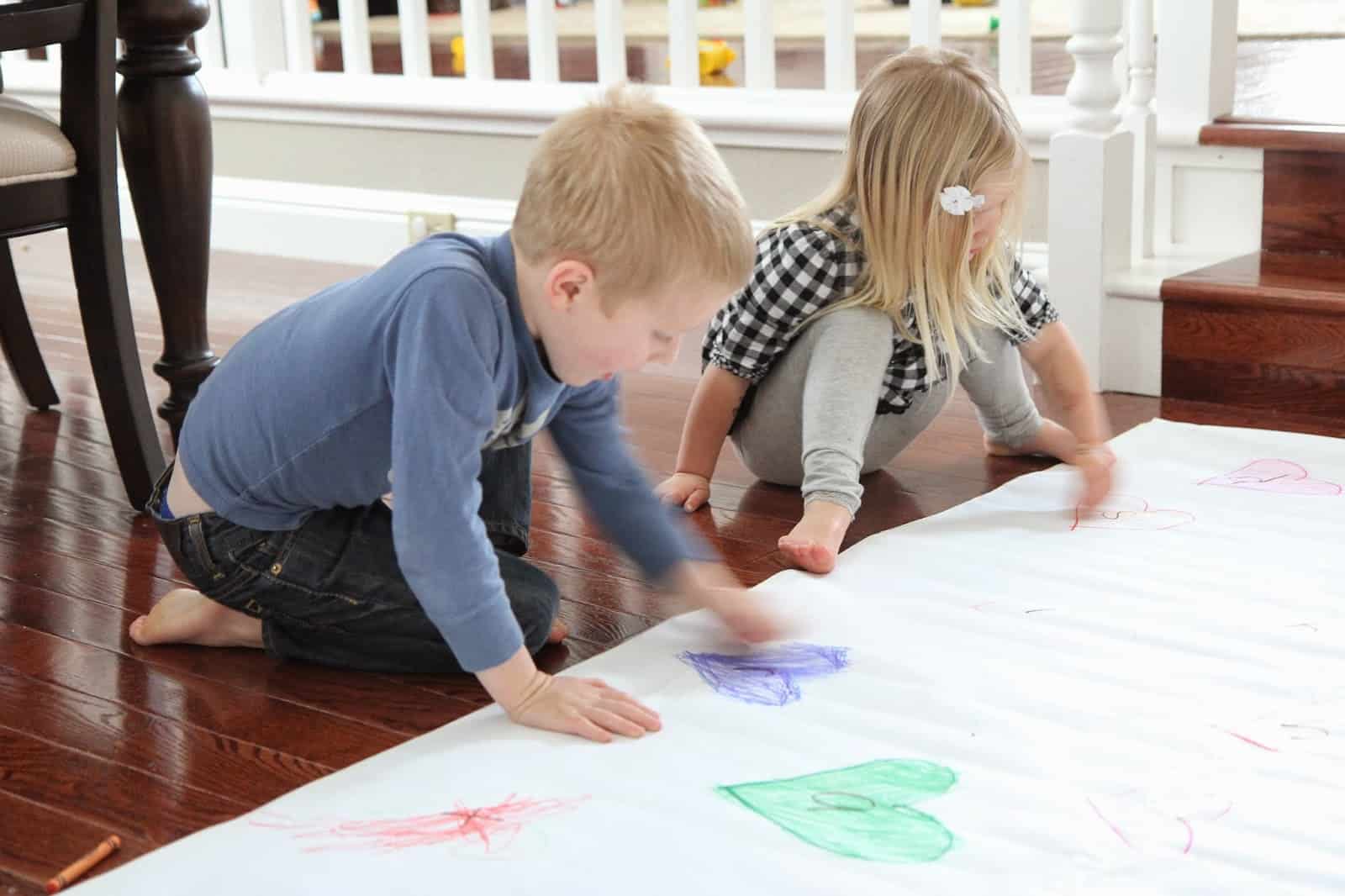 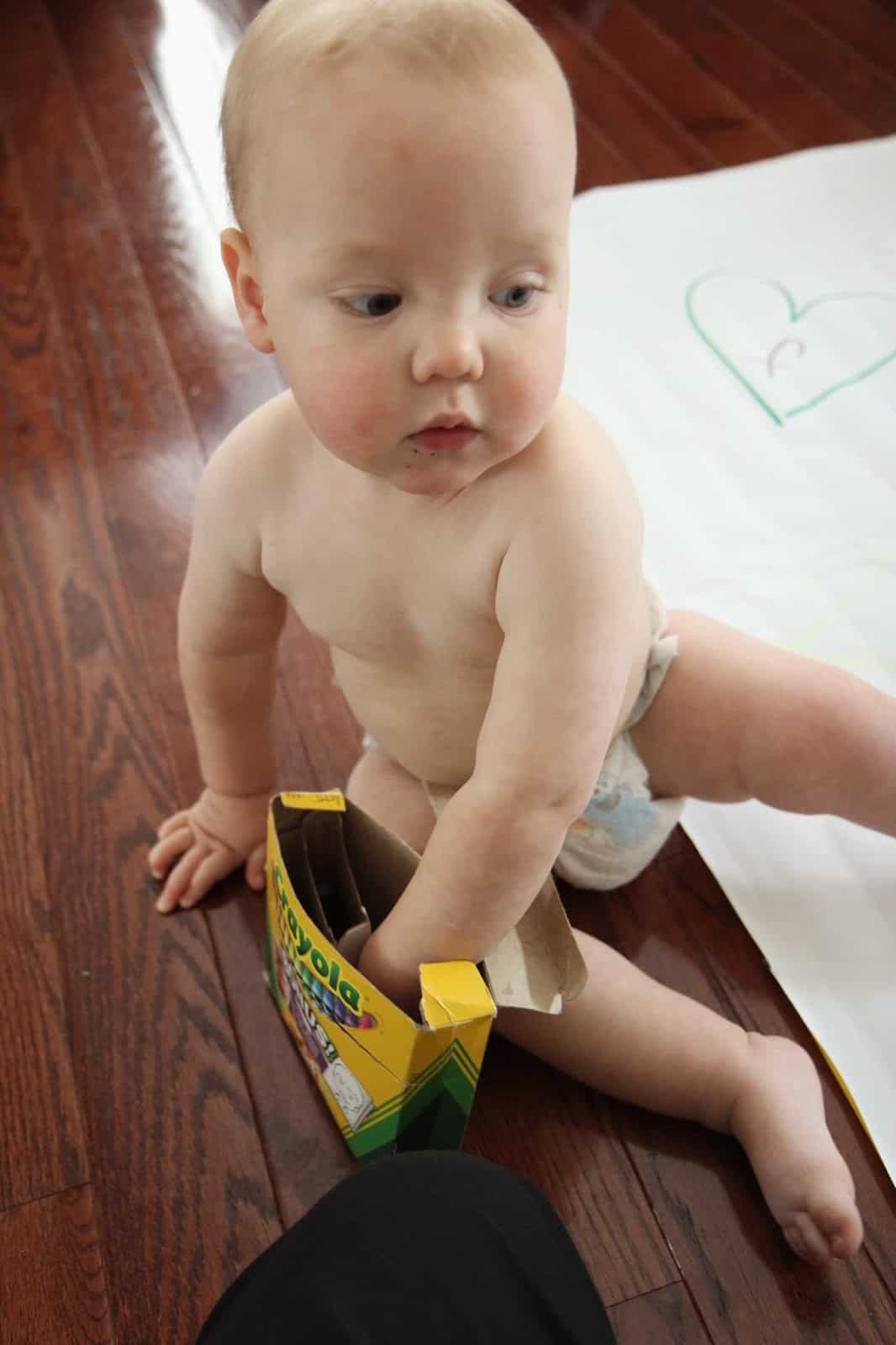 While they colored we talked about the letters they saw, the sounds the letters make, and their favorite words that have those letters in them. 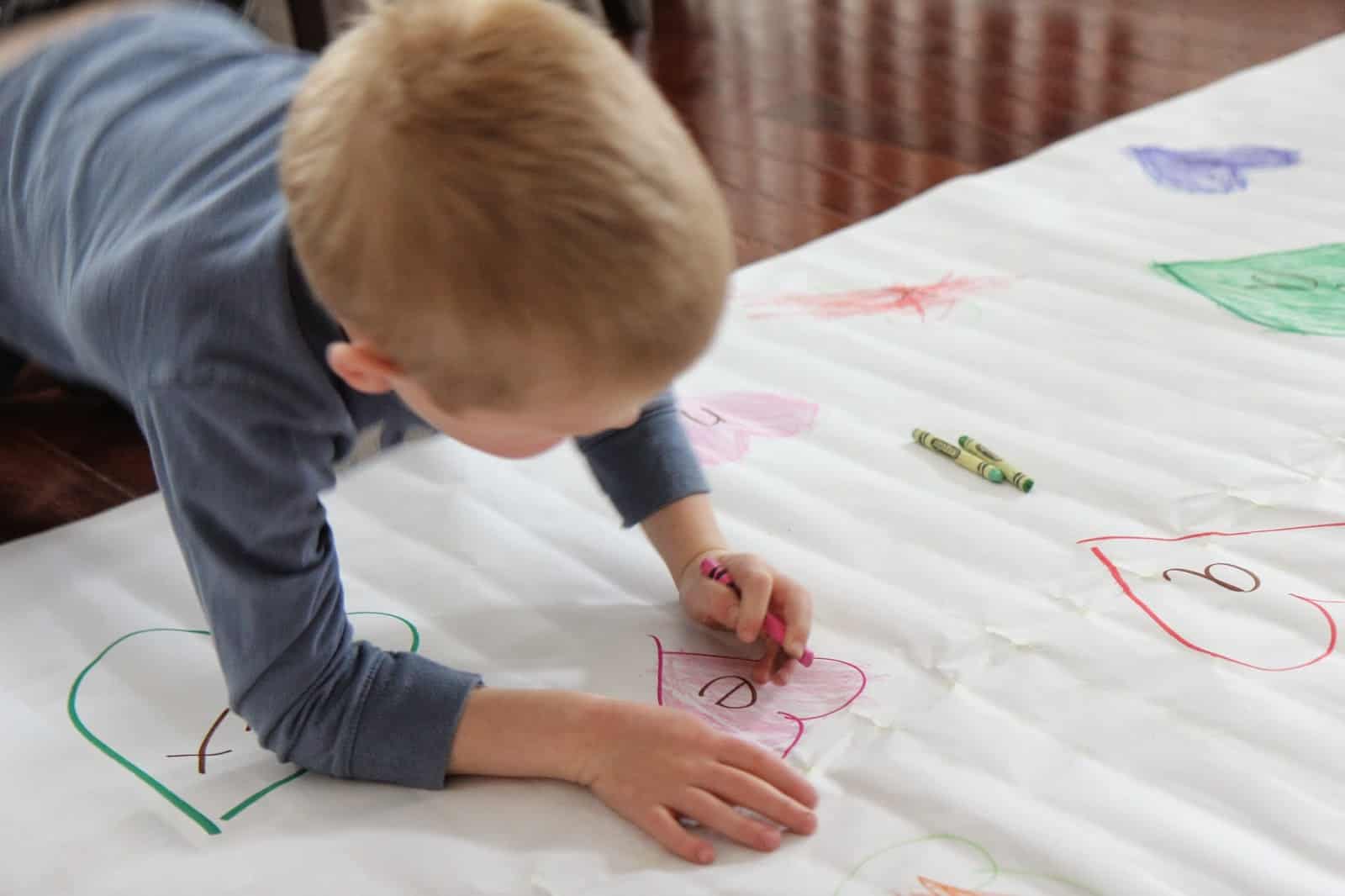 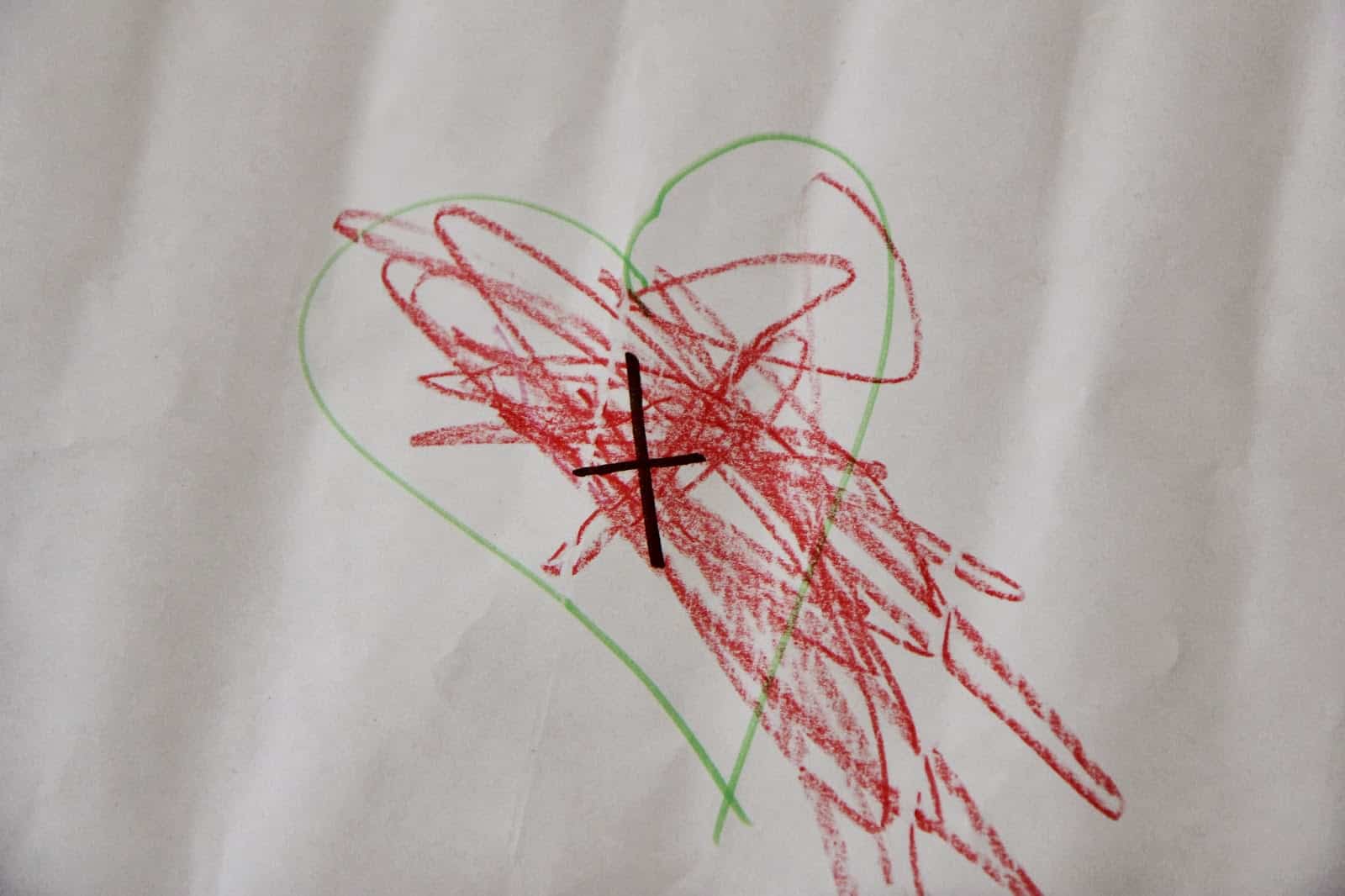 My 3-year-old did a few brief scrawls on each heart before moving onto the next one while my 5-year-old spent a long time coloring each heart he chose. 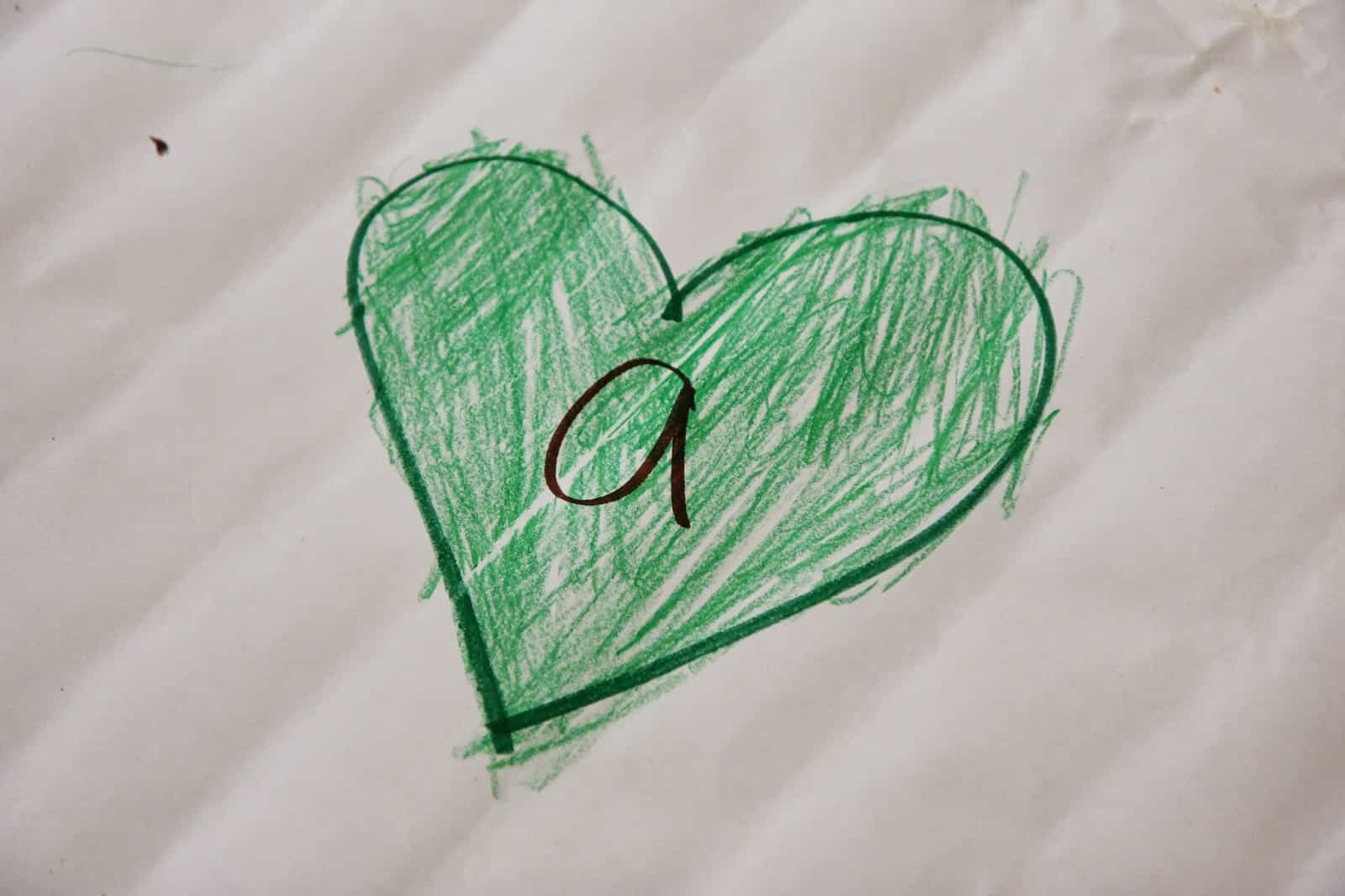 After we were done coloring, we played a simple game where I told each child a letter to find and then had to run and go stand on it.

For my 5-year-old I said something like, "find the letter that is at the end of the word dog"

While for my 3-year-old I said something like, "find the letter C in your name, Catie." 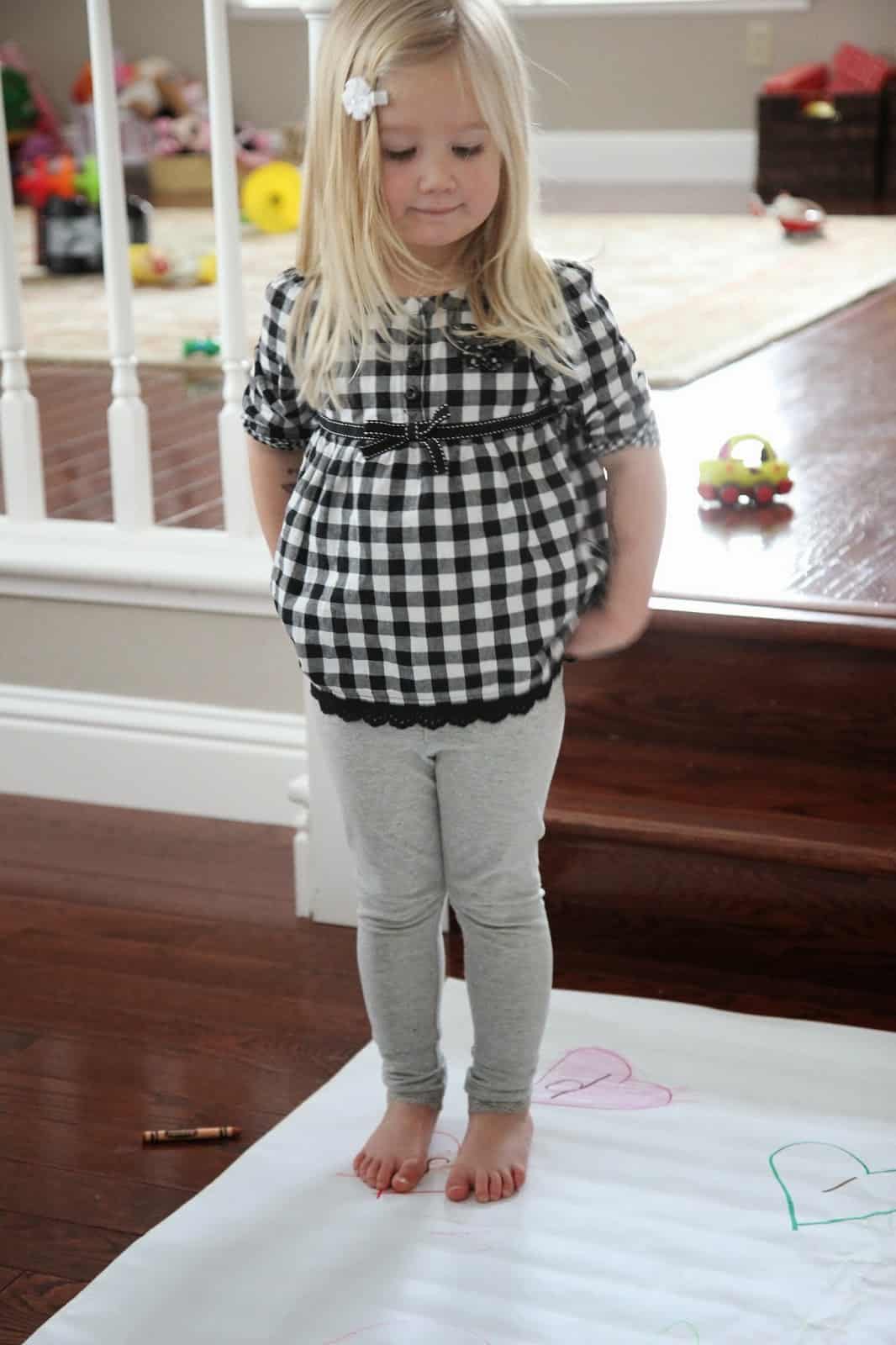 Both kids enjoyed exploring the letters at their own pace and in ways that were perfect for what they are learning right now. My daughter was most interested in finding the letters in her first name while my son like finding letters related to his favorite Star Wars words. 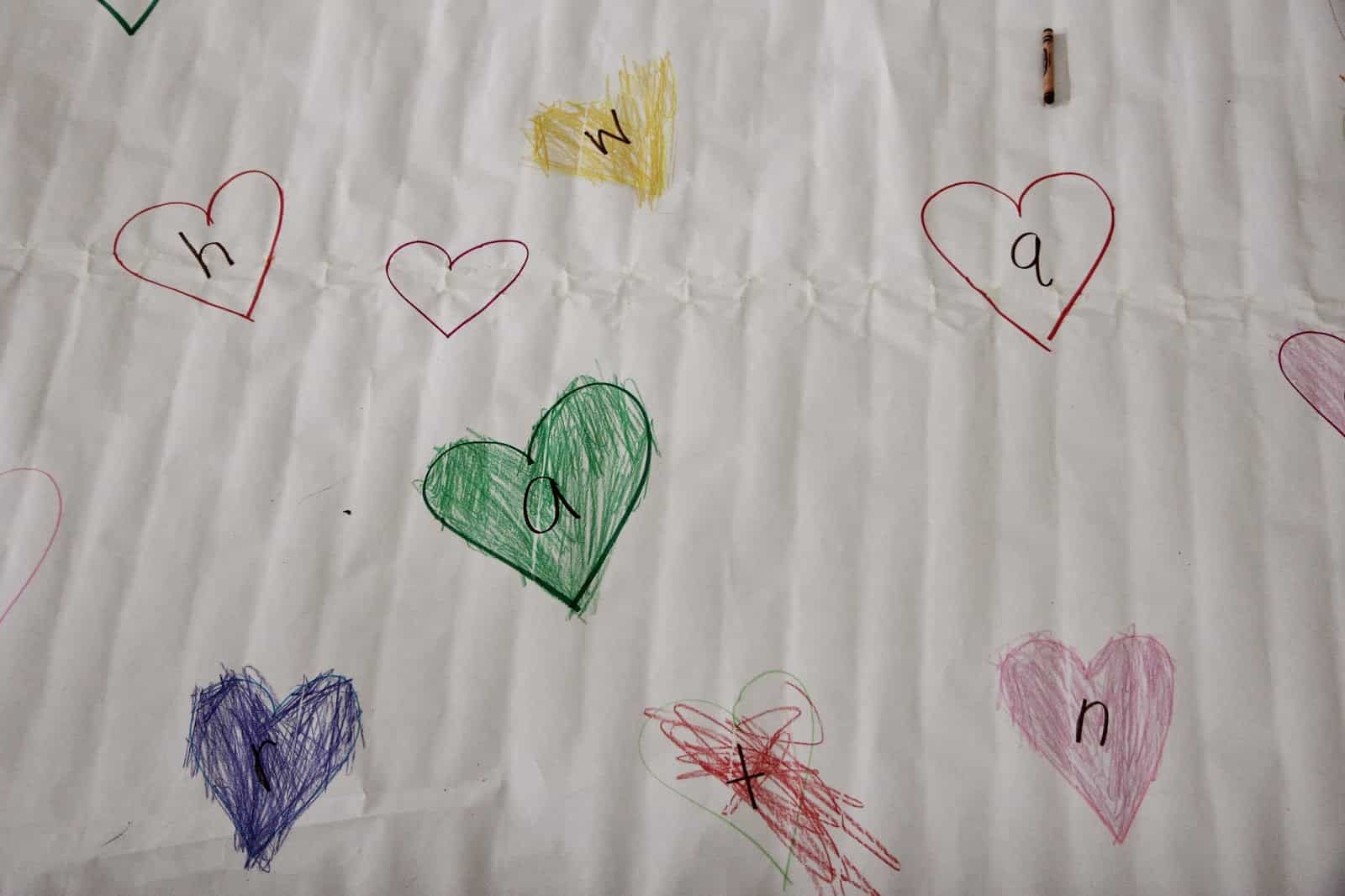 This was such a simple movement game that got their bodies moving in all sorts of ways. We also added in hopping on the letters and jumping from letter to letter. I'll bet you could think of several other games to play with this large alphabet heart roll of paper.

We share Move & Learn posts each week. Our new Move & Learn day is Thursday... so stop by this Thursday for another activity that gets kids up and moving.

Here are a few of our most popular Move & Learn games if you want to get your kids moving and learning more too...