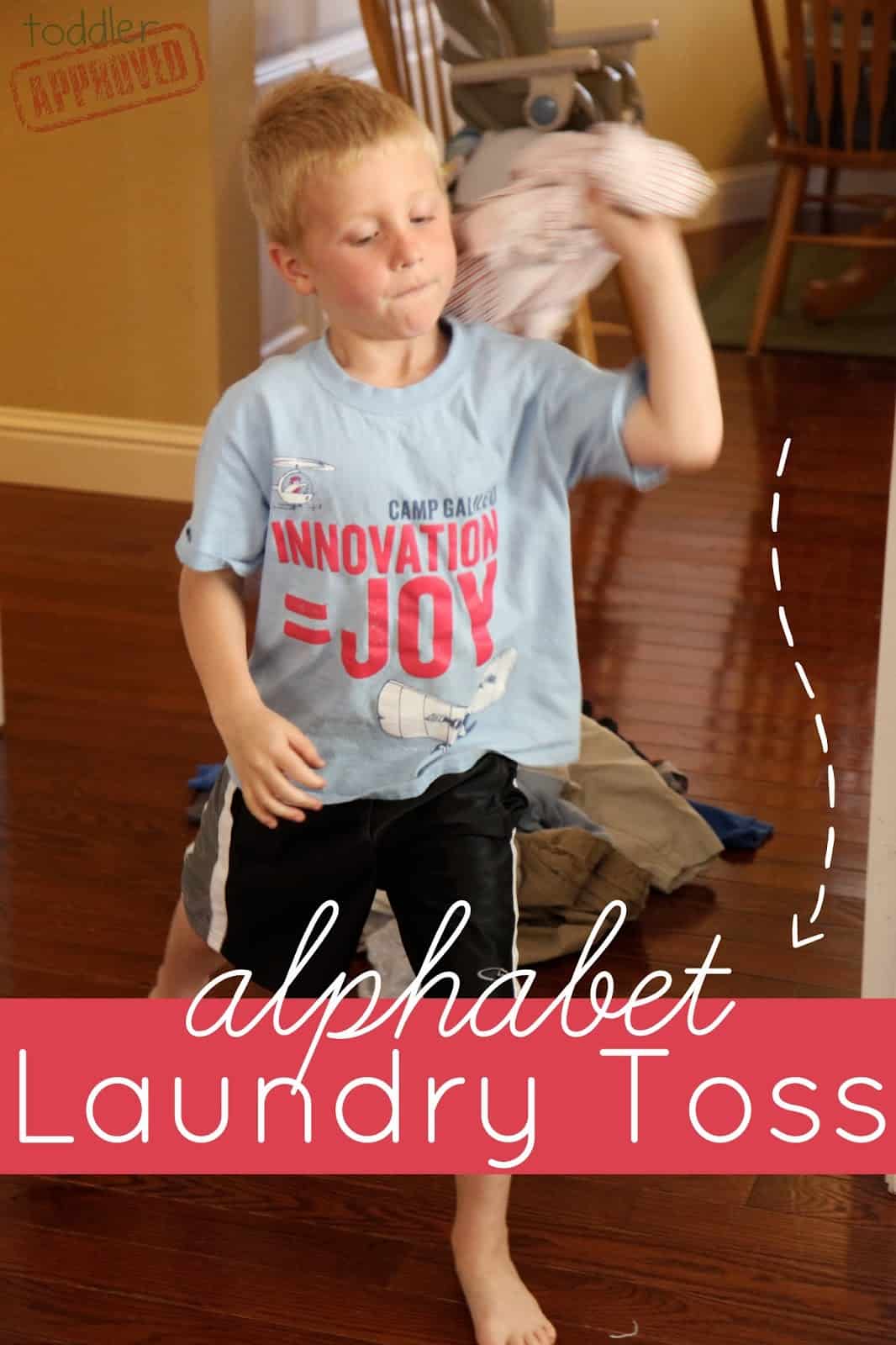 Honestly, I hate laundry. I don't hate doing laundry... but I hate putting it away because right after I put it all away it is all dirty again.

I feel like I have seriously been kicked in the face this past year as I have adjusted to life with three kiddos in my house. The extra noise is fun, the extra kid crying sometimes is manageable... but I never really thought through how adding one more kid to the mix meant so many extra clothing items. Not only the extra clothes, but the depleted brain power... which means that not only do I do laundry all the time... but I also forget about laundry all the time. Like the other week when I ran the same round of clothes three different times because I would wash them and forget to dry them, so then I'd want to wash them again... and forget to dry them again... and on and on. Please tell me I am not the only parent who feels like they are losing their mind!!?? 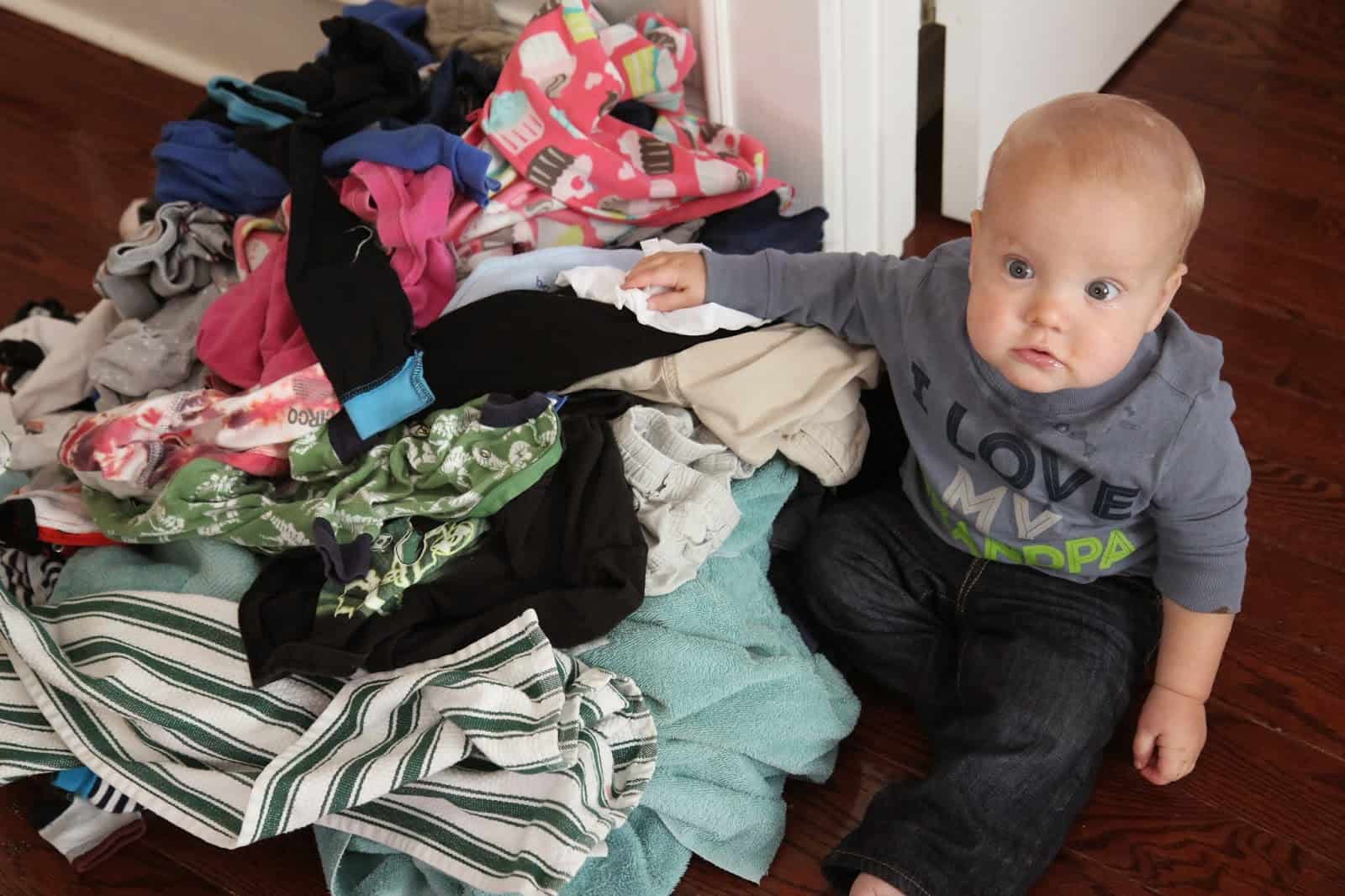 Fast forward to yesterday when we desperately needed to get our laundry done and put away all in one day. We only had an hour between school, errands, homework, basketball, dinner, etc. so I decided to kill two birds with one stone and force us to get the laundry put away while also doing a fun little alphabet laundry toss game.

I started off by grabbing tape, markers, and several pieces of cardstock.

Next my 5-year-old and 3-year-old brainstormed the names of all of the different items in our laundry pile and my son wrote them each down on a piece of cardstock using his best invented spelling. Our main goal was to focus on the initial sound in each word and the alphabet letter that went along with it.

For example, my son said "pants" so then both kids tried to remember what sound "pants" started with (/p/) and then they wrote the letter that made that sound-- letter P! 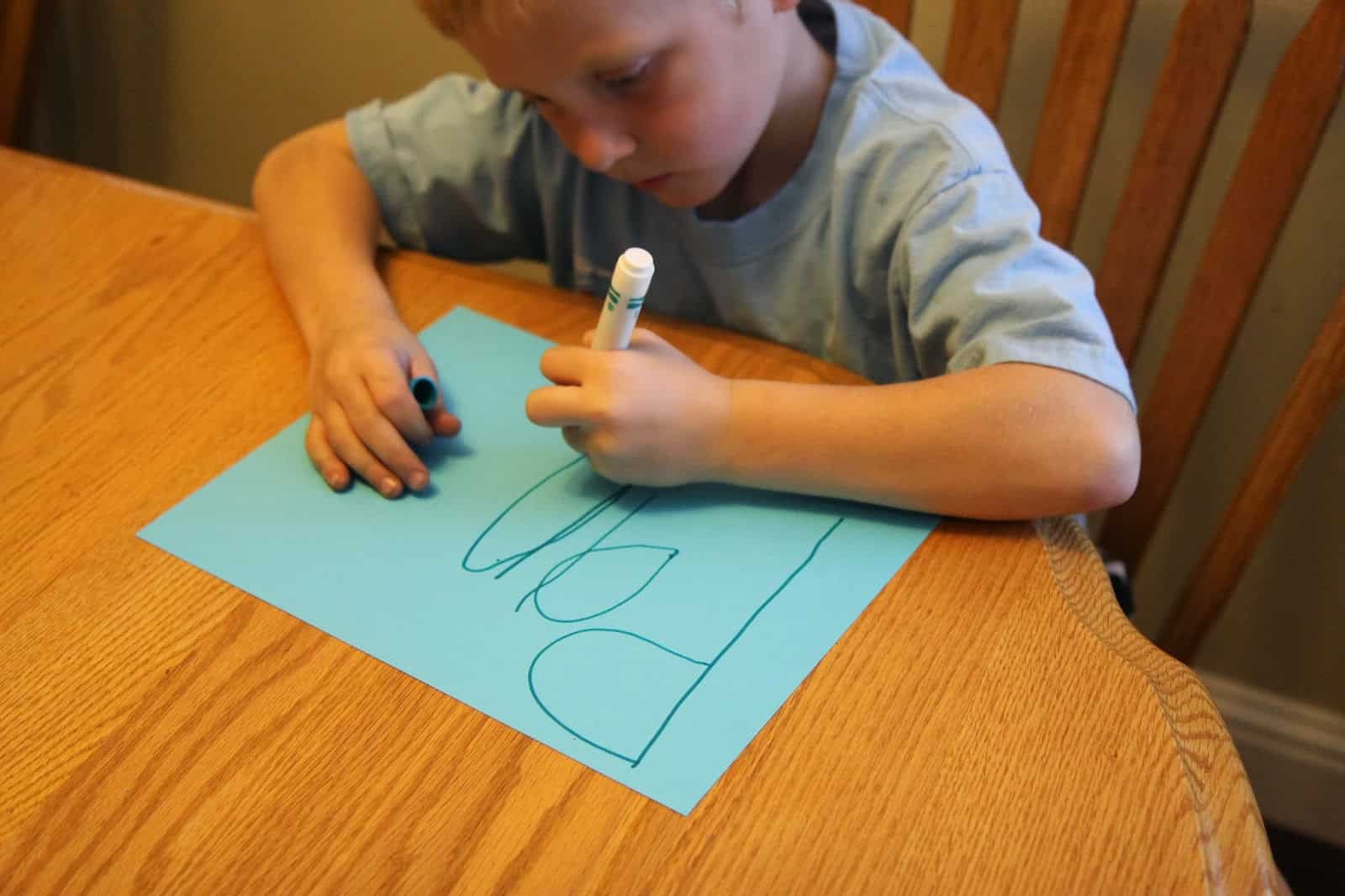 He wrote out pants, underwear, shirts, towels, etc. and then we taped the cardstock words to the ground.

After that we grabbed our giant pile of clothes and the kids started running around and taking clothing items from the pile and dropping them by each word- all the shirts with the shirts, pants with the pants, etc. 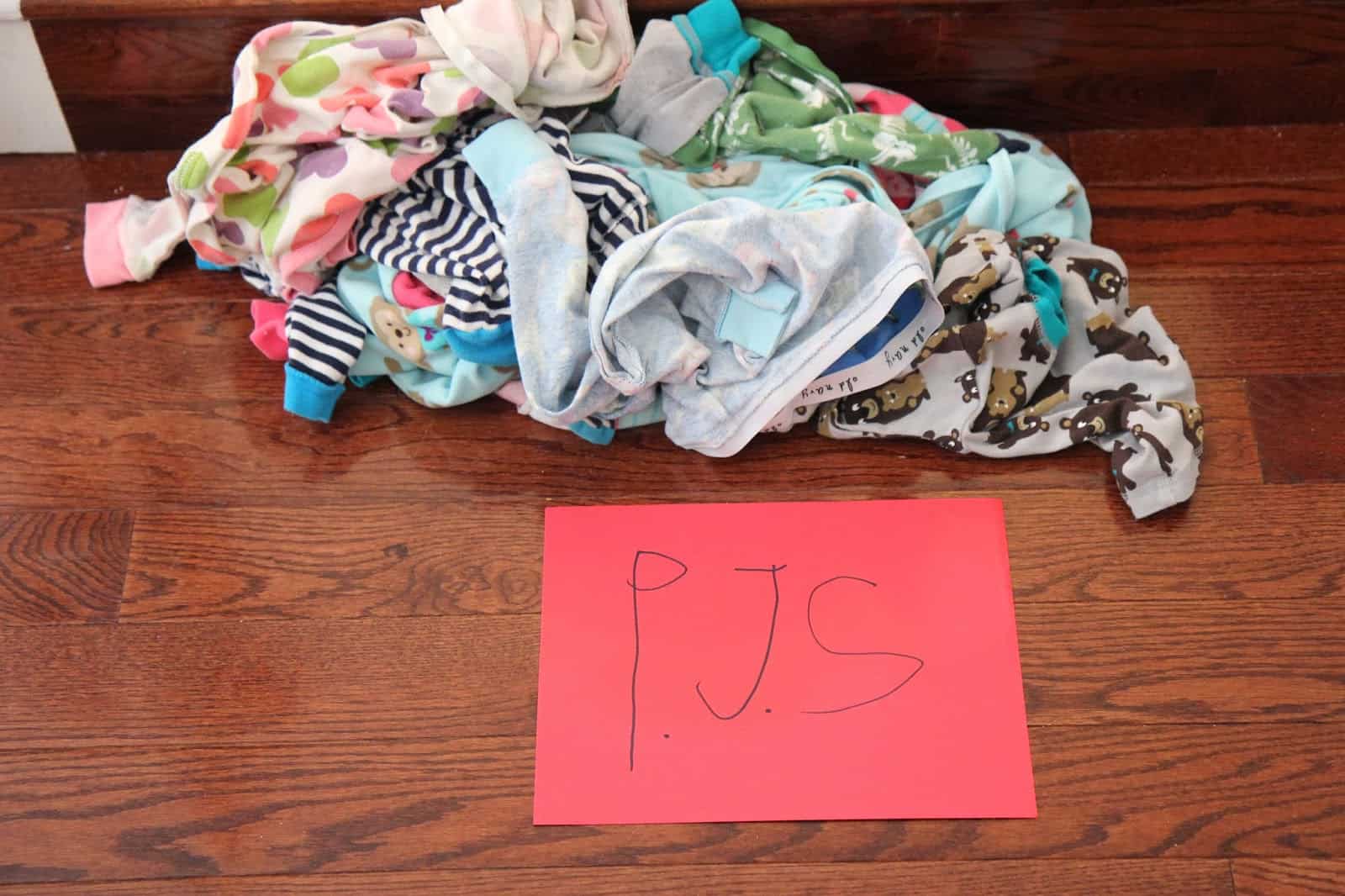 Pretty quickly my son realized that running around wasn't nearly as much fun as throwing clothes... so that is when the alphabet laundry toss game started! 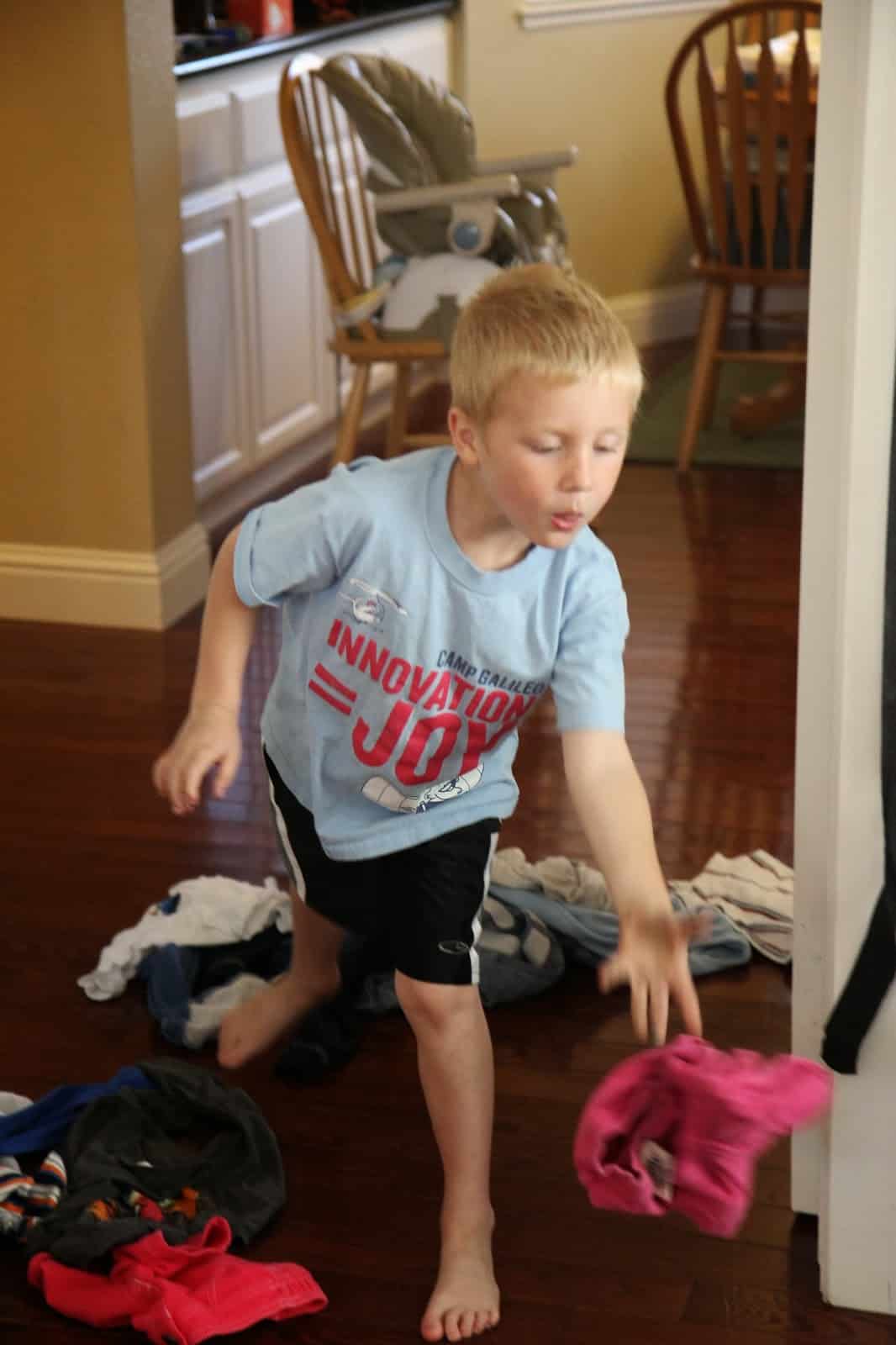 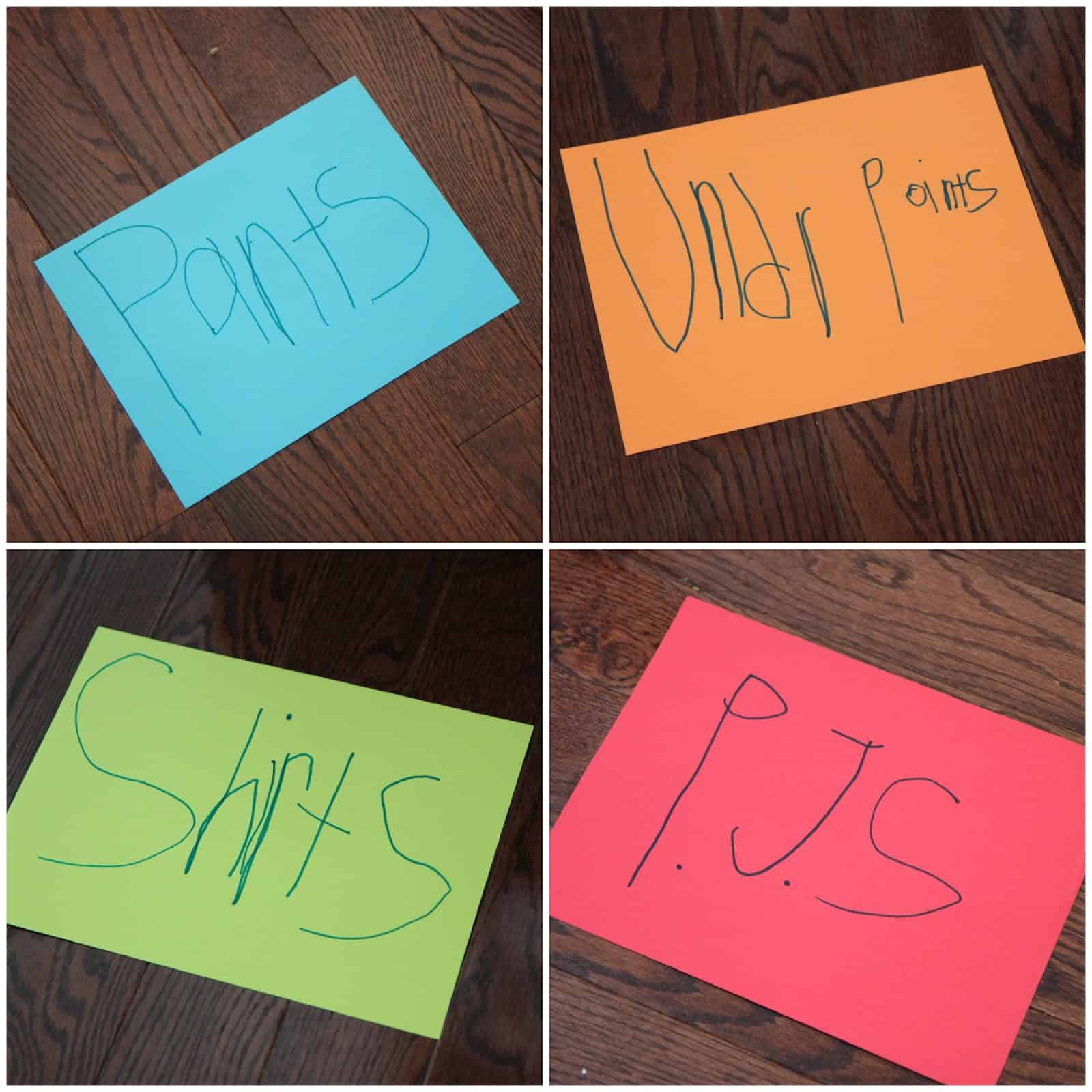 It wasn't exactly the fastest way we could've put away laundry... but it was a great workout and a lot of fun (I ran around a lot with the kiddos and went up and down the stairs probably 15 times).

You know you've found a successful activity when your 5-year-old is yelling excitedly when more laundry is done so that he can put it away! He had a pretty good time trying on some of the clothes too. 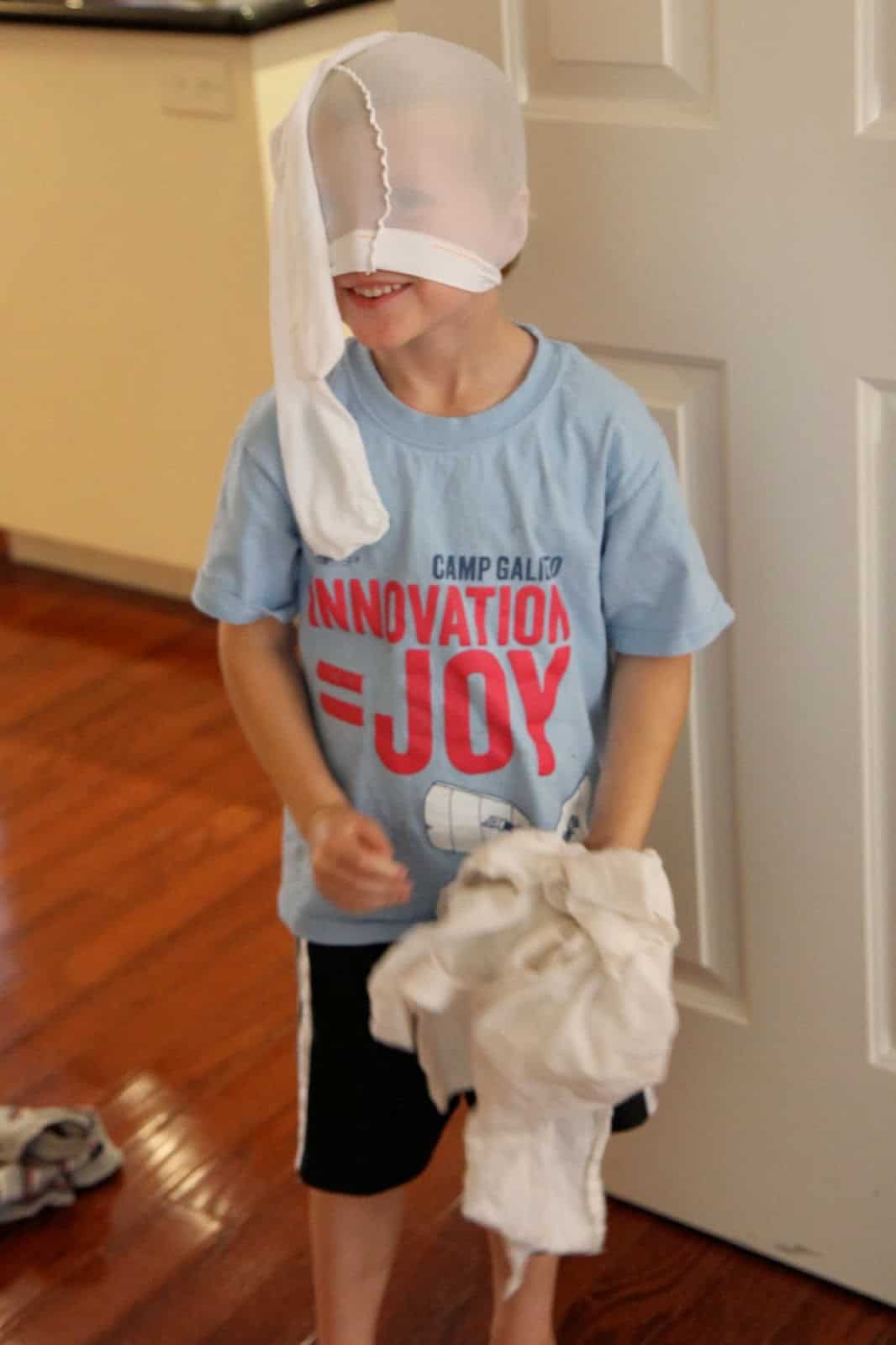 My 3-year-old watched her brother sort for awhile and figured out which alphabet letters went with which type of clothes and then she joined in and helped too! Her participation added a whole new level of competition to the game... which got us all working faster. 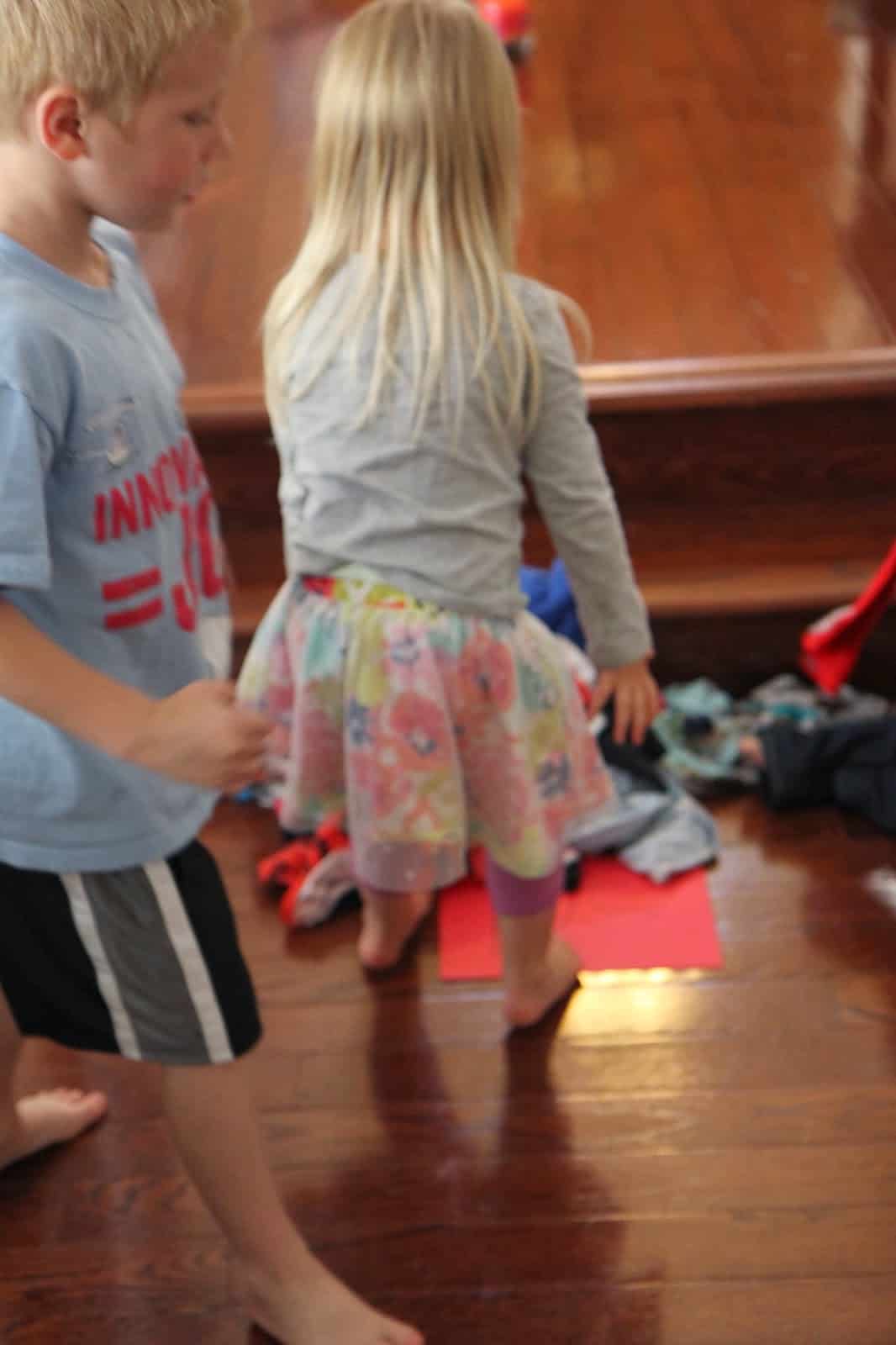 I loved that we practiced some writing and alphabet letter recognition while also working on gross motor skills like throwing and hand-eye-coordination with aiming clothes at a target. My son also built some strong muscles carrying his laundry basket up and down our stairs. 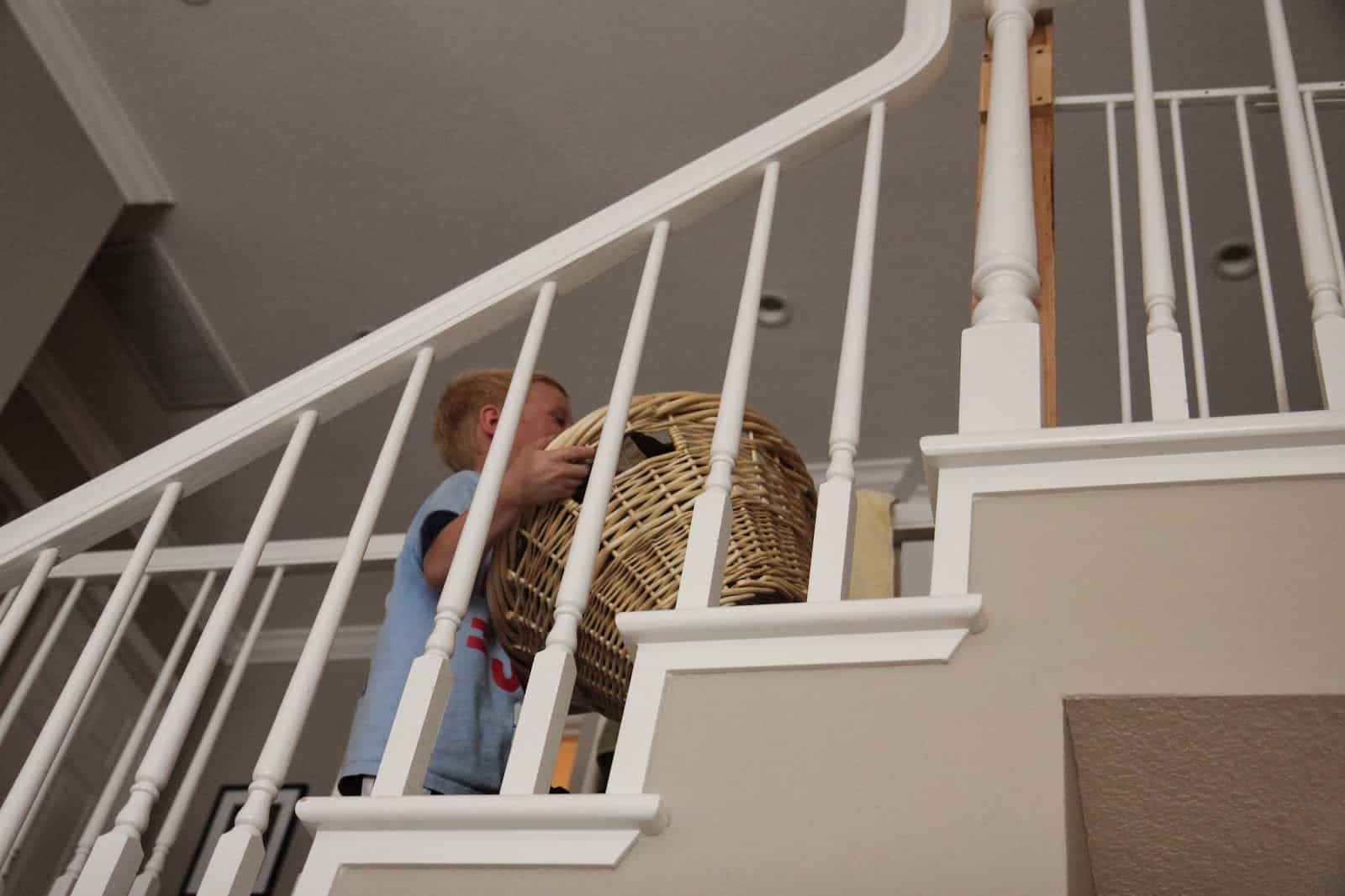 Since I hate having to do laundry after the kids are in bed, this activity might become a new favorite. It was so nice to play together and chat while also being productive. Often I put the laundry away by myself while the kids play independently but I thought this alphabet laundry toss game was way more fun.

Do you have any games you play while you do laundry or put it away with kids?

How do you keep laundry in control at your house? I'd love some tips since I am NOT an organized person and am seriously drowning at my house.

Below I'm sharing a few other ways that we creatively do laundry and other chores at our house. Check them out if you want some more ideas...

Four in a row: A family cleaning game

DIY Chore Board Game from Family Your Way

Our Alphabet Laundry Toss game is part of the Move and Learn Series that I am participating in along with Hands On: As We Grow, The Pleasantest Thing, and Coffee Cups and Crayons.