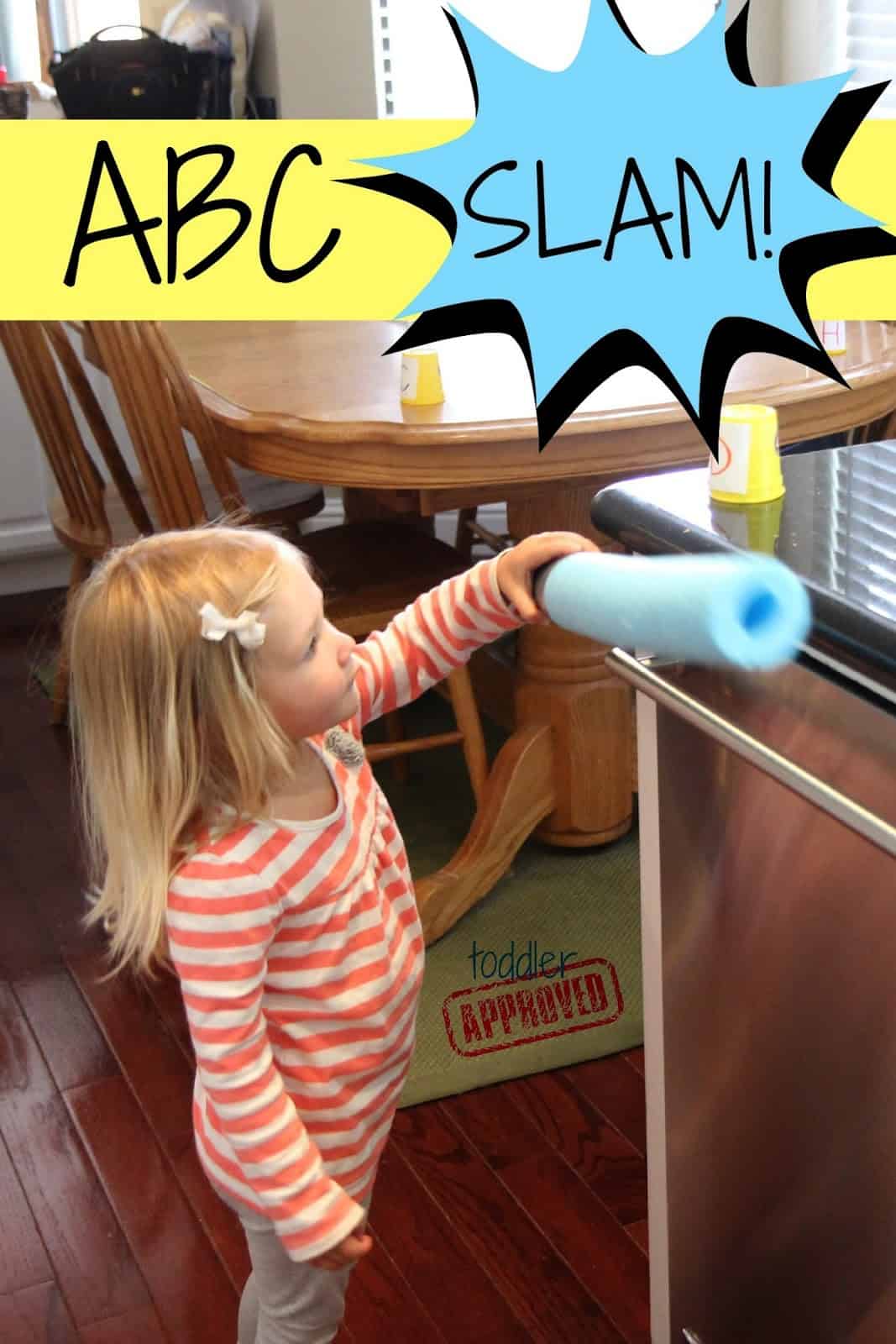 My 2 year old is suddenly more interested in alphabet letters and sounds, so we've started exploring them a bit more frequently.

One of the best ways I get my kids interested in learning about the alphabet is to engage them in open-ended activities where they can explore the letters in an exciting and active way! No drilling or quizzing allowed... just fun!

This week we used some empty playdough containers and some pool noodles and we created a toddler alphabet game called ABC slam! 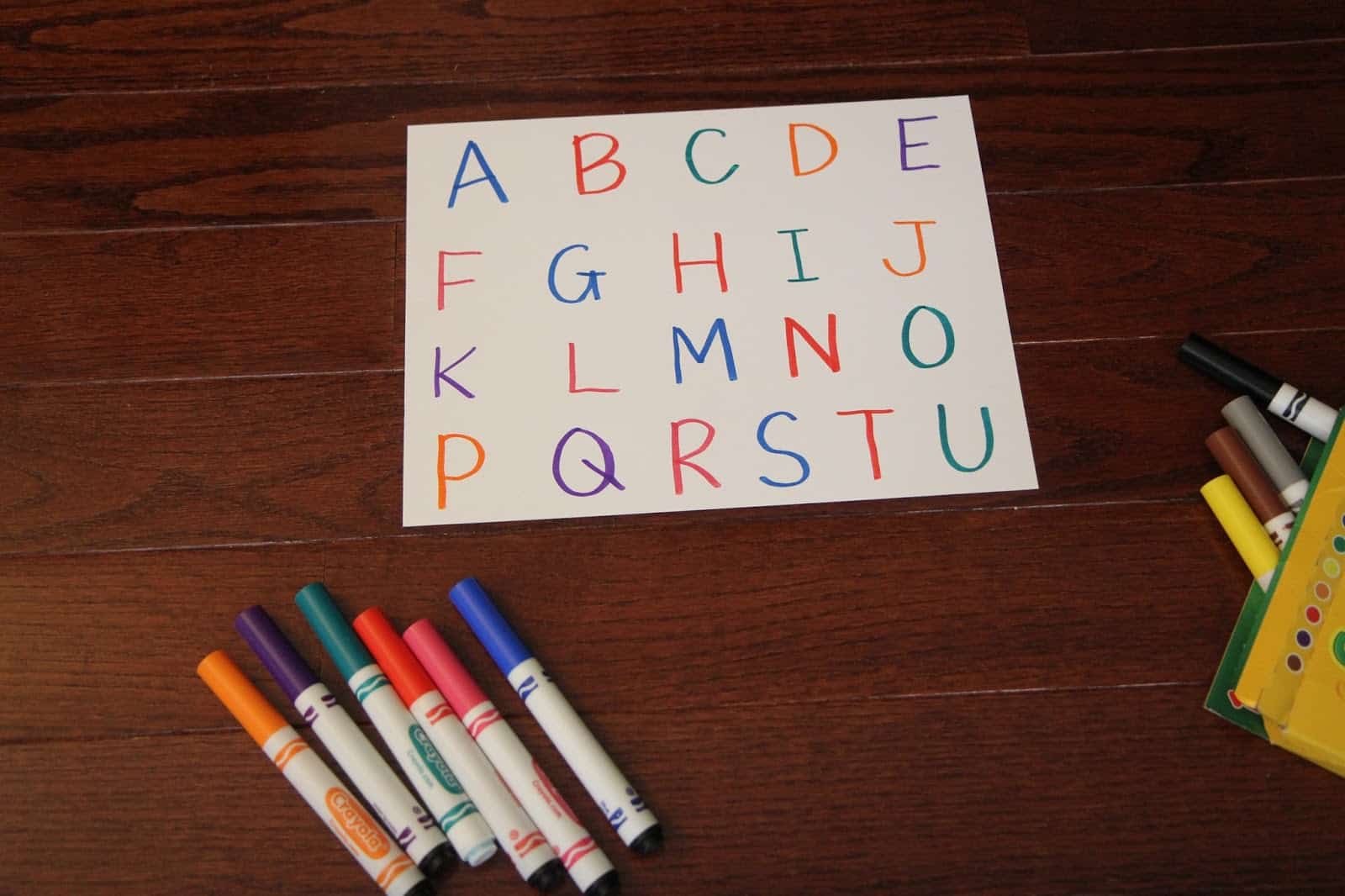 I started off by writing the alphabet letters on a piece of white cardstock and then cutting them up into little rectangles,

Next I taped a paper letter onto each playdough container. 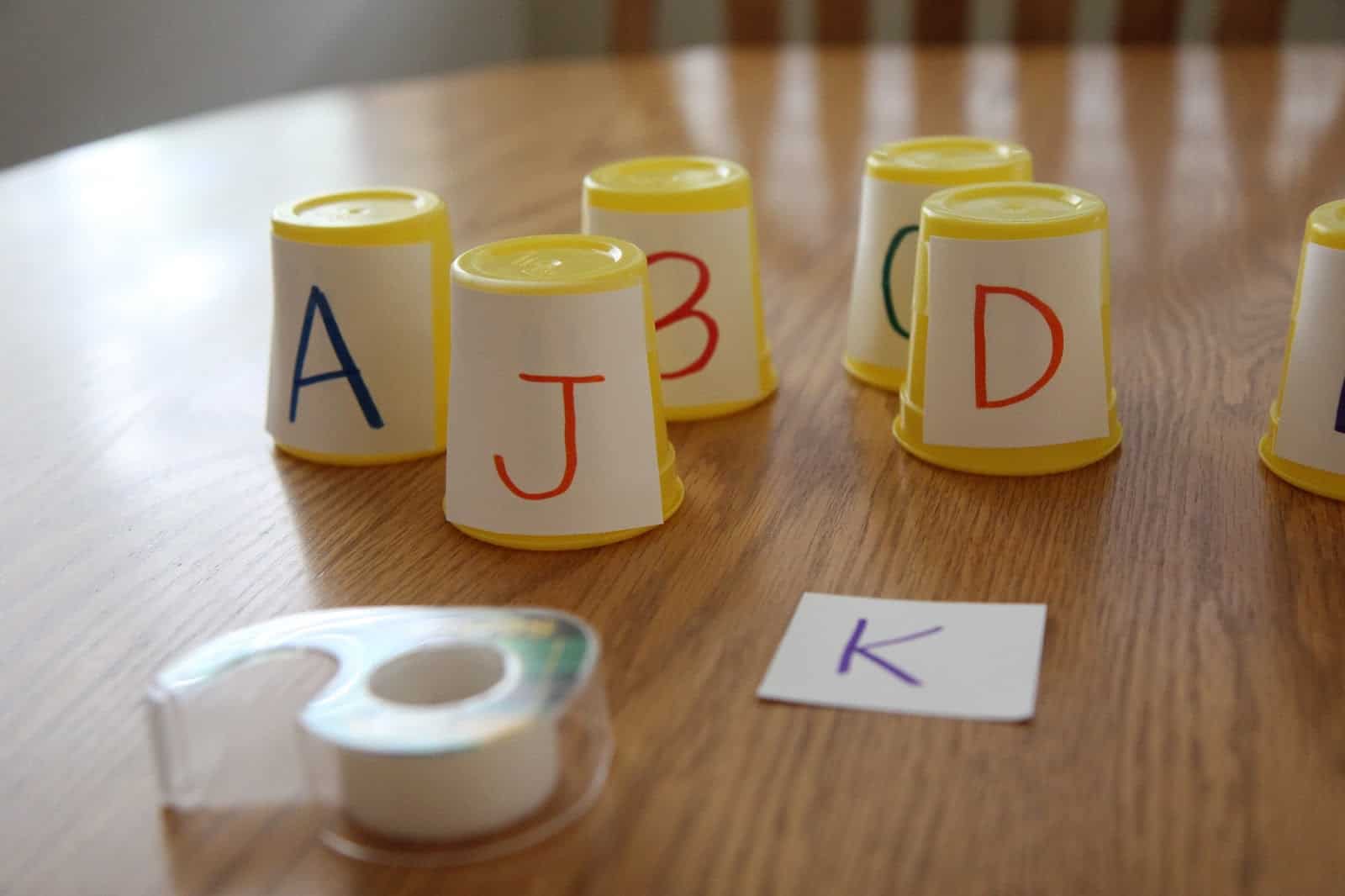 Then we spread the lettered playdough containers all over the kitchen and family room.

Once they were spread out I showed my daughter how to hit them with the pool noodle to make them SLAM off the table or countertop and onto the floor! 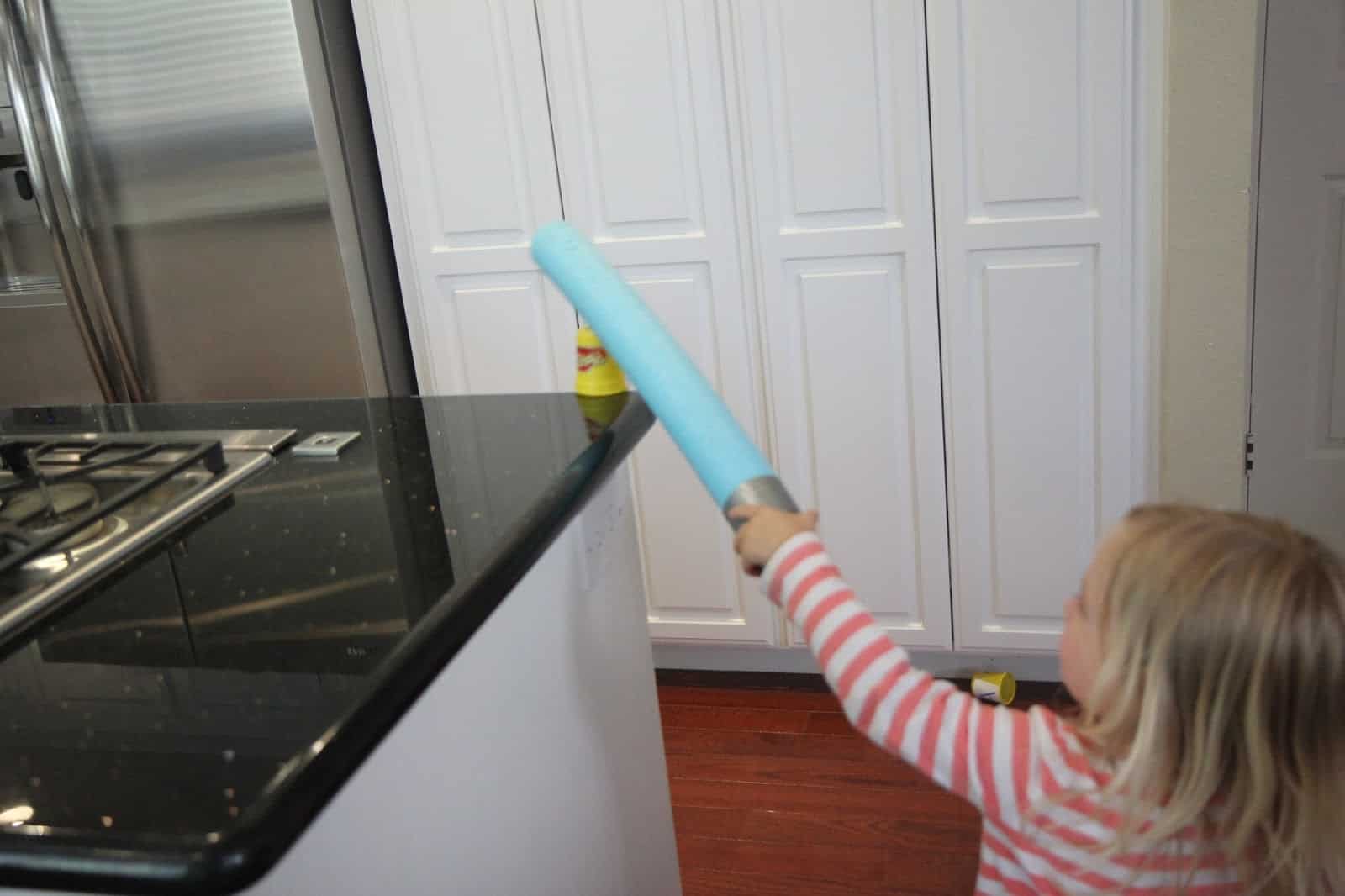 She did a lot of giggling while we sent the empty playdough containers flying! I also narrated her actions while she hit the containers. "Wow! You just sent letter J flying across the room. Jump starts with J." "Letter C is right there. Your name starts with a C! Can you make letter C go flying?" 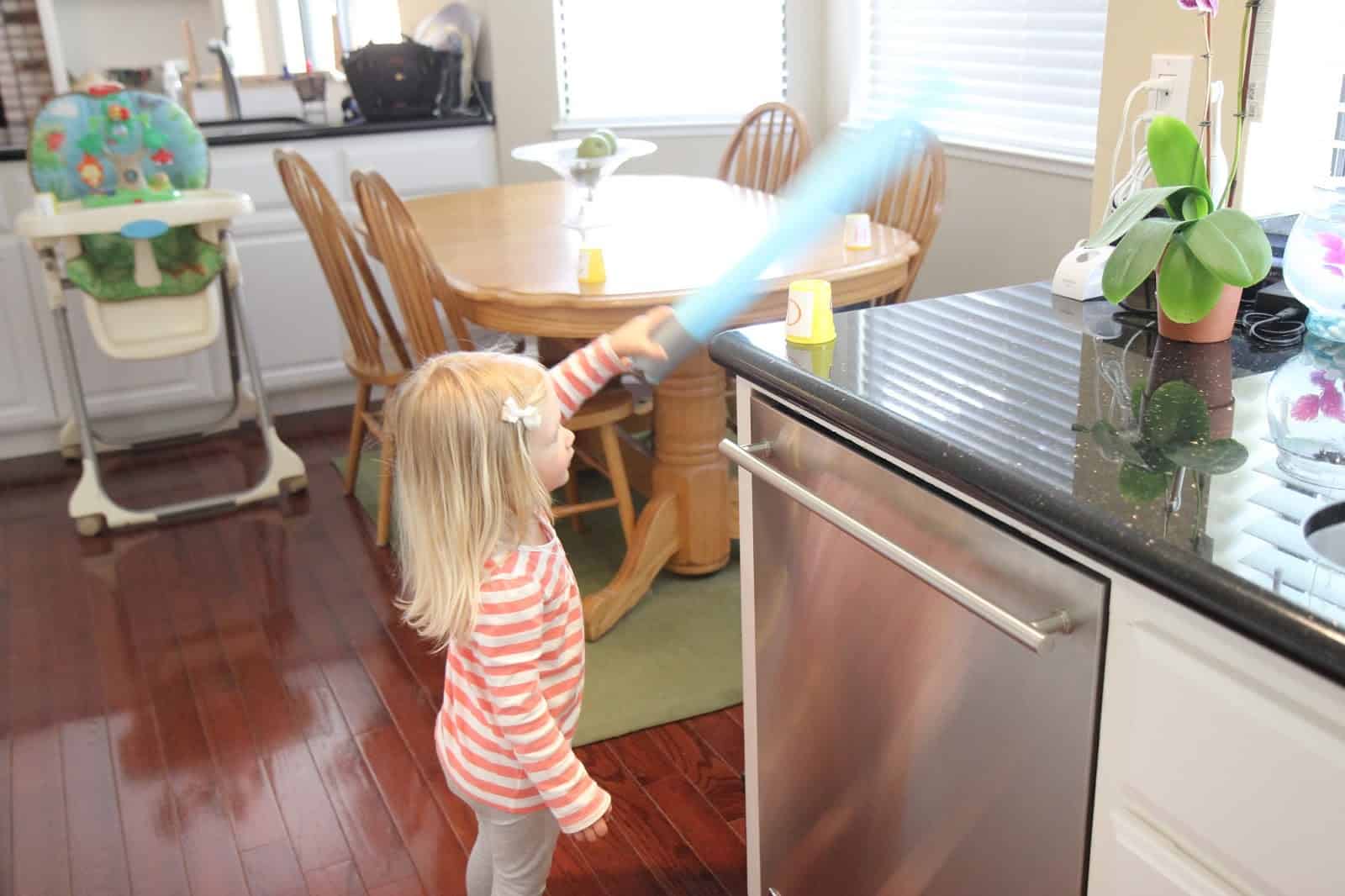 After a few rounds my daughter was the one narrating for me and asking me loads and loads of questions. I thought she would get bored but she kept saying, "Mommy, what letter is this?" (for every letter) or "Look, I hit the C in Catie!" or "Is this J for jump?"

We took turns picking up the playdough containers and spreading them around on the countertops and couches so that we could hit them again... and set them back up.

My daughter was pretty proud of herself and all the ABC slamming that she did! 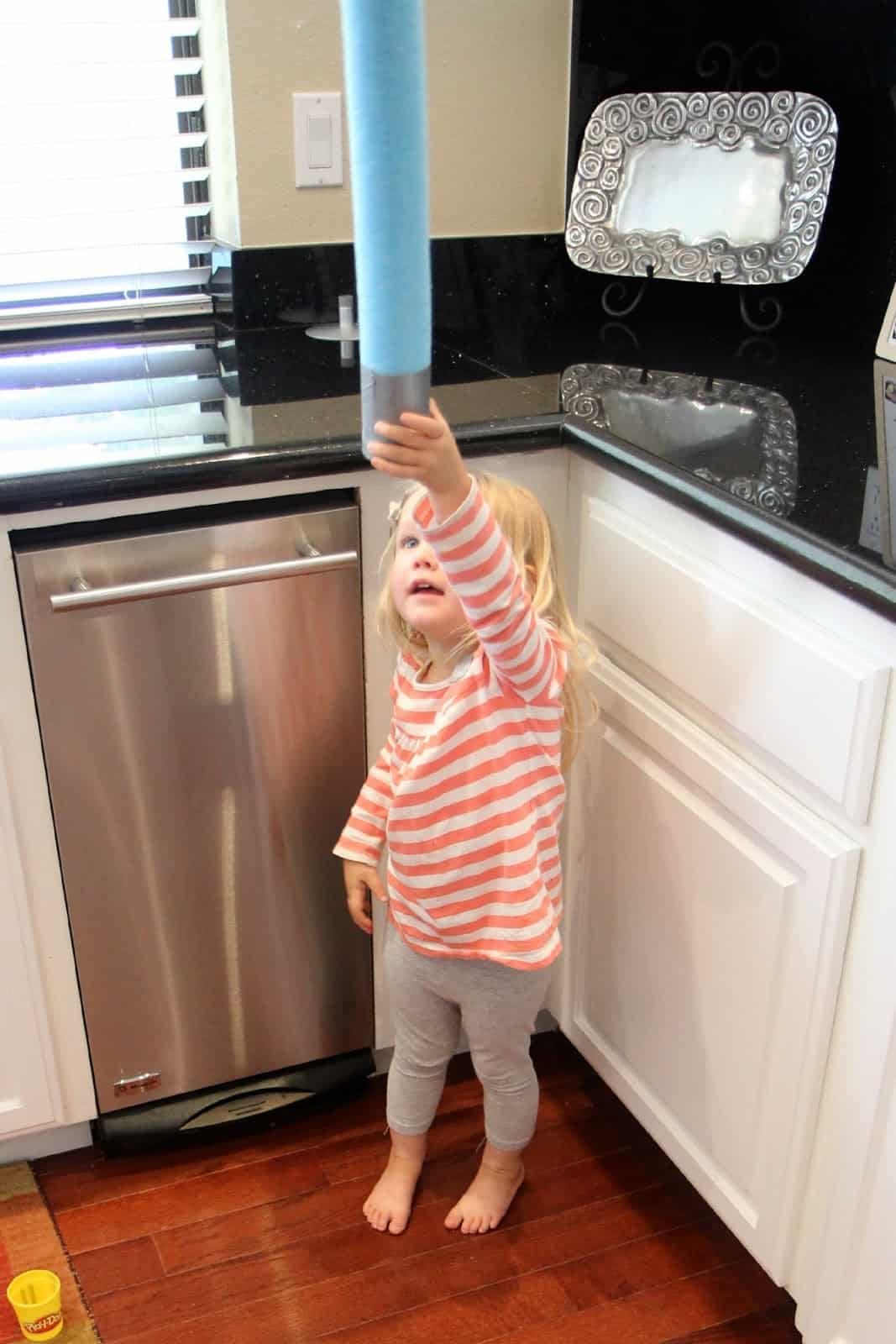 No only did I expose my daughter to a few letter names and sounds, but during this activity we also worked on hand-eye coordination as we slammed the containers!

Do you have any favorite active or silly ways that you learn the alphabet letters with your kids?

We love Alphabet Sticky Walls, Alphabet Bug Spray, and Driving through the Alphabet.

In addition to active games, we LOVE watching the LeapFrog: Letter Factory

video. It is amazing how quickly kids can learn new skills when concepts are put to music.