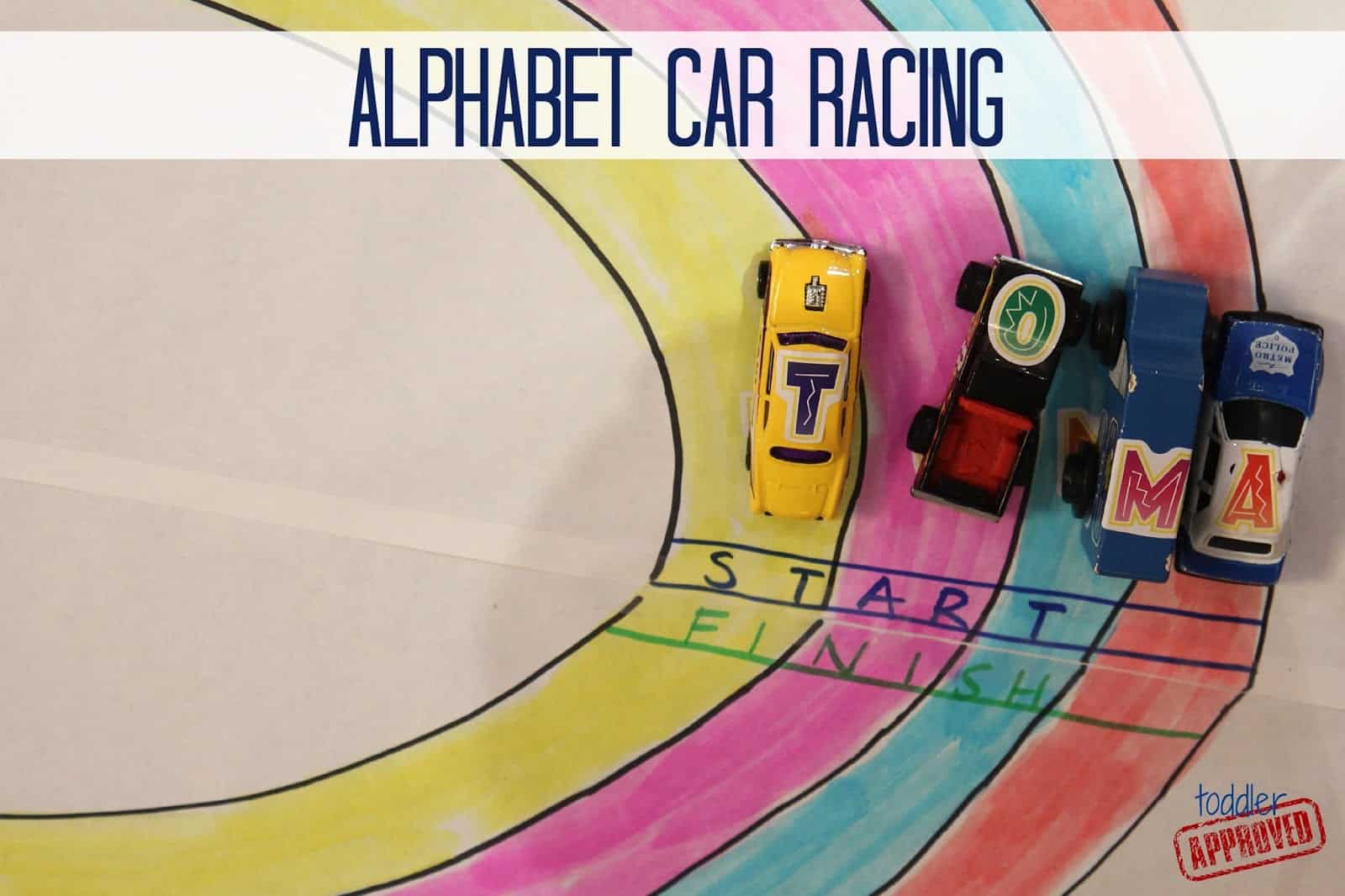 Race cars are constantly zooming past my feet at our house. I get so frustrated when I accidentally step on them! Ouch!

This week I decided to embrace the chaos and use the cars (and trucks... and trains) to do some alphabet exploration activities with my daughter!

Alphabet car racing is such a fun way practice matching and identifying letters. It is also a simple way to just talk about letter names and sounds while also having a good time... and moving our bodies!

First I tape the easel paper rolls onto the floor and then I drew a big race track on it! I made four lanes so that we could focus on four letters at a time. That's about all my toddler can handle. 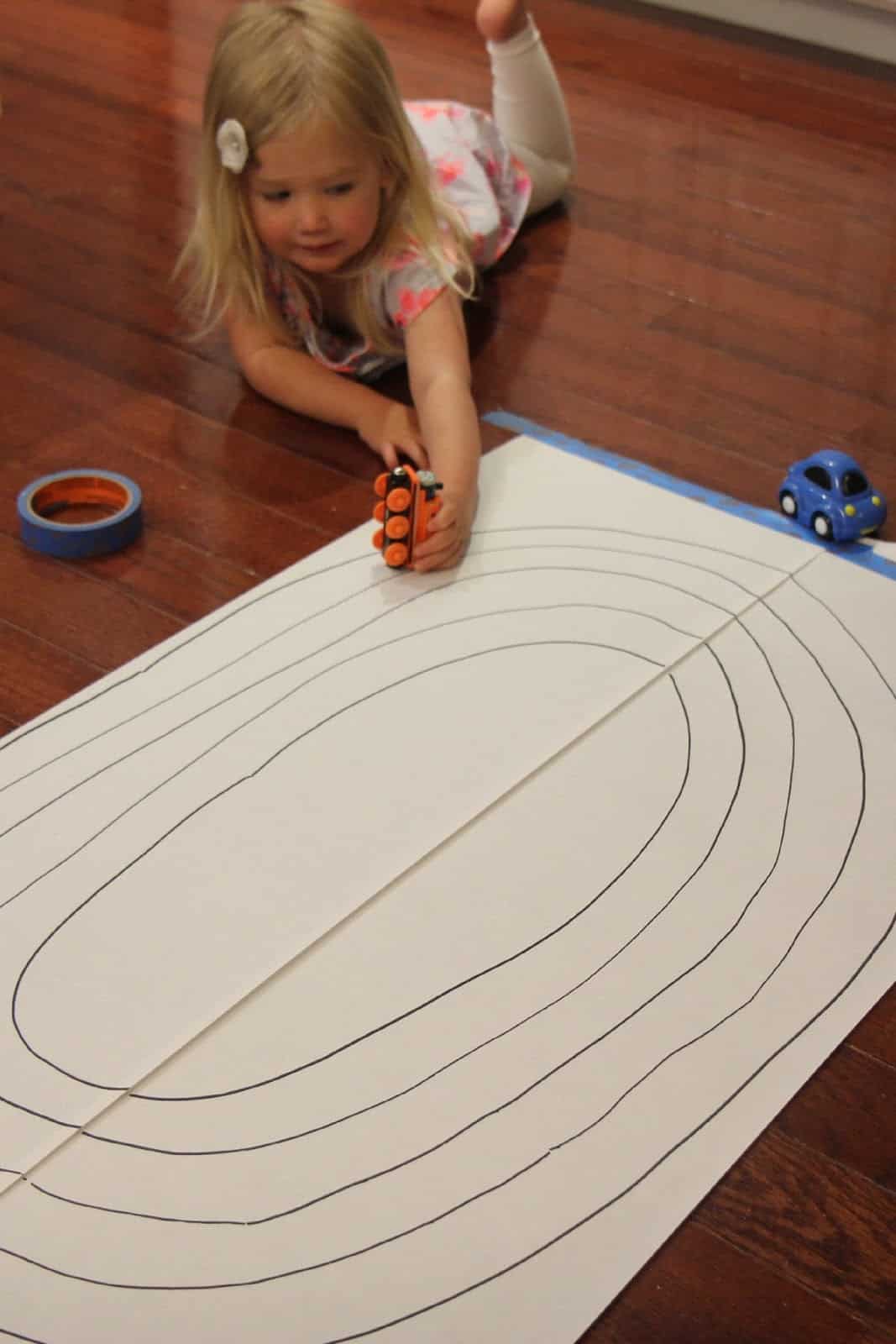 Then we painted the lanes (I mostly did that while my daughter drove her cars around).

And then we added matching alphabet stickers to the lanes and cars. Each car had a letter on it which corresponded to a lane with the same letter on it. 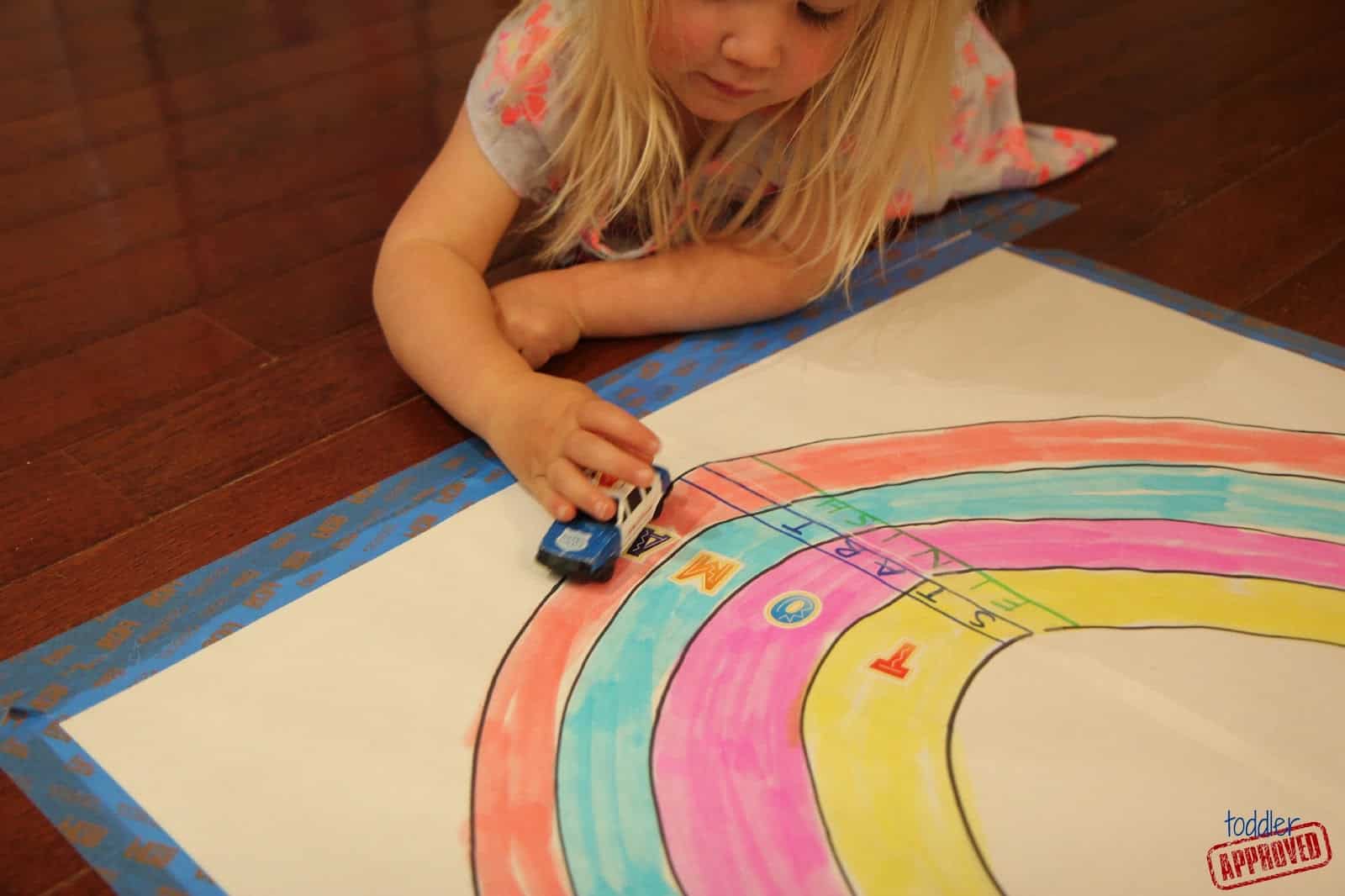 Then my daughter had to match each car to the correct lane and drive the car around the track... trying to stay inside the lines!

This activity was not only great for practicing letter names and matching, it was also a fabulous gross motor exercise because we used our whole bodies as we moved around on the floor driving the cars around the big track. There was also a lot of hand-eye coordination involved as we tried to stay in the lines of the track while the cars went around and around. 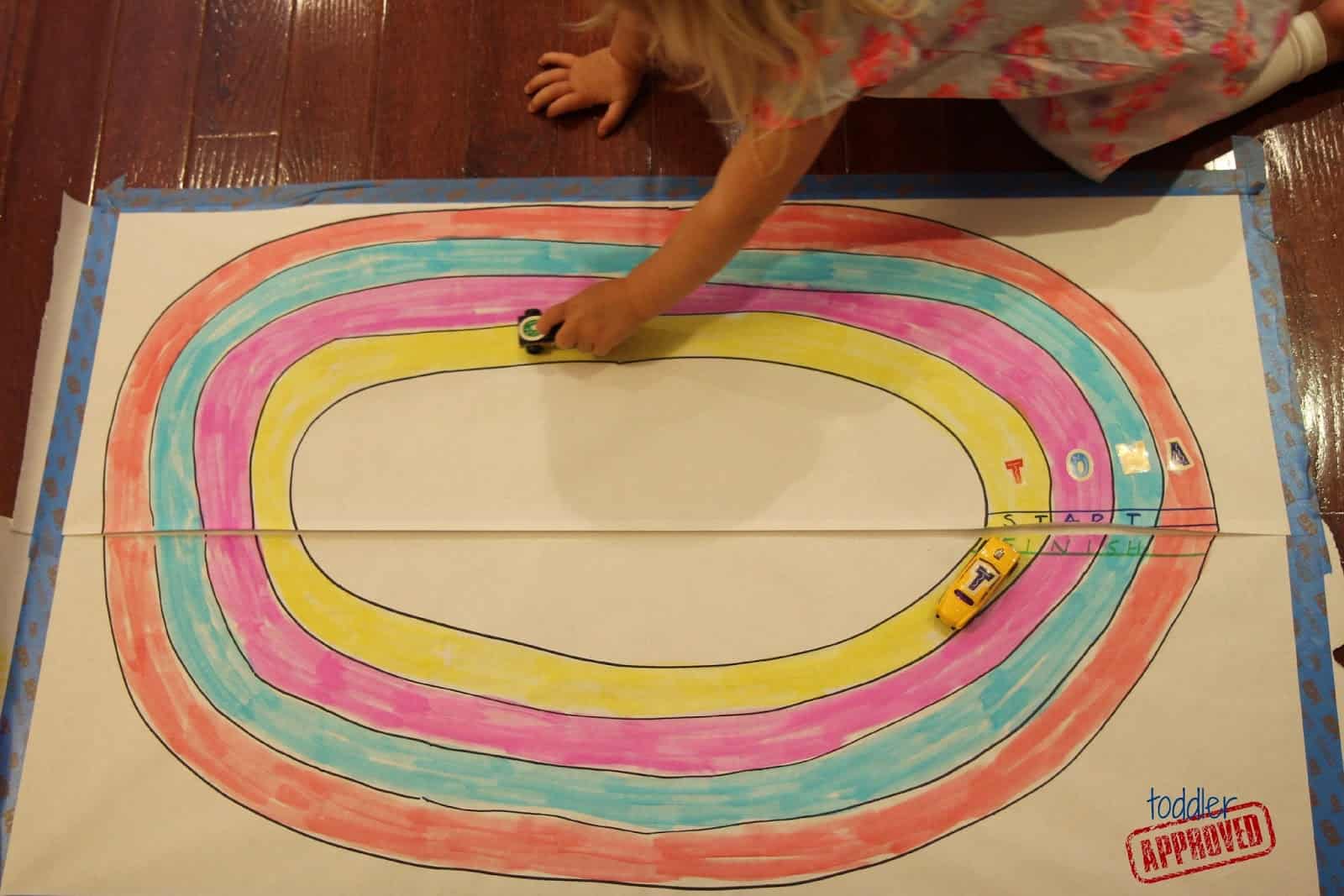 My daughter had fun driving her cars around by herself and then I joined in and drove my own cars and my son drove his own cars too. We just had to watch out to make sure there weren't too many car crashes 😉

Stickers are easy to take on and take off, so you can work on a few letters and then switch them around and try new ones. Easy peasy. You could also just match colors or shapes instead of letters by just using different stickers.

Do you have any car lovers at your house? Do you have any favorite ways that you learn using race cars or trucks or trains? If so, come share your ideas in the comments!!

Here are two of our favorites: