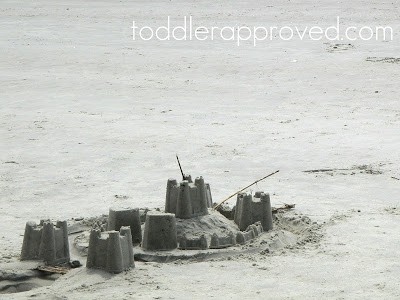 I'm convinced that "the beach" really is the best sandbox.  And although it is also the largest sandbox - whenever we are there, my children seem to want to settle in exactly the same spot (next to, or on top of each other) - which works for the most part, until "little brother" wants to smash/knock down whatever "big sister" has built.

The inspiration of the day was to create a "castle smashing" game for brother so that sister could build without fear of destruction. 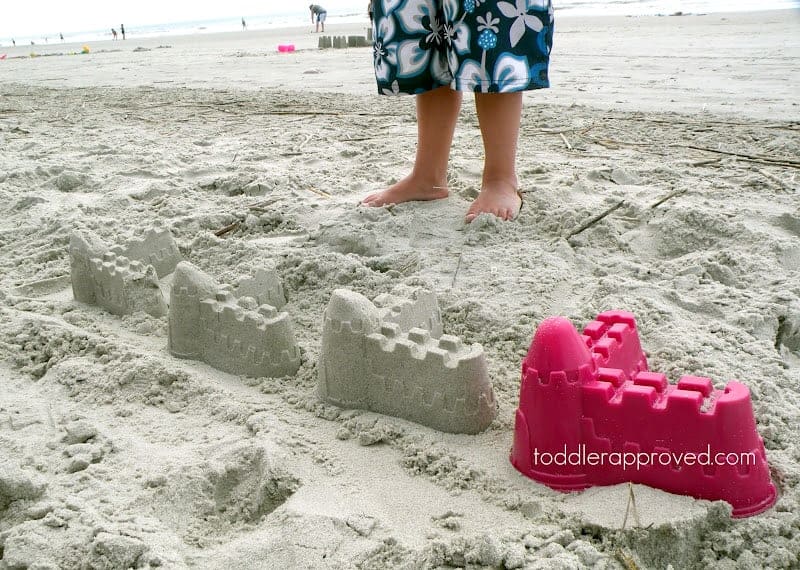 We'd first mold as many castles as he could patiently wait for without destroying (usually ended up being 5). 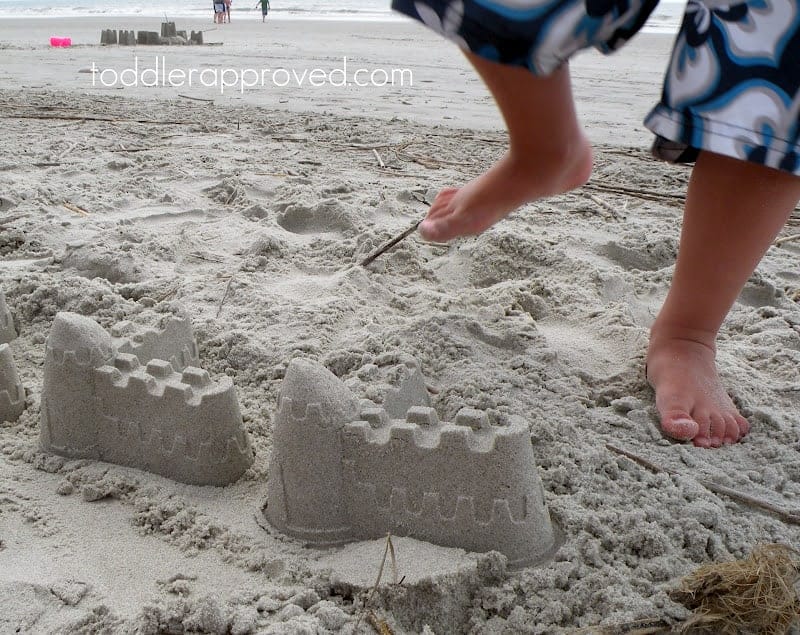 Then I'd yell out a number of castles he could smash . . . 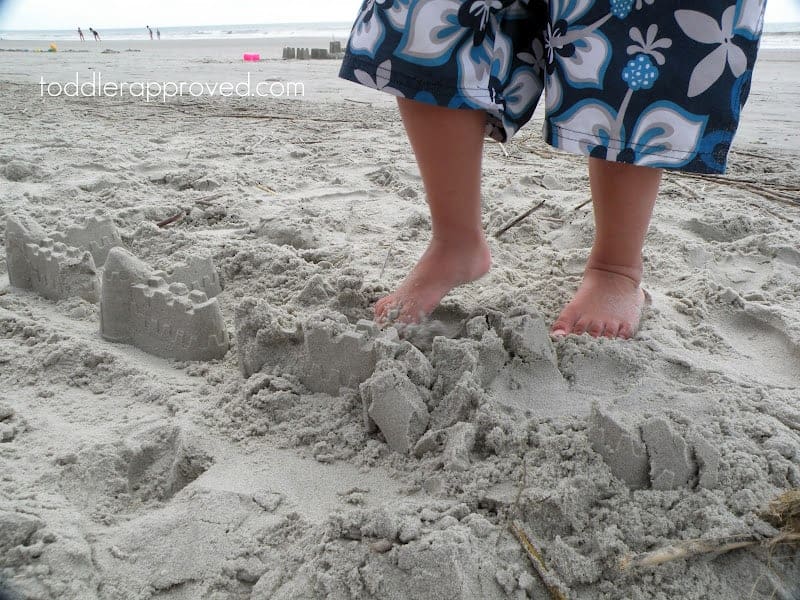 Variations on the game could include drawing letters or numbers in the sand in front of each castle and having them smash the assigned number or letter.

What do your kids spend the most time doing at the beach?