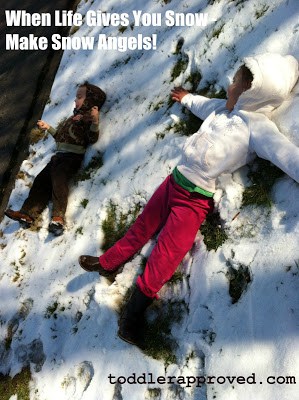 We got snow - first time this winter, and it left as quickly as it came. 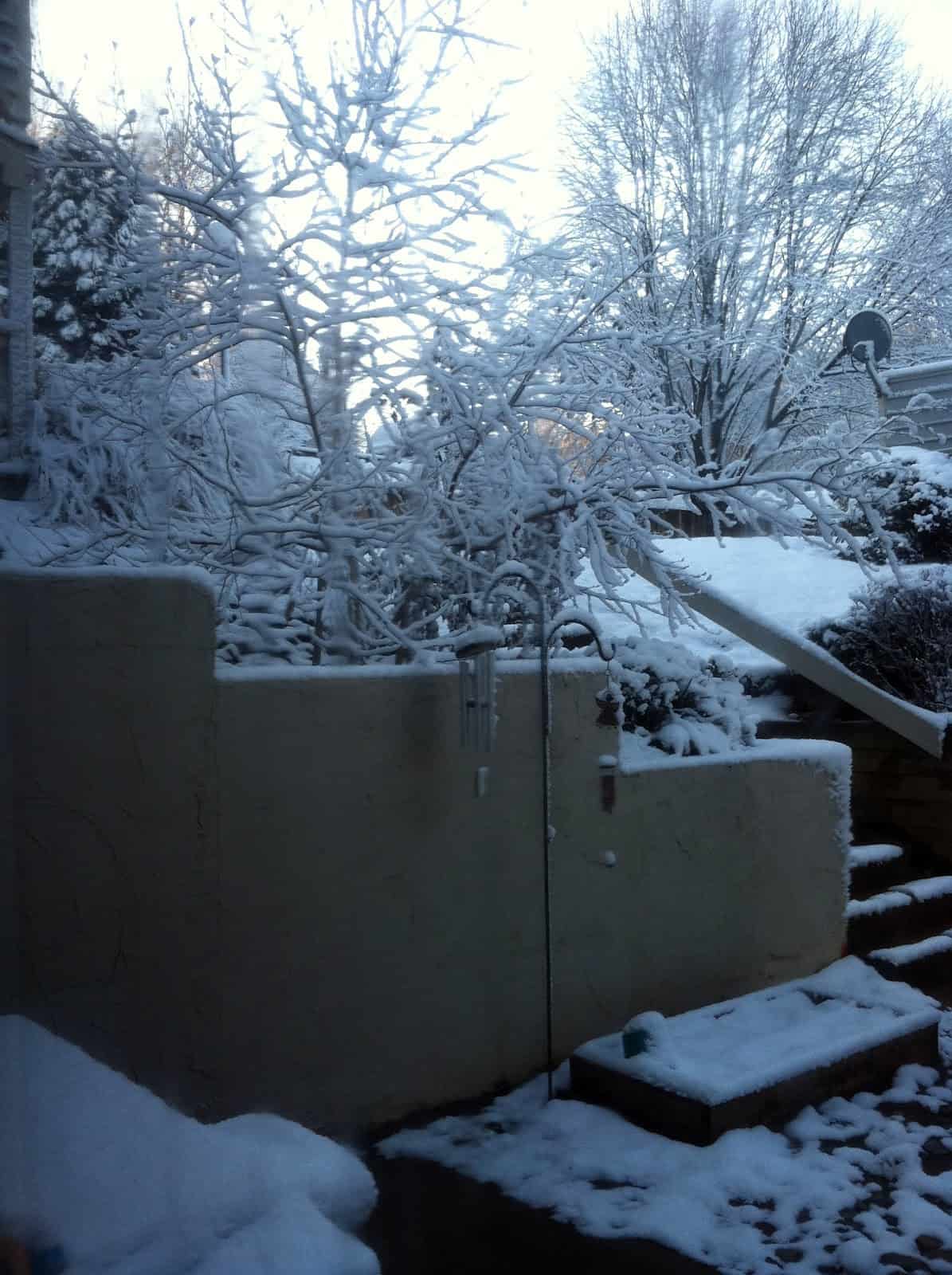 I have to admit I was excited when I saw this out my window because it meant (in my mind) that we'd be forced to stay inside all day sitting by the fireplace drinking hot cocoa and reading books OR that it would allow me the excuse to stay inside and finally accomplish everything on my "list".

Confession: I have to have, always live by "a plan".  It may not be written out on paper or completely organized, but I always have a plan.  So, when something doesn't go as planned, fit into my plan, or changes my plans I throw a huge tantrum (not really, but sometimes I'd like to).

As was the case yesterday - my plan was to stay inside because it was much too cold.  Yet, we had abnormally warm temperatures (warm enough to not need a coat and melt almost all of the snow by late afternoon) and I had two excited children begging to play with the snow.  So much for my plans . . . 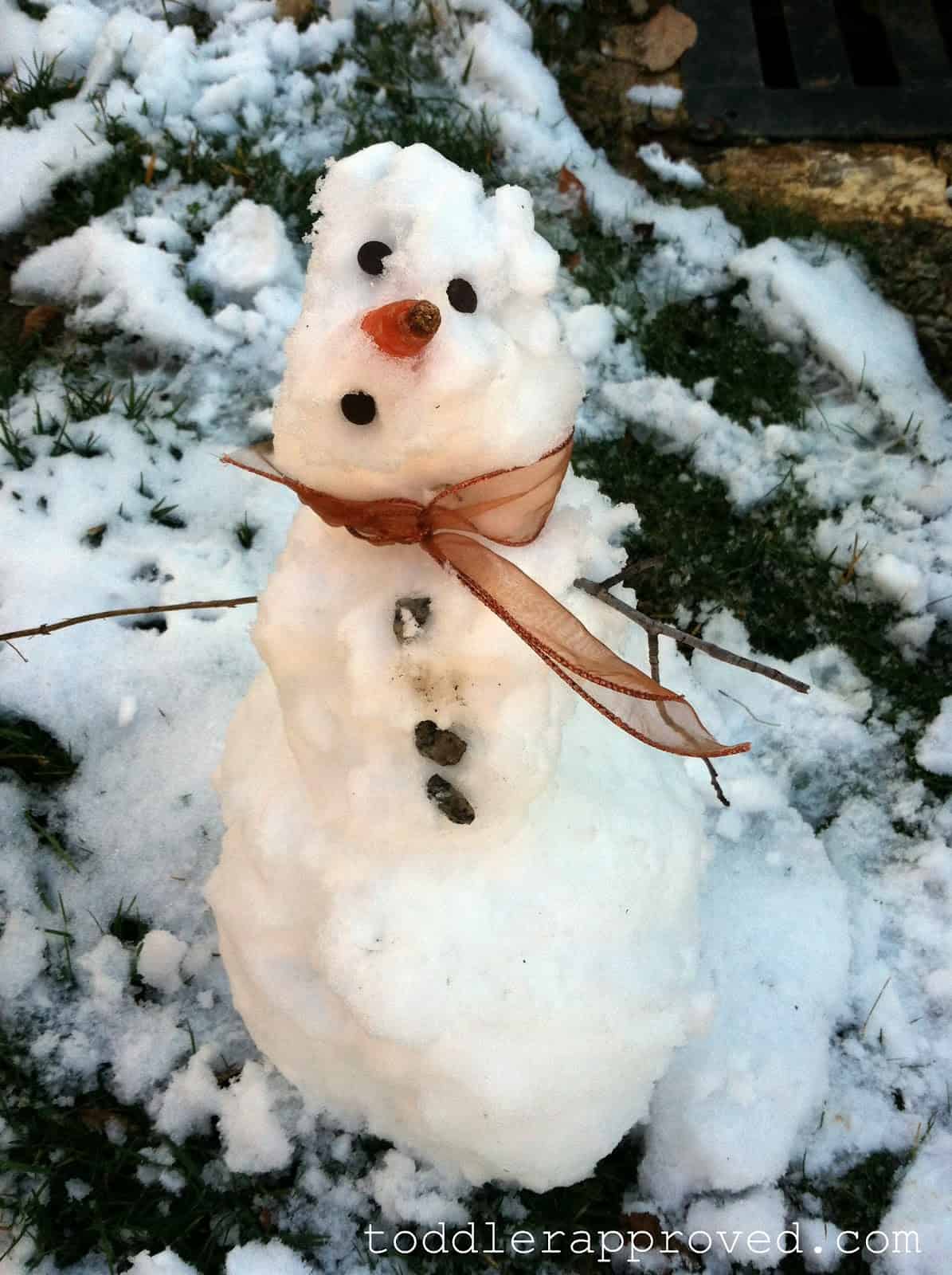 . . . actually, it was so much BETTER than my plans.  We spent a good 2 1/2 hours outside building snowmen, making snow angels, and jumping in the big puddles formed by the melting snow.

Had we stayed inside as I had planned, I'm not too sure there would have been anything about this day that my children would have remembered.  I know I can't make it snow everyday and that on most days we really may not have the time to spend as long as we want outside - but I'm so thankful that on this day I let go of my plans and took the time to see the "snow angels" in the snow.