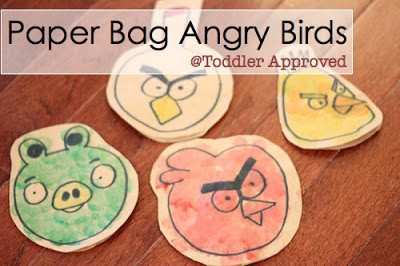 If you saw my sneak peak of this post earlier... did you guess correctly?

Does anyone else have a child who loves Angry Birds at their house... or am I the only one?

This afternoon I was in a bit of a power struggle with my son because he really wanted to play the iPad and I really wanted him to come play with me and use his imagination. We had been crafting with paper bags for Tinkerlab's awesome paper bag challenge and I still had supplies out, so I said, "Hey, what do Angry birds look like? Could we make some from paper bags?"

He was hooked immediately. I drew, he painted, we stapled and stuffed, and then we played our game. 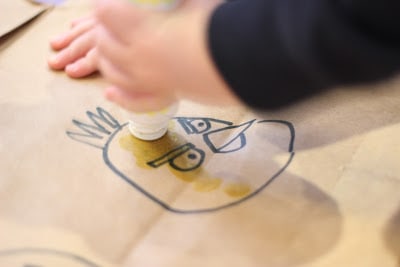 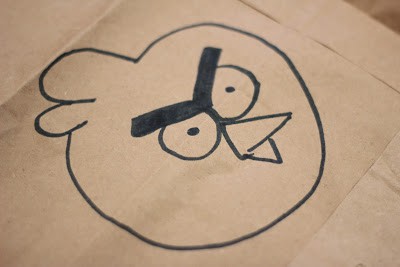 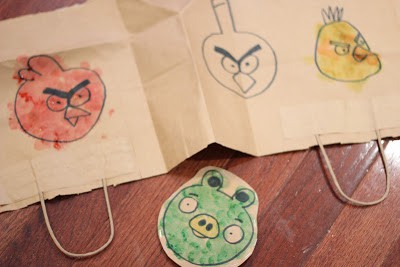 We cut each guy out of a paper bag and then cut a backing that was the same size. We stuck them both together and stapled almost all the way around, leaving a small hole for stuffing. We stuffed toilet paper inside each character and then stapled them shut. 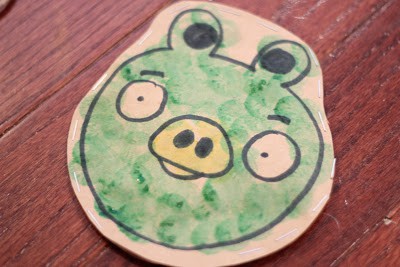 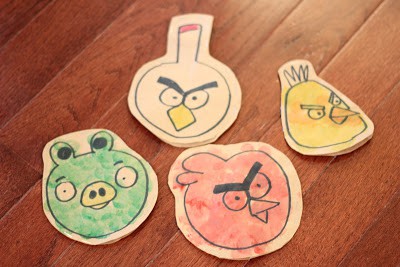 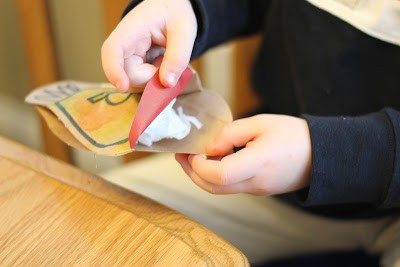 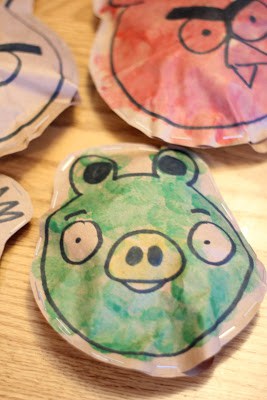 Then my son grabbed our large Melissa and Doug blocks and built tall towers for the pigs. Next time we need to make more pigs. 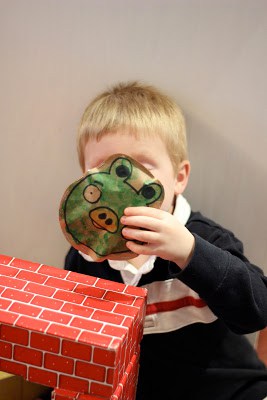 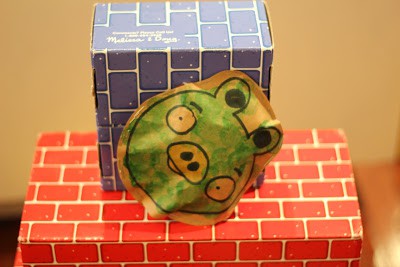 For our first version of the game my son was the human slingshot and he made the birds catapult through the air to knock down the pigs. As we kept playing he came up with more and more versions of how we could play and I was so pleased to have gotten him off the iPad and creating! 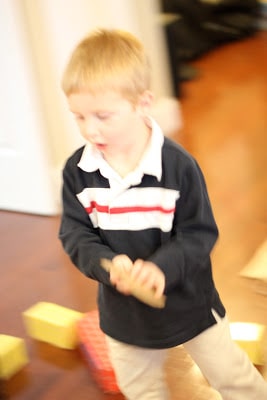 He had to make sure to give me his best "angry" face while we were playing as well. 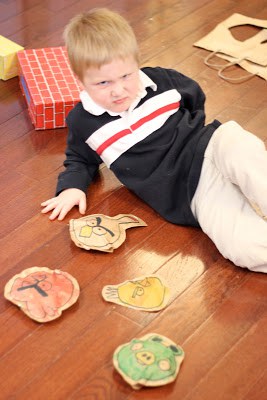 I am so excited to be linking this post up to TinkerLab's Creative Challenge with paper bags.

If you missed my Kindness challenge post earlier today, make sure you check it out and link up any posts you have done recently with paper bags. TinkerLab has a super cool pinterest contest going on for the entry with the most pins... so don't forget to link up!

The Centsible Family made these Angry Birds bean bags

Do you have any other favorite Angry Birds activities you've done?