The other day a birthday package arrived for my daughter. I had two little boys over (plus my daughter and son) and I saw the packing peanuts and my first instinct was to hide them... 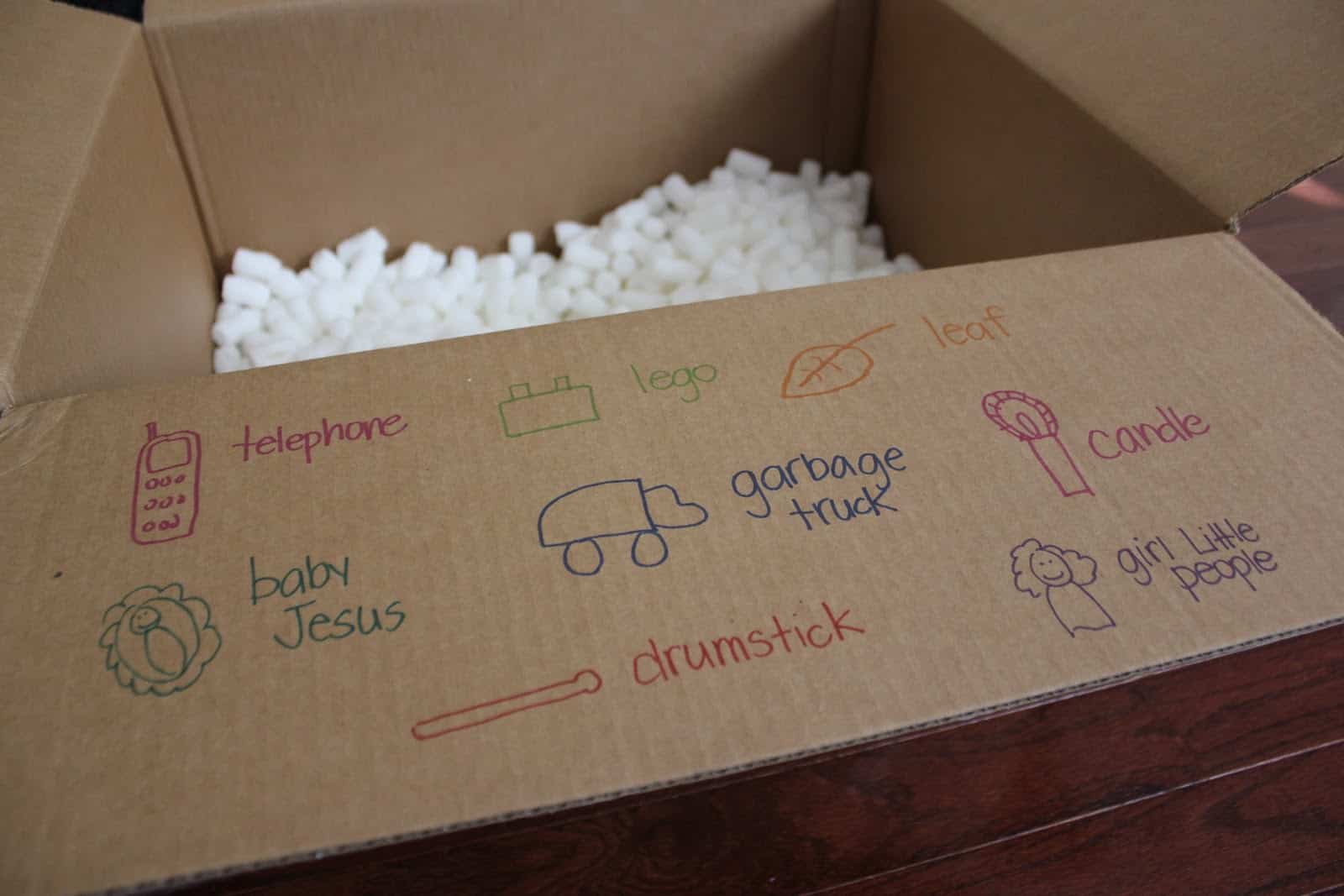 My house was already a disaster from my daughter's birthday party though... so I decided to let the kids goof around with the box. They kept dropping toys into the white "snow"... so I got a brillant game idea- I-SPY!

Materials Needed: box with packing peanuts or a sensory tub filled with something similar to the peanuts, several toys, some blank stickers, and markers.

1. Kids gathered 3-4 items each and brought them to me. 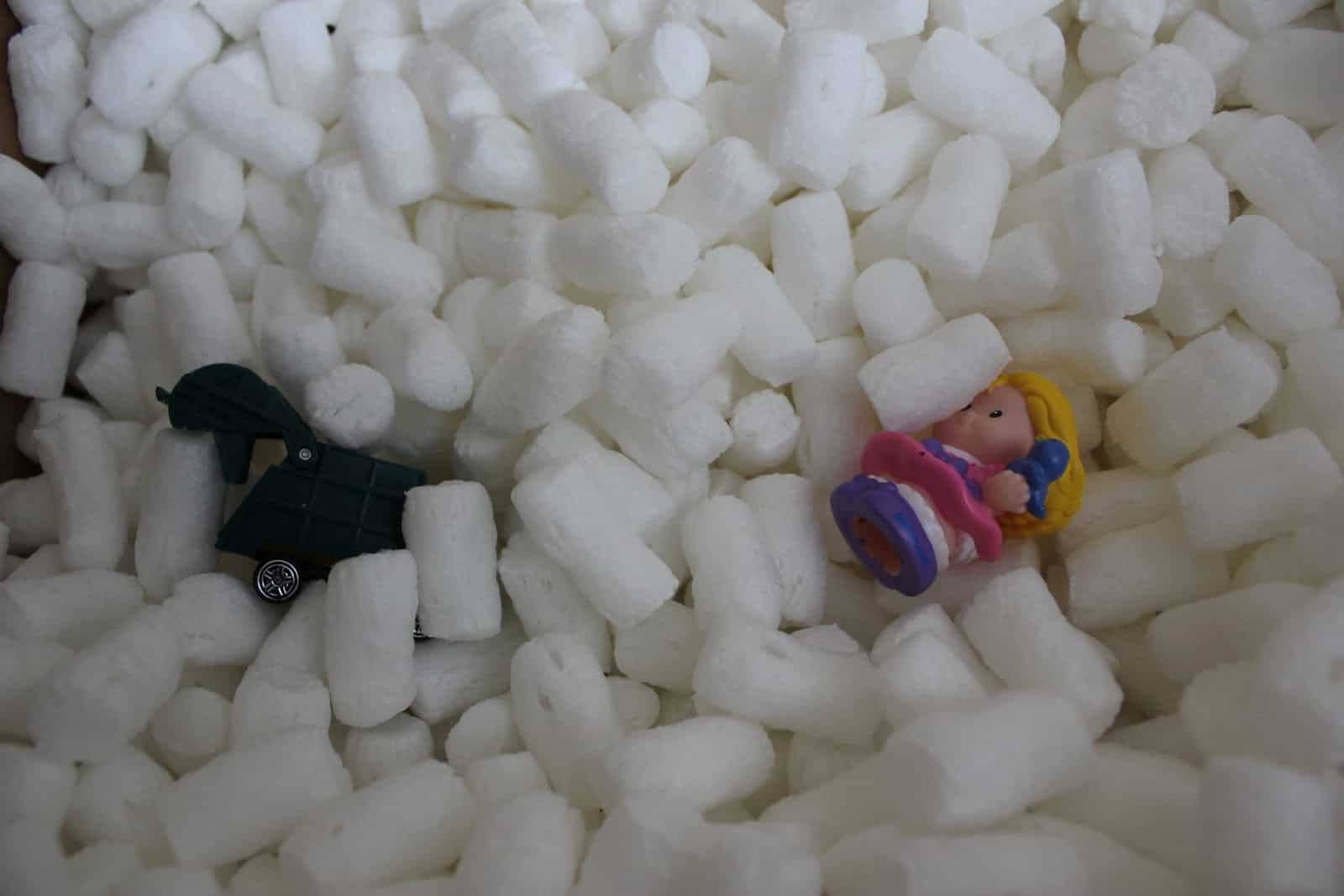 2. I wrote each item's name on the box flap and drew a brief picture... then the kids dropped their items into the box.

3. I made a sheet of stickers for each child with the first initial in their name. 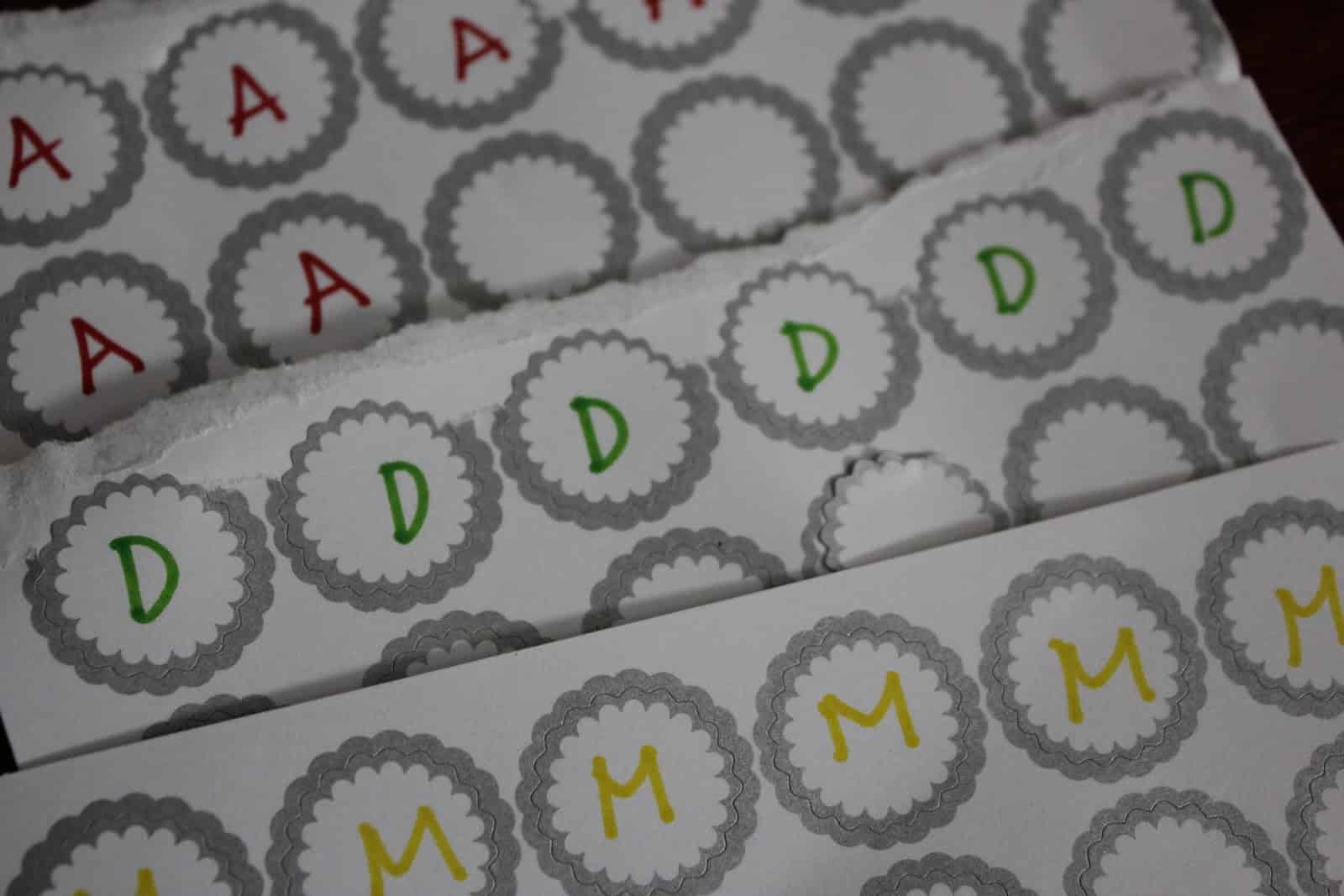 4. They started hunting for the objects in the box! 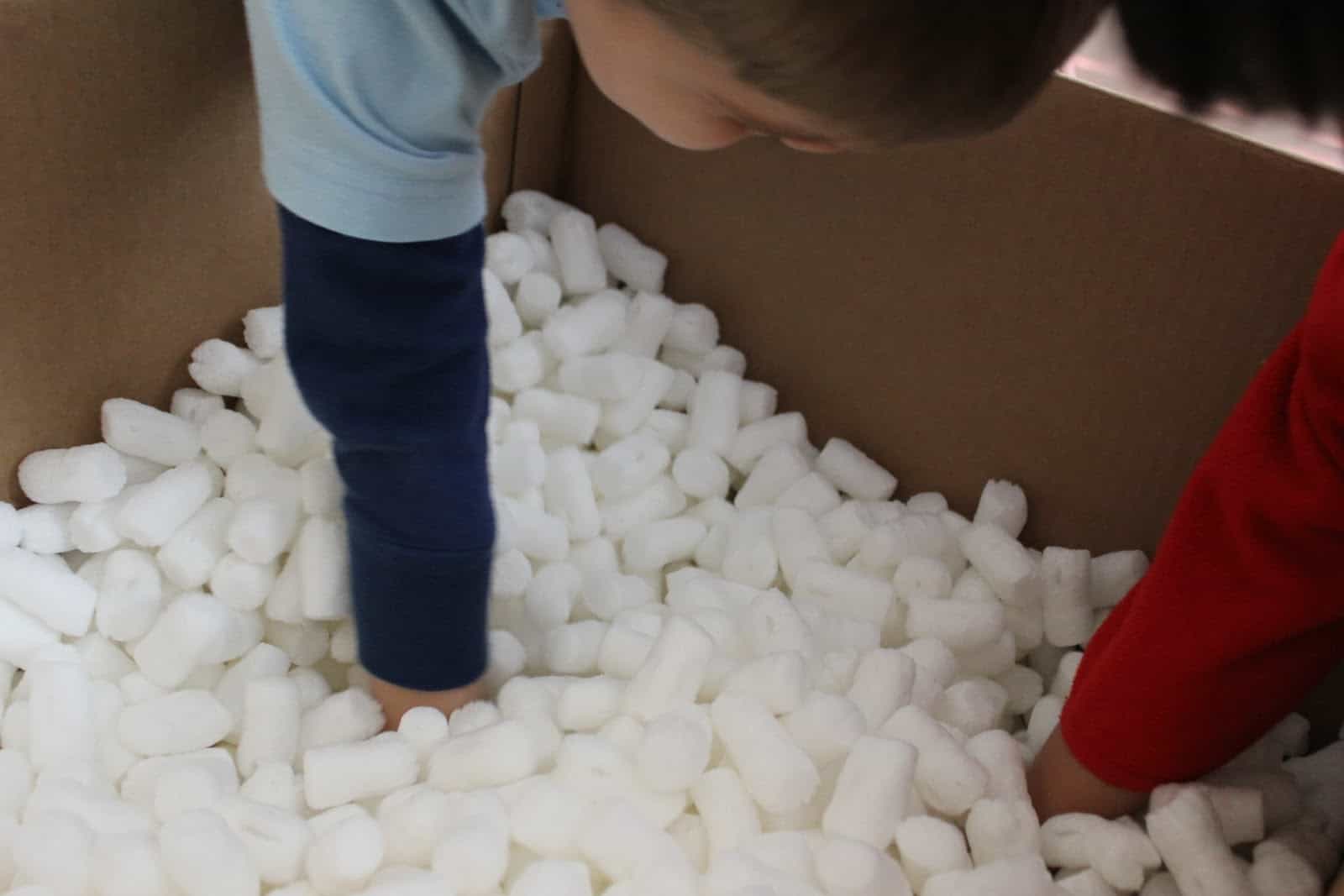 5. Once they found an object, they took their sticker and placed it next to the name/picture. Then they threw the object back into the "snow" and tried to find the next object. The goal was for each child to end up with a sticker next to each picture. 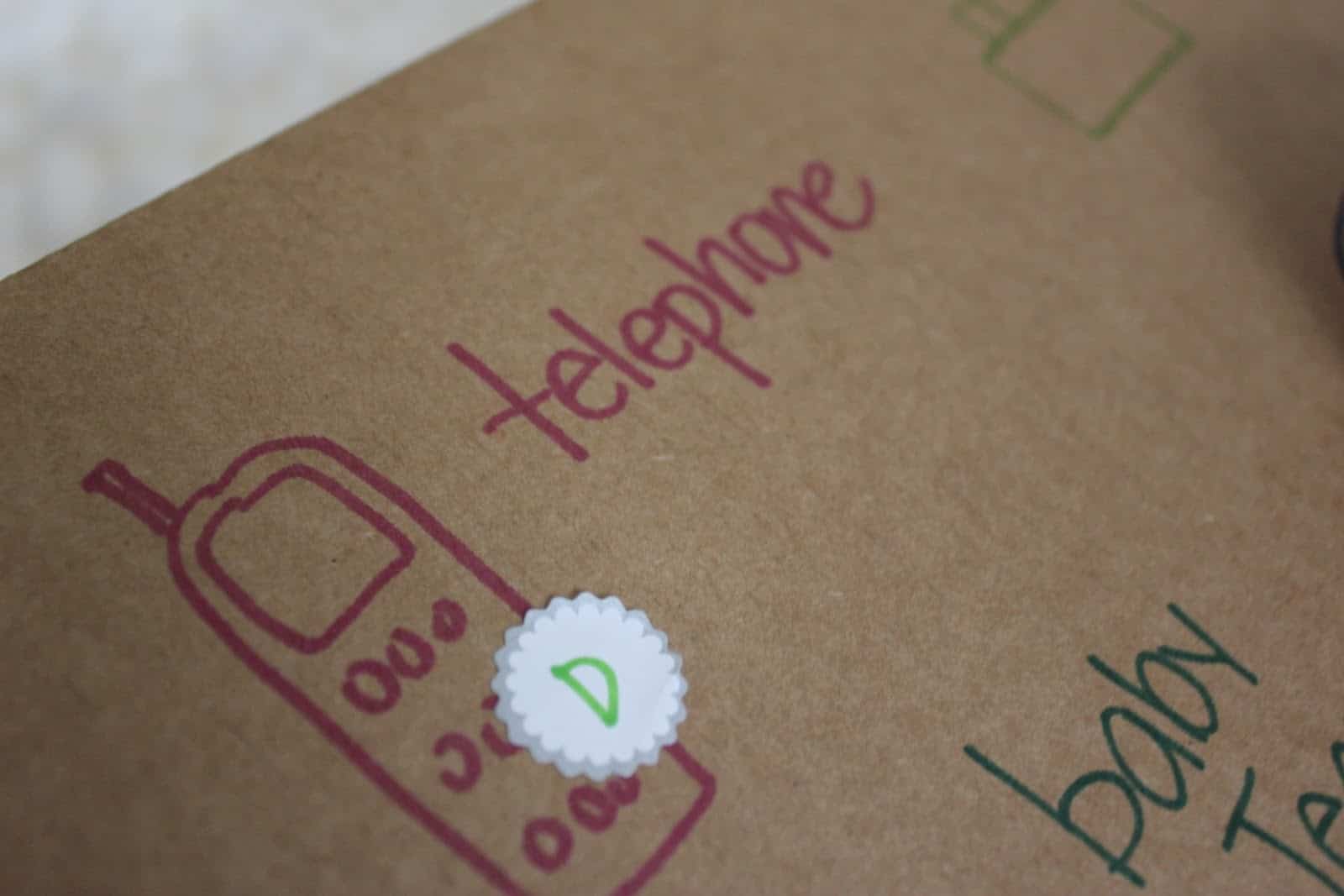 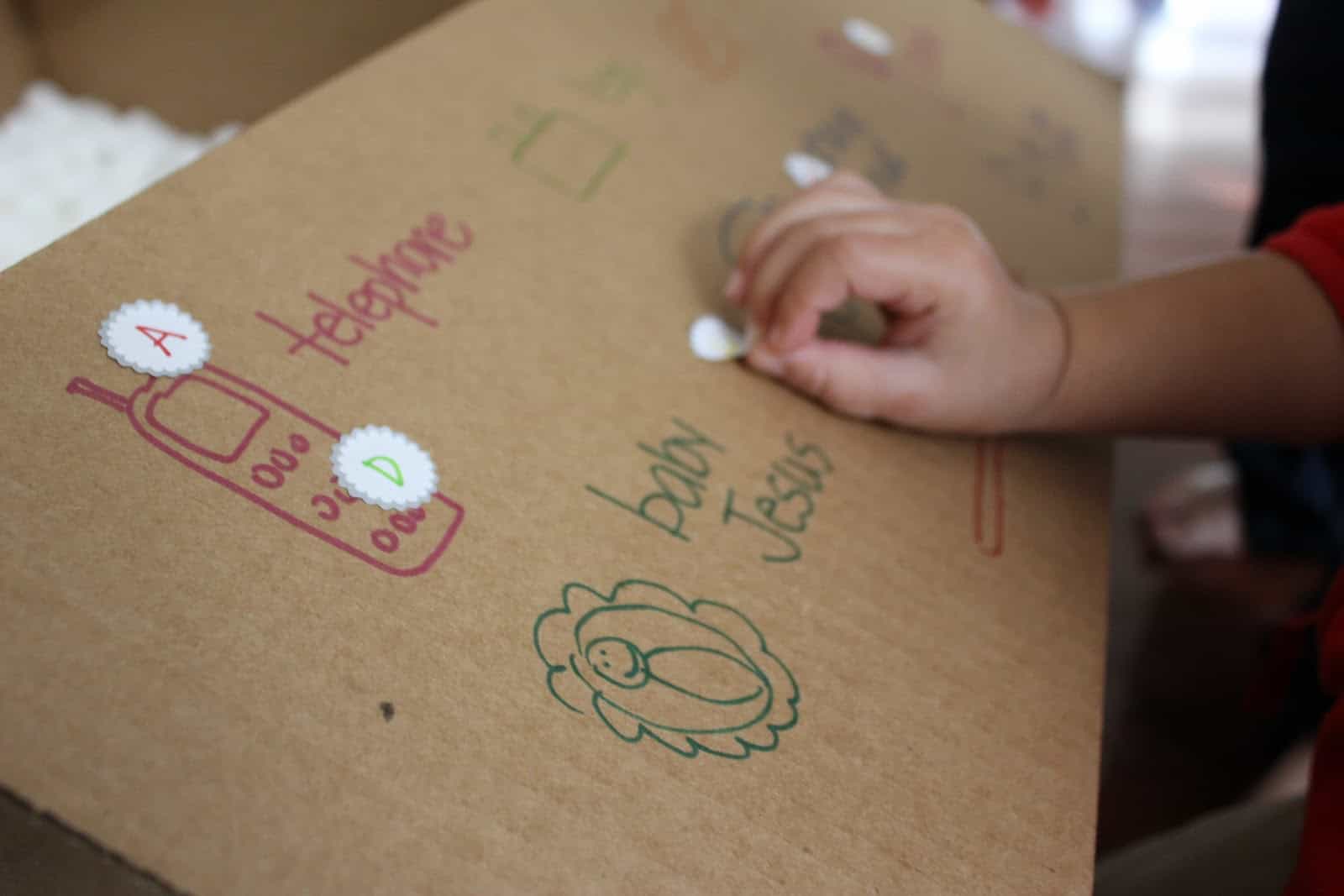 Of course, after awhile, the fun couldn't be contained to just the box... and then we created a snow storm and had a SNOW FIGHT! 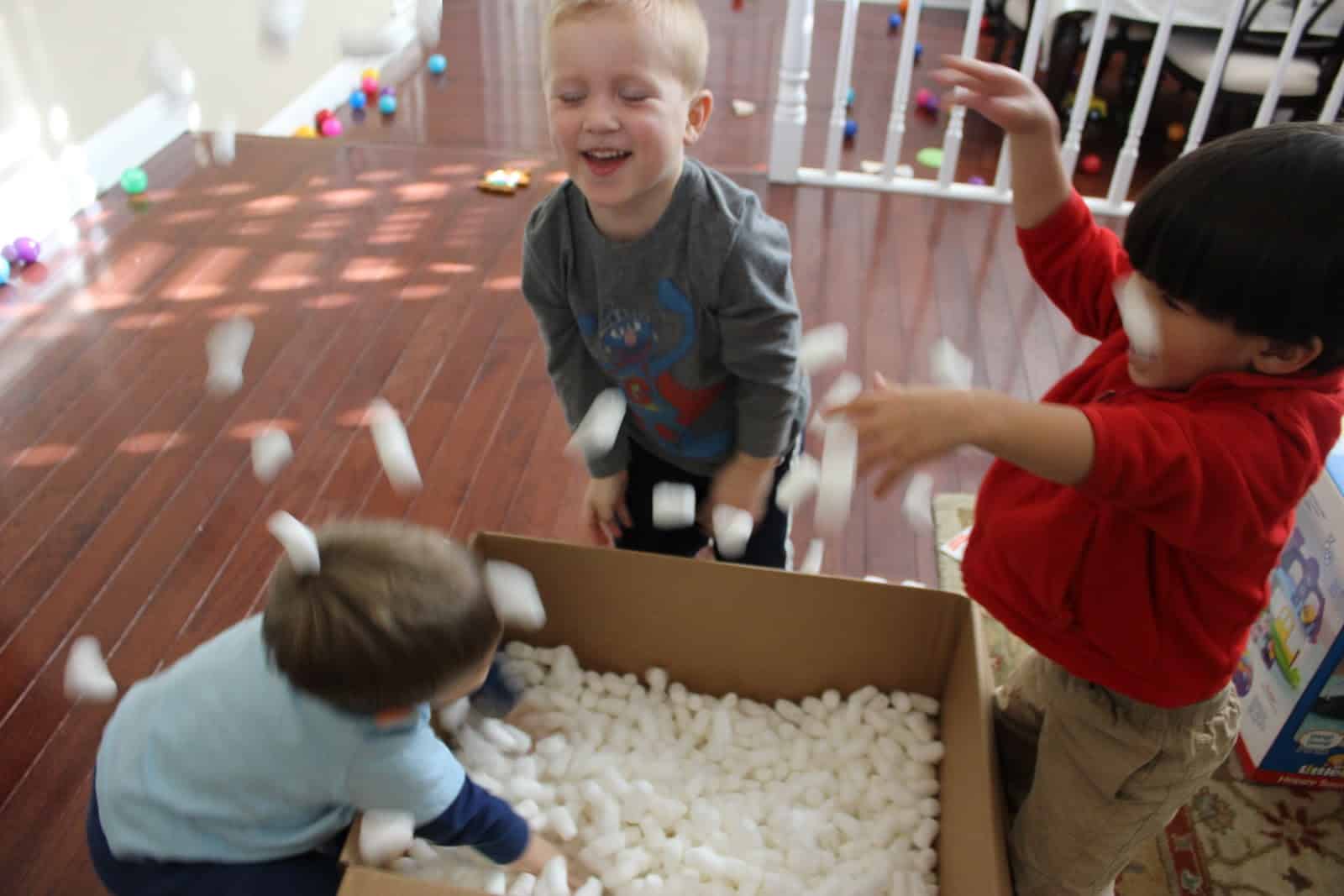 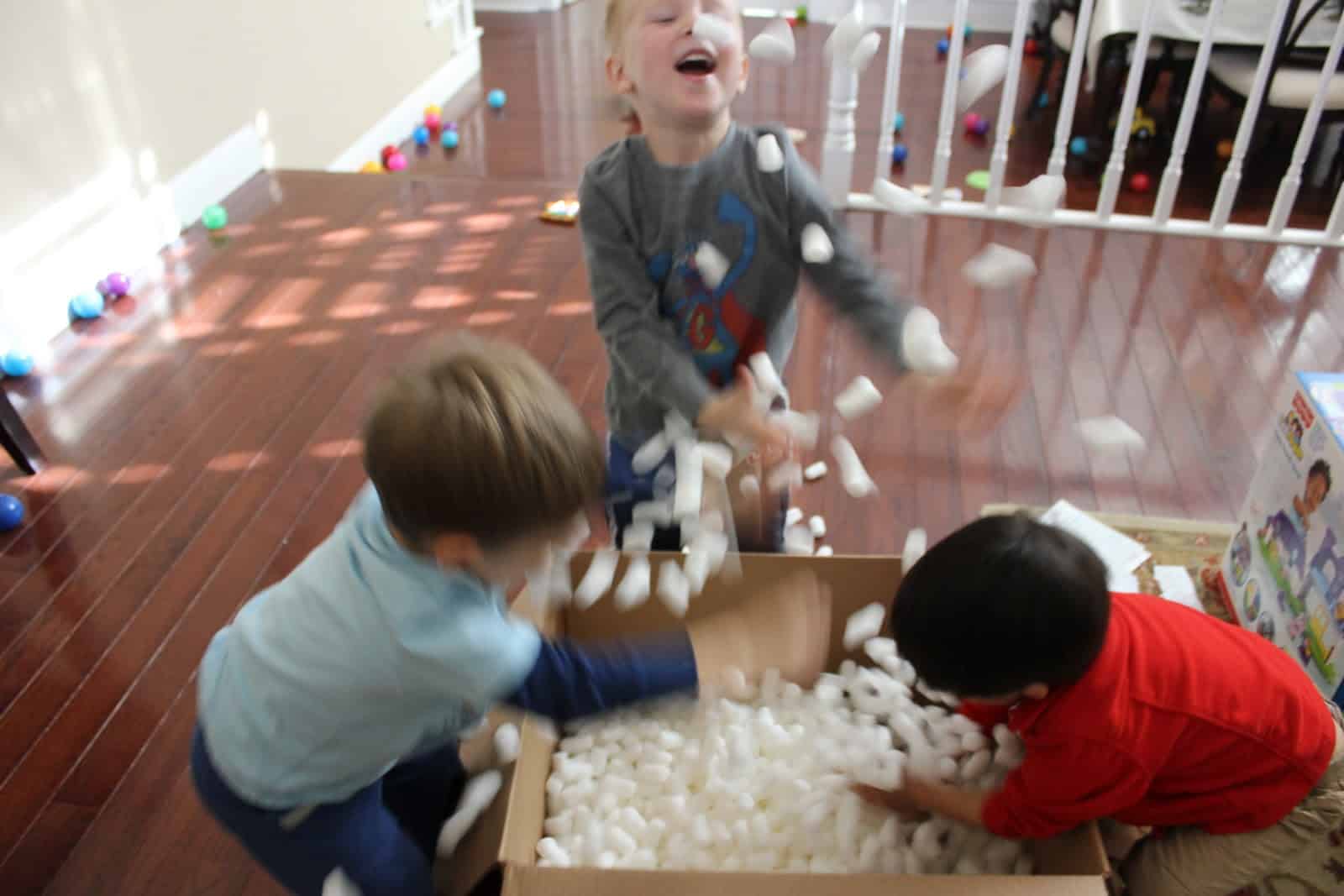 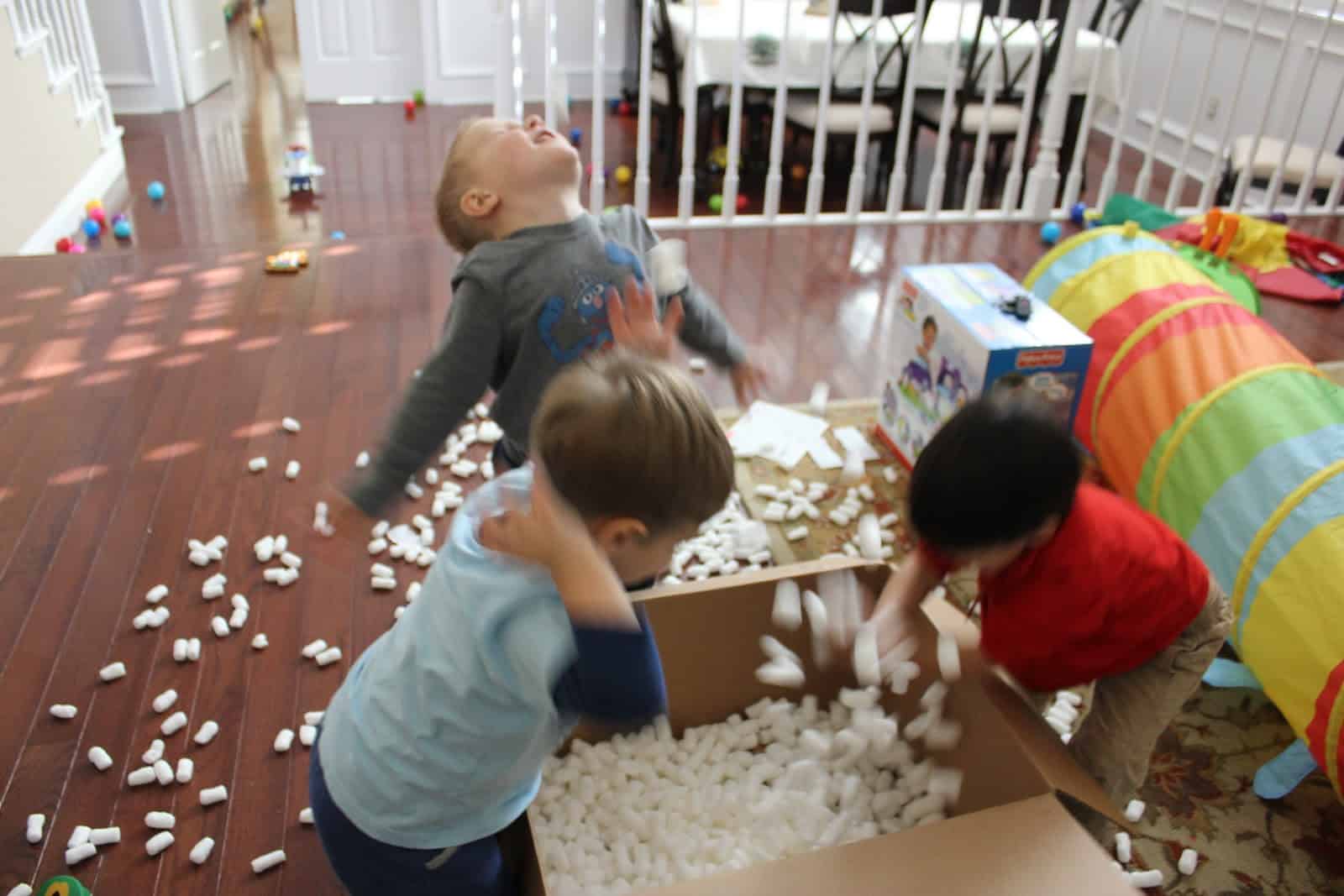 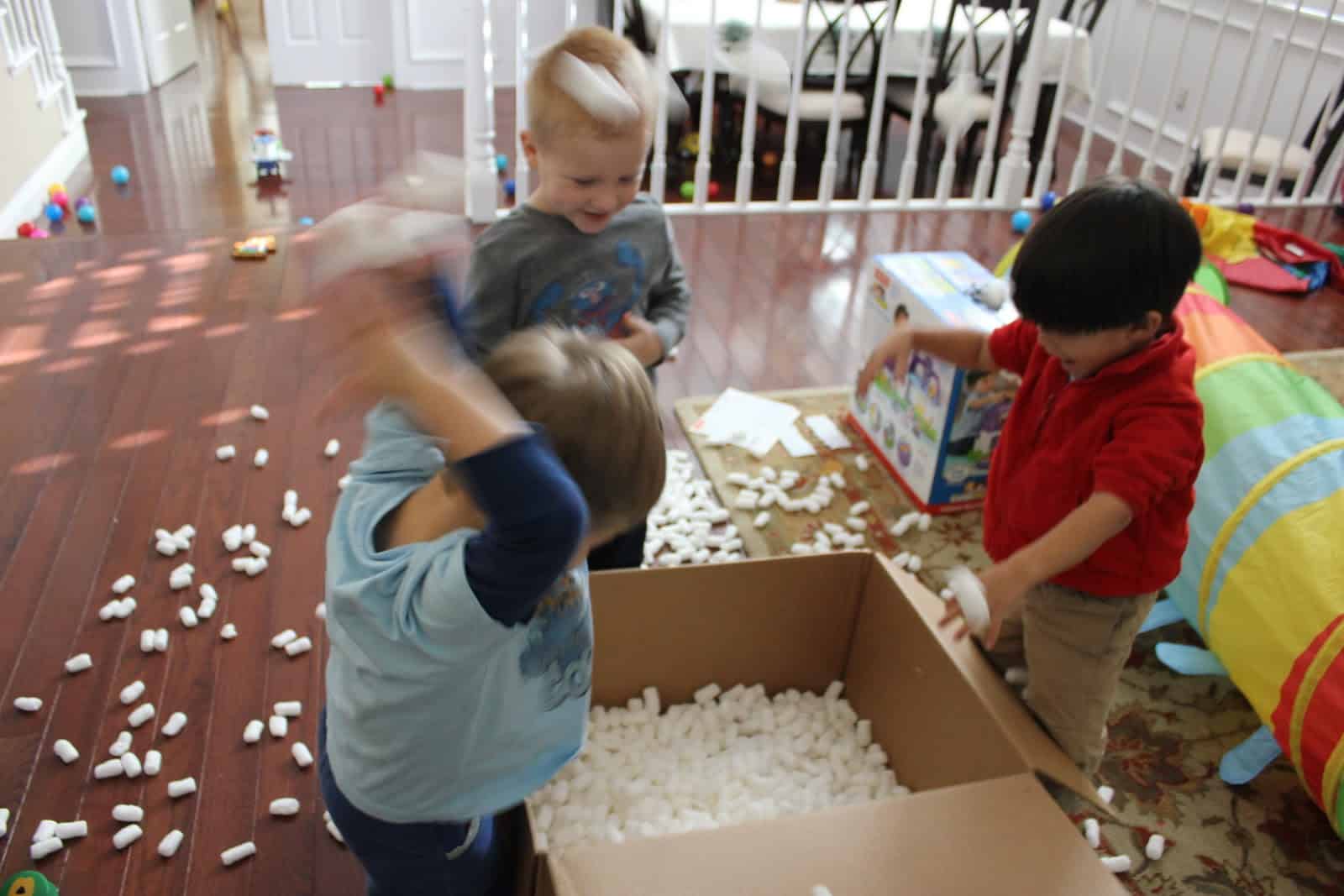 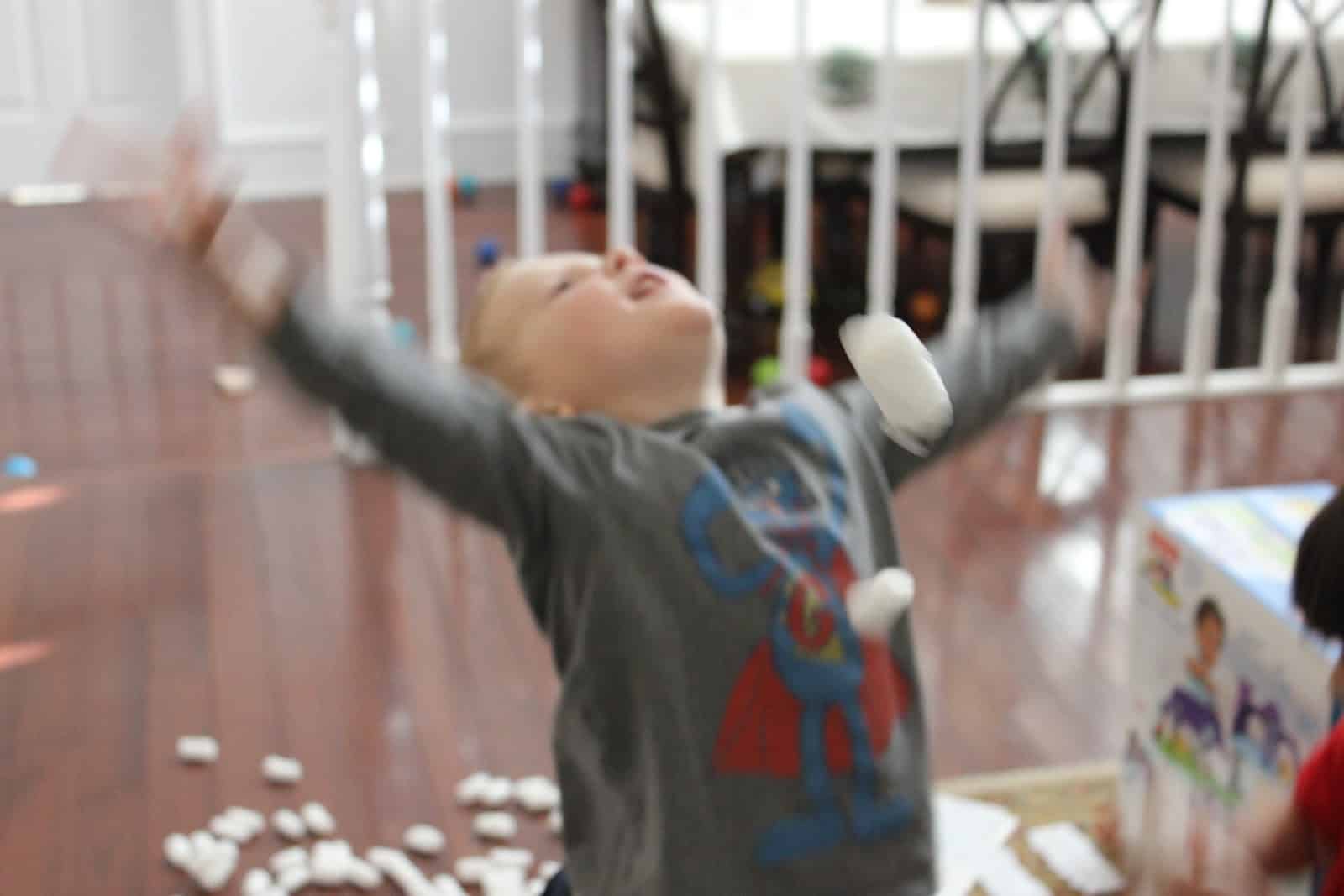 And they made snow hair-dos.... 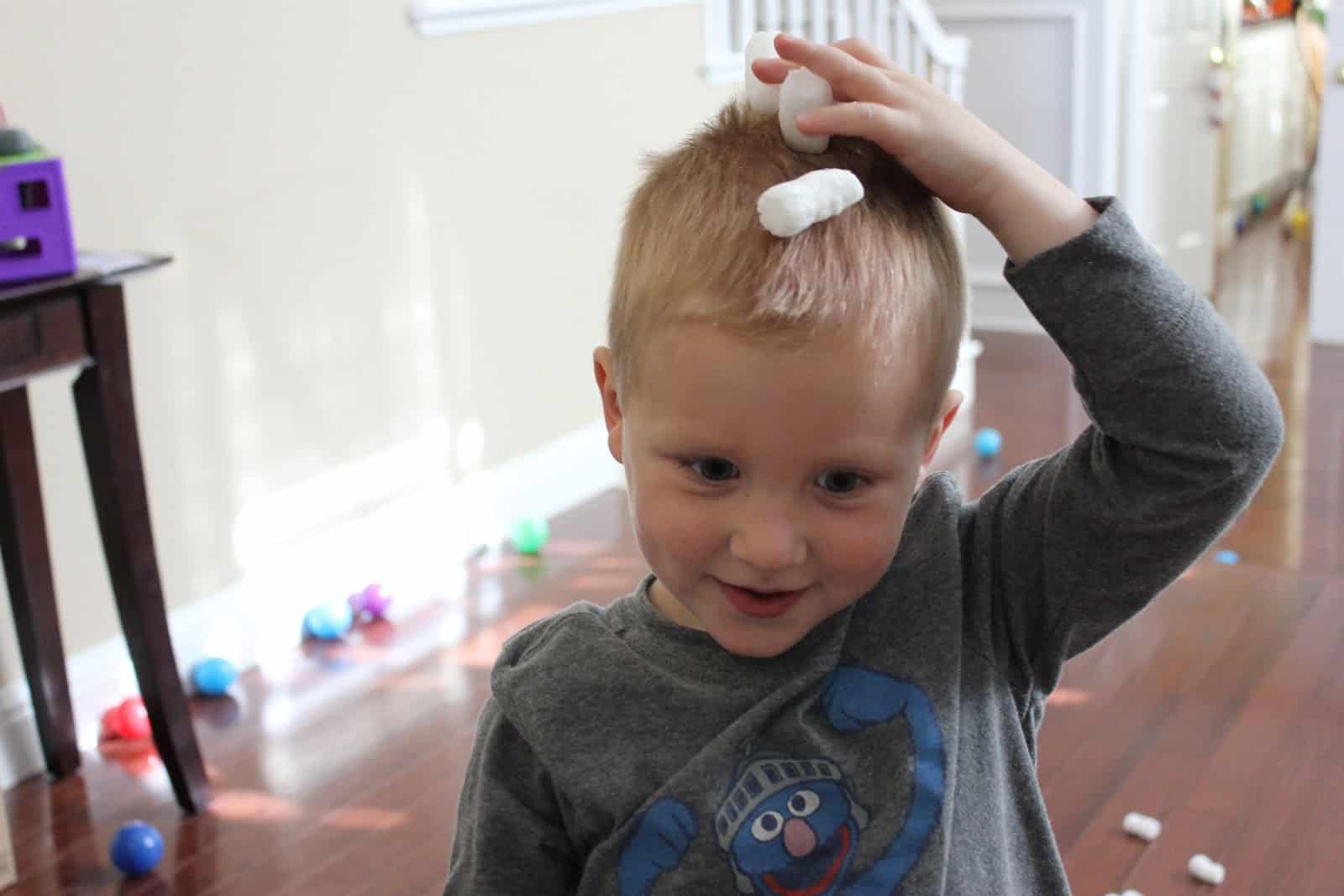 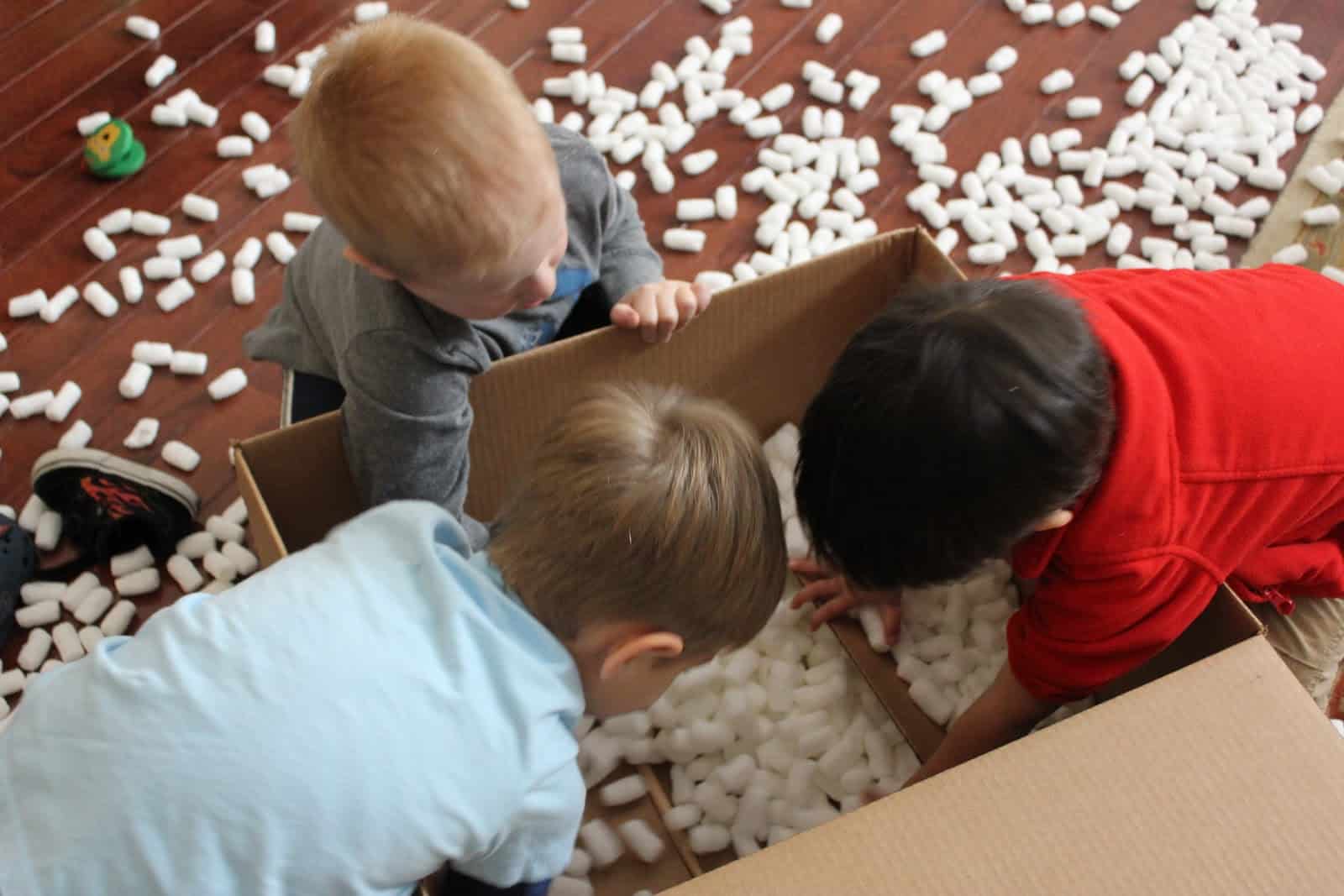 By the end they just dumped the "snow" out everywhere... and then I handed everyone some dustbins and they started picking up! 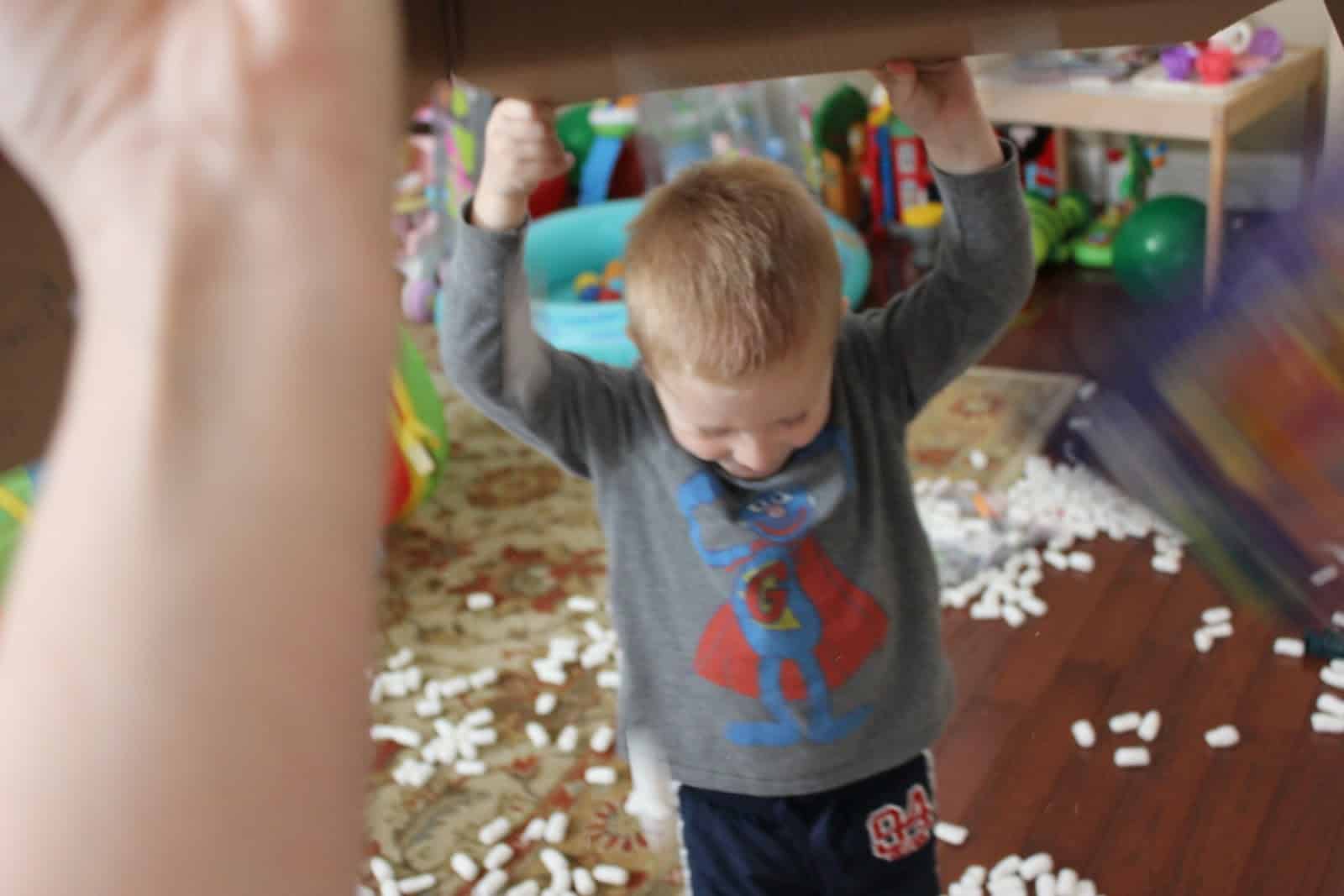 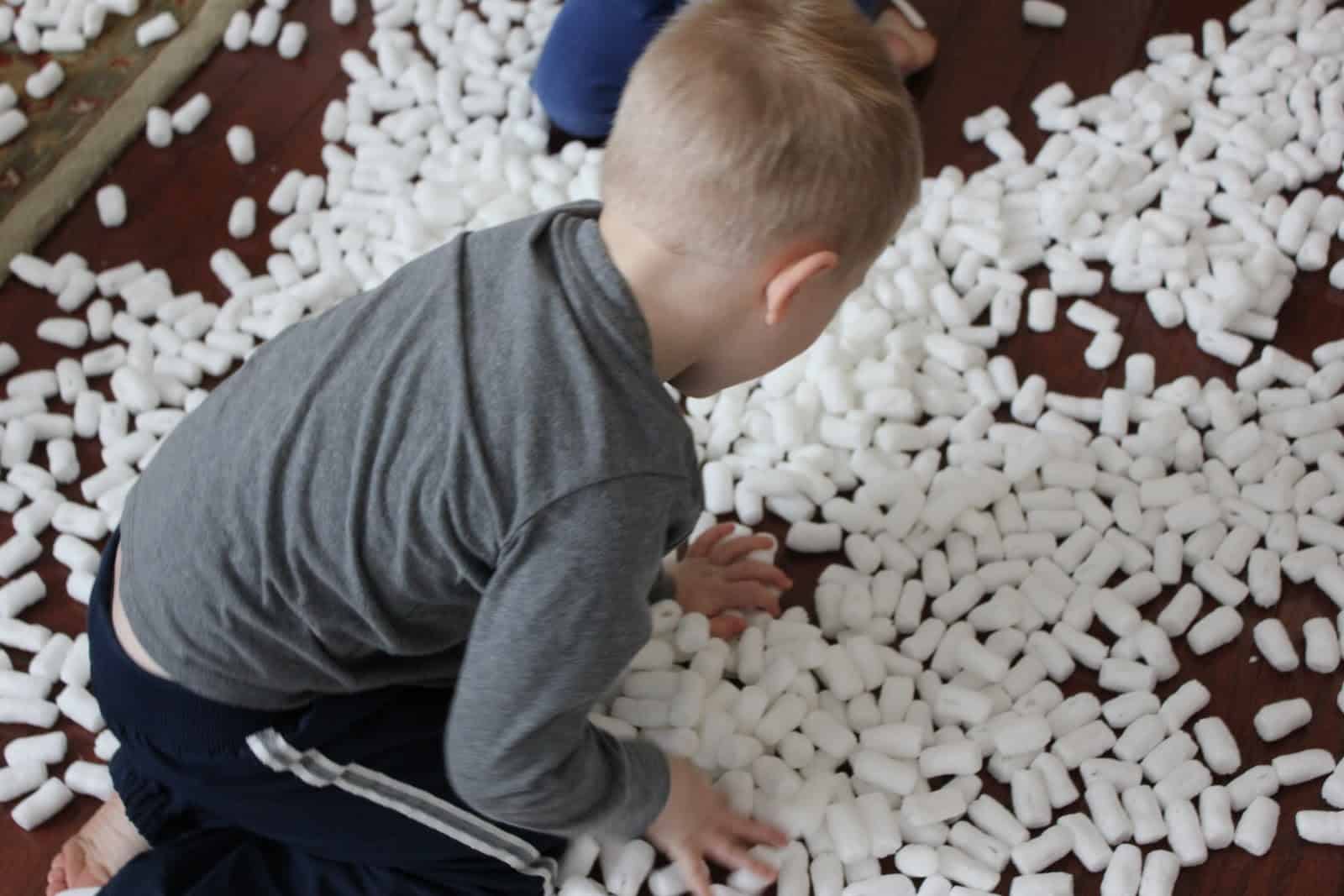 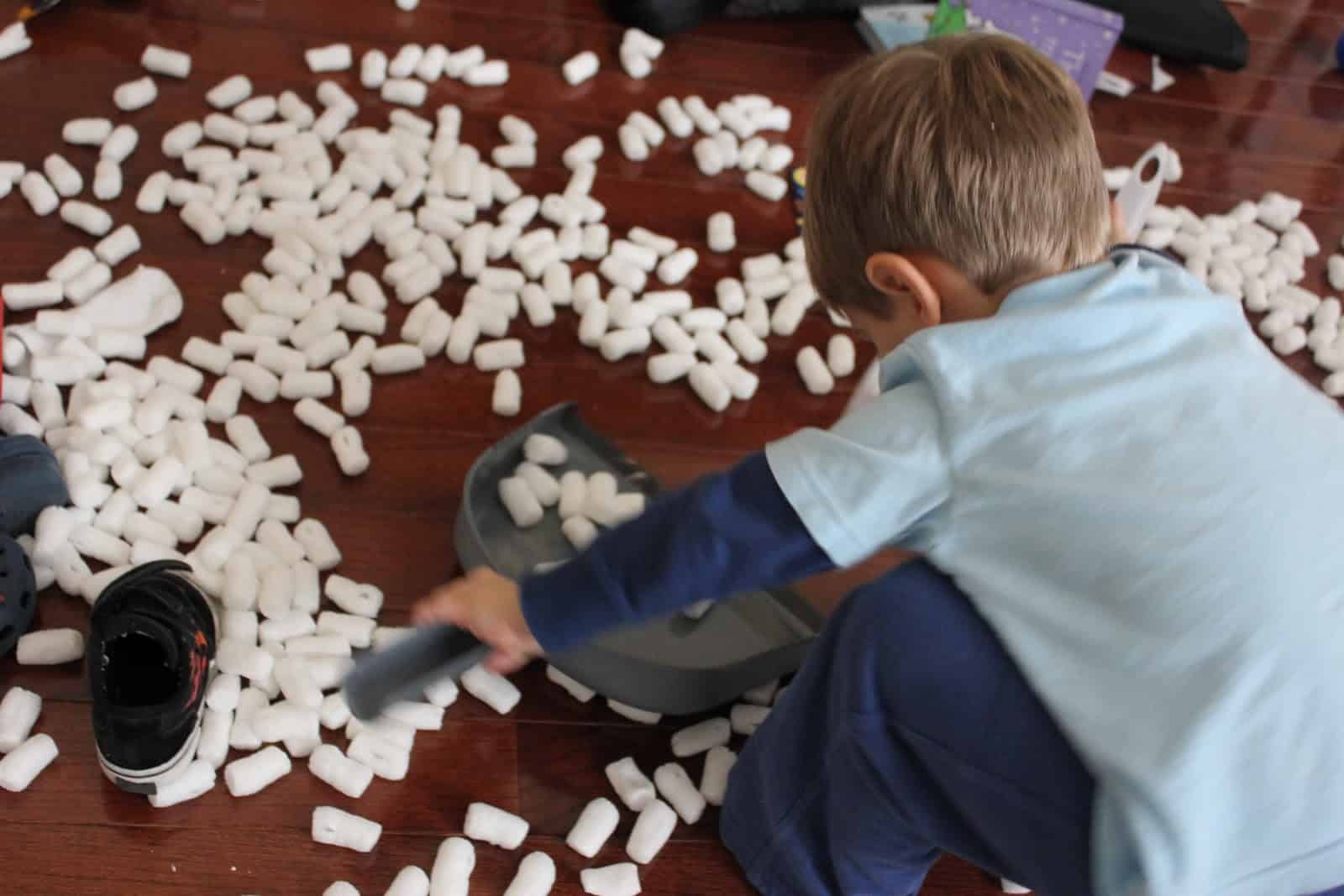 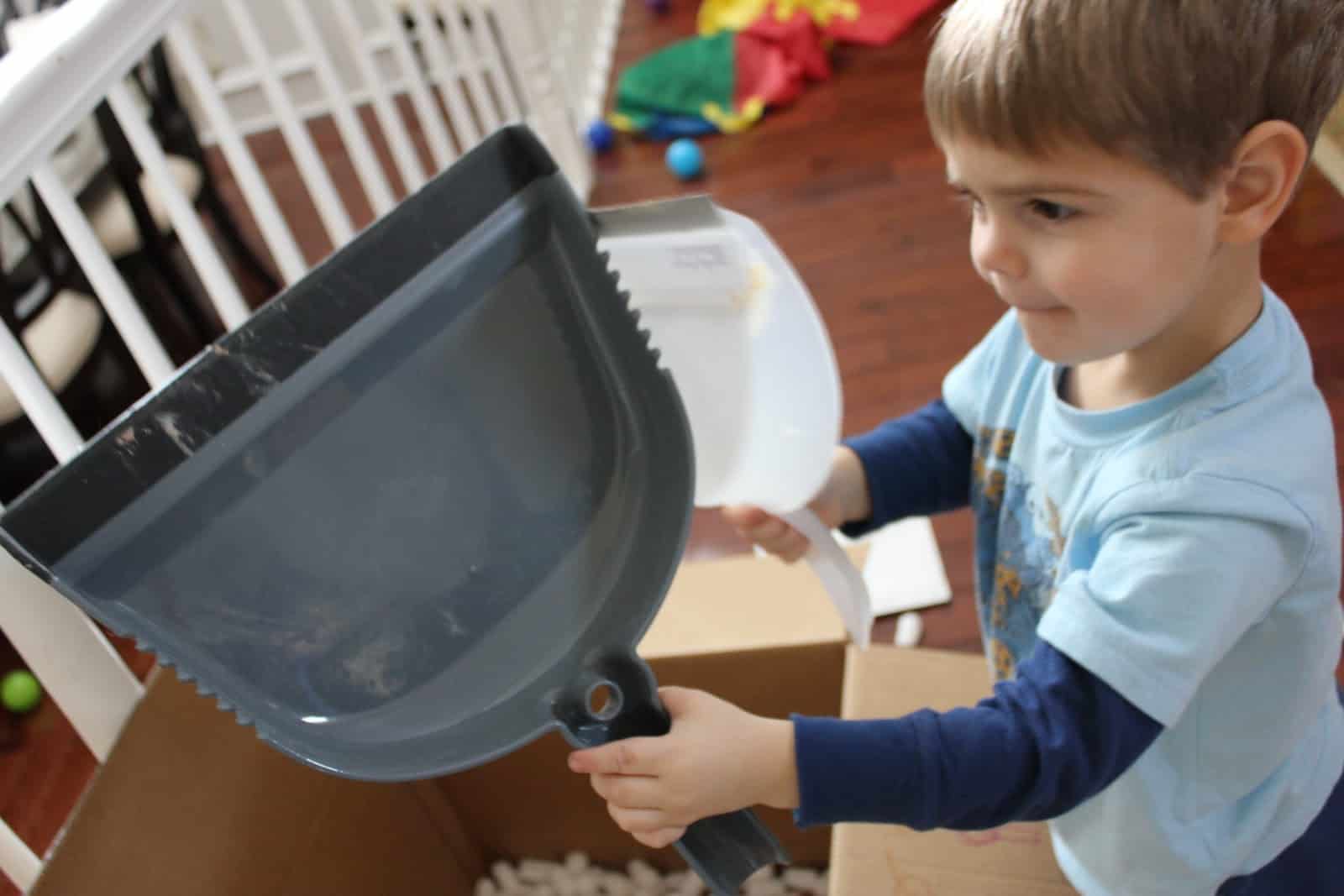 That activity had to be the most liberating one we've done recently... it felt amazing to just let go of my concerns regarding having a messy house and allow them to explore and experiment. The pure joy on their faces as they threw the snow everywhere was beautiful.

I also love how the I-Spy activity worked on...

- identifying words and matching them to pictures

- matching objects to their pictures

- identifying the first letter in the child's name

- talking about direction works (throwing the snow up, looking under the snow for the baby Jesus, etc.)