For our family night we had a short lesson about the Pilgrims – where they came from, why they left, where they landed, how long it took, how they got there, etc.  At the end of the lesson I presented everyone with a “suitcase” (cut out of a manila folder) and instructed them to draw/write the items that they felt would be most important to bring if they were traveling on the Mayflower. 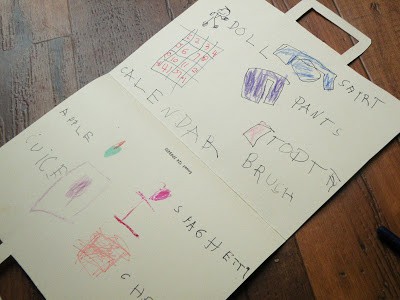 I had my daughter draw pictures of each of the items she would take, then we worked together to sound out the word and she’d write it down.  The instructions were to pack 5 things, but she felt that we have two categories: 1 for food and 1 for everything else.

This was such a simple activity, but several things seemed to “click” for her while we were working together.  She mentioned that she wanted to pack “pants”, then became unsure as she didn’t think she could draw them.  With a little encouragement, it was if a light bulb went on, and she suddenly knew how to transfer the image in her head to the page.  Then later, as we were working on spelling the words “cheese” and “shirt”, something else clicked (another light bulb moment) as she sounded out and finally understood the concept of the “ch” and “sh” sounds.

This may seem small and insignificant to those reading, but it was such a great and rewarding moment for me to be a part of – like when you witness a child’s first step or hear their first word.   It reaffirmed my belief that we are our children’s first and best teachers.

The following day we decided to incorporate the “What Would You Pack” theme into our daily play.  We set the timer for 30 seconds or 1 minute (depending on if we were going up and down stairs) and then would have that amount of time to collect everything we’d want to pack if we were going on the Mayflower. 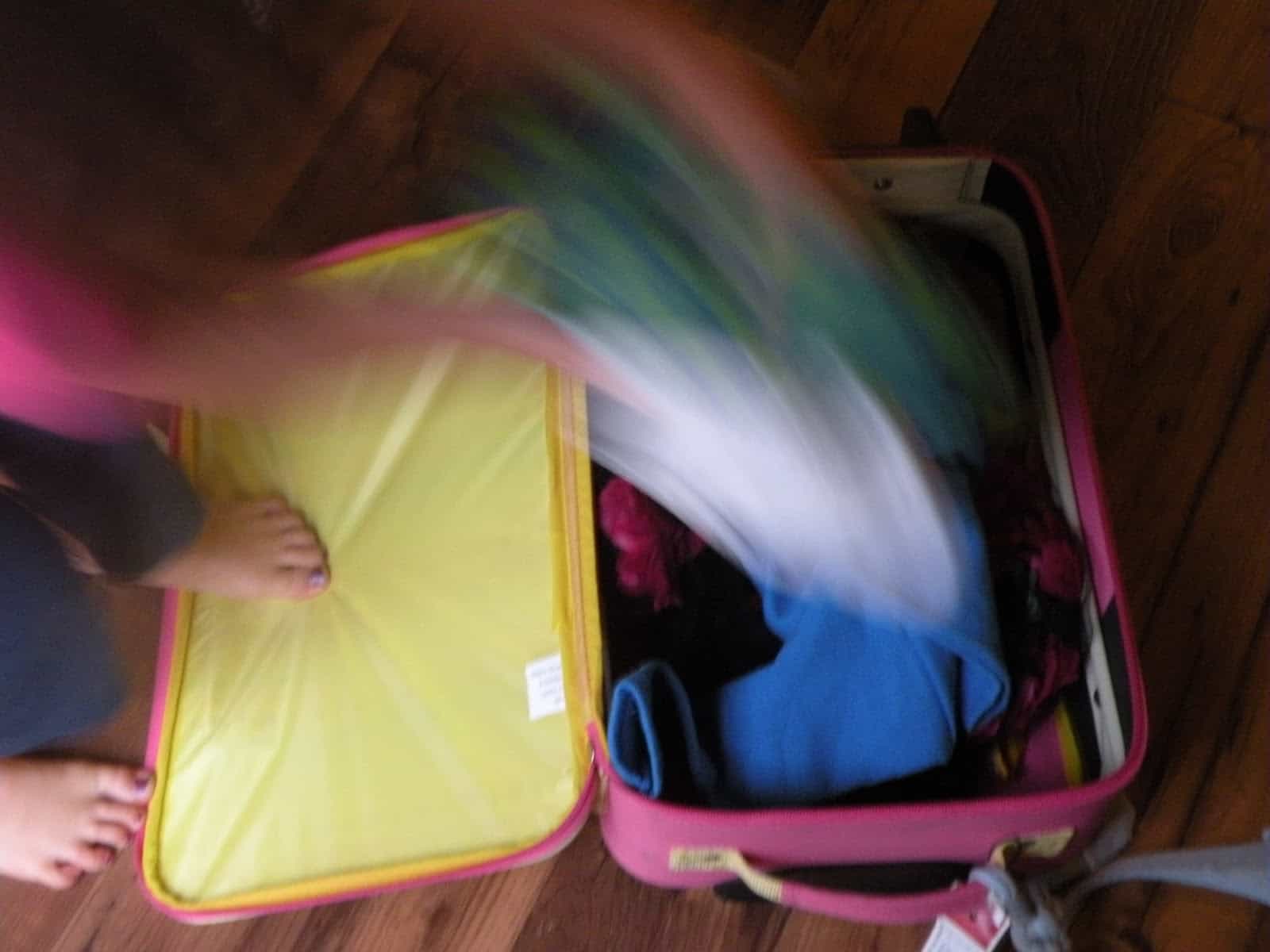 After the time was up, we would pull out each of the items and talk about why we made each particular choice, and also decided if it was practical (apparently a tutu and superhero cape are necessities).  The only downside of this game was that I pulled out just one suitcase (for two children) and we had to stop due to a squabble over who could pull it around.

What would you pack?

« Actively Learning and Moving in the Car- AutoLearner Review
A Sweet Giveaway from Mrs. Fields- CLOSED »