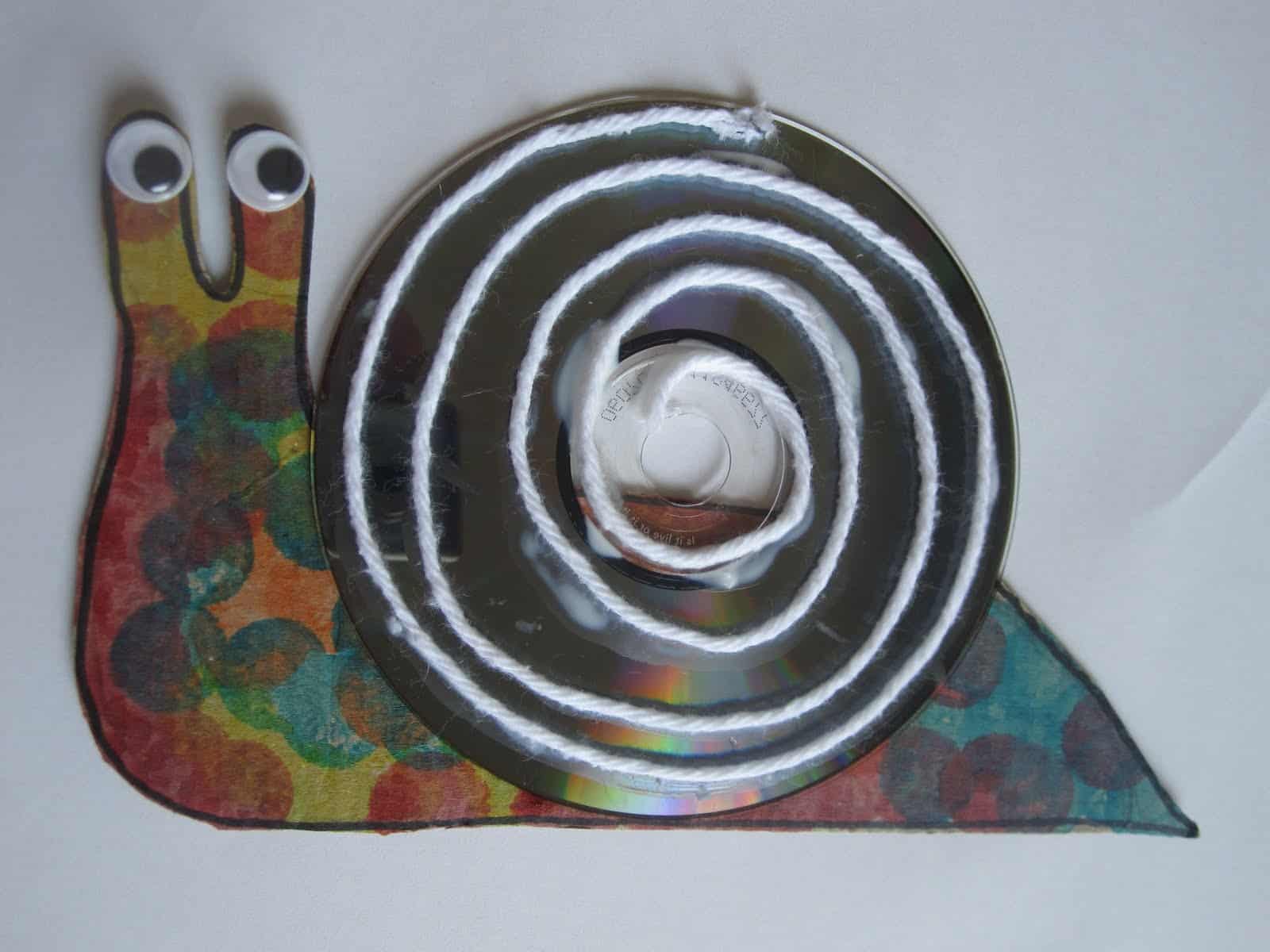 I was inspired by Getting Messy with Ms Jessi's Trashy Tuesday last week... so I had to find a way to reuse a CD or two this week. We went online and googled CD crafts and we found this cute snail at Inna's Creations... so we had to try it. We adapted the materials a bit and had a lot of fun. 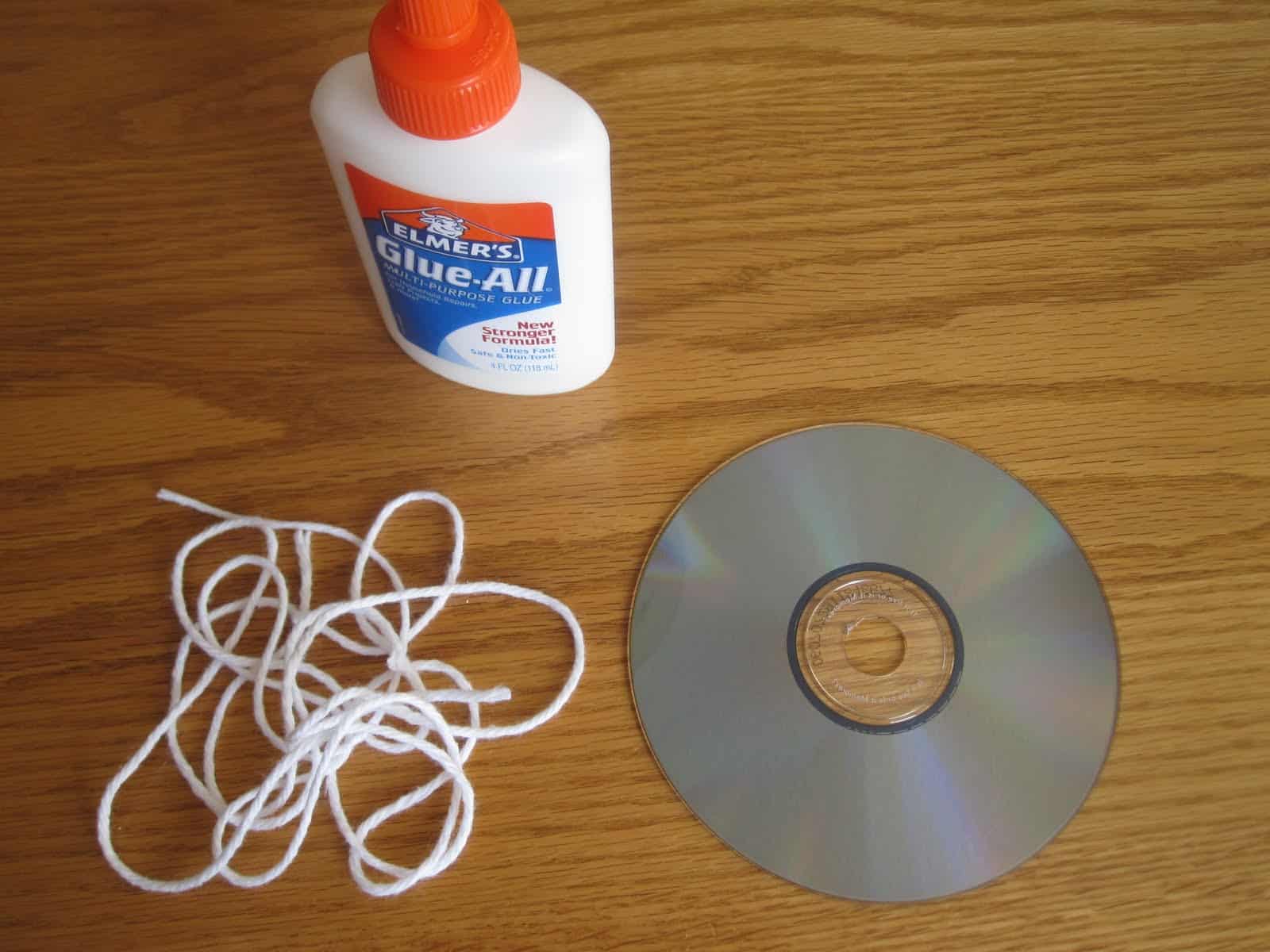 1. First we used the glue to make a swirl on the shiny side of the CD. 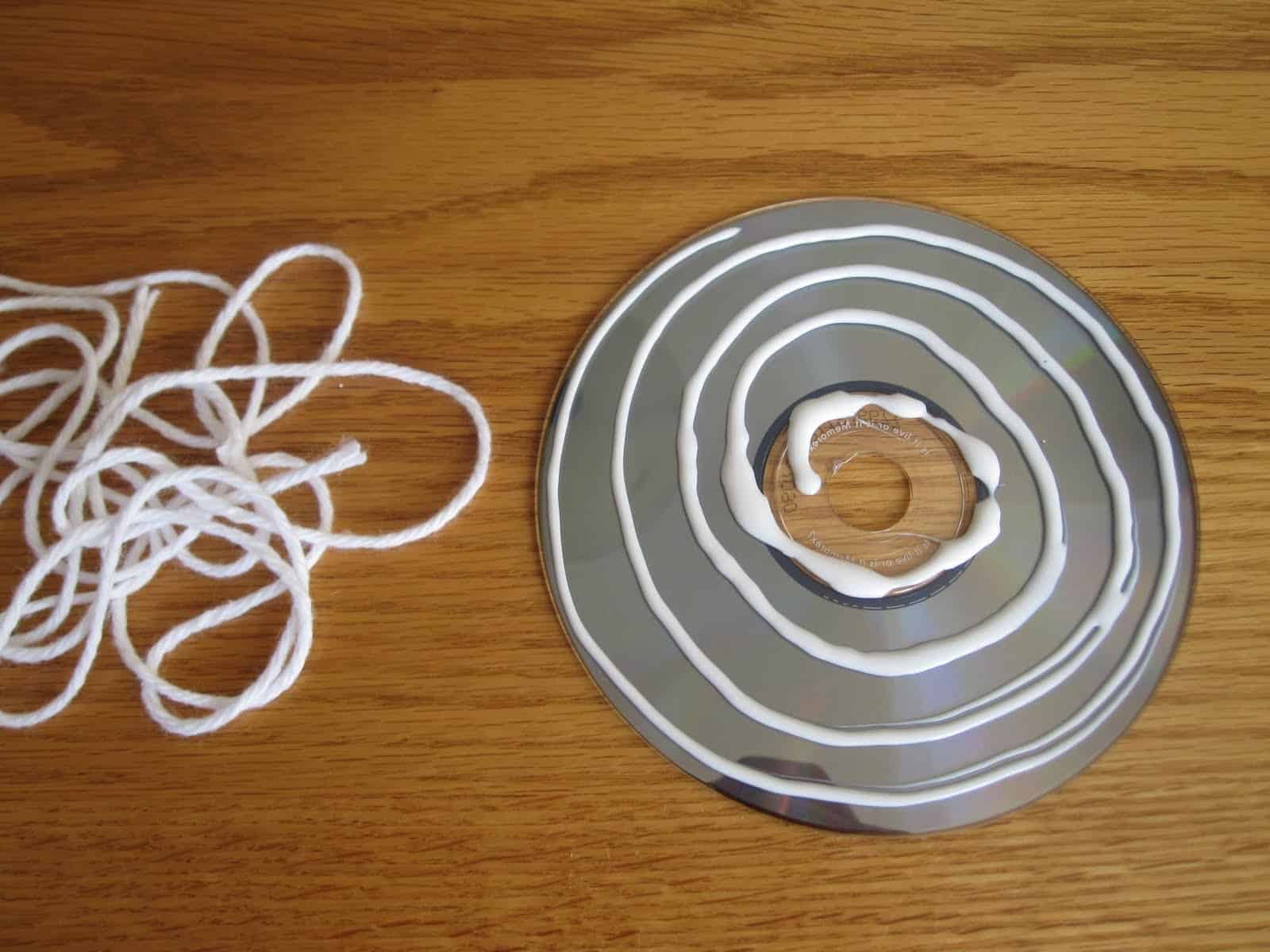 My little guy did awesome... this was his glue attempt. 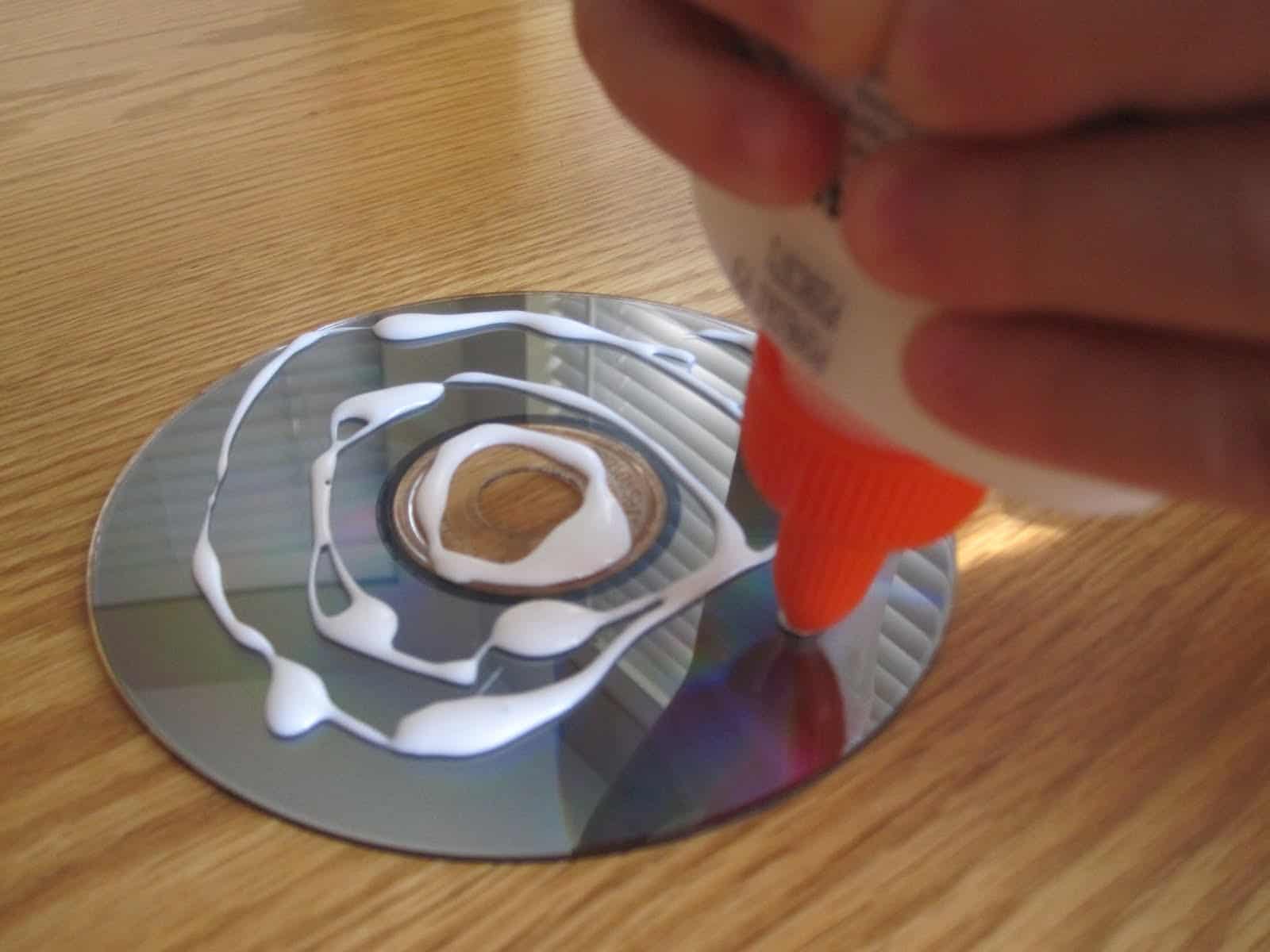 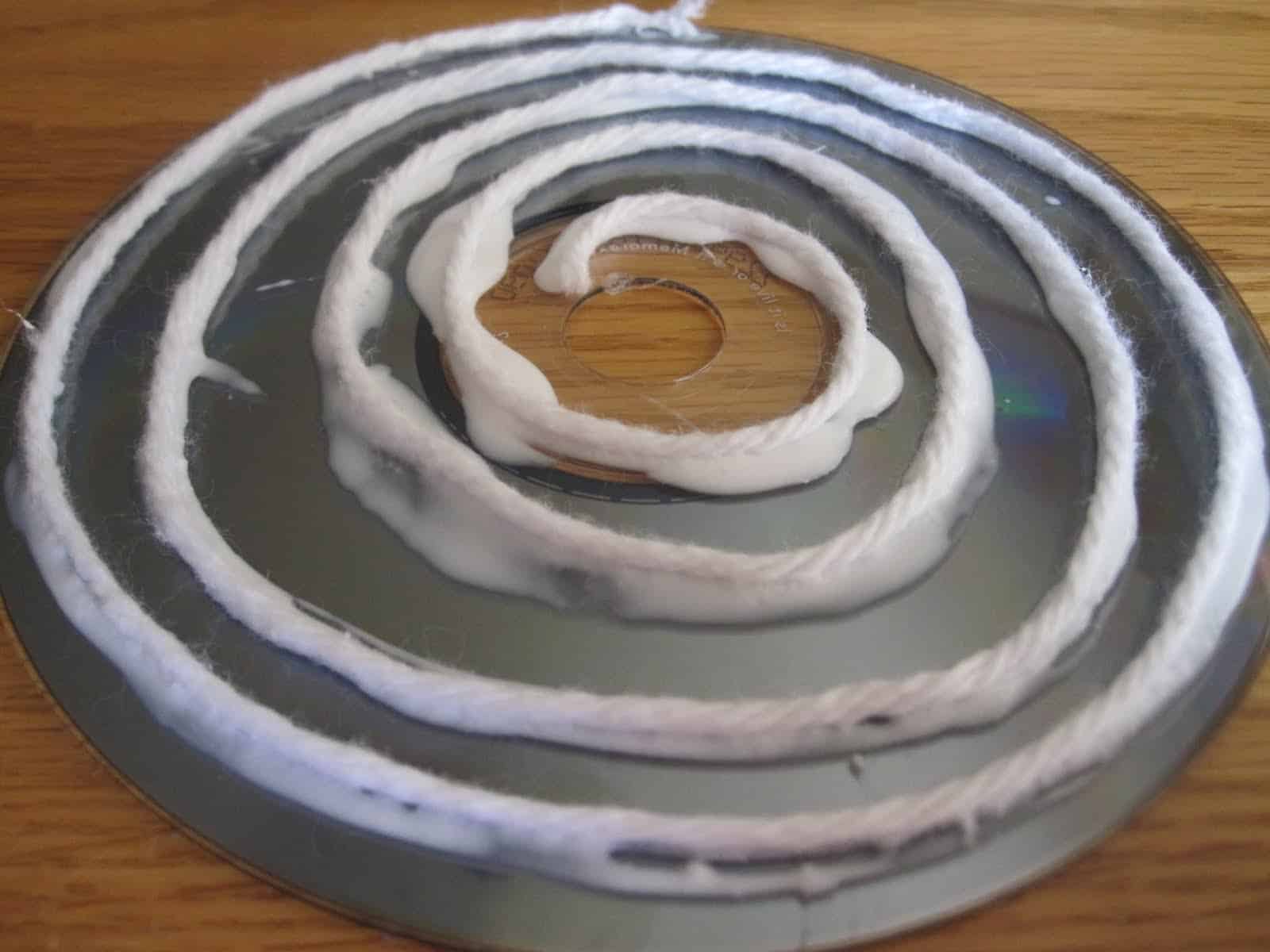 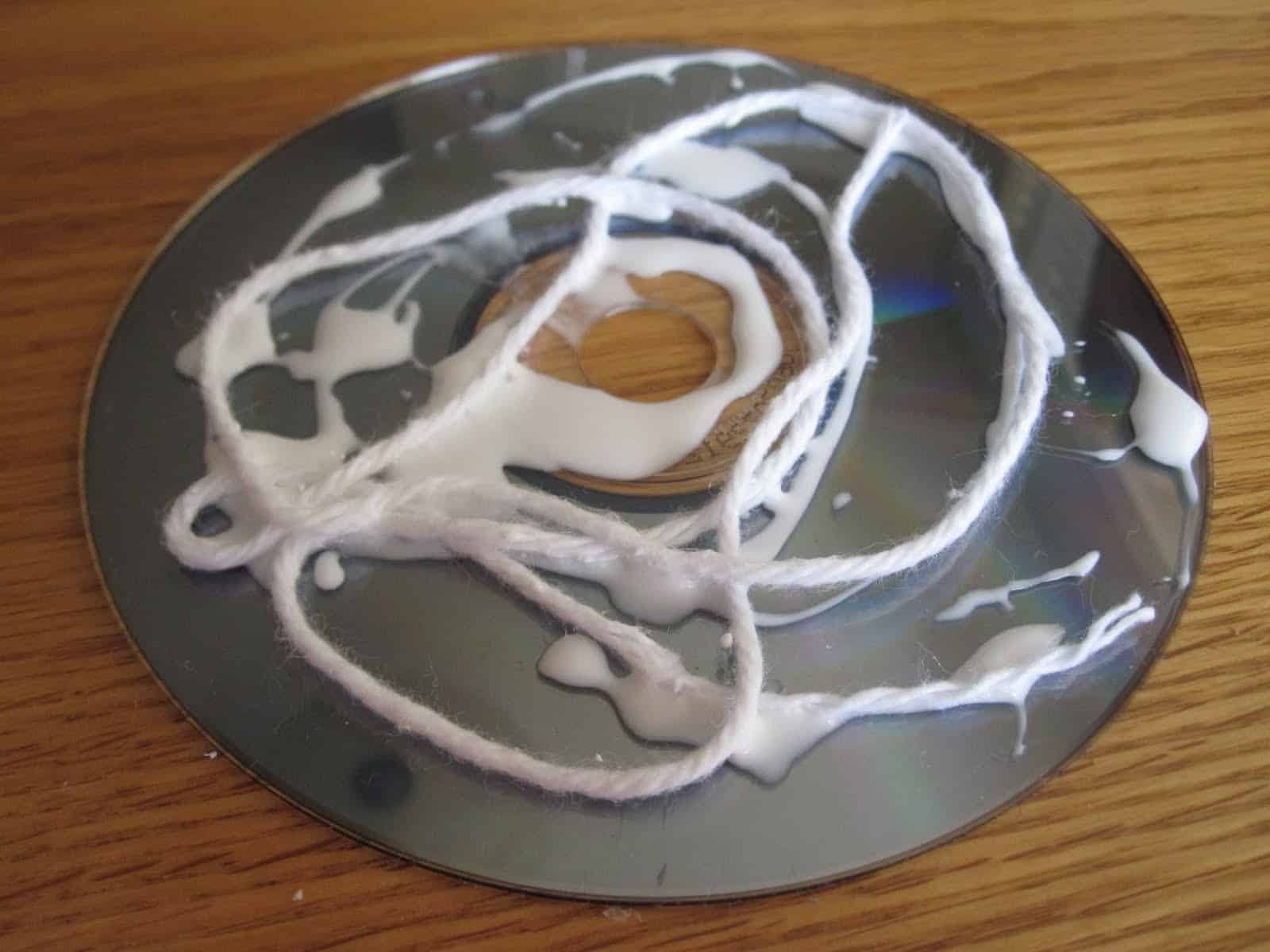 3. While the glue dried, I drew two snails on cardboard, cut them out, and then we each got to paint one. 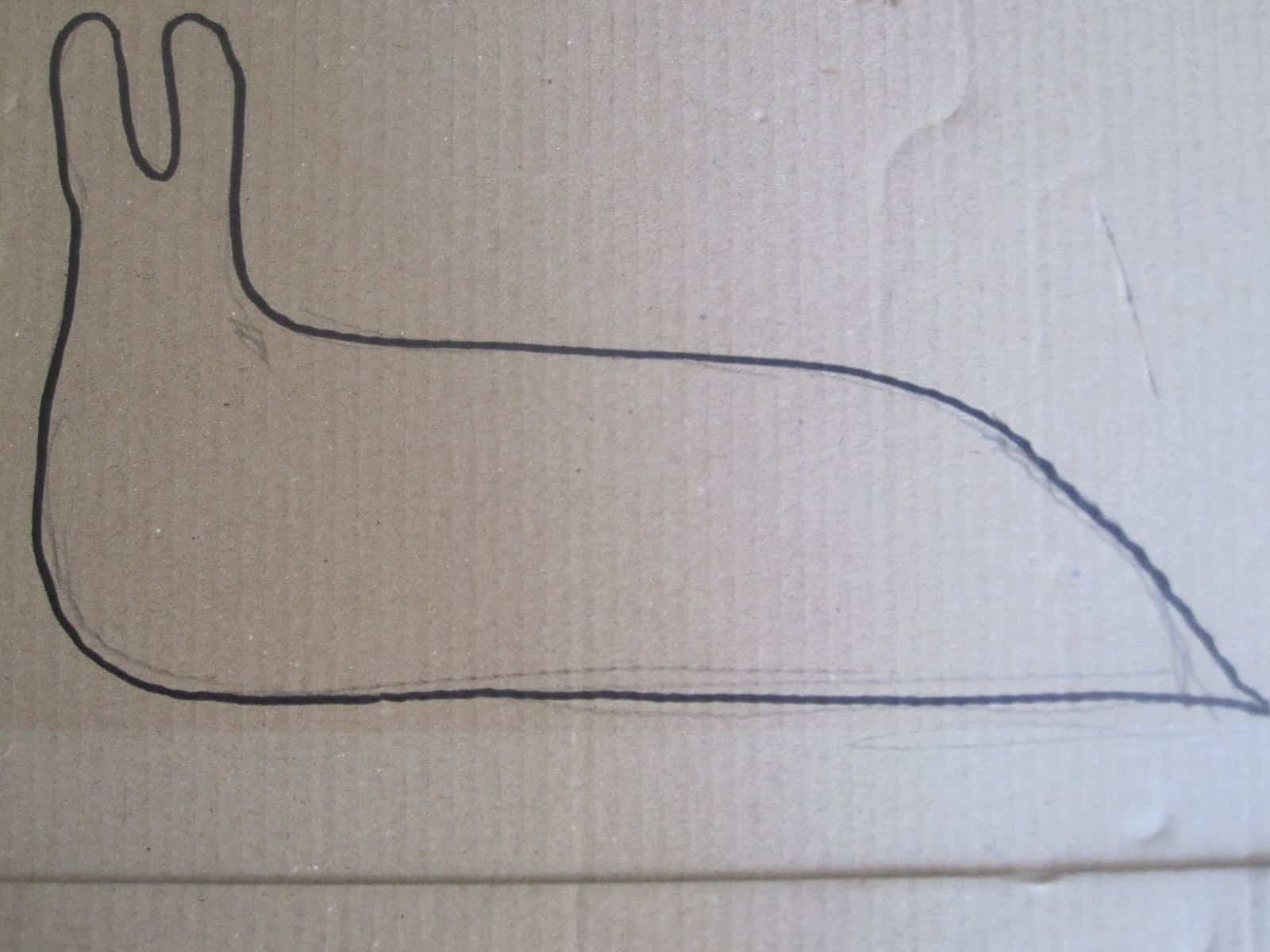 4. My little guy was so focused. Remember when I said yesterday that his Rainbow fish tail was done by the babysitter... I shouldn't have assumed that. He is way into painting rainbows right now. He concentrated for such a long time on this little snail and barely got any paint on the white paper underneath it. Totally not typical! 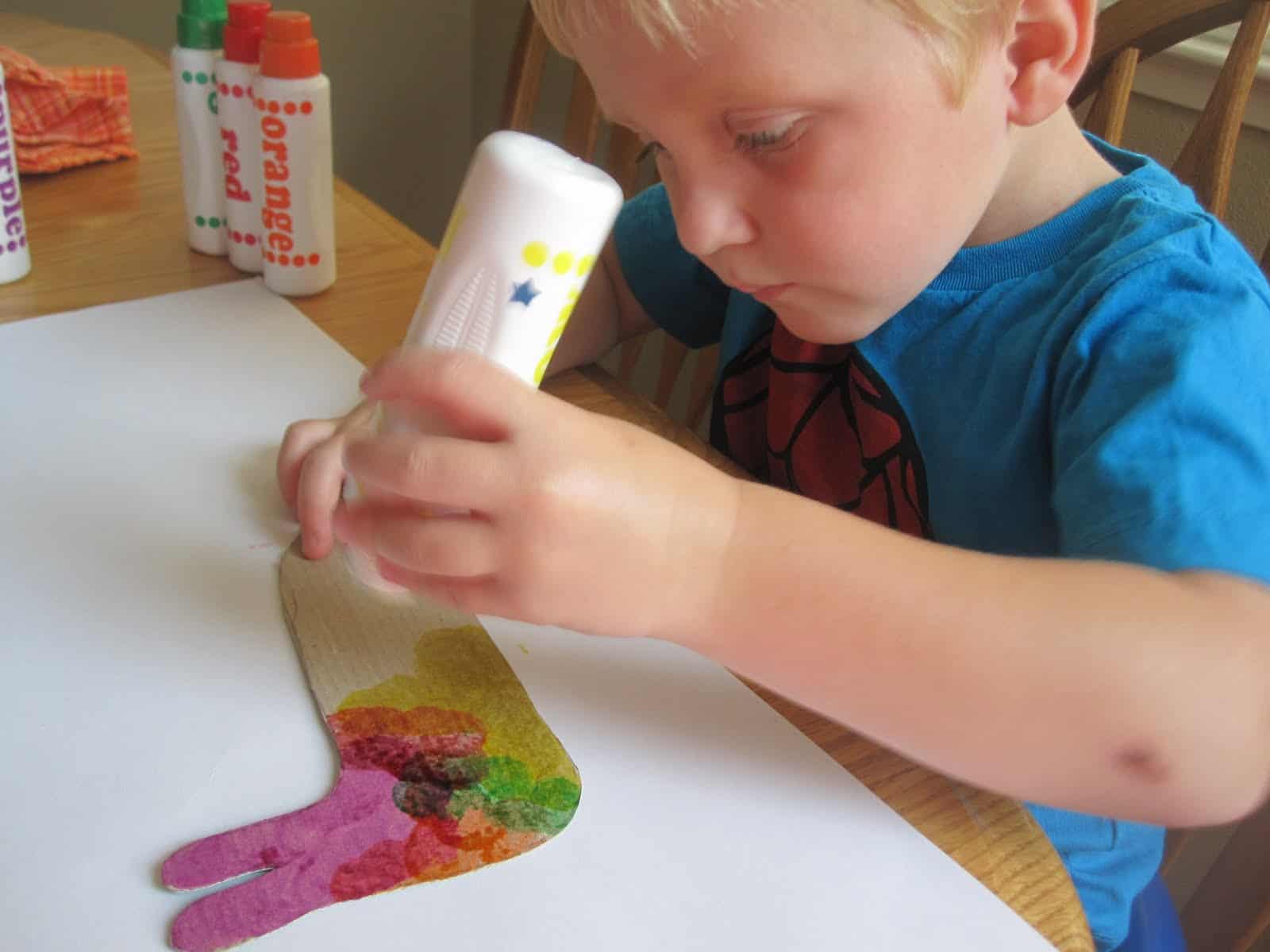 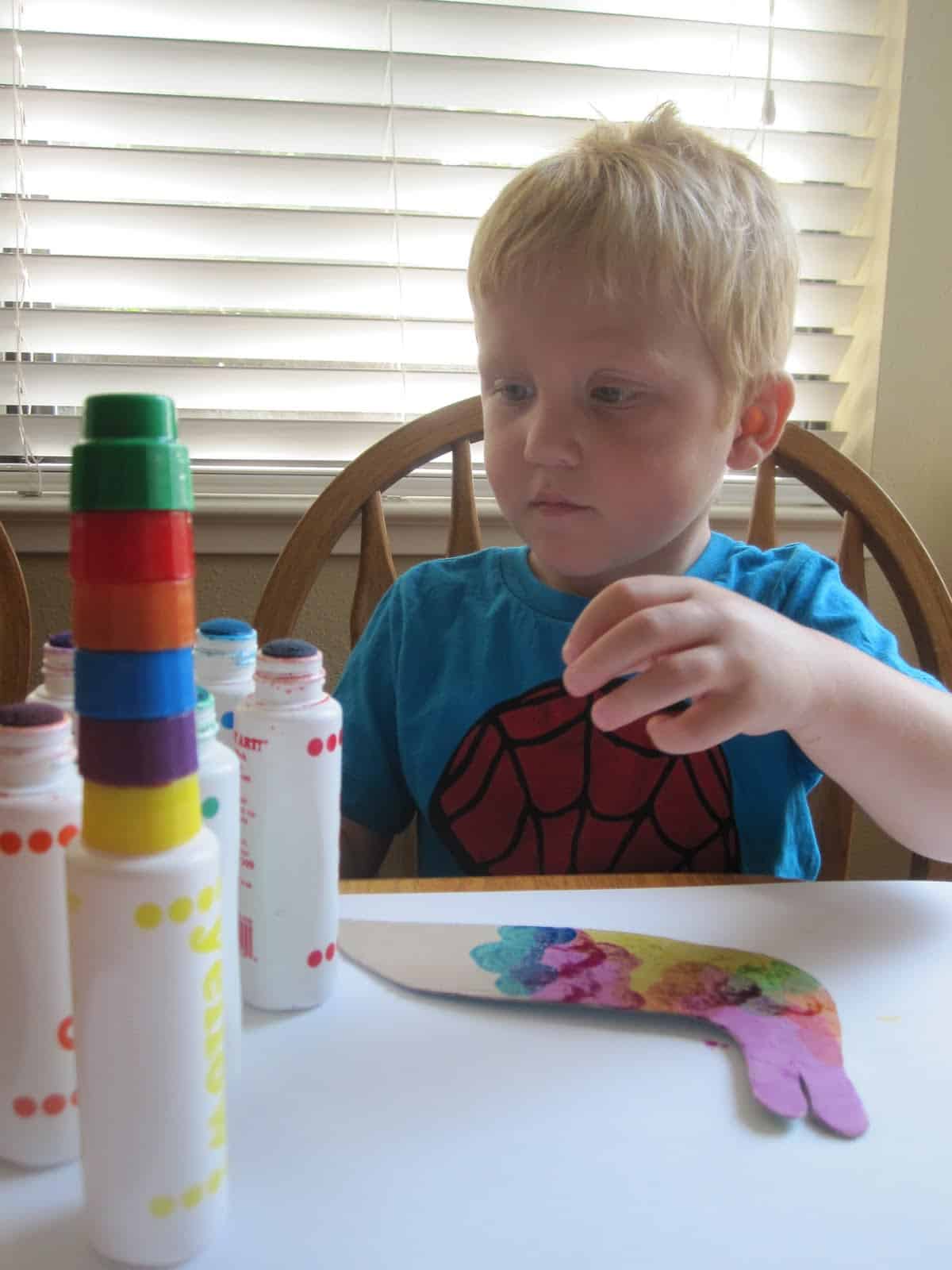 I liked his snail better than mine! 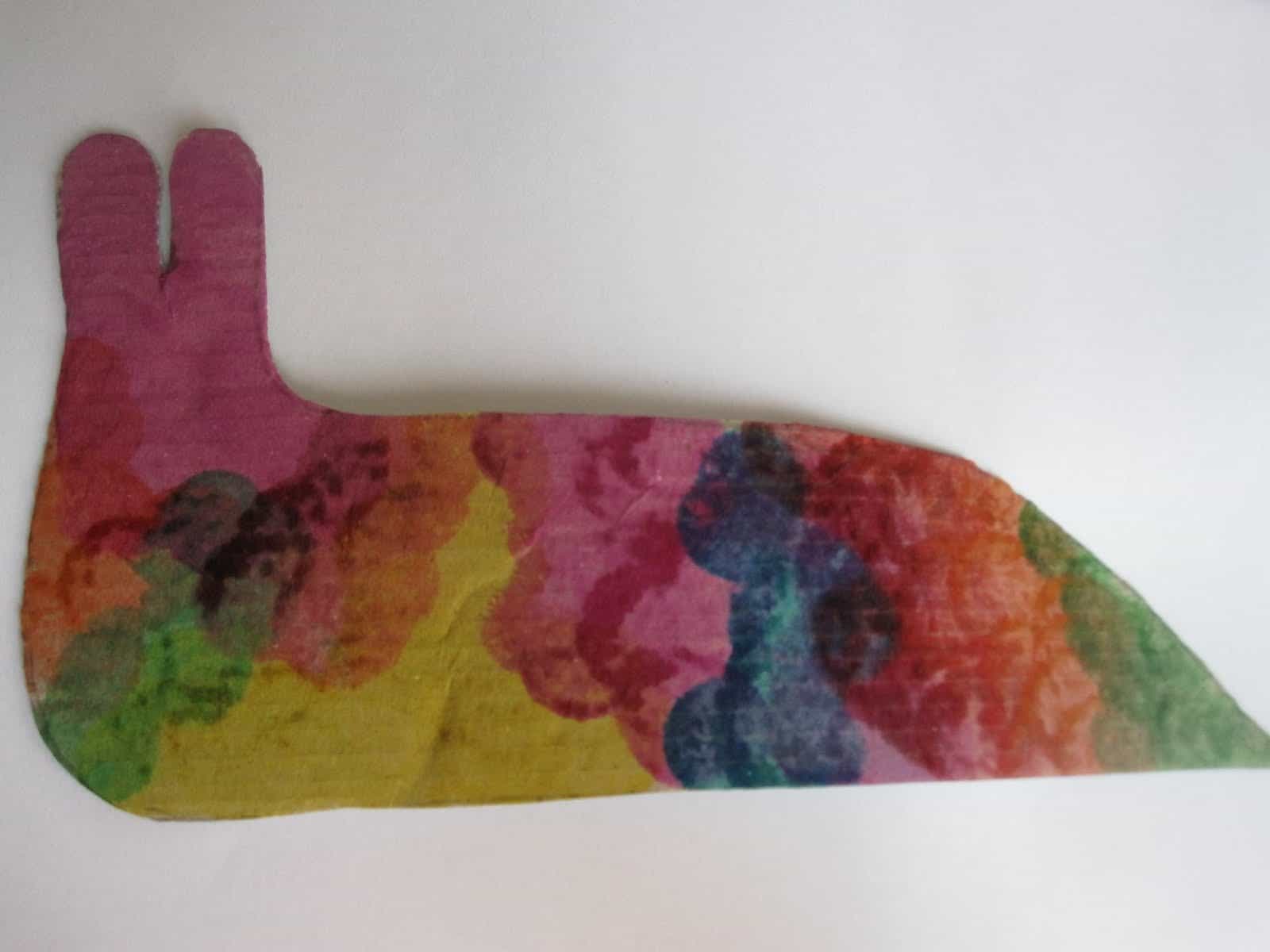 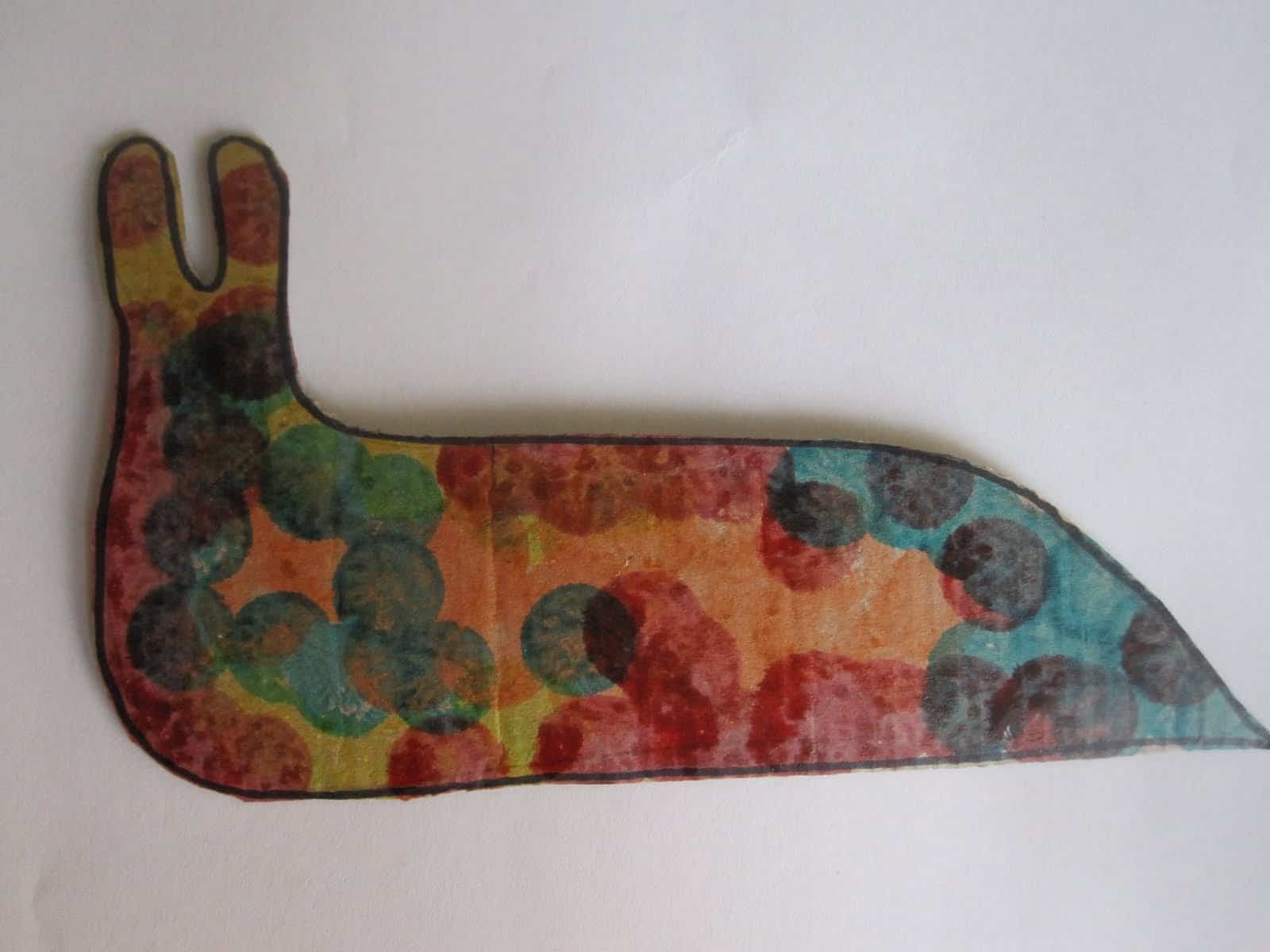 5. Once the paint dried, we added googly eyes. 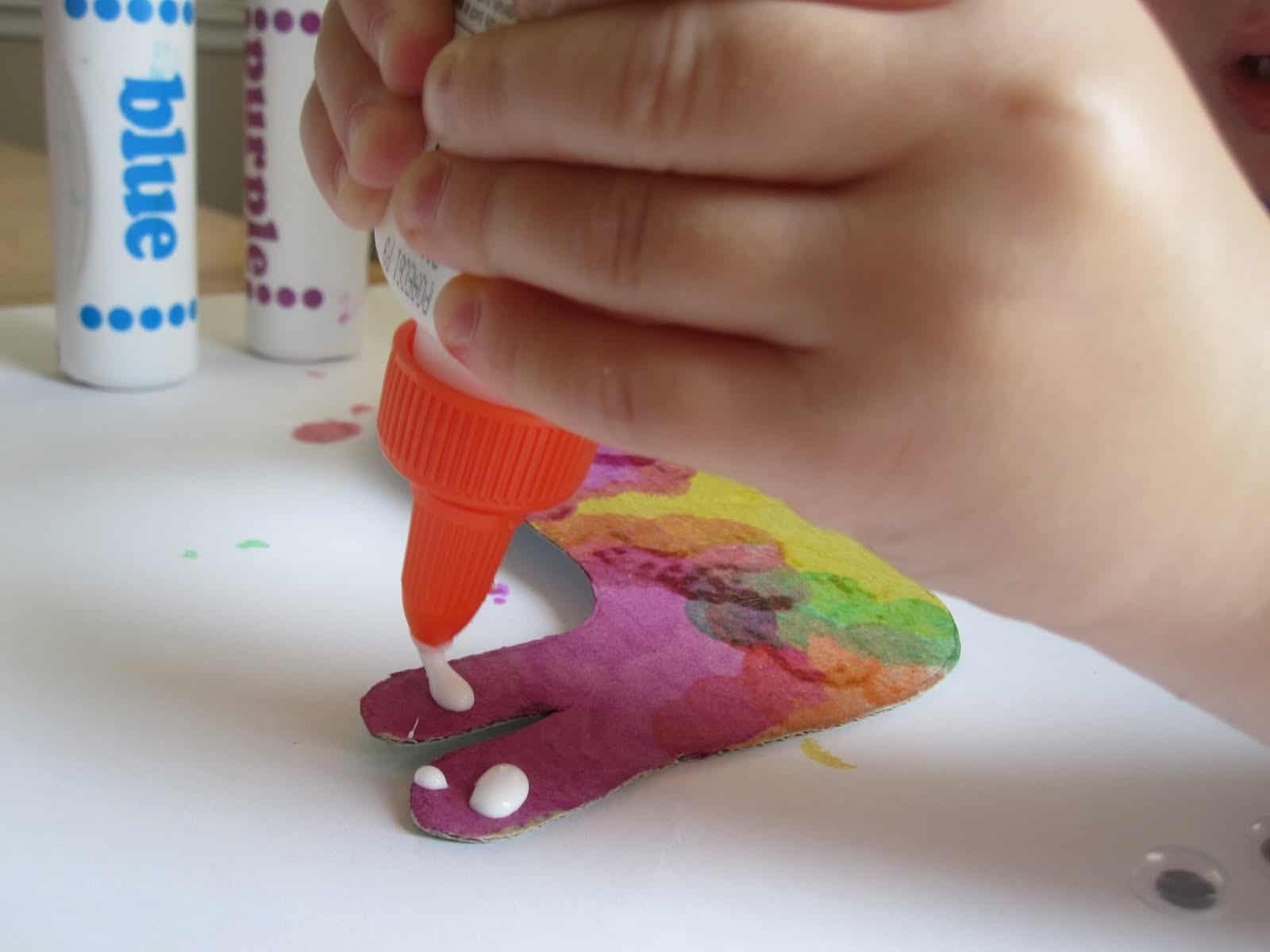 I loved the concentration. Using glue is intense... especially when you have special bottles like I do that decide to not work all of a sudden and you have to squeeze them really hard! 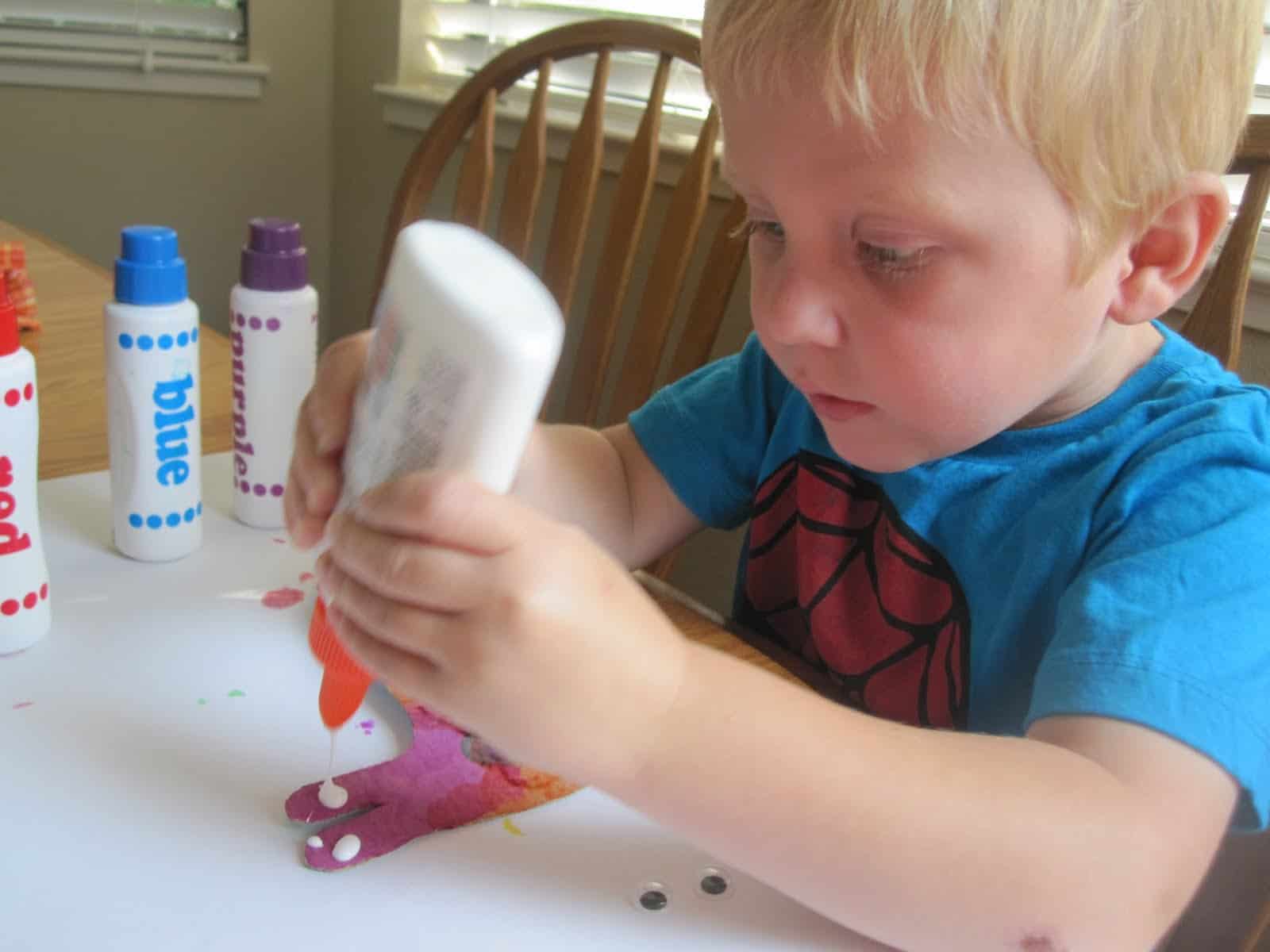 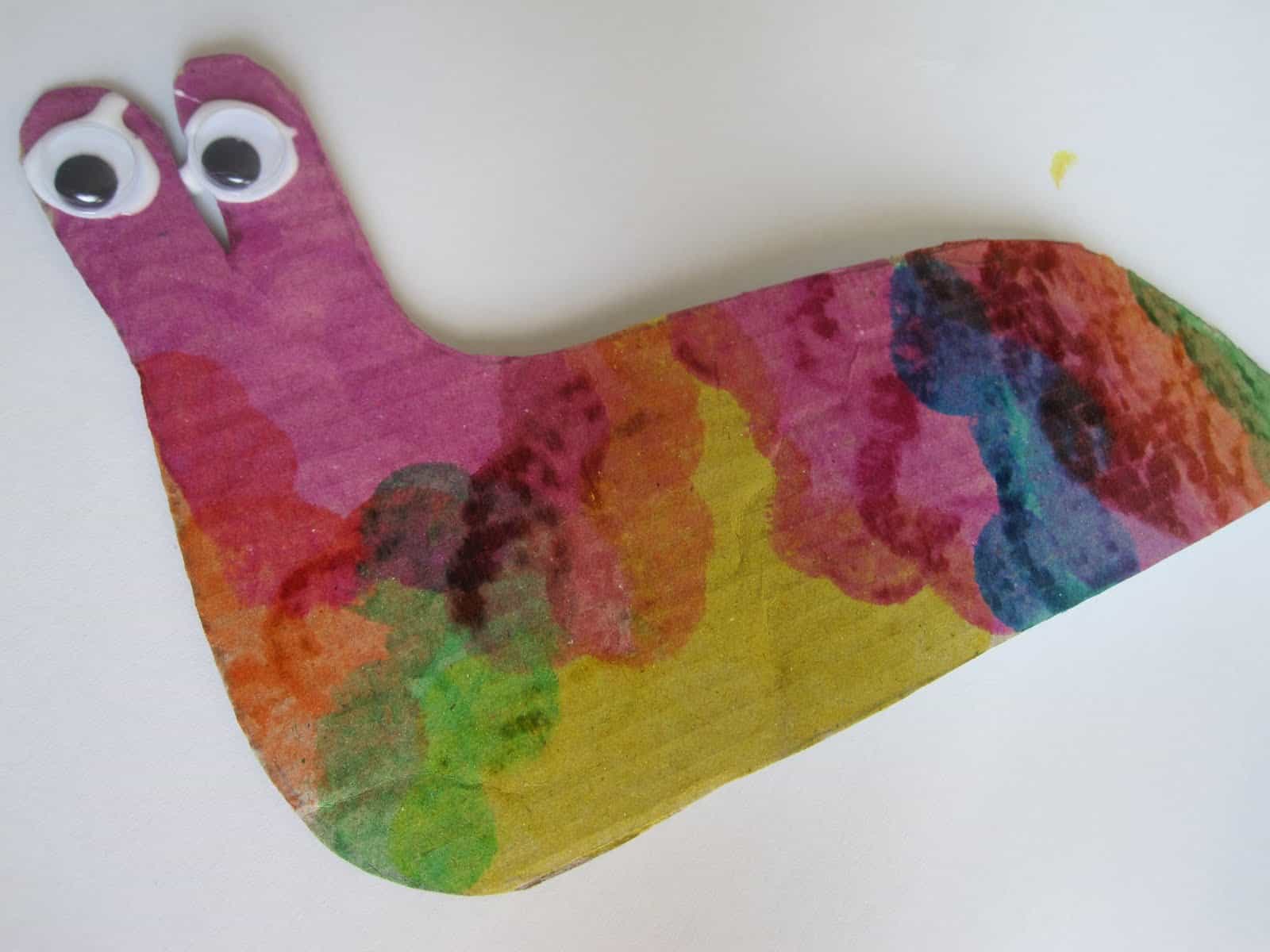 7. Then add some glue to the bottom part of the CD and stick it on to the snail slimey bottom! 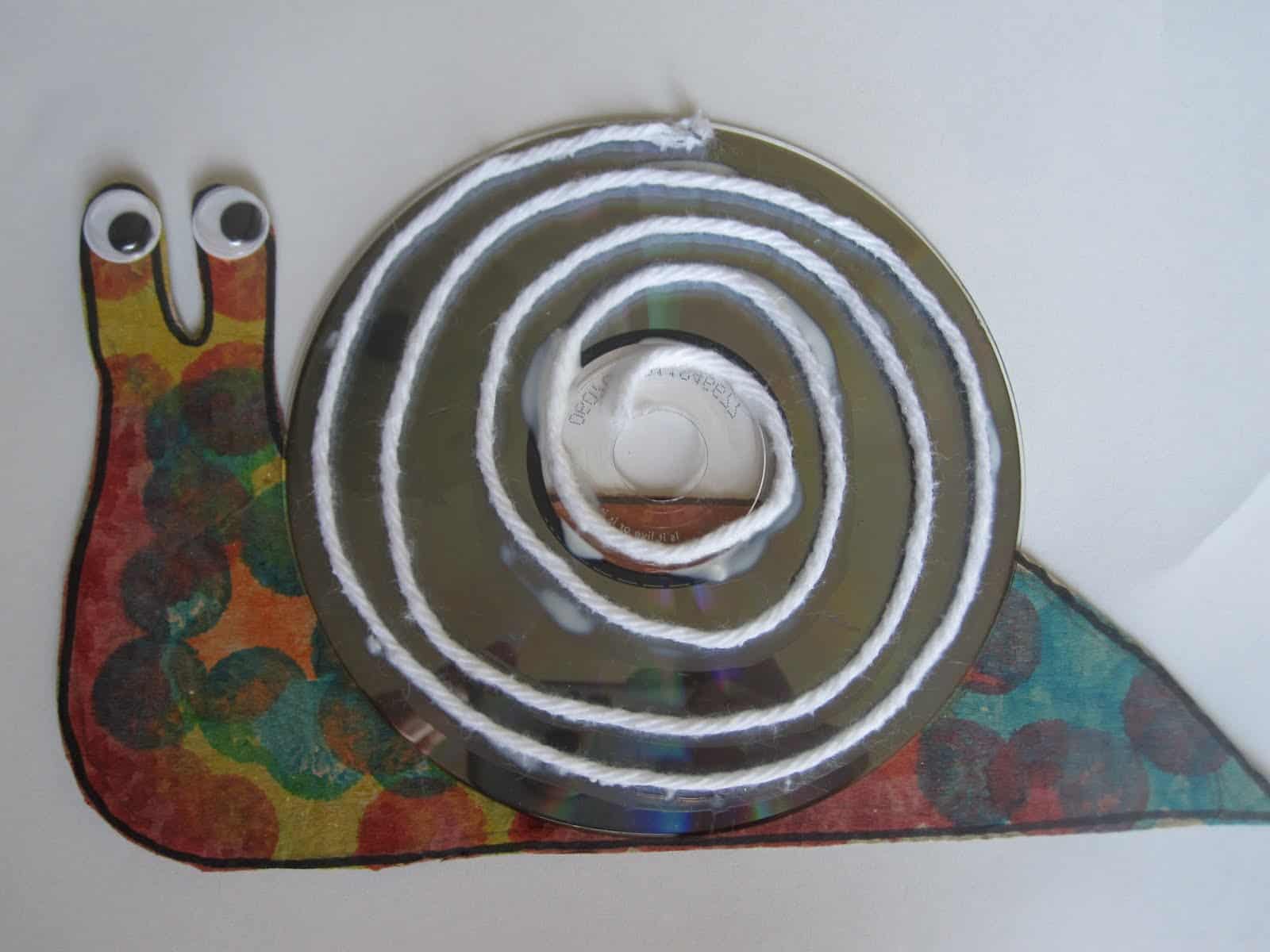 These were so fun to make!! We spent the morning talking about Sissy Snake from our S sound Challenger Preschool song... so snail also starts with S... which made my little guy excited! 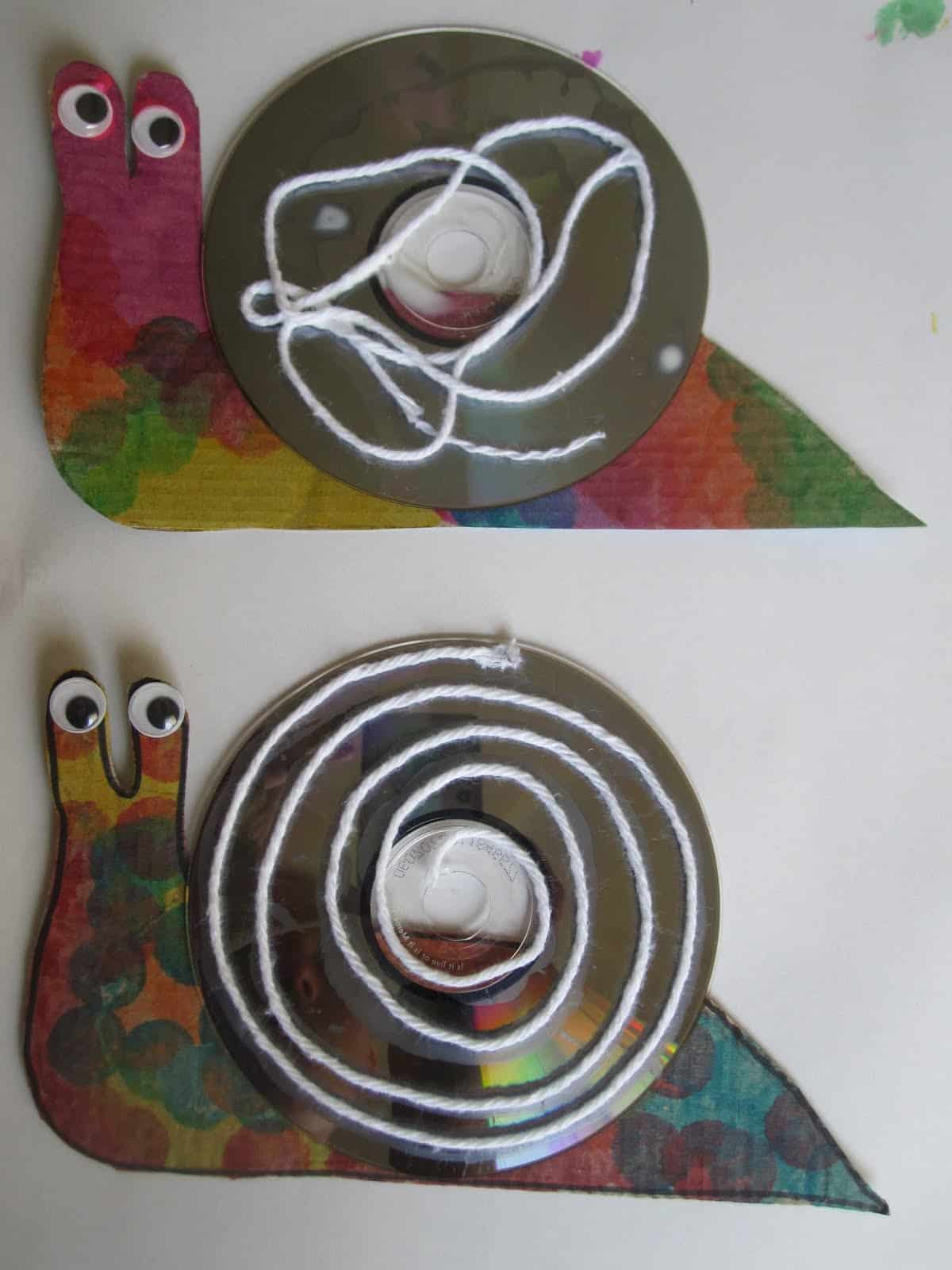 You can find our other two favorite snail activities here. My little guy was OBSESSED with snails last year... but now we've moved on to volcanoes and fire. 🙂

Things to talk about:

- texture words like shiny, smooth, and bumpy (you can touch the CD and look at your reflection as well as touch the CD without the yarn on it... and again once it has yarn on it)

- colors (this projects involves tons of colors... and the CDs change colors, so talk about them!)

- what you are doing with the yarn and what shapes you are creating (I created a spiral... my son's was more like a mountain or volcano of yarn... either way, talk about it, describe what you did, and make connections to things that are familiar to your child)

I'm heading over to link this post up to Getting Messy with Miss Jessi's Trashy Tuesday post from last week.