We did this problem solving quilt activity along with our Little People quilt math the other day. At first I was just going to have it be a little craft project where my little guy glued squares everywhere... but he seemed really interested in moving the squares around... so I turned this into an activity instead. Some day we might glue them down. 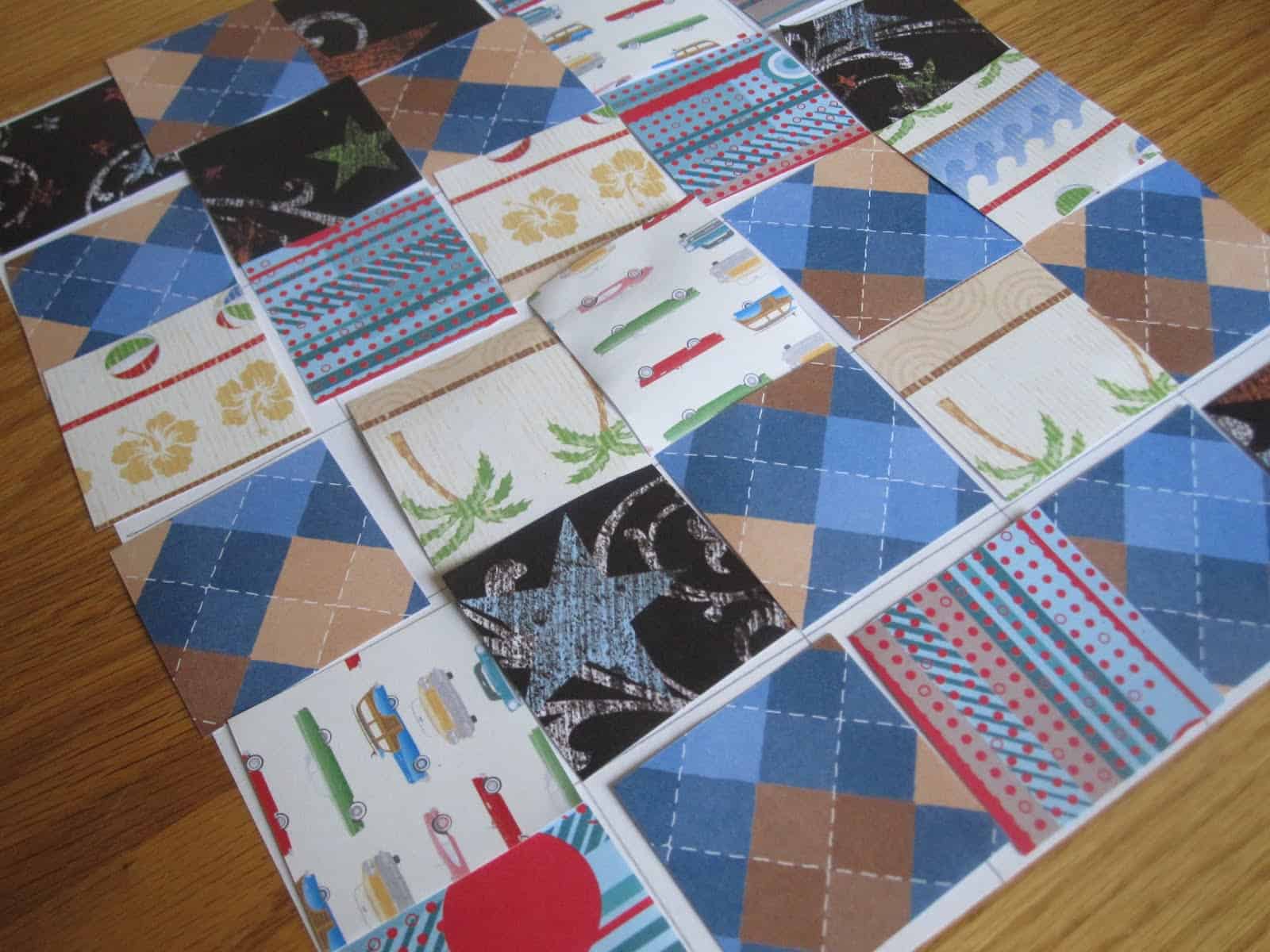 - Large rectangle (we used poster paper and made it 10X12)

1. We started off by cutting up the squares. My little guy went through all of my scrapbook paper (I have a lot because I don't scrapbook and it rarely gets used... but I am obsessed with buying it). He chose several papers that he liked and we used them.

Choosing paper ended up being a great way to focus on using descriptive language, expanding sentences, and having my little guy give me specific details. Before we could decide to use a particular paper he had to explain why and tell me about the paper and what his favorite parts were. 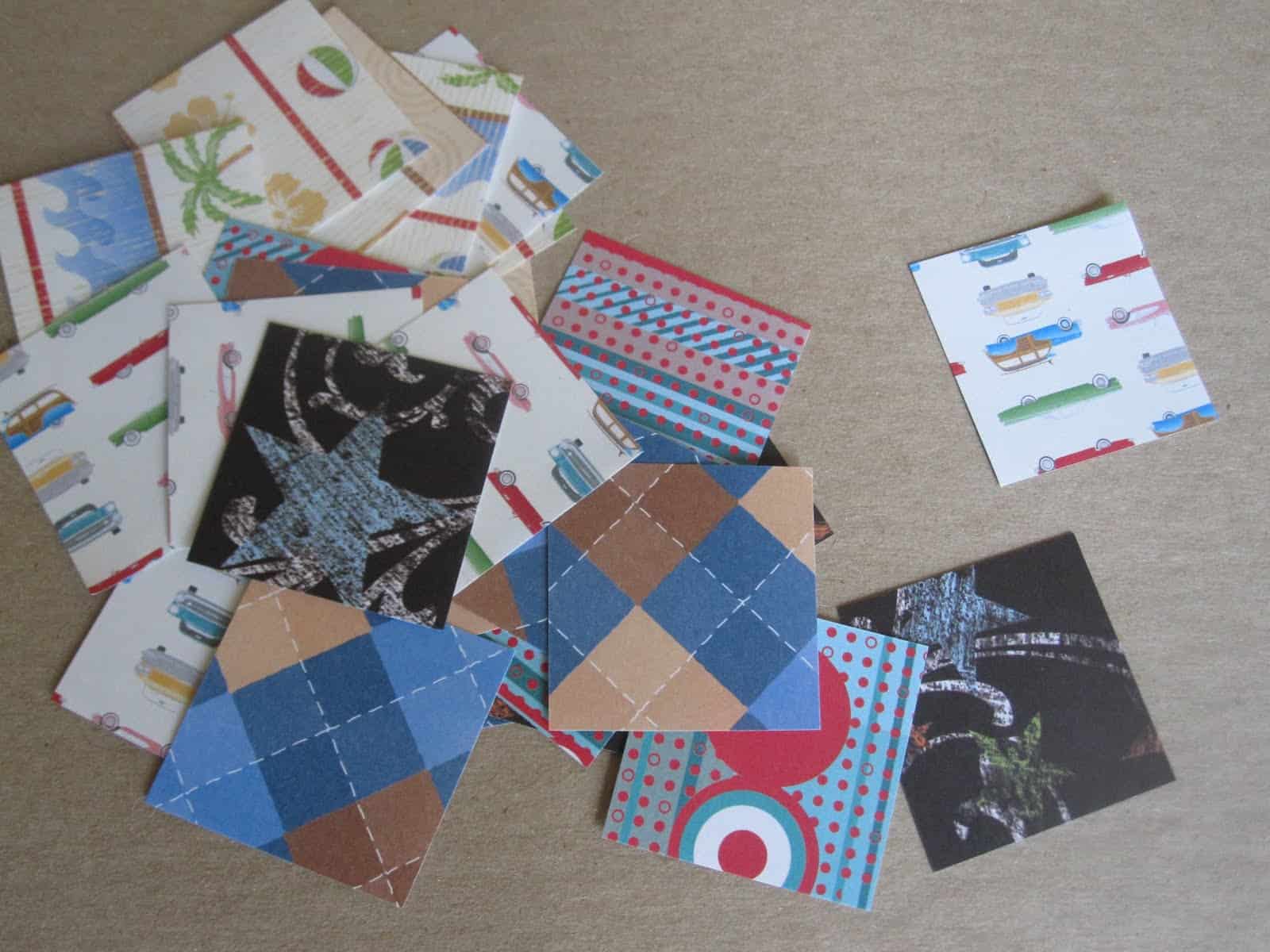 2. Next we drew a grid on our large poster paper to create lots of 2X2 squares. 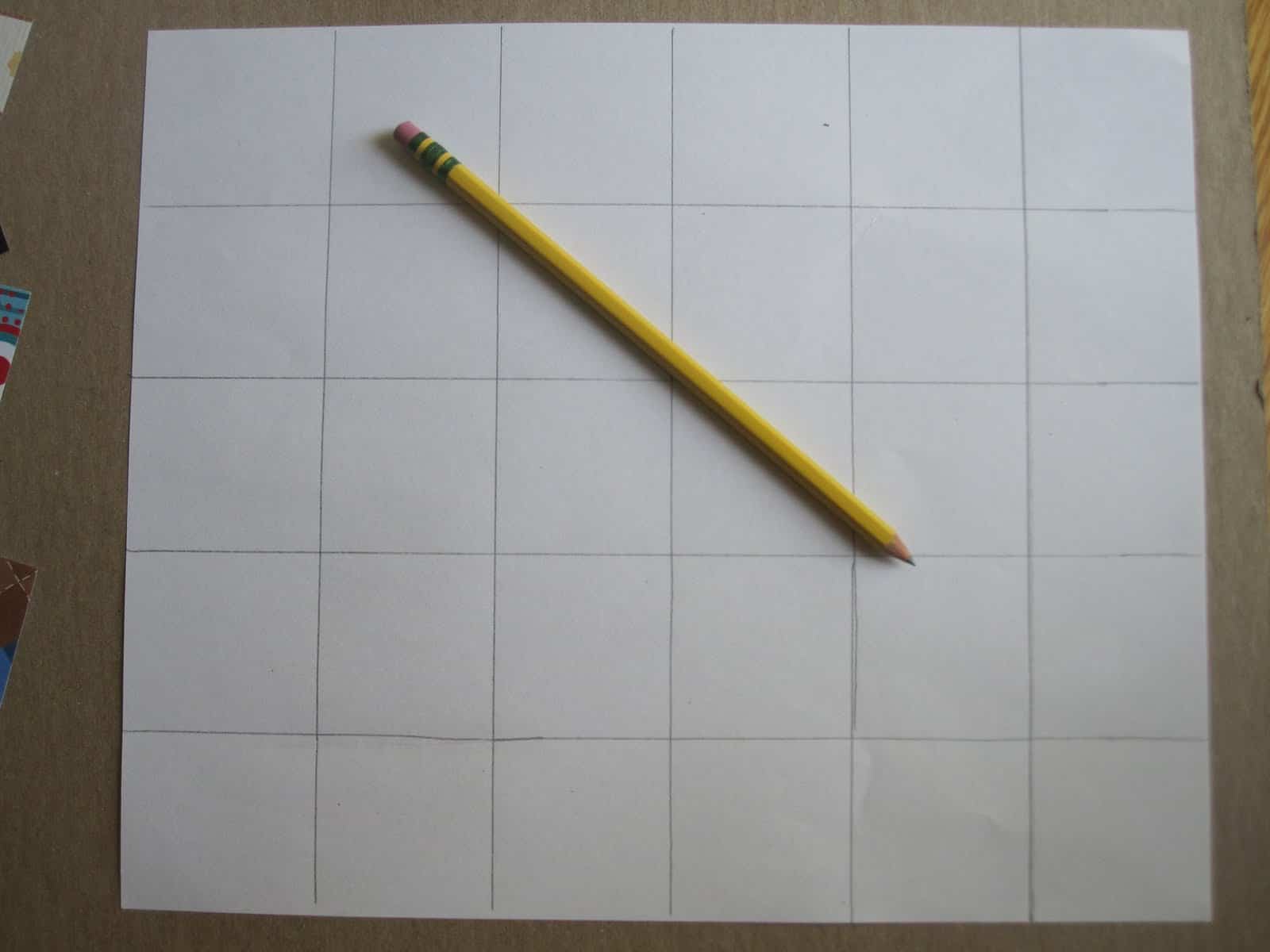 3. Then my little guy sorted all of the squares into piles that were the same. 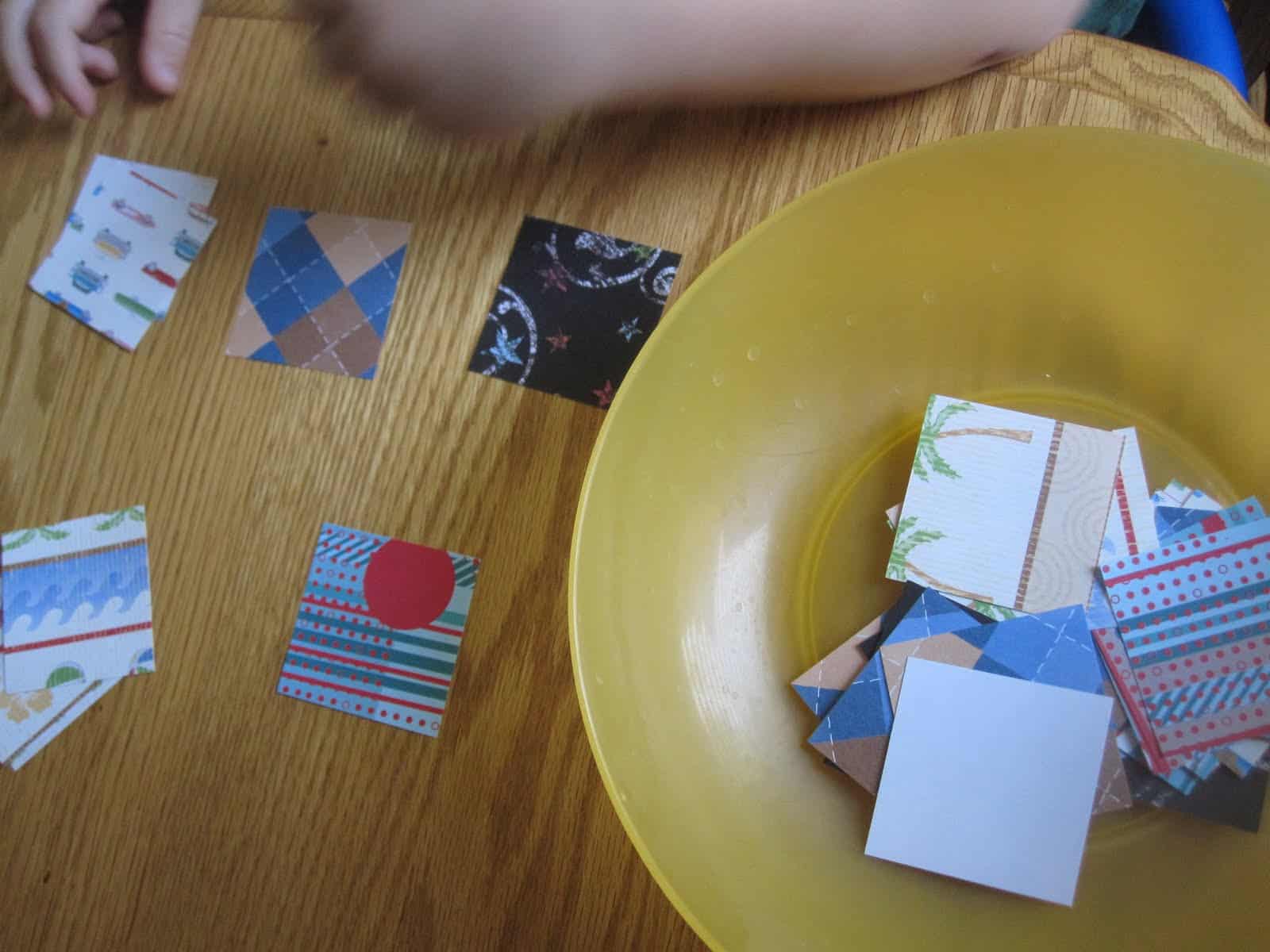 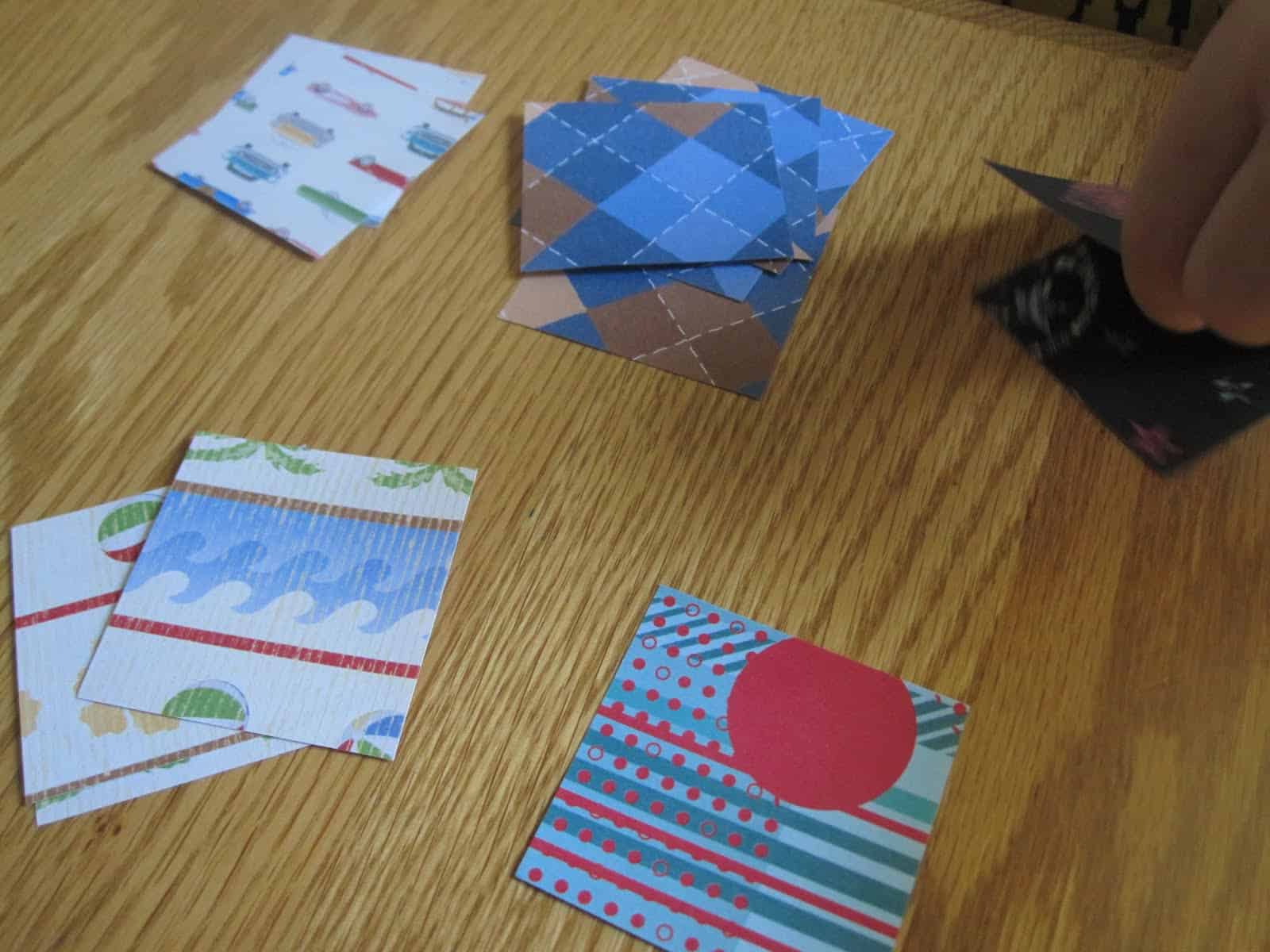 4. Then I told him he could start creating his quilt. To start I gave him one rule.

Rule One: Squares that match cannot touch. (Hope that makes sense? ex. the car paper can't touch the other car paper on any sides... although diagonal was OK) 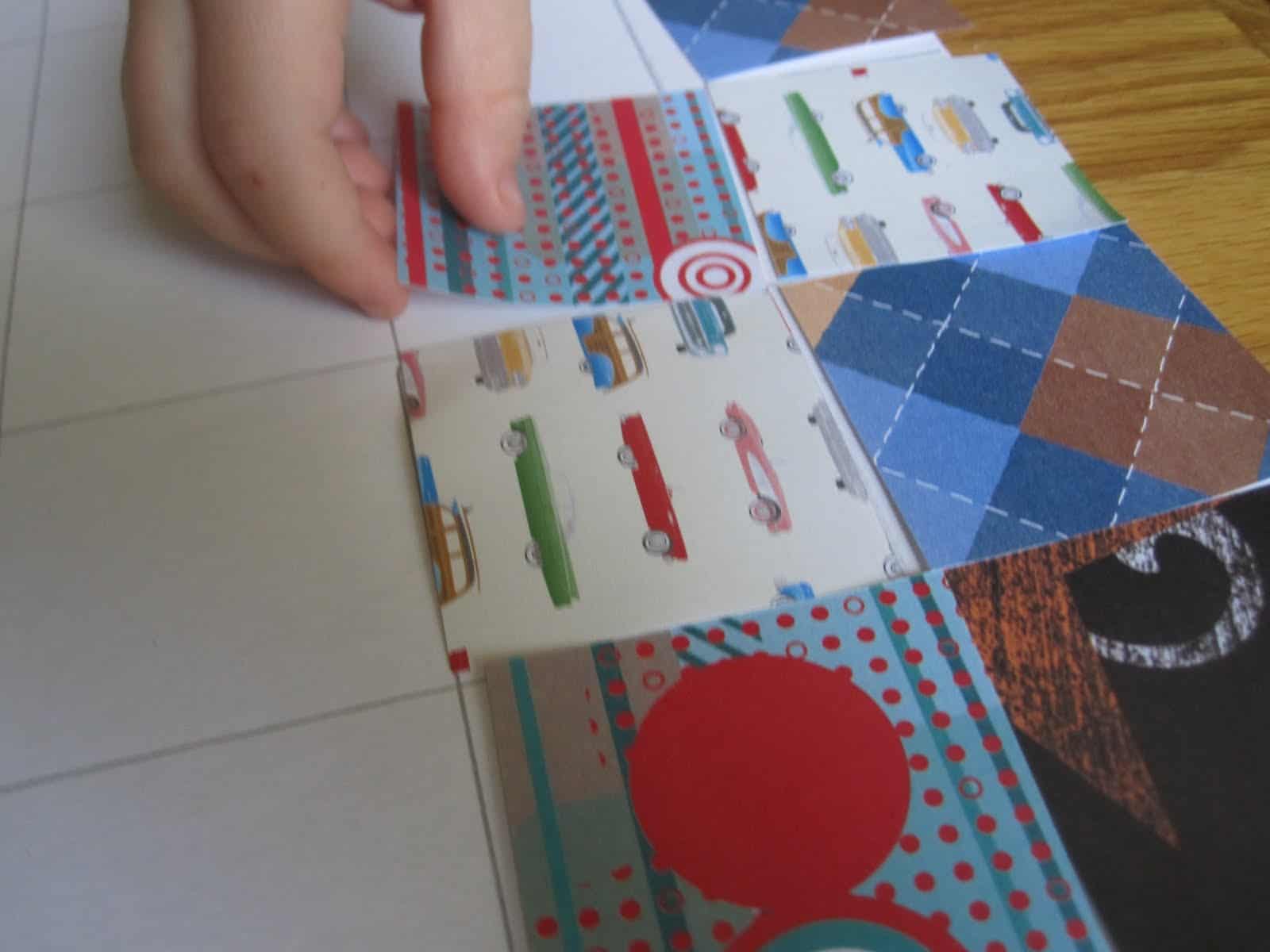 It was fascinating to watch his mind word. 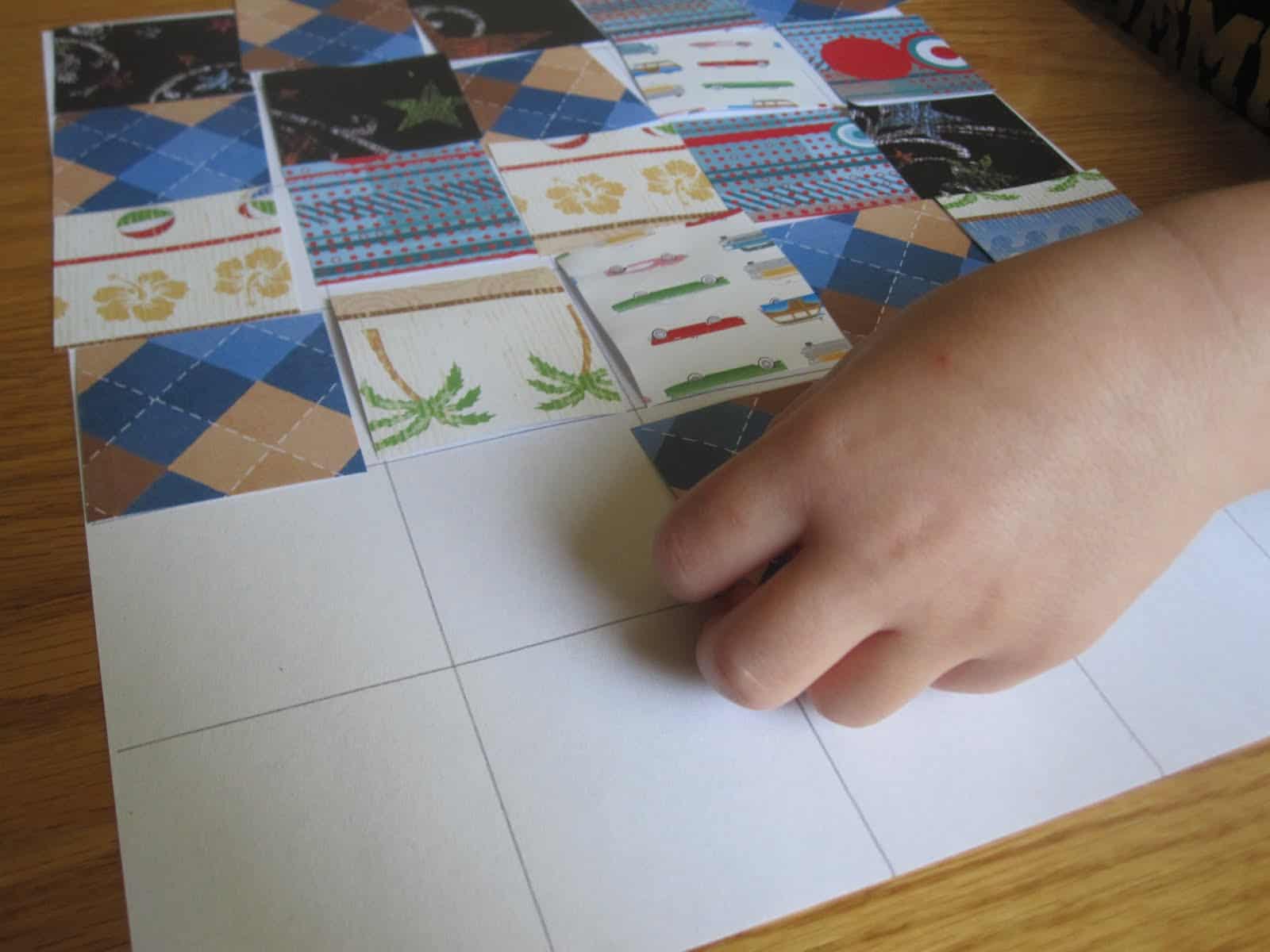 As we tried this activity again and again, we changed the rules.

Ex. Rule 2: You have to use one of every square in each line. 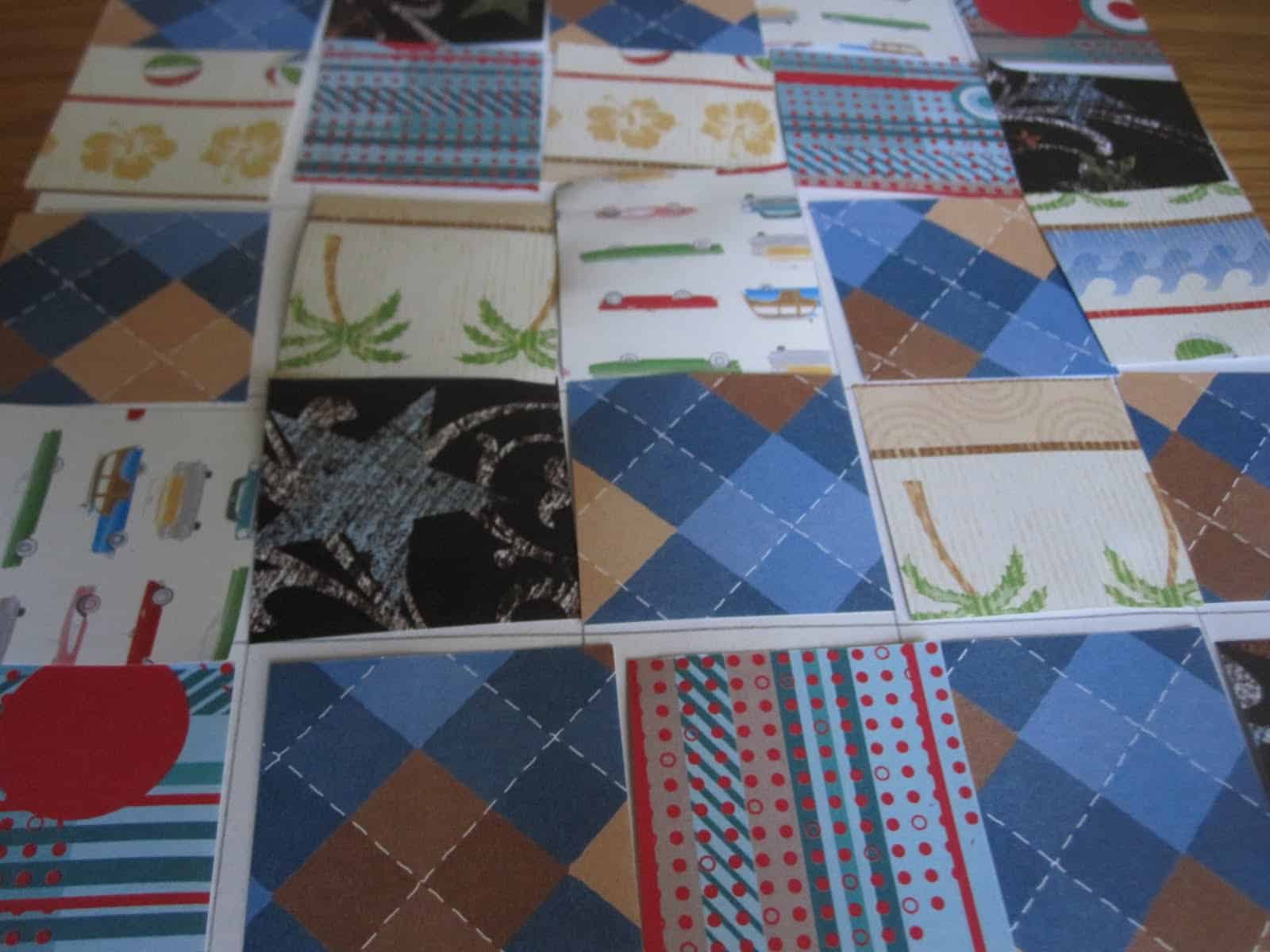 I thought this would be a pretty quick activity, but it lasted a long time because my son was so interested in organizing the squares the "right way" following the rules. He loved to try and negotiate with me regarding my definition of "touching," which was why I conceded and let touching each other at a diagonal be OK. 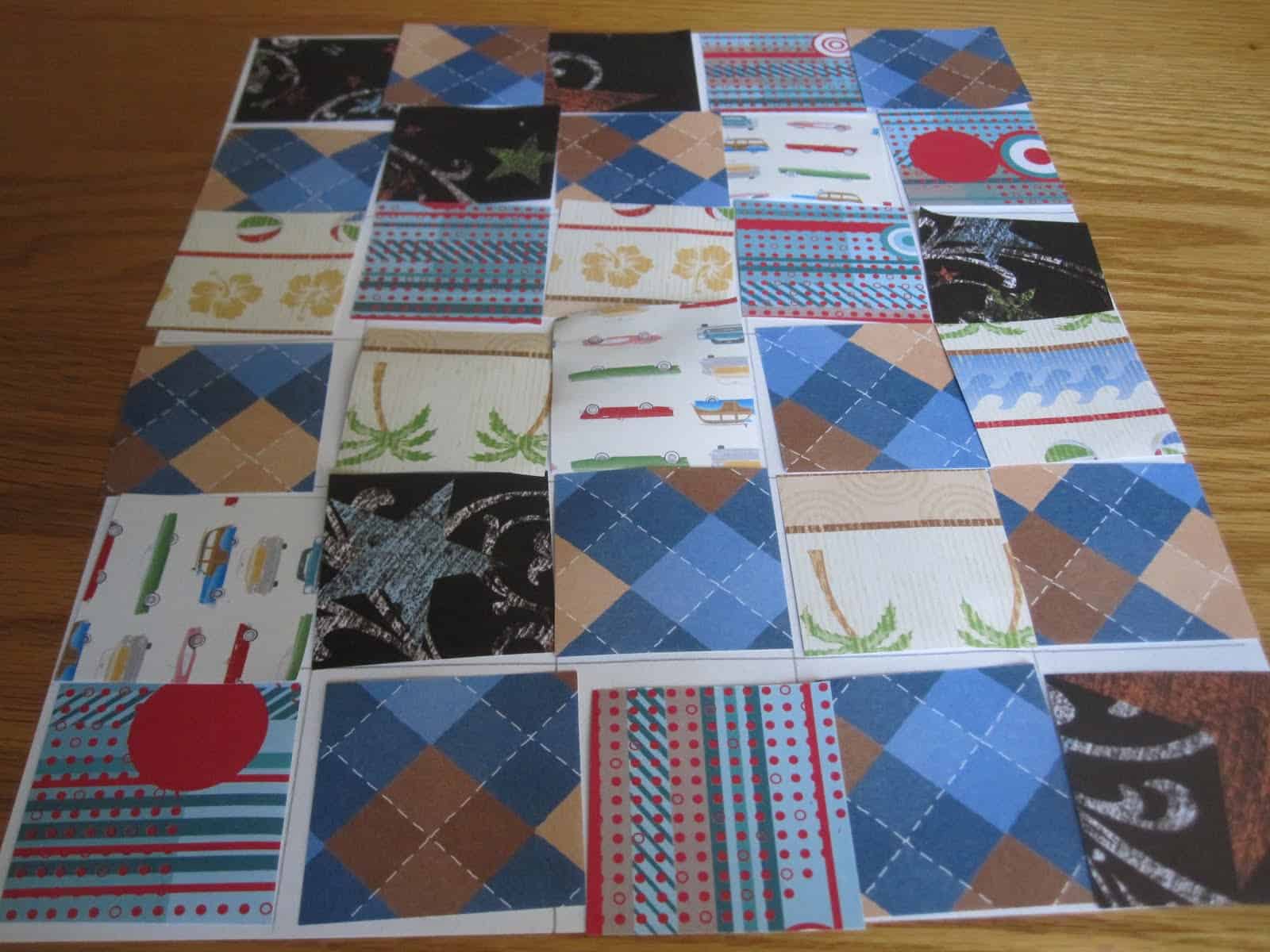 The next part of this that isn't done yet (because I can't find my stapler or hole puncher), is that we are making a giant stuffed Baby Llama to lie underneath this little quilt when it is done... so maybe we'll actually finish it soon?

Problem solving in simple situations like this helps kids develop patience and curiosity, along with the development of thinking skills such as flexibility. This was also a great fine motor skills activity since picking up the thin paper and manipulating it was tricky.

I was actually surprised an activity that I deemed kind of hard and uninteresting, was actually quite a hit. I think mostly because my son is really interested in rules right now.