Have you read Llama Llama Red Pajama by Anne Dewdney yet? Did you know that on October 6, 2011 more than 2 million people will read this book as part of Jumpstart's Read for the Record... and call for an end to America's early education achievement gap? I didn't... until I started getting emails last March from librarians across the country asking for copies of my materials from this Llama Mama Matching Pajama post... so that they could try it on October 6th. I was totally flattered! 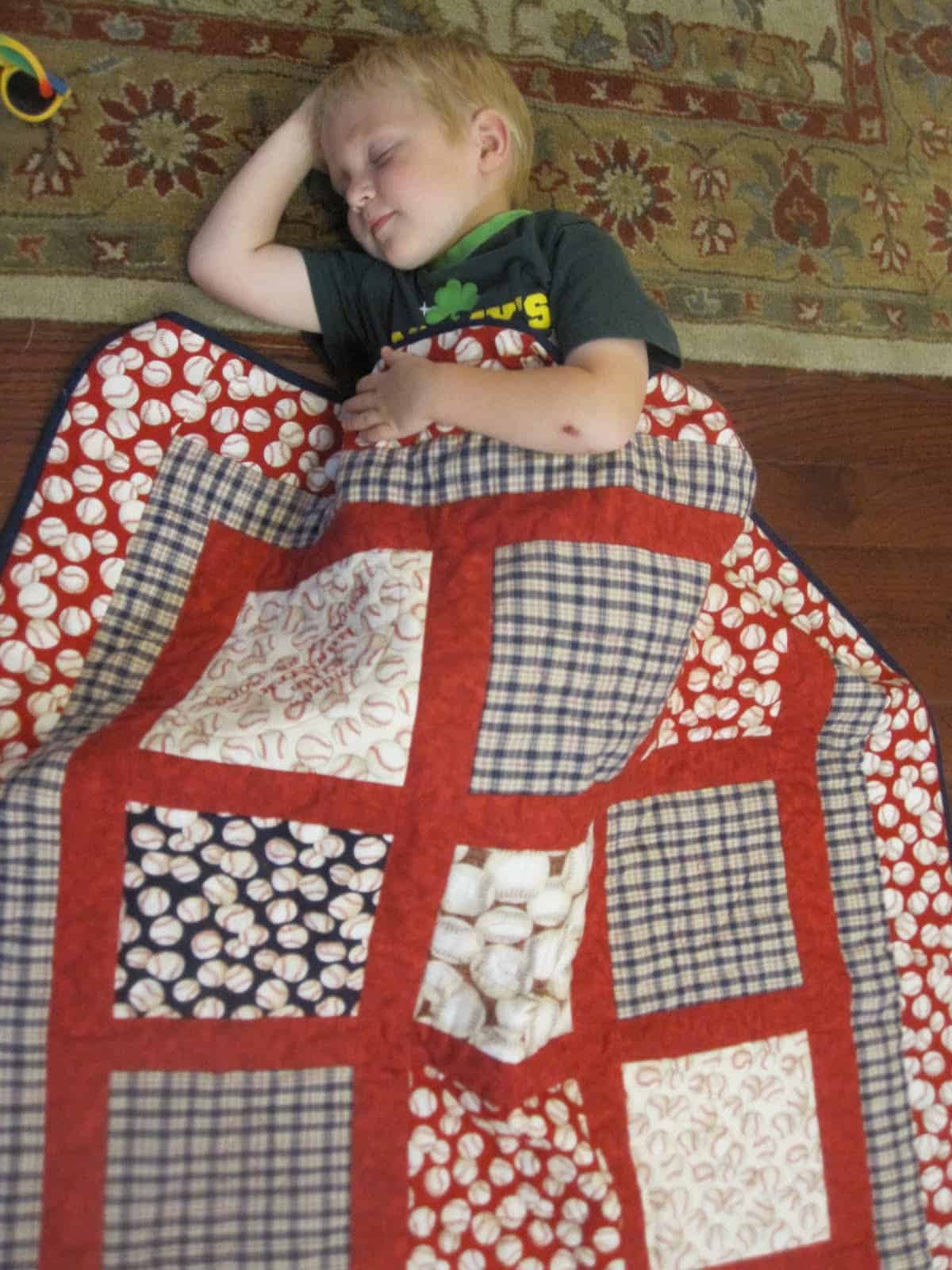 Meanwhile... we still love Llama Llama Red Pajama... and a read it a lot, but this week we discovered something new- Baby Llama was sleeping under a patchwork quilt! We love it, so we dug out our favorite quilts and played a little peek-a-boo. 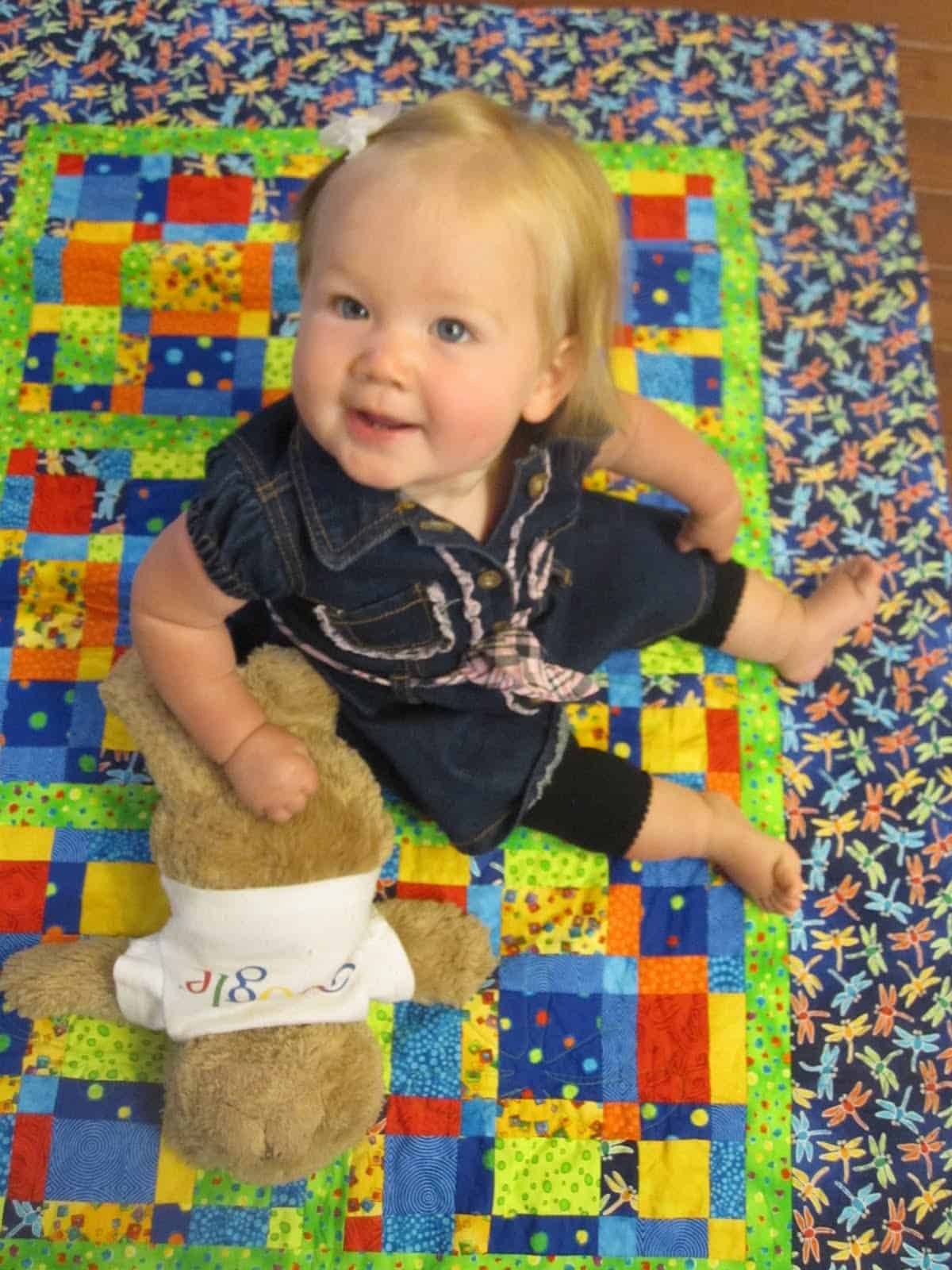 Then we grabbed our big basket of Little People and laid out our favorite transportation themed quilt (created by my Aunt Laurel). 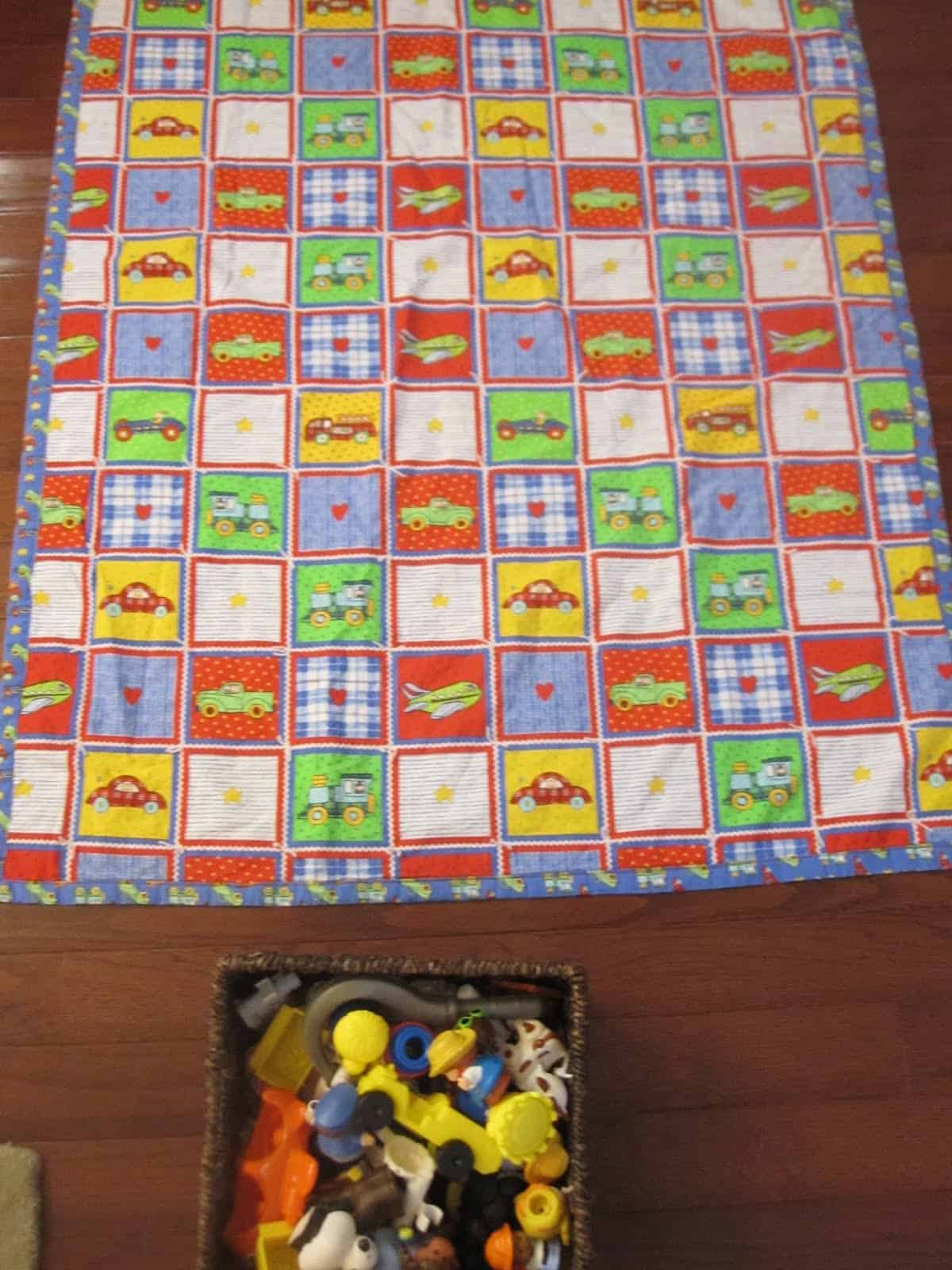 We noticed a lot going on on the quilt. There were stars, hearts, airplanes, trains, old cars, race cars, etc. So we started off by picking our favorite picture- the train.

My little guy put a little person on each train square. 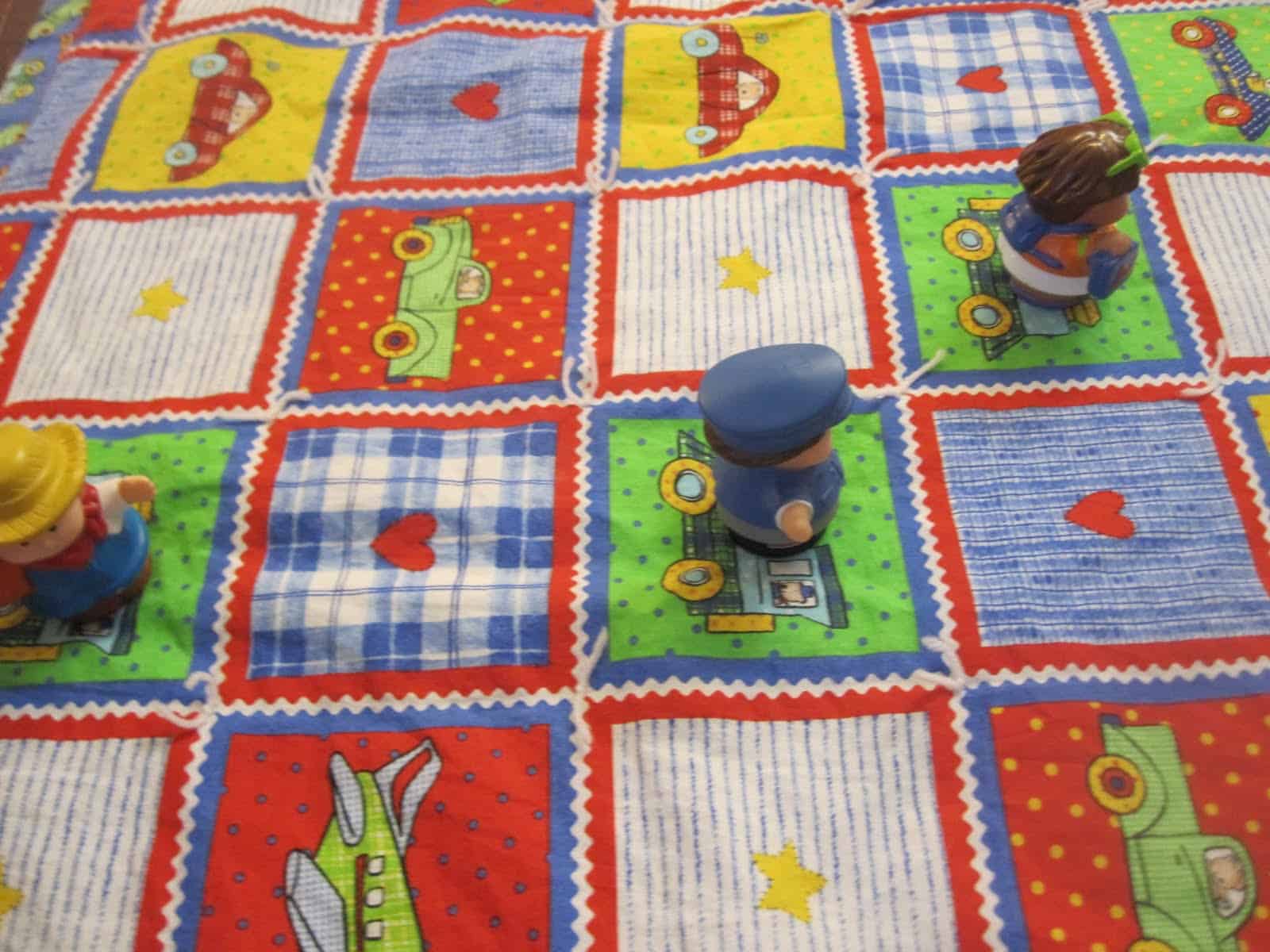 Once we found every train square... we counted up all of the Little People on those squares and tallied them up. Then we wrote them down on our quilt tally page. 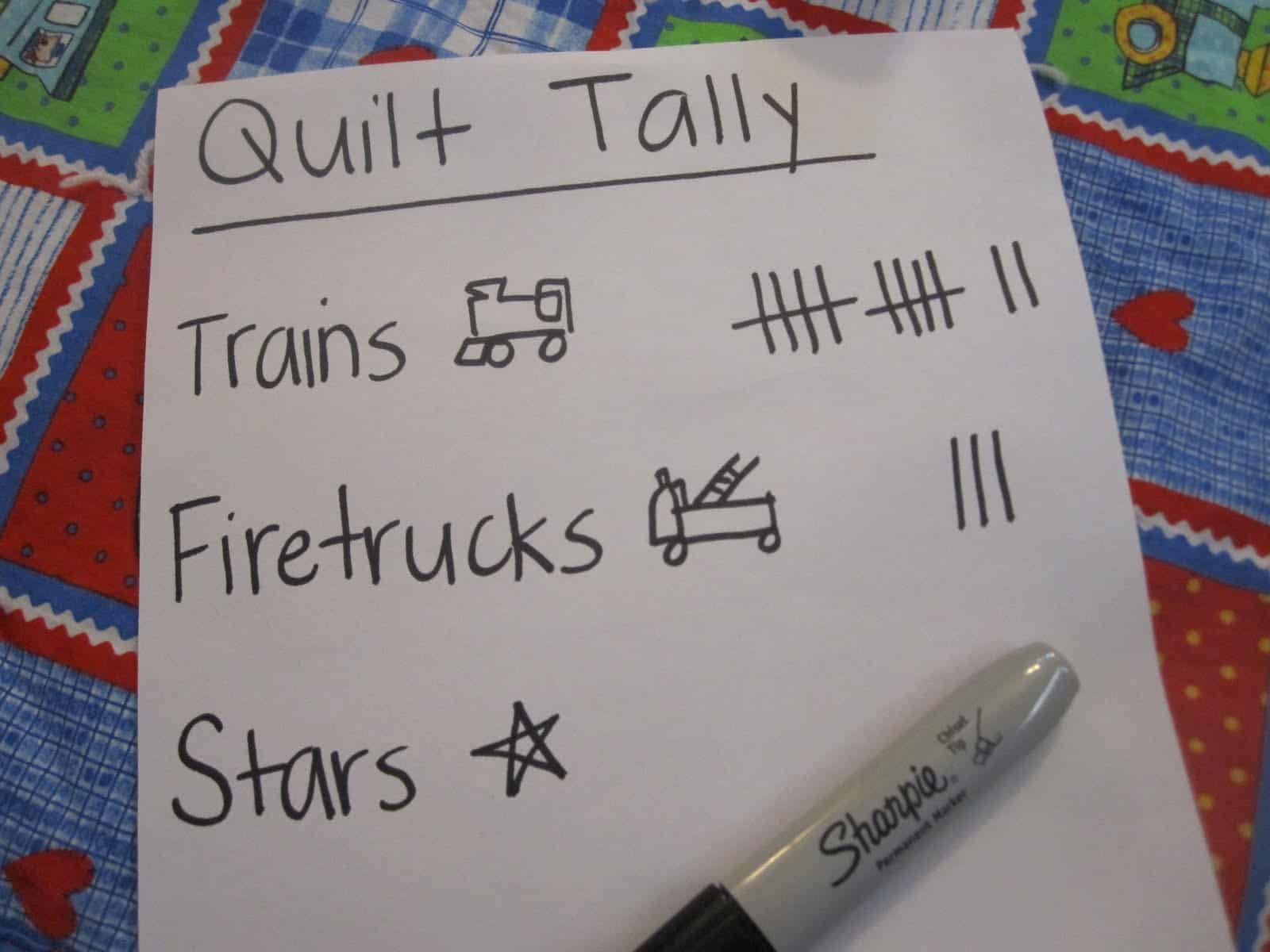 Once we finished one group, the quilt was picked up and shaken while my little guy yelled EARTHQUAKE!!! Those poor Little People!

Then we moved on to the next picture- firetrucks. 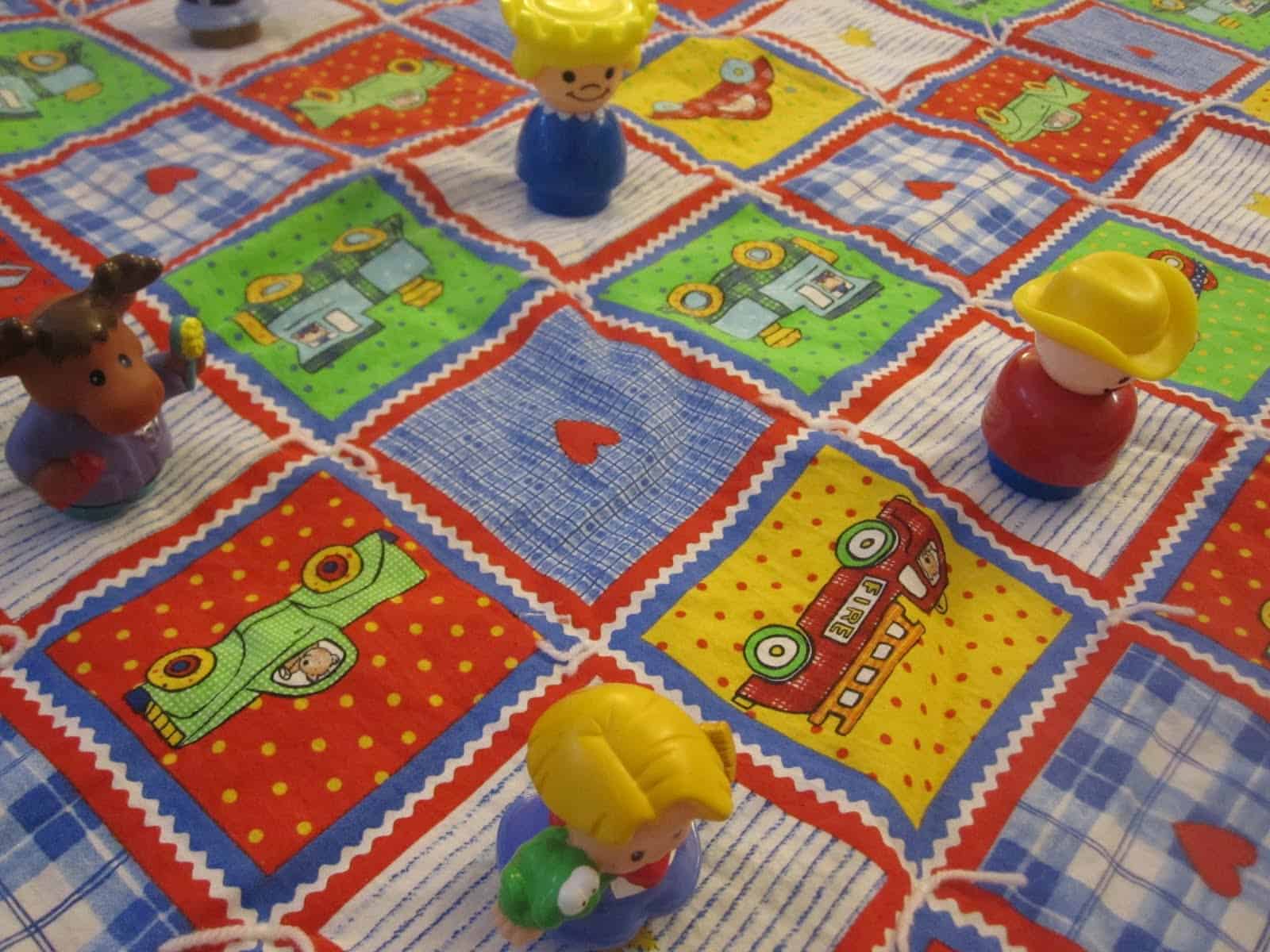 By the end of the activity we had lots of tallies and we were able to talk about which picture was seen most/least often on the quilt. It is actually amazing how many observations can be made when looking at a simple quilt. We made simple observations about colors, shapes, sizes, wheels, patterns, etc.

(In this picture he was Mama Llama reading to Baby Llama) 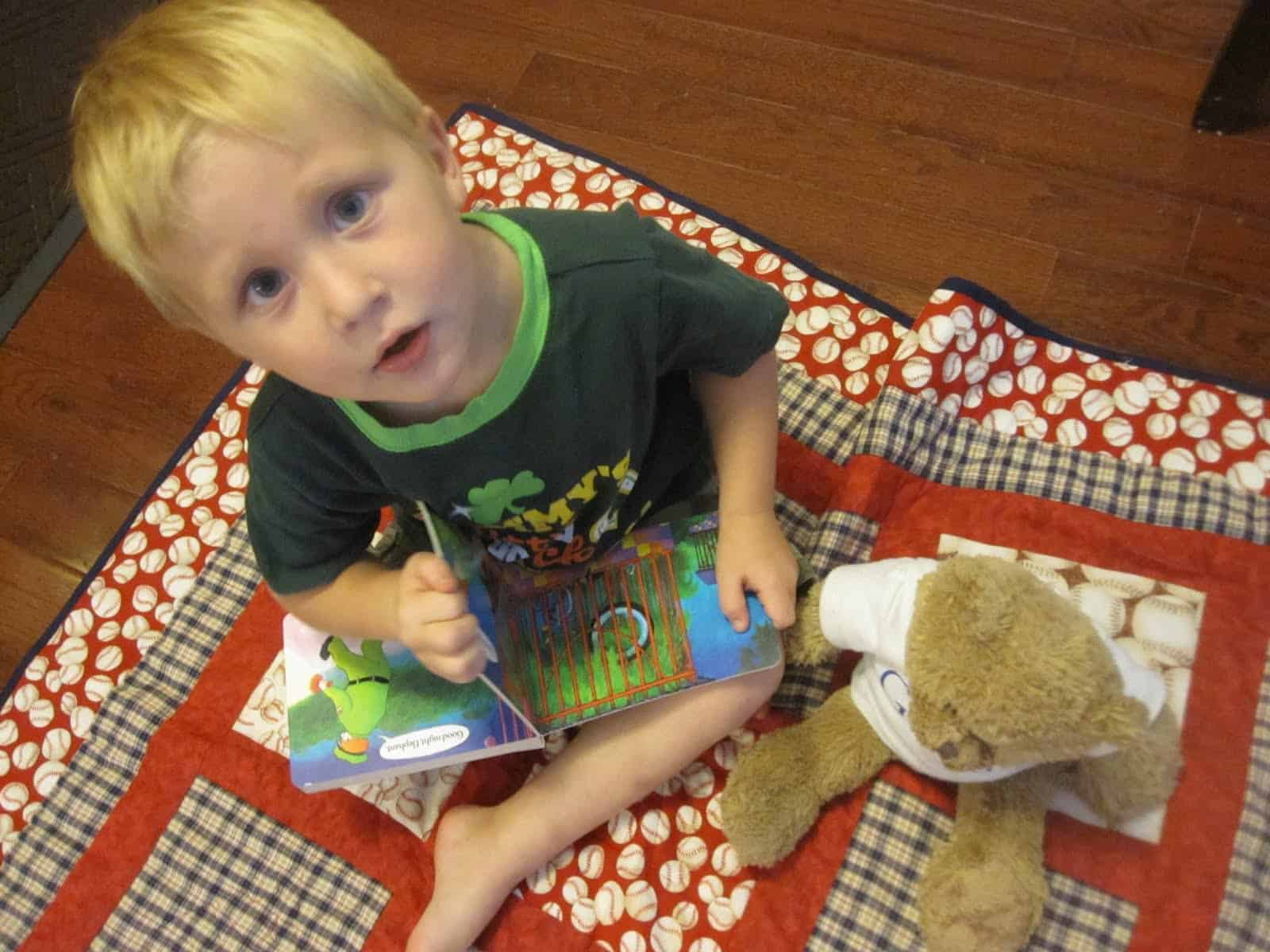 Man was I glad when Mama Llama came back upstairs!! 😉

Some skills we worked on during this lesson included: