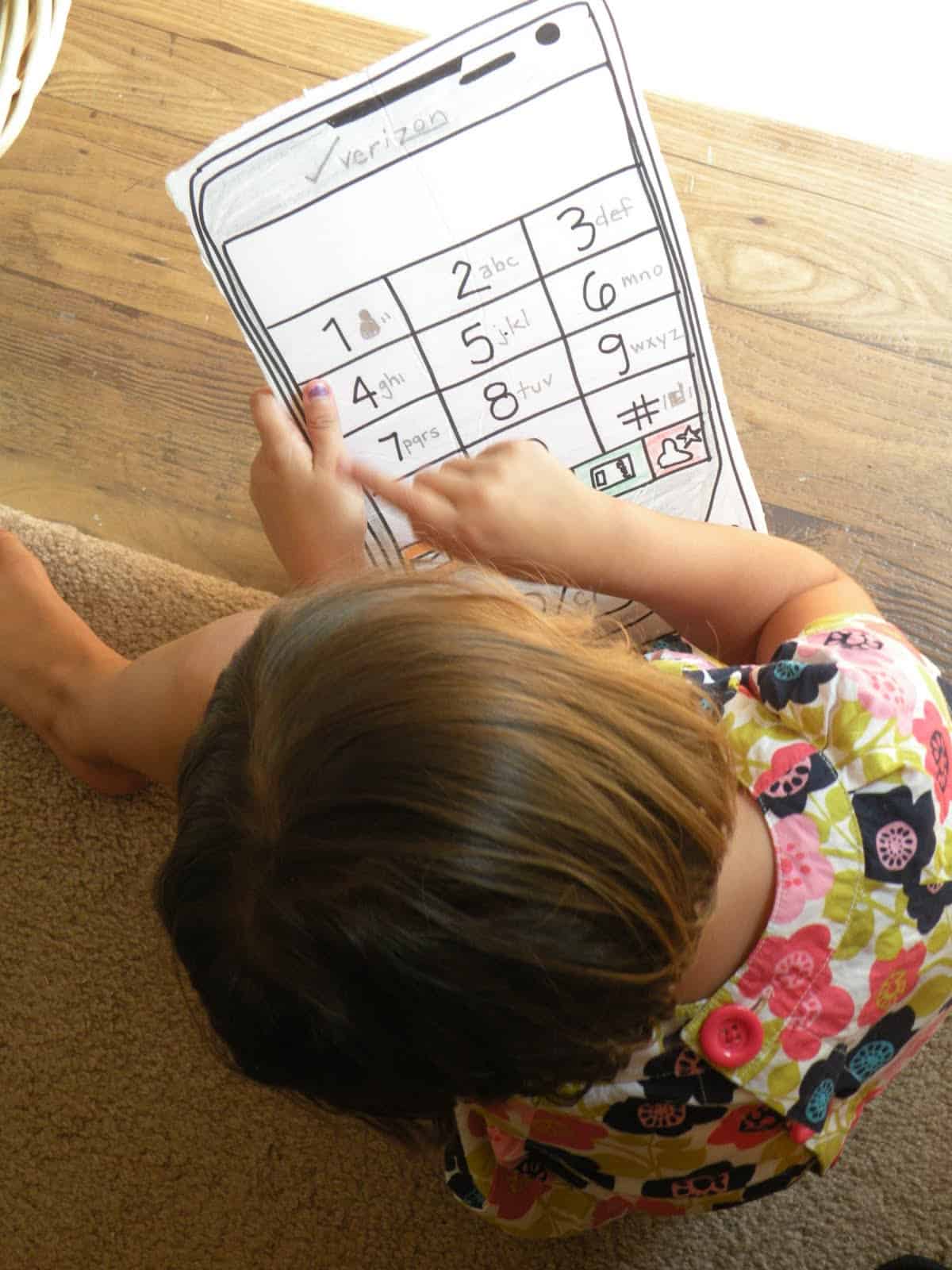 We were speaking with an educator about the kindergarten screening and she asked my daughter if she knew her phone number.  Honestly, I hadn't thought about her needing to know it until this situation, and with the invention of cell phones - I wonder how many of us actually know one quarter of the phone numbers in our contact list?!

We don't have a landline, but my daughter is very capable with my cell phone and can easily open up my contact list - find and call her dad, grandparents, aunts and friends without any help from me.  However the above mentioned conversation reminded me that in an emergency she wouldn't necessarily have my phone to use or wouldn't know how to call me.

With some extra foam board I had, I drew and cut out a large replica of my cell phone, and we not only worked on memorizing a few important phone numbers, but practiced going through the steps of which buttons to push.  I made a phone list with pictures of important people and had her write in the numbers. We were also sure to talk about when it is appropriate to dial 911, and had her try out the same numbers on her dad's cell phone (which is completely different from mine).

Since then, I've been looking for other ways to help her memorize phone numbers (and have made an effort to memorize some myself, as I think I only knew the numbers of 4 of my contacts).  Below are a few other things that we're hoping to try:

-DialSafe App - this FREE app helps children learn important numbers as well as teaches how to use phones (review found on iHeartThisApp).

-Make a "big" game of it - ToddlerToddler has an activity which includes big printables of the numbers on the keypad which you place on the floor and have them step on/push with their hands as you practice phone numbers - another variation they suggest is giving each number a certain sound/animal noise.

What are some fun activities/methods you've used to help your child memorize phone numbers?  How many people could you call from your cell without using your contact list?