Yesterday we worked on beginning sounds as part of our "Mommy Preschool" time. We started off the session with an informal assessment of what letter names/sounds my son knew (using our visual and auditory alphabet cards). 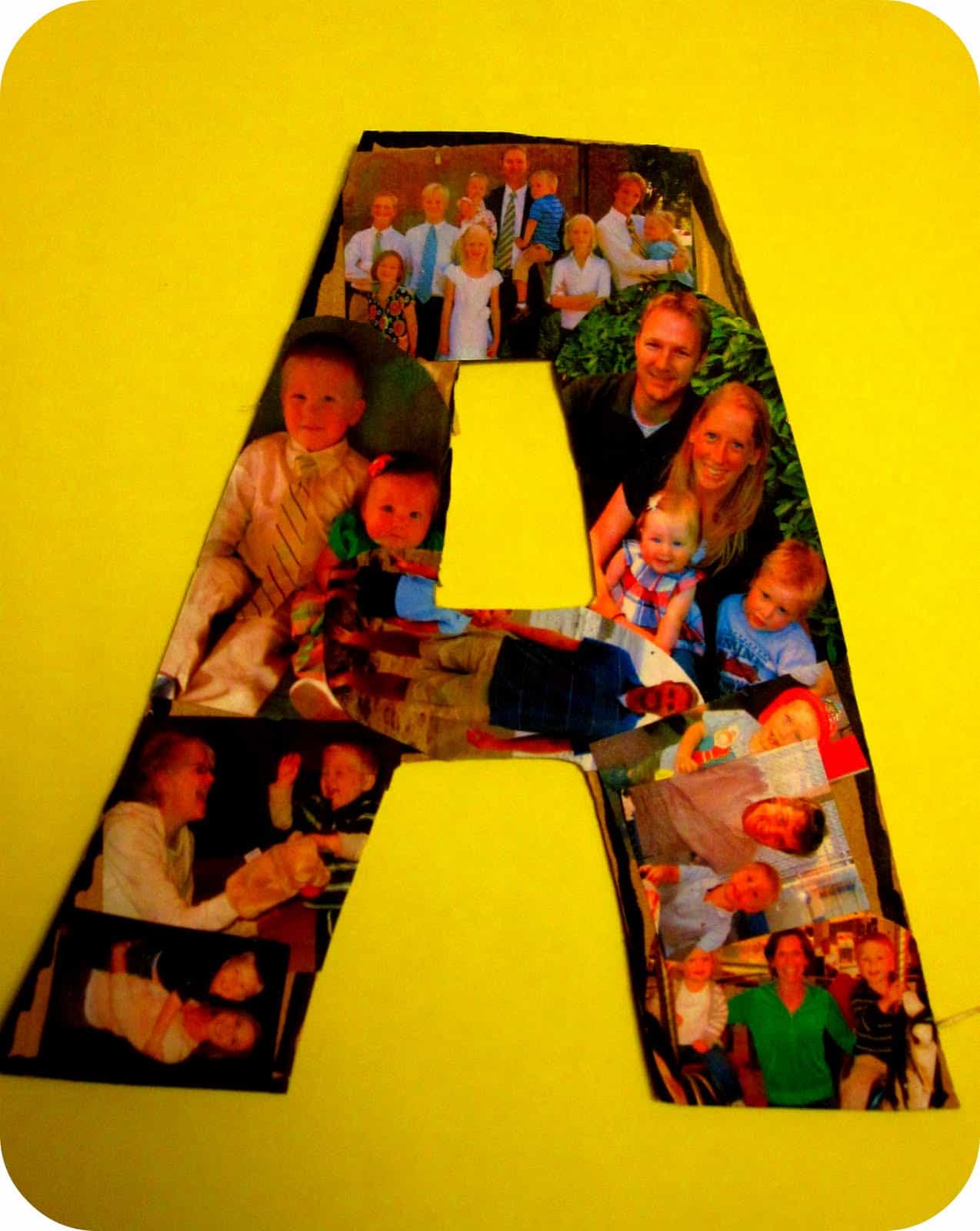 Next we created some picture cards portraying objects around our house and we talked about what letter and sound each word started with. For example, one picture was of a bucket... so my little guy said the word started with the letter b and made the /b/ sound.

We ended the activity by creating a photo collage. My son was really excited about the letter A because it is at the beginning of his name... so that was the first letter we talked about. He wanted to add some pictures into his project... so that is how this photo collage idea came about.

Materials: cardboard sheet (ours was a cut up Lego box), photos printed out, Sharpie, Elmers glue, and scissors.

1. Draw the letter onto the cardboard. Make it thick. 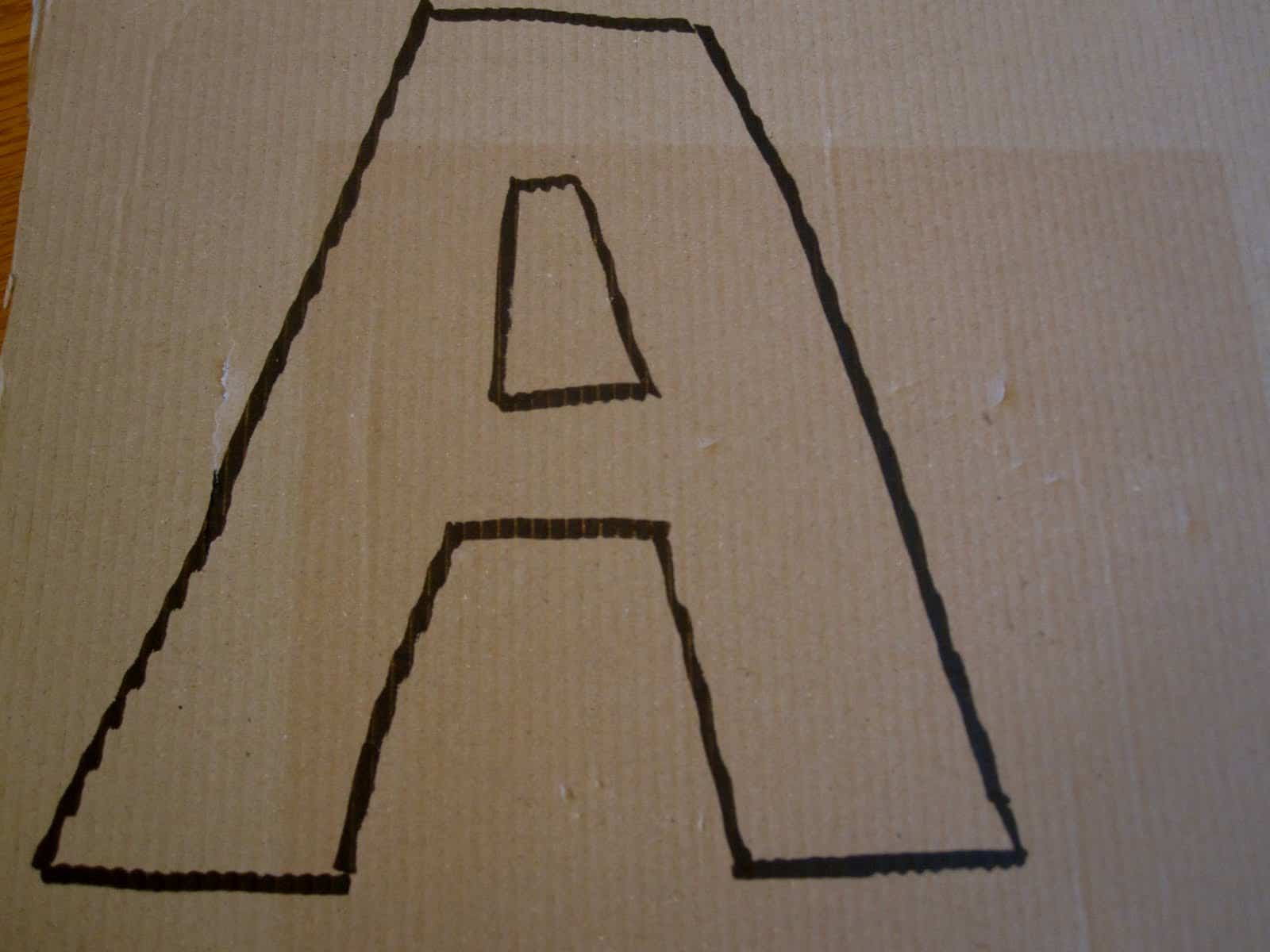 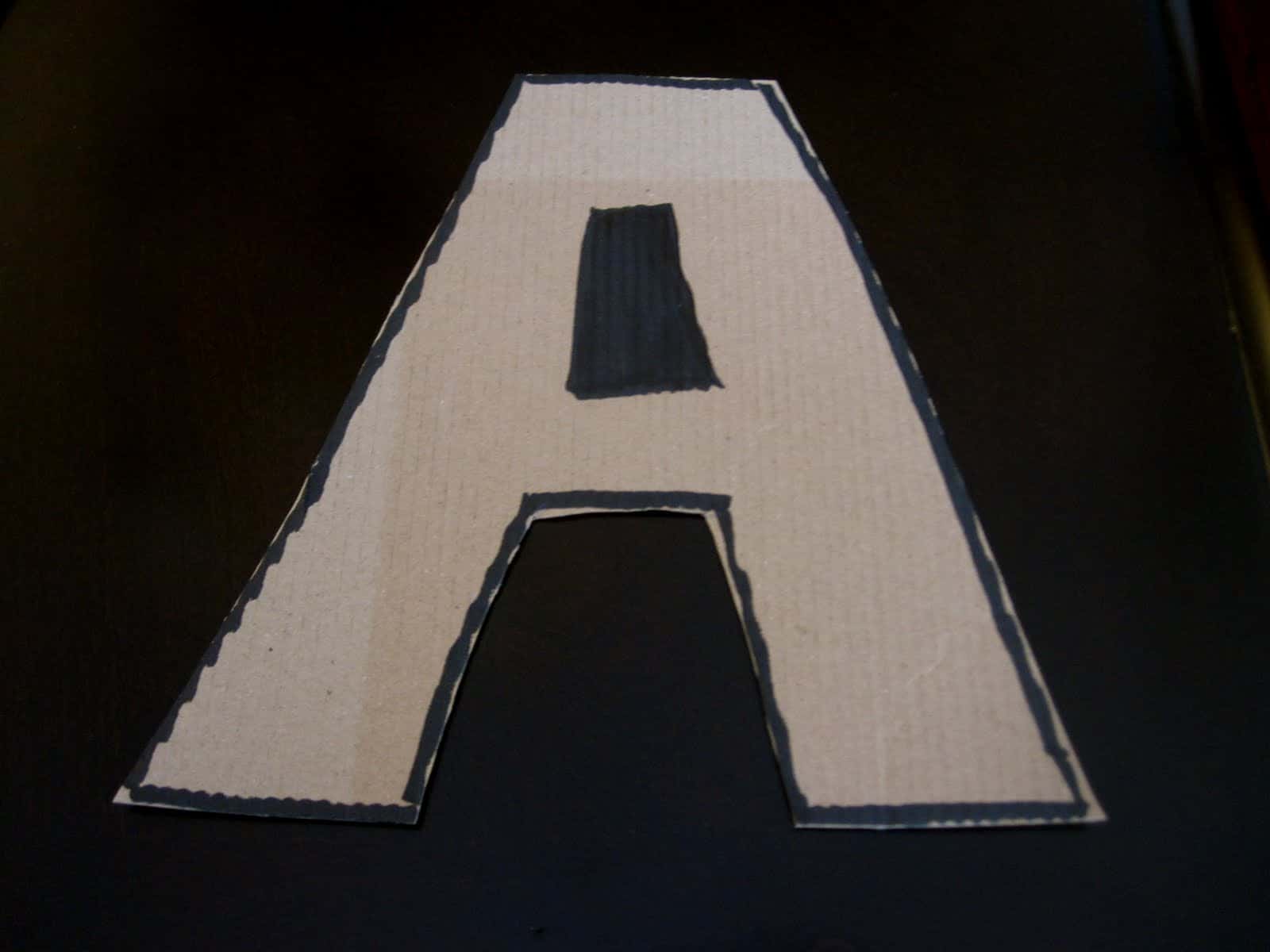 3. Cut out your photos and lay them out close to your letter. 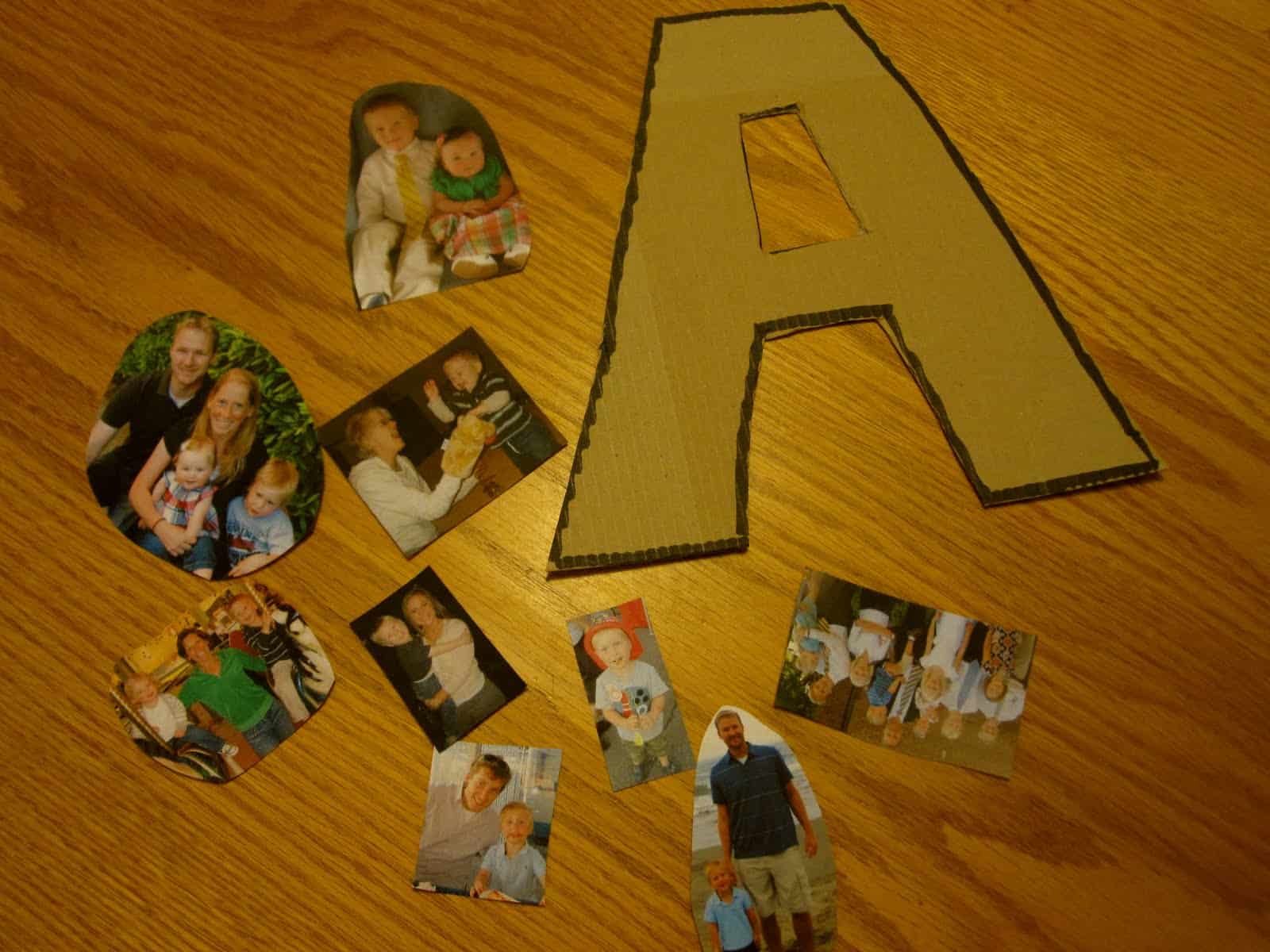 4. Add lots of glue and then use your fingers to rub it everywhere. 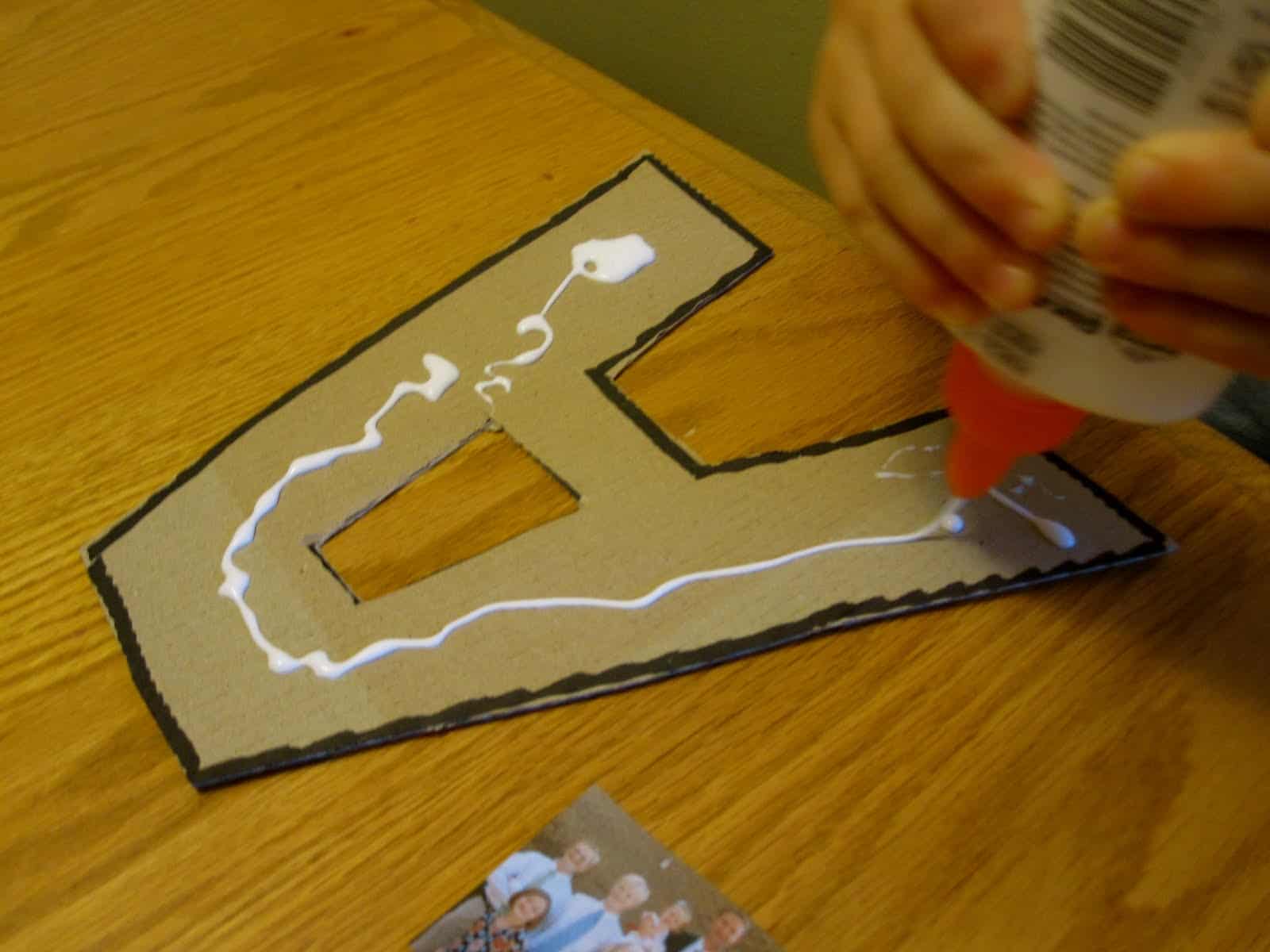 5. Place the pictures onto the letter (image side up). 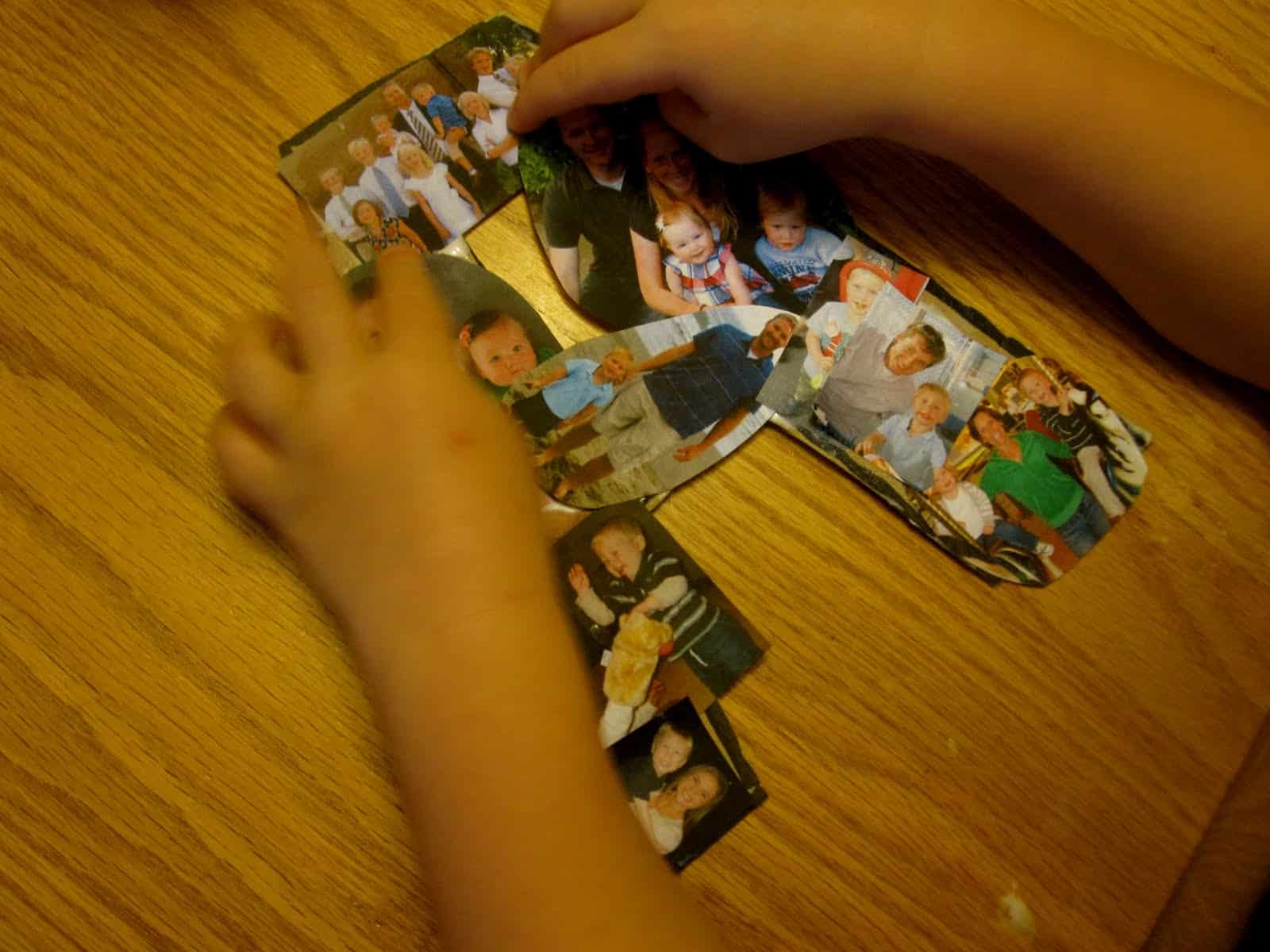 6. Let it dry and then trim the edges.

You could do these for each child in your home or classroom. This was a great language activity because not only were we talking about my son's name and beginning letters/sounds, but we were also talking about the people in each image and what was going on! We talked about where each picture was taken, what we remember about that day, and who was in each photo. My son also mentioned his feelings while he was creating- "I miss my Grandpa... I want to ride on his golf cart again."

This was a fabulous activity for fostering spontaneous conversation and allowing my son to share a bit about his favorite people! What other photo collages have you done?