Whenever we do simple ABC tasks I like to tap into my son's current interests because he tends to be more motivated to do it. He's been loving his stomp rocket for the past few days... so we did some blasting off when we talked about beginning sounds. 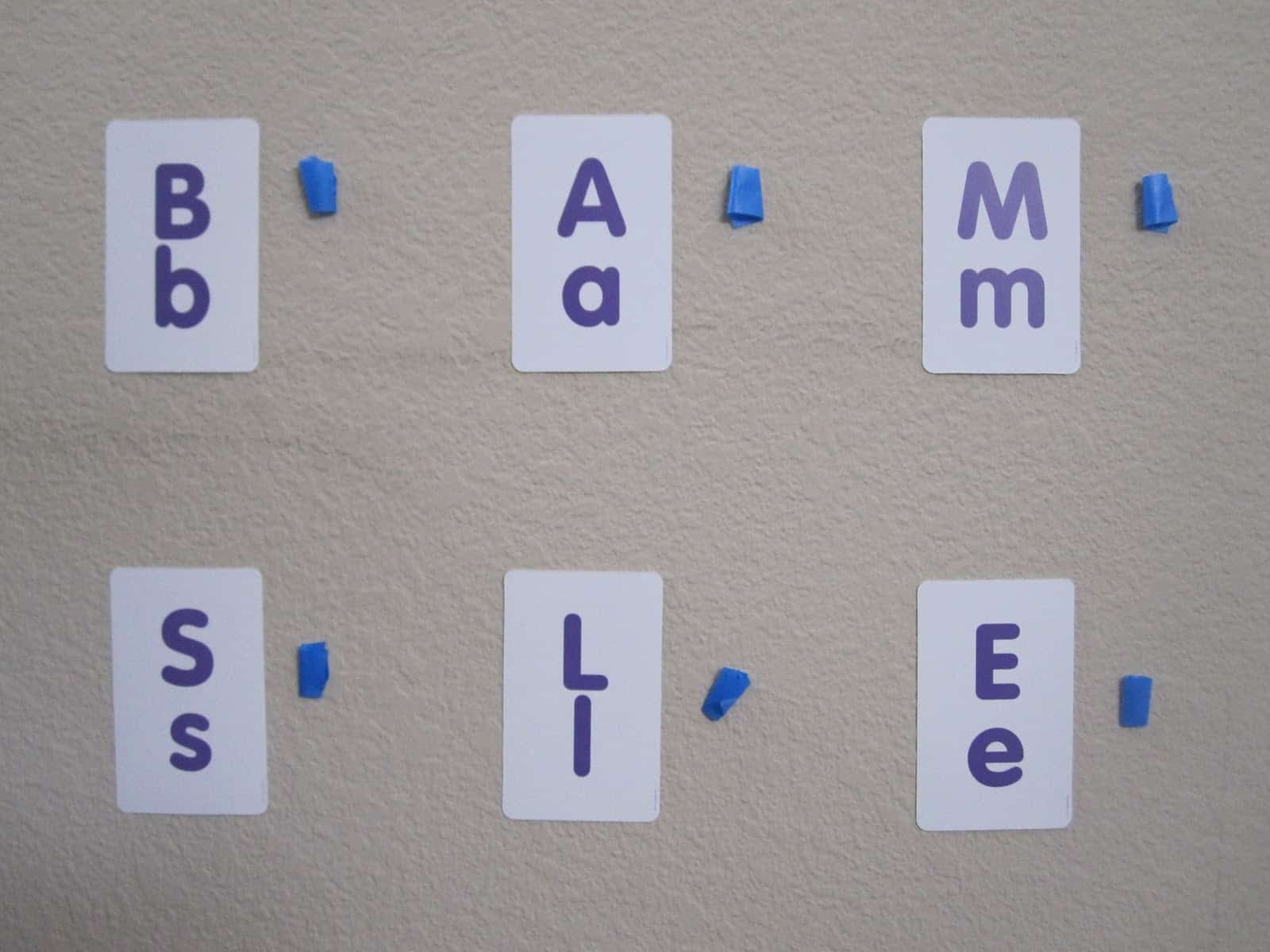 1. First I stuck the letters we were working on to the wall. I didn't do all of the letters in the alphabet because in addition to being overwhelming, my little guys starts getting more confused between some of the letters when he sees all of them in one spot.

2. Add some painters tape next to each letter for the matching picture card.

3. Grab your rockets (or whatever you choose). 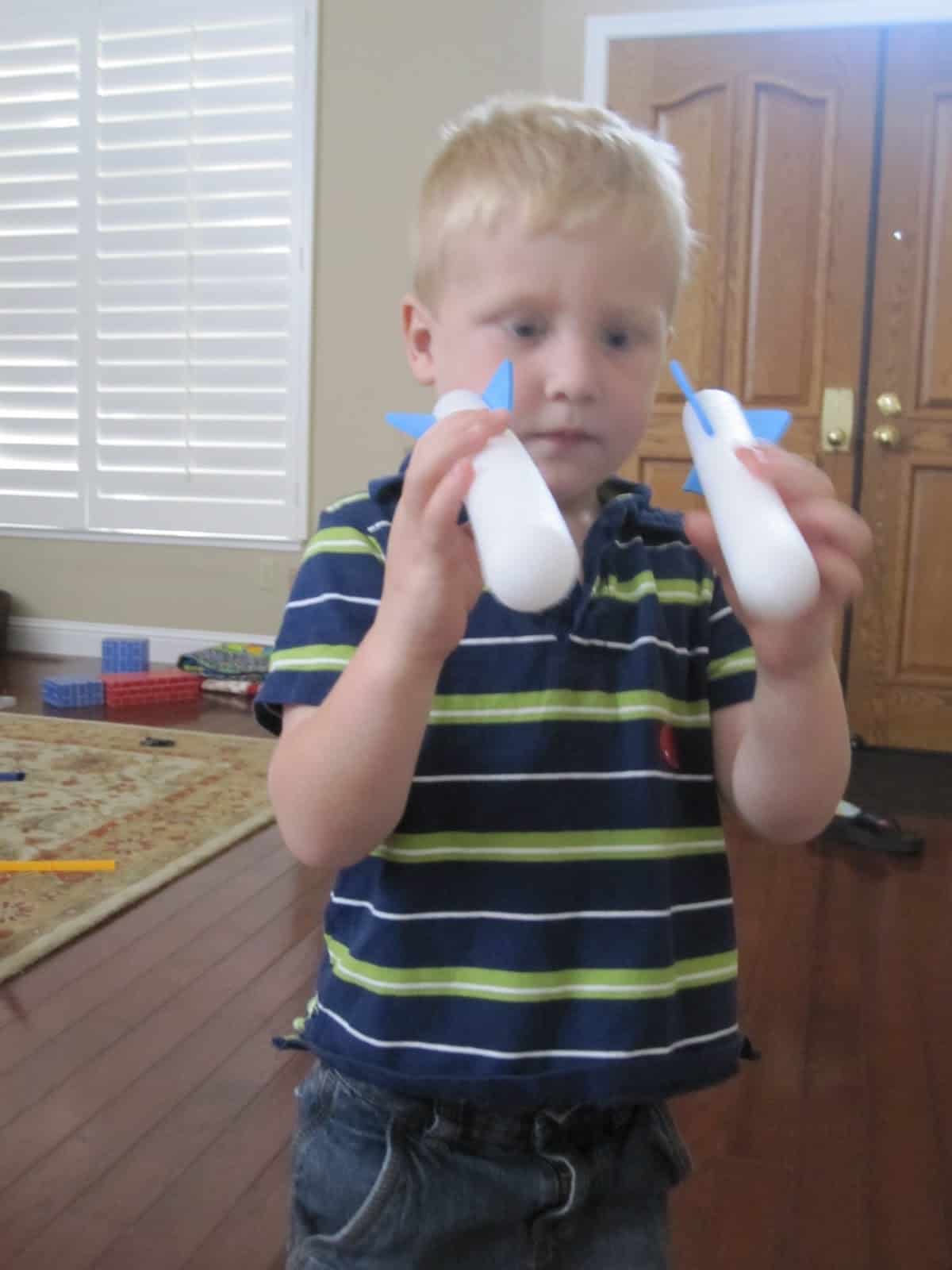 4. Lay out your picture cards and review what each picture shows. 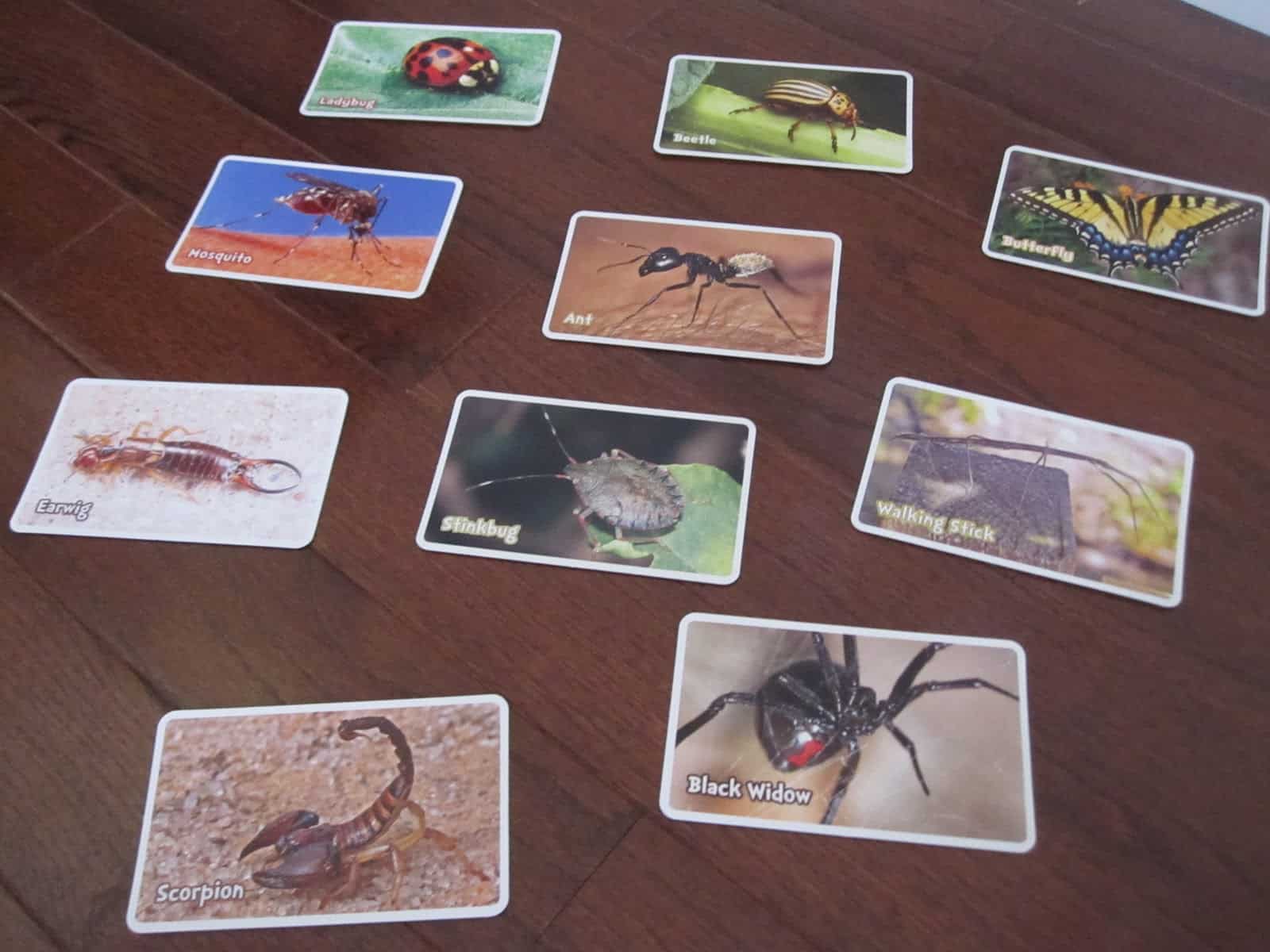 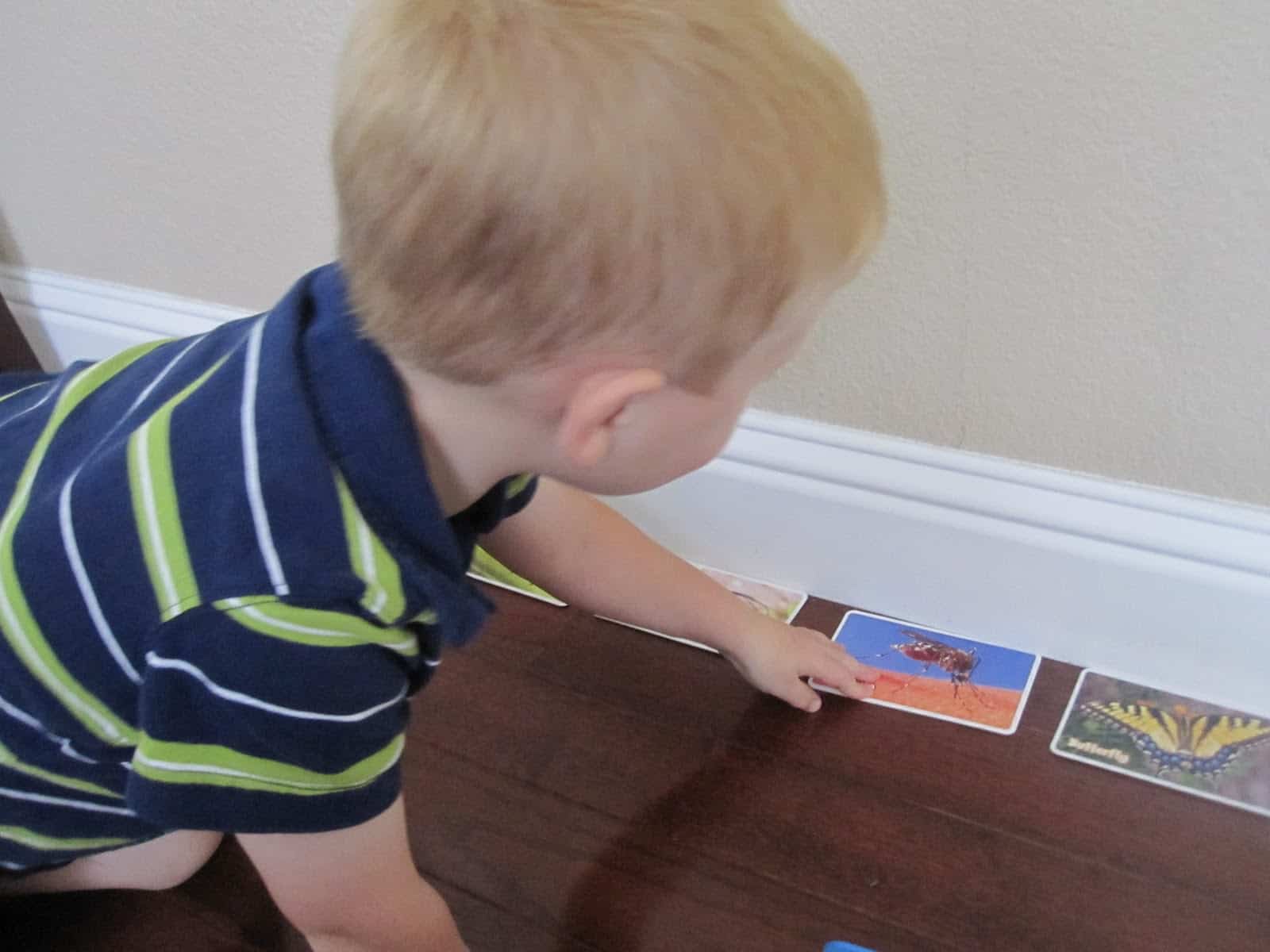 5. Say either a letter name or letter sound and have your child throw the rocket at that letter. For example, "this letter makes the /m/ sound... which one is it?" (child throws rocket at m) 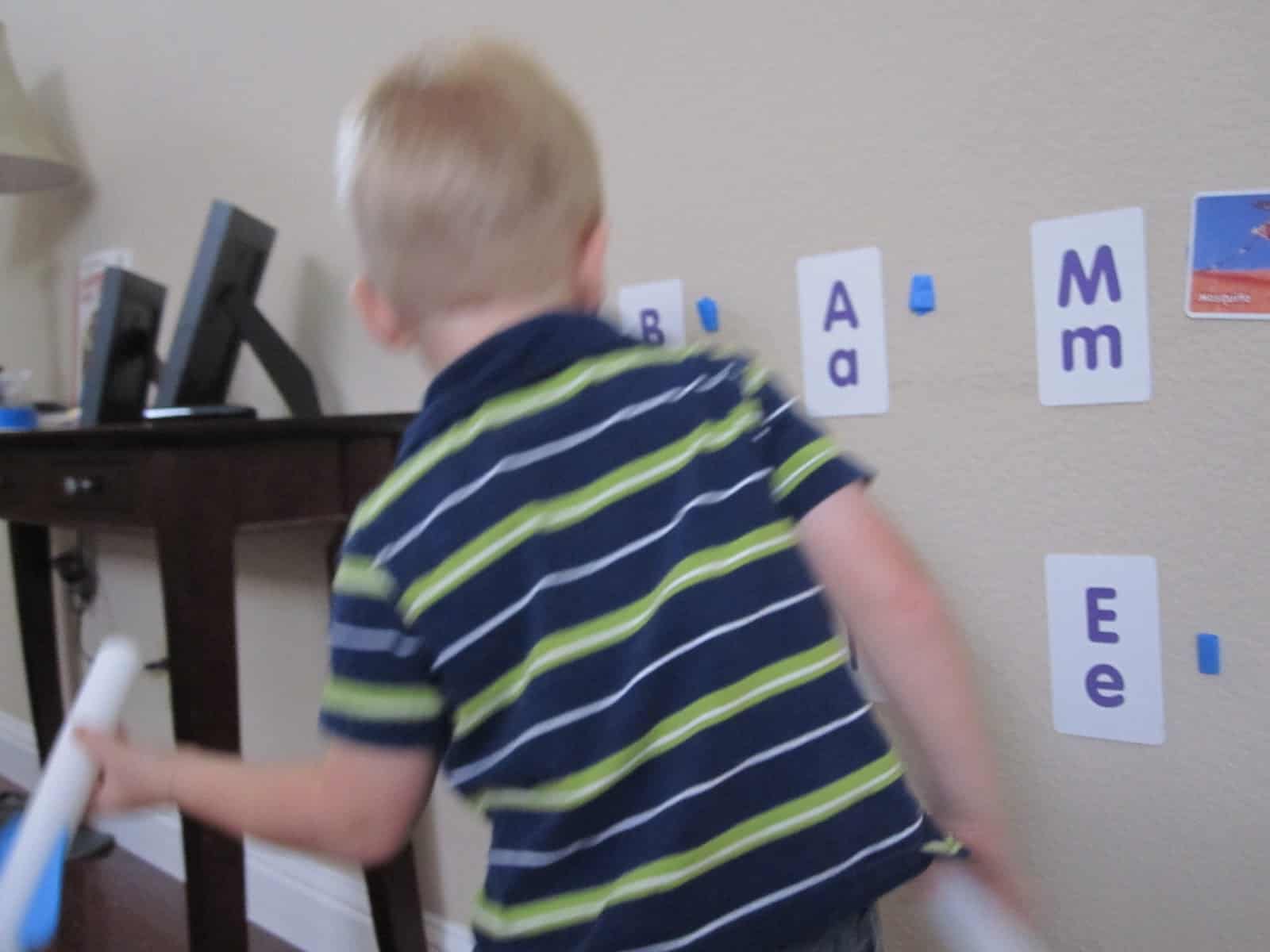 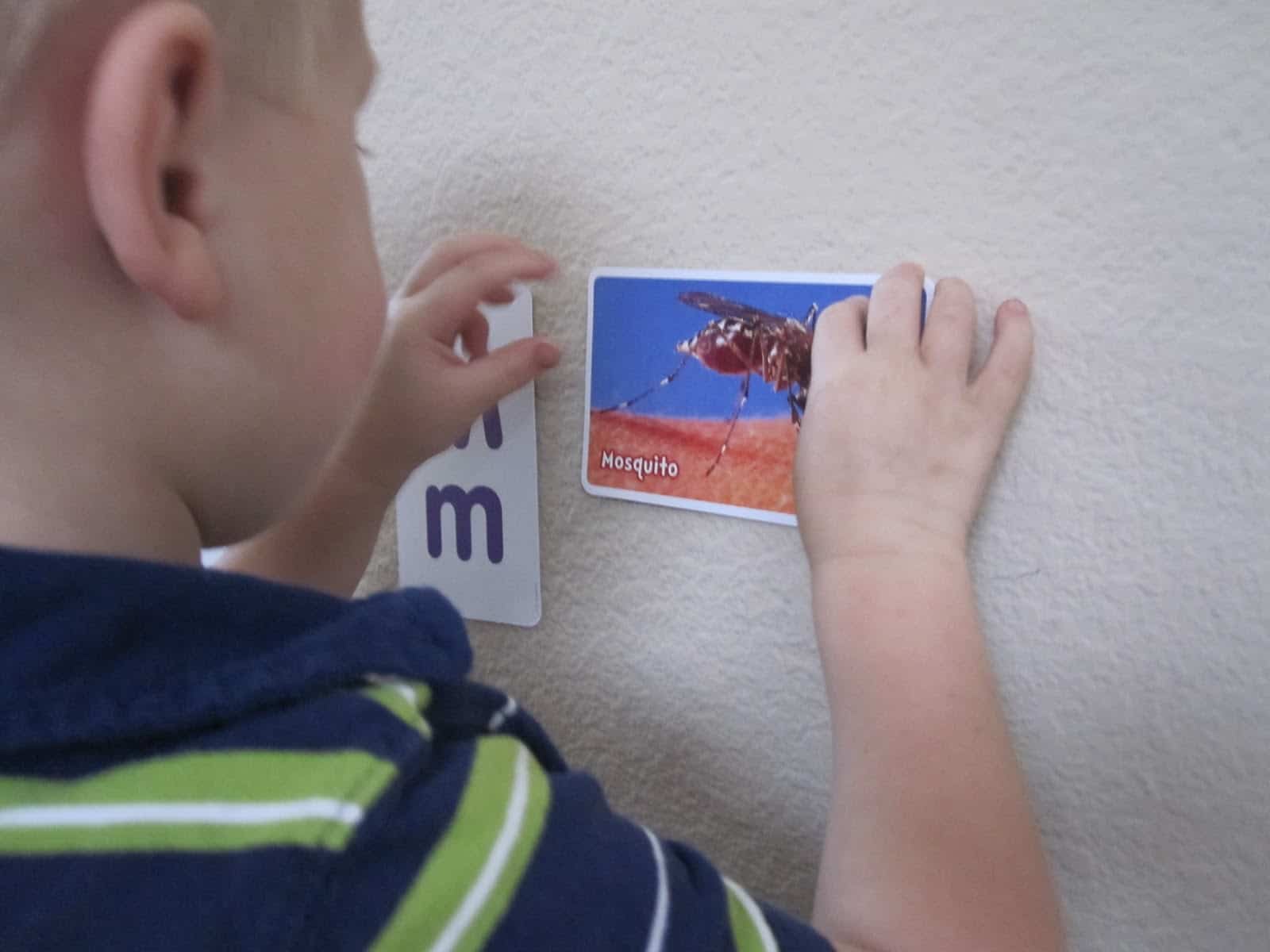 7. Keep working until each letter is matched with a picture! 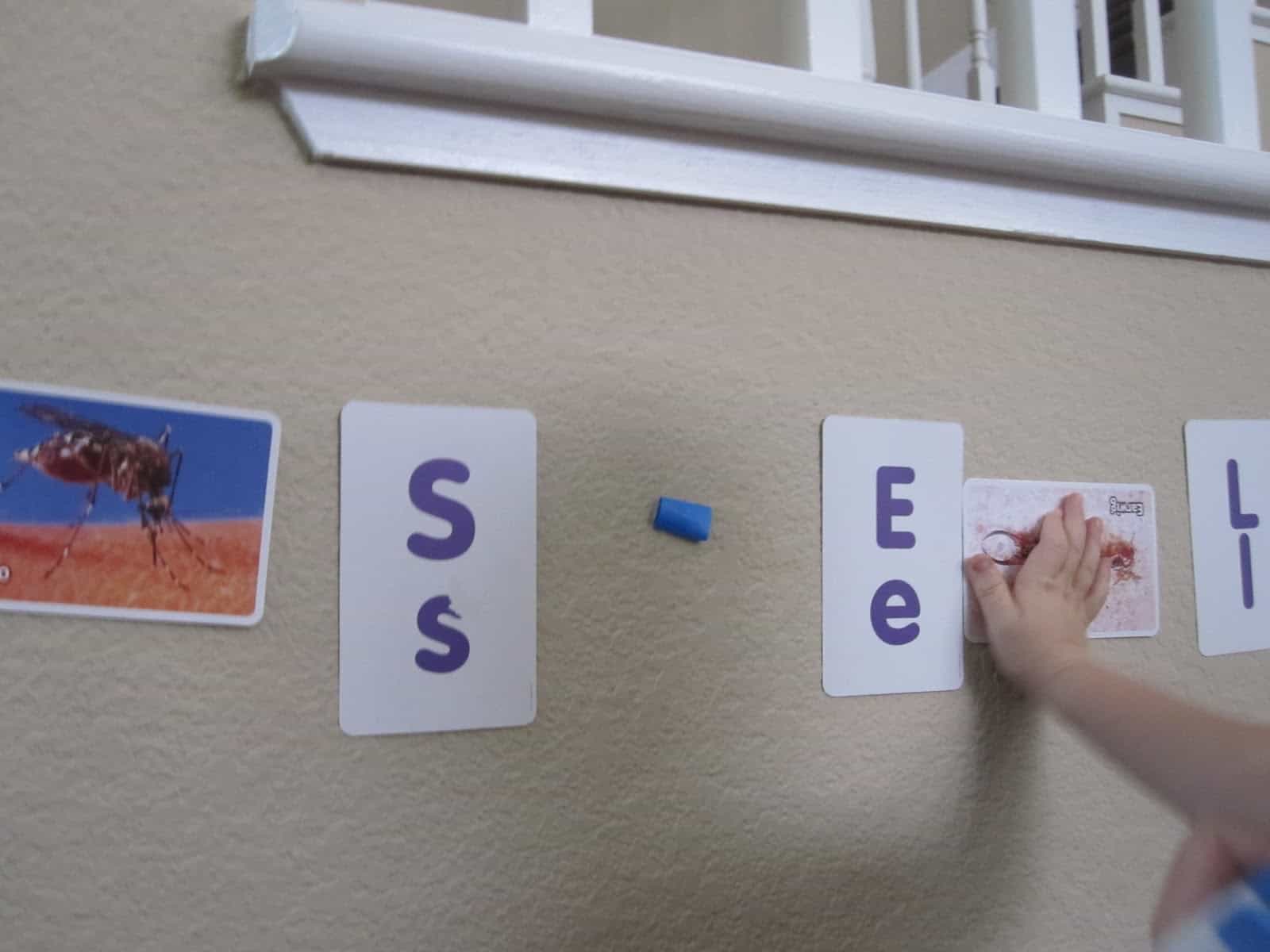 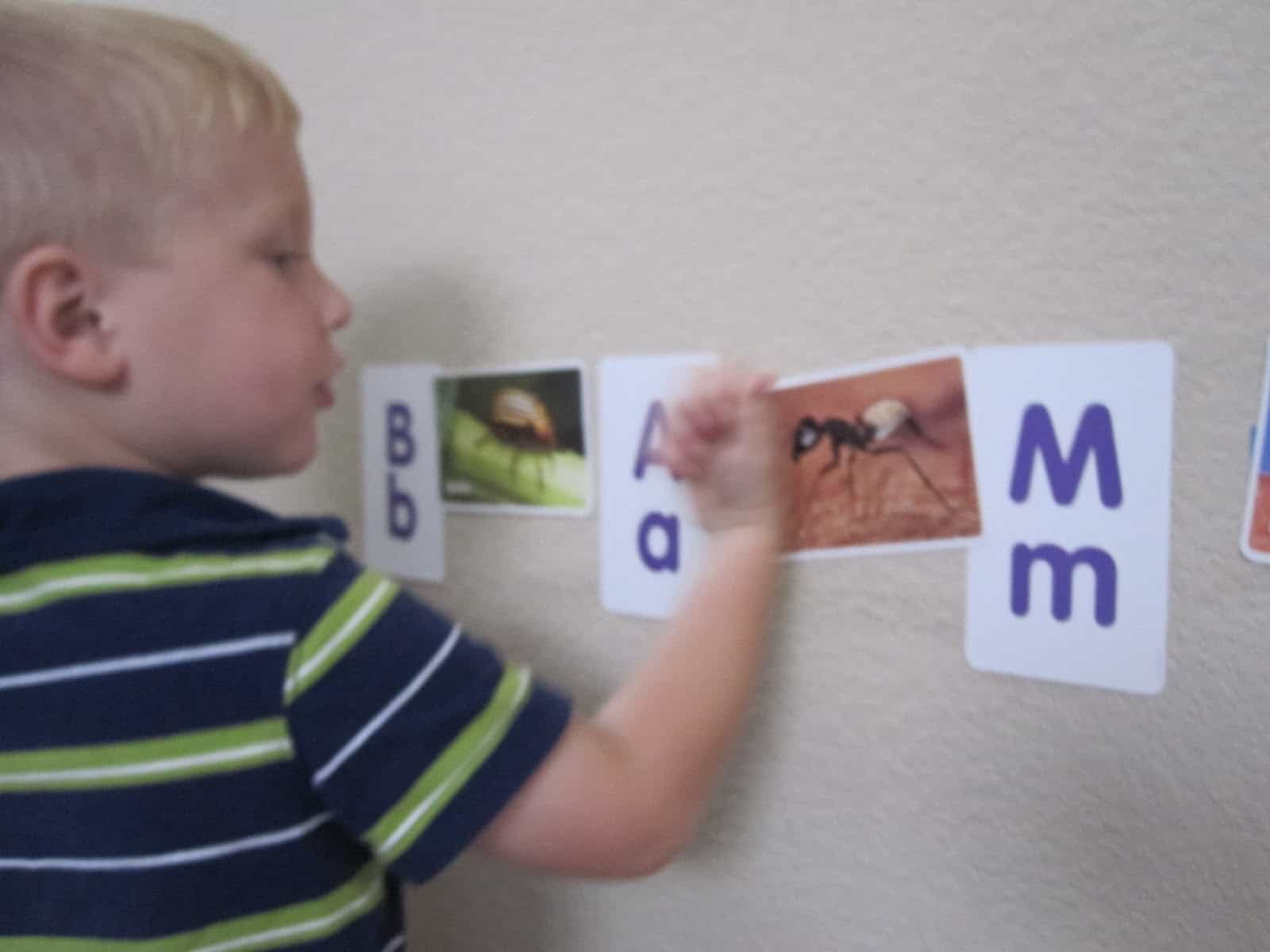 8. Pull them off and start again or choose new letters.

Other Language activities you could do along with this:

- Have child create a silly sentence once they are done sticking up each insect (For example, The stinkbug was really smelly!" Have them expand the sentence and add more adjectives as they practice more and more.

- Have child go on a letter hunt around the house once their find the match picture card. Have them bring any small objects that also start with that same letter/sound and put them right by the letter card. Child can then describe the object.

- Read the back of the picture cards (each insect card had insect info on the back) at the beginning of the activity. Have child tell you some brief facts about each insect when they match it to the correct letter!