Both of my kids have been waking up earlier in the morning lately... which means we usually have a lot of time to kill before preschool or other activities. We've been using the earlier mornings as a time to work on simple skills and less involved projects. 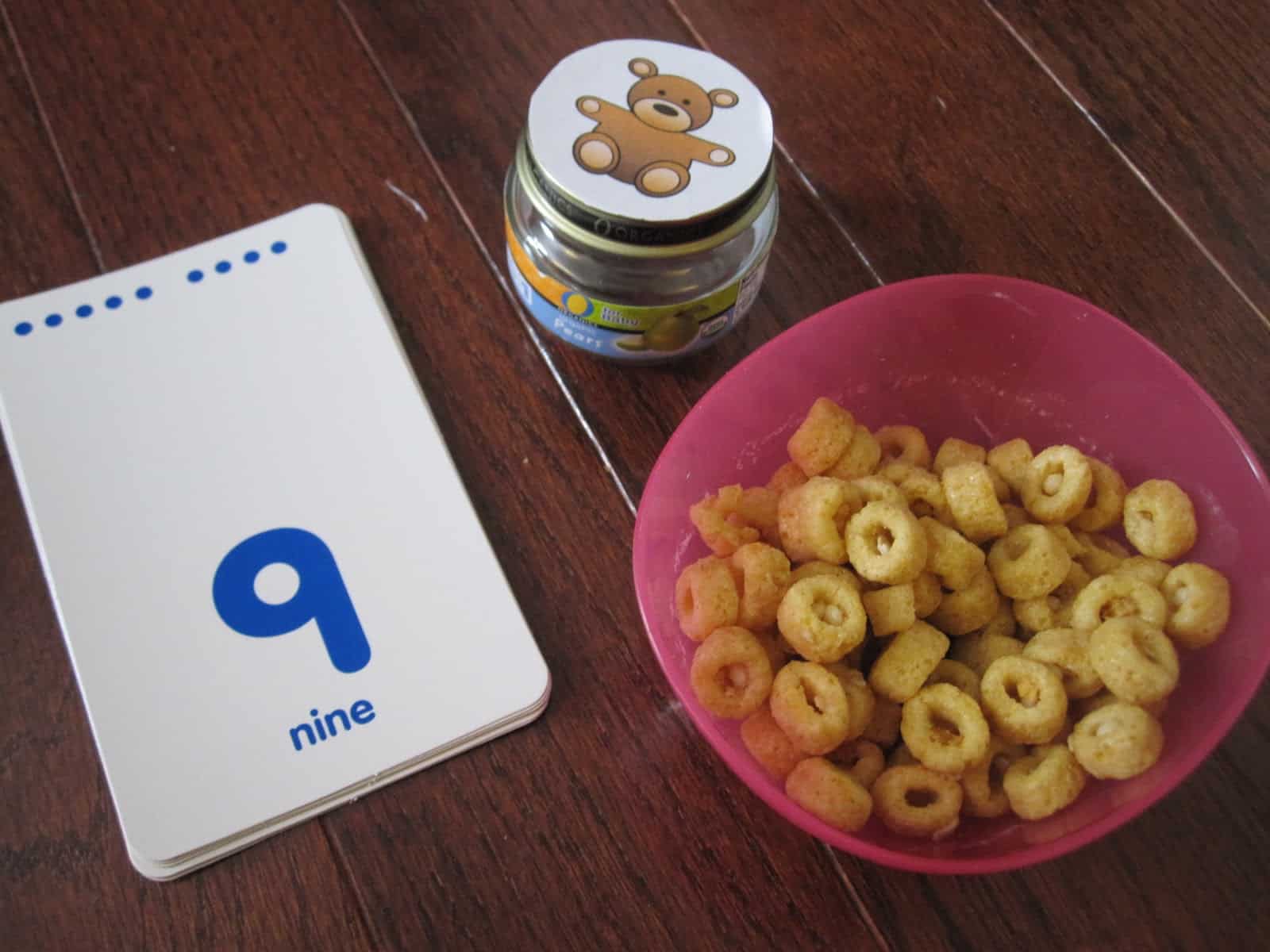 My son's preschool activities are all going to be themed around Goldilocks and the Three Bears this week... so I thought I'd try a little bear counting project. I wish we had tiny bears to count... but instead I found some of our favorite cereal.

1. Glue the bear circles on top of the lids (If I am on my game later tonight, I'll post these so that you can download ours). Ours were numbered 0-10, but you can do whatever you want. I also left one jar lid with a blank bear. 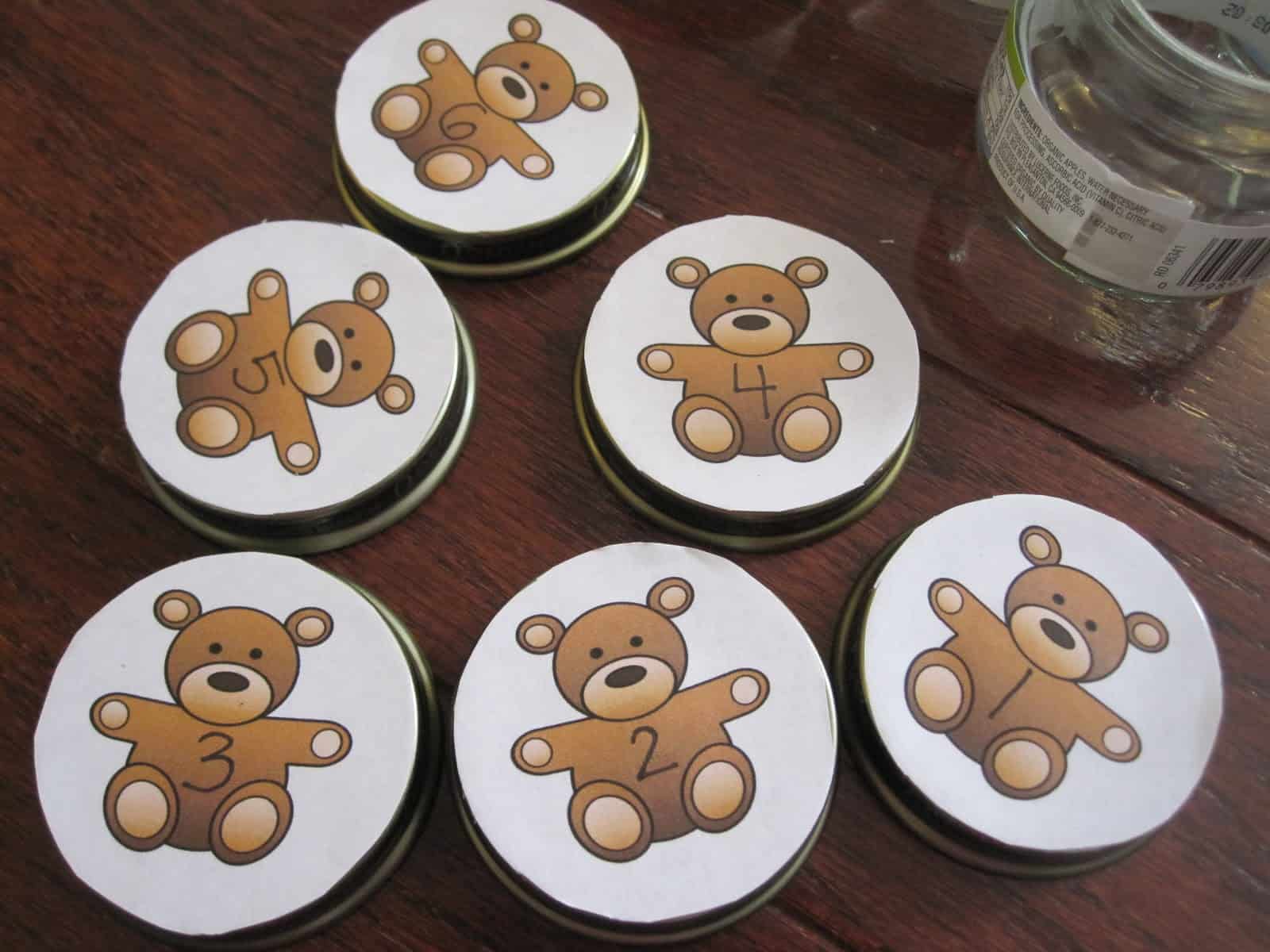 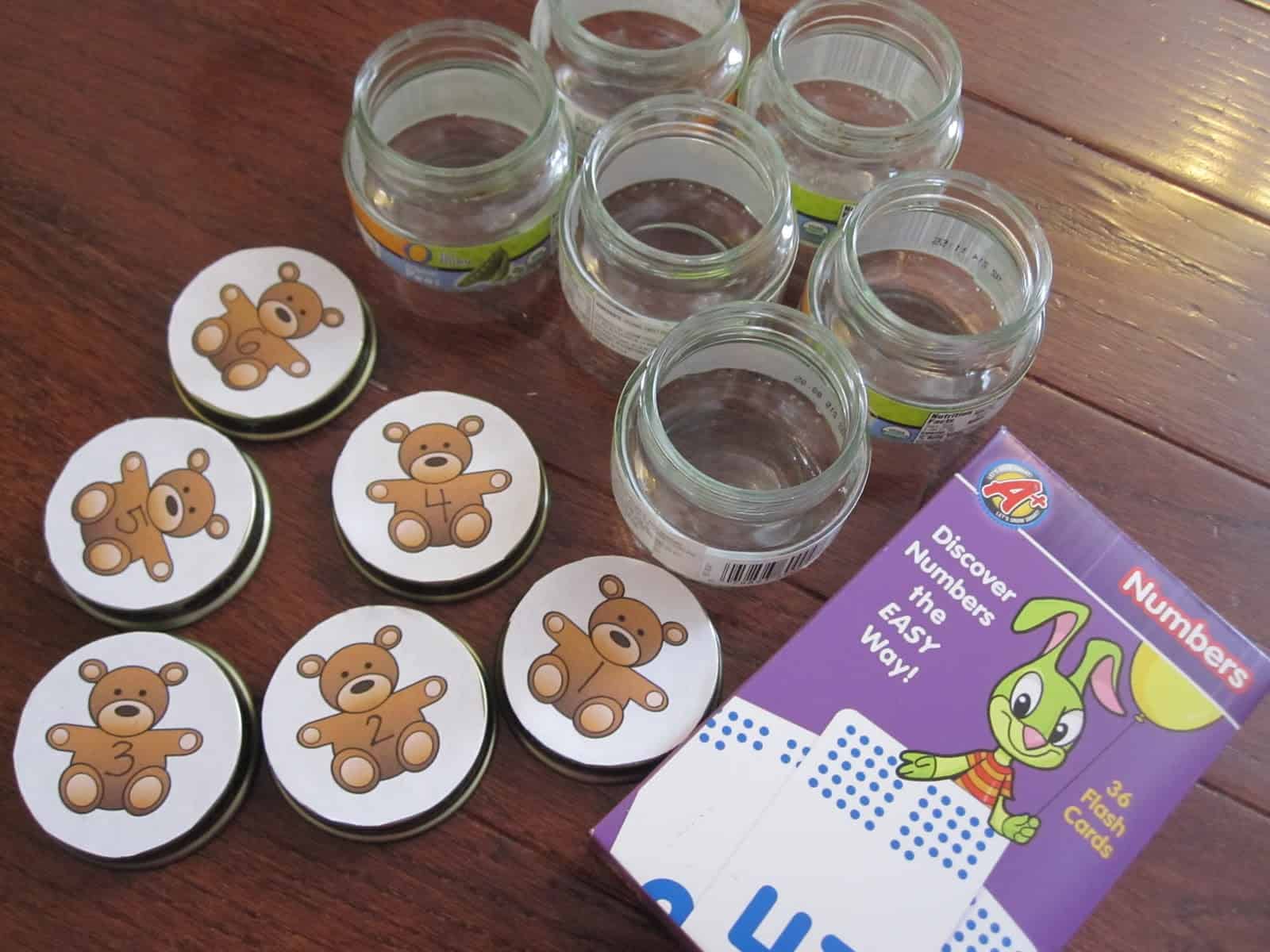 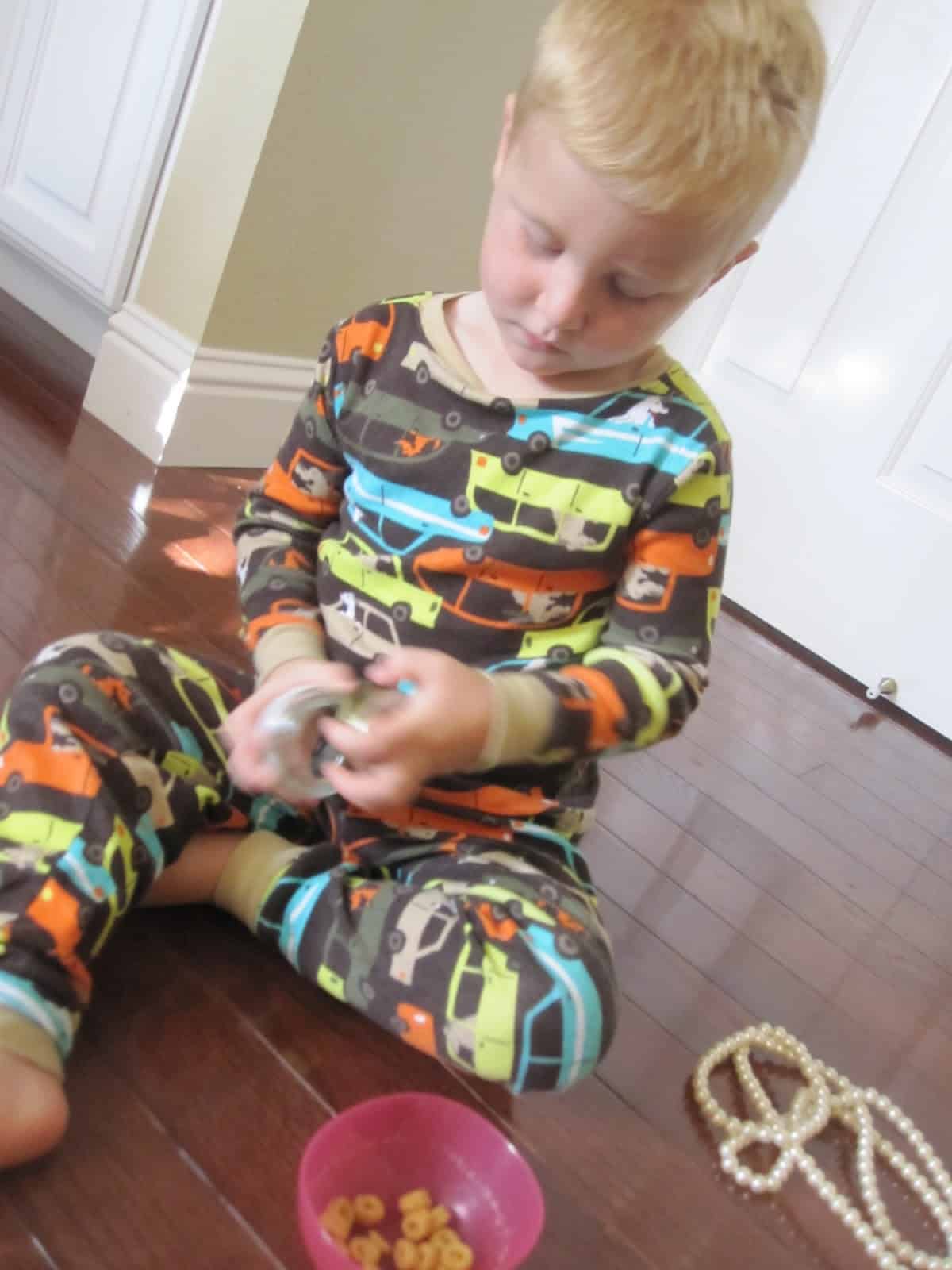 He loved it and it was a great independent activity for him... at least till he got to #7 and #8 and starting counting too quickly or dropping in two pieces of cereal at a time... then I tried to slow him down a bit.

3. For the next round, I had him flip over a number flashcard (numbers 0-20) and he had to fill the blank bear jar with that number of pieces of cereal. Once he finished, we dumped them out, checked together to see if the number of cereal pieces he had matched the number on the flashcard... and then we both gobbled up the cereal! 🙂 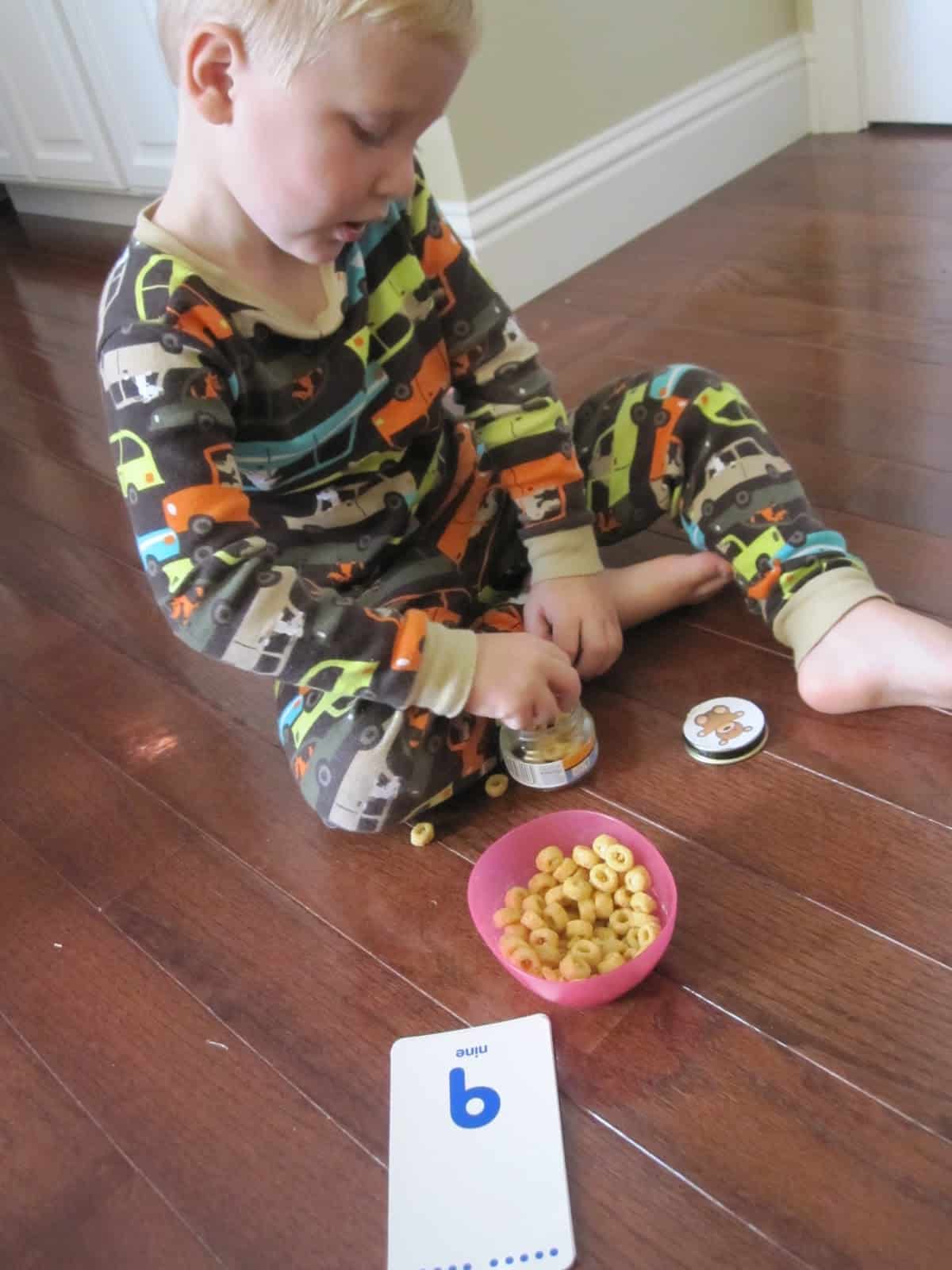 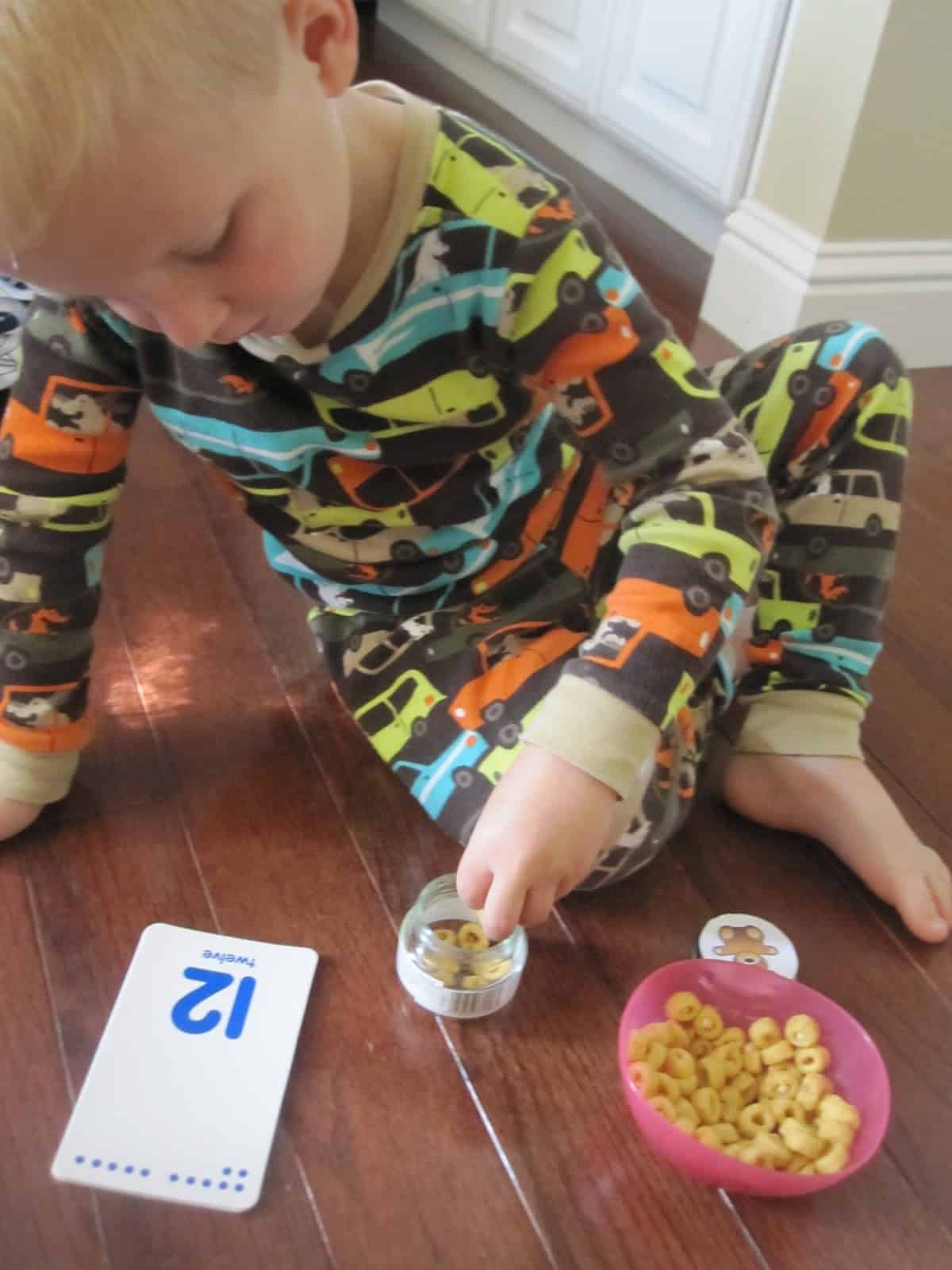 This activity not only worked on 1:1 correspondence and counting, but also helped him strengthen his hand/finger muscles as he opened and closed the jars.

- review of prepositions (over, under, inside, outside, on top, underneath)

With my 9 month old, I didn't have her counting objects, but I gave her several baby food jar lids to explore. I also had a bowl of cereal for her to eat and we practiced picking up one piece of cereal at a time (instead of a handful).

Jamie over at Hands On: As We Grow shared this fun baby food jar activity last week that is also great for younger children. I'm excited to try it out in another month or two with my little one.