This project was led by my 3-year-old. We spent the day brainstorming "things that go" (vehicles, not animals), and one of the things he really wanted to make was a balloon. 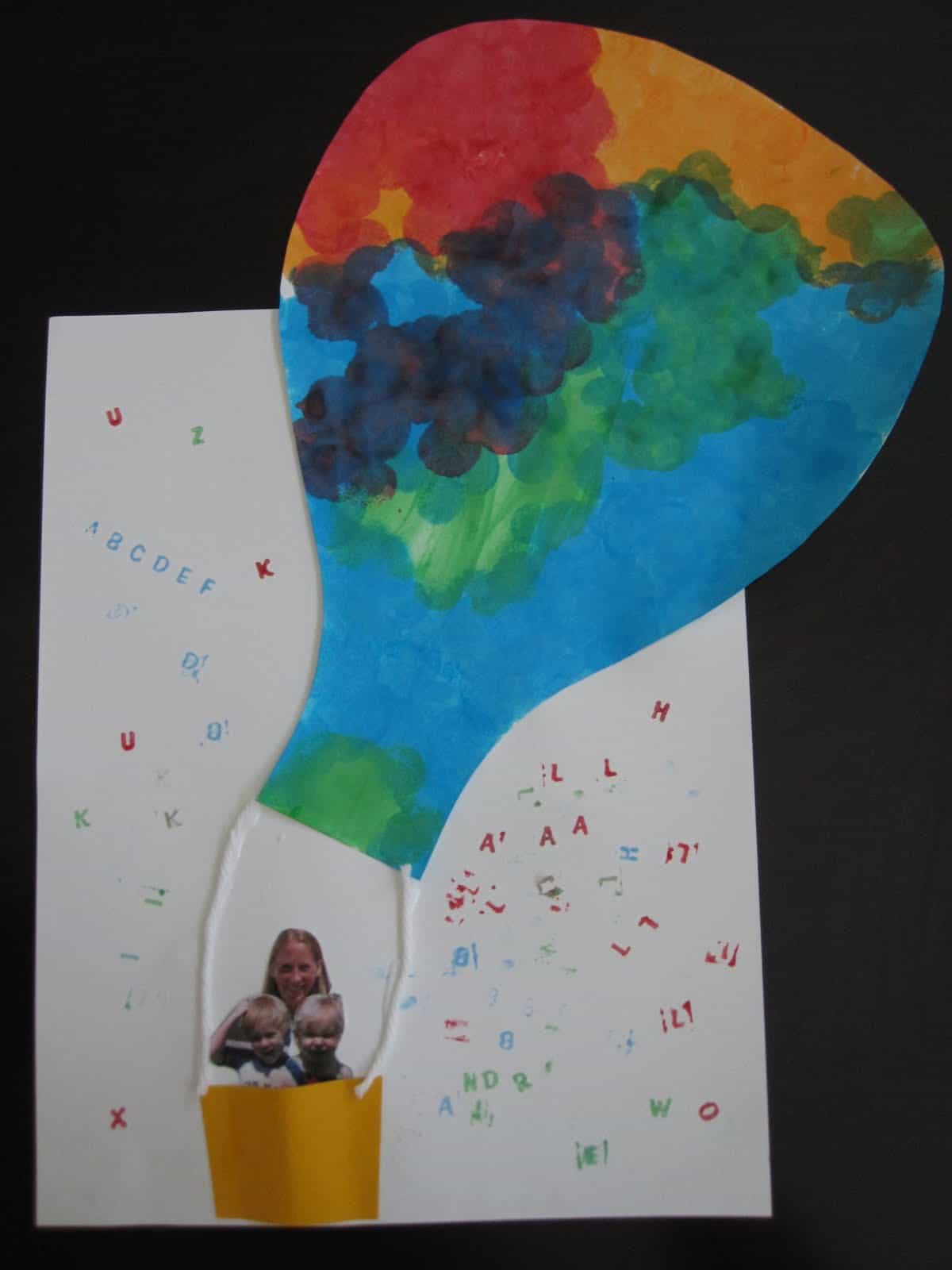 I did a Google images search for balloons and we checked some out. We talked about how they are colorful and how they move and then he wanted to get started! We made up the project along the way and had a great time.

1. I cut out a large balloon while he watched. I folded one paper in half so that it would be the same on both sides. 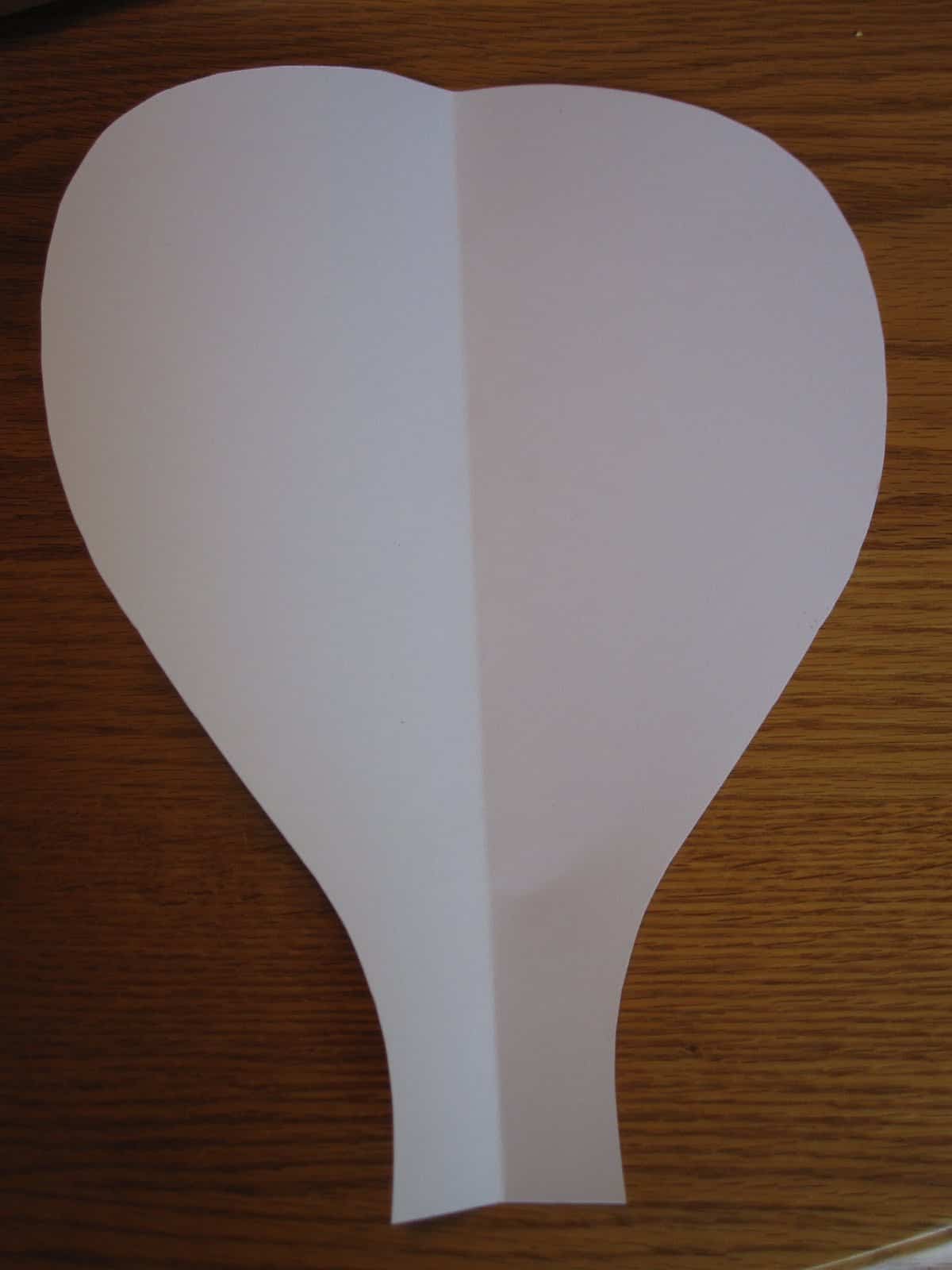 2. Next, he painted the balloon. 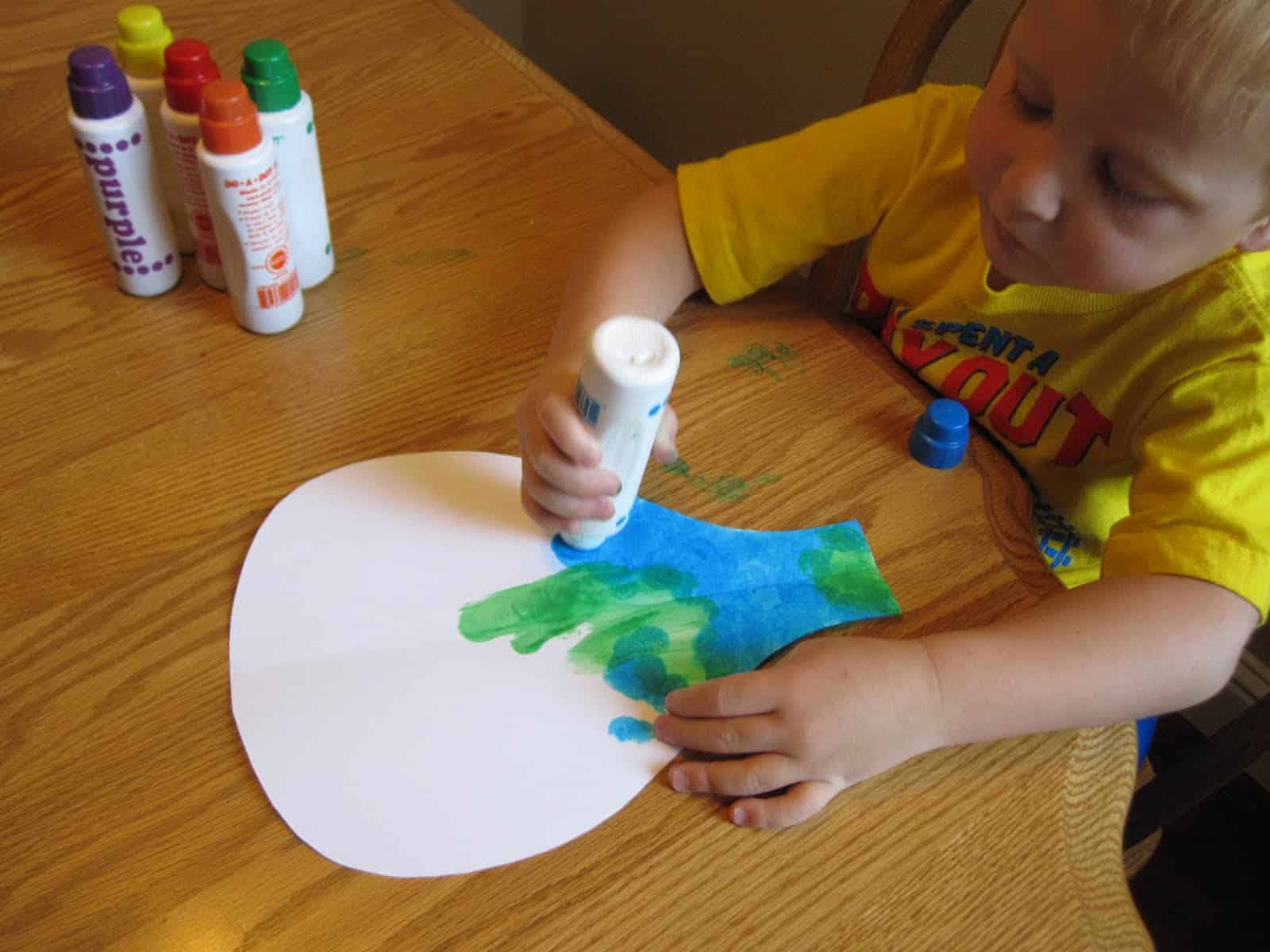 This was the most focused he's ever been on a painting project. He didn't want to leave any spot unpainted. This has never happened before... usually we have a lot of white unpainted space. I think his perception has developed a bit and he sees things differently now. It was fascinating to watch. 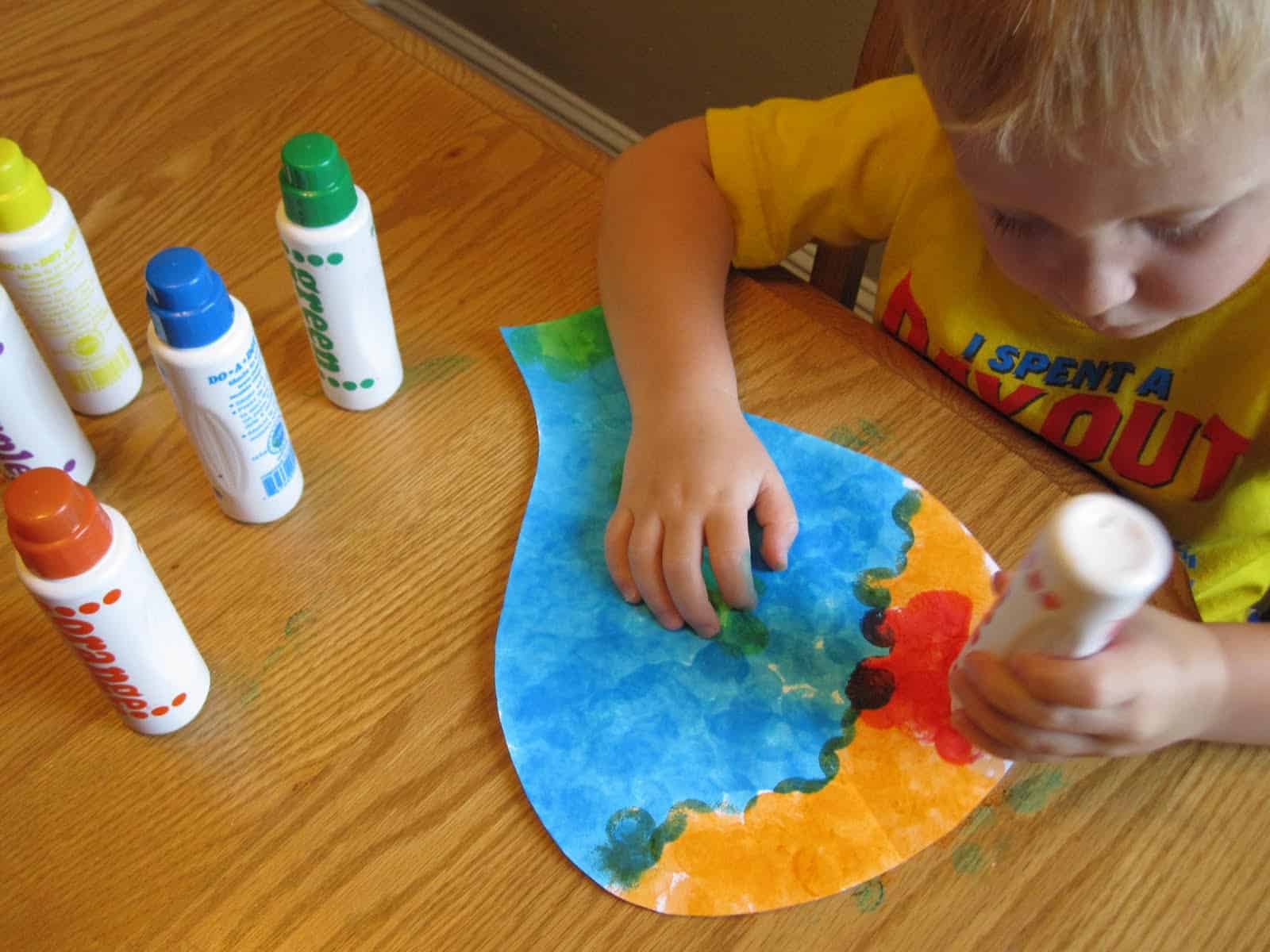 I thought the colors and patterns turned out wonderfully! He loved telling me about the color combinations and what color he was going to try and make next as he combined the paint. 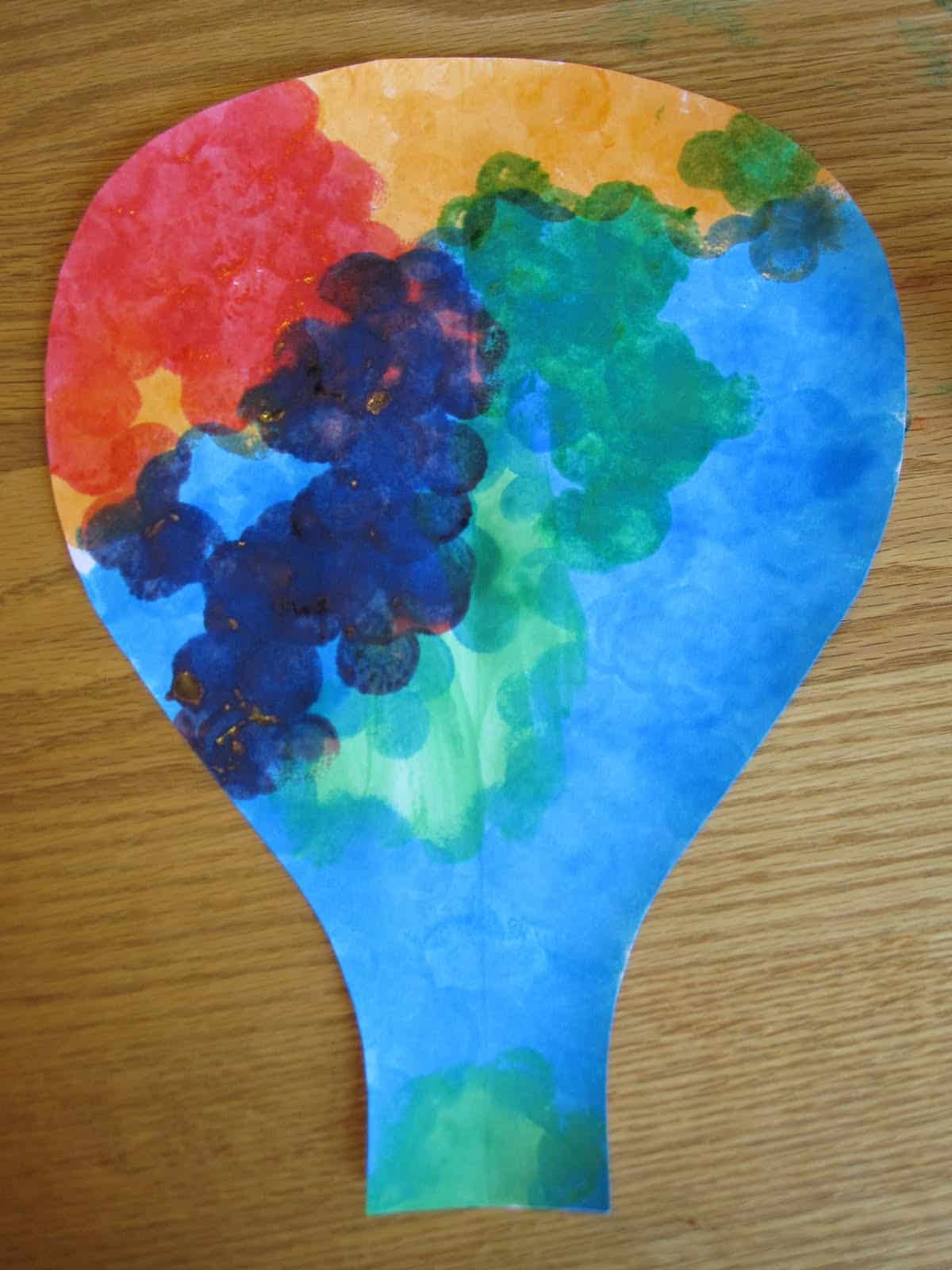 3. After that, we glued the balloon to a background paper. I wish I hadn't picked white. It ended up being too blah 🙂 Next time I'll ask my little guy to pick. He usually makes better artistic choices. 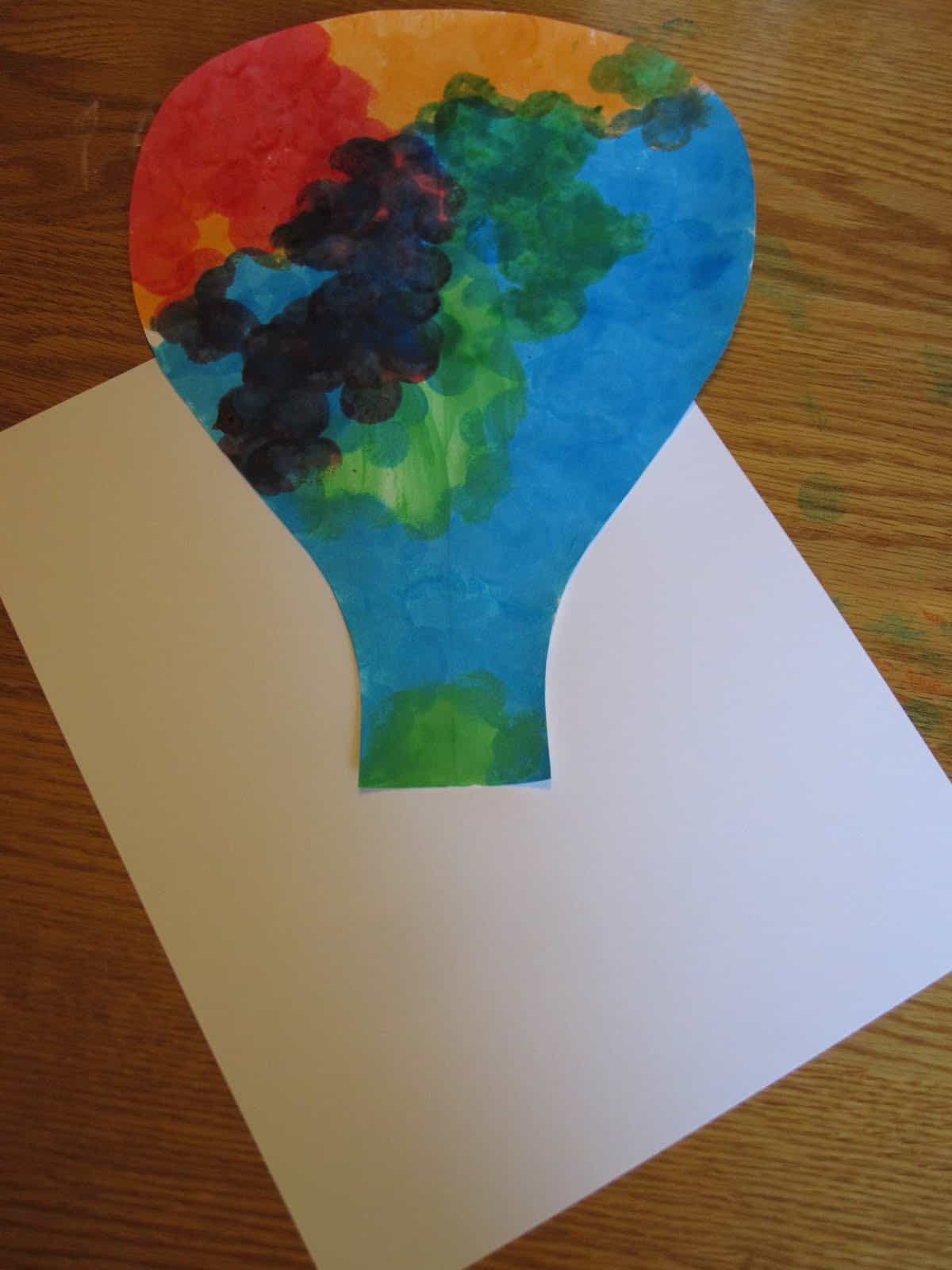 4. Then I cut out some pictures of family members and a small rectangle for the bottom part of the balloon (called a basket?).

5. Next, he glued everything on. He wanted his cousin to come fly with him... and he invited me too 🙂 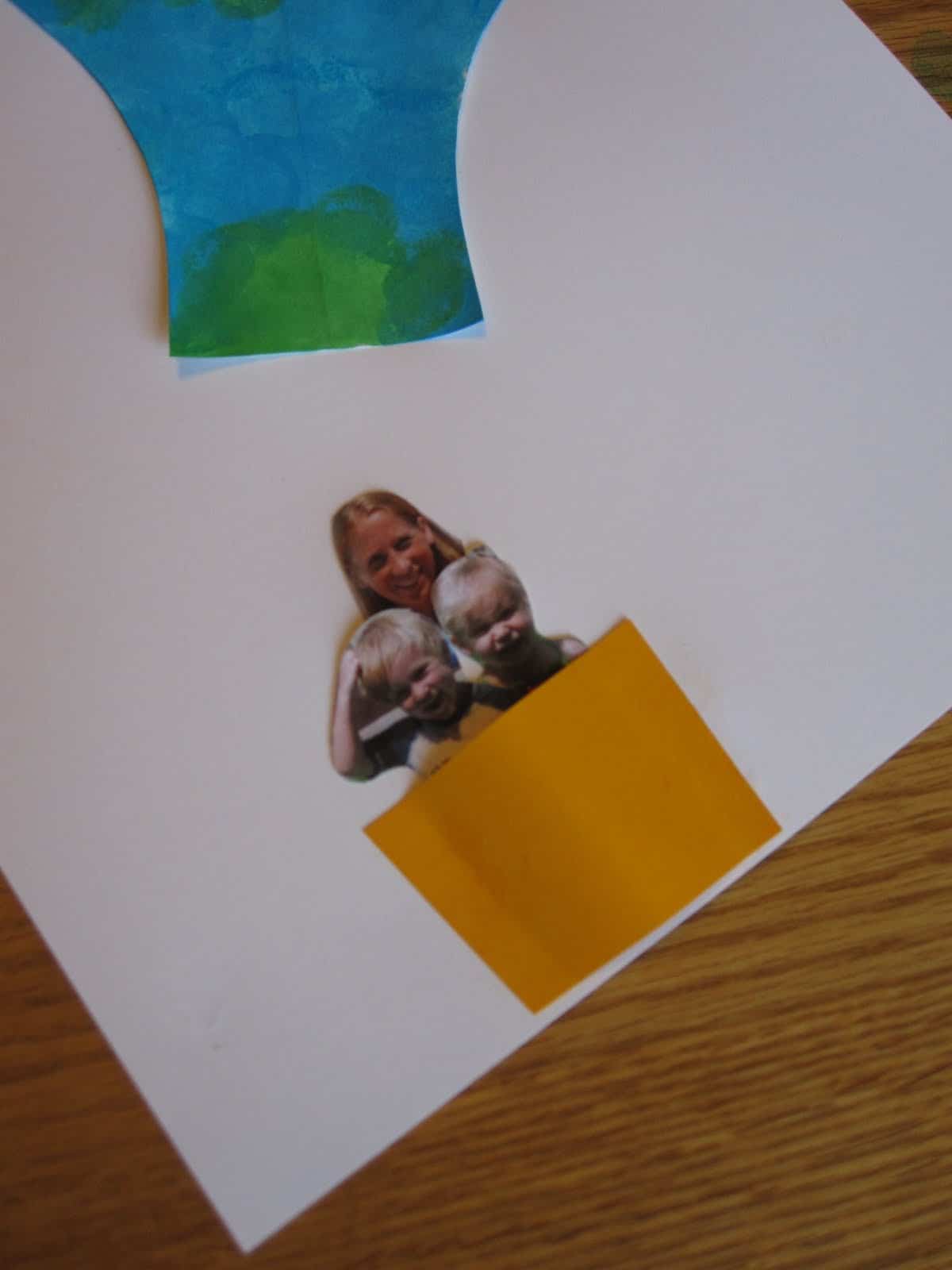 6. While he started stamping the picture with ABC stamps, I cut some yarn and attached the balloon basket to the balloon. I used glue to stick the yarn down. 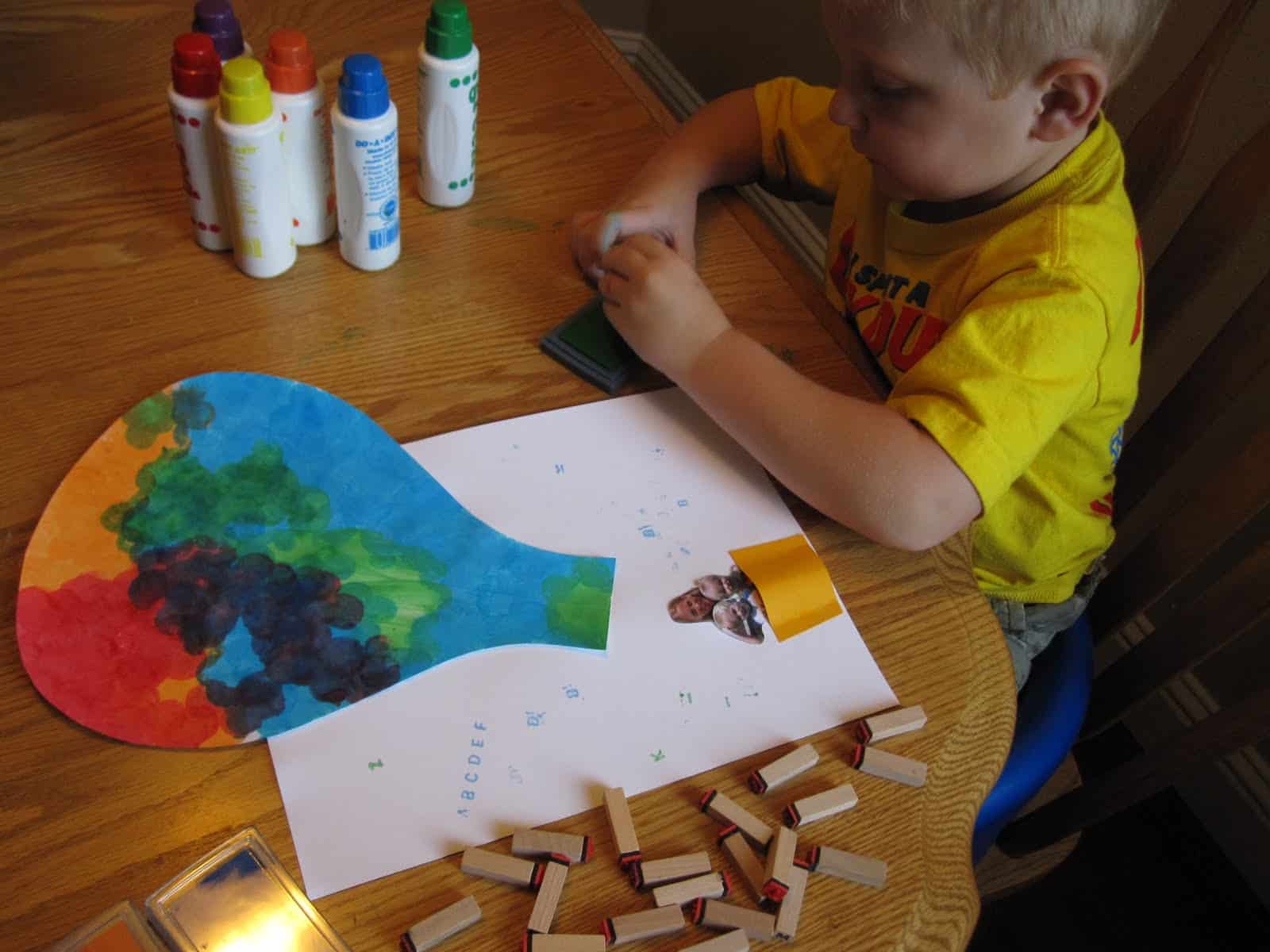 We all flew to "ABC land" in the balloon and there were ABC letters floating everywhere in the sky. 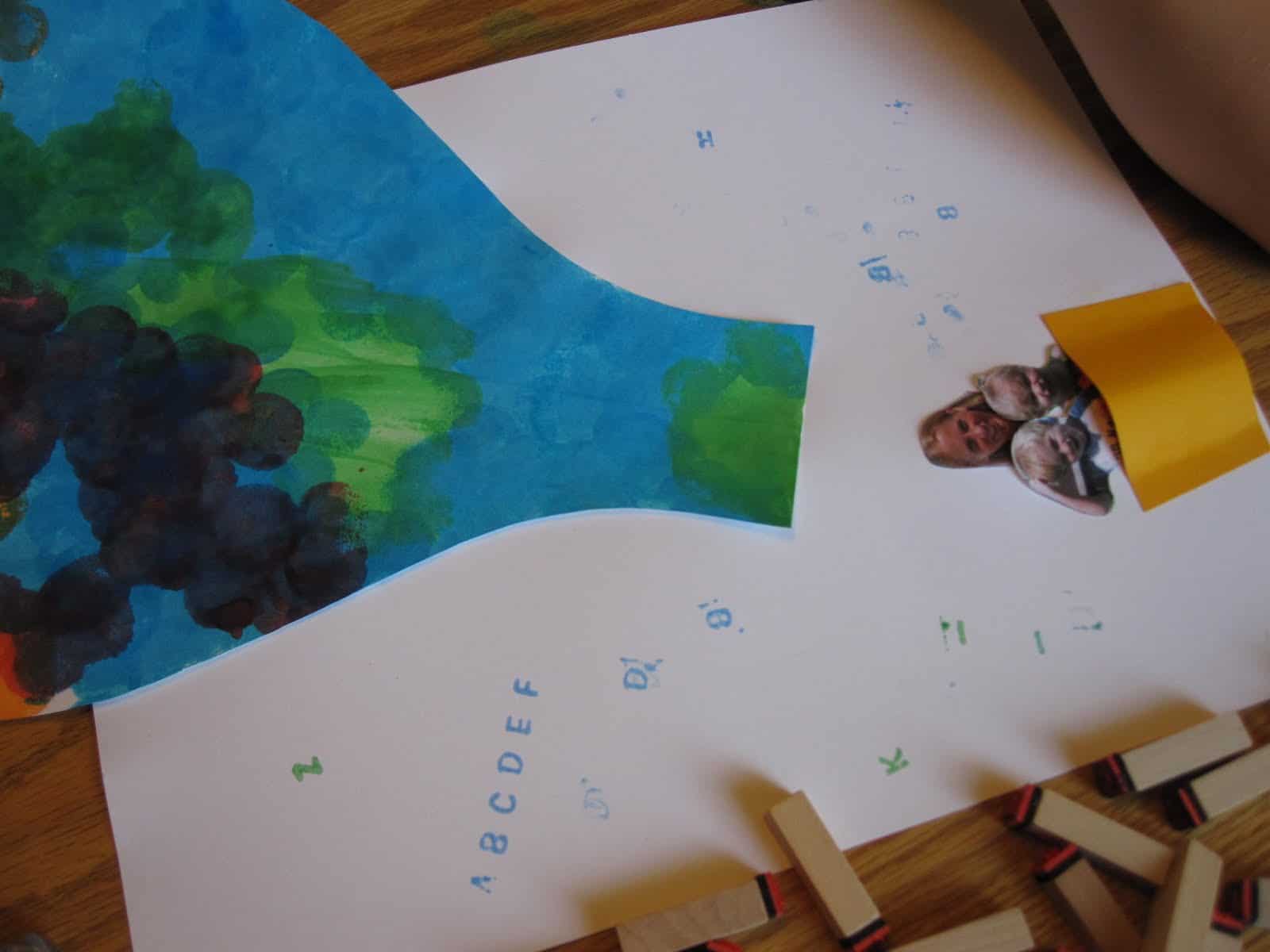 We talked about letter names, letter sounds, and the letters in his name as we stamped. 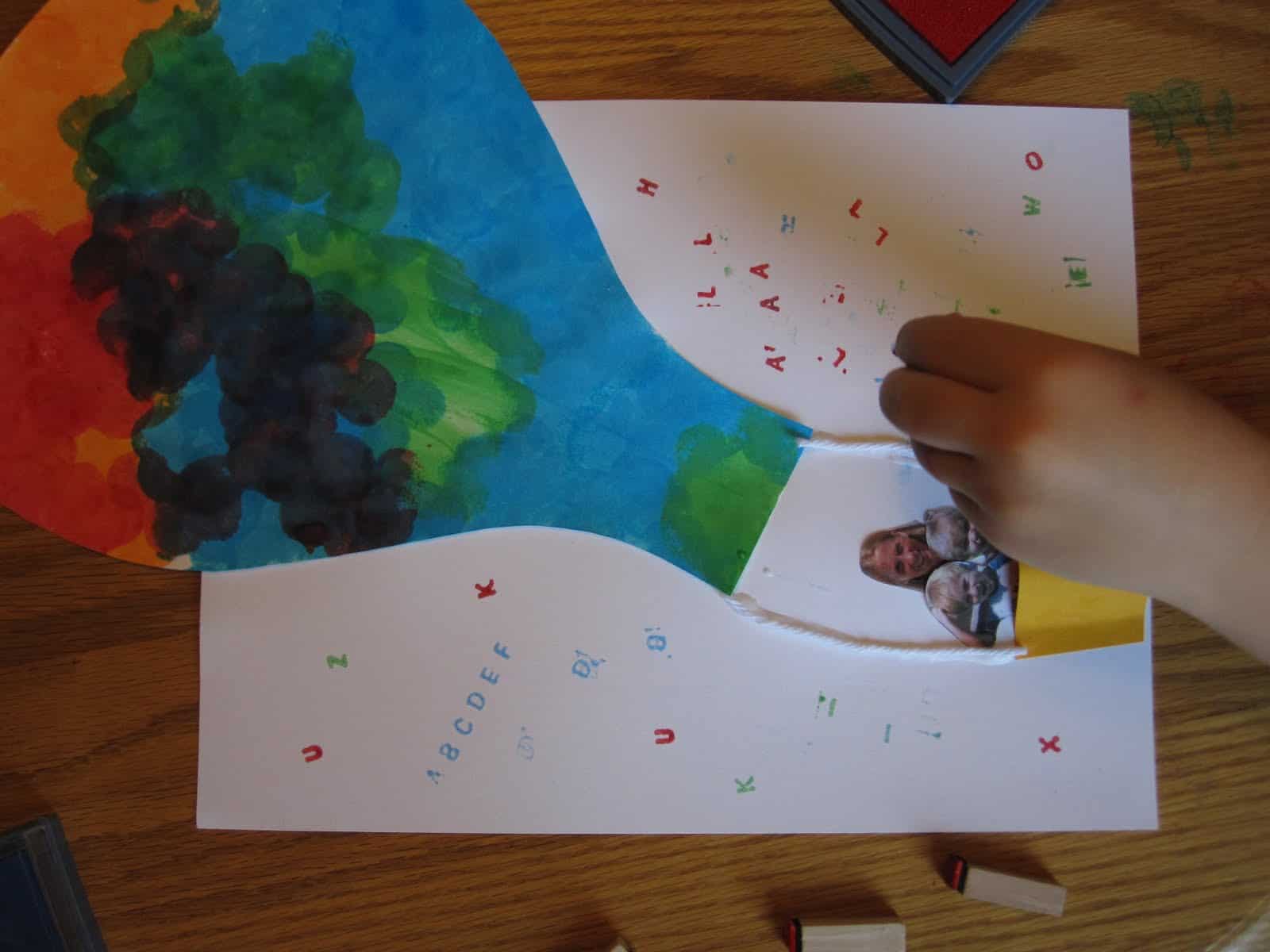 I loved the little ABC stamps I found in the $1 section of Target this week... along with ABC stickers (that come with several sheets per pack). The stamps aren't that well made and the letters are small, so we had to be gentle, but they still were great to use in this simple way. 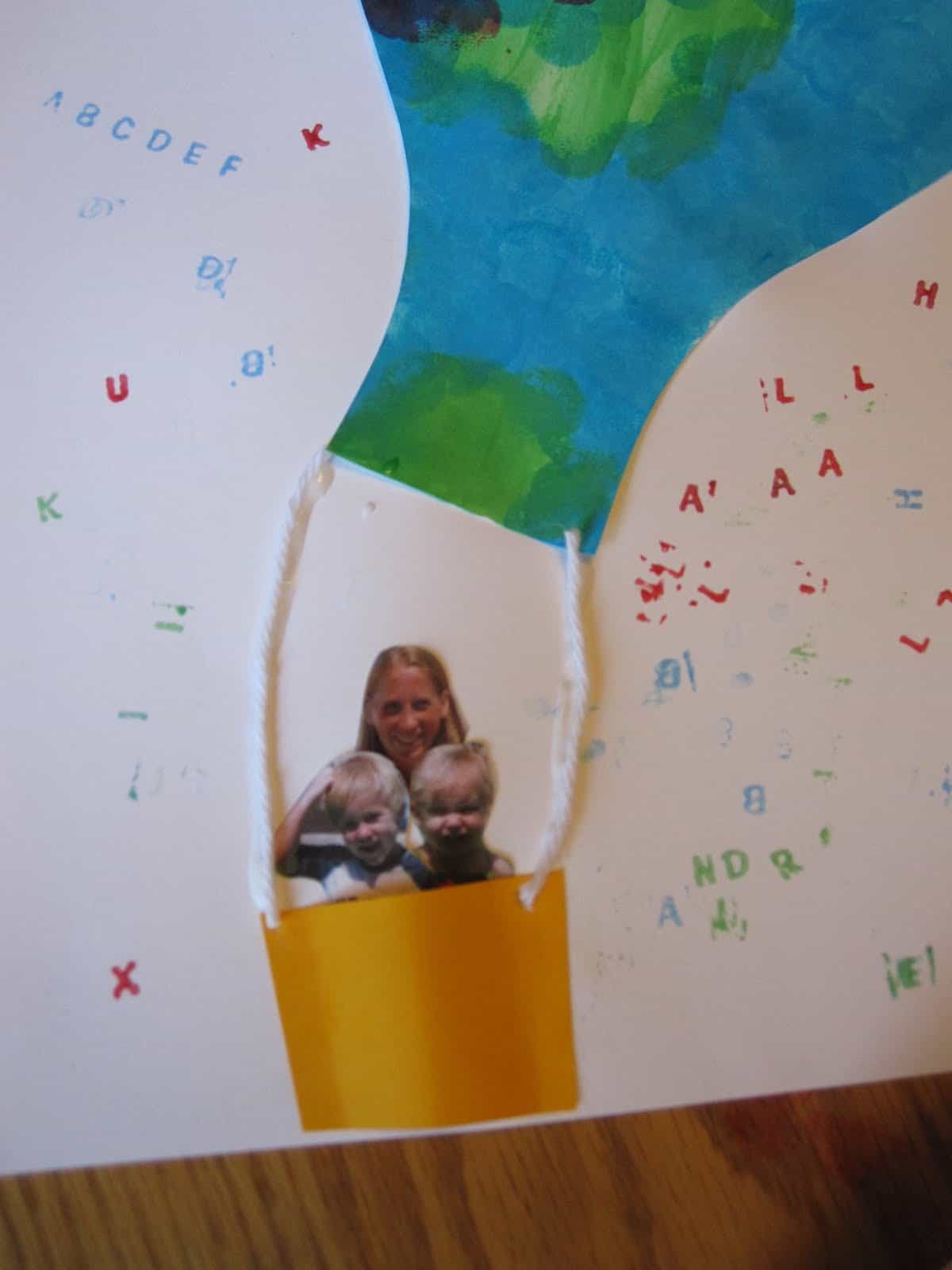 I think a trip to ABC land by balloon would be a whole lot of fun! Don't you? 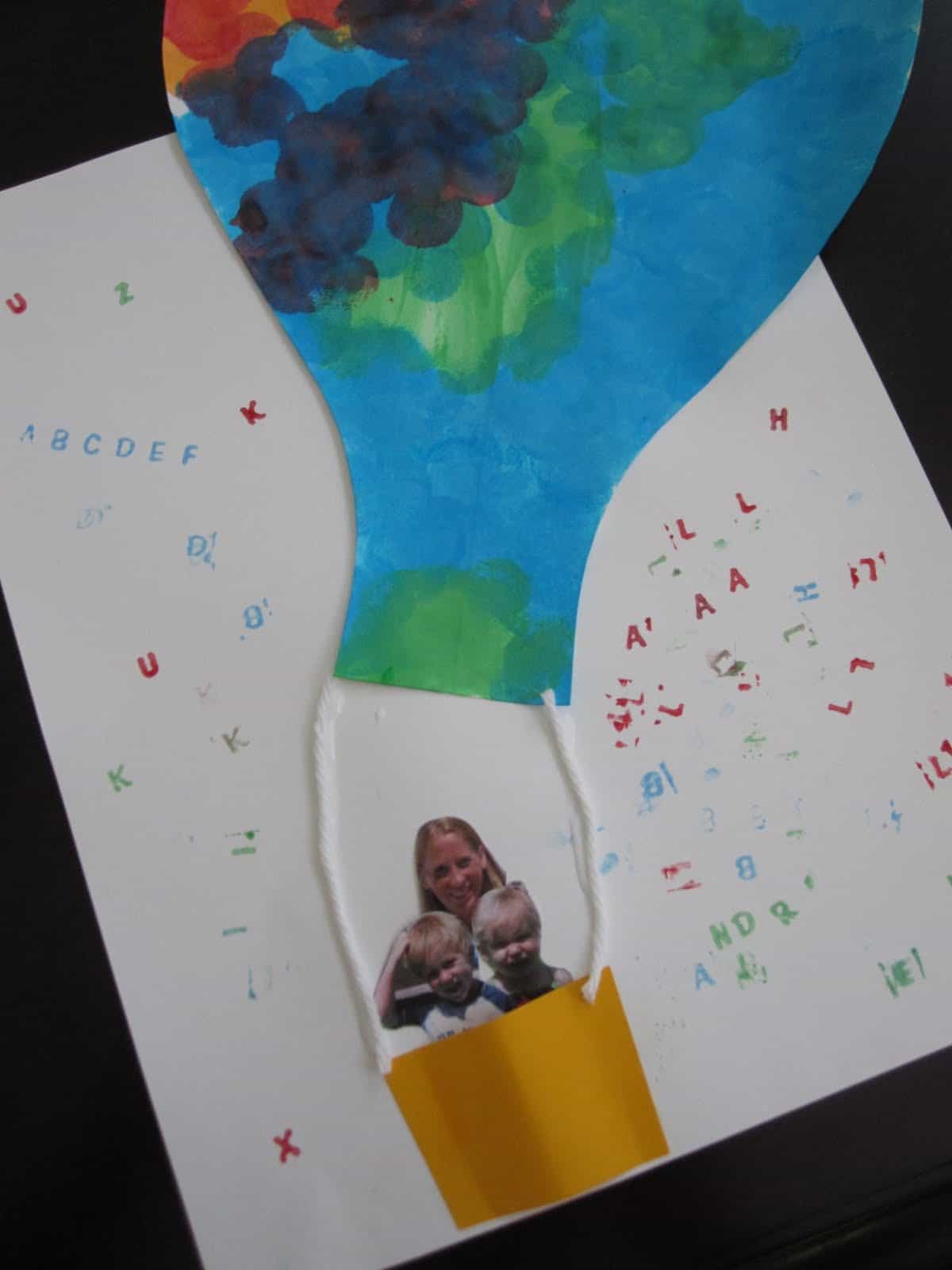