As I mentioned in my last post, we're reading Jack and Jill today. My little guy really wanted to change the hill to a volcano and the water to lava... so I thought we would take the opportunity to re-write the nursery rhyme and make it our own. 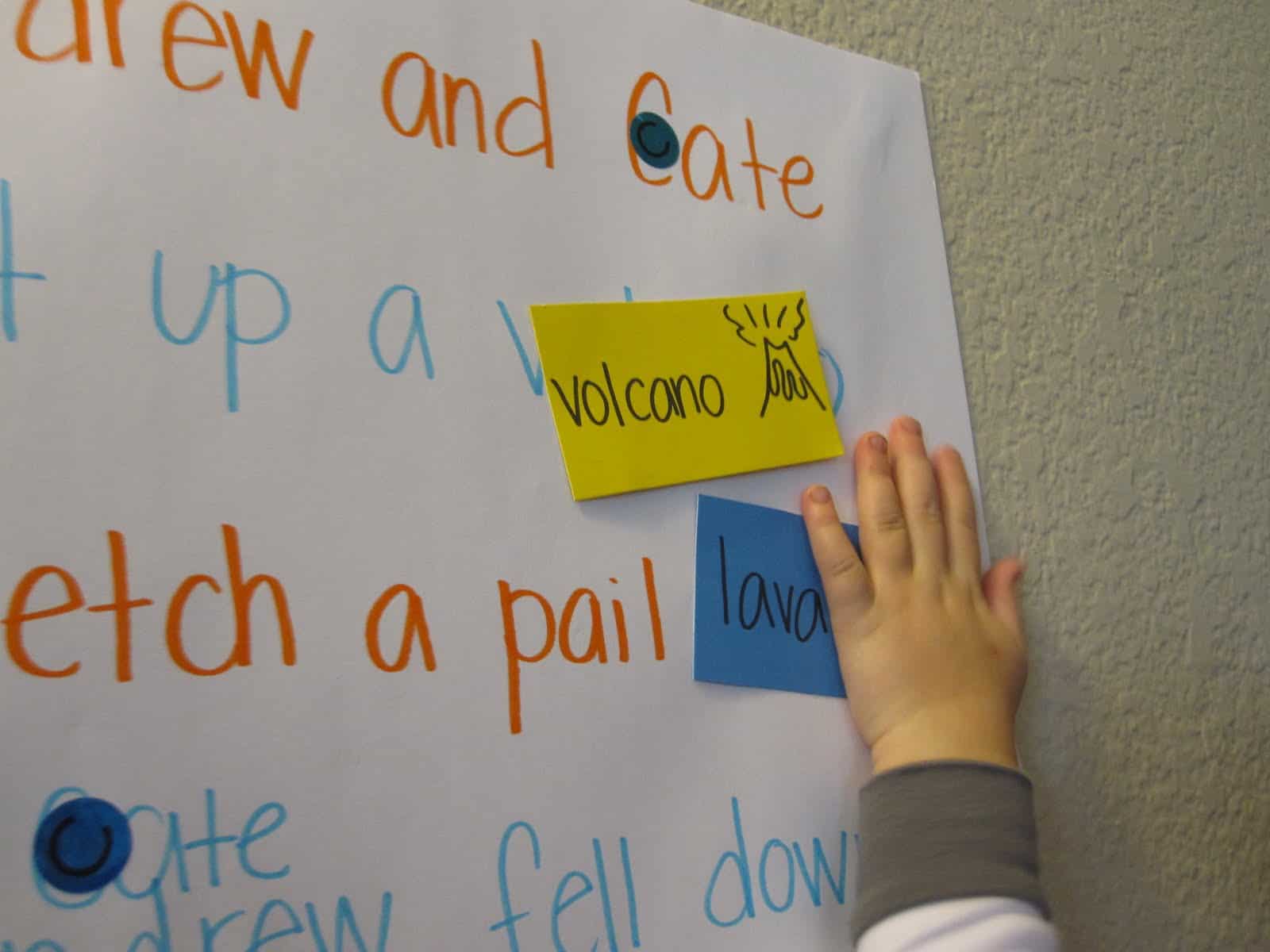 First we read our large version of Jack and Jill and my little guy told me which words he wanted to change. I wrote them on some cards and drew a picture next to each word. 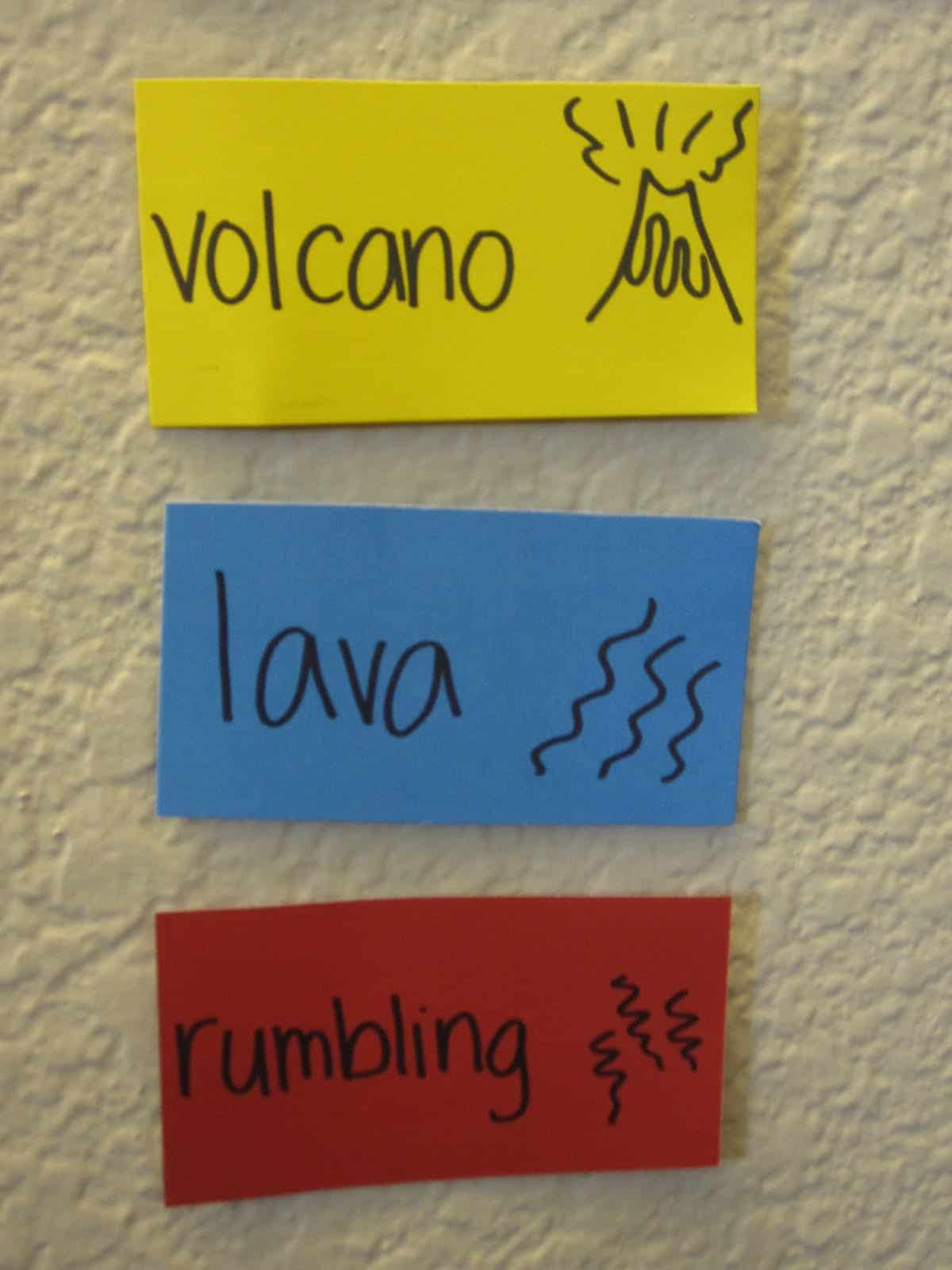 Then we wrote out our new version and he told me what to write. We changed the names of Jack and Jill to our kid's names. 🙂 Then we grabbed ABC stickers and went on a name hunt. 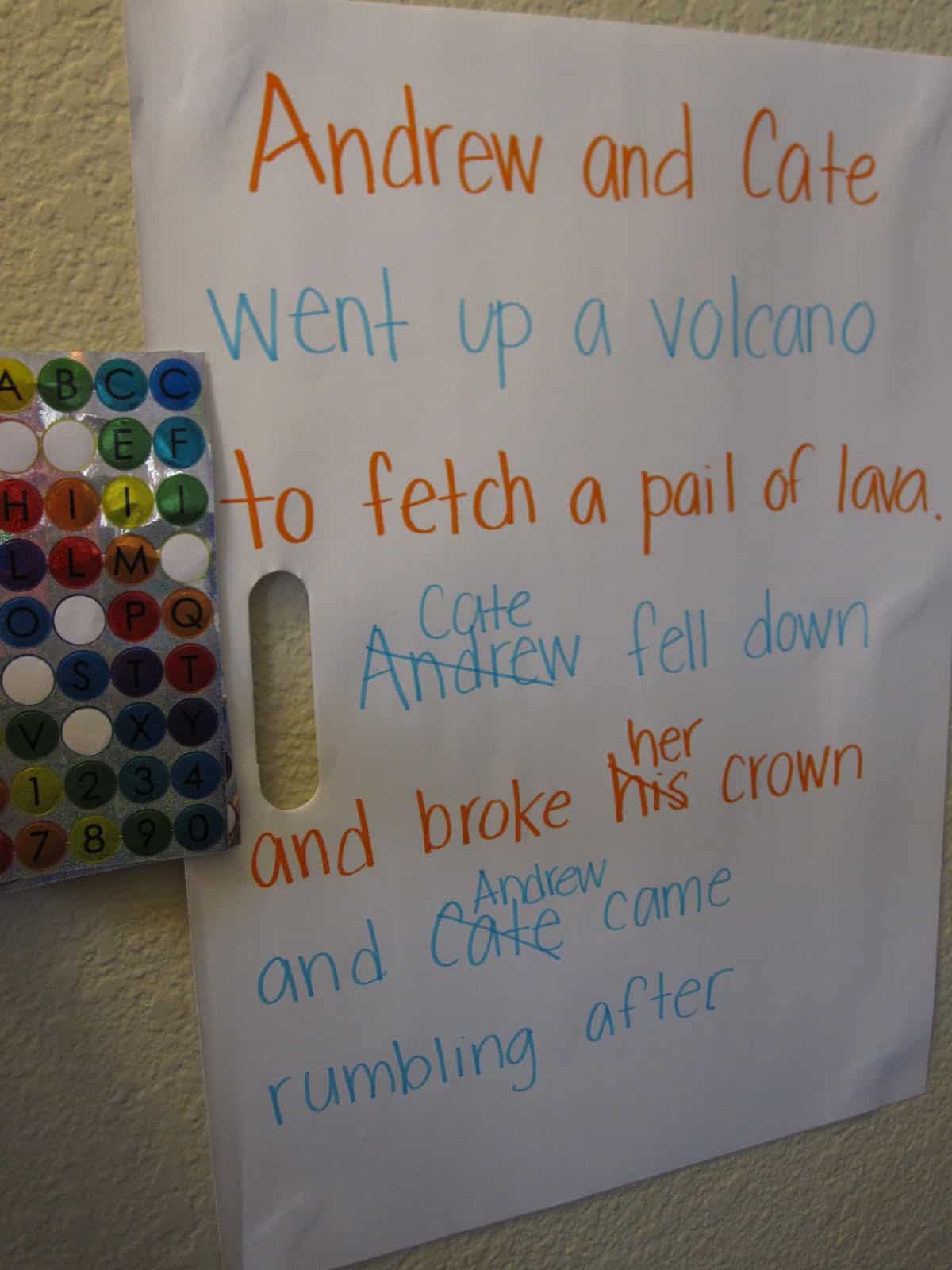 My little guy looked for his name and whenever he found it in his nursery rhyme he found the first letter and stuck a sticker on it that corresponded (A for Andrew)! Then he did the same thing for his sister's name. 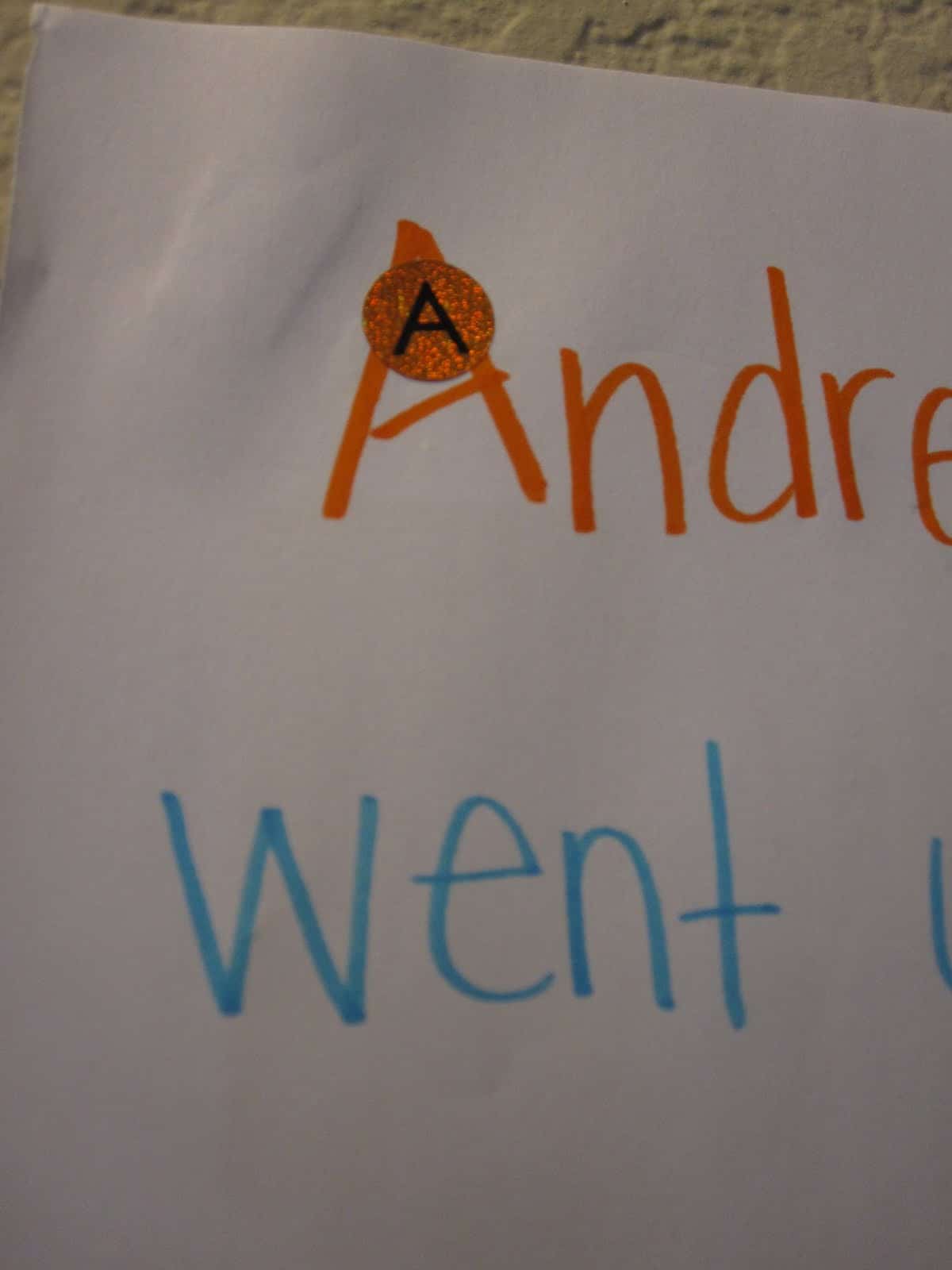 Next we read the story a third or fourth time and matched our picture cards to the written words in our rhyme. 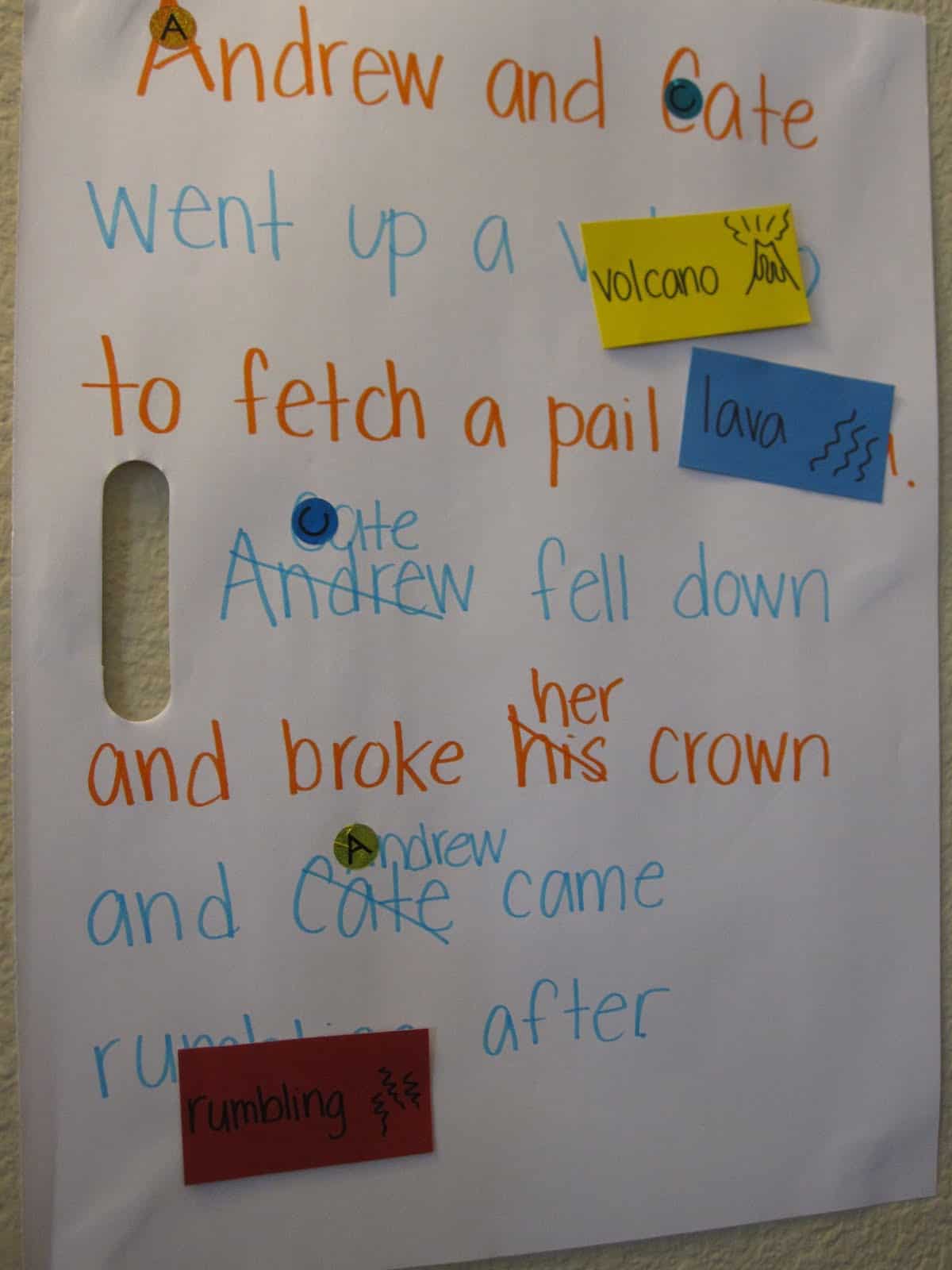 Then the little guy got out his magic pointer and read it again. It was amazing how well he "read" the rhyme that he wrote. He was definitely more excited about his version as well. 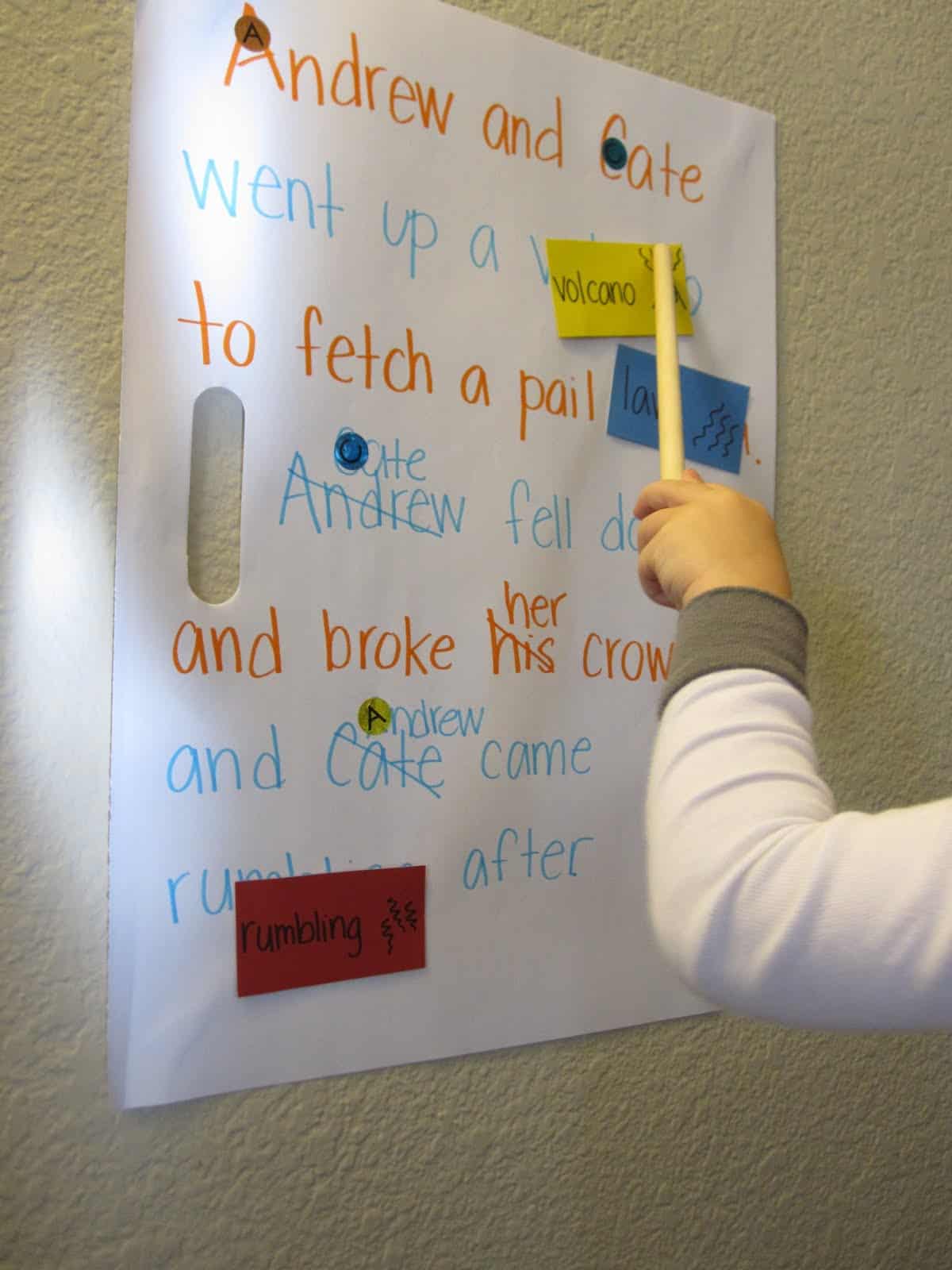 It is now posted up in our family room so that he can read it again and again.

Now we're off to Fairyland to see if we can find Humpty Dumpty and Jack and Jill! We'll share some more nursery rhyme fun later this week!