We did a little sink or float experiment with our sailboat... but first we had to make it! 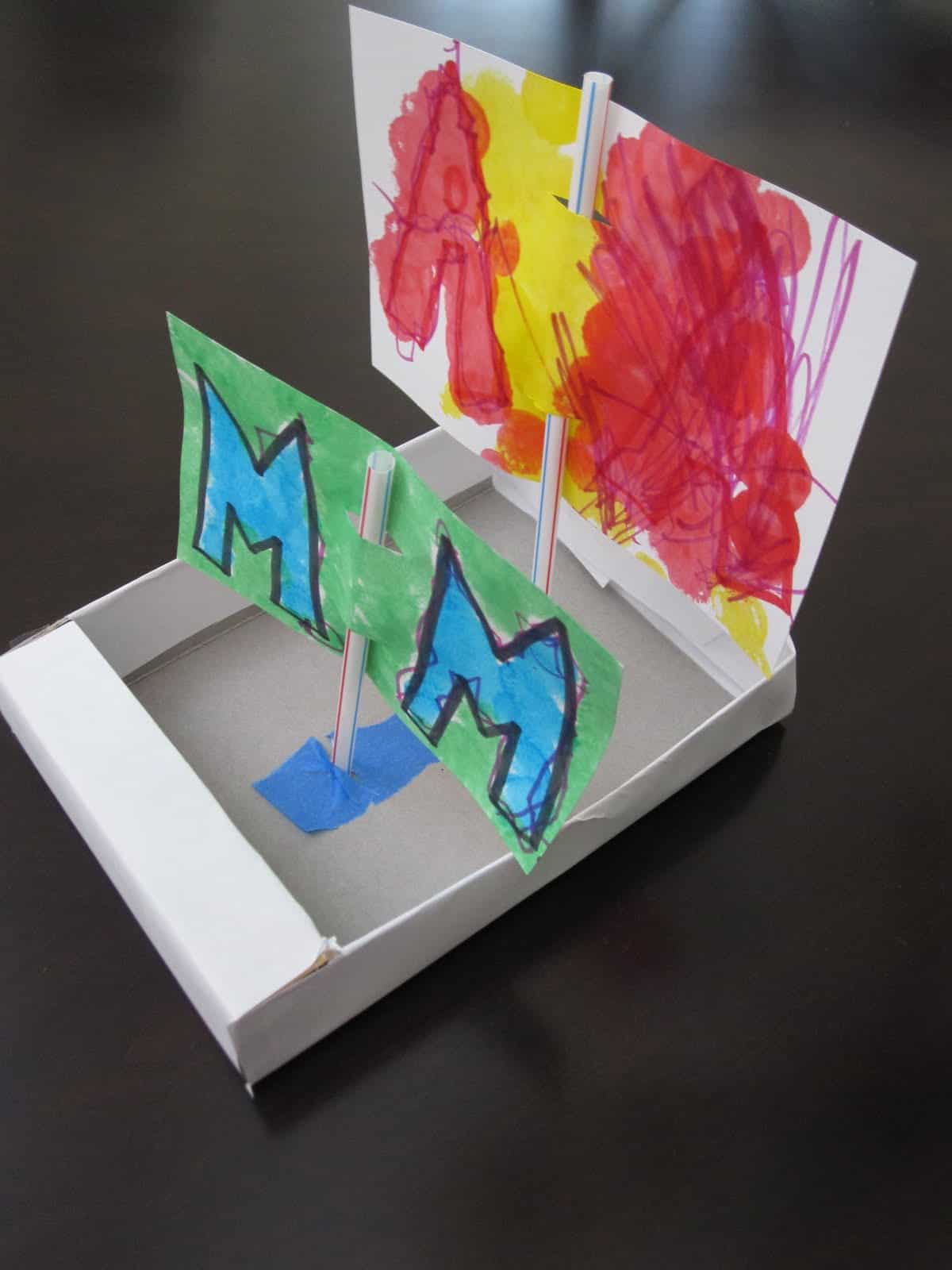 Materials Needed: old box (ours was a recycled brownie box), scissors, white paper, markers, straws, tape,... and a waterway to test it out. 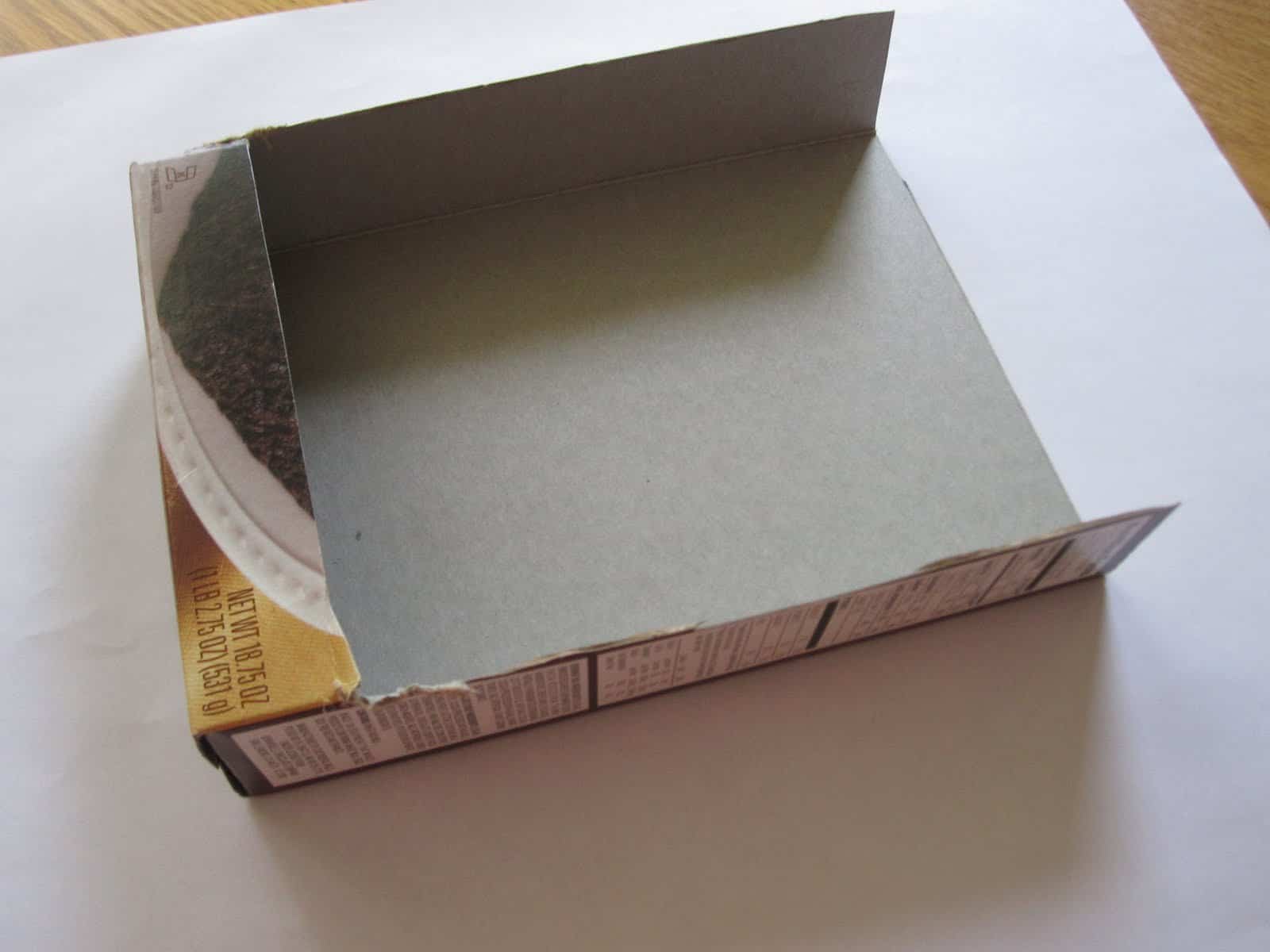 2. Then we wrapped up the box with white paper to create a clean canvas... and taped the paper to the box. 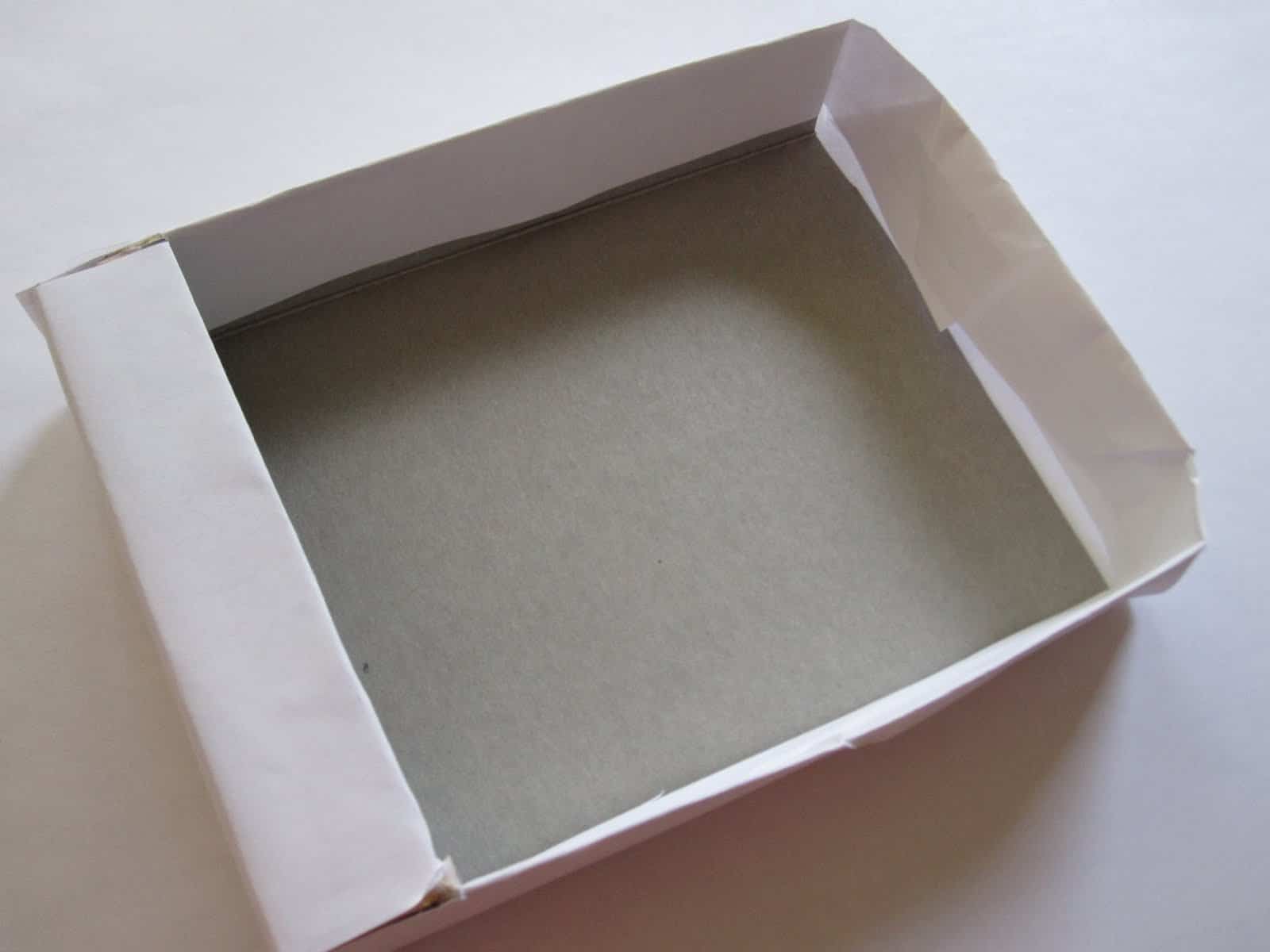 3. We slit two straws at the ends and then stuck the slit ends to the boat with tape. The slits helped the straws lay flat. 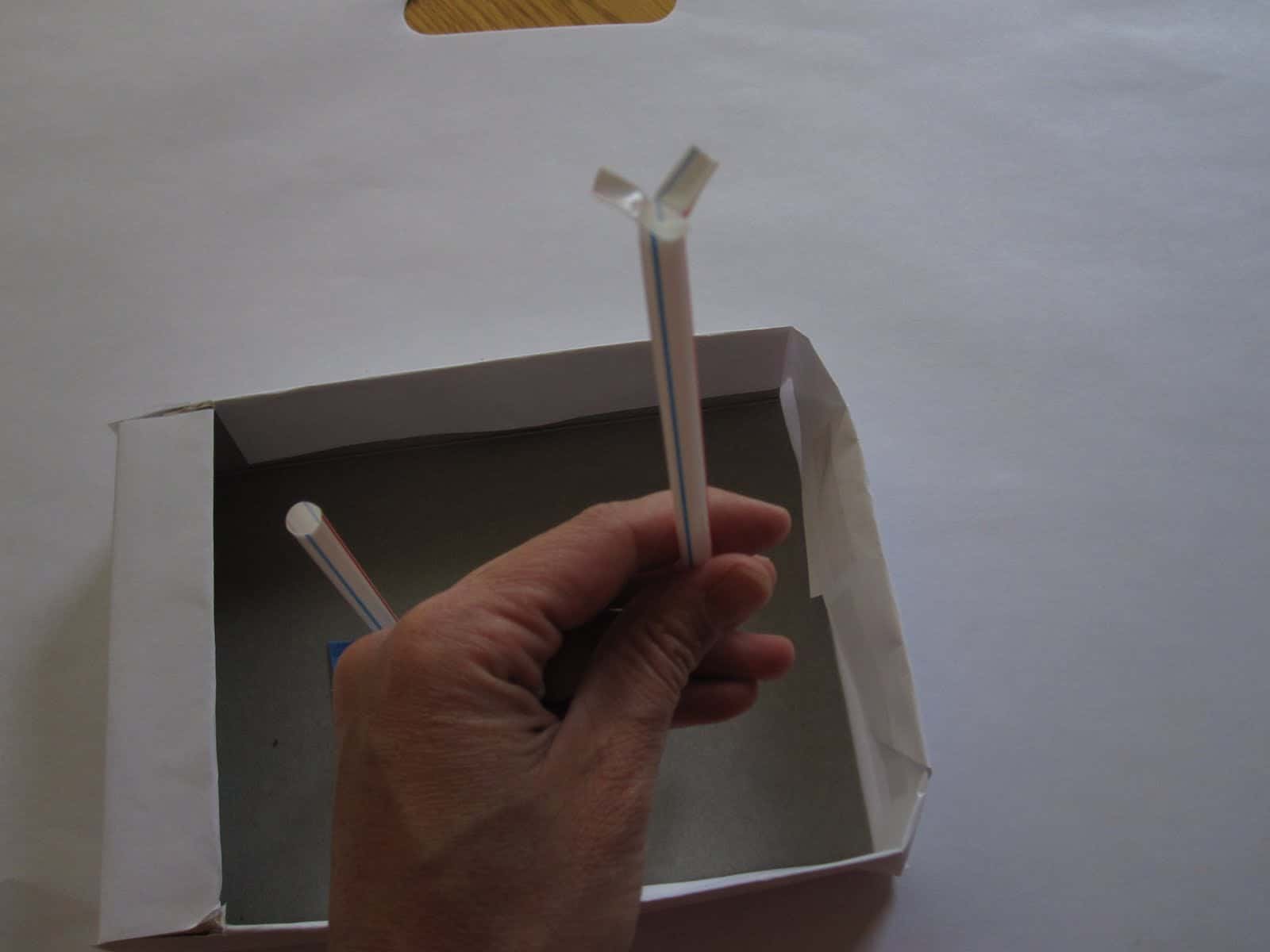 4. We cut out some rectangles from paper and then put 2 holes in each of them for the straws to go through. 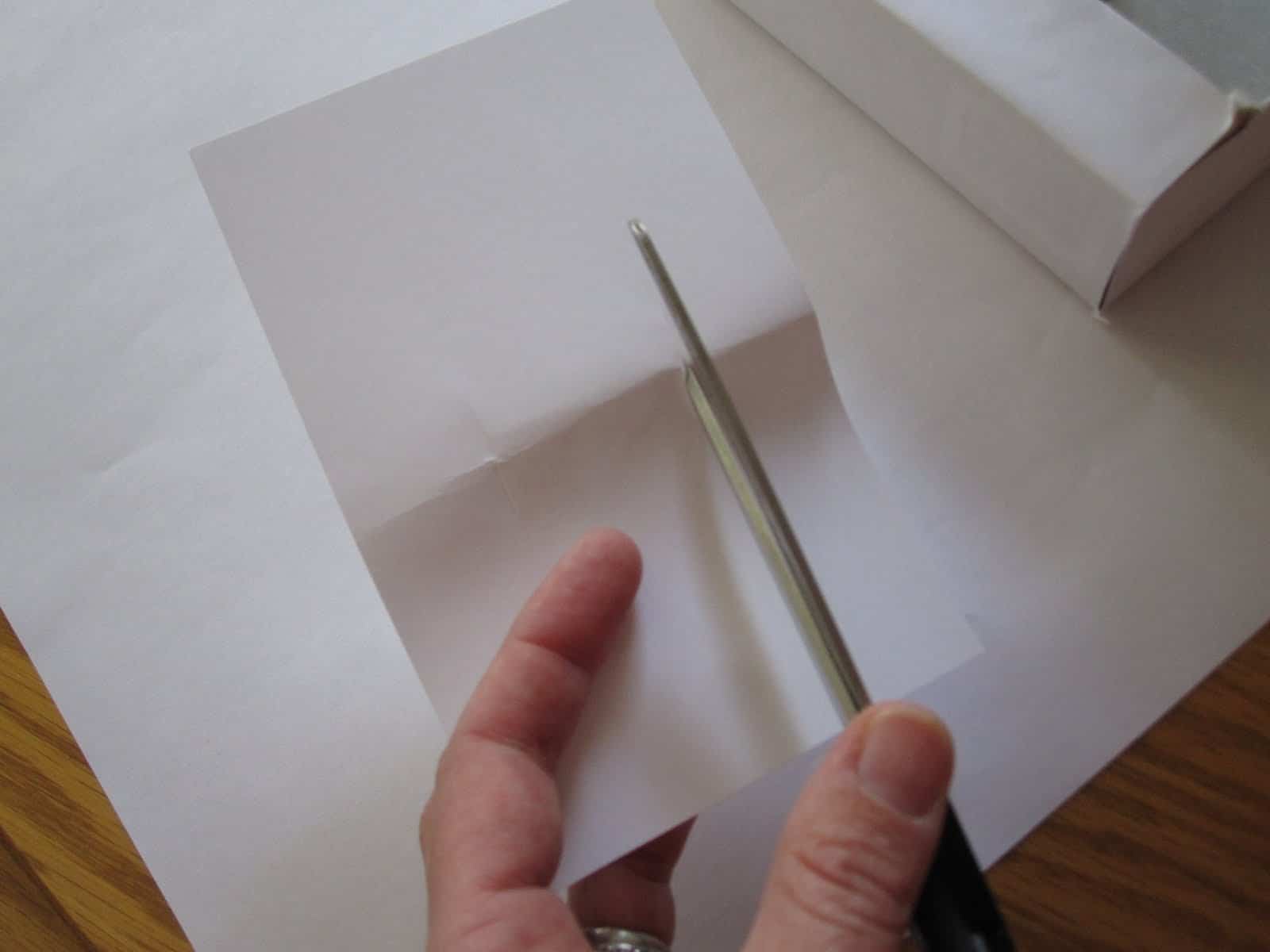 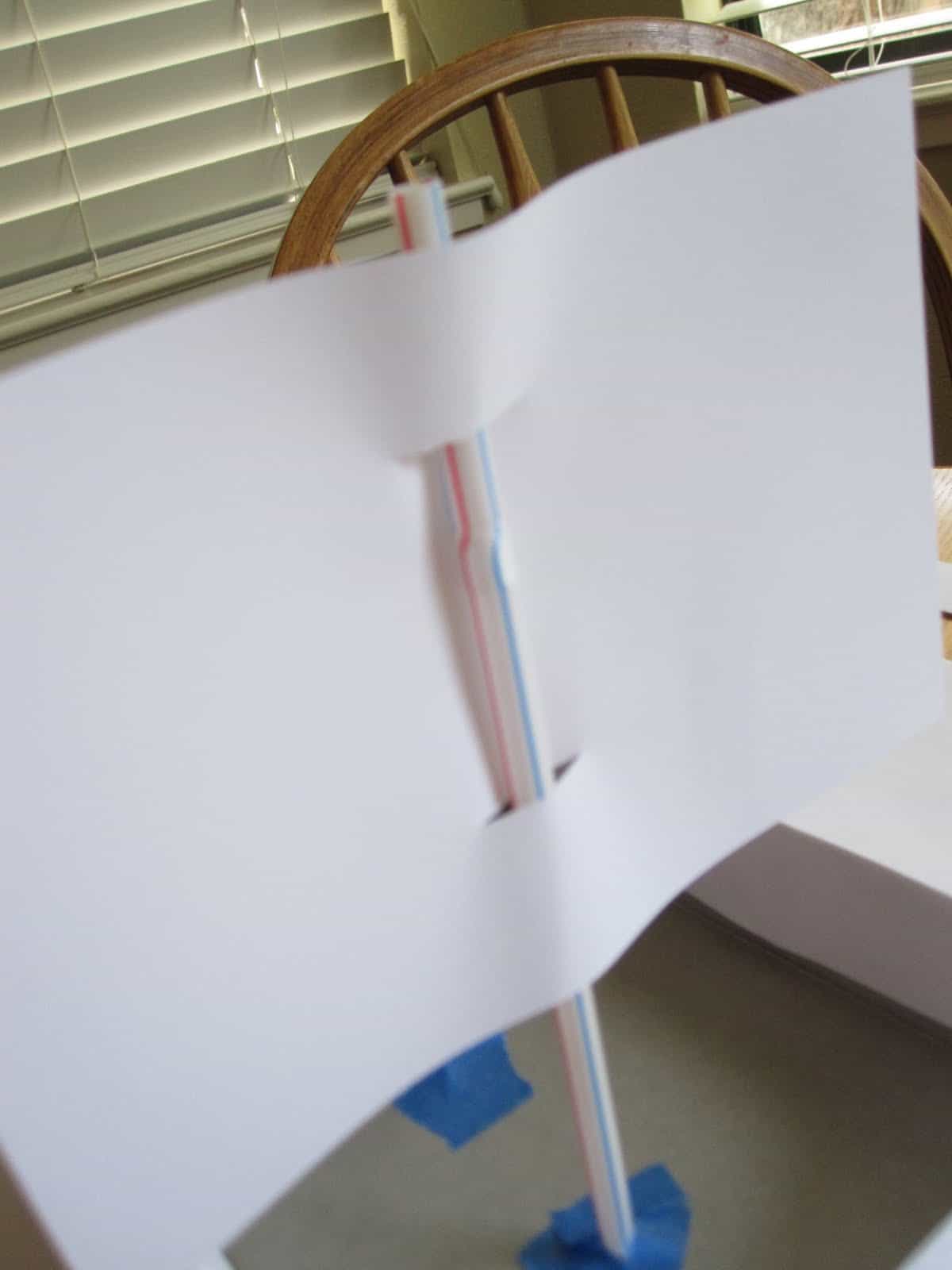 The first part of this activity is totally a mom project (I did it during my son's "naptime"- he was upstairs in his room singing and not sleeping though). Older kids could help or do the beginning steps alone, but the under 4 crowd will need some help. 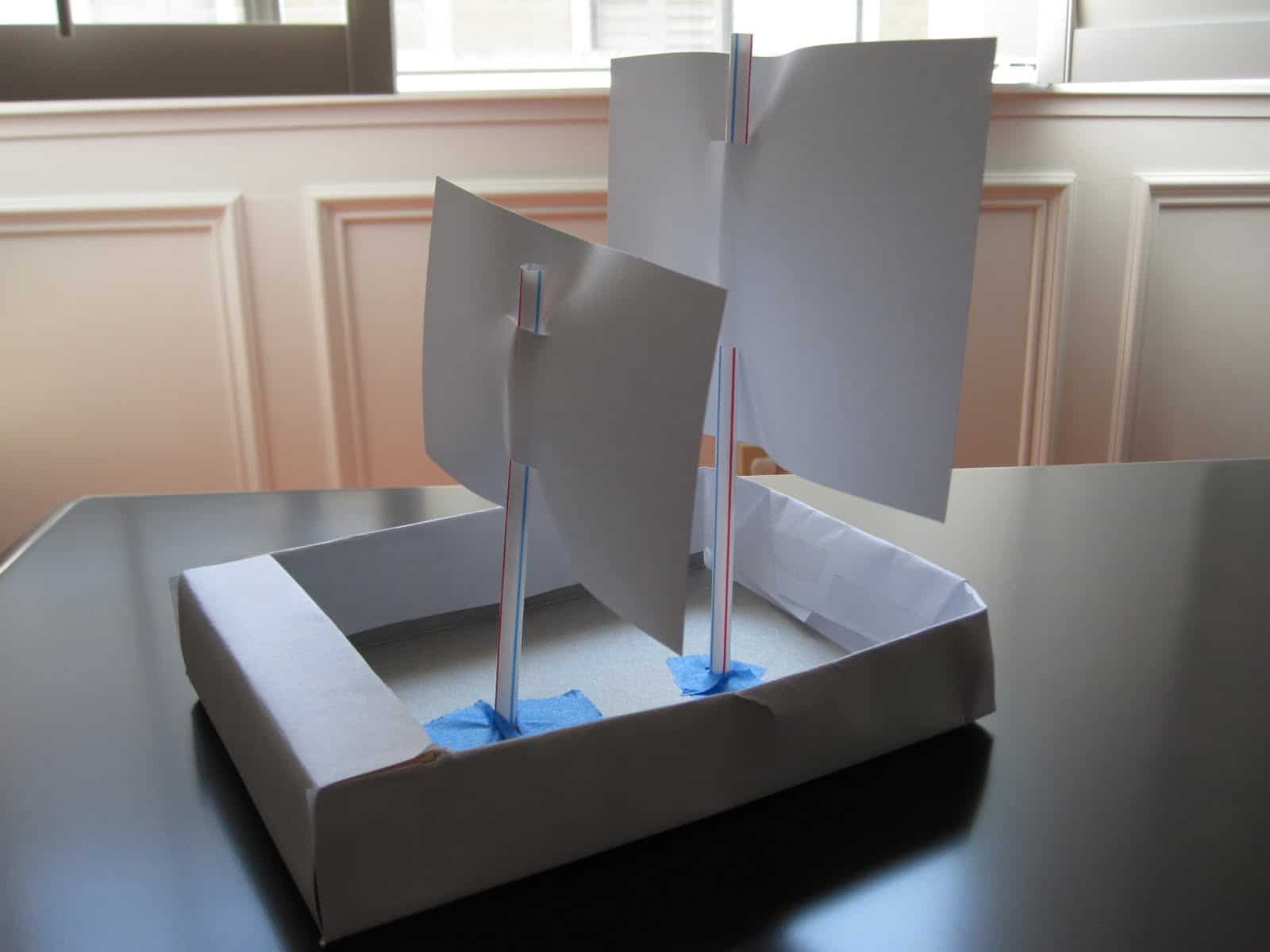 When my little dude was done singing and all done with his "nap," we started decorating his sailboat. He insisted that one sail had an "A" for Andrew on it and one had an "M" for mommy... so I got writing. 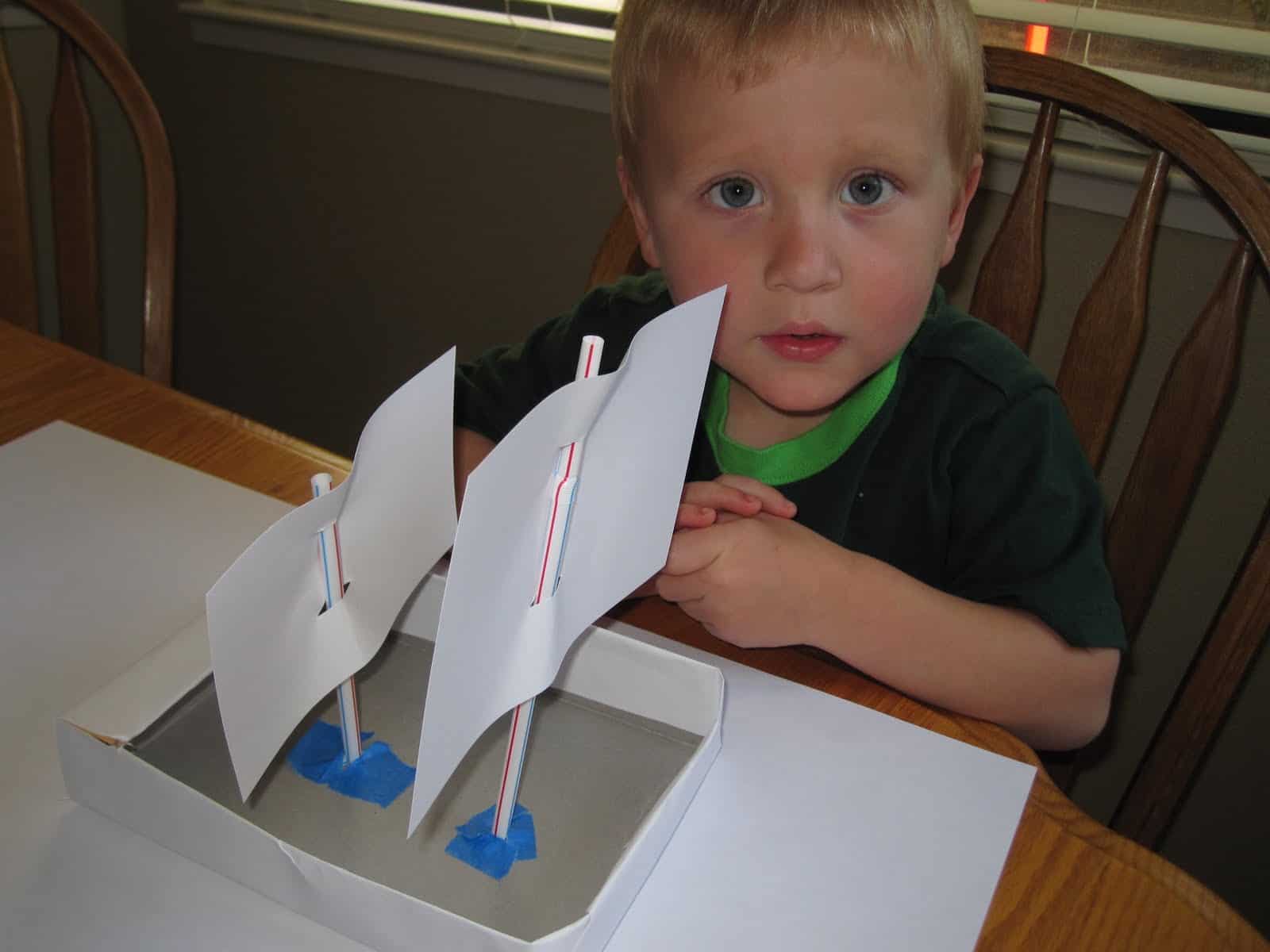 Then he added more details. He spent a long time just tracing the letters... which was surprising to me. 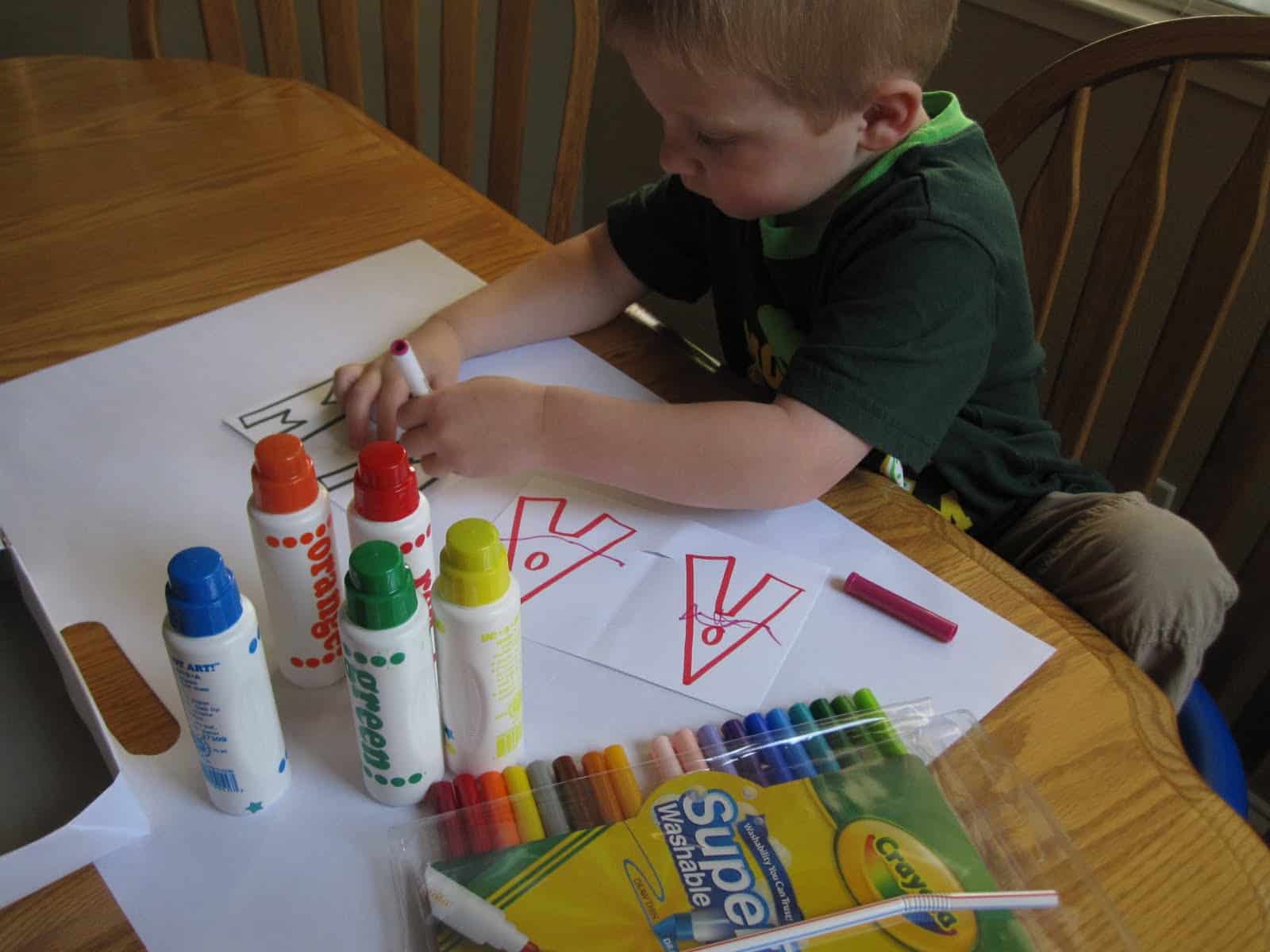 Then he colored them in and then we did some dot marker painting. 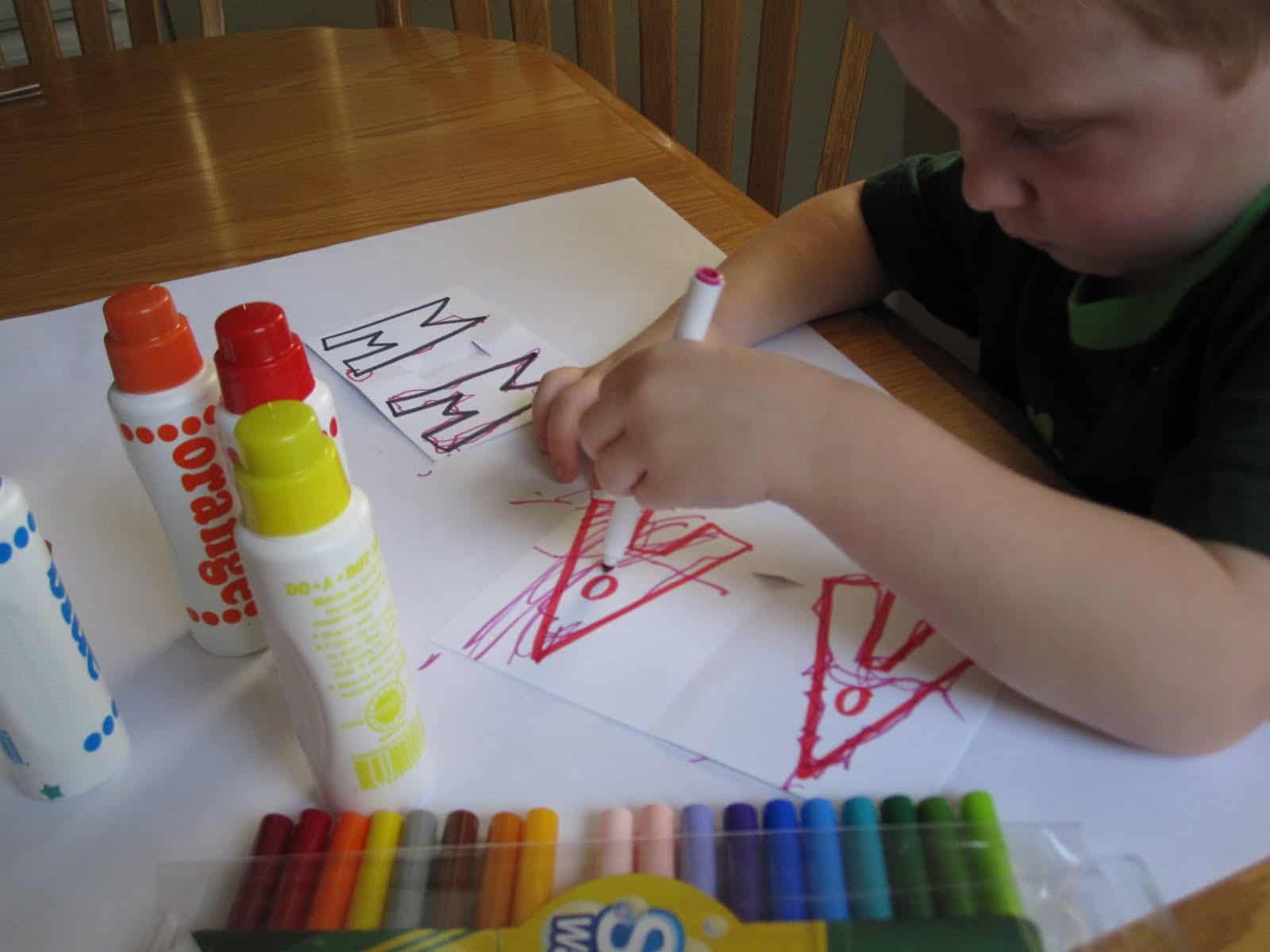 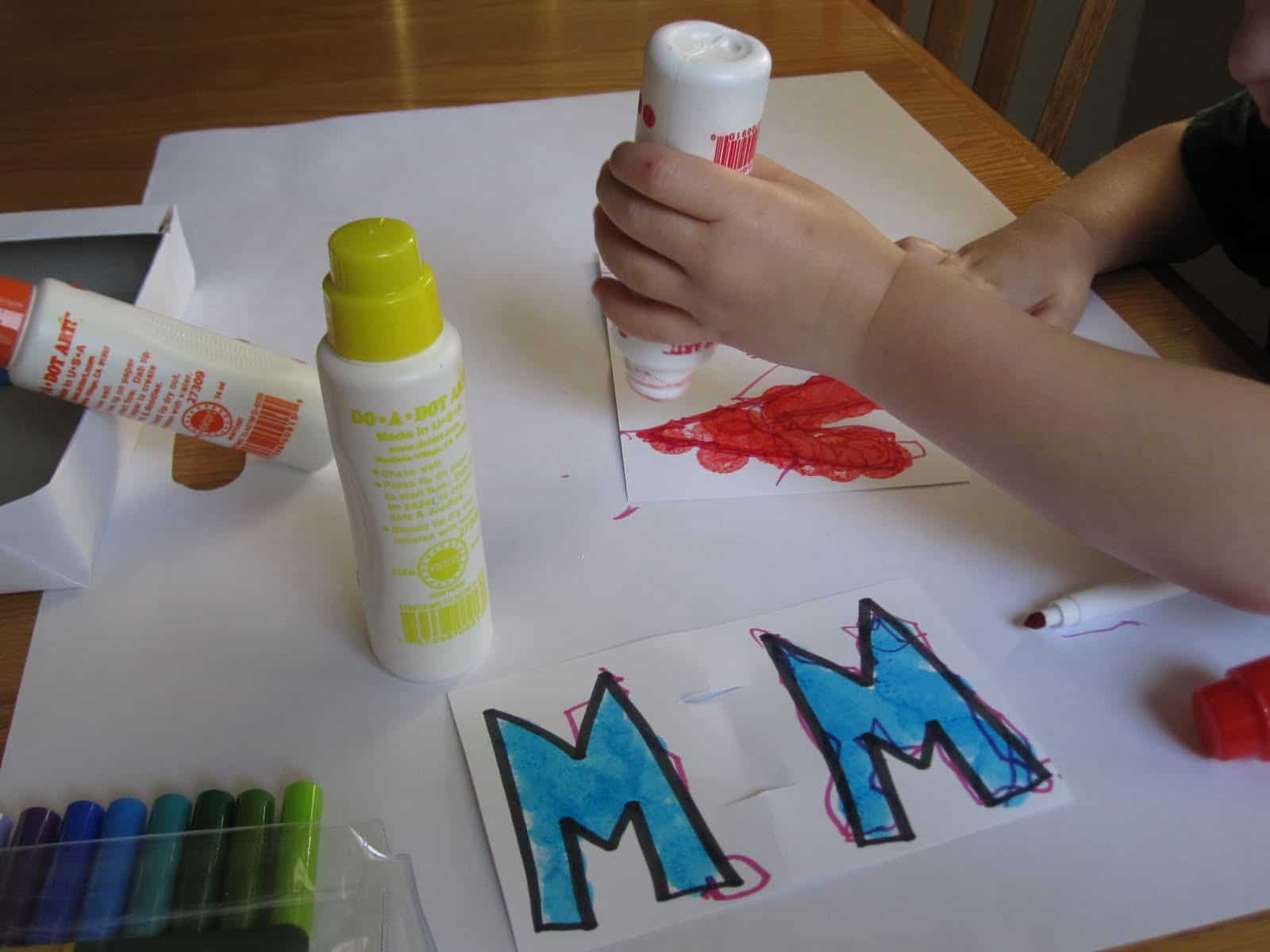 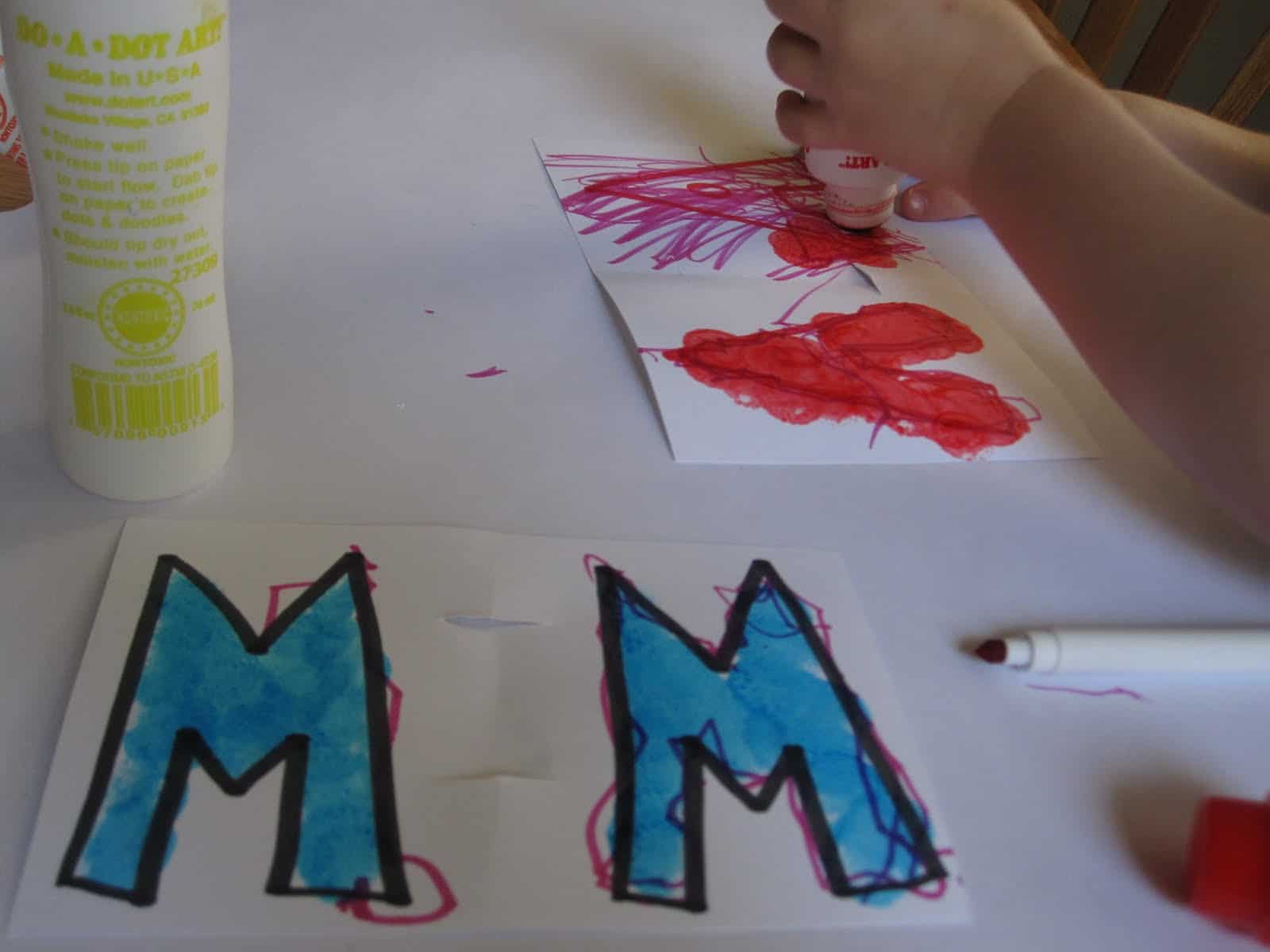 We let everything dry and then we packed up the jogging stroller and jogged to our nearby park with a big lake and waterfall (I always like to find a way to squeeze my workout in with our park trips). 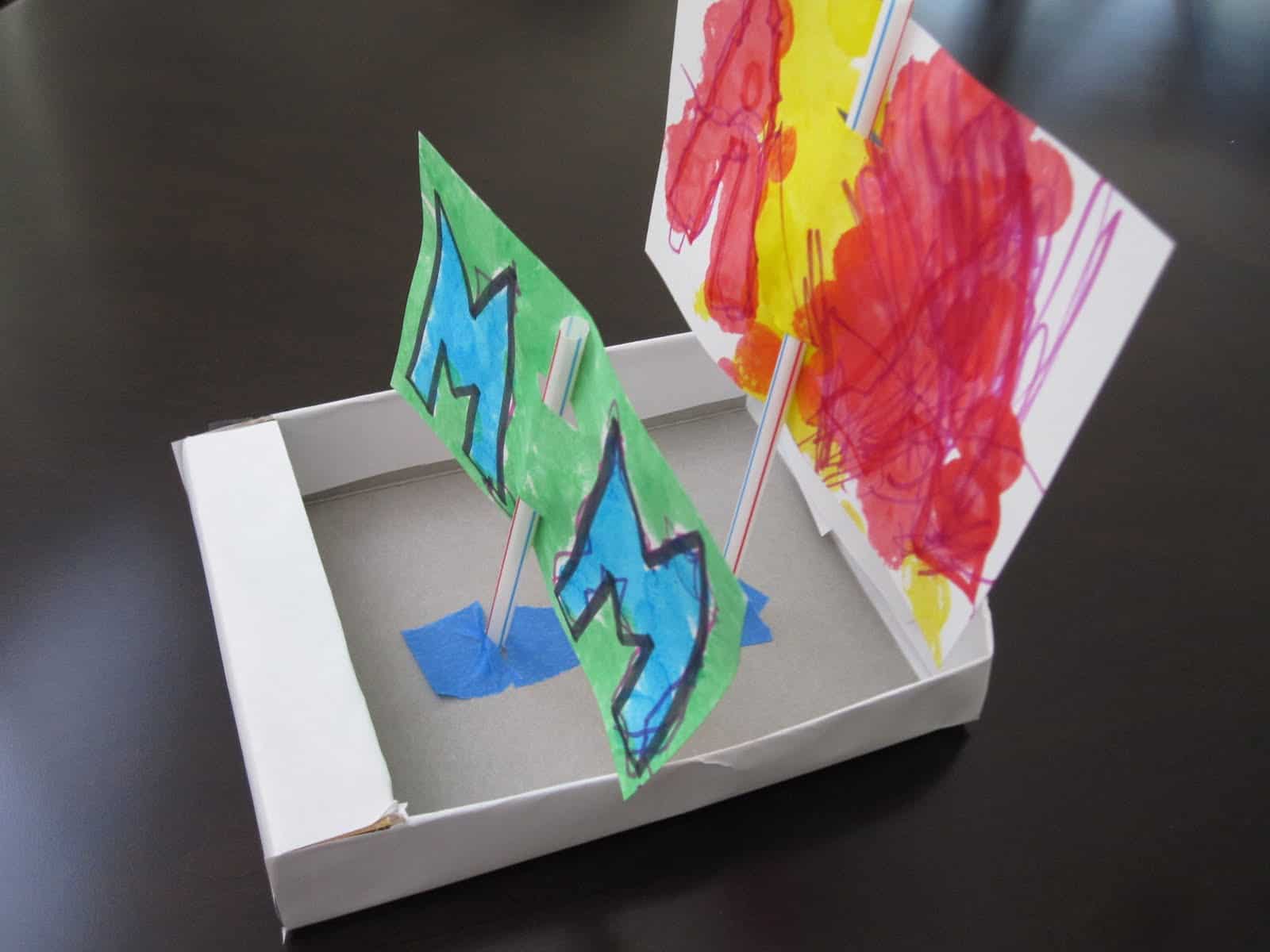 The boat looked beautiful sitting next to the calm lake water. We had spent a lot of time making hypotheses about what would happen. My little guy thought it might sink. He couldn't say why... but that was his guess. I thought it would be fine. 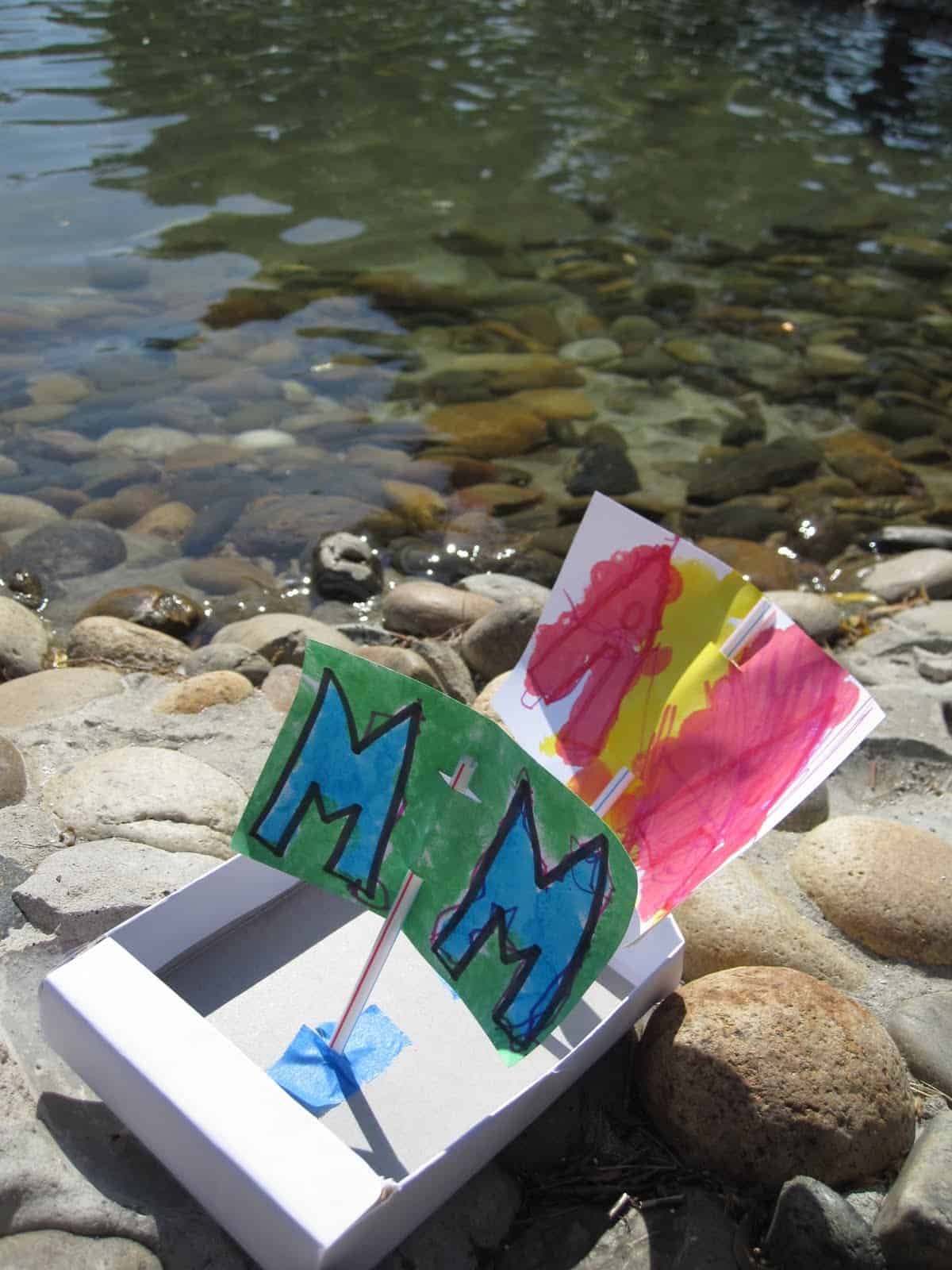 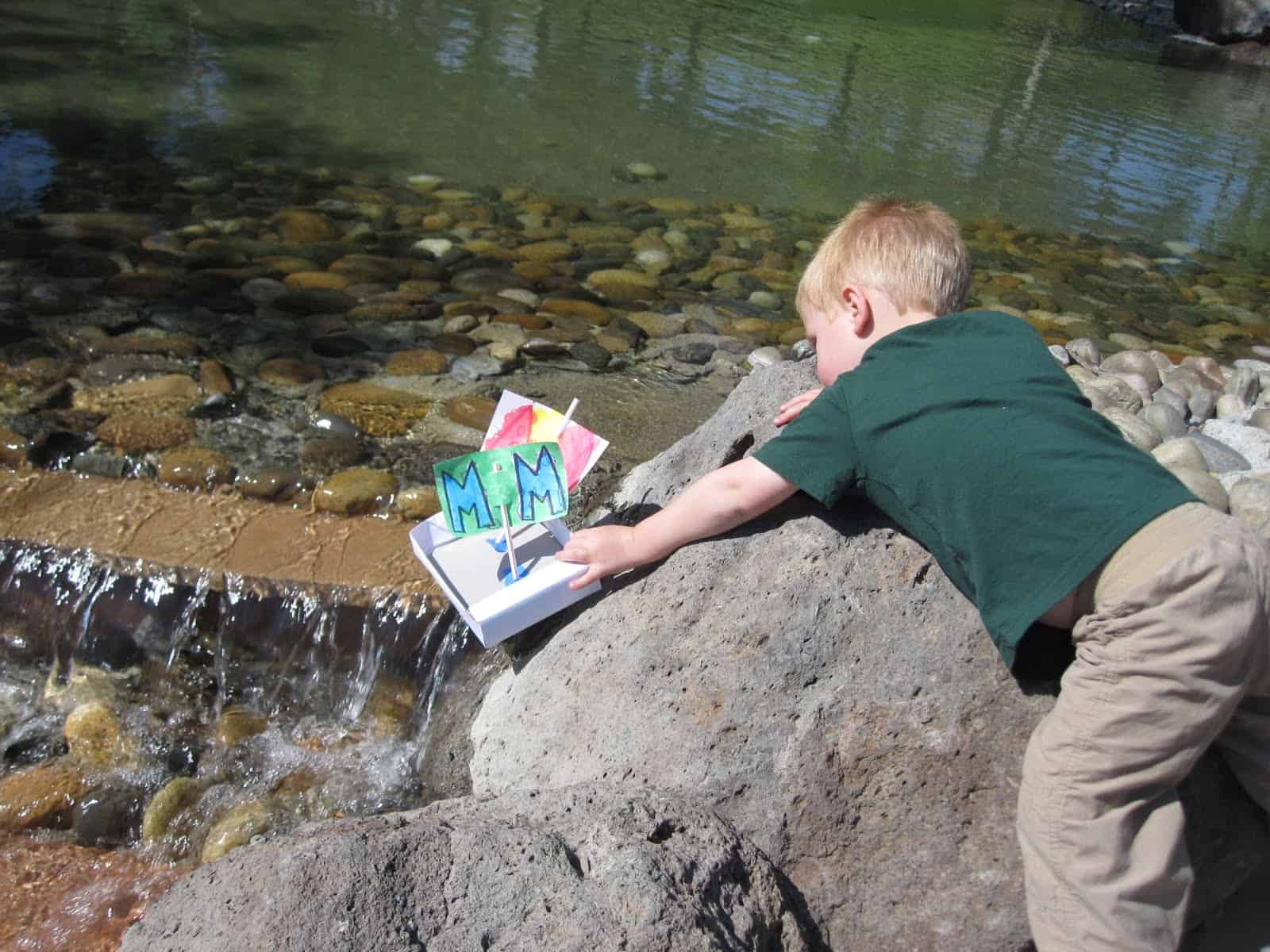 It didn't make it over the rapid and just got pummeled with water. It was filling up fast when I saved it.  The little guy was a little traumatized that the sails has almost washed away. 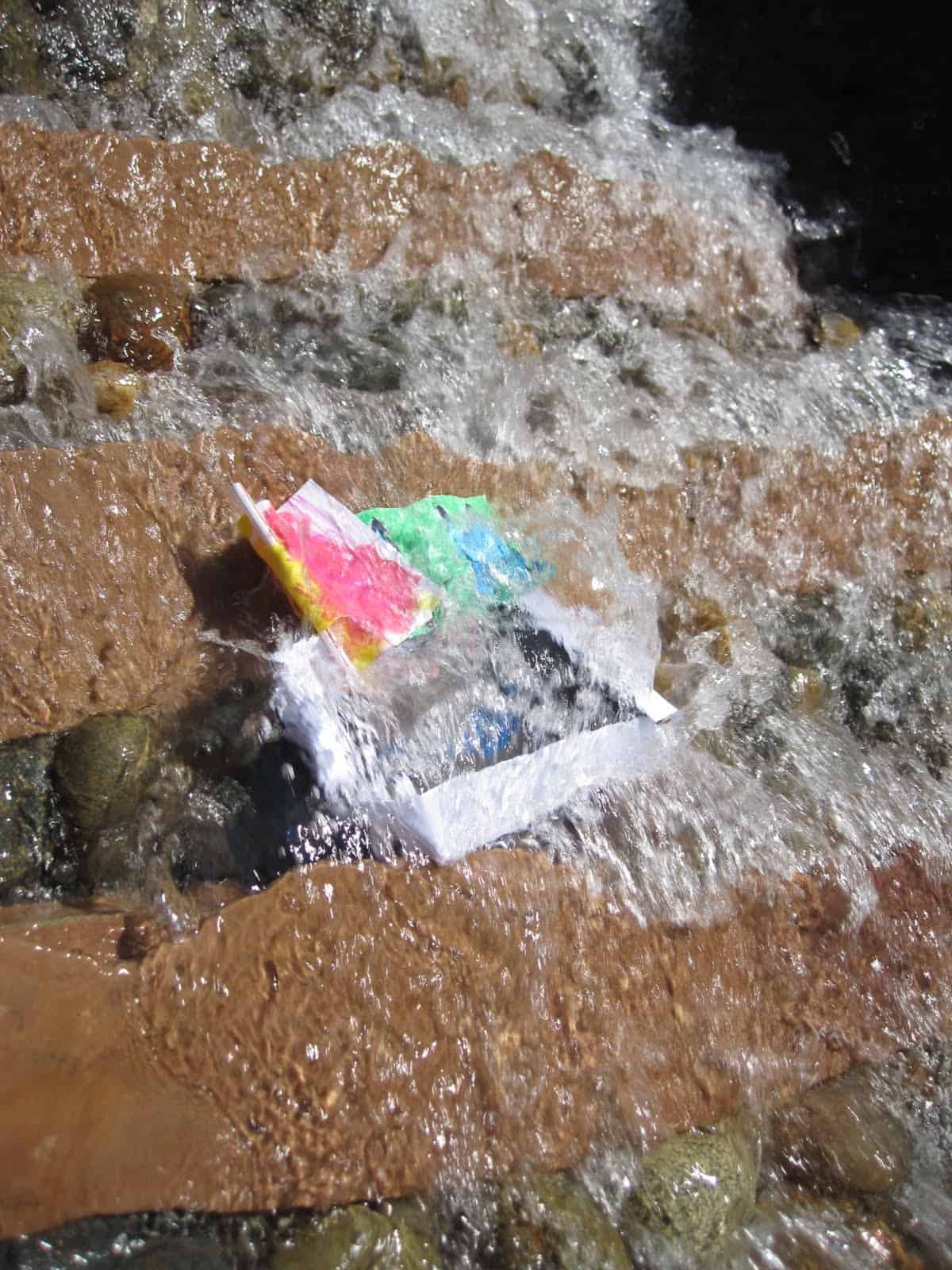 We stripped off the wet sails and tried again with just the straws and bottom part of the boat. We made new hypotheses. This time, we started it at the bottom of the waterfall (since the water was too shallow on the falls and was also too fast for our little boat). It floated! 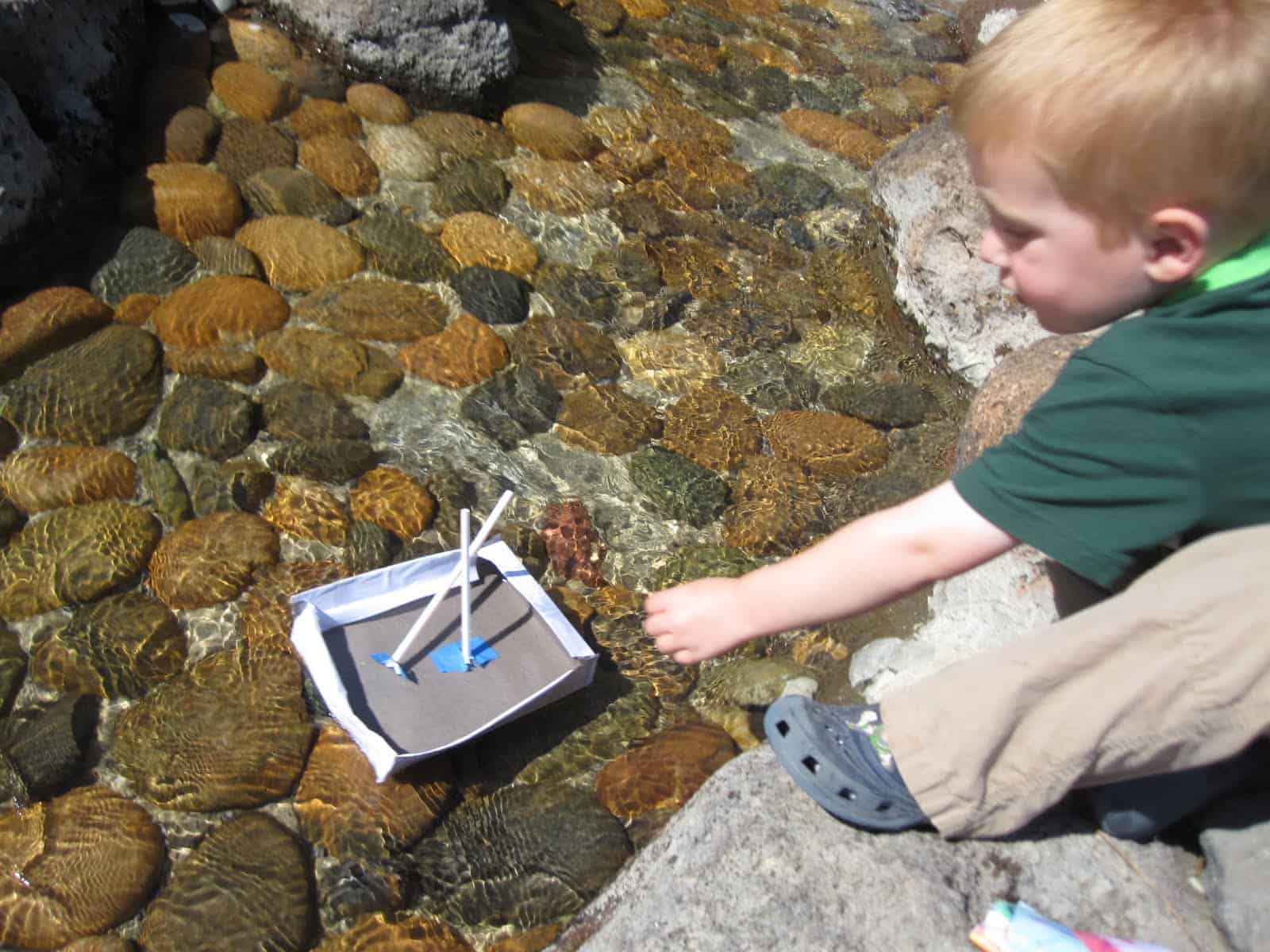 Once it started getting too wet (the extra paper wrapping I added might not have helped), we broke it apart and had straw races instead. 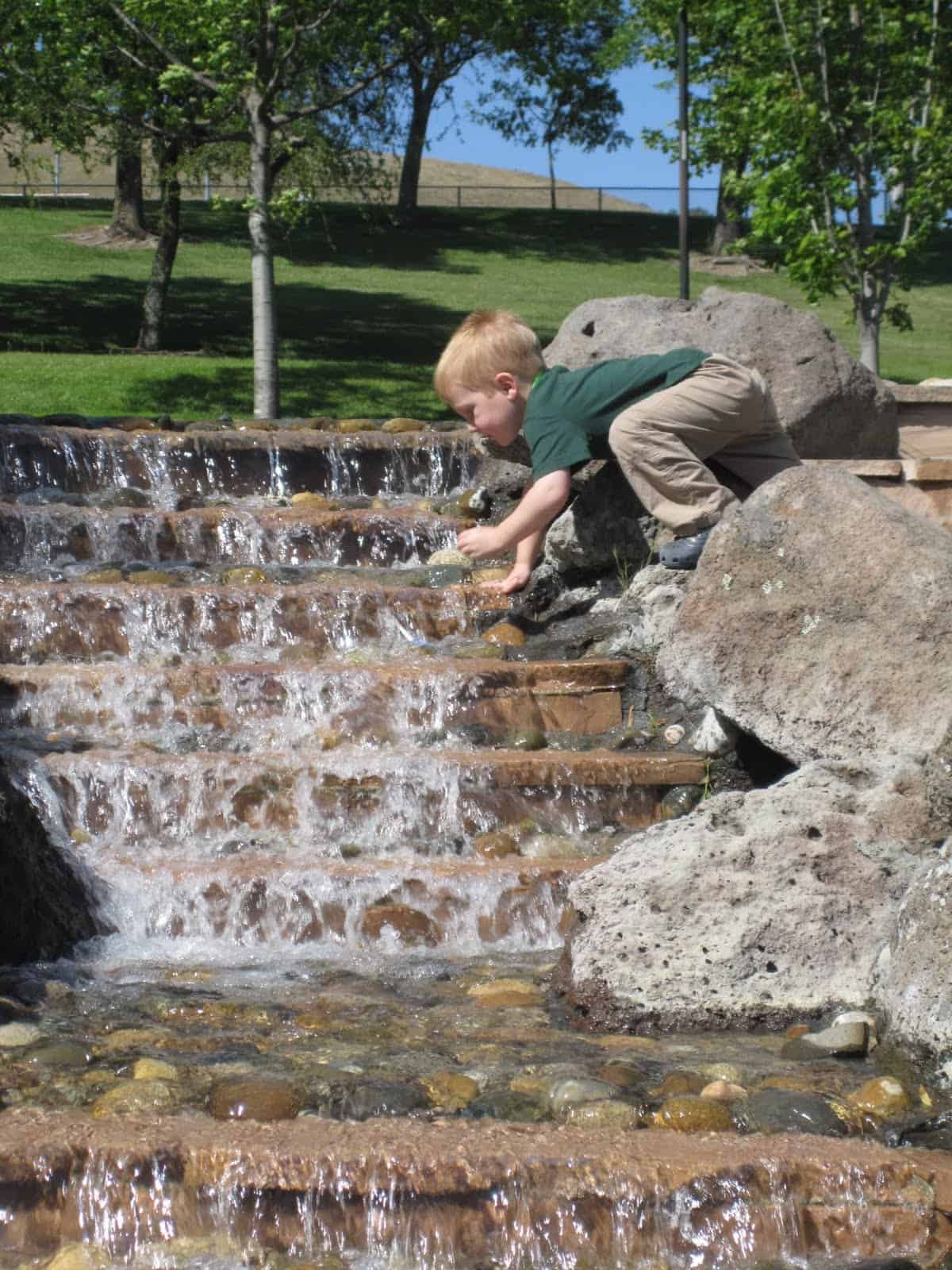 The coolest part of the day was when my son's straw got stuck in the waterfall and then water started shooting through it and making it like a little fountain. 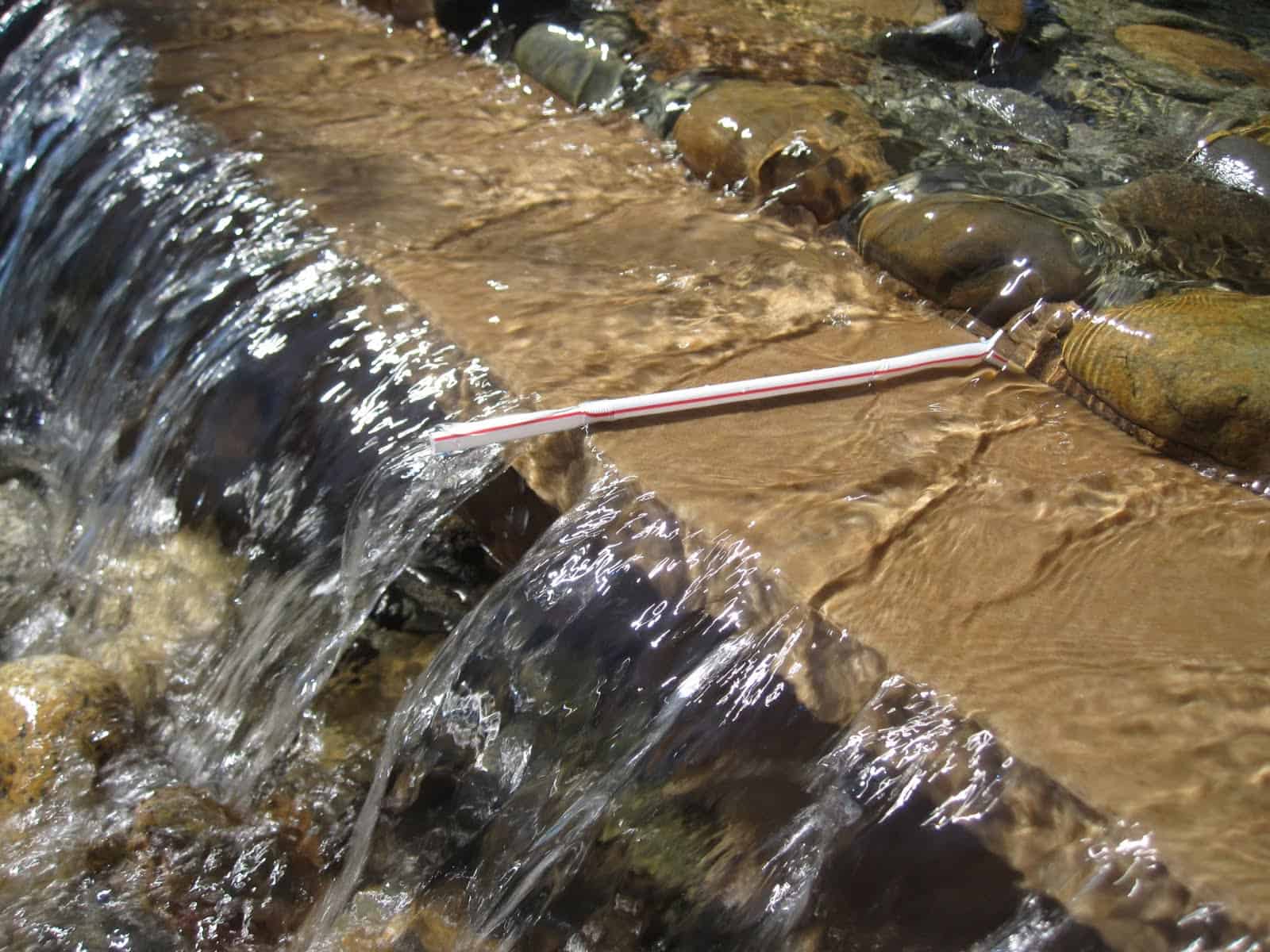 Straw races and boat fun could've gone on all afternoon! The little guy kept finding new things to throw into the water... but first he'd tell me if it would sink or float. It was such a fun way to do some science experimenting. I have a feeling we might be doing this activity all summer long.