I introduced the lowercase letter t last week with this quick letter project. We wrote the letter t in the air, said the letter name, the key word (turtle) and the t sound /t/. 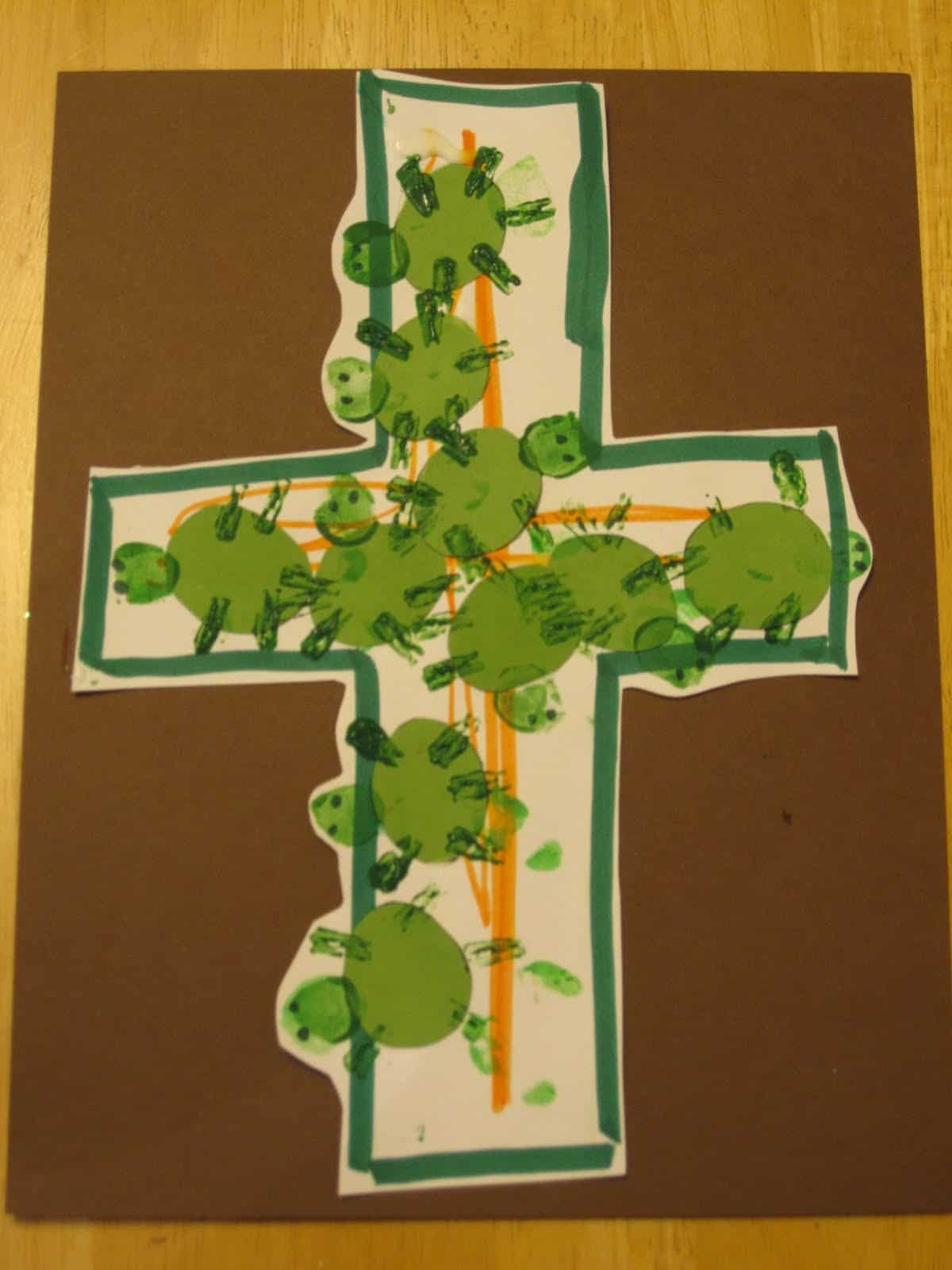 1. I wrote the outline of a letter t on paper and then I drew a t inside the letter and my son traced it. 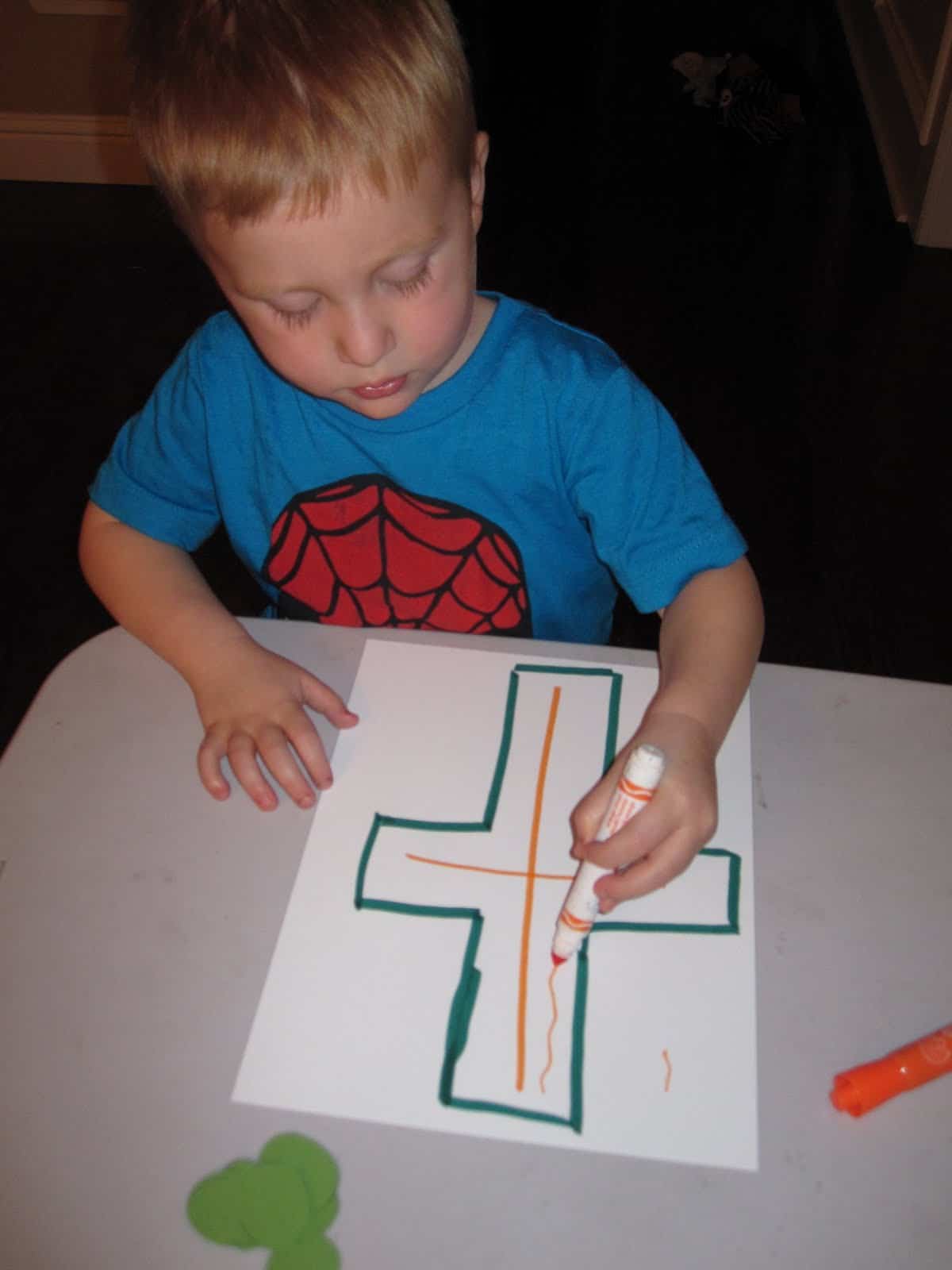 2. While he traced I cut out several green ovals (turtle shells).

3. Trace the letter with glue. 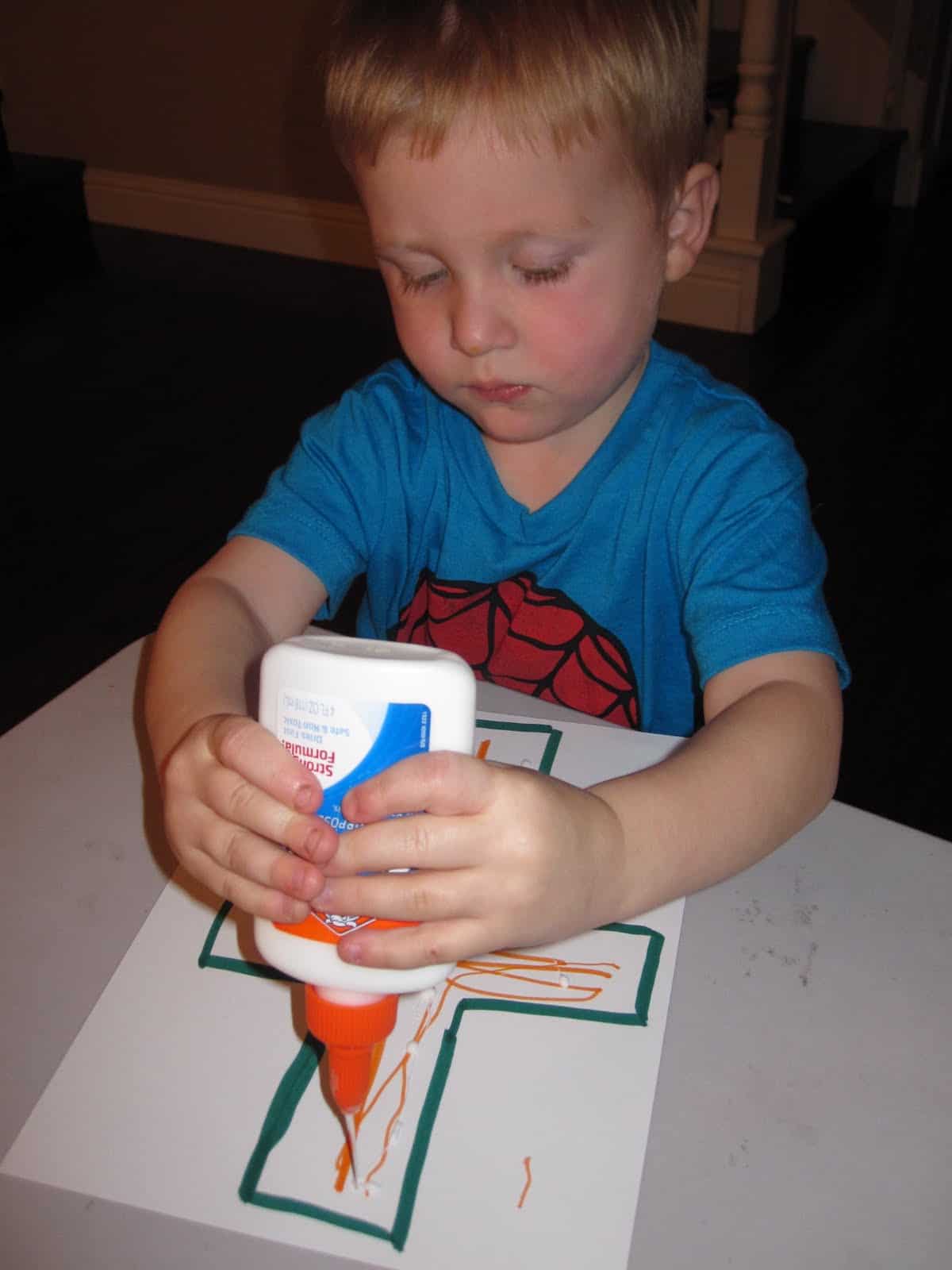 4. Stick on the turtle shells. 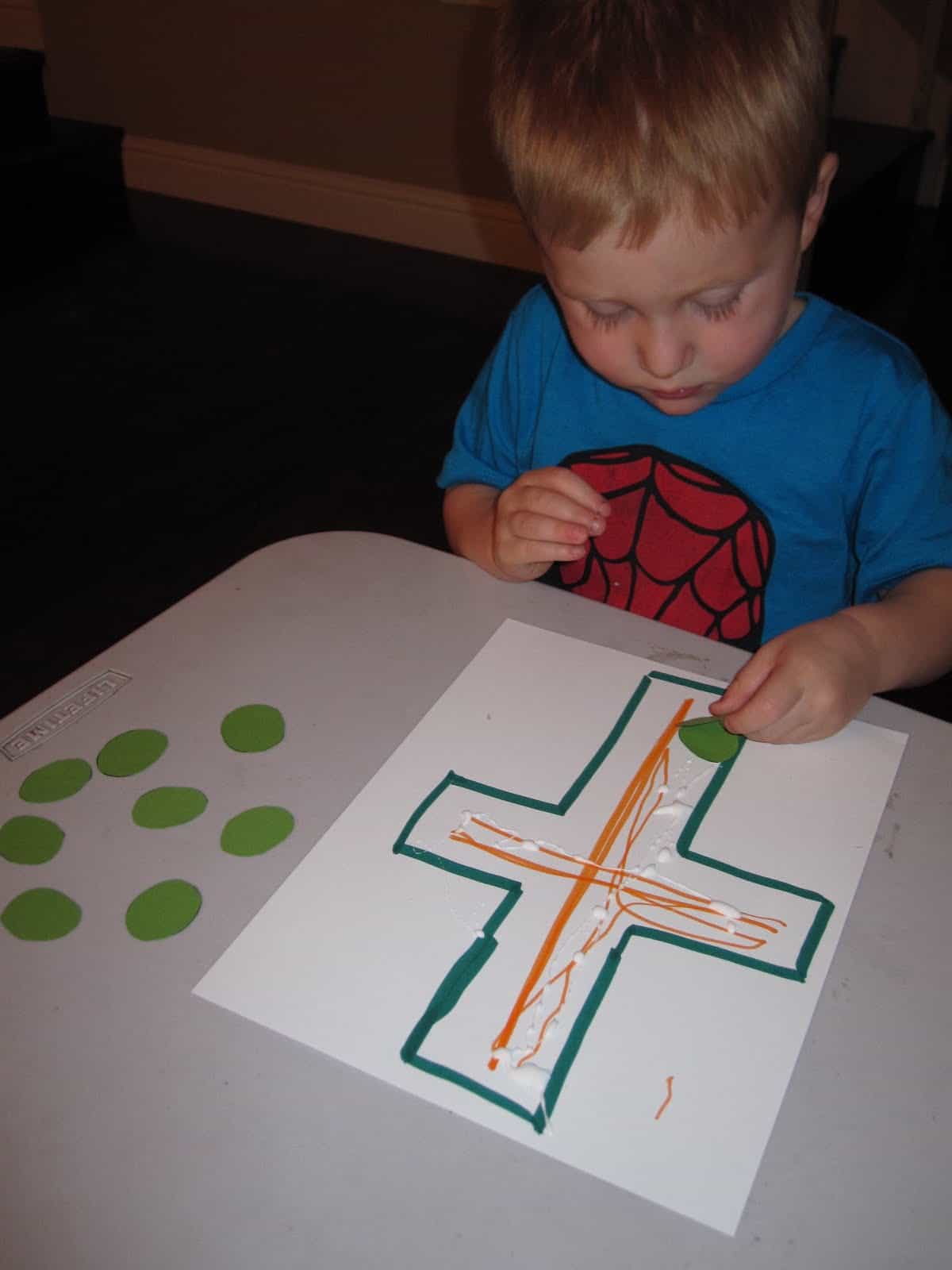 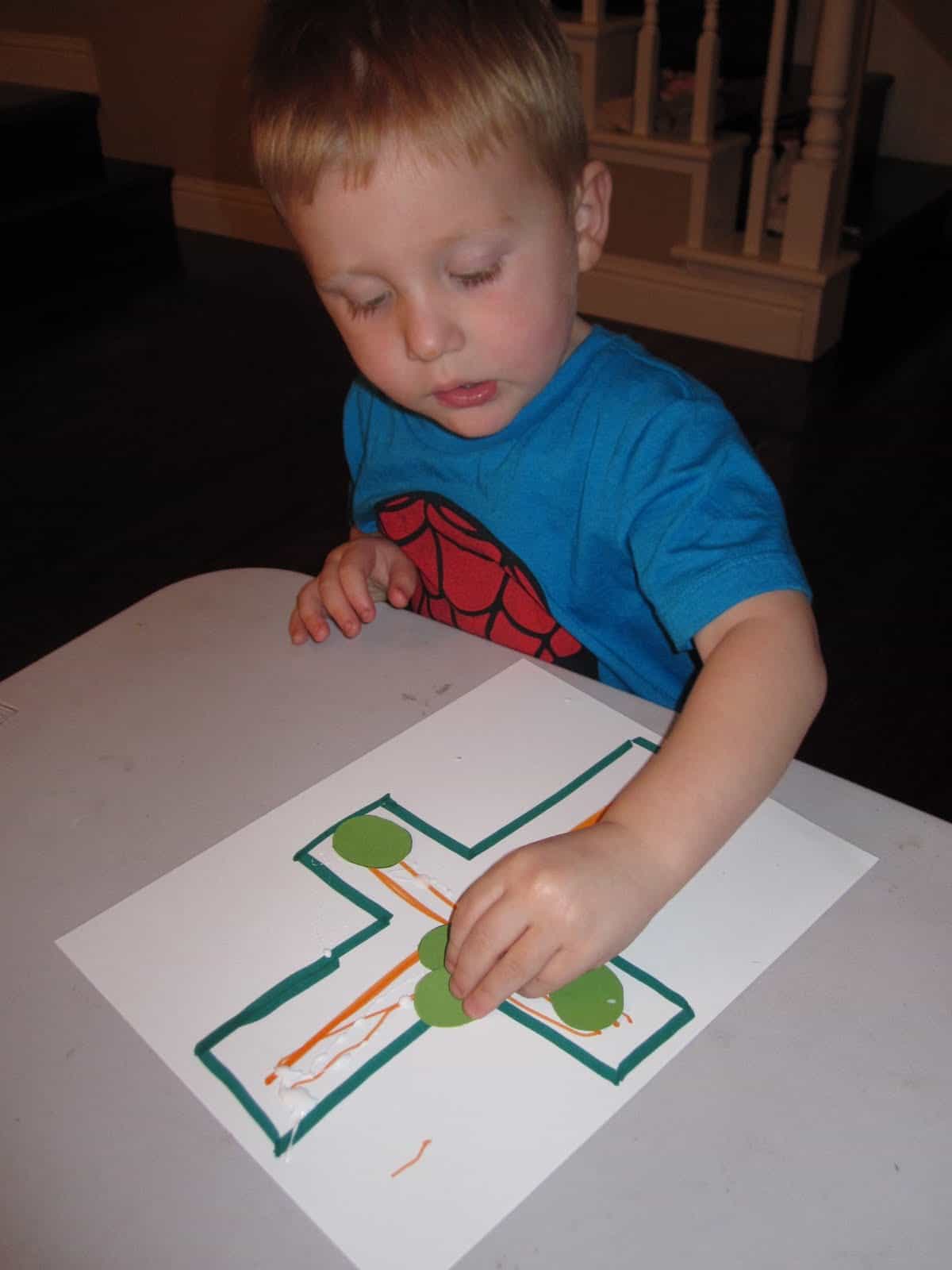 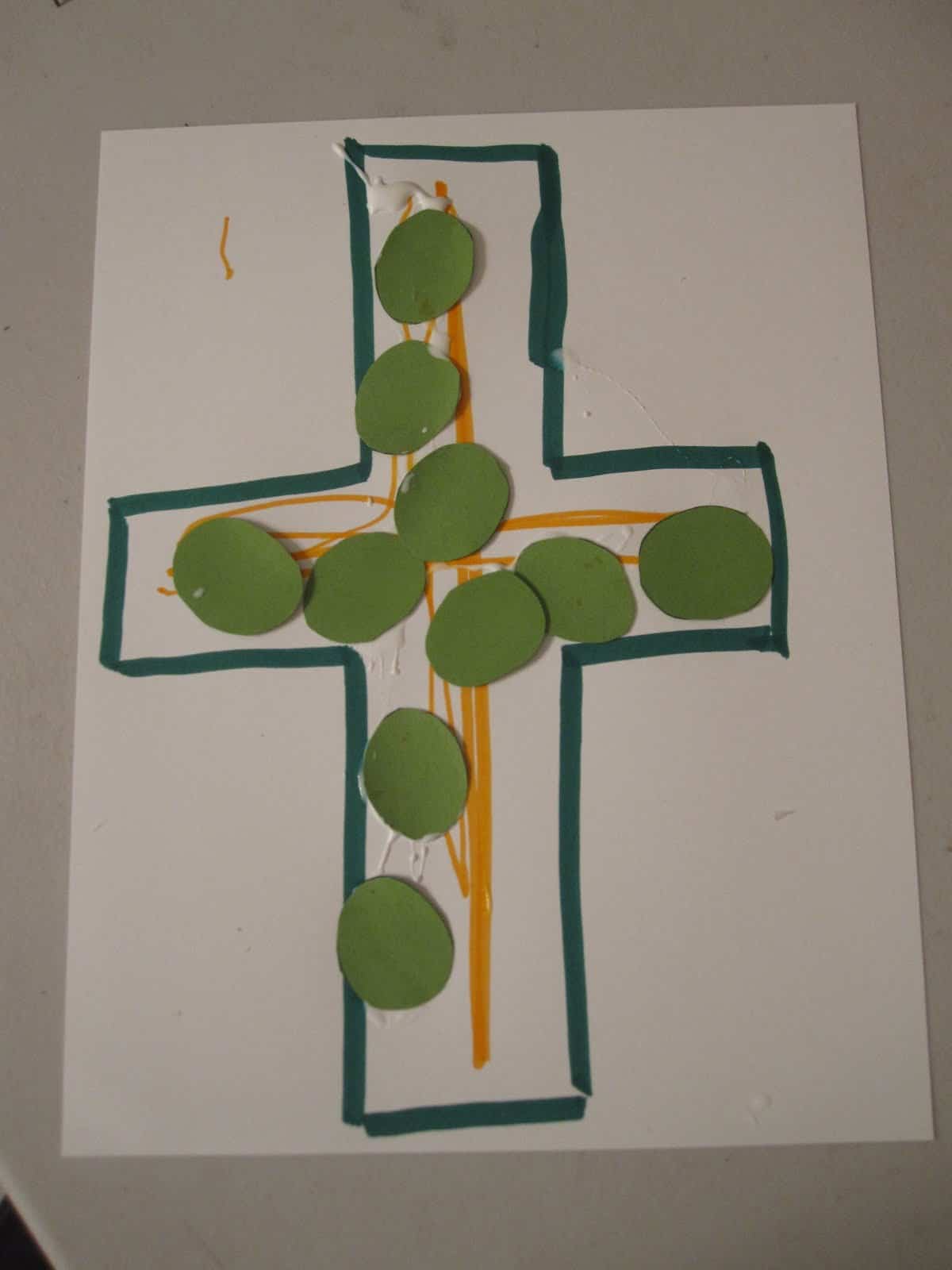 5. Next we used paint to make thumbprint turtle heads. Don't use your do-a-dot markers like we did at first! My son pressed too hard and almost broke the markers and was NOT HAPPY when I made him switch to regular paint. 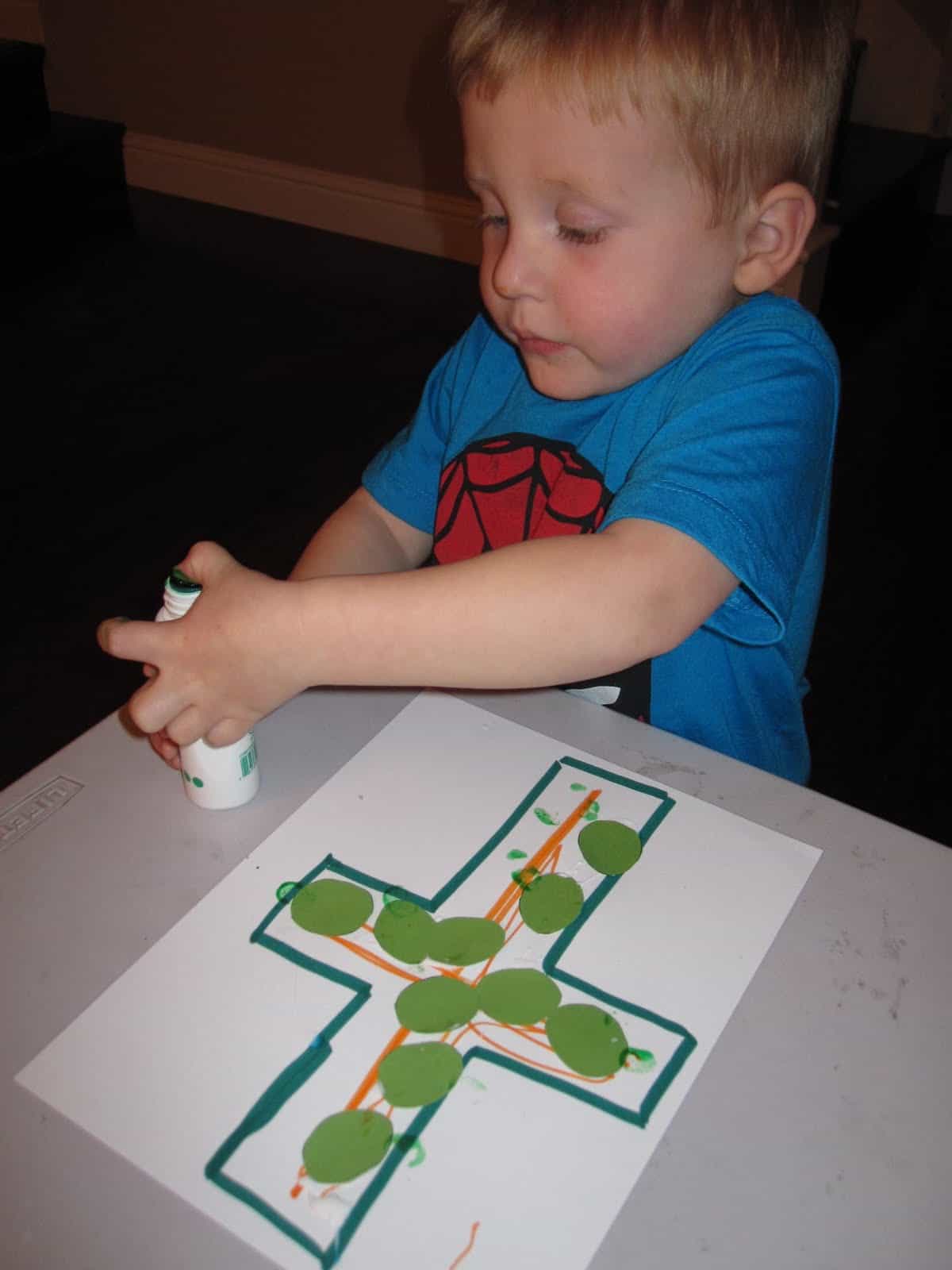 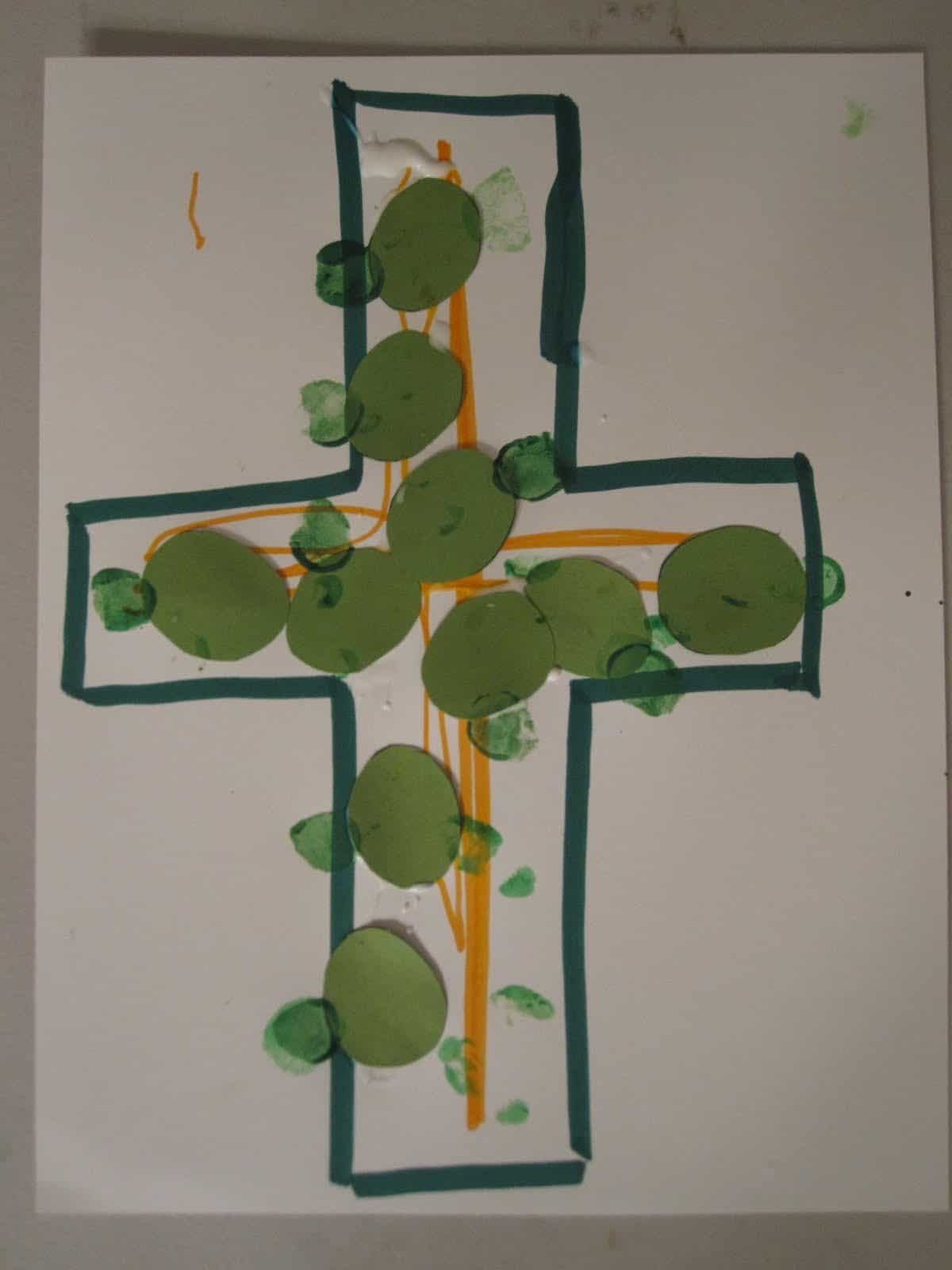 6. Next we used a small piece of cardboard to stamp on 4 legs and a tail on each turtle. This was hard for little fingers. Next time I would make bigger turtles and fewer of them. 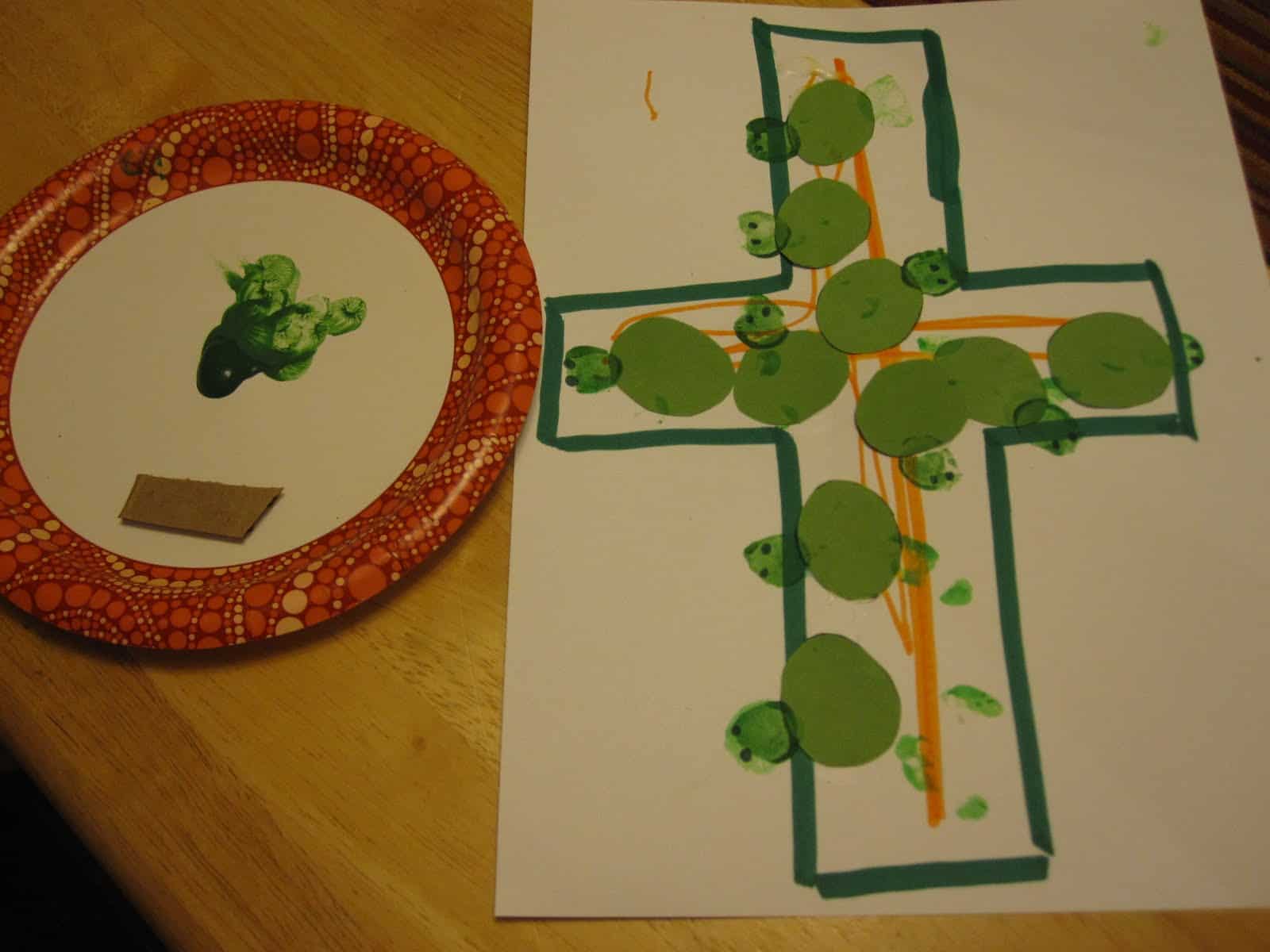 7. We add eyeballs with a marker and then we (I) cut out the t and mounted it onto brown paper. 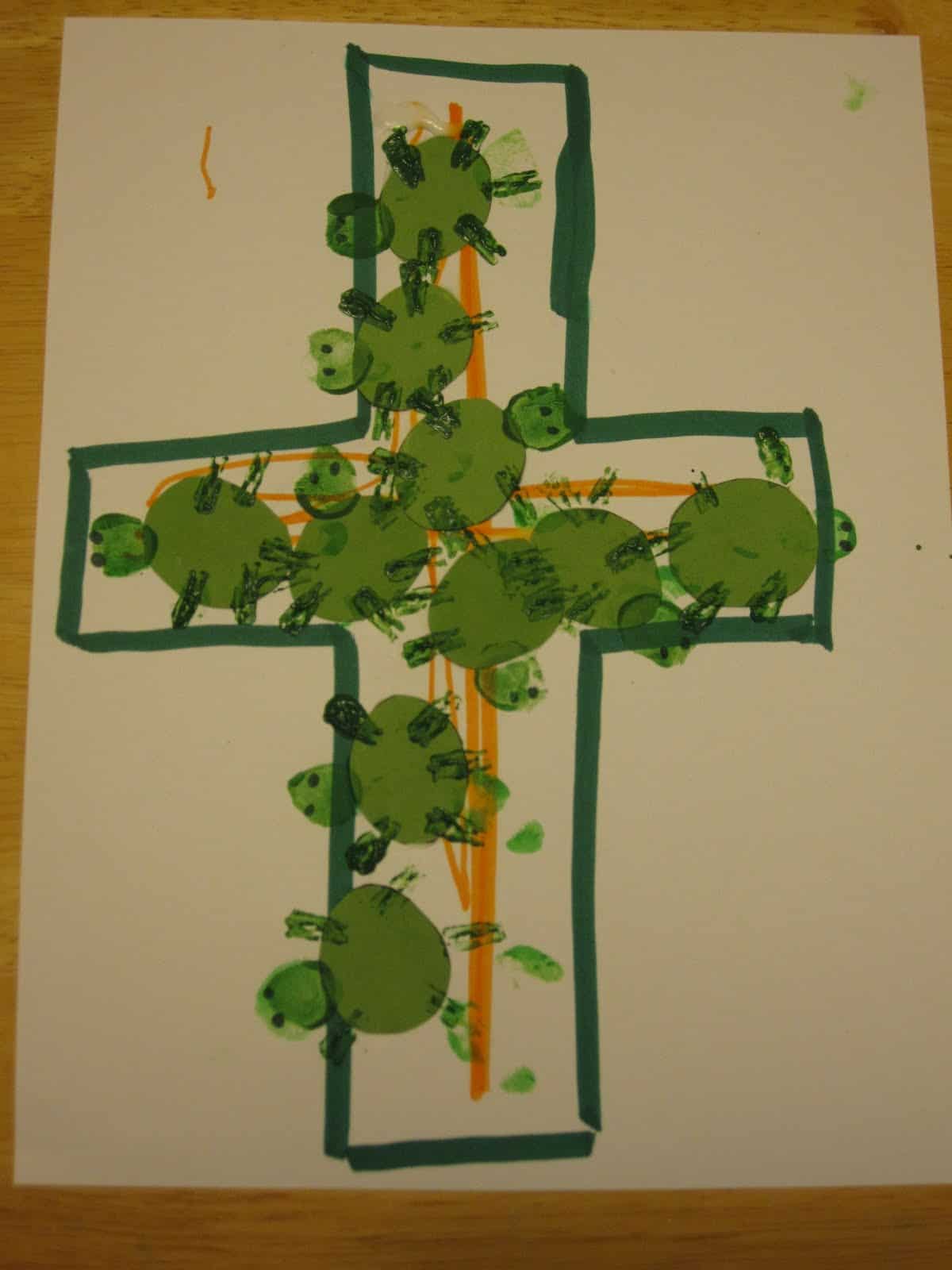 It is now prominently displayed and is helping us remember that turtle starts with the letter t! 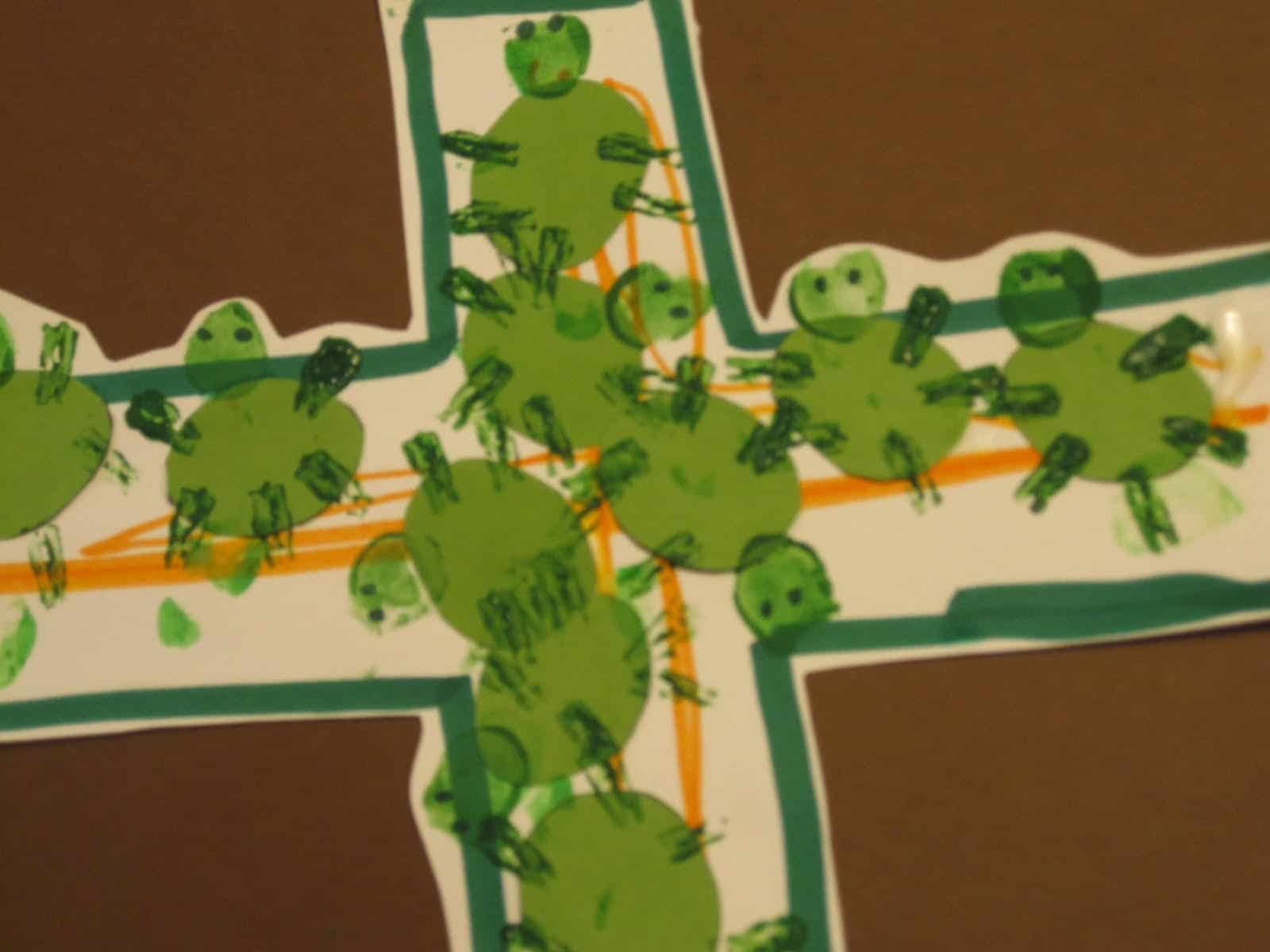